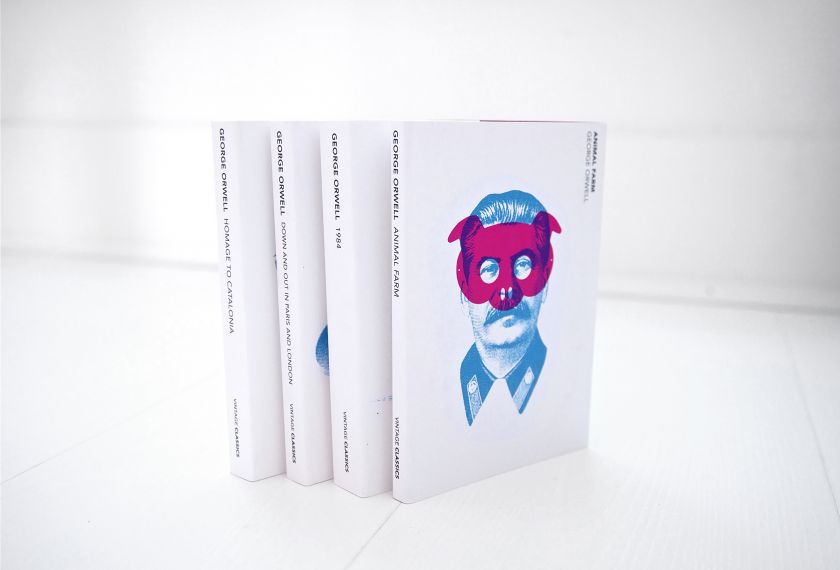 All images courtesy of Penguin Vintage

It’s been roughly 13 years since Penguin called upon the talents of to create the covers for George Orwell’s Nineteen Eighty-Four and Animal Farm. Now UK based artist is following in his footsteps with cover art for the publisher’s final printed versions of four of the epochal author’s greatest works.

Unless you’ve been hiding under a rock your whole life, then you’ll know Orwell is one of England’s most iconic writers and social commentators – his work characterised by its satirical commentary, scathing social criticism, distaste of totalitarianism, and outspoken support for democratic socialism.

On 21 January, it had been 70 years since Orwell’s death, so to mark the occasion Vintage Classics will publish four of his most famous works: Nineteen Eighty-Four, Animal Farm, Homage to Catalonia and Down and Out in Paris and London – all with updated and reimagined covers, produced with creative direction from Suzanne Dean and artwork and design by Heath Kane. 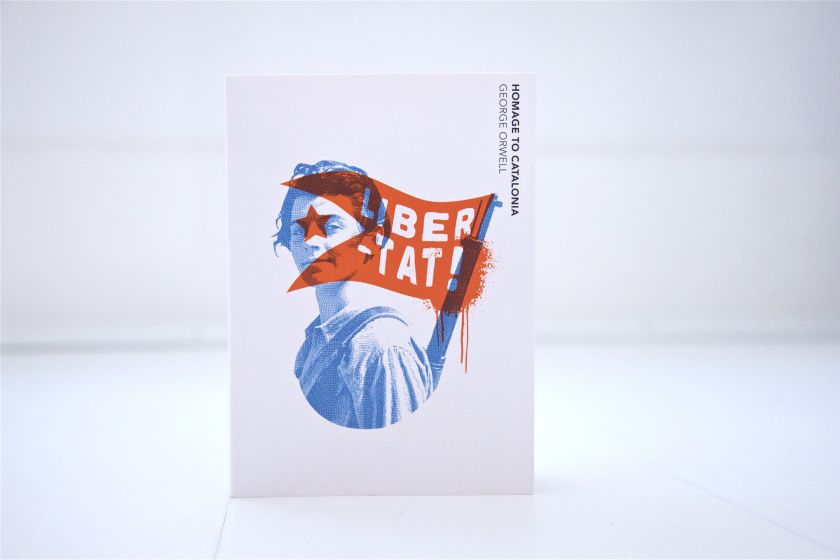 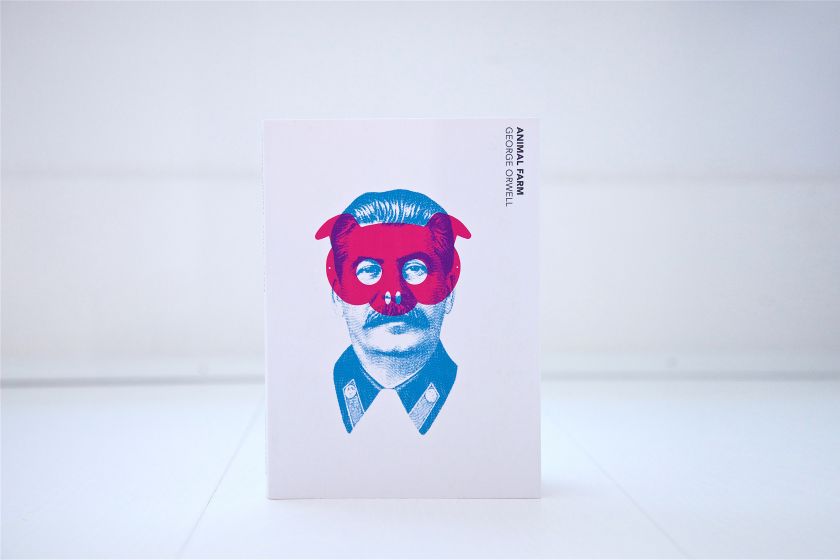 Of course, if anyone who loves book cover illustration and design will know, George Orwell titles have been a constant source of inspiration since the author began his association with in 1940. If we look at Animal Farm, for instance, its original Penguin ‘triband’ design in 1951 was created in 1935 by Edward Young, the publisher’s first production manager, and refined in 1948 by the typographer Jan Tschichold.

Later, in 1965, the same title enjoyed a striking cover illustration by Paul Hogarth, sat alongside a design that used the typeface Joanna, created by Eric Gill. By the end of the 1980s, the Penguin Twentieth-Century Classics series was launched and Animal Farm’s updated covers featured detail from ‘Pig-Spread’ by the artist Ditz.

Marion Deuchers designed the cover for the book’s 2009 version with the daubed slogan, ‘All animals are equal but some animals are more equal than others’. In 2013, designer David Pearson created ten new covers for the Great Orwell series, using bold lettering in the style of a classic horror movie. And finally, Coralie Bickford-Smith created a cover as part of the revived Penguin English Library series, which began in 2012. 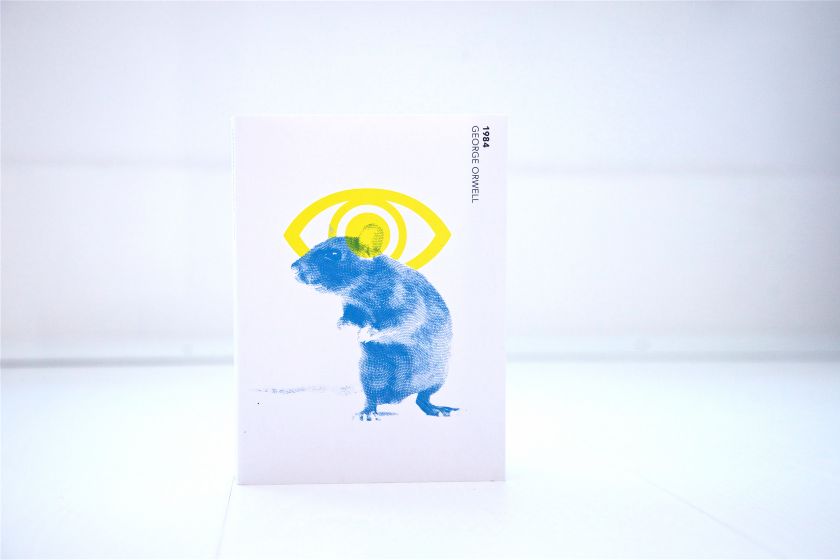 Look back through the various covers for Nineteen Eighty-Four and we see designs by Germano Facetti, photography by Humphrey Sutton, and various featured paintings by Stephen Conroy and William Roberts.

With such a legacy, how does anyone face the challenge of designing fresh covers for books that have not only inspired us for their content; but become beloved pieces of art and design? “To say this was a once in a lifetime opportunity would be an understatement,” says Kane. “Orwell left his mark on me, as he has with so many millions of others. It was a daunting task to be given. Thankfully, my passion took over from my worries. It was also a thrill to know the Orwell Estate ultimately approved my artwork too.”

The books have been released this month and are available worldwide.