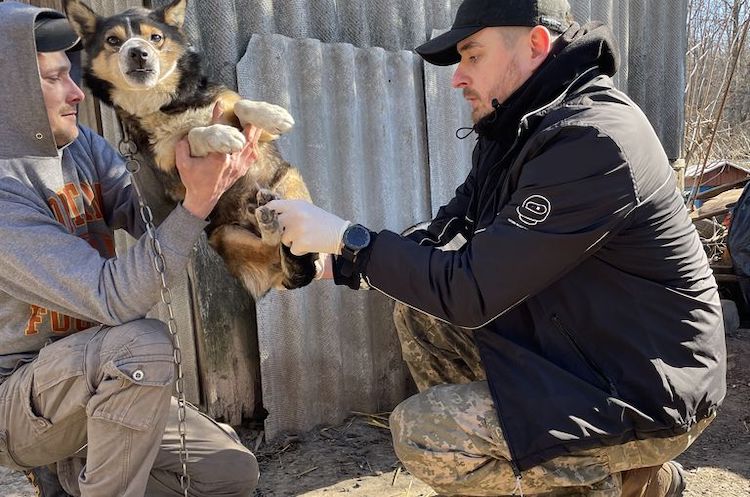 Since the start of the Ukraine crisis, a large portion of the country’s population has fled to safety. According to the , almost a quarter of Ukraine’s population has fled their homes in search of a safe haven—this includes people escaping to other parts of the country and also those crossing borders to neighboring countries. Many families are traveling together, , while others have had to leave their beloved animals behind. Veterinarian Vladyslav Matviichuk was also forced to flee his home and abandon his practice. With his wife, Iryna, and their two rescue cats, Matviichuk found refuge in his parents’ home in another part of Ukraine. He now treats pets with life-saving care for free in his parents’ kitchen.

The continued attacks are leaving many people and animals injured and frightened. Additionally, the ongoing conflict is creating blockades of care for those in need. Despite the challenges, there are rescue workers assisting in numerous ways. This includes offering veterinary care for the animals that remain in Ukraine, as well as treating those that have crossed into safer countries, . To help in the cause, Matviichuk has set up a veterinary hospital in his parents’ kitchen in Kyiv.

“Many animals suffer from explosions, missiles, and tanks,” Matviichuk explains. “Many animals became homeless. Veterinary clinics are destroyed or closed. It is a very big problem to buy food and medicine for animals today. I try to help everyone. I treat and operate at home, take calls, consult online, by phone, by video, if it is not possible to help animals offline. Unfortunately my resources are currently running out.”

Iryna has had to cut up bedsheets to make bandages for the animals due to short supplies. Some of the largest problems animals are currently facing in Ukraine are a lack of pet food, shortages of medication and resources for treatment, a lack of diagnostic facilities in some regions, as well as closed veterinary clinics and pet stores. There are people without enough money to treat animals and the number of strays is increasing because their owners have had to flee the war and leave them behind. There have been many cases where animals were left and locked in apartments where their owners had gone out in a panic with hopes of coming back quickly.

International animal rights group, , heard about Matviichuk’s heroism and provided $5,000 to help with medicine and equipment so that he can continue his life-saving work. The organization is continuing to raise funds for Ukrainians helping animals and has compiled a list of supplies that emergency veterinarians like Matviichuk need. This list includes antibiotics, antiseptics, syringes, and surgical instruments.

“Brave Ukrainian people who are suffering tremendously right now are showing the world how important animals are to them, and that they are also a huge and important part of this humanitarian crisis,” says Fleur Dawes, communications director for IDA. “We’re grateful to our supporters whose generosity is enabling us to offer aid at such an important time and hope Dr. Matviichuk’s story inspires more people to continue to give.”

The heroic veterinarian is hoping to build a network of colleagues to join in his mission to help the animals in need. IDA has organized a fundraiser to help Matvhiichuk and the animals in Ukraine. If you’d like the help, .

Veterinarian Vladyslav Matviichuk was forced to flee his home and abandon his practice. He now treats pets with life-saving care for free in his parents’ kitchen. 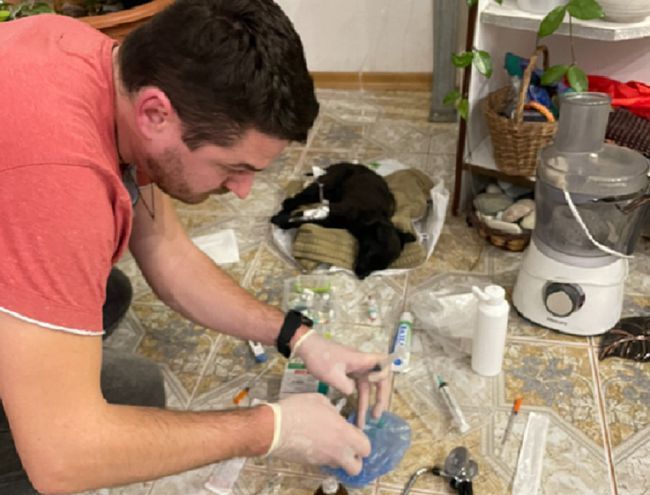 “Many animals suffer from explosions, missiles, and tanks. Many animals became homeless. Veterinary clinics are destroyed or closed. It is a very big problem to buy food and medicine for animals today. I try to help everyone.” 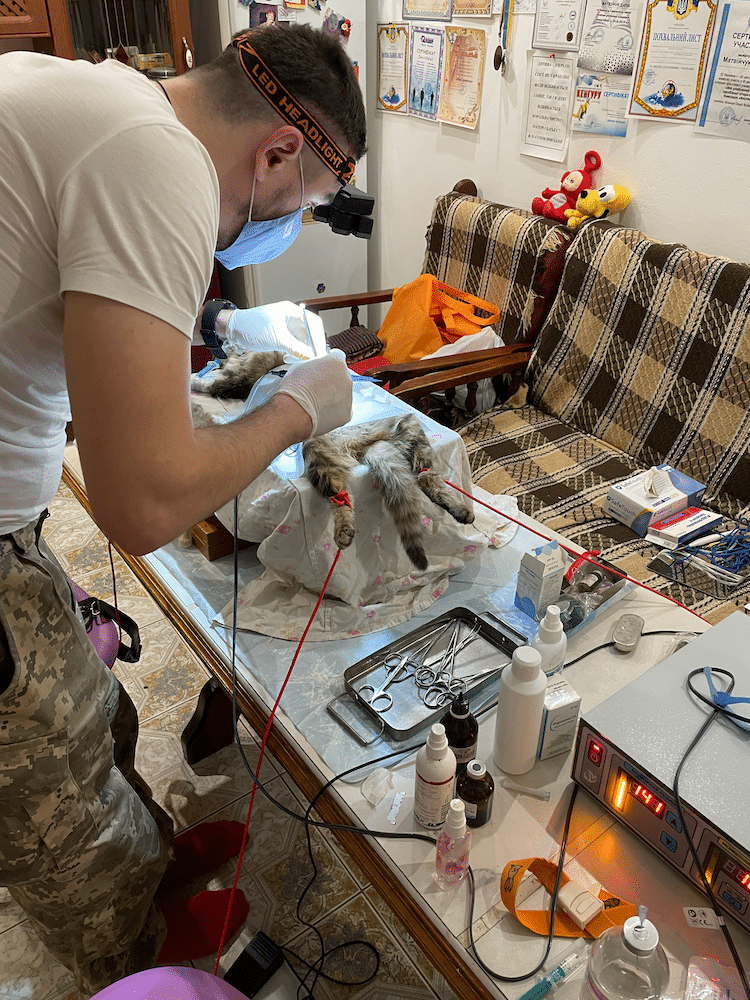