is behind a performance-led visual identity, on-site graphics and campaign for the V&A’s Fashioning Masculinities, a compelling new show that explores how designers, tailors and artists have constructed and performed masculinity and “unpicked it at the seams” through the ages.

The award-winning London-based designer and creative director worked with the world-renowned choreographer, Russell Maliphant, to help tell the story of the history of menswear. Photographed by , the campaign features looks from three designers, Harris Reed, Nicholas Daley and Gucci.

The three variations are all different distinctive silhouettes – “fluid and dress like” from Harris Reed, “tough” to reference Nicholas Daley, and a classic tailored suit from Gucci. The figures are twisted, stretched and charged with energy to create a series of dynamic compositions that celebrate the performance of men’s fashion and its deconstruction. One could say that the dance component of the work goes against our preconceptions surrounding menswear with the performance of each male model being the central theme of the idea. 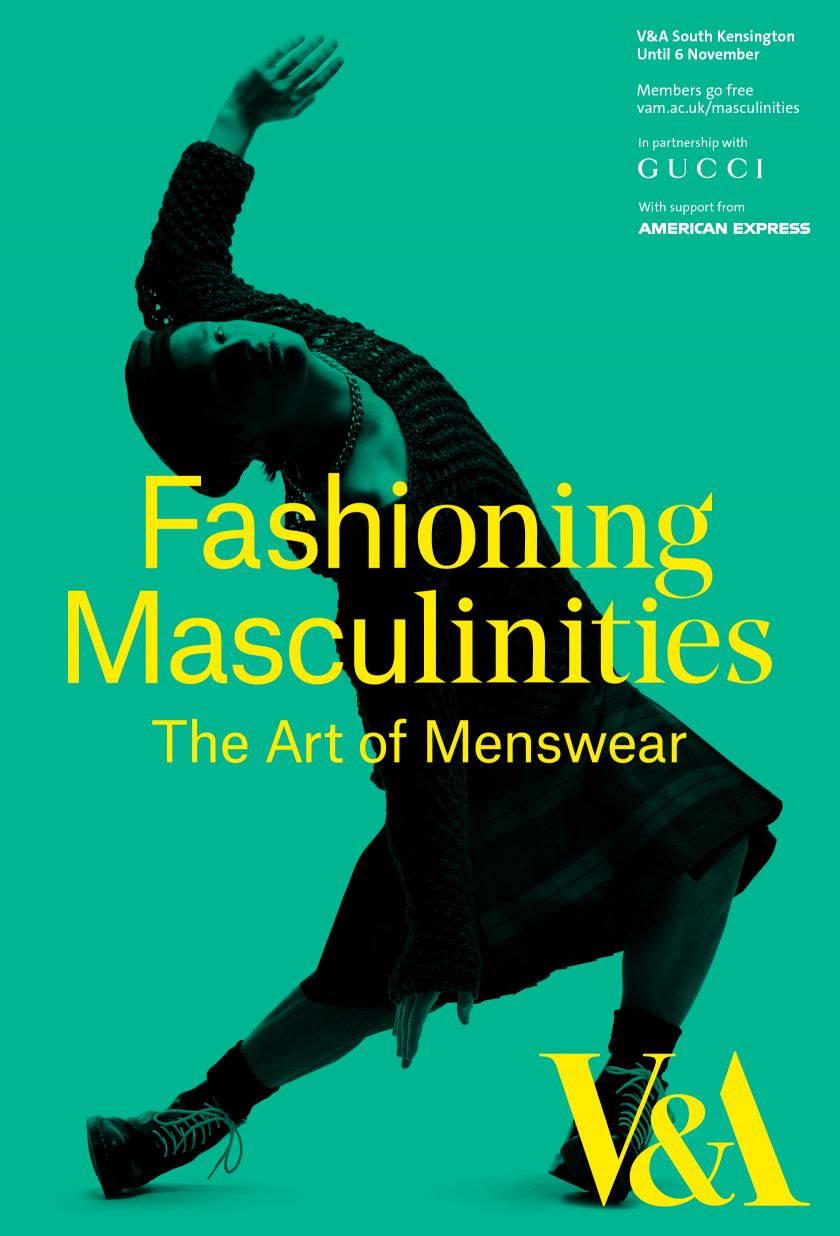 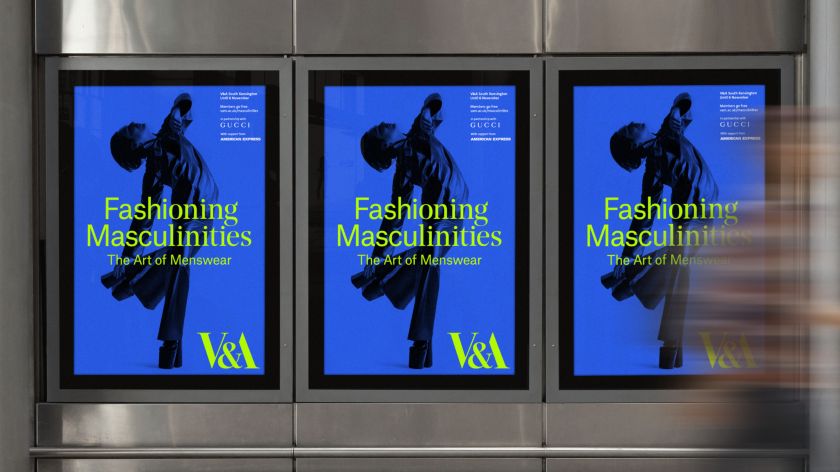 Transformed into impactful, type-led poster designs, which can be seen all over London, Hingston once again brings his multi-disciplinary approach to the V&A, following his notable work for the London museum’s show last summer.

Other collaborations include those with famous artists, such as Nick Cave and Massive Attack, and luxury houses like Alexander McQueen and Christian Dior. Hingston Studio’s output spans a broad spectrum of sectors from beauty and fashion to technology, art and architecture.

Fashioning Masculinities can be seen until 6 November 2022 at London’s V&A, curated by Claire Wilcox. Head over to to discover more or to book tickets. For more on Tom Hingston, visit . 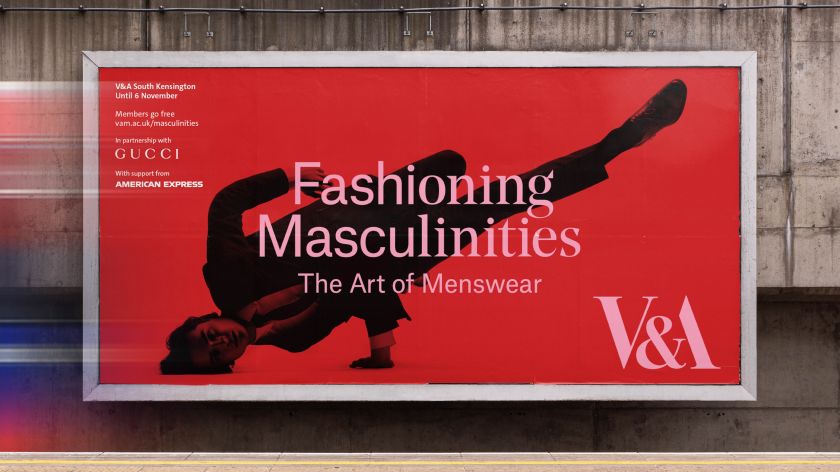 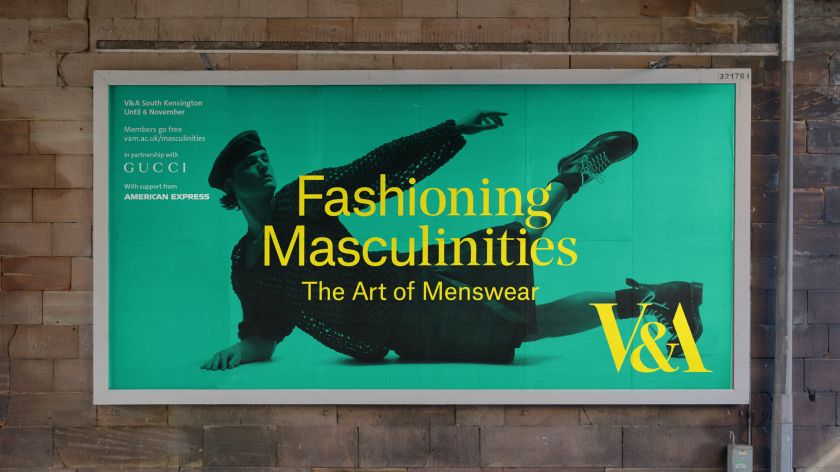 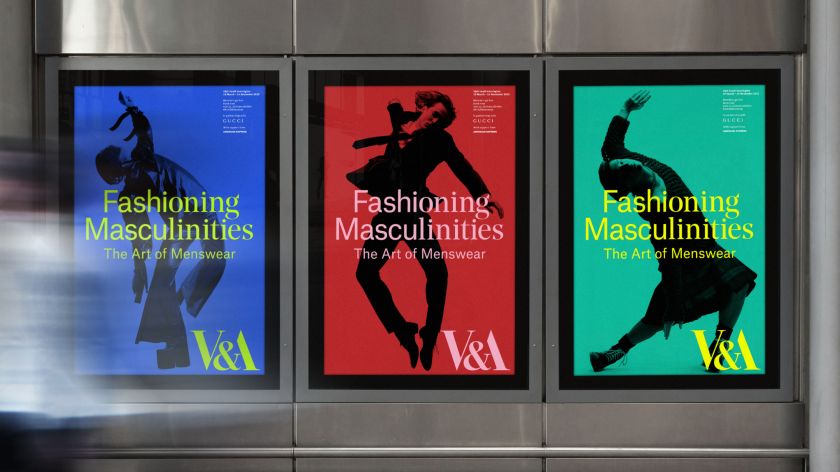