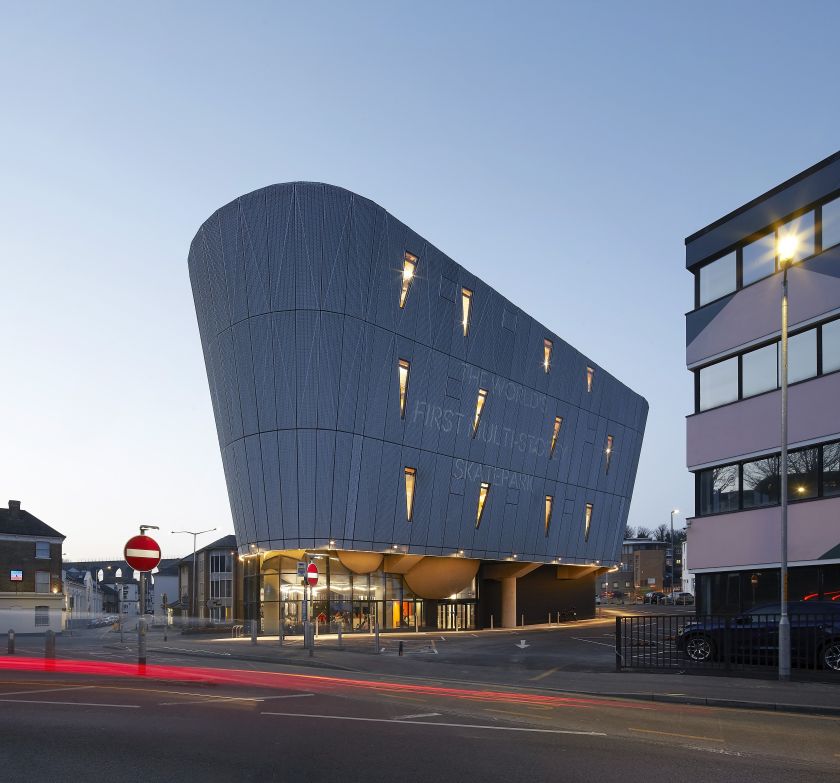 This week has seen the opening of F51, an ‘adrenaline building’ designed by which contains the world’s first purpose-built multi-storey skatepark. Situated in Folkestone’s Creative Quarter, the building is part of an ongoing regeneration project in the seaside town.

Taking its name from its location in the heart of Folkestone, F51 is a striking concrete structure that looks set to become a major landmark and destination for the southeast town. As well as boasting three layers of high-quality skateparks, the venue also contains a climbing wall and boxing ring. And with Paris 2024 just around the corner, it is hoped that it will become the perfect training ground for athletes looking to sharpen their skills before hopping across the Channel to compete.

Designed as a gift to the young people of Folkestone, F51 was commissioned by the Roger De Haan Charitable Trust, which has played a major role in enriching and reviving the local area. By working with renowned skatepark designers Maverick, Studio Hollaway has managed to construct a facility that caters to skaters of all abilities. 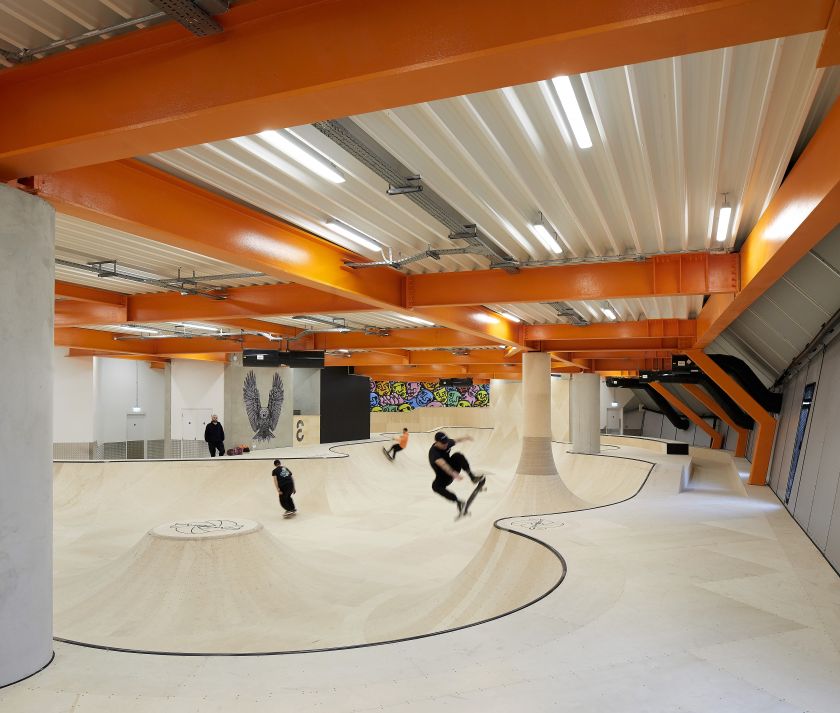 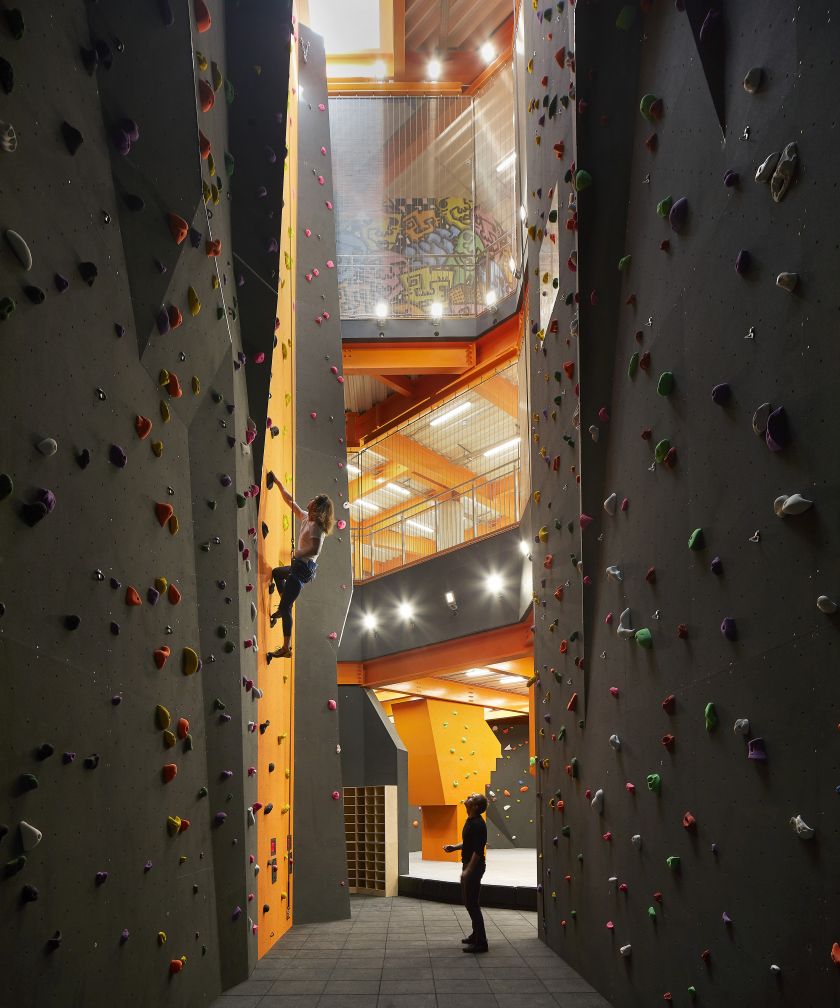 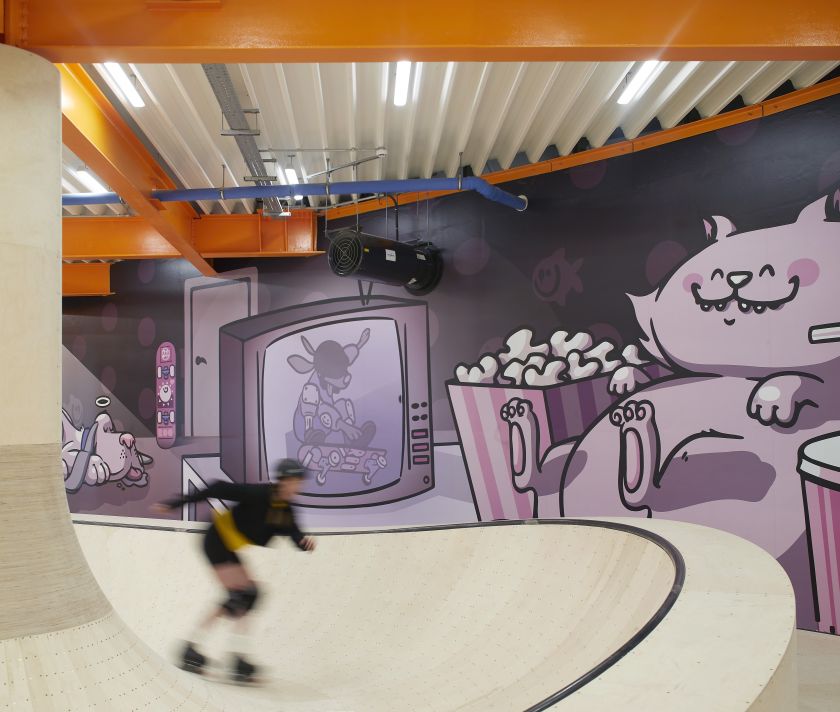 Making the most of its comparatively small site area, F51 grows and expands as it towers upwards. The main event of F51 is the bowl floor, which features huge concrete bowls that appear to defy gravity as they hang in the air, above the ground floor. These bowls dictate the shape of the building and make for a spectacular focal point as visitors look up at them and hear the sound of skaters dropping in overhead.

This design ingenuity also extends to the exterior. By giving the F51 a curved appearance, Hollaway Studio has created a structure that appears to have no end. And thanks to its practically windowless design, it is difficult to fully grasp the enormity of the building from the outside. Only once you step indoors do you realise what you’ve got yourself in for.

“How often does somebody come along in your career as an architect and say, ‘Build me the world’s first multi-storey skatepark’? It doesn’t happen so much. So I understand the opportunity and the responsibility that comes with that and the opportunity to make positive long term change.” 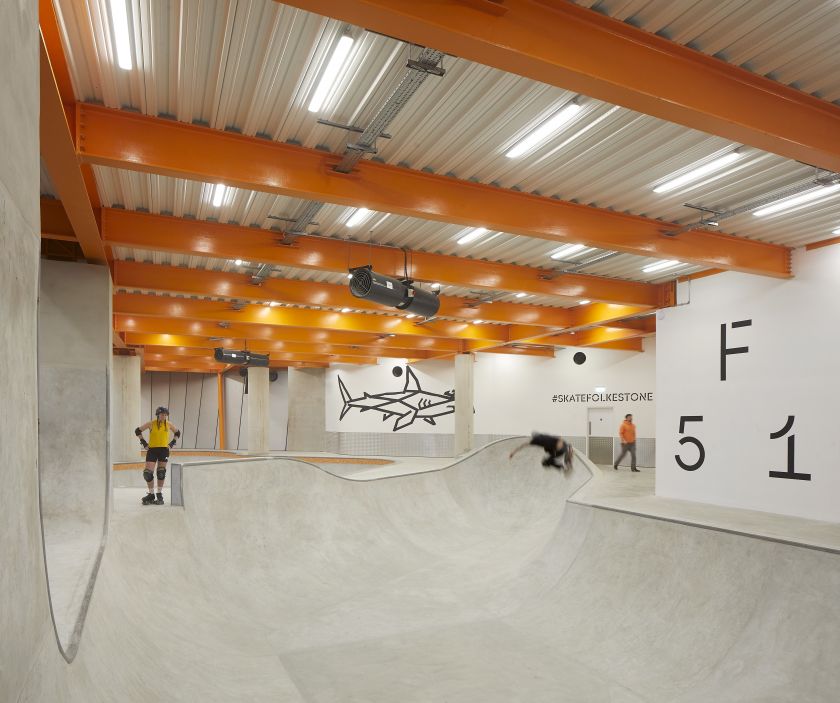 Whereas the bowl floor is made entirely from spray concrete, the remaining levels rely on timber. A wooden support meets the demands of durability, but it is also flexible enough to be modified and upgraded as skating trends evolve.

Russ Holbert, Director of Maverick Skateparks and the man who designed the concrete bowl level, says: “F51 is such a special project. A once in generation idea. The bowls are unique. We love how they form part of the structure of the building and that the bowls and the building merge so effortlessly. They are challenging and progressive creations of the highest quality – competition standard structures that sit up in the sky. They are on another level!”

Piers Chapman, managing director of Cambian Engineering Solutions, who designed the two timber levels – the flow and street parks, added: “Cambian is proud to have brought to F51 two unique designs that offer a stark contrast to one another, and both formed beautifully from the world’s most sustainable material, wood.

“Stand-out projects like F51 are often talked of but rarely happen! The journey to create F51 has been full of world firsts, and we know the results will speak for themselves. It is an incredible commitment to the action sports community in the UK.” 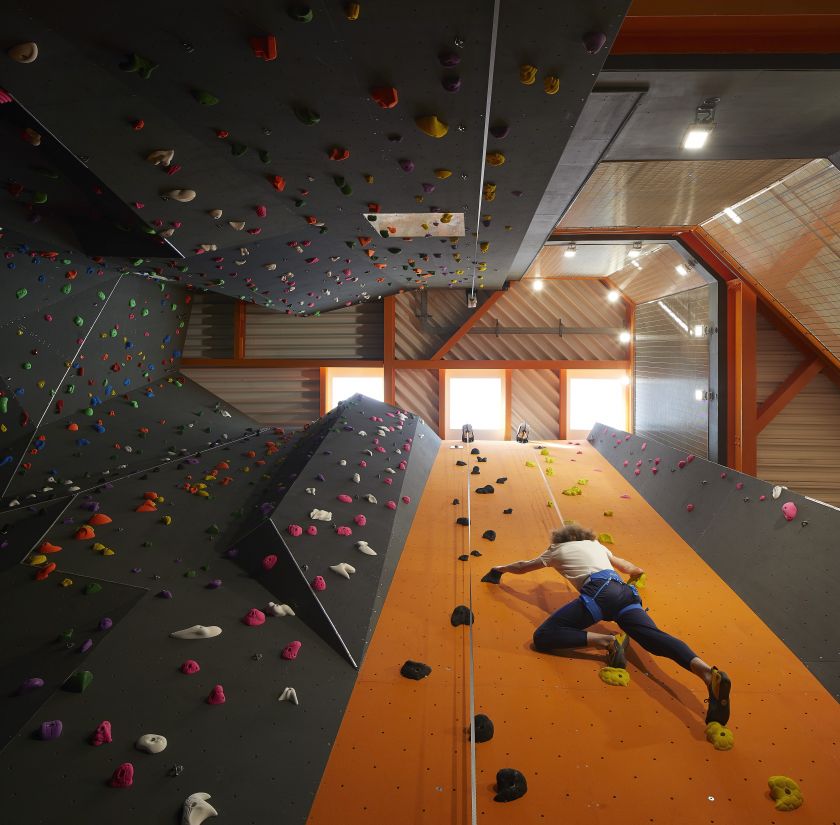 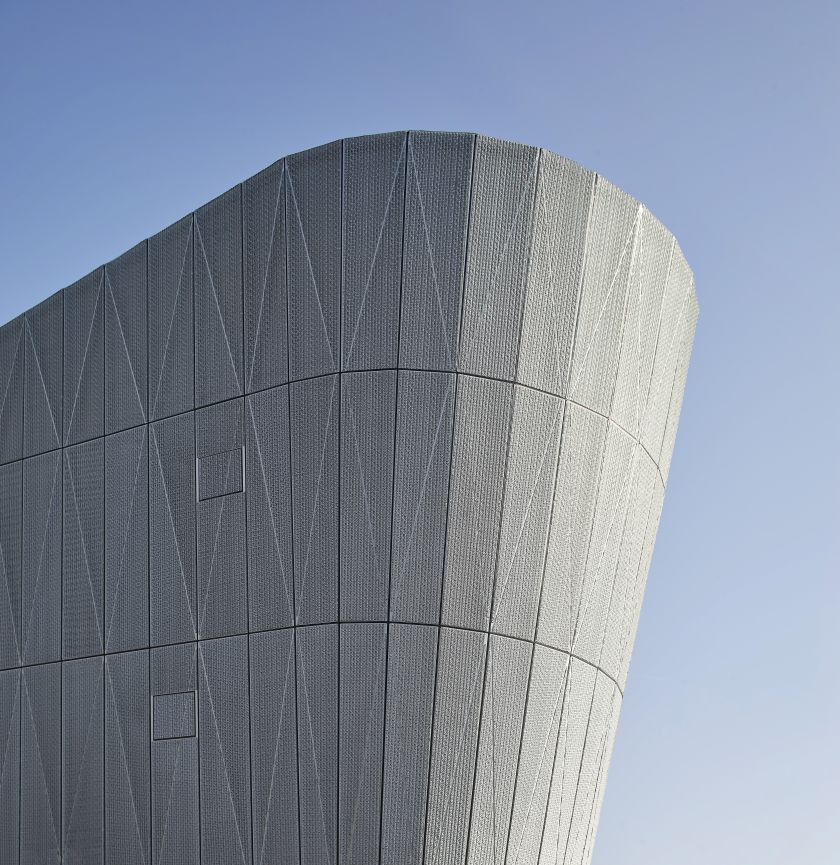 As well as giving back to the area by providing an area for young people to skate and exercise, F51 will serve the deprived ward by offering membership set at a notional amount of £1 each month. With the pandemic having impacted young people particularly hard, it is hoped that the facility will promote generational and regional regeneration.

Guy adds: “I’m passionate about the change that’s happening here and how we can make positive change and how, in our own small way, in terms of the buildings we are creating, these can bring about new beginnings and a different feeling about the place.”