How an Analog Astrophotographer Created a Multi-Exposure Lunar Eclipse Photo 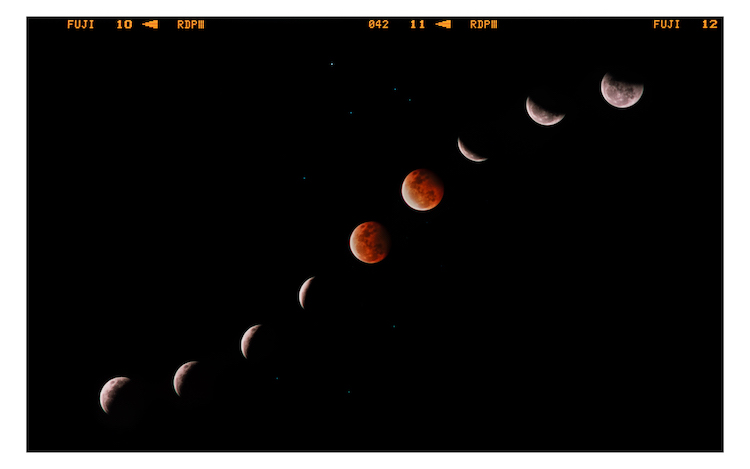 Australian photographer is known for his analog astrophotography. While shooting the stars on film may seem daunting, it’s not as hard as you’d think. Recently, De Freitas took the time to break down his process for photographing a lunar eclipse on film.

These days, with most photographers working digitally, this type of image is simply composited together in Photoshop. But for De Freitas, who works in-camera, this wasn’t an option. He was looking to challenge himself when he decided to take a multiple-exposure shot of the eclipse. While it would take some careful planning and research, the result would be well worth it.

Here’s a bit of what went into creating De Freitas’ incredible shot, which is now .

First, De Freitas needed to understand what the composition would look like, so he used a free planetarium software called to plan his photograph. Stellarium allows users to enter their sensor or film size and then spits out a preview based on the focal length. 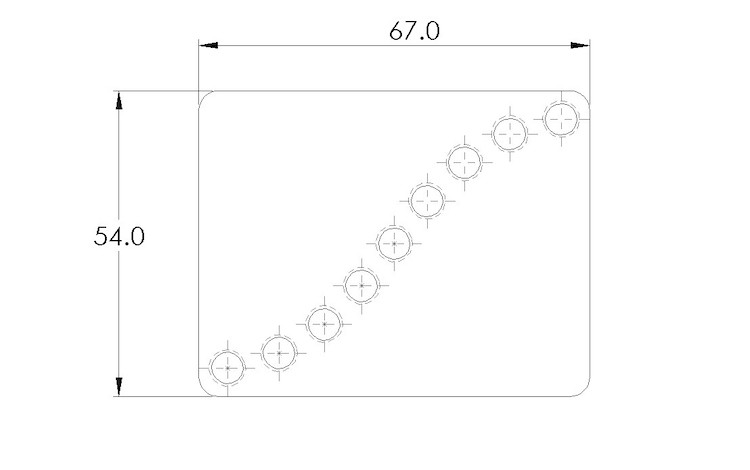 Armed with that information, he generated a Photoshop plan based on the 600 mm lens he planned to use. The next step required him to think about how to ensure that the moon was in the proper position before he clicked the shutter. By creating a template on simple transparency paper, cut to the size of his viewfinder, he solved the problem. Once the template was installed, it was clear where the moon needed to be in the viewfinder to bring the composition to life.

The last step was to work out the exposure, which was easy enough using . 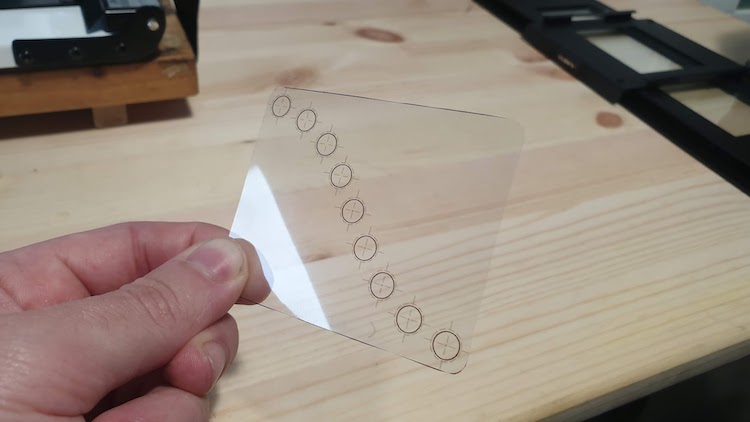 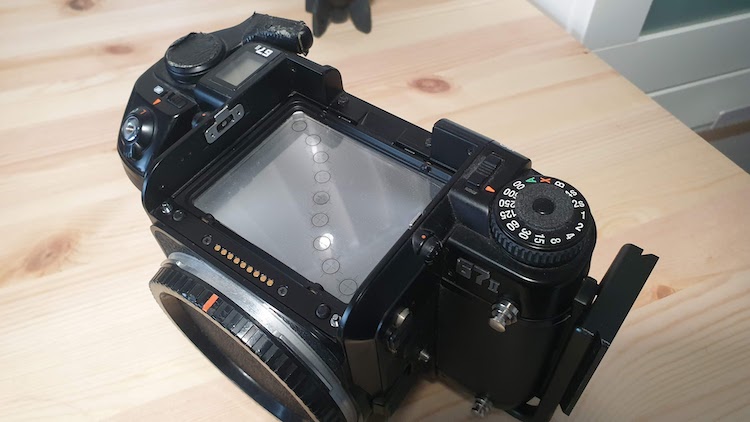 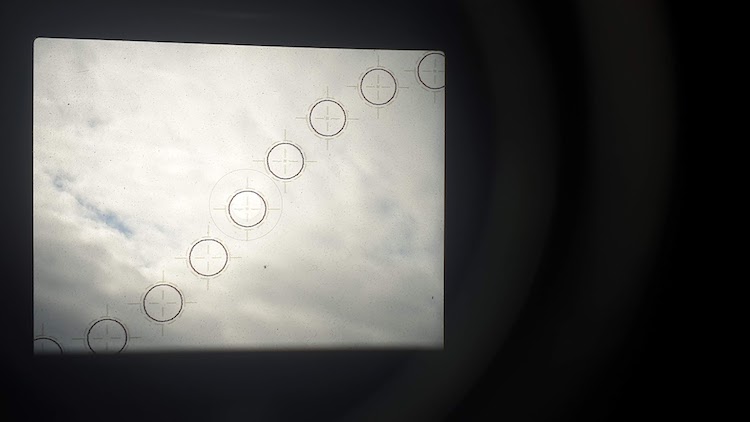 Of course, one can’t attempt this type of photograph without the right equipment. De Freitas used a Pentax 67ii with the Takumar 600mm f/4 on a SkyWatcher NEQ6 equatorial mount for the shoot. The equatorial mount ensured that he’d have good stability even during long exposure shots. 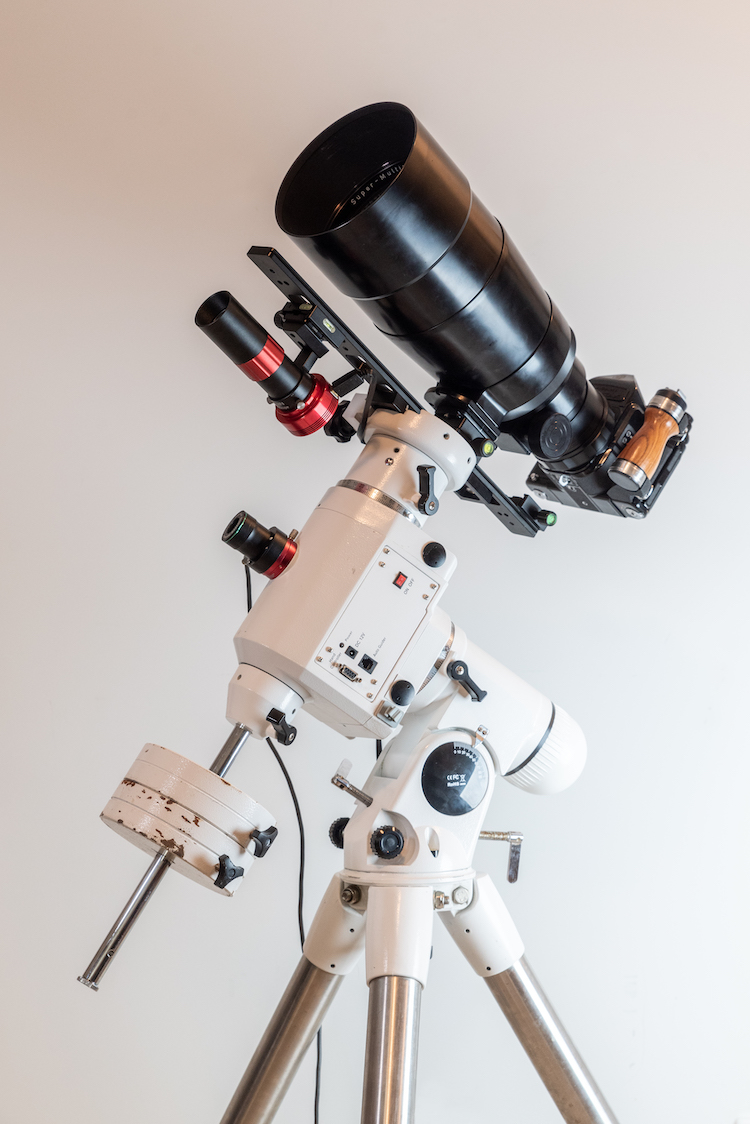 So what was the most essential piece of equipment to make the shot happen? “It’s a close race between the lens and the equatorial mount but I’d say the lens I used was the most essential,” De Freitas shares. “I believe I could have taken a similar shot from a sturdy tripod but not nearly as sharp, however that would only be because of the lens I was using. The lens is a ginormous Takumar 600mm f/4 that would easily be mistaken for being a telescope. The large aperture lets a lot of light through for such a long focal length—and getting enough light is the biggest limitation with shooting astrophotography on film. Without this lens, I would not have been able to take this shot on a medium format slide and create this unique photographic artifact.”

The evening of the eclipse, everything began smoothly, as his template allowed him to easily line up the shot. However, as often happens in photography, you need to be prepared for any situation. After taking the first three shots successfully, the camera didn’t register the multi-exposure lever and the film advanced when he took his fourth photo. While this certainly must have been frustrating, De Freitas simply recalibrated his plan and moved forward with a partial eclipse to a partial eclipse sequence. 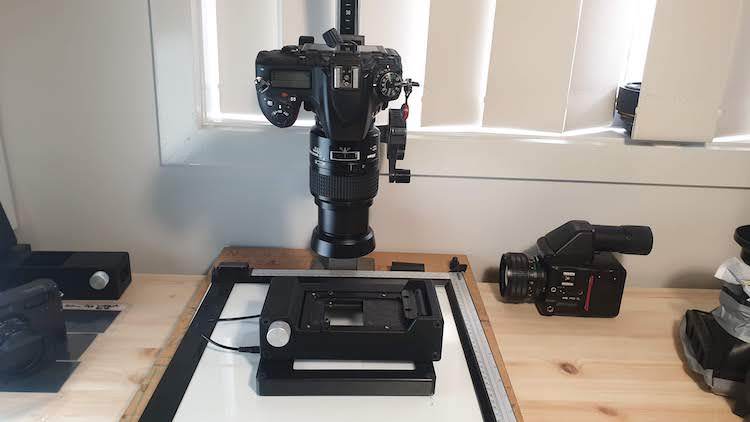 Digital photography gives instant gratification, but since De Freitas was working in film, he needed to wait a bit to see the fruits of his labor. Using a sous vide machine to regulate the temperature, he developed the film in E6 chemistry. The results were exactly as he’d hoped. He then digitized the photo for online sharing and printing, while still making plans to mount the slide in a projector.

The project ended in a success, which is incredible considering that it was a leap of faith. “In a way, the most challenging part of taking this shot is that I only had one chance to do it,” he told My Modern Met. “I put in all this effort to plan out the specific end result I wanted to achieve but throughout the whole process, I had very little indication of whether it would work out or not.”