How Martina Paukova joined the big breathing, bubbling body that is illustration

I’ve met only once, in a mortuary. Drinks were flowing, people were partying, and the night was a long one.

Insert the sound of a needle scratch here as I explain this was an opening party for a Berlin arts event. The mortuary was no longer a crematorium, but a cultural space filled out by the “big breathing, bubbling body of illustration” as calls it. Now that we’ve got all that sorted let’s head into our interview with the artist. Here, she lets us know her bumpy route into the profession, how it was validated by the world’s biggest brand of all time, and how her characters evolve along with her.

Hi Martina, please tell us about yourself and career so far!

I am a Slovak illustrator living and working in Berlin for about three years now. I moved here after eight years in London, where I also did my design studies. My path to illustration wasn’t direct at all – I come from a very tiny town (which maybe explains my fascination with big cities), and I initially finished a Politics degree in Bratislava. Only after that, aged 26, I somewhat found myself drawn to all things visual and since then my career path got – after a few initial bumps – rather linear and satisfying. 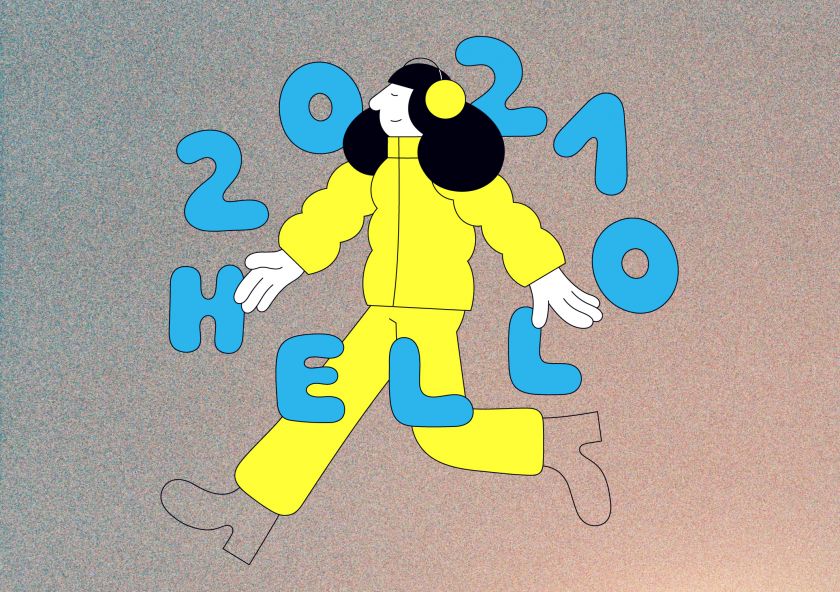 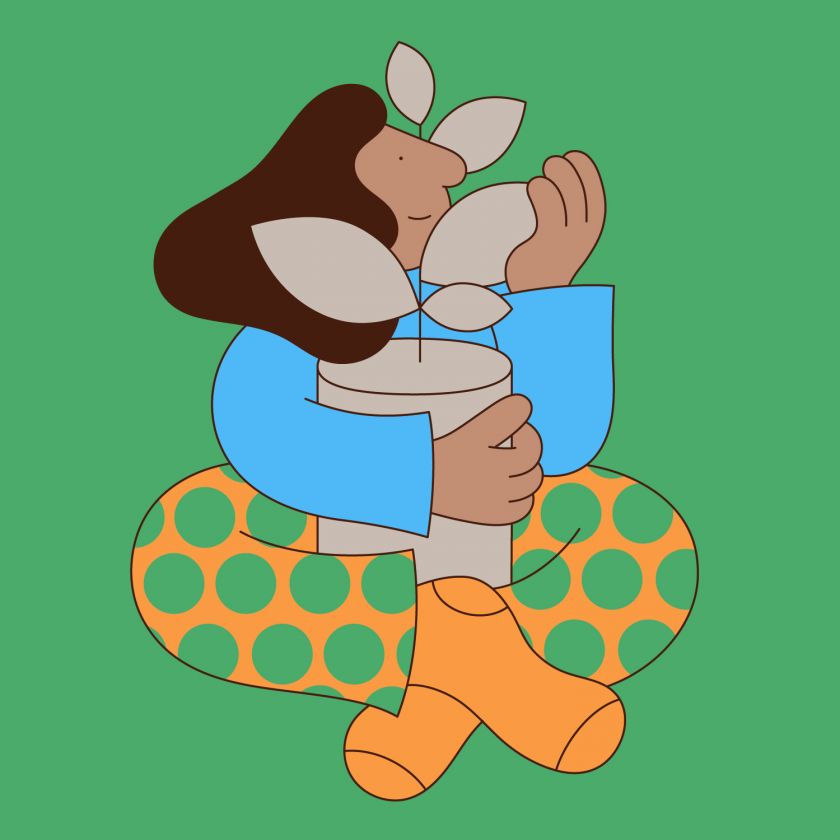 I first did a degree in London, then started working freelance. Now my Apple laptop and Adobe Illustrator are loyal daily companions. I have been lucky to have worked with all sorts of clients: Apple, Google, The Guardian, The Economist, YouTube, ZEIT newspaper are some amongst them. I must have been at the right time in the right place!

What have you been working on most recently?

One recent project that I am super happy about was working with the furniture company Tylko. We’d been speaking about doing something together for about a year, and now it has finally materialised! The result is a series of three images that when put together, form a whole scene. Working with Tylko has been a perfect fit, I feel. Their products are so minimalist and modular – a brilliant addition to the domestic geometric worlds that are such a loyal part of my output as an illustrator!

So yeah, the resulting “triptych” (above) is one long scene with two Tylko shelves in a prominent position and with three characters being leisurely on the floor in front of them – we can see them rolling, stretching and checking their phones. A domestic bliss!

Another recent thing that just recharged me so much on a human and a creative level was my art residency in Venice last September. Titled SPAZI (Spaces) and curated by together with Venice-based screen-printer , it was a week-long affair that I got to spend with another artist – the fantastic . It all resulted in a Limited Edition screenprint called ‘Armchair and me’, available for sale on Fallani’s website or through Illustrazioni Seriali!

Working on something purely personal and then seeing how it comes to life as a large screen print was so lovely. Many other female illustrators were part of this too – Elenia Beretta, Michaela Picchi, and Beya Rebai, we were a whole crew! And I have to mention Chiara Pozzi, the generous brain behind this all! The overall concept was to develop a visual response to the title, find a way to interpret “the space” we occupy, or occupy us, especially now in the framework of the global pandemic. It was fun! 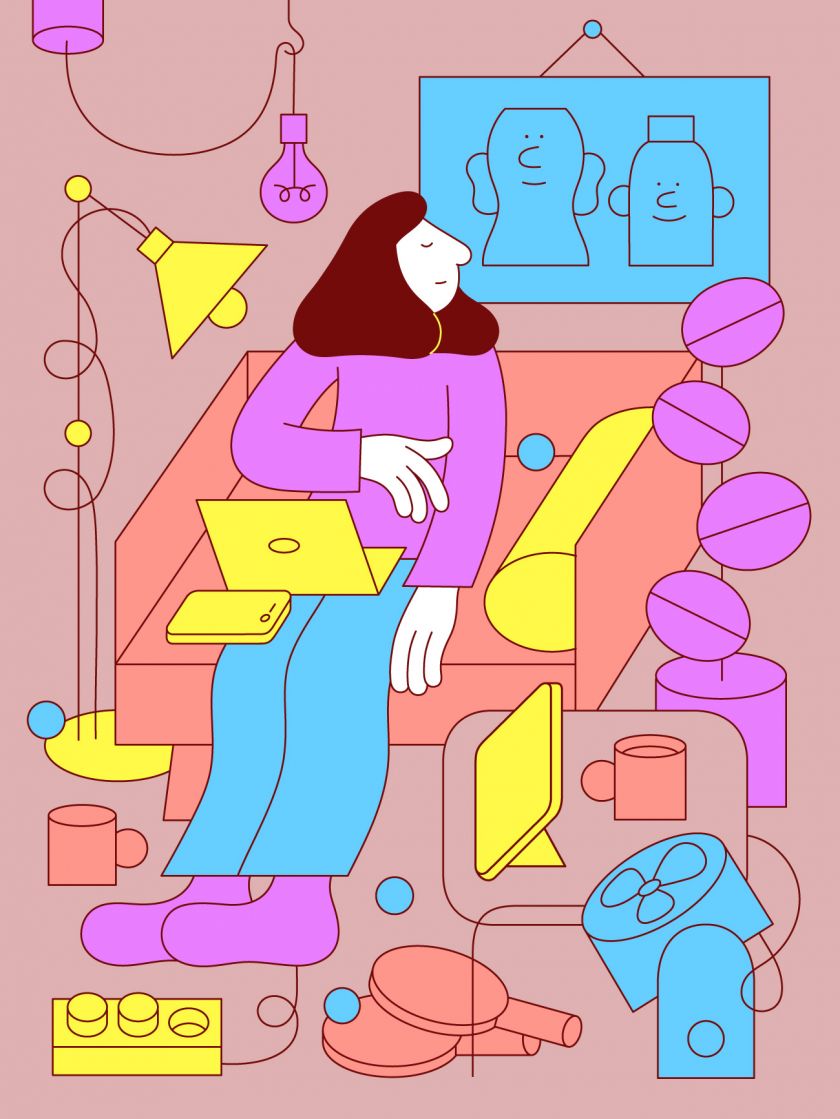 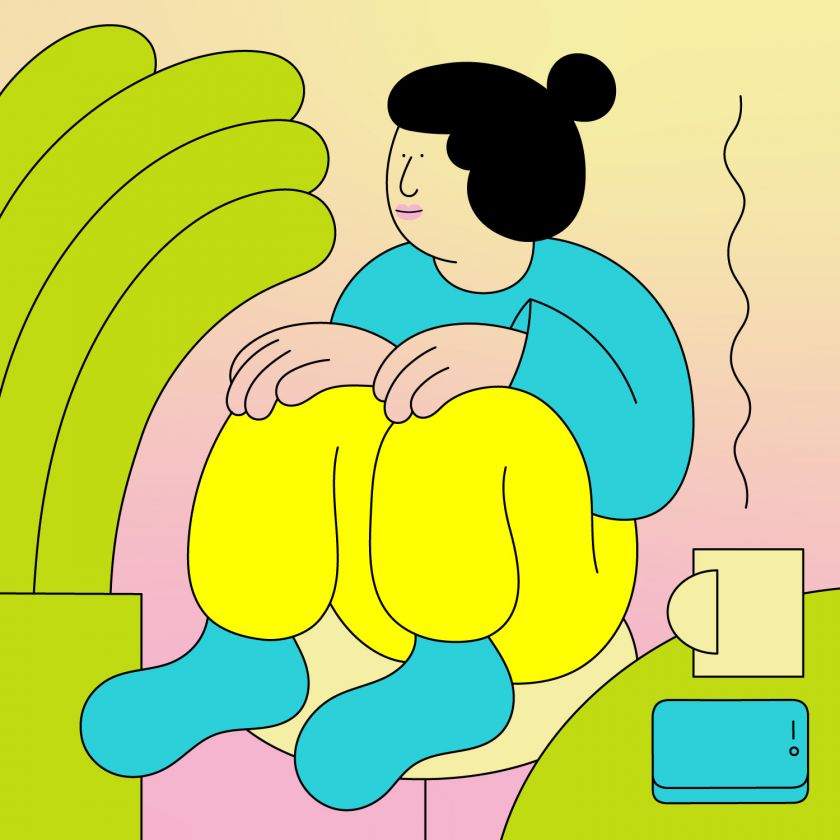 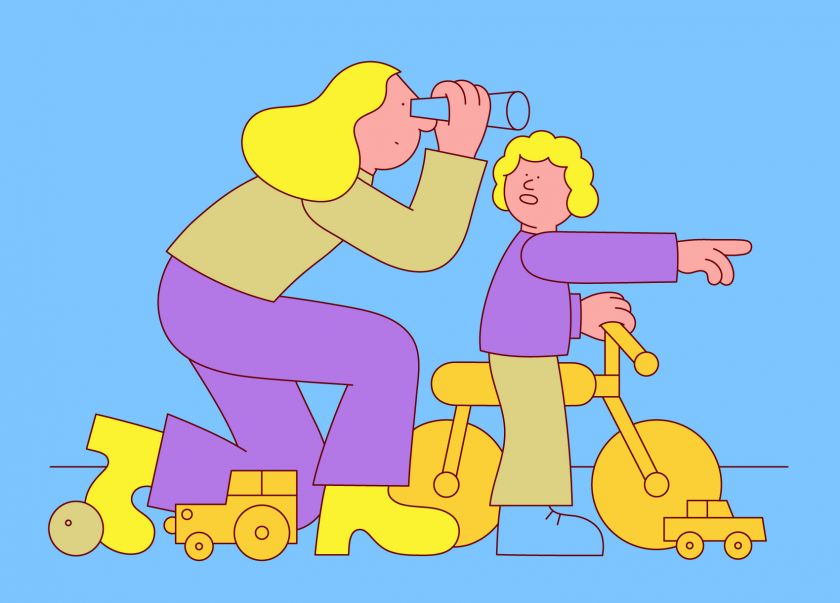 What projects are you most proud of so far in your career?

I guess it may have to be working with Apple. We’ve worked together a couple of times already, most of the times me doing an image for their App Store. And yeah, somewhat the fact that the leading brand chooses your work amongst hundreds available provides a rather satisfying validation.

Another one that I keep thinking fondly of is working with Pull & Bear at the very beginning of my career. They flew four of us to Barcelona to custom paint on some retro vans, which were later part of an installation. I was a very new addition to the illustration market back then, so the whole experience was rather mind-blowing! And it was so nice to meet and hang out with such stars back then as , Micheala Picchi or Shoboshobo! I’d do it again.

How would you describe your style, and what inspires it?

I’d describe my style as flat, awkward and geometric. And with loads of colours! I’ve been drawn to depicting very daily, mundane scenes with a little story locked within since the very beginning. You would see this character or a bunch of them, going about their day, being glued to the computer or the phone and in constant awe of the world around them. It’s me in a nutshell, multiplied.

Hmm! Digitally, I decided to spend more time with my characters; I’d like to push them, make them more expressive, add a particular movement. It should show they are maturing the same way I am. Also, since I got my iPad Pro about a year ago and started to draw with it, my work and the characters have become way more gestural and somewhat more alive! Their usual rigidity seems to be melting away, which is very exciting for me! 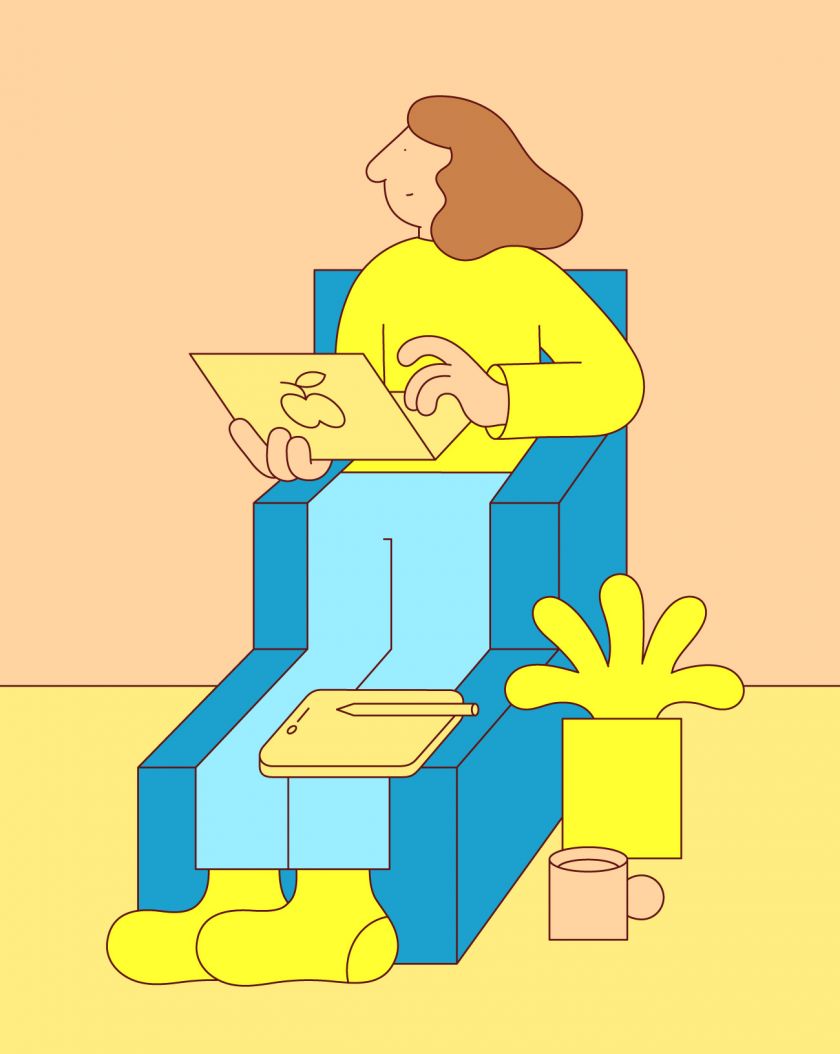 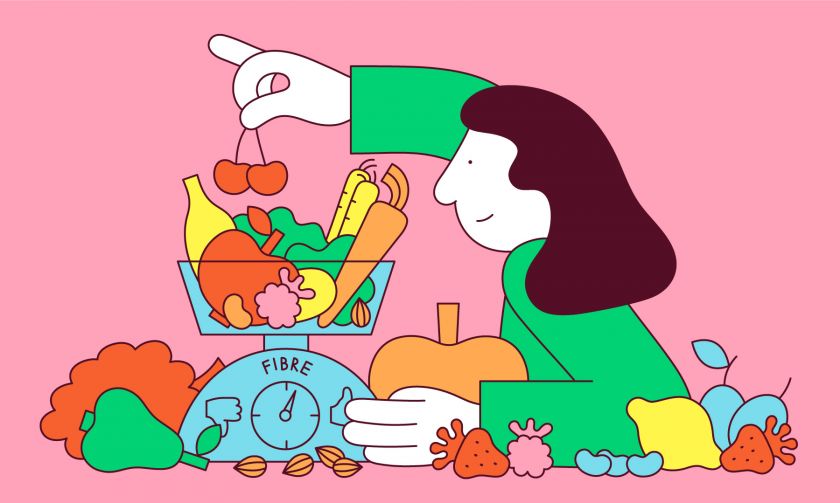 Drawing with a Wacom pen and constructing the shapes vector point by vector point feels just so different from drawing on the iPad, allowing so much more. These days I am a massive fan of Procreate app for sketching and then iPad’s Adobe Illustrator for the linework. It did take me some time to get a grip with this workflow, but the results are here! Characters are smoother, plumper; there is more movement, I am super happy. Also, as of yesterday, I started adding lips to the mouths of my illustrated girls! A little personal victory, believe it or not. Soon long gone will be times where the mouth was only a small genderless graphic line: here comes the time of more feminine and expressive mouths! Oh, and my major plan number two is to play with things tactile, possibly textiles. Let’s see!

Who or what are your biggest inspirations?

I guess it will have to be the whole of the illustration industry around. Everything is so available and interconnected, and people’s styles are leaking into each other so much. The whole thing is one big breathing, heaving, bubbling body, changing shape almost daily. It’s very inspiring to be observing and feeding on that energy! And two people whose work I consistently adore will have to be and . I’ve been following these two for some years now, and my affection is just so persistent. Oh, and my most recent discovery is American painter . I love her women. 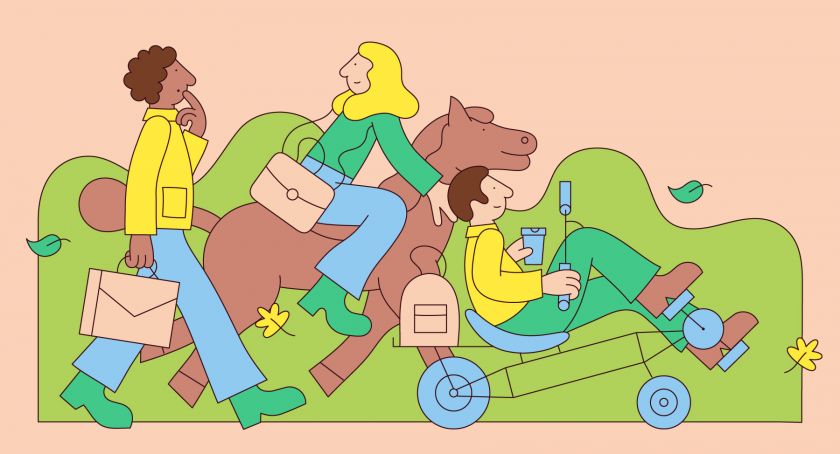 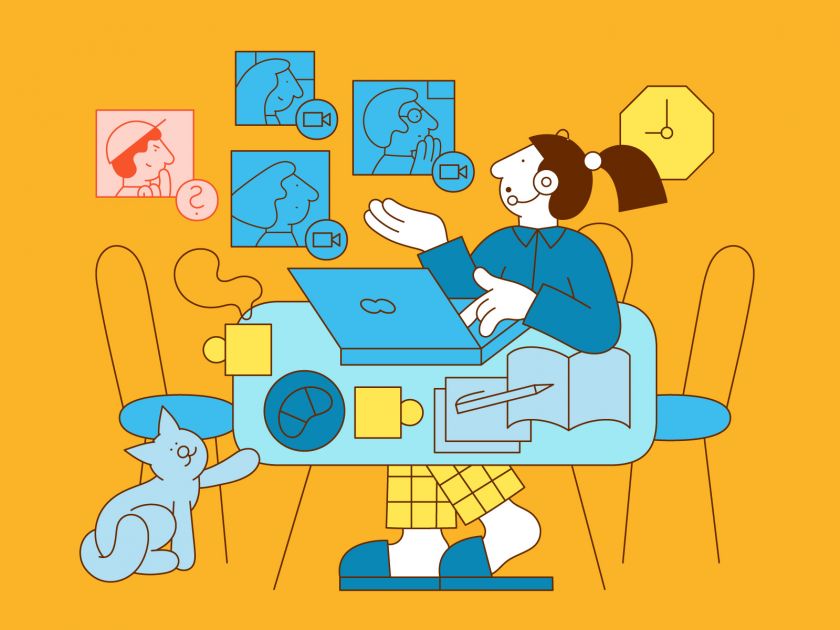 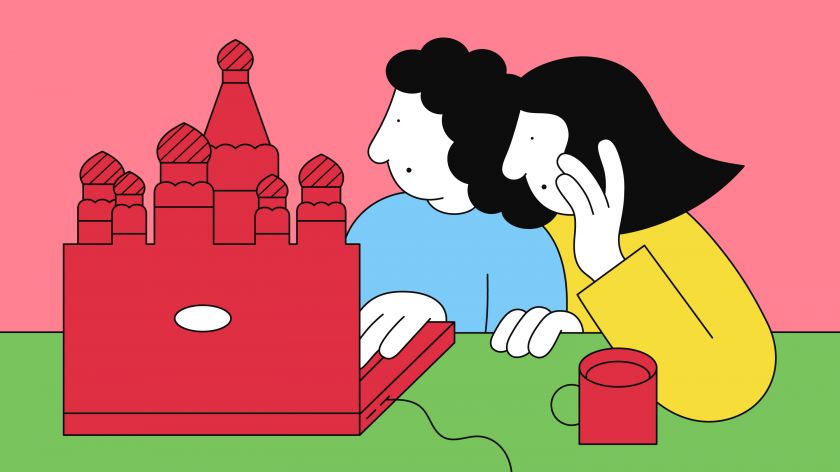 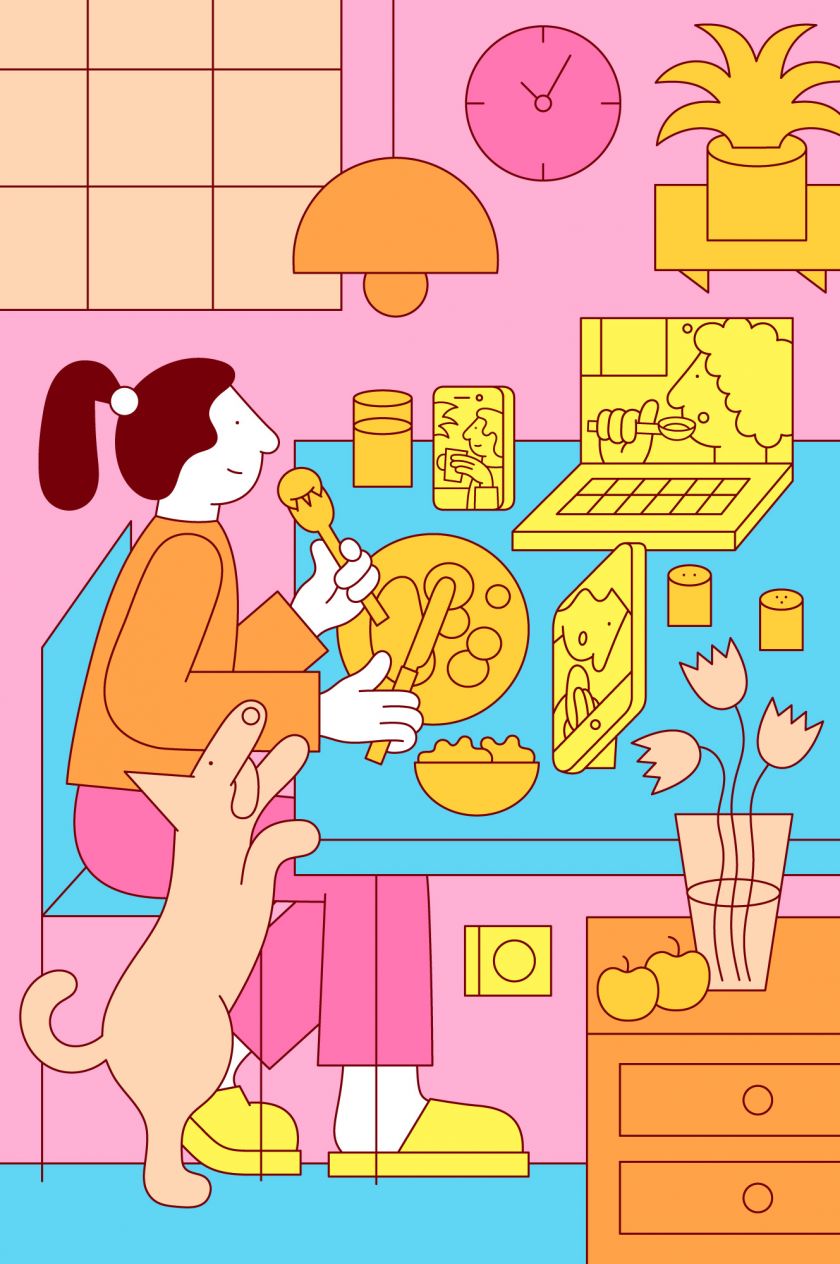 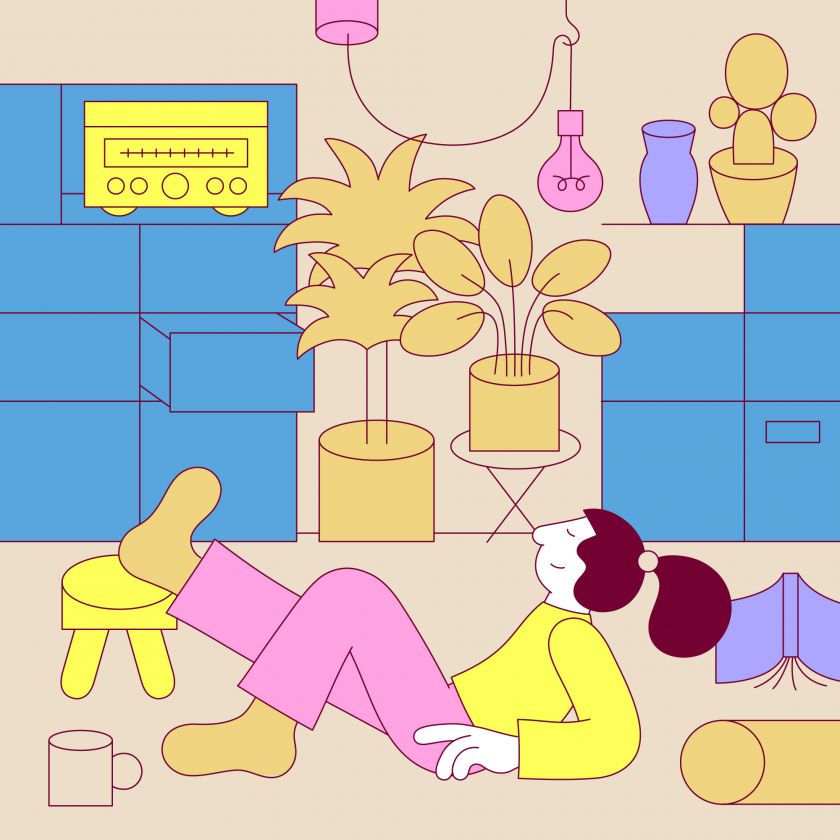 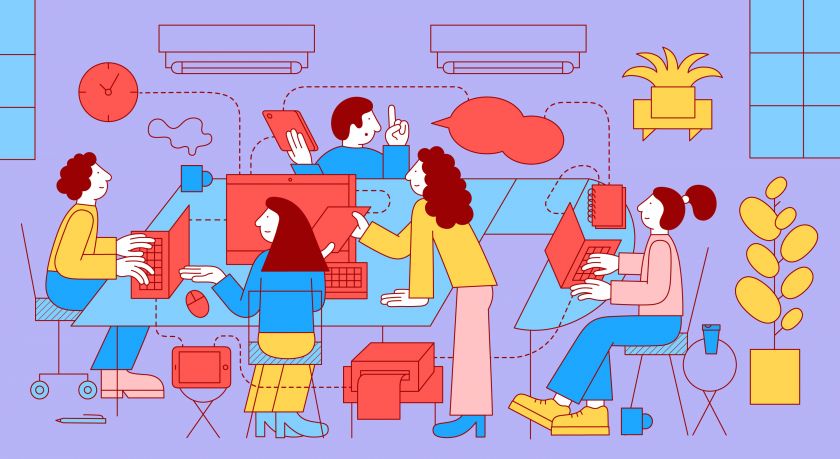