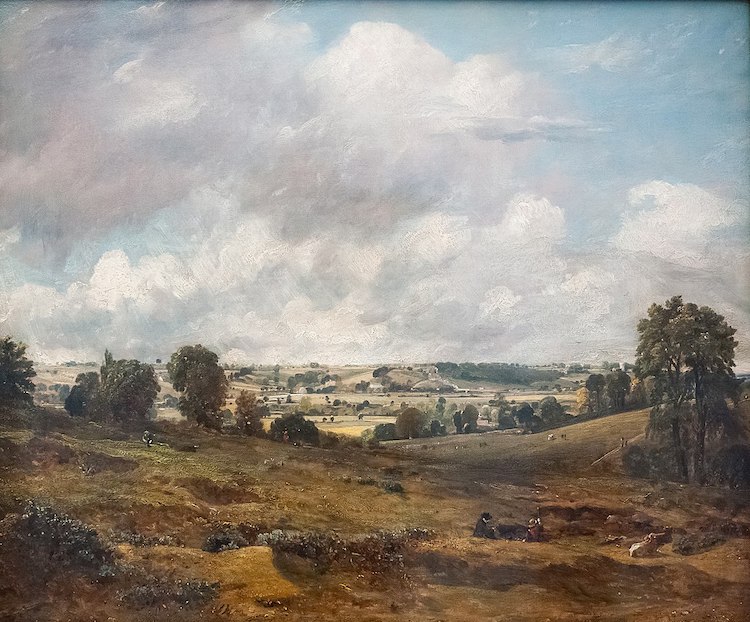 Ever since the 17th century, the term “naturalism” has been used to describe art and literature that represents accurate details of a subject. By the 19th century, however, the same name was given to an official art movement. The Naturalism movement originated in France in the early 1800s in response to the style. Painters who opposed the idealized depictions of subjects in Romanticism art sought to portray things exactly as they were.

Read on to discover more about Naturalism and the artists who pioneered the movement.

Naturalism is a 19th-century art movement that sought to depict realistic objects in a natural setting. It became one of the major styles of the century, and along with Realism led to the movement. Naturalism is often associated with the French practice of painting landscapes outdoors.

What is the difference between Naturalism and Realism?

Naturalism is often confused with , another movement that began in France during the mid-19th century. Both portrayed life as it was. There are subtle differences, however, between the two painting styles.

Realist artists sought to represent real life in a truthful way by depicting common people going about their ordinary lives. Naturalist artists weren’t so much concerned with the content of the painting. Rather, they were more interested in how they painted it—with as much realistic detail as possible. Additionally, many Realism paintings provide a commentary on the politics and social issues of the time they were painted, while Naturalist works focus mainly on depicting outdoor scenes and rural life.

Key Artists of the Naturalism Movement 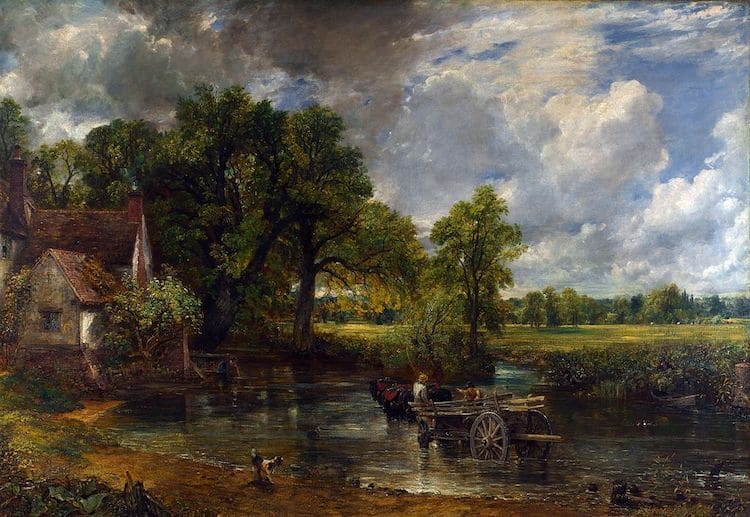 British painter John Constable is known for revolutionizing 19th-century landscape painting. He rejected the highly idealized landscapes of the period and instead favored realistic depictions of the natural world. His influence extended all over Europe, particularly in France, where his work was celebrated much earlier than in Britain.

In his 1821 painting The Hay Wain, Constable depicts Flatford Mill, an area of land owned by his father, Golding Constable. Constable said of the landscape, “I associate ‘my careless boyhood’ with all that lies on the banks of the Stour; those scenes made me a painter.” The composition illustrates the moment a horse-drawn cart is being led across a shallow river by an agricultural worker. Rather than paint the scene outdoors (or en plein air) like other Naturalism artists, Constable completed the painting in his London studio after making a series of on-site sketches. 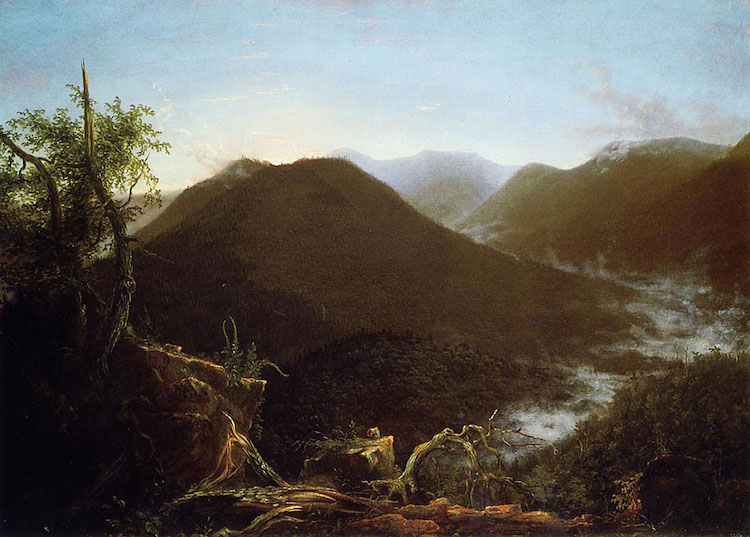 Cole was the first artist to explore this territory and started taking steamboat trips up the valley from the mid-1820s onwards. His work, Sunrise in the Catskills, depicts the Catskill Mountains as early-morning mist rises up and around them. The work offers a realistic snapshot of American wilderness during the 19th century. 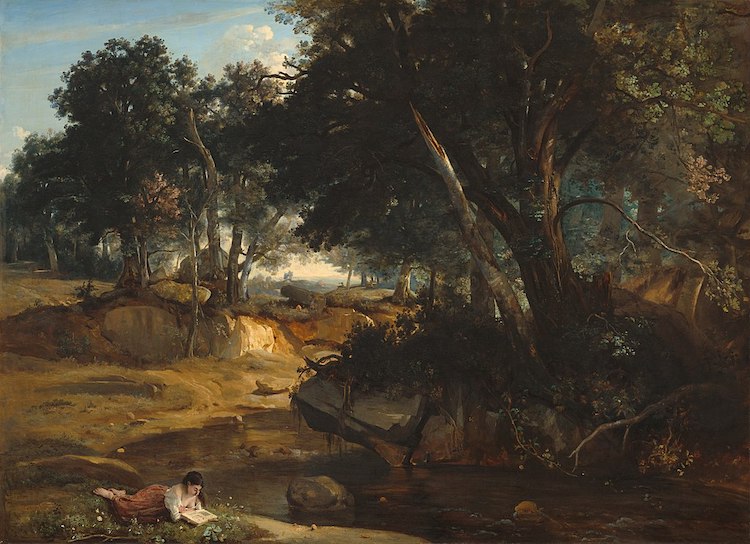 French painter Jean-Baptiste-Camille Corot made frequent trips to the Fontainebleau forest from the late 1820s onwards, where he met the Barbizon School of painters. These artists were attempting to strip the French landscape of its glorified past by painting only what was actually there.

In his 1830 painting, Forest of Fontainebleau, Corot paints the rugged landscape as his main subject, complete with deep shadows and natural light. However, he also includes the figure of a woman reclining by the water, reading a book. Corot was one of the earliest painters to work with his easel on location. This plein air technique was later made famous by Impressionist painters such as . 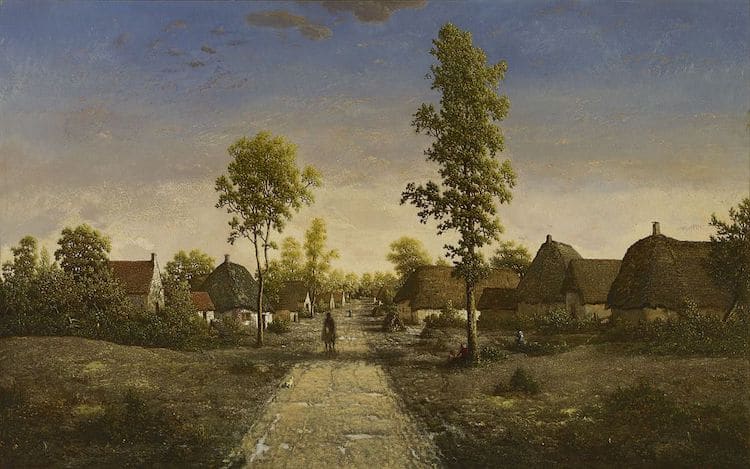 Théodore Rousseau was a French painter of the Barbizon school. His paintings depicting the French countryside were created with impressive Naturalism but were regularly turned down by the French Salon; he earned the nickname of “le grand refusé.” He stopped sending work to the establishment until 1849 when all three of his submissions were finally accepted. His work, along with other painters of the Barbizon School, had a huge influence over the genre of landscape painting and inspired the later generation of French Impressionists. 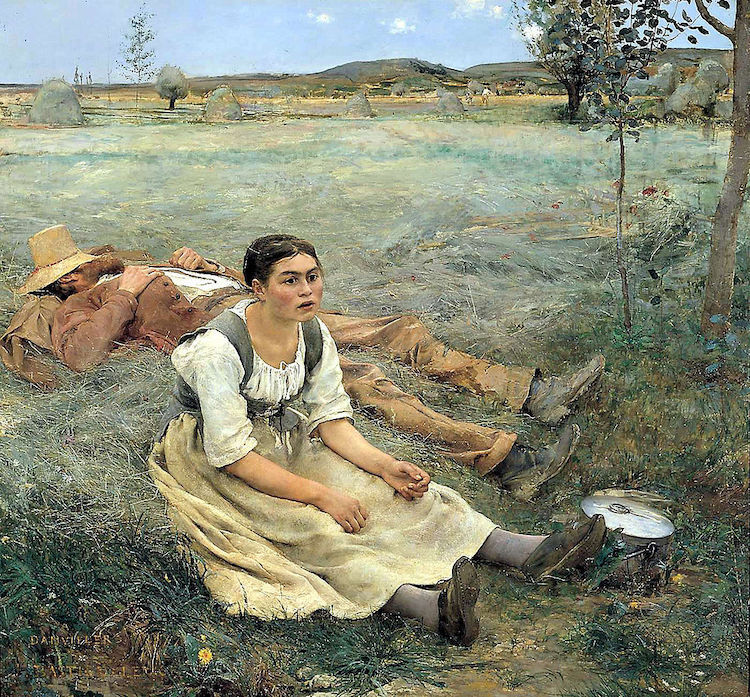 French painter Jules Bastien-Lepage captivated the art world with his honest canvases which depicted rural life. In his groundbreaking 1887 painting titled Hay Making, Bastien-Lepage made no attempts to romanticize the image. It depicts two land workers taking a break in a hayfield, exhausted after a day’s labor. The accuracy of subjects’ facial expressions and slumped poses, as well as the details in the natural landscape, characterizes the painting as one of the most iconic Naturalism works.

Bastien-Lepage said of the painting, “I have had hard work to set up my first ideas, being determined to keep simply to the true aspect of a bit of nature. Nothing of the usual willow arrangement, with its branches drooping over the heads of the people to frame the scene. Nothing of that sort.” The famous Realist novelist, Émile Zola, described the painting as “the masterpiece of Naturalism in painting.”