How to end things amicably with a painful client 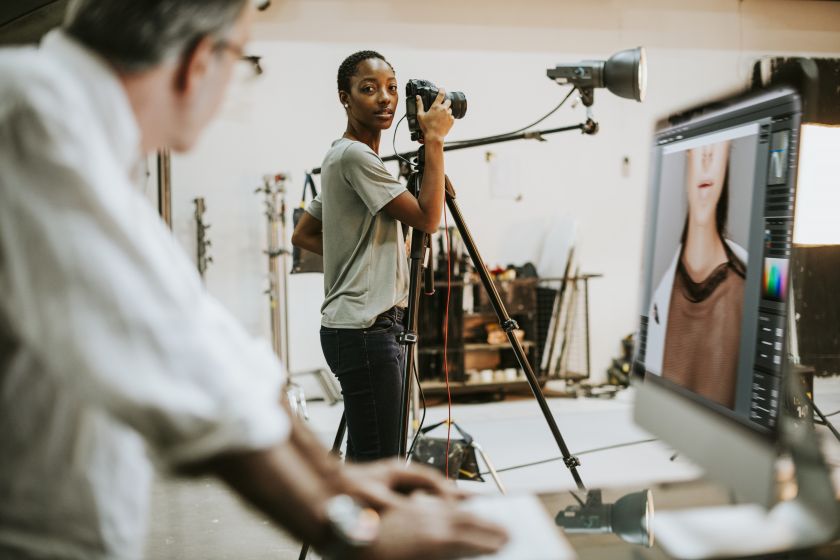 Breaking up is hard to do… and not just with a romantic partner. Clients are humans too, and even though we might rail against them in private, ditching them is rarely an easy thing to do in practice.

There are a number of reasons, though, why you want to do so. Maybe your client doesn’t pay on time. Maybe they’re over-demanding, constantly bugging you out of hours and adding more work to the agreed scope without expecting to pay for it. Maybe they’re just rude, shout at you, even. Who needs that in their life?

And yet, you naturally want to avoid conflict. And perhaps, deep down, you believe the relationship isn’t doomed but can potentially be rescued.

This article, then, comes in two parts. In the first part, we’ll look at the most common reasons why clients can be painful and offer advice on how to salvage the relationship. The second part, meanwhile, looks at what happens if that fails, and you really do need to break things off.

Common reasons why clients are difficult and how to tackle them

There are a number of problems that mean you might want to break things off with a client. But it’s often easier to solve these issues directly than go through all the hassle and expense of finding a new client. So we’ll go through each of these problems in turn and suggest some possible solutions.

With this client, you’re constantly chasing them for payments. This sucks up your time and energy, stresses you out, and gives you sleepless nights as you worry about whether you’ll be able to pay the gas bill this month. Is this client really worth the headache?

Before you ditch them, though, ask yourself whether there are any changes you could make at your end that means they’re more likely to pay on time. For instance, rather than creating your own invoices in Google Docs, maybe use an invoicing app like QuickBooks, which will send your client regular reminders so you don’t have to.

Also, ask the client themselves if there’s anything you can do to help them process payments. For example, would it be better if you invoiced on a certain day? Do they prefer you to invoice for individual tasks or as a bundle? What specific details should you include on the invoice to help them process it quickly and easily?

Companies often have arcane software and systems that are a pain to work with, so anything you can do to help them will ultimately help you.

With this client, you agree on what you’re delivering and the price for the work. But then, further on down the line, they keep requesting (or demanding) just “one little extra thing” to the burgeoning list of tasks.

Every freelancer has had this experience. And it presents you with the dilemma of pushing back against the request (and coming off as the ‘bad guy’) or agreeing to it for an easy life (and ultimately losing out in terms of time, money and self-respect). Ultimately, there’s only one way to stop what’s known as ‘scope creep’, and that’s to be absolutely inflexibly thorough about keeping to the original scope document.

Obviously, there’s no need to be rude. It’s just about gentle and polite reminders that you need to stick to what was agreed. Even if you need to deliver these a few more times than seems reasonable, clients will usually get the message in the end.

3. They don’t know what they want

Clients who don’t know what they want can be the worst suckers of your time and energy. They constantly change their minds, keep suggesting new ideas, and eventually leave you tearing your hair out with frustration.

Sometimes, the best approach you can take is to be a little firmer and forthright in your advice than you would normally. In short, if they don’t know what they want, you need to tell them what they want (or at least strongly suggest it).

First, though, you need to get to a position where you can confidently do that. This means you’ll need to thoroughly research both the company and their market, then sit down with them and patiently discuss where they want to go in terms of core values and overall strategy (before you get down to the nitty-gritty of actual design assets). At each stage, be careful to write everything down and get their signed agreement to it before moving on to the next.

This may sound like a lot of work, and it may well be. But it will save both of you a lot of time going down dead ends, and they’ll probably end up being one of your closest and most loyal clients in the long run as a result.

With this client, you can’t quite put your finger on it, but you sense that something isn’t right. They ask if they can pay you in cash or via a variety of bank accounts, all based in the Cayman Islands. They ask you to spam your contacts, buy your email list, or do other practices that are illegal under GDPR regulations. They suggest dodgy ways to improve website traffic, such as using sock puppets or buying bot visits. They don’t appear to be registered at Companies House. In short, this client seems, well…dodgy.

No amount of money is worth damaging your reputation as a freelancer, and sometimes you’ll just want to walk away before you get snared in an operation that at best will reflect badly on you, and at worst, might even get you in trouble with the police.

That said, if your instinct is that the client is well-intentioned but just misinformed, then it might be better just to say no to dodgy requests. And as long as you explain why the action would be ethically or legally dubious, politely and diplomatically, that may be the last you hear of it.

How to ditch a client

What if you’ve experienced one or more of the issues detailed above, you’ve made strenuous efforts to address the problem, but your client remains resistant to change? Eventually, you’re going to reach a point of no return.

You decide the game really is up, and the client needs to go. So how do you actually do it without upsetting people and giving the impression you’re an unreliable freelancer who’ll walk away from a job at the first sign of trouble?

Every situation is different, and there’s no one single ‘correct’ way of dumping a client. But here, at least, are a few suggestions.

Don’t want to outright reject a client? Then here’s a halfway house. Think about how much money would actually make it worth working for them, and then tell them you’re upping your rates.

No client should see this as a rejection because prices rise all the time. And particularly right now, when the costs of fuel and shopping, in general, is going up, rents are increasing, and all freelancers are having to think about raising their rates just to keep pace with inflation. Not to mention that over time, you should raise your rates anyway, because every year you’re that much more experienced, knowledgeable and better at what you do.

So set up a meeting to discuss an annual review, explain what you’re increasing your price to, and see what they say. Just one word of warning: they might actually agree to the hike, so mentally prepare yourself for that eventuality and make sure you’d actually be happy with it. Otherwise, you’ll have made a rod for your own back.

For more on setting up an annual review, see our article .

Maybe there’s no amount of money that would convince you to stick with your nightmare client. If that’s the case, you simply need to break it off. That’s pretty straightforward, but the key is to do it cleanly.

You don’t want to give them an excuse to badmouth you on social media or to other clients in their sector. So if it’s possible, finish off any outstanding work, wait until you’re paid, and then tell them you won’t be available for further work in future.

At this stage, many freelancers try to avoid confrontation by giving a plausible-sounding excuse. For example, you’re changing direction and moving to work in a different sector or to a different discipline. They might even say they’re stopping freelancing altogether.

If this isn’t true, though, you run the risk of being found out. The business world is often smaller than you think, and your contact’s best friend’s sister may well be a client of yours without you knowing. Honesty, then, really is the best policy.

That doesn’t mean you have to be totally honest and tell them you hate their guts. It’s normally best to keep it vague and say something like you’ve taken on a big contract which means you don’t have the bandwidth to keep serving them to the best of your ability.

Similarly, you could say you’re making a change to your work/life balance. That has the ring of truth, as many have been thinking in this way since the Pandemic, and of course, it’s pretty difficult to disprove.

3. Leave in the middle of a project

As mentioned, ideally, you’ll want to complete your current work before ditching your client. But sometimes, that just isn’t possible. Indeed, it may well be the constant delays and prevarications on how to proceed with the project from their end that’s been the main problem in the first place.

At some point, you’re just going to have to bite the bullet and walk away. But obviously, that’s potentially going to affect your reputation, so think about how you can alleviate that impact. The most common solution will be to give the client, say, three months’ notice. Then give them every possibility to provide what you need to complete the project, but make it clear that if that doesn’t happen, then the project will not be completed.

If they’re unhappy about that, give them the chance to make a counter-offer. Essentially, then, you should bend over backwards to avoid the ‘nuclear option’ of walking away… but ultimately be prepared to do so. If the client is dumb enough not to take that olive branch, then at least that proves they weren’t worth staying with.