One of the most exhilarating moments of the Olympic Opening Ceremonies is when the torch is passed to its last bearer and they proceed to light the Olympic cauldron with its symbolic flame. In preparation for every occurrence of the Games, much time and thought are put into the design of the cauldron—which bears the Olympic flame for the duration of the events. For the , this task was left with Japanese design studio and its founder Oki Sato. His stunning hydrogen-burning orb was designed based on the theme chosen by Mansai Nomura, the creative director of the Opening and Closing Ceremonies—“All gather under the Sun, all are equal, and all receive energy.”

Sato created a total of 85 drafts before deciding on the final design. Some of his earlier iterations included flames trapped in a heat-resistant glass sphere and spinning the flames into a spherical form in order to capture the essence of the Sun. However, the final aluminum sphere comprises an upper and lower hemisphere, each composed of five panels meant to represent the Olympic Rings. From its orb-like shape, it “blooms” to welcome the ceremonial flame. “This expresses not only the Sun itself, but also the energy and vitality that can be obtained from it,” the design studio reveals in a , “such as plants sprouting, flowers blooming, and hands opening wide toward the sky.”

The innovative cauldron was meticulously crafted and looks to the future in its materials and design as well. The flame itself is fueled by hydrogen energy produced in Fukushima Prefecture, a region that is still recovering from the Great East Japan Earthquake of 2011. And, since hydrogen burns with an invisible flame, it had to be colored by flame reaction with sodium carbonate to produce the blaze’s vibrant color. As it reflects off of the polygonal mirrors that line the interior of the panels, the light is diffused and reflected throughout the arena.

One can only imagine how tennis star —who was honored with the task of bearing the torch to its final destination—felt as she ascended monumental steps of the podium to arrive at its summit. Seeing the flame burst to life from the blossoming orb’s center from only feet away must have been quite an exhilarating experience! 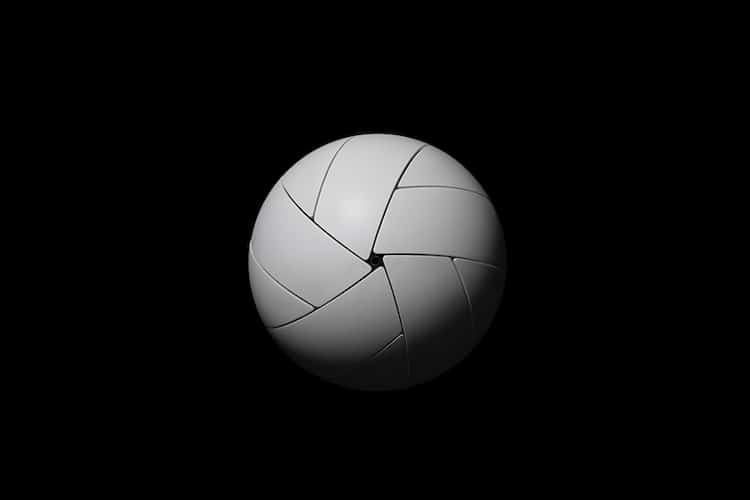 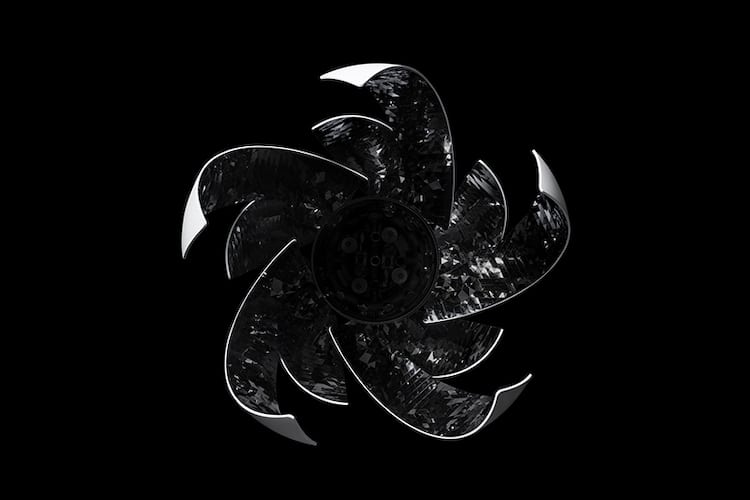 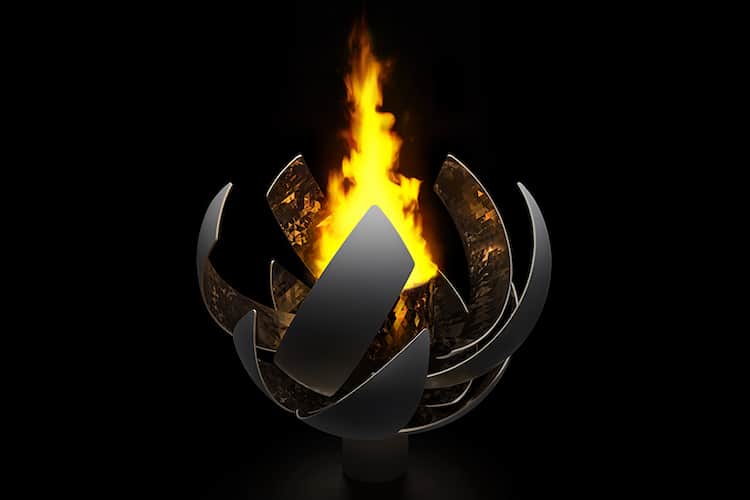 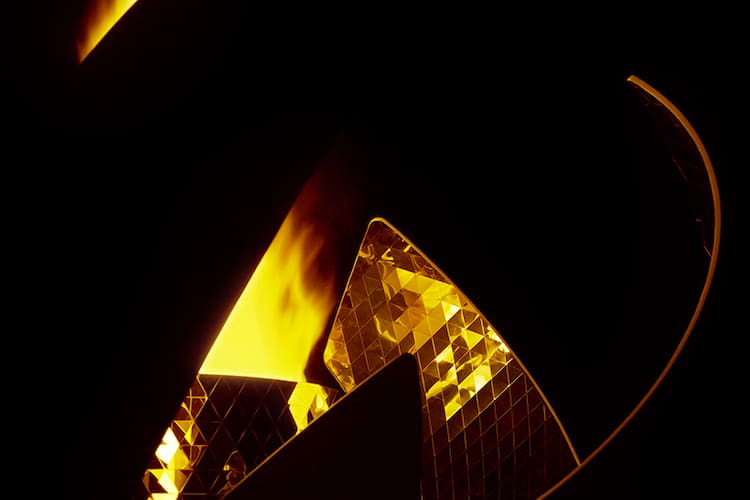 The aluminum orb blooms to welcome the ceremonial flame, which is then fueled by hydrogen energy. 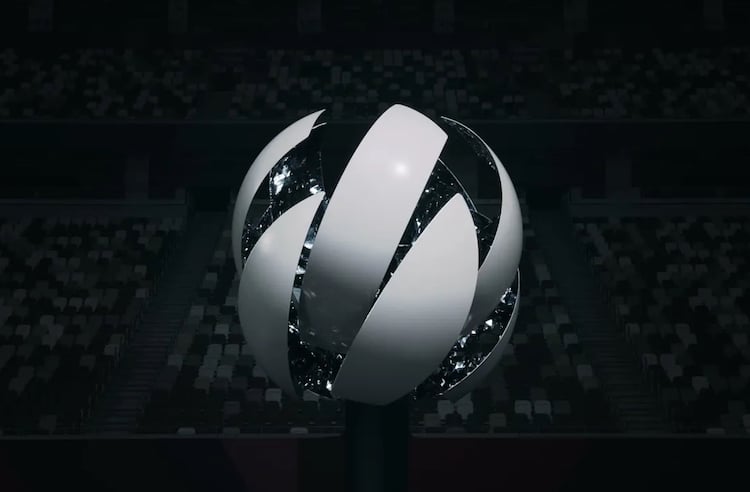 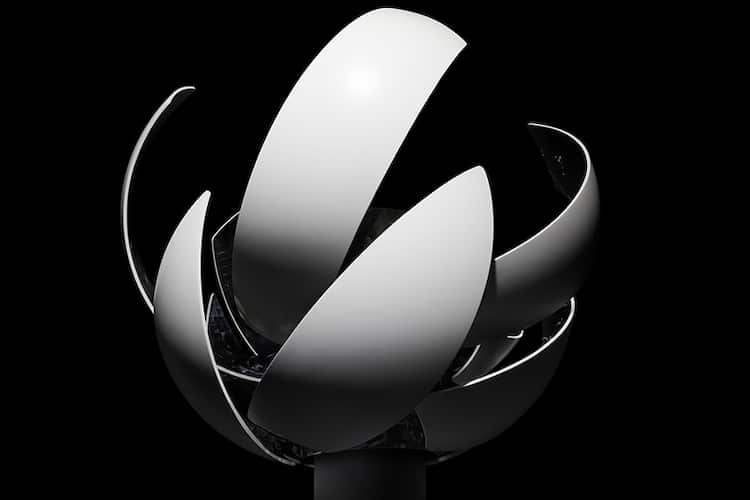 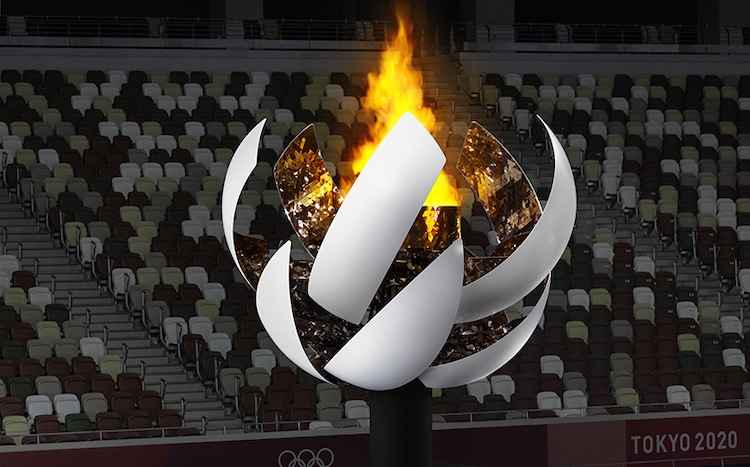 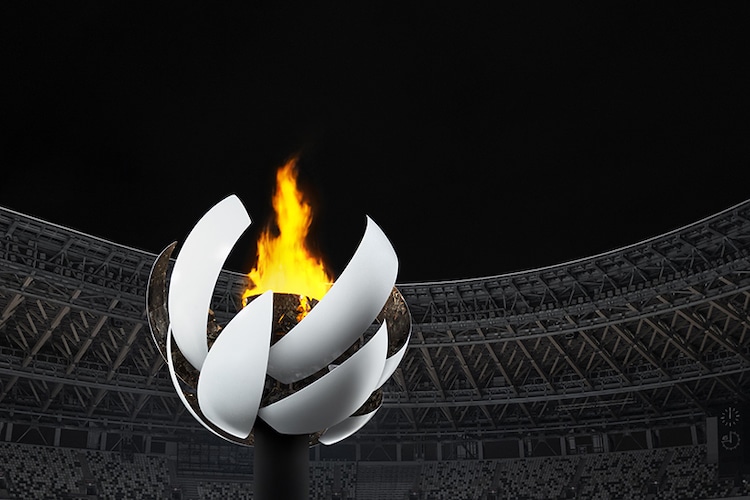 Watch this video to see it in action:

All images via Nendo.