‘I like to make pieces that make you look twice’: Carly Owens on her symbolic embroidery artworks and paintings 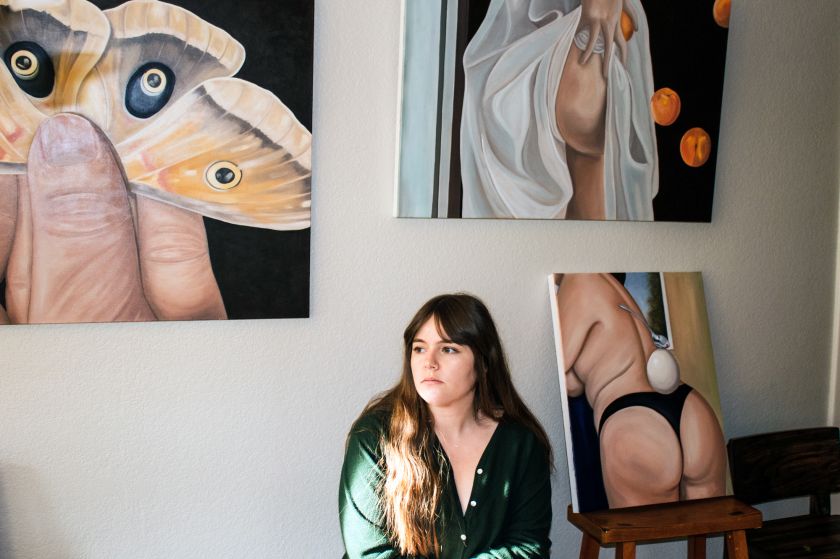 Carly Owens in her studio

Besides being luscious and comically good to look at, ‘s work is a great example of how to succeed as a multidisciplinary artist.

Spanning textiles and paintings – plus a few other mediums on occasion – the Colorado-based artist creates pleasing and humorous pieces ranging from sparkly fried eggs and meaty steaks to painted butterflies and the occasional (more realistic) portrait.

Originally from a small town in western North Carolina named Swannonoa, ‘s surroundings were quaint and mountainous, sandwiched between Asheville and Black Mountain. “Both of which have fine art and craft cultures that absolutely influenced me growing up,” she explains.

Black Mountain, for instance, is the home of Black Mountain College, an experimental art school attended by Anni and Josef Albers, Willem de Kooning, Ruth Asawa, and Robert Rauschenberg, among others. “Sadly, it no longer exists, and the buildings are now used for a summer camp, which I inadvertently attended while I was a kid. It wasn’t until college, when I became acquainted with these artists, that I realised how I’d spent my summers in the footsteps of such influential artists.” 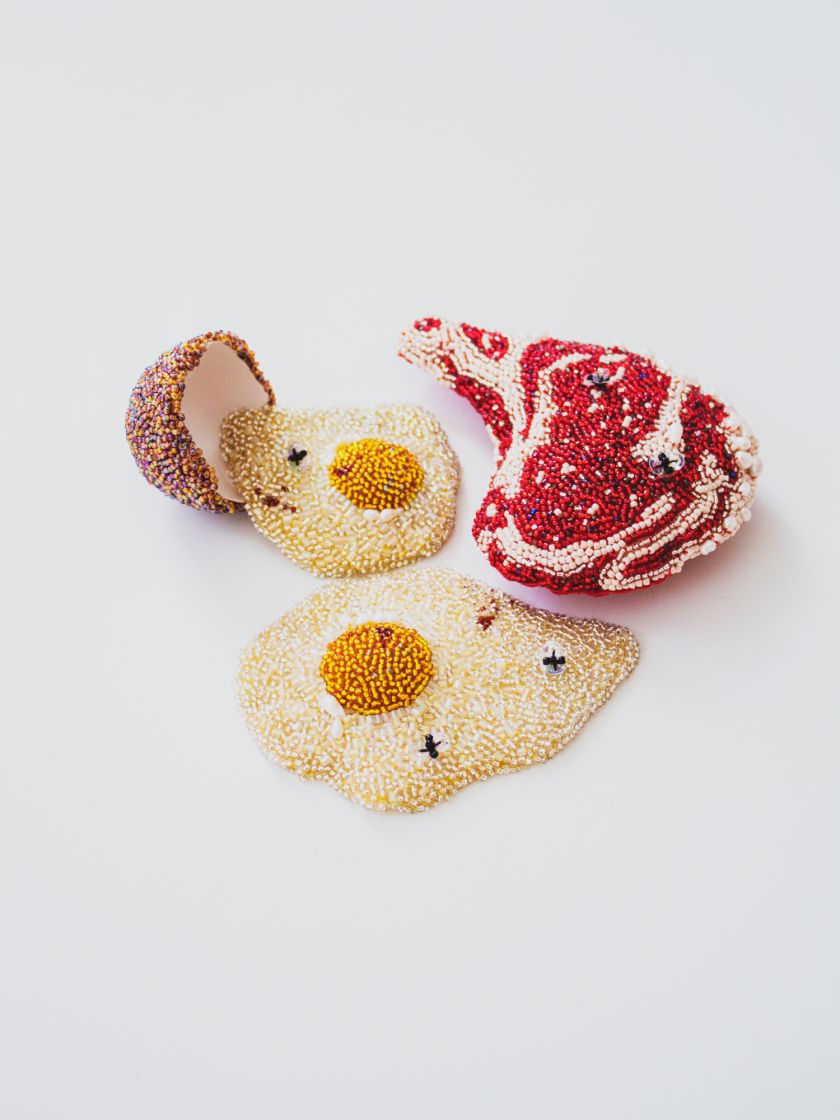 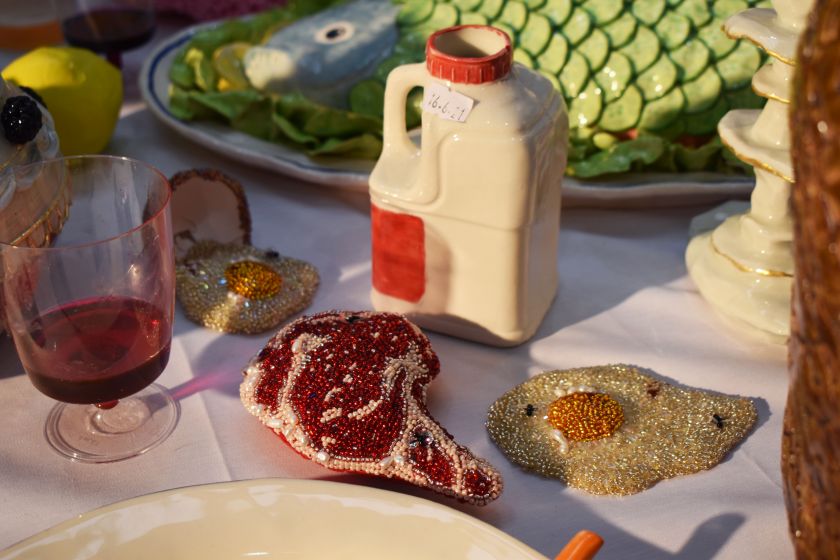 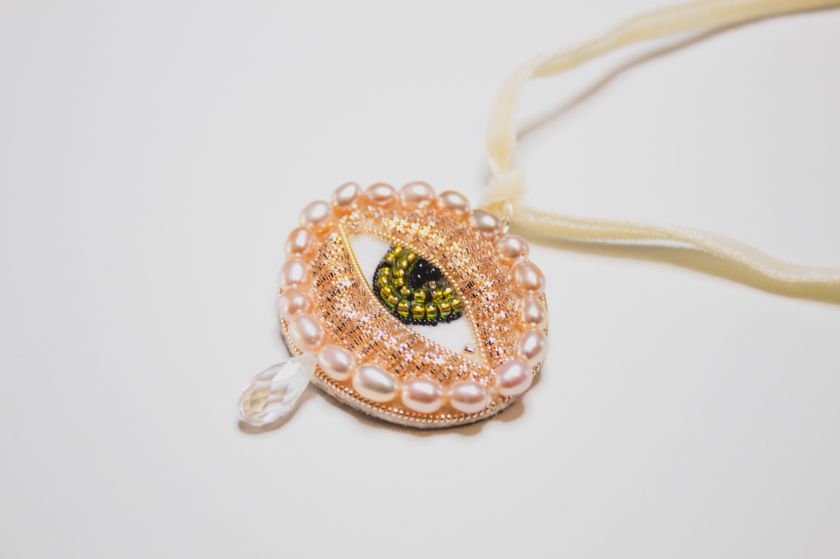 In the end, Carly studied art and design with a specialism in fibres and surface design at North Carolina State University. A few years down the line, though, plus a brief detour in fashion, she found embroidery to be the medium that “just clicked”. So much so she was the finalist for Hand & Lock Prize for Embroidery in London and, post-graduation, decided to venture out on her own and work on her craft – that of which centred on wearable art pieces to sell online.

“It was about a year ago that painting came back into my practice,” she says. “I was yearning for the immediacy and the bodily experience of paint to complement the static and time-consuming nature of embroidery.” Nowadays, she combines both and has gone on to exhibit works widely, including at the Museum of Arts and Design in New York as part of the annual contemporary jewellery exhibition, MAD About Jewellery. 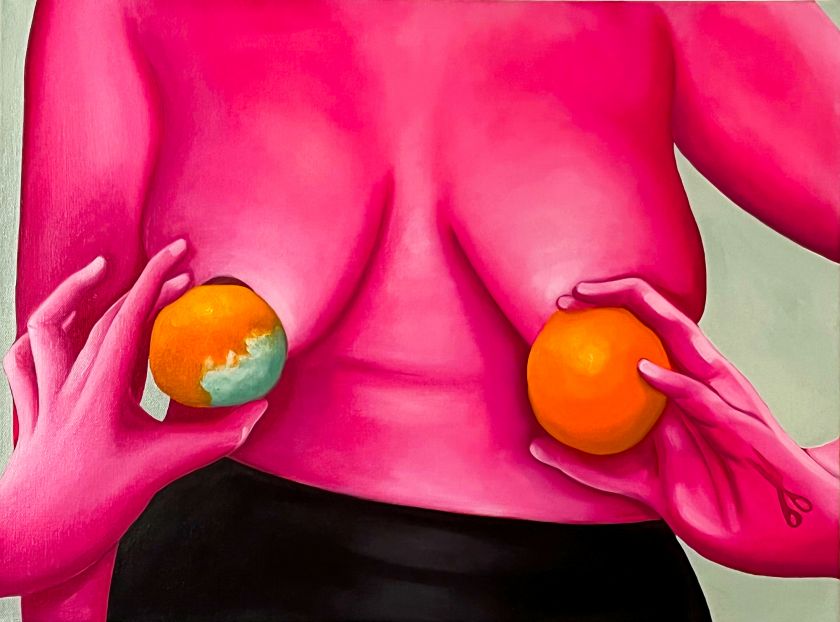 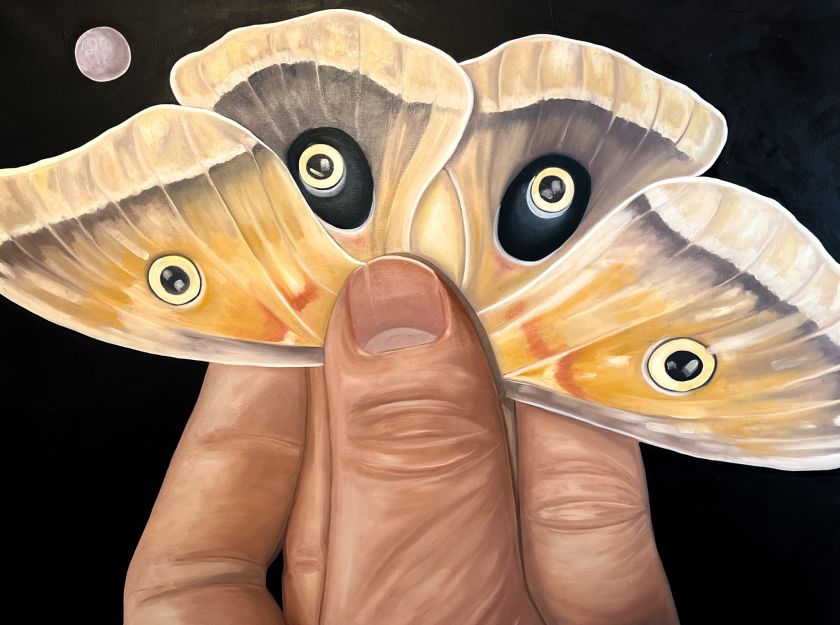 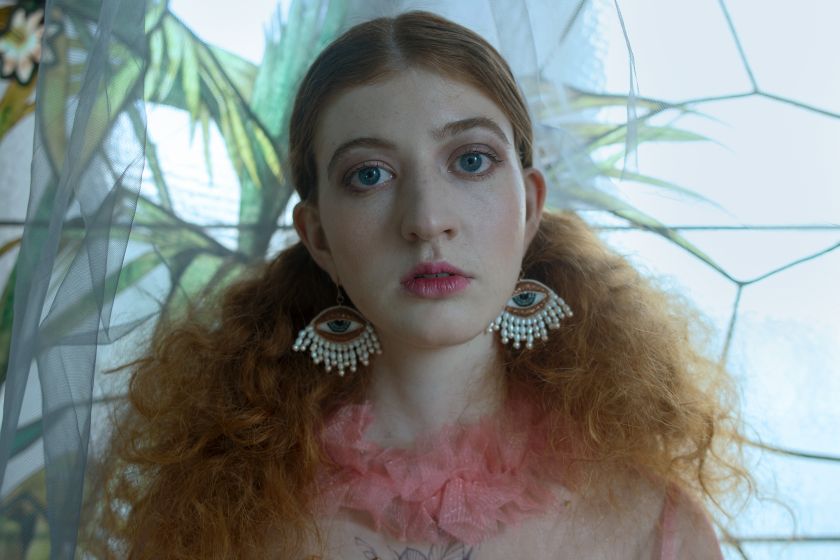 Flitting between both mediums is particularly beneficial for Carly. After a stint in painting, for example, she’ll then turn towards embroidery for a welcomed mental break – an antidote to when she’s feeling a little burnt out. “The times when I feel like I just need to tune out, I embroider,” she admits. “The act of embroidering is pretty automatic for me.” A notable embroidery piece of Carly’s is called Steak N’ Eggs, an example of her very first embroidered soft sculpture. The work was done after researching the concept of vanities.

The style features symbolic objects navigating themes of death and mortality, a technique implemented in old master still life paintings. In this piece, Carly has depicted the typical American meal to reference consumption, waste, the cyclical nature of life, and how we farm animals and later serve them on a plate. “I like to make pieces that make you look twice,” she tells us. This is an ethos which can be applied to her wider work. She concludes, “My work is usually ‘beautiful in its rendering but then reveals elements that point to the darker reality of uncanniness.” 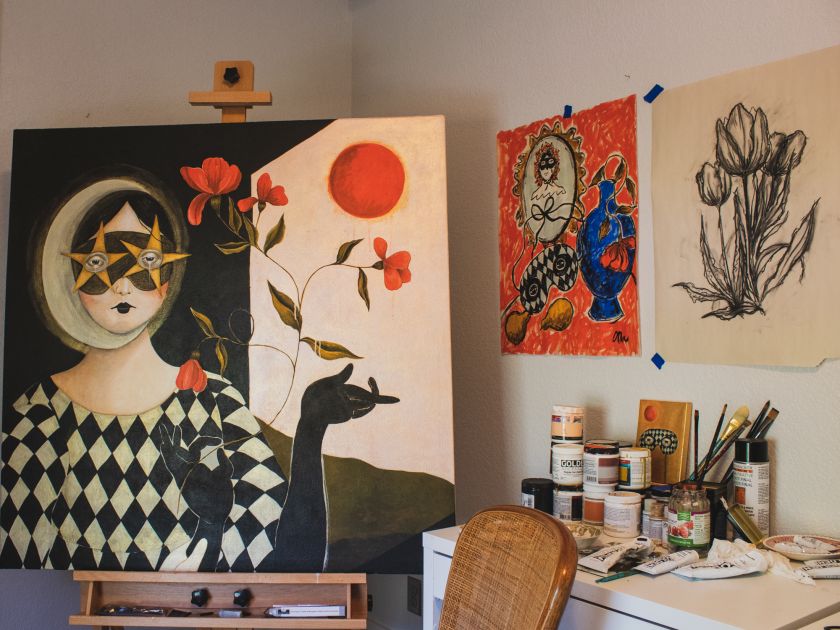