‘I make what I enjoy and what I’m feeling’: Joshua Thelwell on his detailed and vibrant 2D artworks 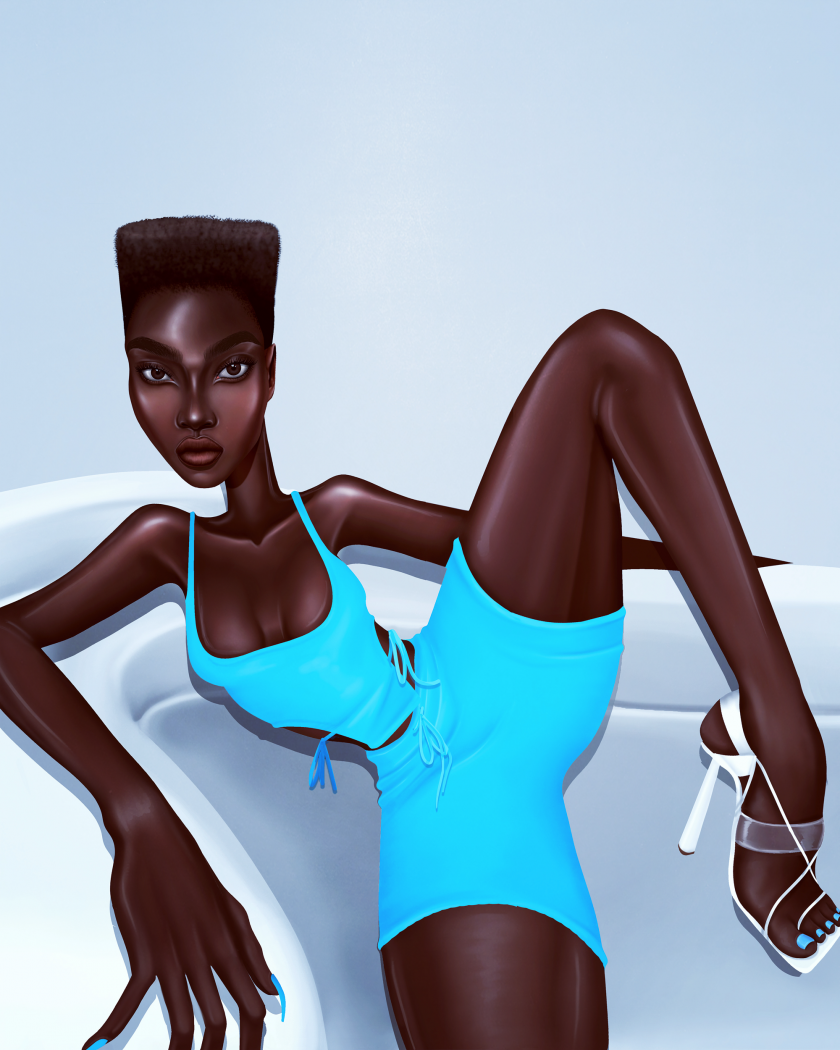 Based in London, Joshua currently has his finger in many pies as a fashion designer, graphic designer and digital artist. Below, he tells us more about his 2D creations and who he strives to represent in his imagery.

Spanning digital, photography and graphic design, is a creative polymath of sorts. In his 2D works specifically, he replicates people, models or musicians with utmost accuracy and precision – from FKA Twigs to the lesser-known. “My photography and illustration style is very similar,” he tells us, “so my favourite response is when people can’t tell the difference between the two.”

Joshua is originally from Stoke-on-Trent and moved to Brighton after school, followed by Manchester as he attended university to study graphic design. It’s where he first began playing out with the medium of 2D. Upon graduating, he landed a job “pretty much straight away” at JD Sports for about six months, working as a retoucher. Next, he held a role at PrettyLittleThing as a photographer for four years. More recently, Joshua moved to London last year and started working at Jaded London as the lead photographer and graphic designer. He worked on his 2D projects on the side and in the evenings. 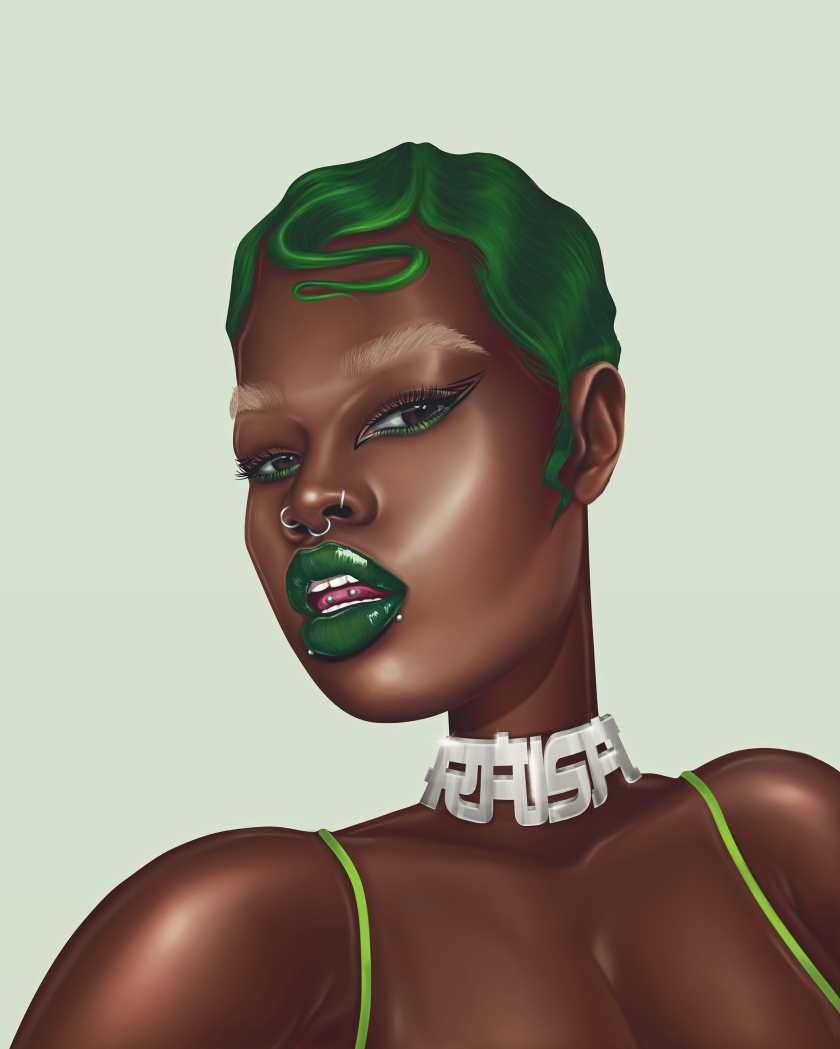 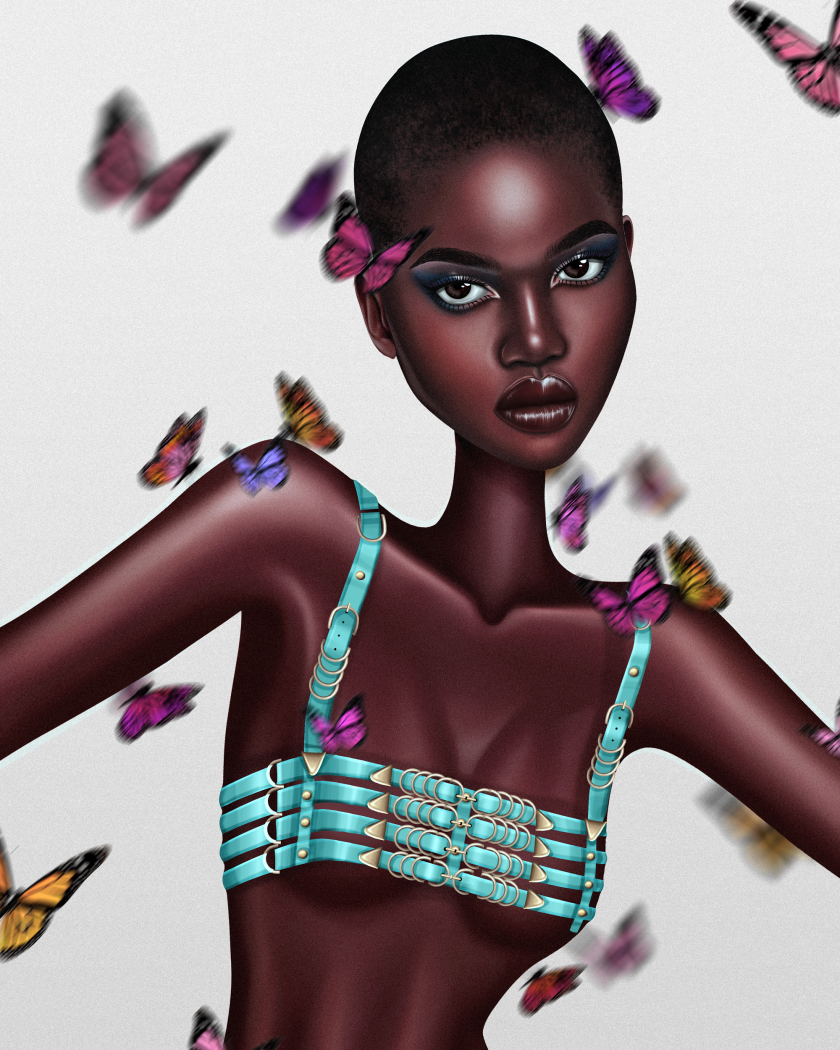 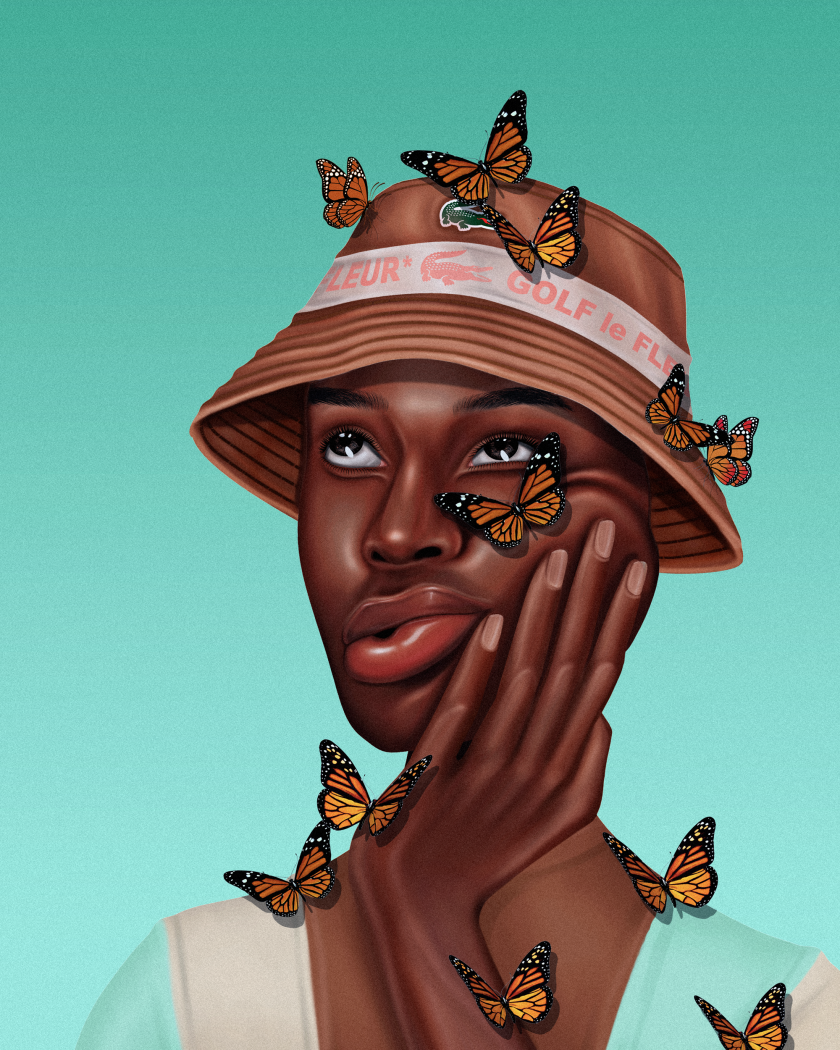 Alongside the more experimental digital creations, Joshua works as a fashion photographer – somewhat of an antithesis to what we’re seeing today. Yet they’re more closely related than you might think, particularly when it comes to the process. “As a fashion photographer, I’m constantly looking for ideas for photoshoots,” he explains, “and my drawings usually stem from a shoot I have in mind. Many artists and models are who I’d love to work with, and brands I’d love to work with, so they inspire my work too. Or it might be someone I scroll past on Instagram that has an interesting look.”

Otherwise, Joshua also finds inspiration in black women: “I was raised by black women and have always found a lot of beauty and versatility in black women.” He also grew up in the ’90s and 2000s area, so the tropes and essence of these two pivotal creative moments tend to flood into his works: “that Naomi Campbell ’90s supermodel vibe.” 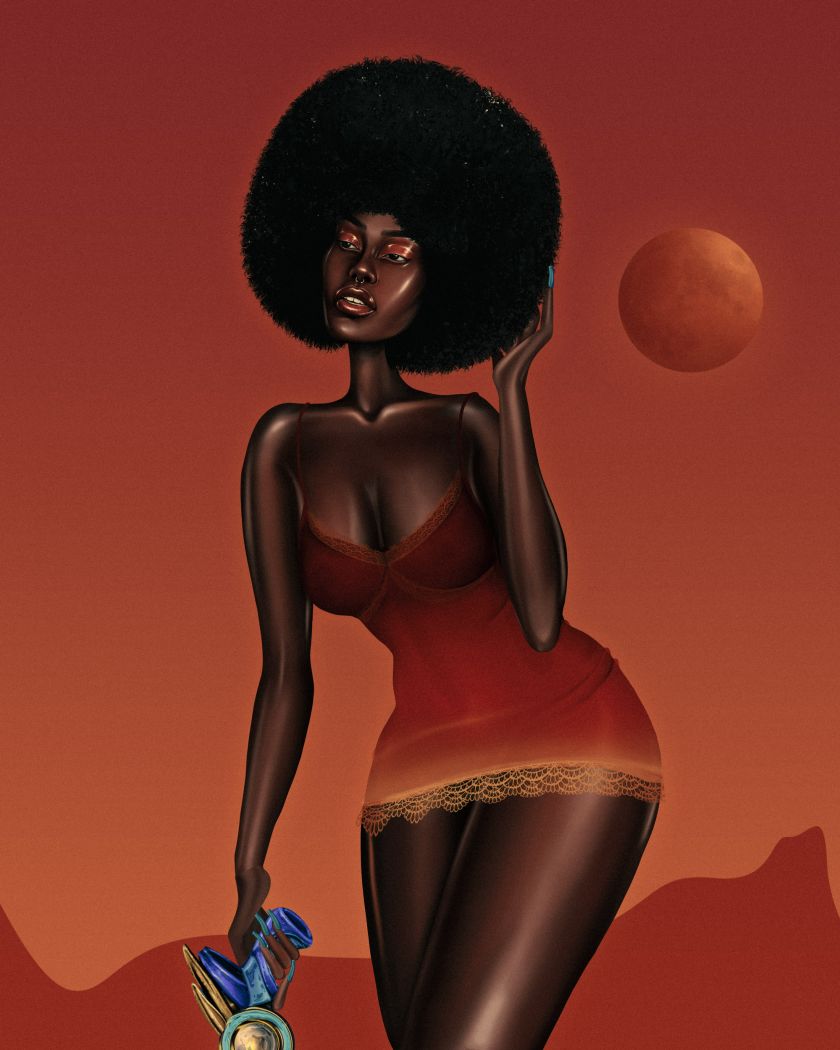 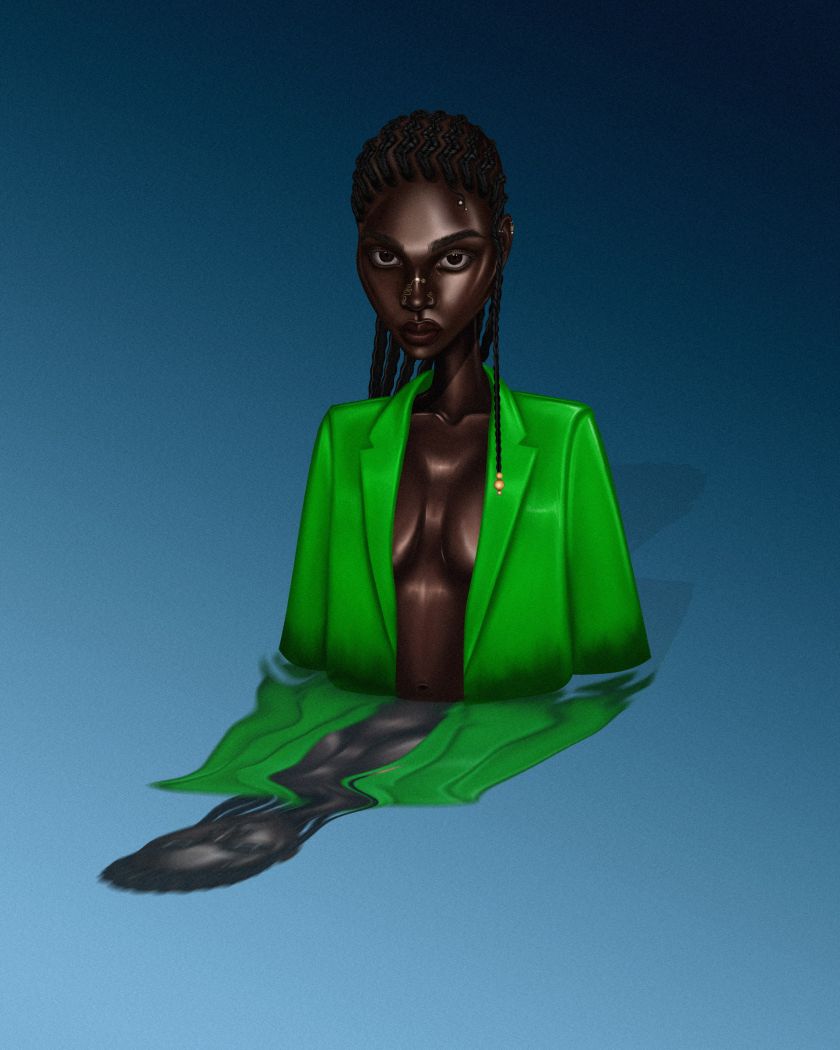 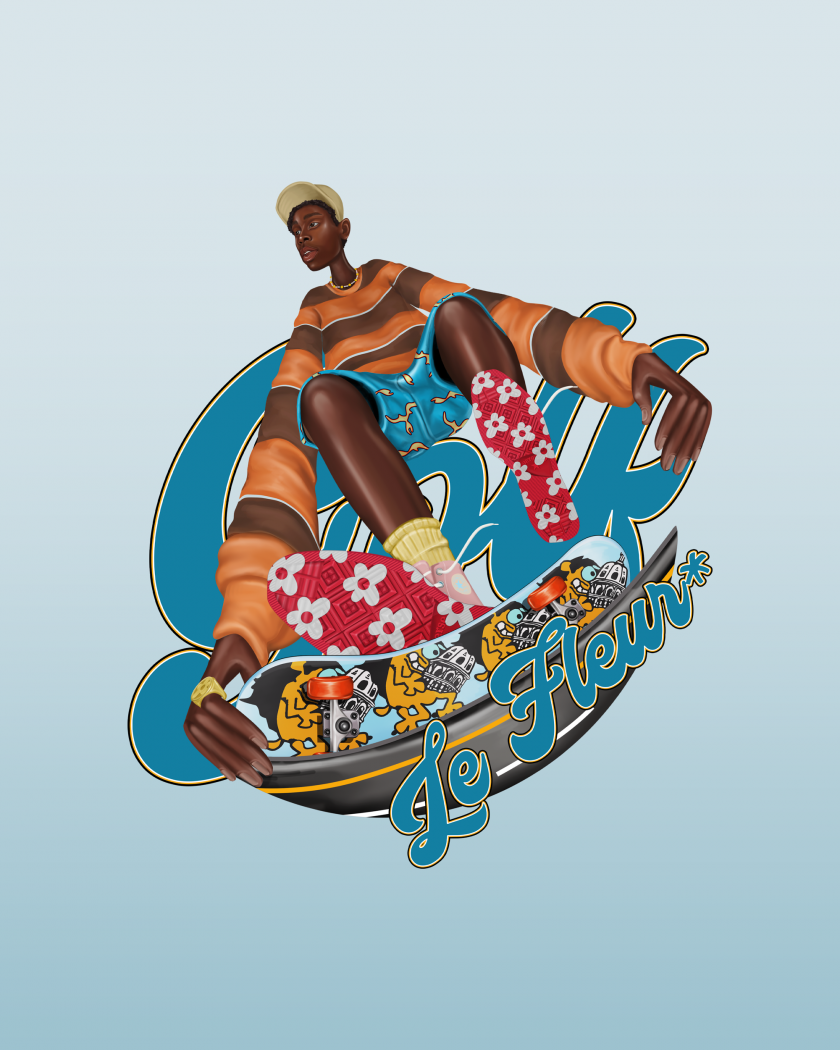 When making one of his creations, Joshua will commence with an intuitive rehash of everything on his mind – drawing whatever arises before “trying to make it beautiful,” he notes. “I’ve recently started trying to create more of a story, and I did make a conscious decision to focus my artwork around black people. Unfortunately, I don’t get to work with as many models of colour as I would like, so my artwork kind of balances that out for me.”

Joshua’s passion for both his craft and ethos as a designer becomes paramount throughout his portfolio. From the detailed expressions, finer details and attention paid to colour palettes and representation, each piece is vibrant and accurate in how he depicts his subjects. “I try not to think too much about peoples’ responses to my work and just make what I enjoy and what I’m feeling,” he concludes. “There’s less pressure that way, and if other people love it too, that’s just a bonus.”