‘I only want to make clear visual messages, which may prevent or inform’: Aliona Solomadina on the role of design in wartime 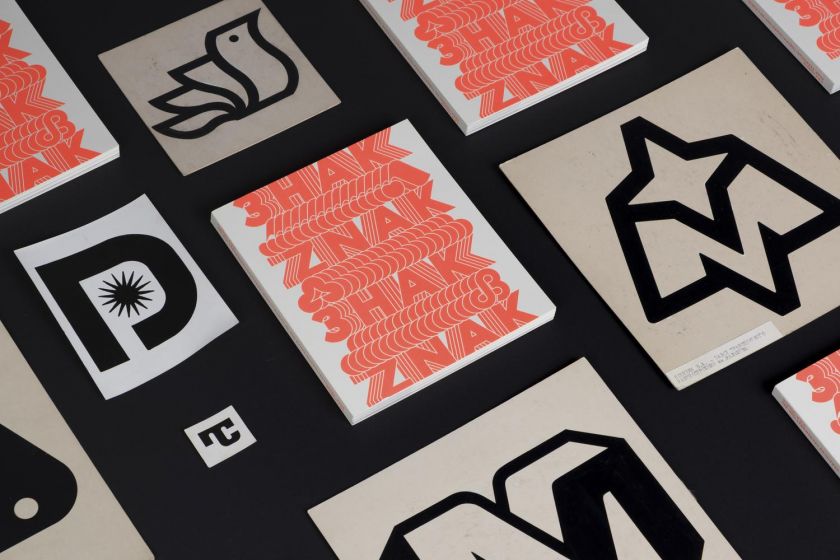 It’s with a heavy heart to see Vladamir Putin’s brutal assault on her beloved home country, as though the Russian leader would gladly erase all history and culture of Ukraine. But , a graphic designer and researcher based in Kyiv, is one of many creatives determined to never let that happen.

Since the invasion began, Aliona has been using her to document and share what has happened to the Eastern European country. “My posts are not like a diary. I do this not very often. I post only images or videos which are important to me. That’s why the reactions on my posts are supportive of me.”

Looking through her feed, we see one familiar picture of the crowded railway station in Aliona’s home city of Kharkiv, where her 90-year-old grandmother lives. “From the first days of the Russian invasion, my mother and grandmother were in real danger,” she tells us. “The airstrikes massively attacked their district in Kharkiv city. It was very hard for my grandmother to leave the house where she lived for 50 years. She also has problems with blood pressure.

“Nevertheless, the desire to live and to be safe has won! My relatives moved to the bomb shelter, but they had to wait because of the lack of a humanitarian corridor. It took four days. It was very exhausting for my grandmother. The situation was getting worse, and they had to change their direction and take an evacuation train to Lviv instead of a bus to Lithuania. On that day, at the railway station in Kharkiv, it was too crowded, and another challenge arose for my granny: to run from platform to platform, and she ran as fast as she could to catch the train. So, after such difficulties, fear, and stress, they got on the train and went to Lviv.” 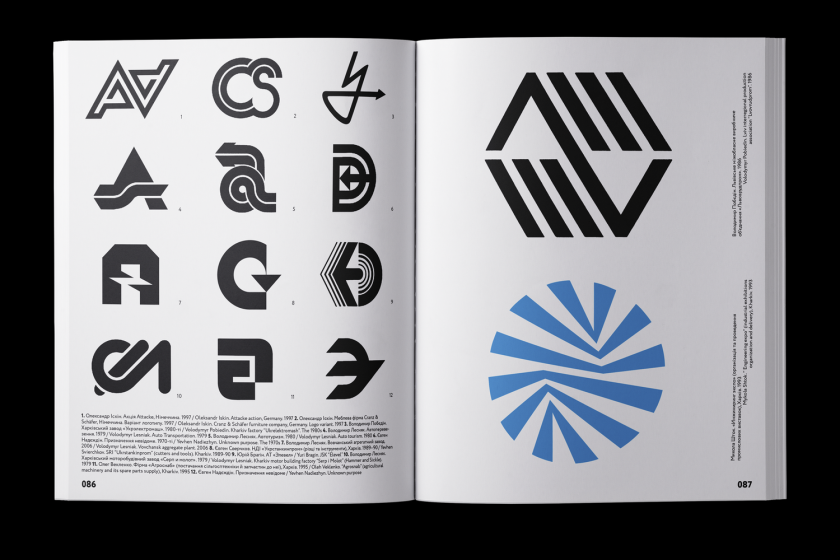 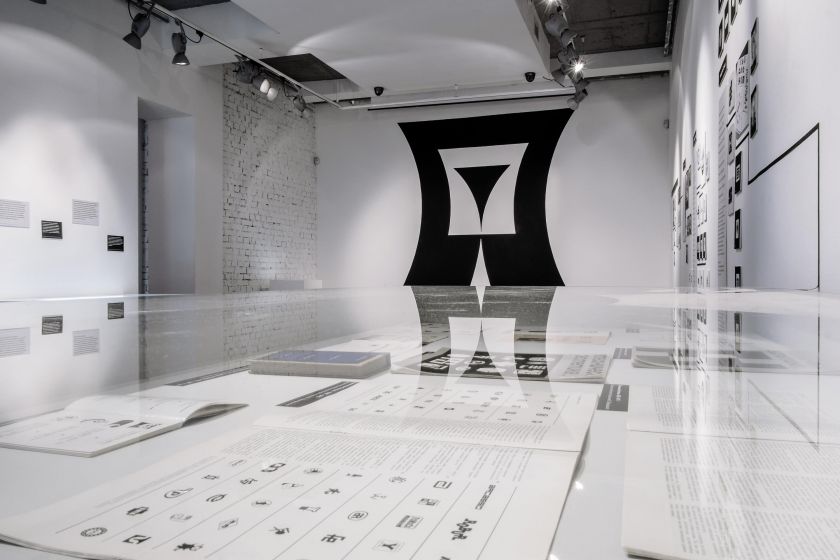 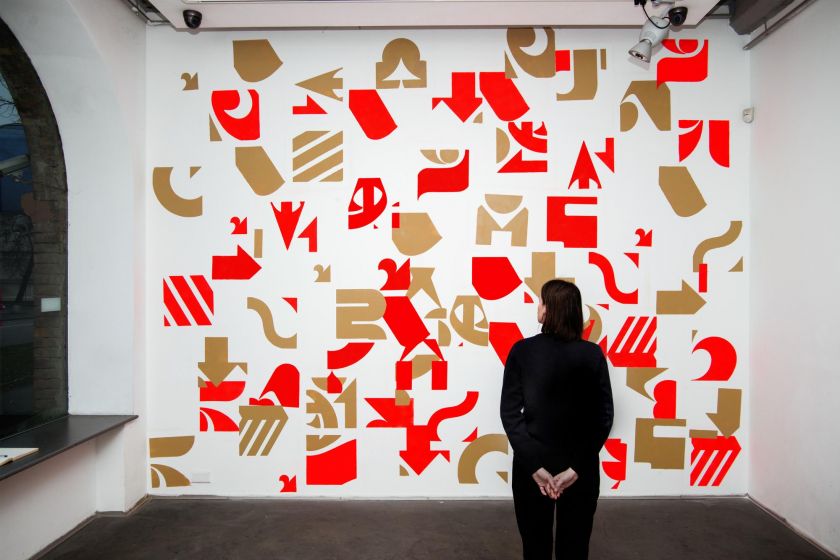 Lviv is where Aliona is now also based after escaping Kyiv, where she has lived and worked for the last ten years. “When the invasion began, I had to leave my home and, together with my friends, stayed in a bomb shelter at the nearest subway station. I stayed for 12 days in Kyiv under shelling and bombing by the Russian Federation. Then I was displaced to Lviv by an evacuation bus organised by volunteers. I took only essentials with me. Now I am trying to manage my life in this new city.”

A graduate of Kharkiv State Academy of Design and Arts, Aliona focuses on book design, visual identities, art direction and design curation. Looking through her portfolio, there’s a clear unshakable love of Ukrainian art and culture, a heritage that no bomb could ever seek to erase. One such project is a book about local trademarks from the 1960s to the 1980s. Titled , the text features research by Aliona along with Uliana Bychenkova and Nika Kudinova of the on the history of Ukrainian graphic design, particularly corporate identity design during the period of Thaw, Stagnation, and Perestroyka. The book proved so popular it turned into an . 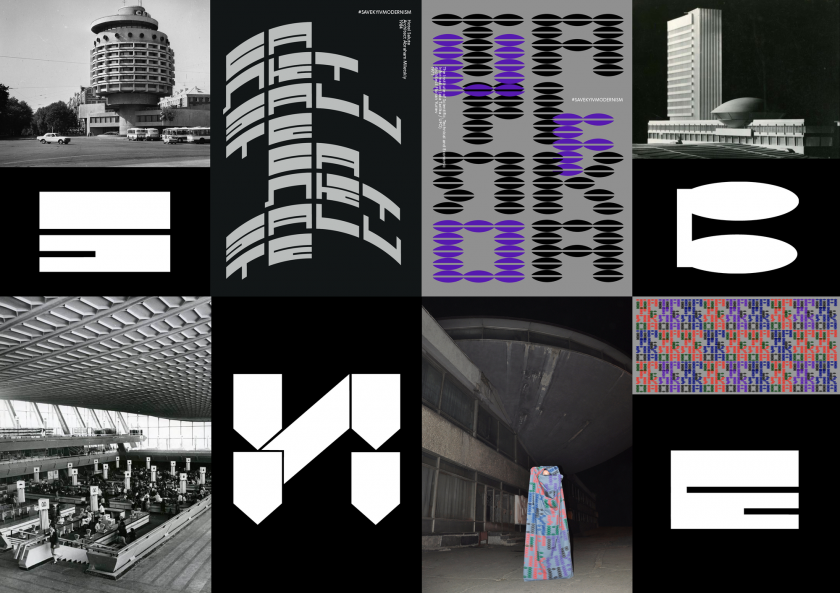 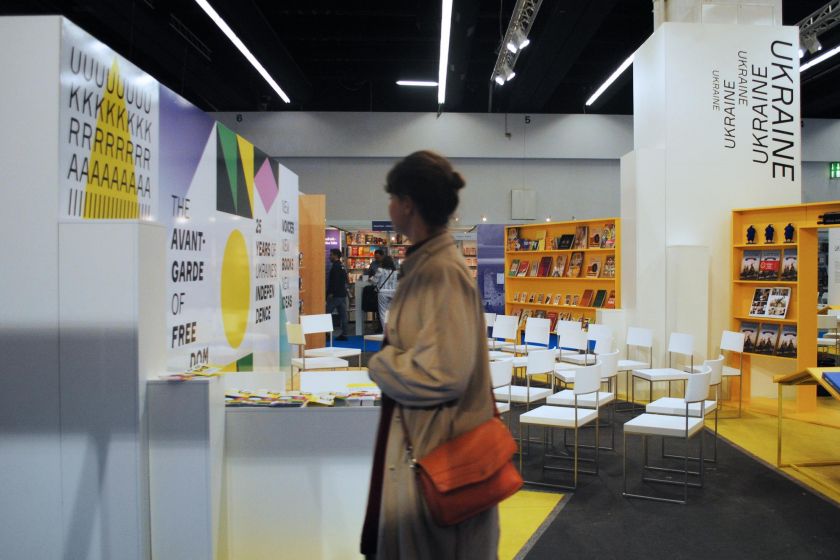 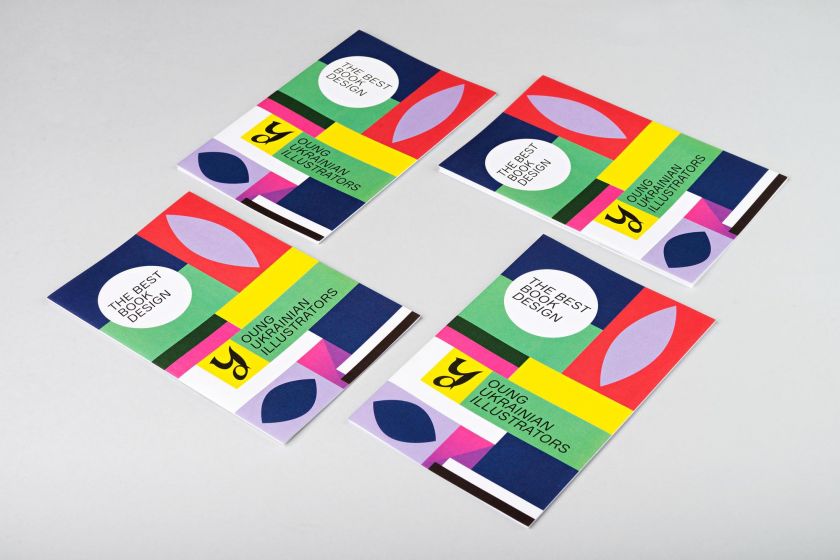 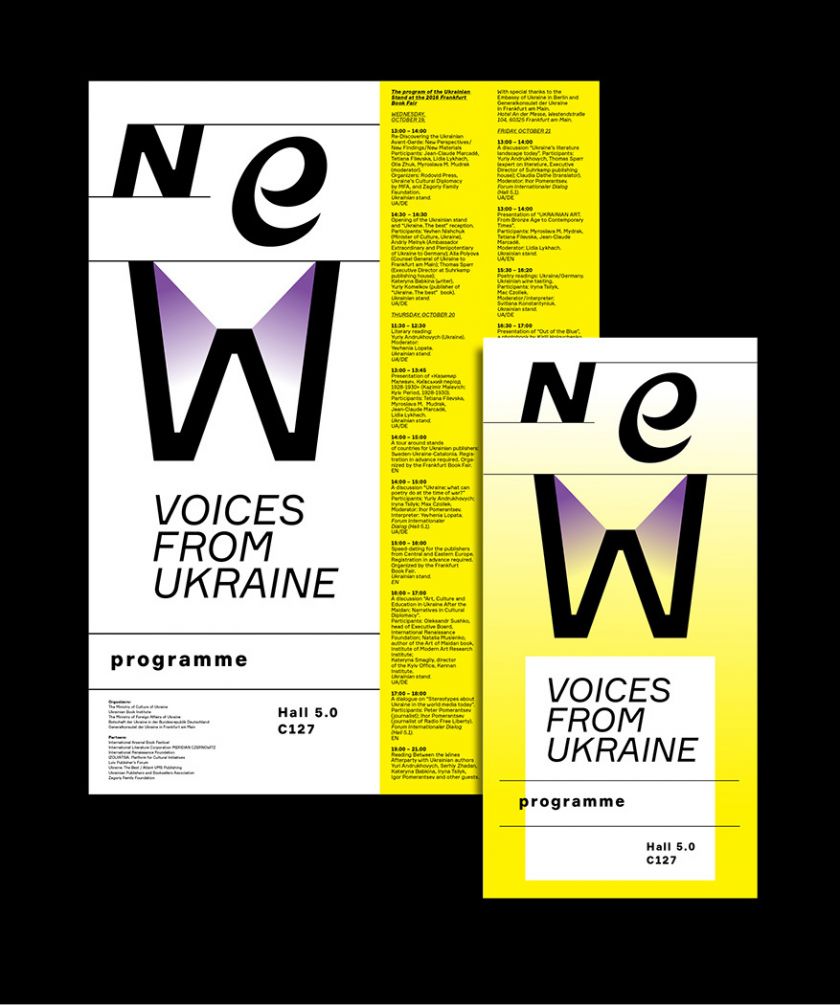 In earlier works, Aliona celebrates the architecture of Kyiv in , highlighting the connection between graphic design and the urban environment through letterforms, brought together in a poster series. There’s also a book titled for the PinchukArtCentre research platform. And there’s a proud acknowledgement of Ukraine’s “25 years of independence” in her visual identity for the Ministry of Foreign Affairs of Ukraine at the Frankfurt Book Fair in 2016.

Today, most of her projects are on hold, except for one book design she’s been working on. “I hope that it will be possible to finish. But everything has changed, and my daily routine is gone.
Even in the safe region where we are now living, most of my day is filled with hearing air sirens and reading the news because we are afraid to miss something important. I don’t think it is relevant to make some fancy graphics about this war tragedy in Ukraine. I define only one special role in design in wartime: to make clear visual messages, which may prevent or inform.” 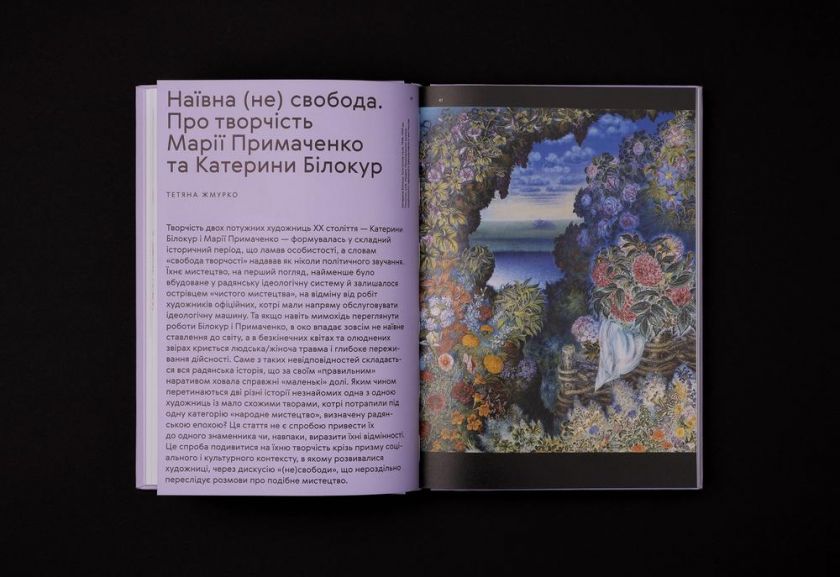 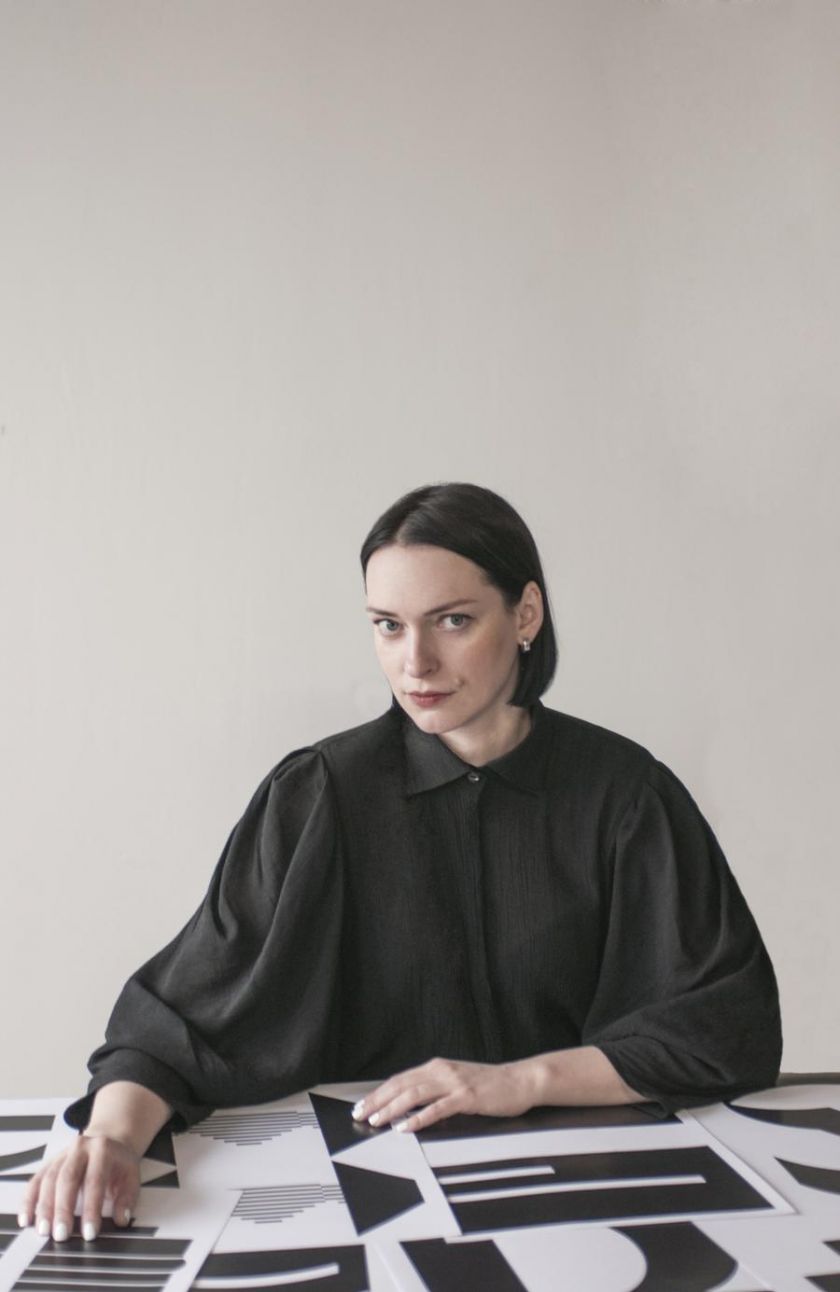