‘I see a mural as an architectural project to be solved’: Elvira Solana on her clever and formulaic mural designs 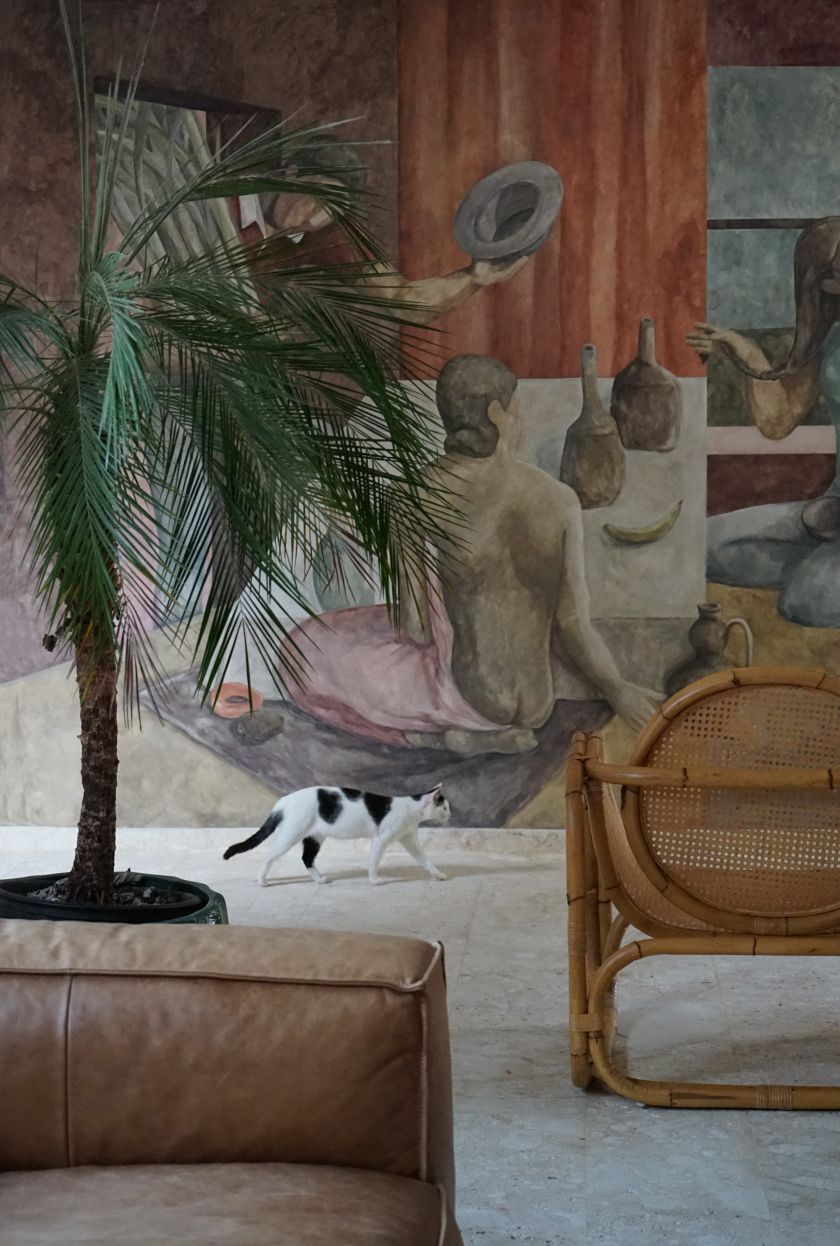 All images courtesy of the artist

is an architect who paints murals point-blank (sort of). And not just any types of murals – hers are like something from a modern Renaissance, where naked bodies prance wistfully across the wall, and dears run alongside them in an orderly fashion.

Angular, composed and cleverly thought out, you can see that she has a background as an architect, for she does work that gives off an eye for structure and form like no other.

Having studied architecture at university, Elvira explains how she ended up in a “slight personal crisis”, wanting to work more with her hands. “Initially, I completely rejected architecture,” she shares. After a couple of years, though, she returned and decided to link it with painting – “blurring the boundaries between two arts”. She adds: “I suppose a person can change their job but not their profession, so I guess I can’t help being an architect.” 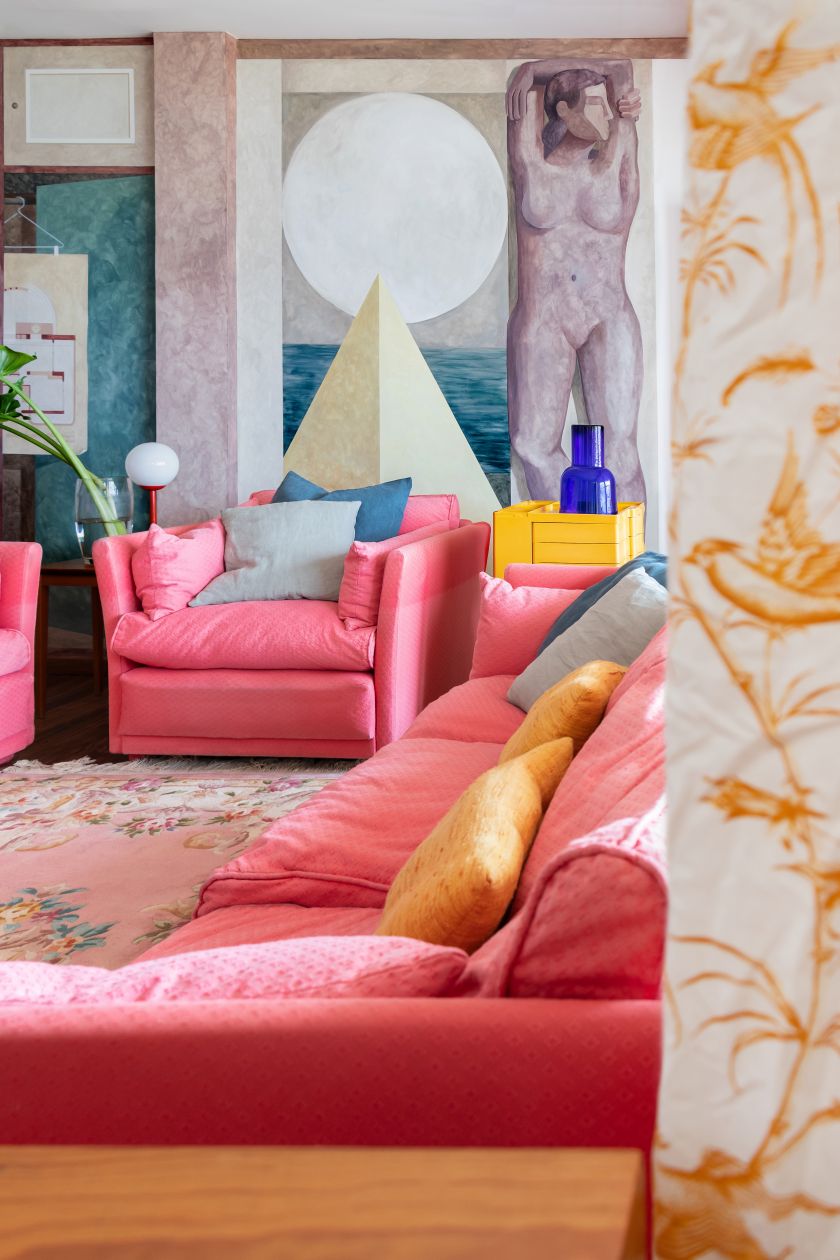 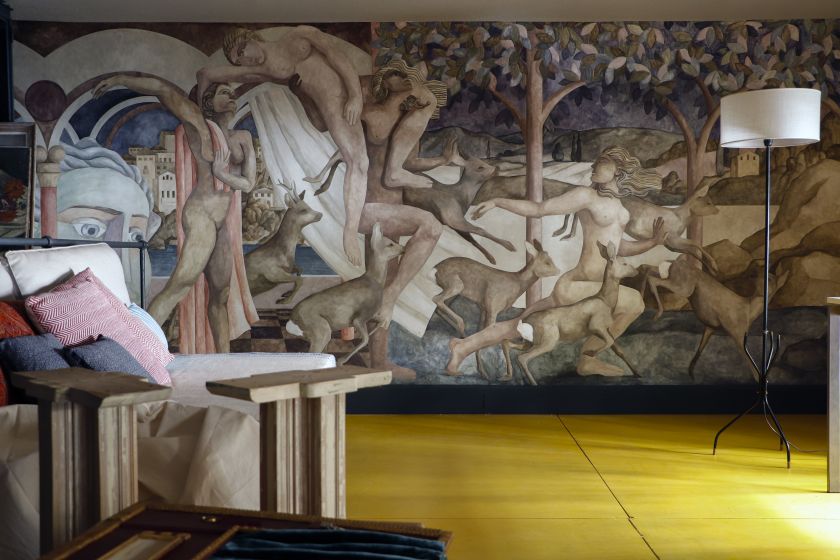 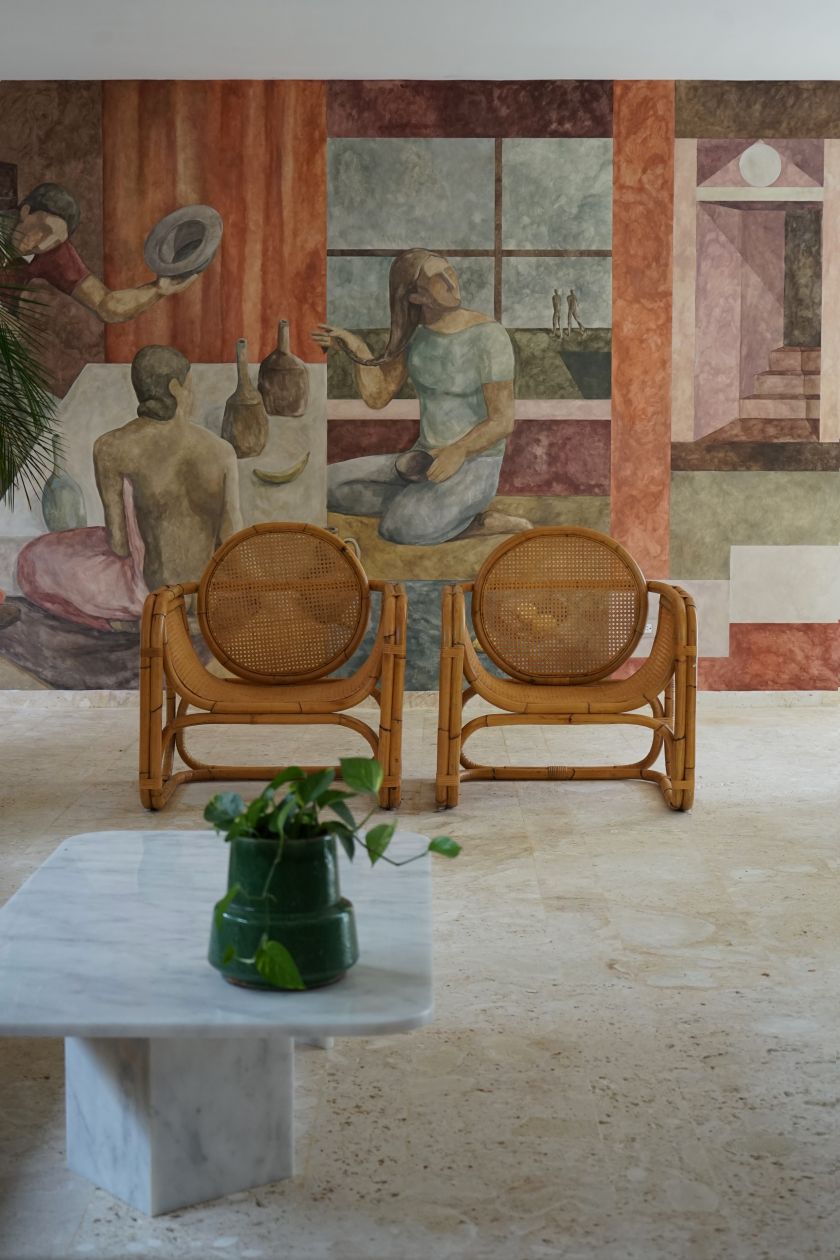 So when it comes to being a muralist, Elvira employs the stroke of a paintbrush to depict personal stories of the world and her personal quests as an artist. “I may be neither the best painter nor the best architect, but I have something to say,” she explains. “Although it may seem contradictory, in today’s work – which more than ever bases its identity on images – it is essential to develop a statement that will sustain beyond ephemeral images. In my case, the picture is only a graphic consequence of a concept, the result of an idea, but not the main engine. I see a mural as an architectural project to be solved, not as an image to decorate.”

When creating her murals, Elvira looks at the process from an architectural perspective. She considers the space: the room, contents and overall character, and she’ll get some “generic guidelines” – like a description of a space and intentions of the project – to develop it further. It helps steer the mural in the right direction and can often take between two weeks to a month and a half for completion. “Unlike painting on a canvas, a mural is always made by and for a specific context and plan,” she says. “A painting is an image created to be observed straight on. It shows all its elements at a single glance. Architecture, on the other hand, embraces the observer.”

Two recent projects that Elvira brings to attention were done in between assignments and during the previous lockdowns. The first, Private Pleasures and Misfortunes, was devised in a bathroom and made for the “most private intrigues of human beings – our pleasures and misfortunes”. It has two sides, one textural, allegoric and inspired by traditional Roman paintings, while the other is a “brief” mural and “architectonic essay” with geometric objects. 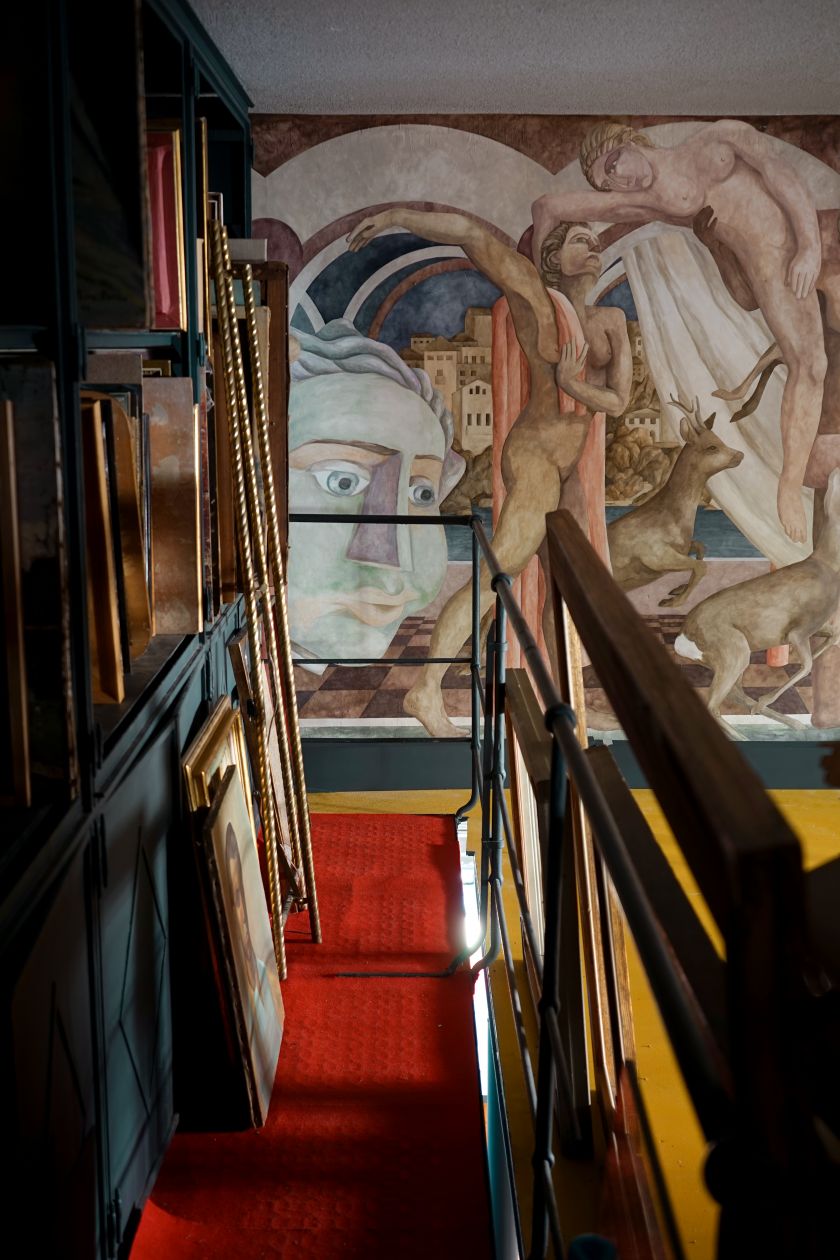 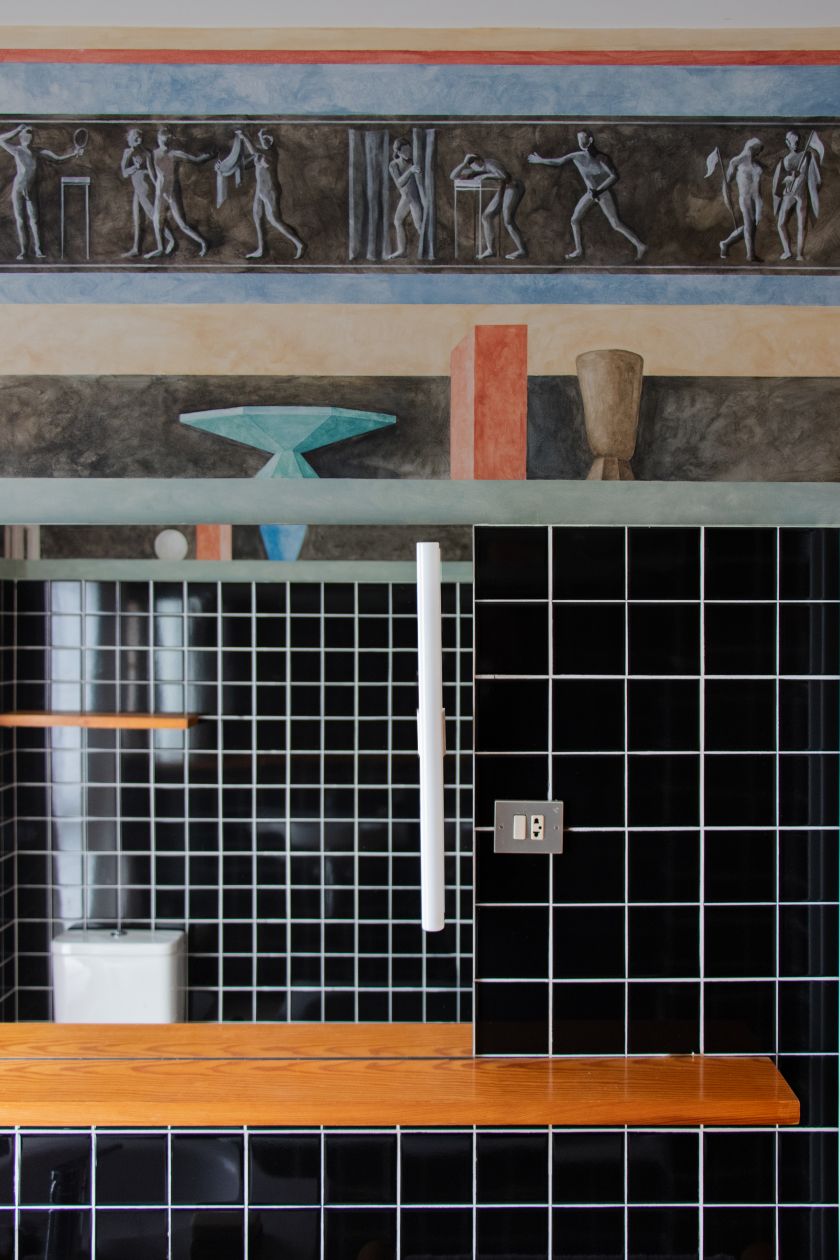 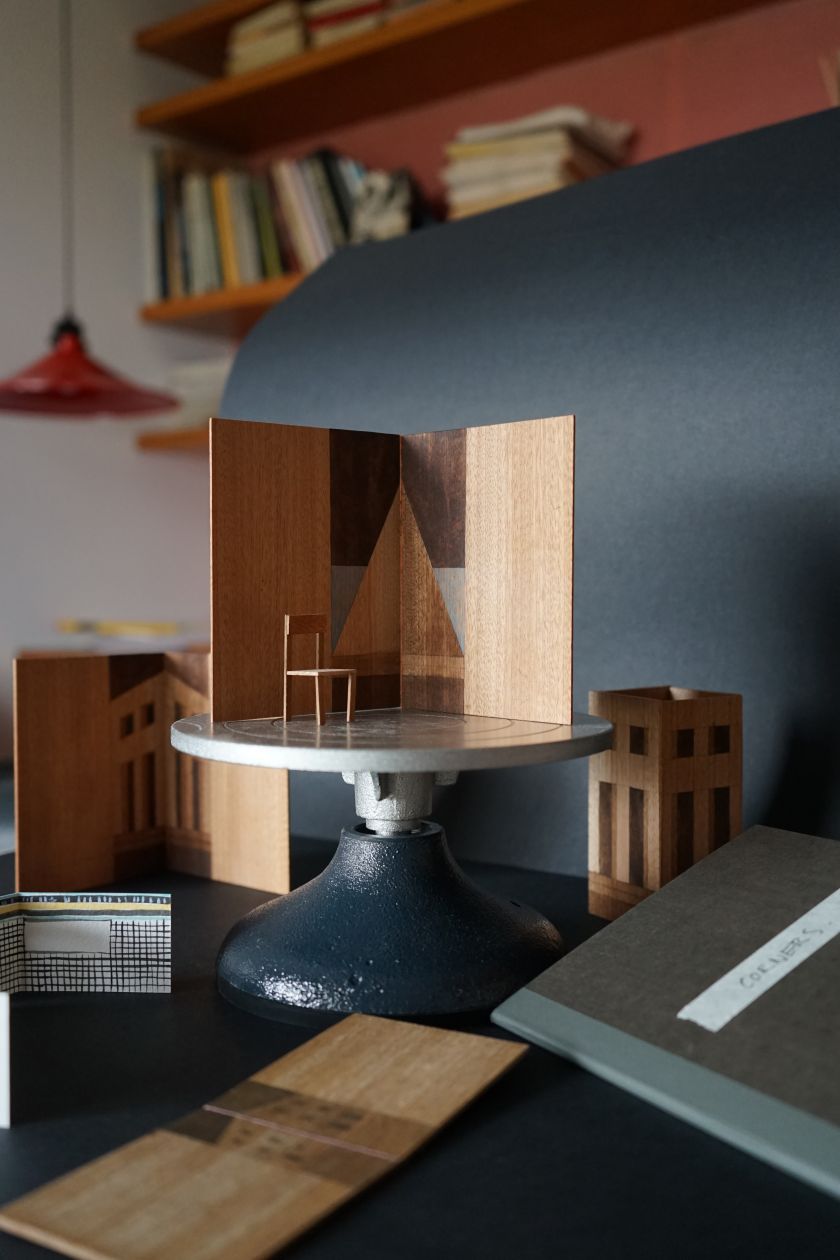 The top side shows a group of nude subjects “showing a repertoire of human pleasures and misfortunes, such as confusion, boredom, indifference, desire, love, vanity, indecision, wrath, admiration, envy, mockery, possession, rebuke, secrets, ideology, hate, fear and honour”. Meanwhile, the bottom plays with perception. Belvedere: Expansion of an Apartment is the second project, named after an Italian architectural term meaning’ beautiful sight’ – the mural is indeed a treasure for the eye.

Elvira’s work sits harmoniously in surroundings; it complements and morphs the space into a better version of itself. Murals, like architecture, can transform a space, and Elvira’s work is the pinnacle of that fact. It makes us think that if we were in the midst of renovation ourselves, perhaps we should all consider adorning our walls before changing the structure completely. “The atmosphere and qualities of a room are a combination of physical construction elements and the sensory ones such as light, proportion and colour,” she concludes. “There is no need to knock down any wall. We can just modify how we perceive them, transforming the architectural perception of a room or a space.”