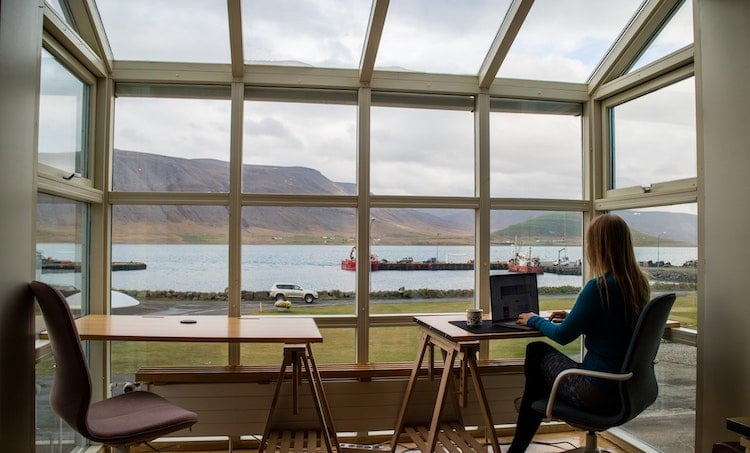 In an increasingly work-focused society, many people are starting to experience the effects of and burnout. Though a heavily work-centered culture has been largely ingrained in many countries around the world, there are some who are starting to pull back and seek out better alternatives for a more and fulfilling life. Recently, a was completed in Iceland that sought to test the effects of implementing a four-day workweek with no reduction in pay. The large-scale trials conducted from 2015–2019 reduced the working week from the typical 40 plus hours to just 35 or 36 hours a week, and the were quite encouraging.

The research was led by —a think tank based in the UK—and Iceland’s (ALDA). The social experiment included over 2,500 workers, which makes up over 1% of Iceland’s entire workforce. Those who participated were employed in a variety of fields and working environments—hospitals, daycare centers, offices, shops, etc.—and included those working typical 9 to 5 jobs as well as employees working more variable shifts.

During the trials, researchers collected data on various markers including work performance, work-life balance, and overall wellbeing. In their analysis of the data, they discovered that despite the shorter workweek, employees maintained or even increased their productivity at work. Additionally, workers reported major benefits—improved work-life balance; less stress; more energy for outside activities, household chores, and ; and more time for themselves and to spend with their families. And these positive outcomes were especially significant within single-parent households.

“The Icelandic shorter working week journey tells us that not only is it possible to work less in modern times, but that progressive change is possible too,” ALDA researcher Gudmundur D. Haraldsson.

Following the trial’s success, the four-day workweek has been implemented more widely throughout Iceland. And now, 86 percent of the country’s workforce has adopted a shorter working week. Though Iceland isn’t the first to push for a shorter workweek, its widespread success is an encouraging step forward and has given a road map to how this type of change might be executed in other countries around the world.

Iceland completed a study testing the effects of a four-day workweek with no reduction in pay, and the results were quite encouraging.

The trials were an overwhelming success, and since completion 86% of the country’s workforce are now working shorter hours or gaining the right to shorten their hours.