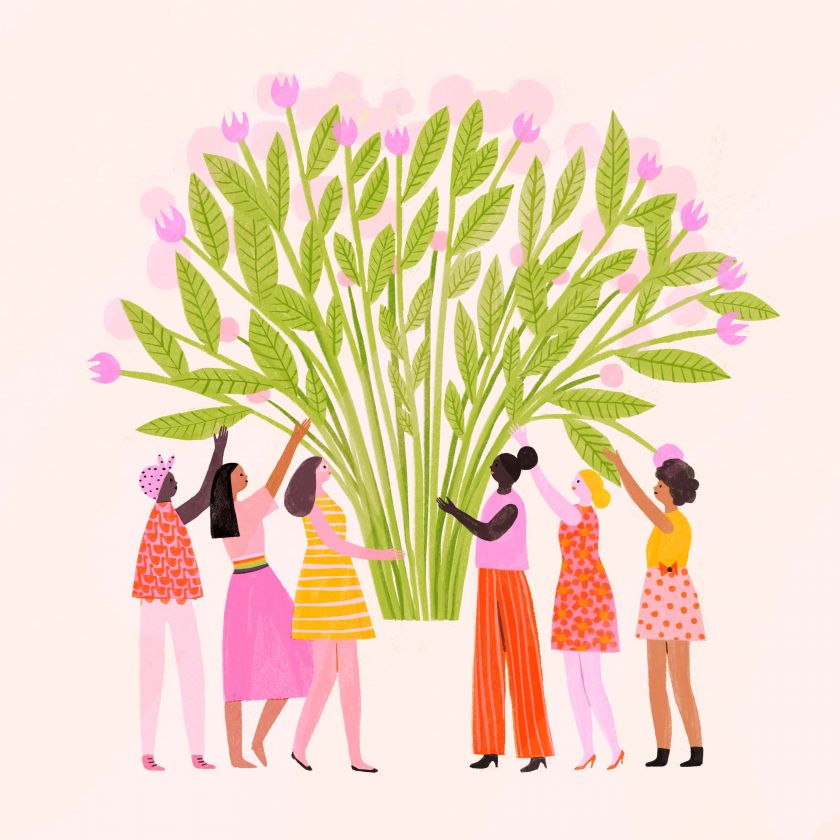 It’s hard to know where to start with Aura Lewis’ many talents. An MFA graduate from the School of Visual Arts in New York City, her lush, almost textural illustrations have appeared on murals, in the pages of books she’s written, and in the titles of hit TV dramas.

Drawing her inspiration from women’s history, fashion, and social activism, Aura’s art style is both new and familiar. The women she depicts look like they could have walked straight out of the pages of a ’60s glamour magazine. Yet, they are depicted with a forward-thinking awareness and dignity, presenting familiar aesthetics in a new light.

This repositioning of femininity, and the celebration of its virtues, has led Aura to work with Hallmark, Disney and The New York Times. Her picture book biography of pioneering feminist Gloria Steinem has received critical acclaim, and a series of subsequent books have been praised for being ardent celebrations of femininity.

We caught up with Aura to learn more about her creative journey, how she champions women and her approach to illustration. 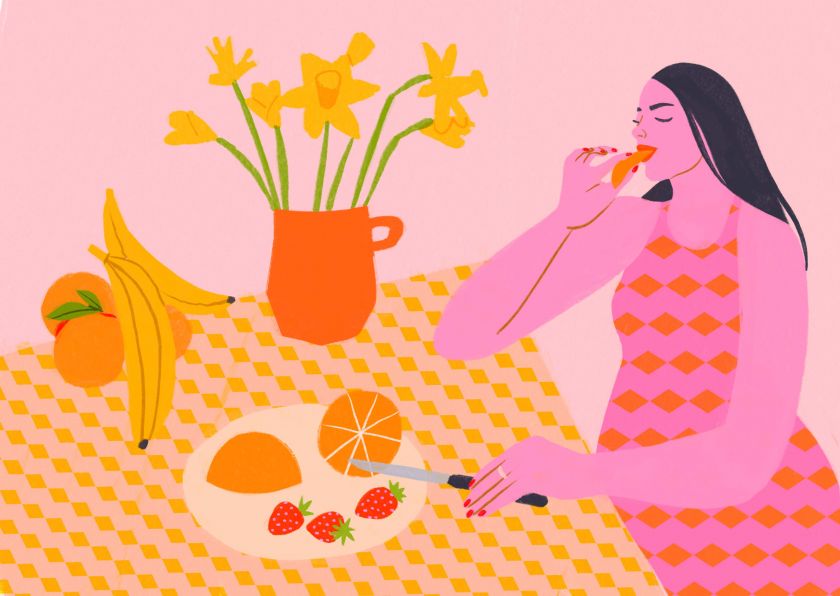 When did you first know that you wanted to be an illustrator?

When I was little, my favourite thing to do was to draw and paint. I literally drew all day. However, it took me some time to turn this love into a full-time profession. I tried a few different career paths first (like psychology and architecture!) and finally landed on graphic design and art direction. I learned a ton in these career paths and had some really interesting projects.

That being said, I was not feeling creatively fulfilled and eventually realised that I truly wanted to illustrate and return to what I always loved best. So I went back to school and got a master of arts in illustration. I have been working as an illustrator and author ever since.

Who are your biggest artistic inspirations?

I am inspired by colour, fashion design, and textiles from around the world. I turn to art history for visual inspiration as well. I also get inspired by travel and spending time in nature and new places and cultures. My wanderlust has been a bit starved in recent years, and I hope I can resume travelling again soon! 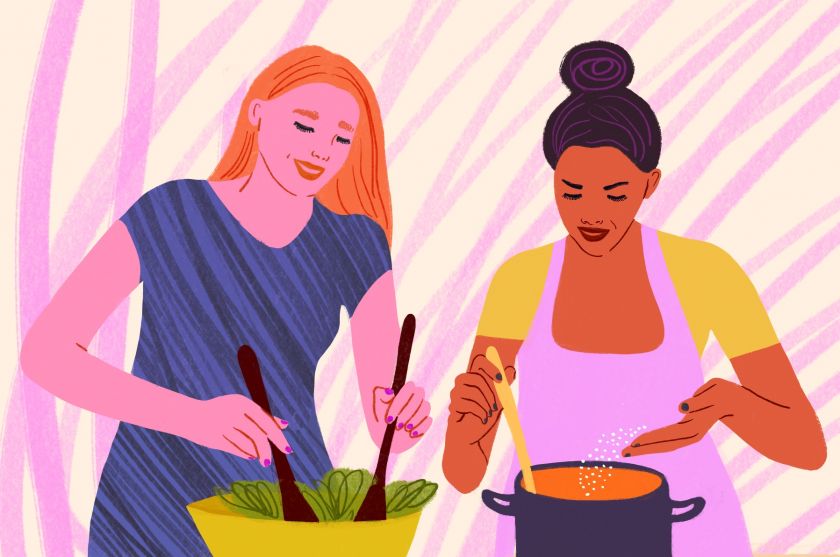 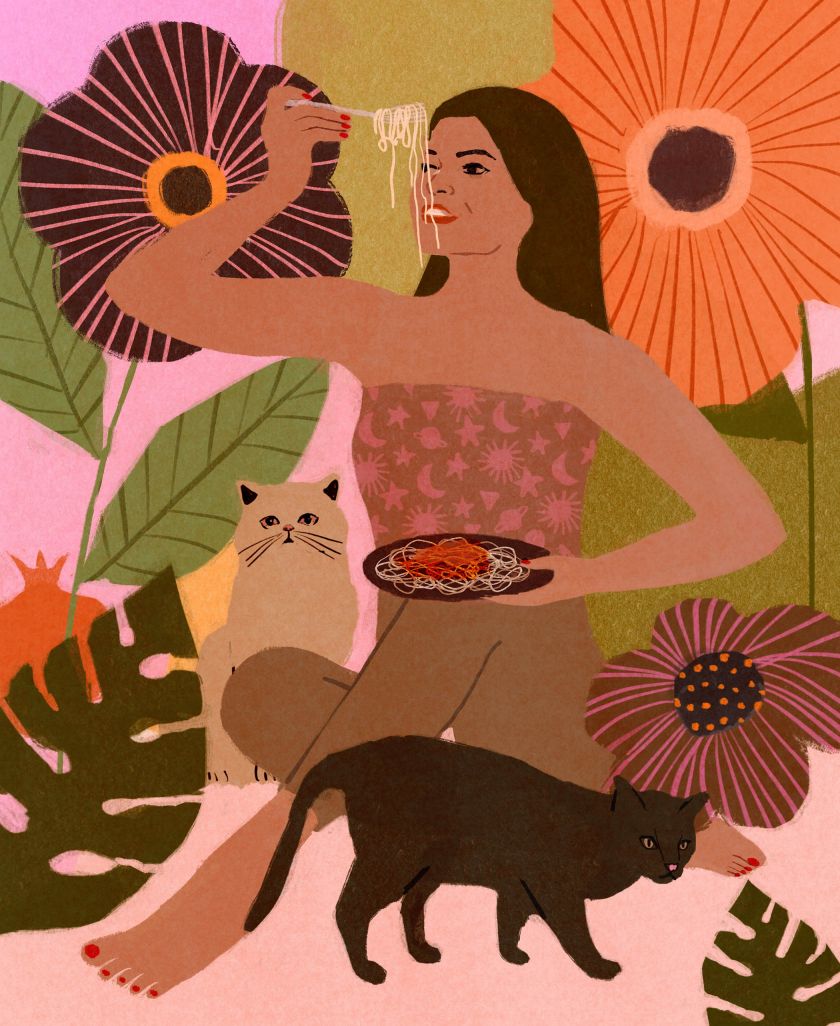 What is your creative approach to illustration?

In the past, I only drew traditionally, believing that it was a superior or more ‘real’ way to work. But, In recent years, I have found that digital illustration is freeing, as I am not as worried about making mistakes and can freely experiment with shapes, colour and composition.

There’s a warmth and an organic quality to traditional media that can’t quite be duplicated digitally. So, I often blend textures and elements that I create traditionally in my digital illustrations. It depends on the feeling and mood I’m trying to create in every piece.

How is your ‘unabashedly feminine’ approach realised on the page?

We’re all familiar with visual elements, topics and colours that have been culturally labelled as ‘feminine’ or ‘girly.’ Be it the colour pink, flowers, felines – and of course, anything pertaining to the domestic sphere – these have traditionally been deemed as less valid or artistic because they were not ‘serious’ or ‘masculine’ enough.

In my work, I embrace these visual elements as beautiful and worthy. In addition, I try to use them as a feminist statement, to present them not from a place of weakness or marginally, but as a stance of empowerment. 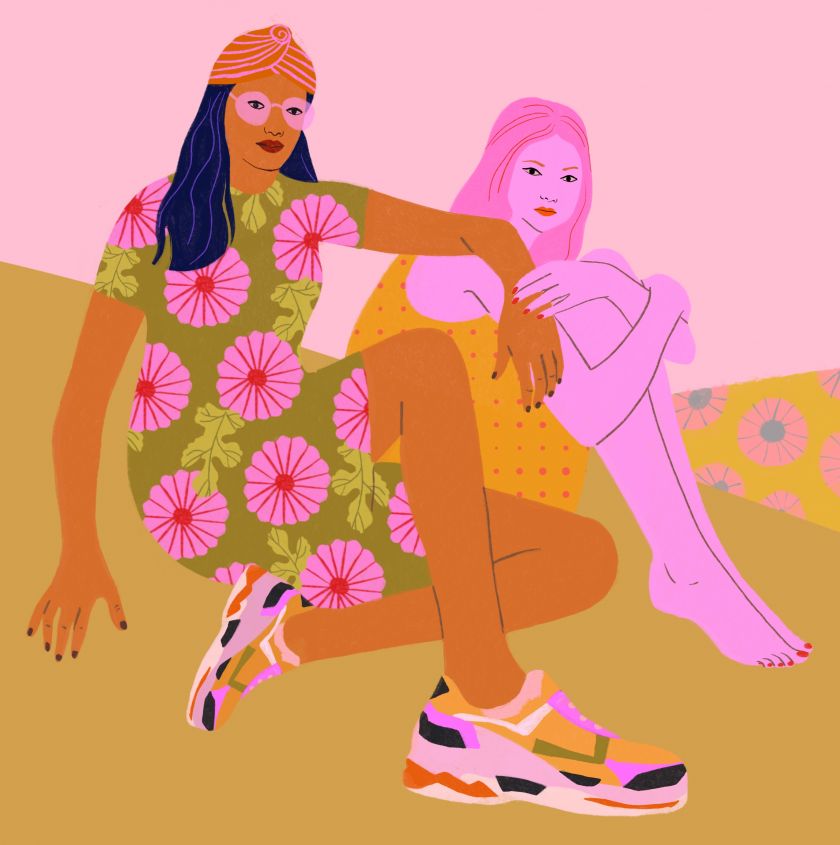 What has been your proudest project to date, and why?

That is very hard to answer! I think I am most proud of the books I’ve both written and illustrated. For me, making a book from beginning to end, putting it out in the world and sharing it with others is so creatively fulfilling and one of the best things to experience.

That project was so surprising and wonderful. The creative team that worked on the titles for Mrs America reached out to me directly (while I was travelling in Vietnam!) all because of the book cover for my very first picture book, Gloria’s Voice, about the famed feminist activist Gloria Steinem (who is one of the main characters in the show.) The director of the show loved the vintage-yet-modern style of the cover and wanted a similar vibe for the titles, and that’s how I was invited to be part of the team.

Working on the project was super intense and fun, as there was a tight deadline and many changes along the way. Ultimately, it was an absolute joy and a dream come true to see my illustrations become animated and come together in the fabulous titles created. I’d love to work on something like that again someday! 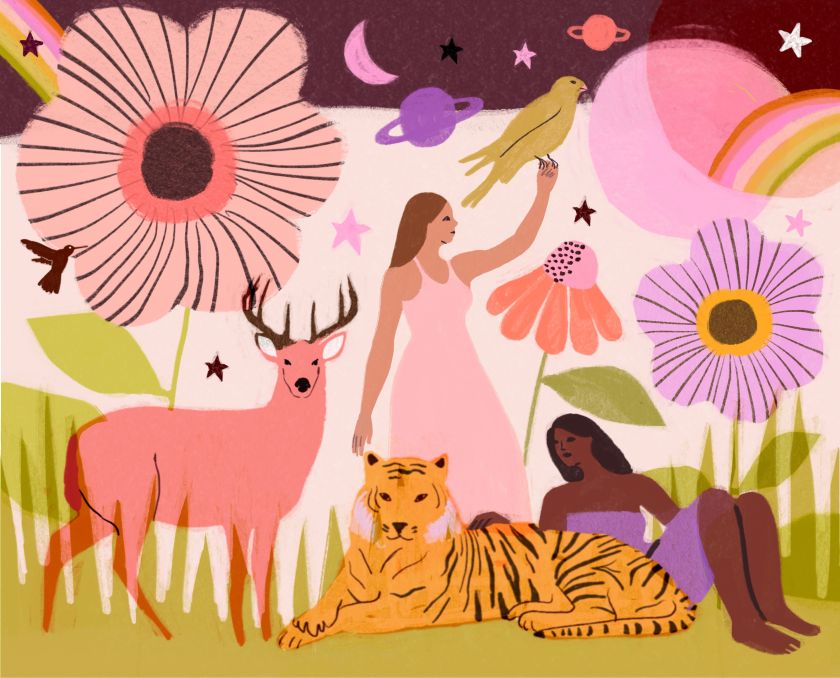 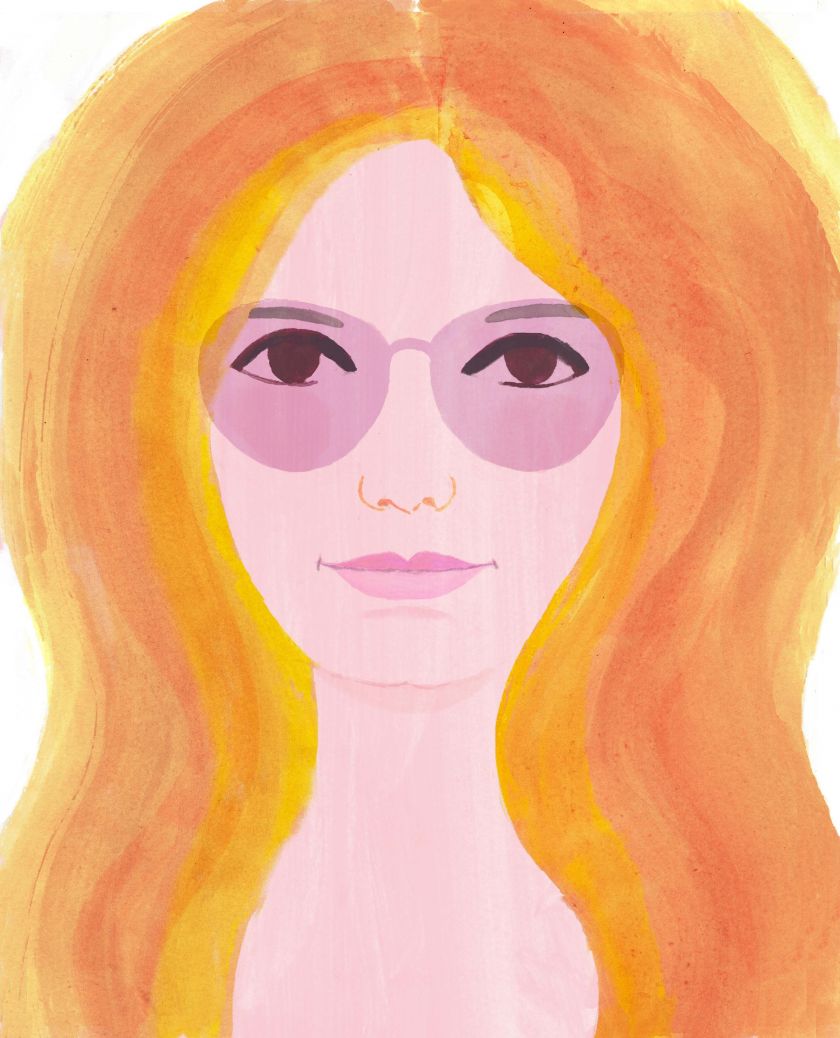 What are you working on right now?

I’m currently working on several picture book biographies, which I’m excited about, and writing and illustrating new fiction works! One of my upcoming picture book biographies is about Sara Little Turnbull, an acclaimed 20th-century product designer and innovator. Their work on a new medical mask in the 1960s inspired the design for what we know of today as the N-95 mask. As a designer myself, I found Sara inspiring and wanted to bring her (relatively unknown) story to life.

I’m also working on developing illustrations for card decks and other editorial projects and continuing working on more artistic pieces. I love having lots of different things to work on at once, as I find that working in different ways and genres helps me keep things fresh.