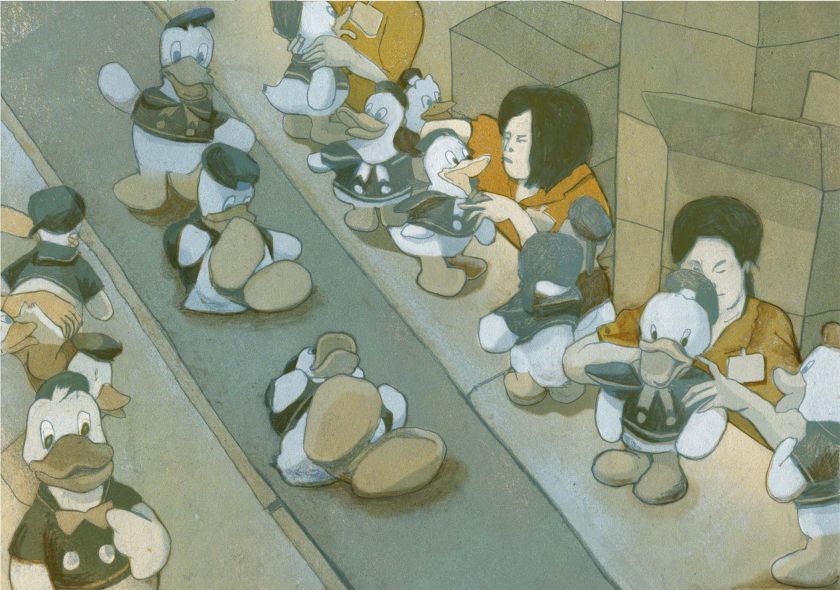 Royal College of Art graduate explores the industrial history of China’s Pearl River Delta in her graduate project, Pearl’s Daughters. Described as a literary collage, the project pushes picture book boundaries to tell the story of the factory lives of migrant women.

Nestled in southern China, the Pearl River Delta used to be an important domestic economic centre that relied heavily on migrant workers, with young women, in particular, forming the bulk of the workforce. Among these labourers was Chenyue’s mother. However, her hardships seem distant and unrelatable now that the area has been transformed by rapid urbanisation.

“Initially, I an idea to tell stories about them both, seizing on my memories of the city and of my mother because she always thinks that her experience is indifferent,” Chenyue, who was born and raised in the region, tells Creative Boom. “I’m aware that there are many people like my mother in the city, though, so I want to tell stories for them.” 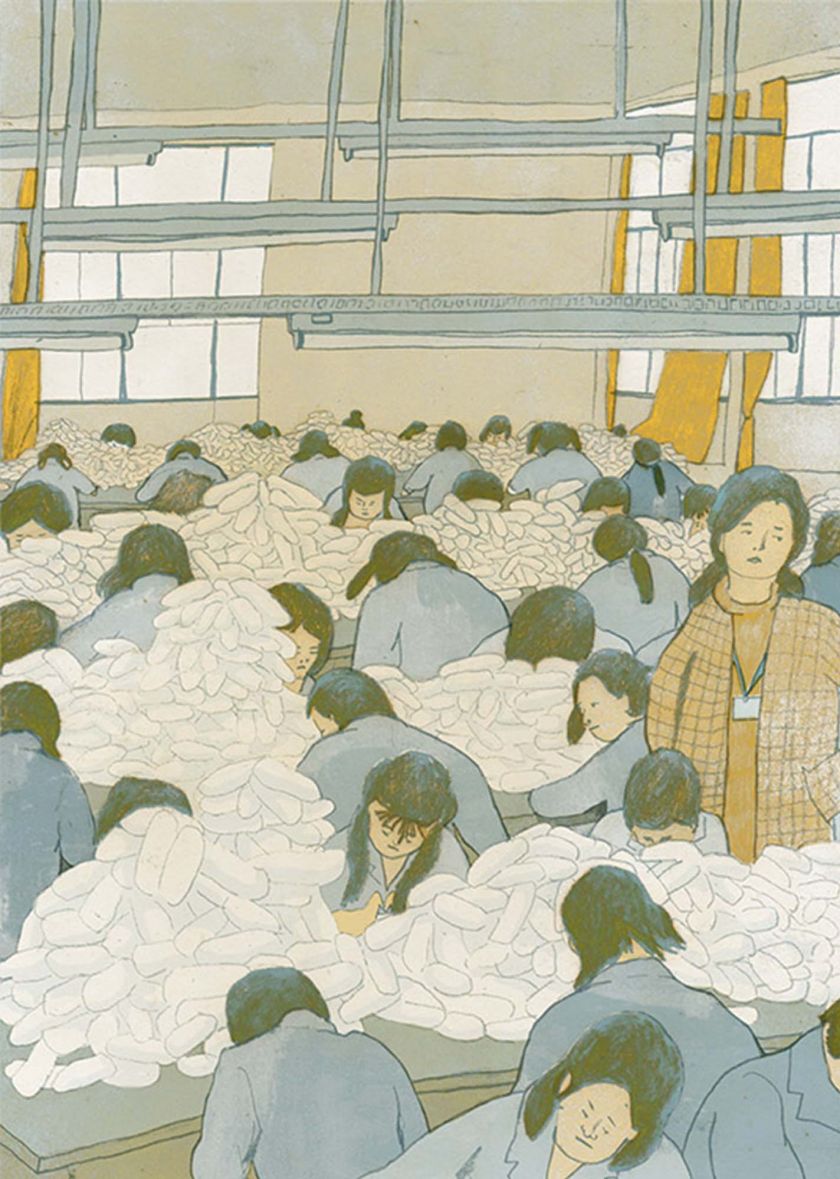 In its pages, Pearl’s Daughters depicts the working lives and conditions of women like Chenyue’s mother. Opening with a recruitment advert on the lookout for young, high school educated Hong Kong women; the project looks into their working lives as they toil away on sewing machines and assemble toys on a production line, as well as the day to day details such as how they wash their hair.

Beautifully illustrated throughout with a faded palette of browns and blues, it’s a moving tribute to these women that’s delicately informed by their voices. “When drawing these characters, I always remind myself that they were all vivid individuals, and I had to set different dynamics and expressions for them even though they were doing the same thing.” 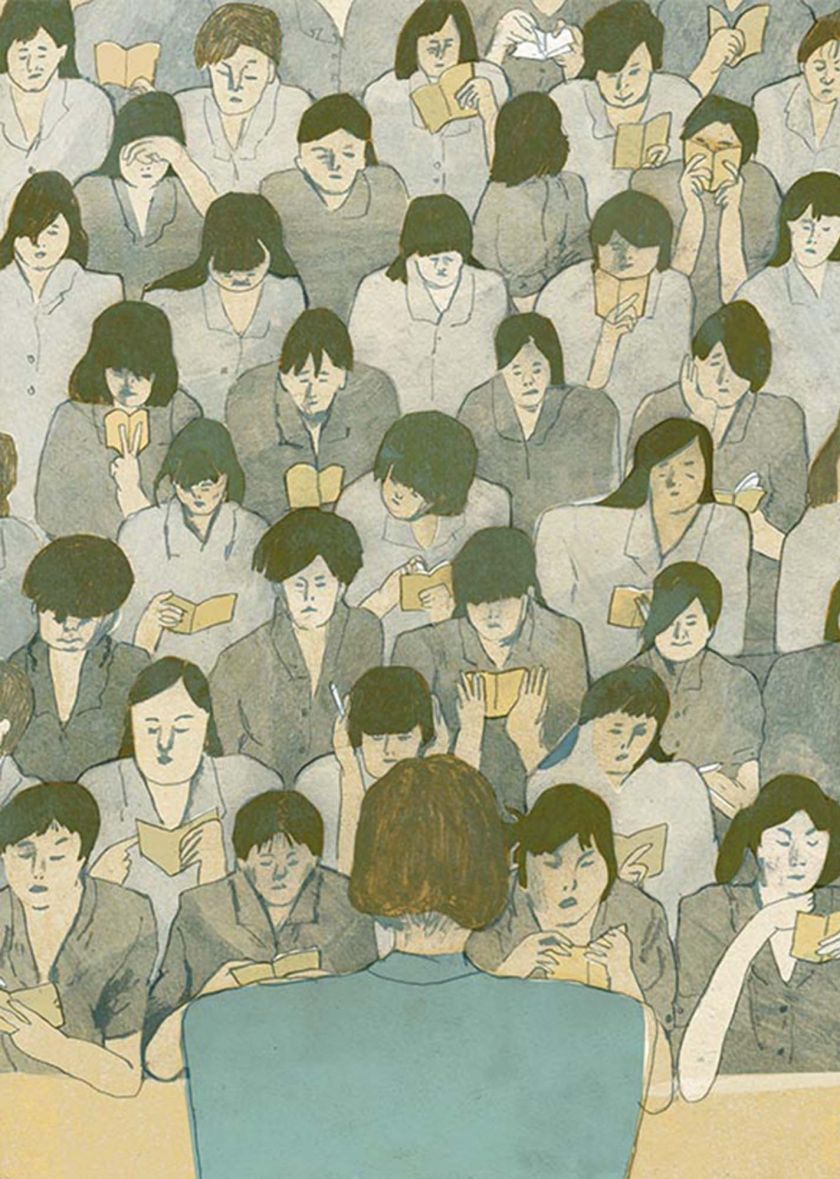 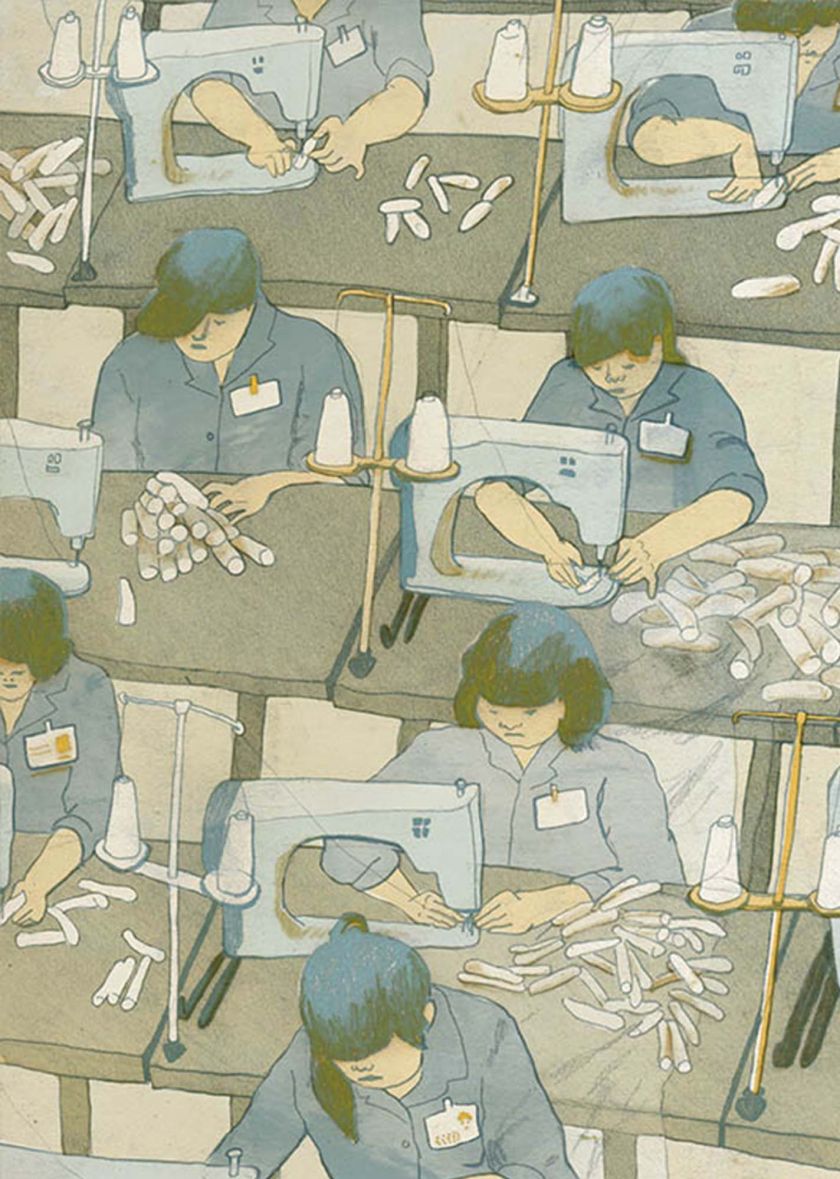 Inspired by Big River Big Sea: Untold Stories of 1949 by Taiwanese writer Lung Ying-Tai, Chenyue wanted to channel a similar approach to telling stories and recreating historical scenes using multiple voices. In Pearl’s Daughters, there’s no single lead character but a collective story told through shared lived experiences. “In this way, the story does not point to any specific individual. But it can also tell the real experience of this community, which is a good way to protect their privacy in my perspective.”

With a background in archival science, Pearl’s Daughters reliance on history and anecdote sounds like a perfect evolution of Chenyue’s talents. However, she’s unsure whether the progression is that clear cut. “Generally speaking, I tend to understand ‘archive’ in a broader sense and often value my practice as the process of making archives or organising them in a creative way,” she reveals.

And with Chenyue conceiving and working on the project during the second lockdown, Chenyue had to be very creative when it came to organising and sourcing narratives from the female labourers. Returning to the local area for investigation was impossible, so she turned to second-hand research. 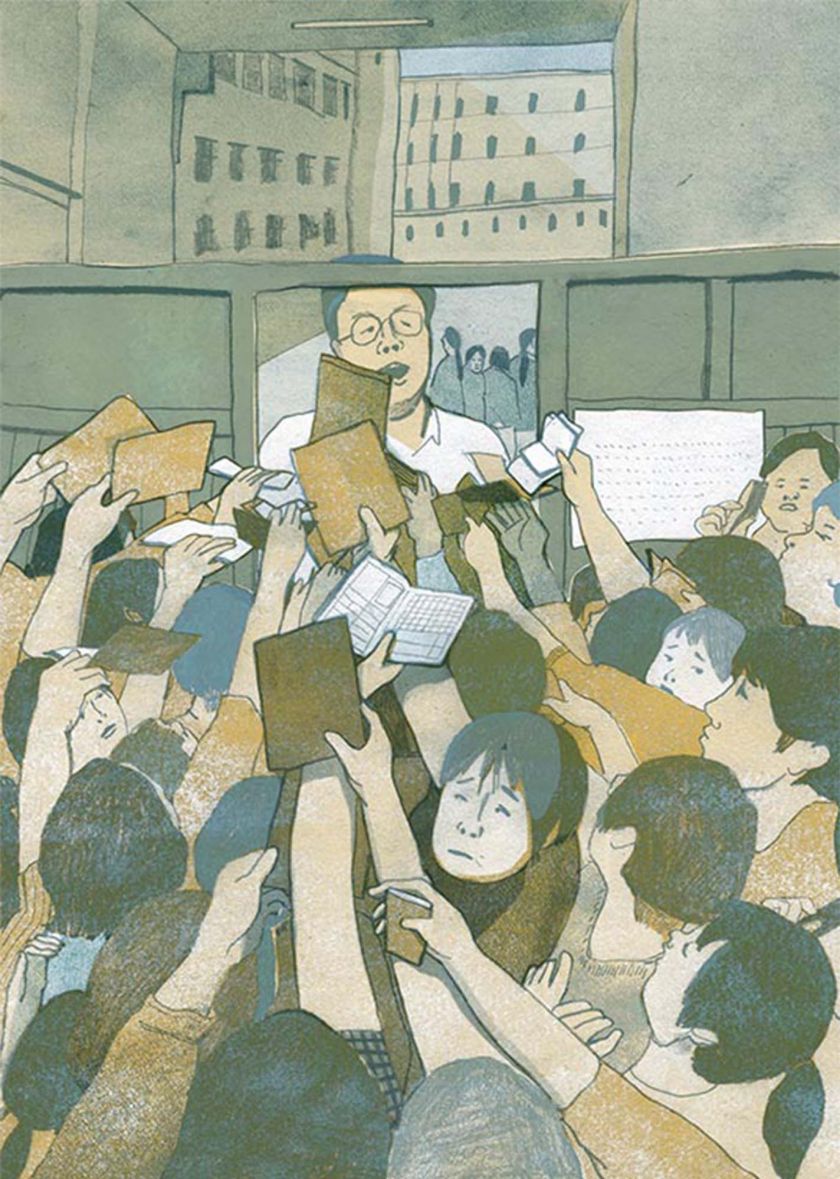 “I didn’t care much about where the stories came from; I was more interested in finding the true, personal voices in the words,” she explains. “I was especially keen on the fragmental voices of these women, which emerged from among all the journalism and interview records. And of course, my mother’s stories helped me a lot in terms of building up the narrative in this project.”

Alongside the personal blogs and diaries she unearthed while working on the project, Chenyue relied on historic photographs as the main source of visual reference. Her drawings are based on recreating these found photos and bringing them to life in a similar way to the stories. “These photos were taken by different photographers and in different factories, but they were taken extensively in the Pearl River Delta in the 1980s-1990s.” 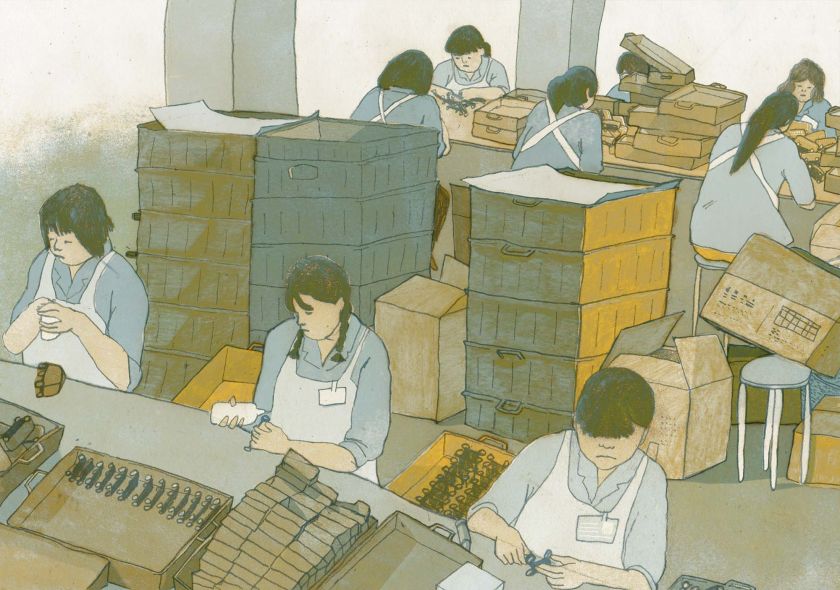 Pearl’s Daughters also taps into another of Chenyue’s interests: ordinary people. “As a person who grew up in an Asian family, like many of us, I have been asked to be ‘perfect’ in the eyes of my parents,” she says. “But a real person has shortcomings, embarrassing moments and anxieties.”

Paying attention to these imperfect moments helped Chenyue to fight back against her parent’s expectations, but it was moving to London that made her fully realise the power of ‘ordinary’. “As an international student, I have conversations with strangers as a way to practice my English and lessen my loneliness.” These conversations have revealed surprising aspects of people and have challenged Chenyue’s preconceptions. “Therefore, whenever I think a person is ordinary, it’s just because I haven’t spent enough time getting to know him/her.”

Pearl’s Daughters is currently available to buy as a seventy-page publication, with a limited number of hardcover printed copies available. Message Chenyue via her , or drop her an email if you’re interested in picking it up. 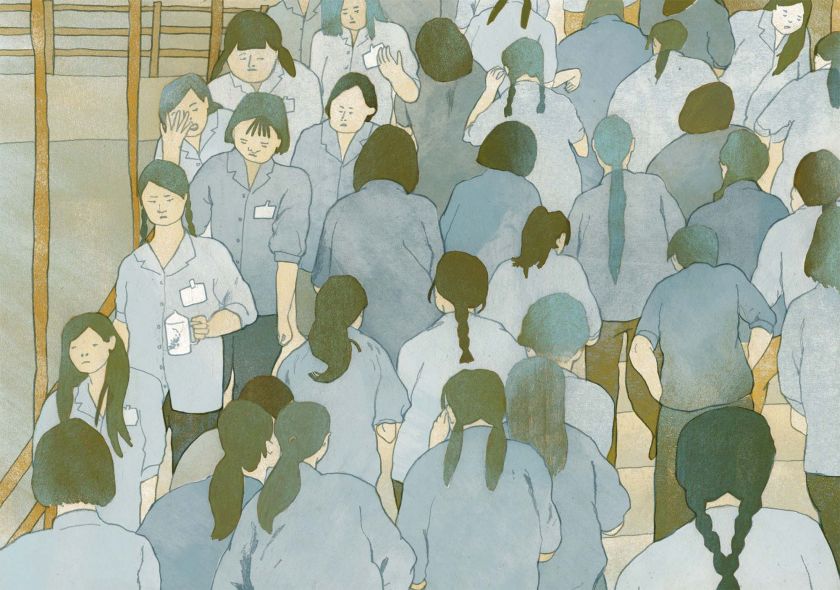