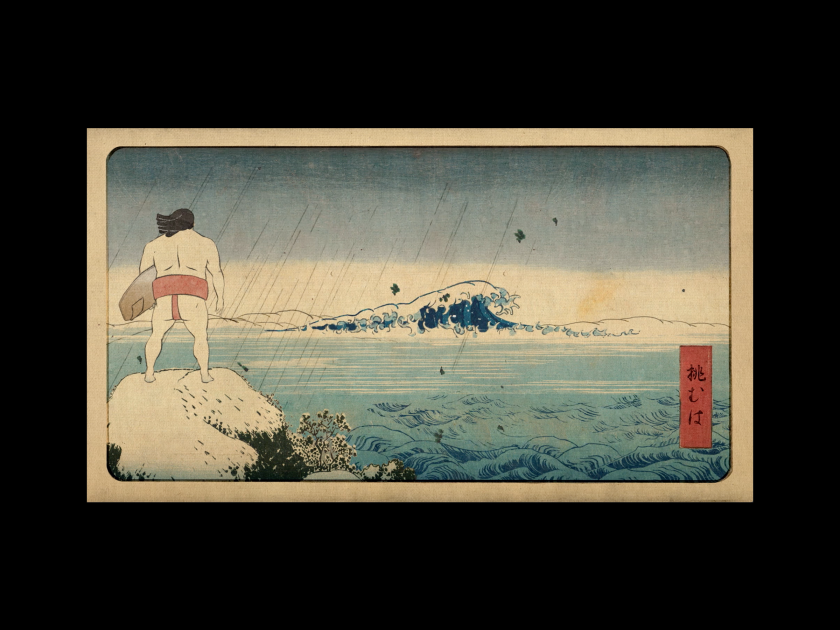 French Illustrator has collaborated with to create an animated spot for France.TV that pays tribute to Japan, ahead of the Tokyo Summer Olympics. The campaign is inspired by the masters of Japanese art, notably Hokusai, and his famous Wave.

The film shows a bold sumo wrestler roaming the Japanese countryside, using nature and the surrounding woodblock printed landscapes to represent some of the disciplines contested at the international event, including surfing (on The Great Wave, naturally), skateboarding, athletics and basketball, which the character tries throughout the ad.

It’s all backed by dramatic Japanese music and drums, taking us at high-speed through rice fields and bamboo forests, over ornamental bridges, past Mount Fuji, and to finish, the hero sumo character is seen standing in the middle of a stadium after training, ready for the big competition.

The Summer Olympic Games will be held from 23 July to 8 August 2021 in Tokyo. The campaign launched on all channels and media France.TV earlier last month. Be sure to also watch the “making of” video below.