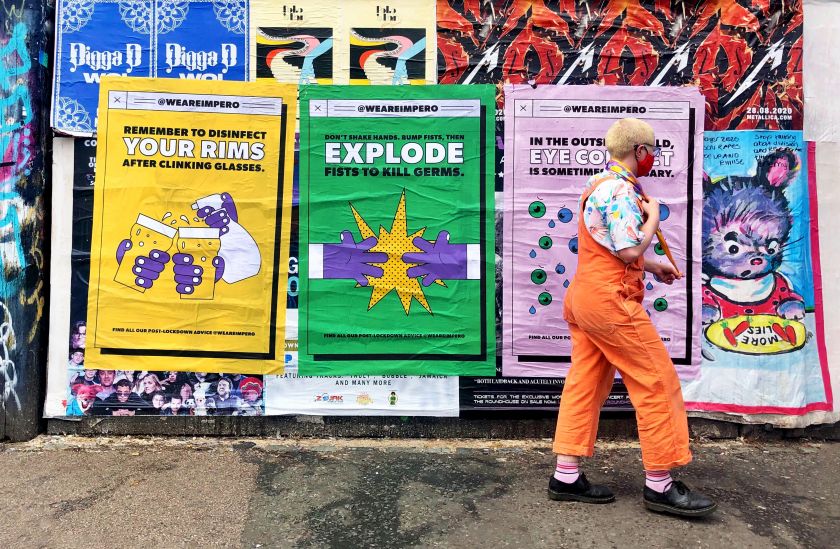 If you’re feeling a little anxious post-lockdown, then a funky new ’90s-web-inspired guide by London creative agency might help and even raise a smile.

Asking members of its team to share their experiences and concerns about the post-lockdown world as they started to go back outside, it chose eight snippets of advice to illustrate and turn into lighthearted posters and animations. “Remember to disinfect your rims after clinking glasses,” was one nugget of wisdom, while another reads: “Don’t shake hands, bump fists, then explode fists to kill germs!”

Etienne Godiard, a visual and motion designer at Impero, said: “We wanted the advice to pop up when you need it most, so we borrowed from the simple visual style of ’90s pop-up windows, which gave us a comforting nostalgic look, as well as lending itself well to the animation.”

But Impero didn’t just create posters and animations; it “hacked London streets” with AR allowing people to see relevant tips depending on where you are. “Pubs, beauty ads, offices, and police stations were hacked,” adds Etienne, “so you could trigger our guide to lockdown life and see it come to life right in front of you.”

There’s even a clever Instagram filter to “train yourself to deal with eye contact again, once back in the office”. Such a simple but fun idea executed brilliantly. The project ends with the reassuring words: “You can now enjoy real life”. 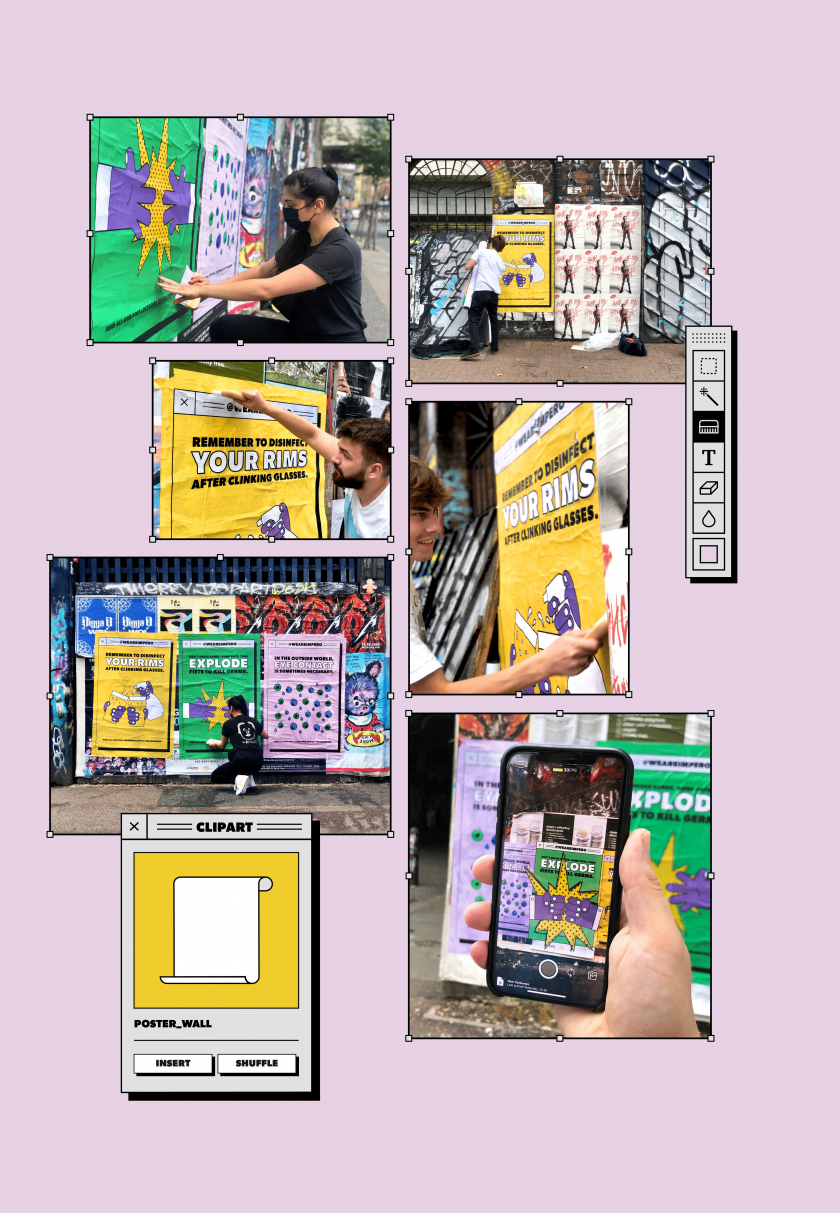 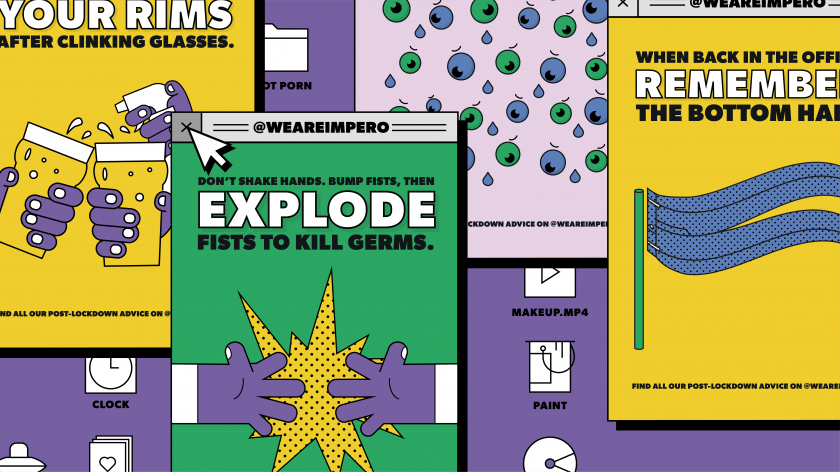 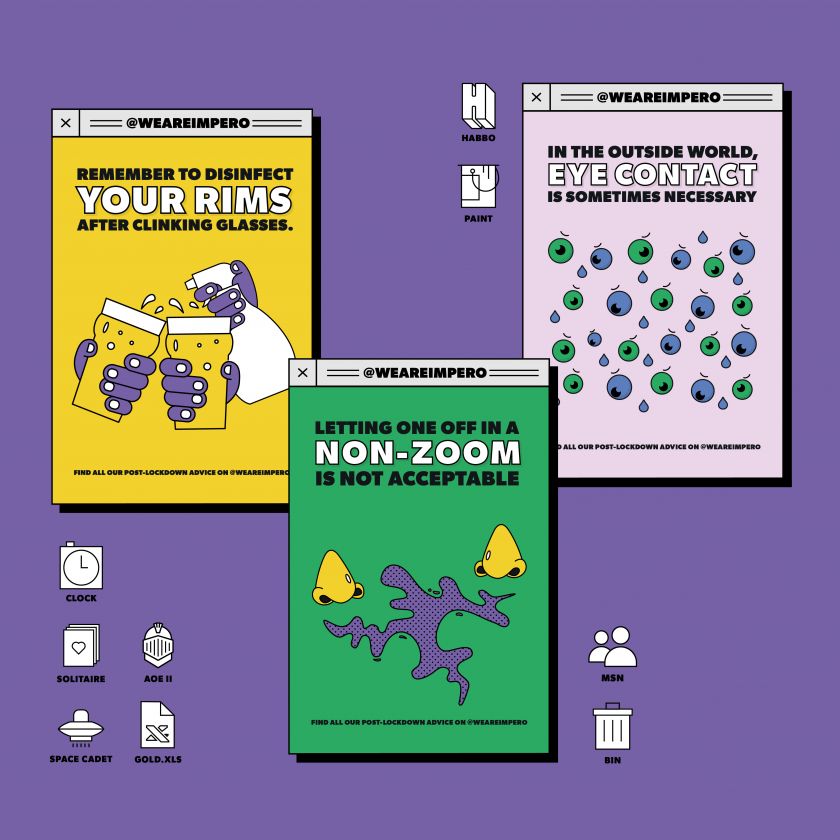 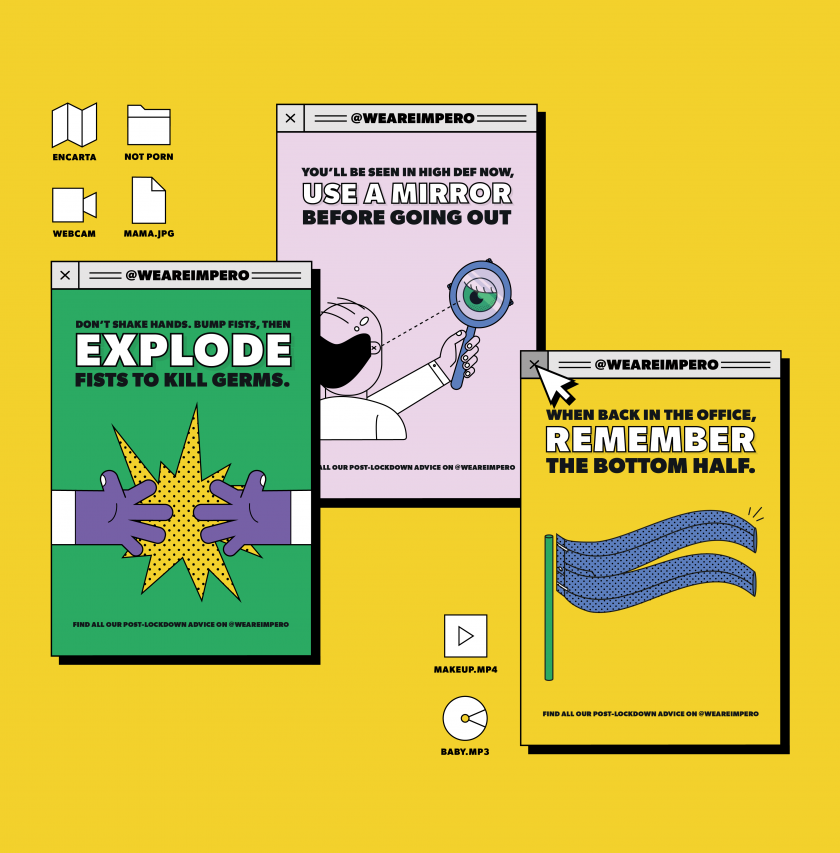