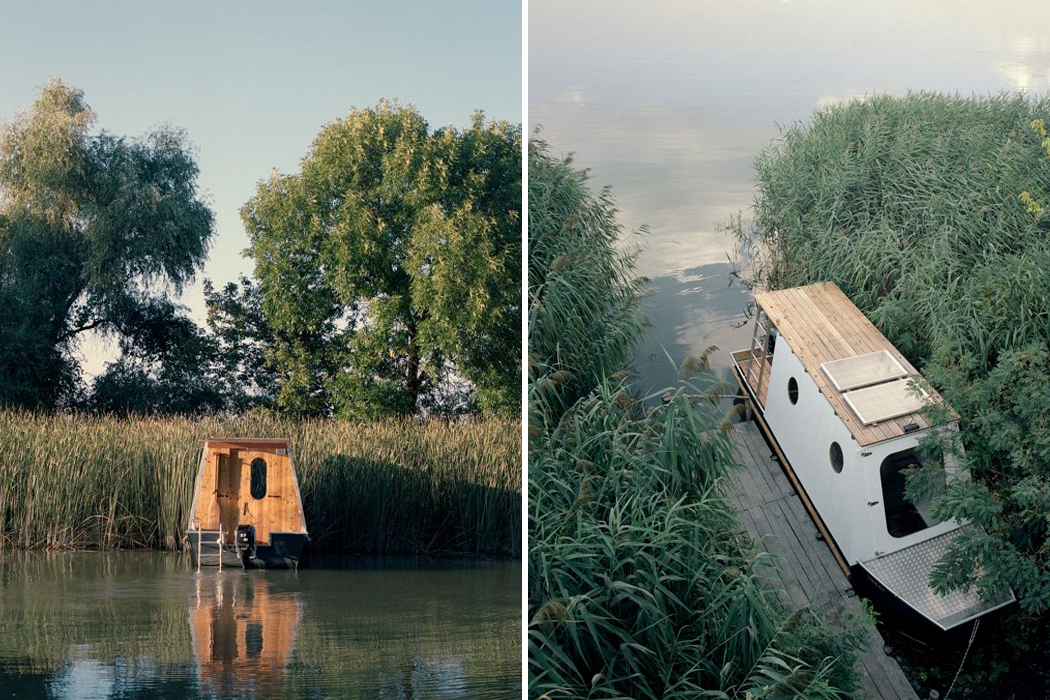 Floating idly by the waters of Lake Tisza, a small, white called Sneci carries a city-dwelling couple who call the tiny vessel home. Tamás Bene, a Hungary-based architect, designed Sneci with and mobility bringing him his main inspiration. The couple, originally from Budapest, sought Bene out to build a summer home that wasn’t grounded or fixed but embedded in the beauty of The Great Hungarian Plain’s Lake Tisza.

Sneci’s pace might mimic its namesake, ‘the snail,’ with a smaller 9.9 internal combustion engine, but Bene and his clients wanted a houseboat that could bring them through Lake Tisza’s curving waterways slowly. In fact, Sneci was built for leisure. After all, the fisher’s lifestyle, which inspired the boat’s overall design, has a way of slowing things down. Bene looked to other boats dotted along Lake Tisza’s shoreline, like fishing boats, for their compact, yet functional operation – hoping to maintain an overall small size and adaptivity standard so that the houseboat’s residents could move modestly on the water, but purposefully indoors. Managing to incorporate a small kitchen, dining area, and double bed in Sneci’s small space, Bene paneled the boat’s interior walls with thermo-wood and Redwood timber. Since designers structure fishing boats primarily according to each fisher’s needs, the final vessel prioritizes practicality above aesthetics. Hoping to find a way to bridge the two, Bene maintained the houseboat’s inherent minimalism in maintaining a compact living space, while integrating subtle, nautical design accents for both the boat’s interior and exterior. Most of Sneci’s exterior cladding and structure are built from aluminum and then covered with a stately, snow-white coating. Besides aluminum, Bene utilized heat-treated thermo-wood for Sneci’s roof, decking, and back wall. Smaller portholes provide the interior living space with views of the lake and a larger, floor-to-ceiling door offers a fuller view and opens up to the houseboat’s bow deck and the artificial lake’s outdoor wonders.

However, building Sneci to blend in with Lake Tisza’s shoreline shrubbery and trees required some energy-efficient sources of power for a water system and electricity. Two solar panels line Sneci’s roof and generate enough electricity to power up electrical equipment in the houseboat’s tiny kitchen, which includes a small refrigerator, light fixtures, and one gas-powered stove plate. The kitchen’s sink requires no electricity since drinking water can be obtained through a foot pump that delivers water from a 20-liter bottle. Tamás Bene said, “We aimed to design a boat capable of assimilating into these surroundings, one that may become part of this scenery.” With a fully-contained water system, an energy-efficient source of electricity, and a modular, compact living space – I think it’s safe to say, he completed what he set out to design. 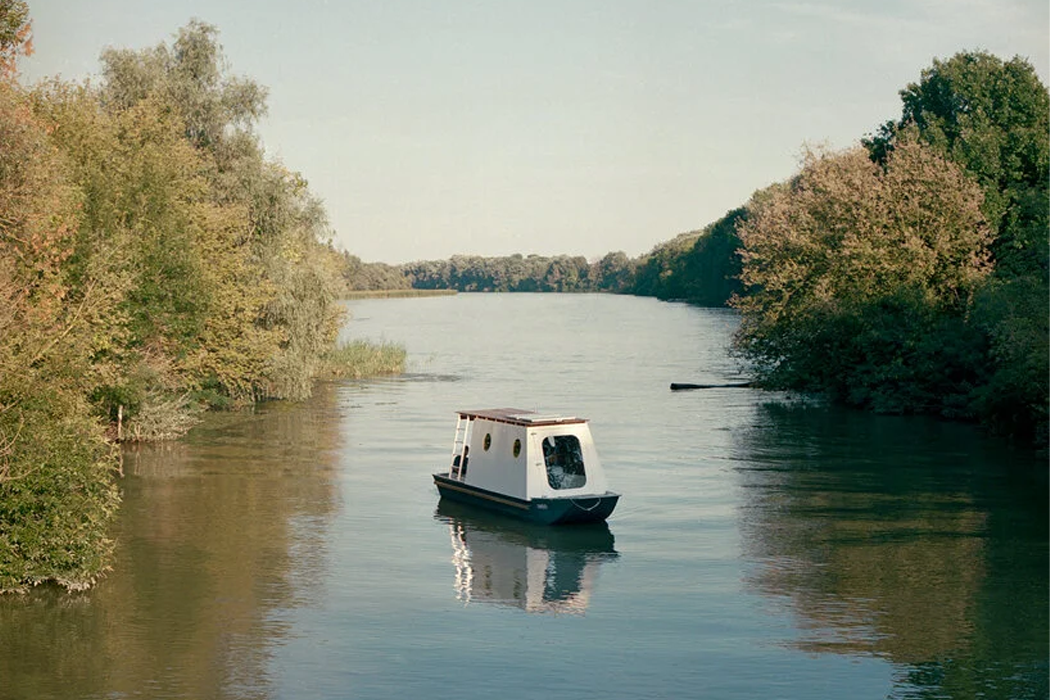 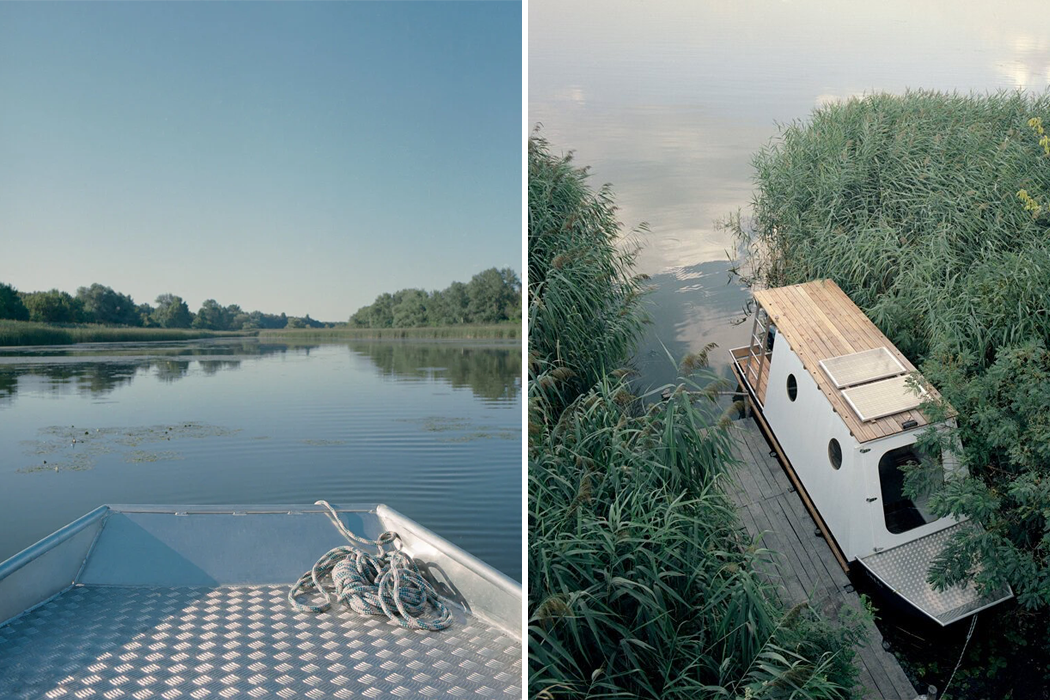 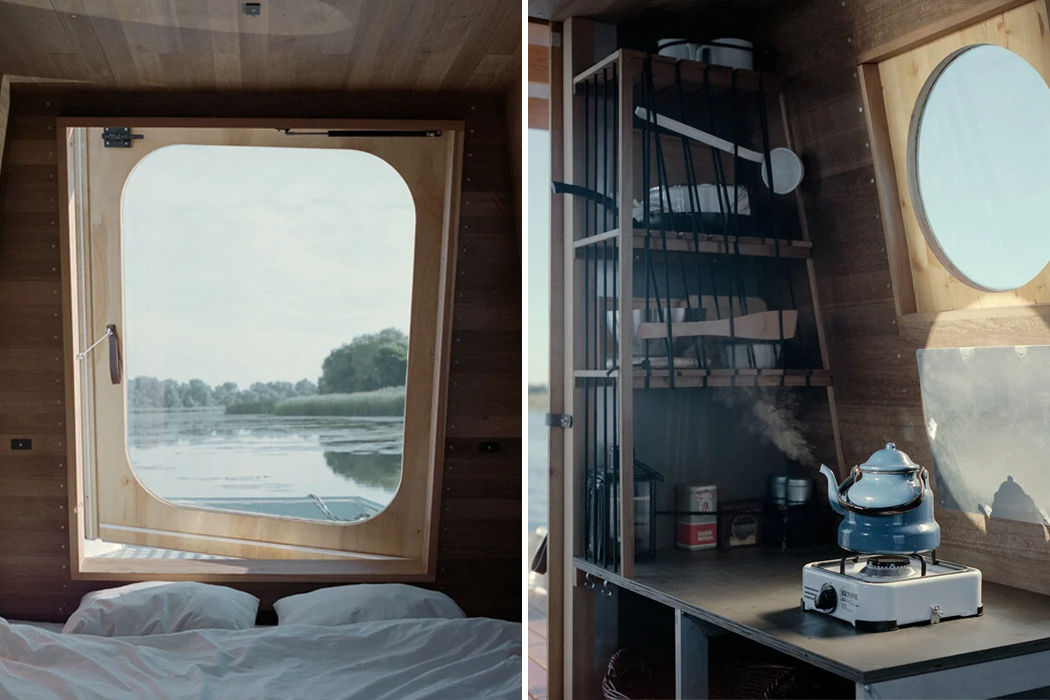 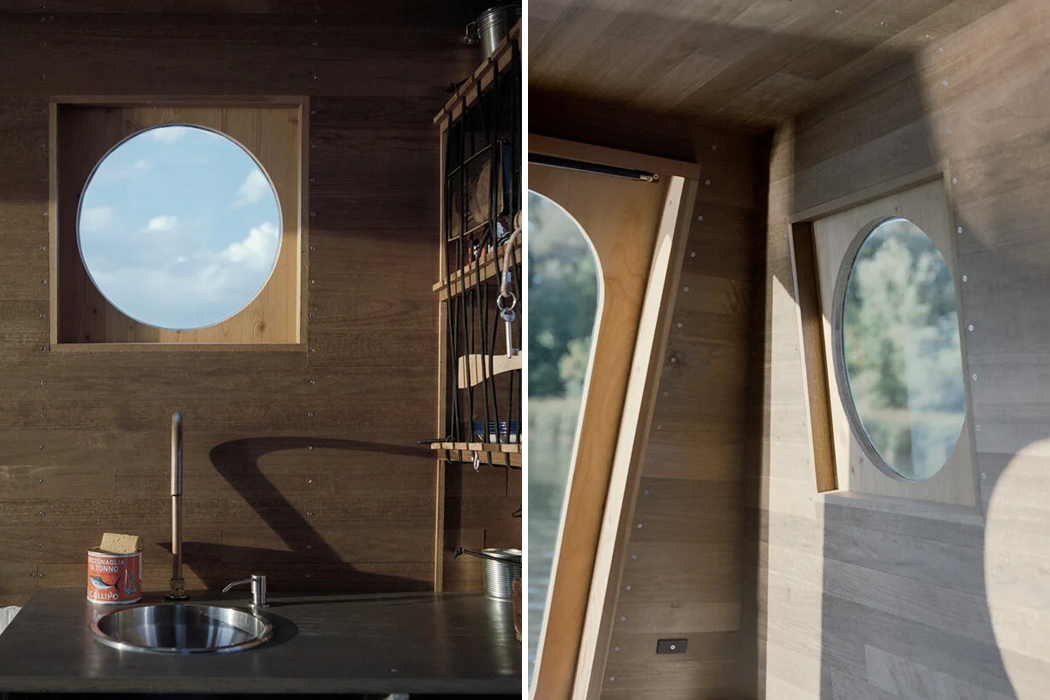 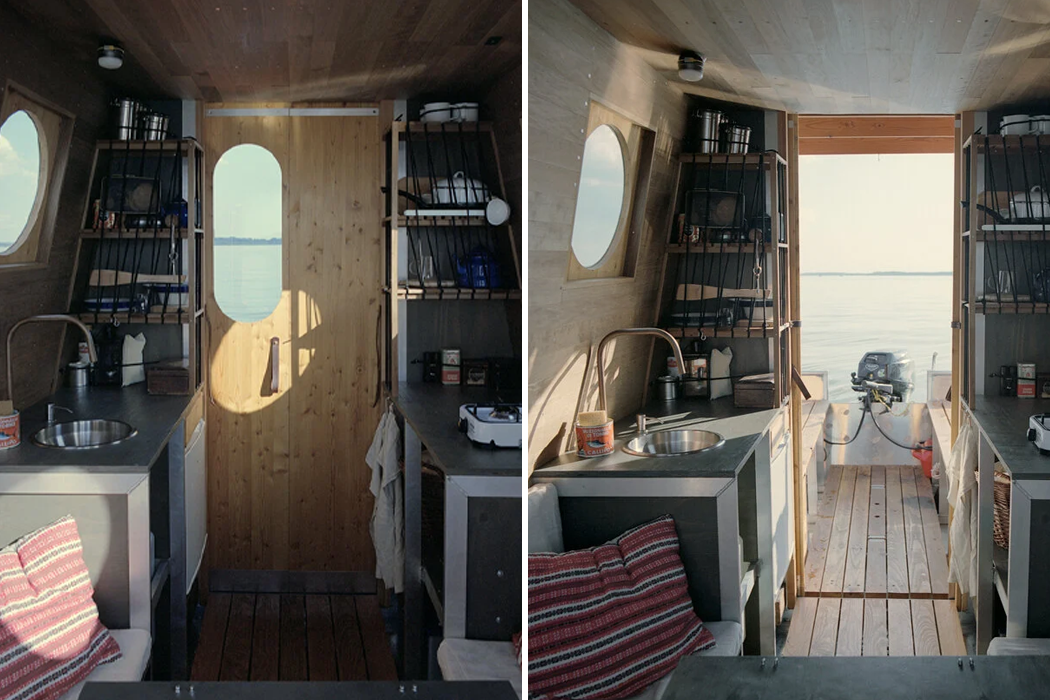 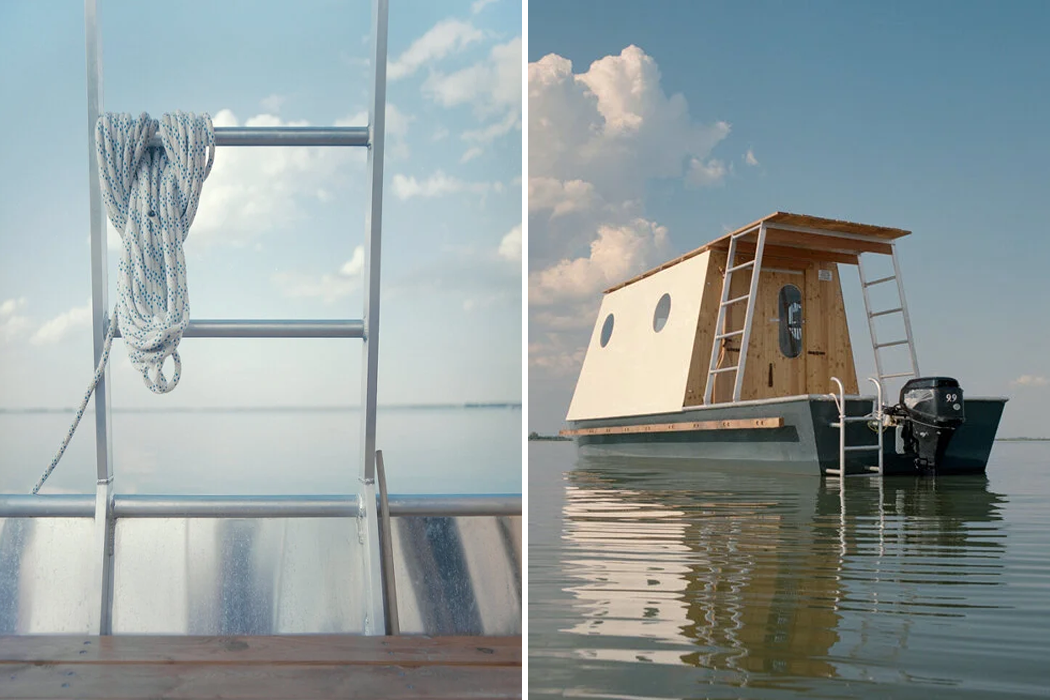 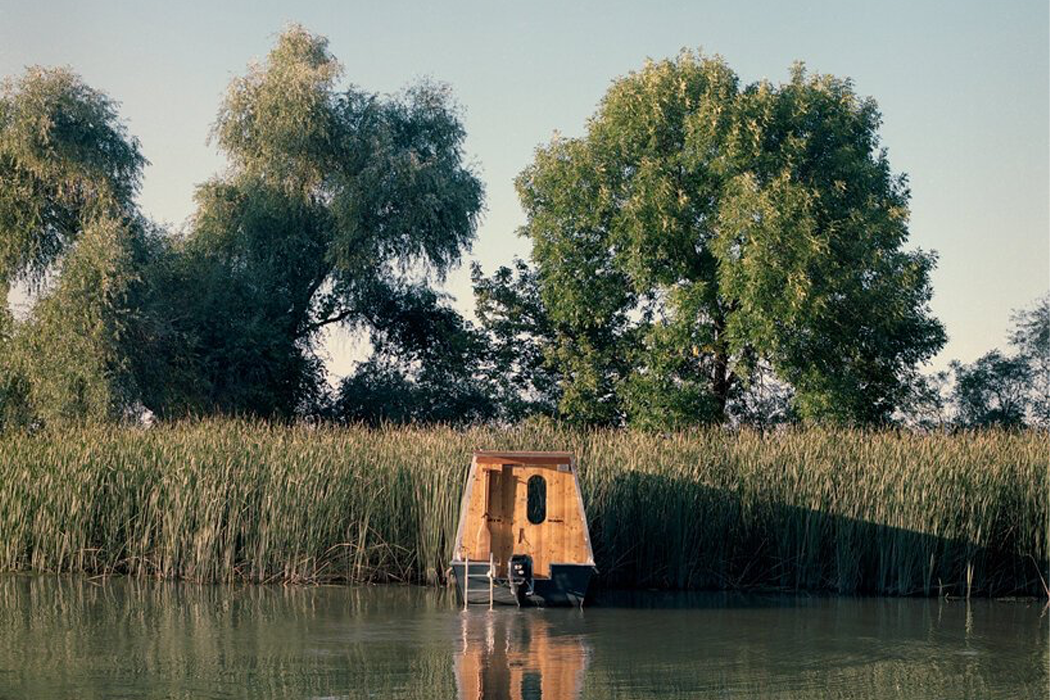 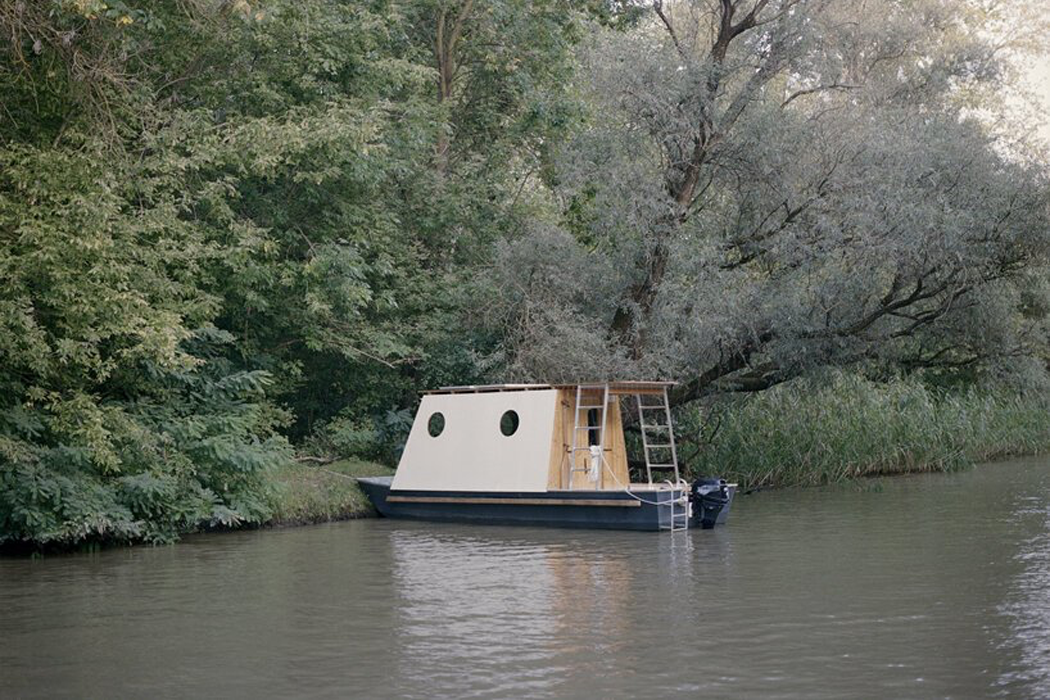 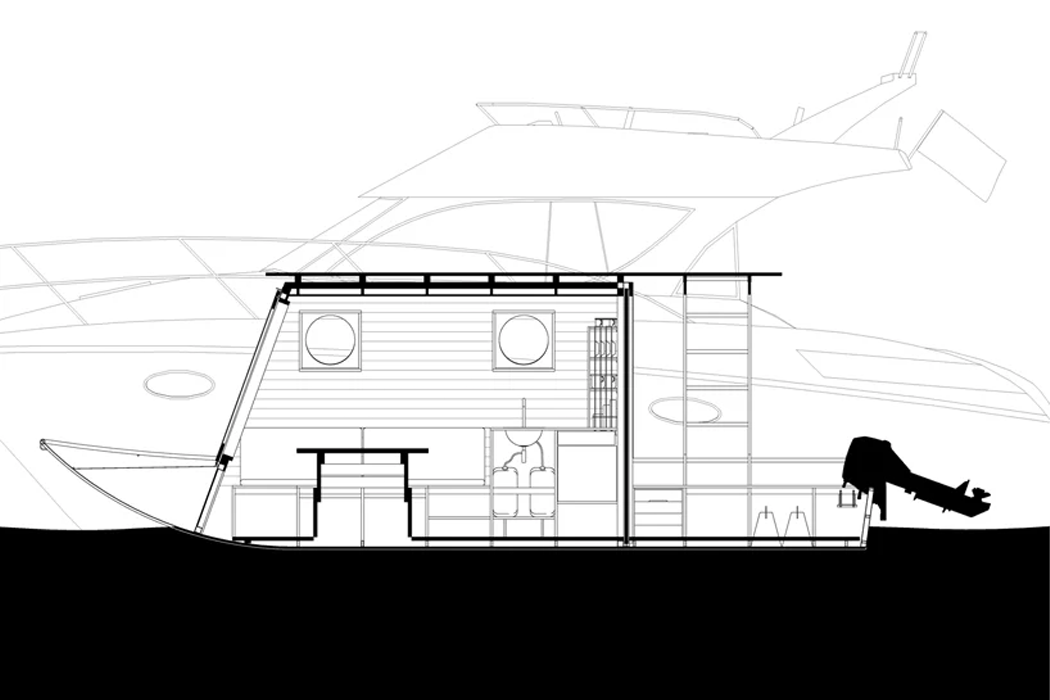 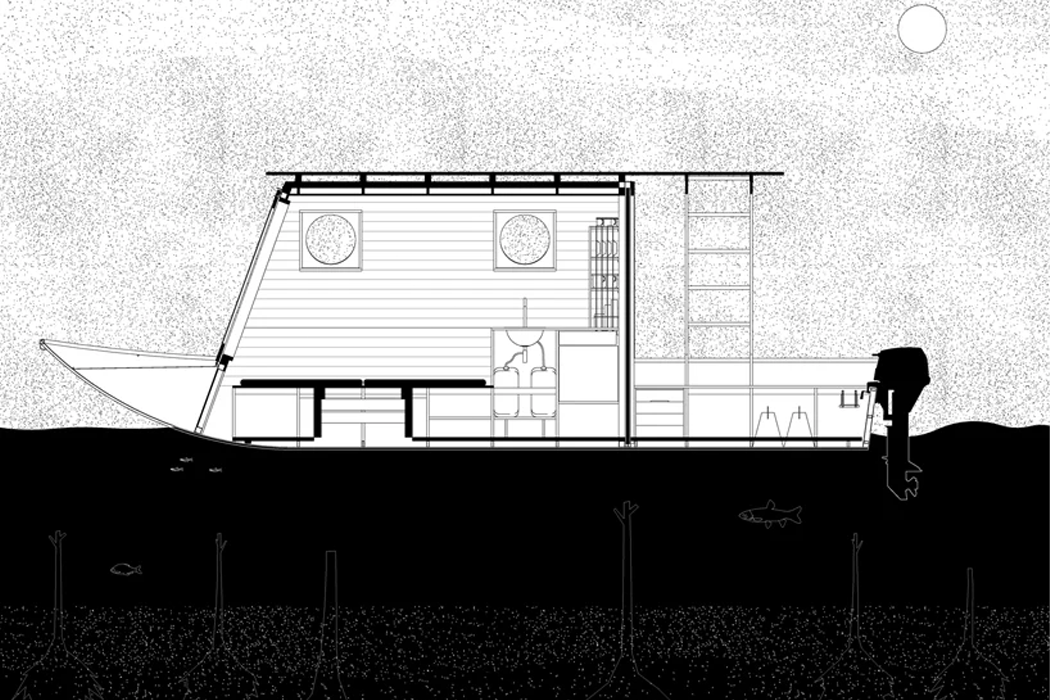 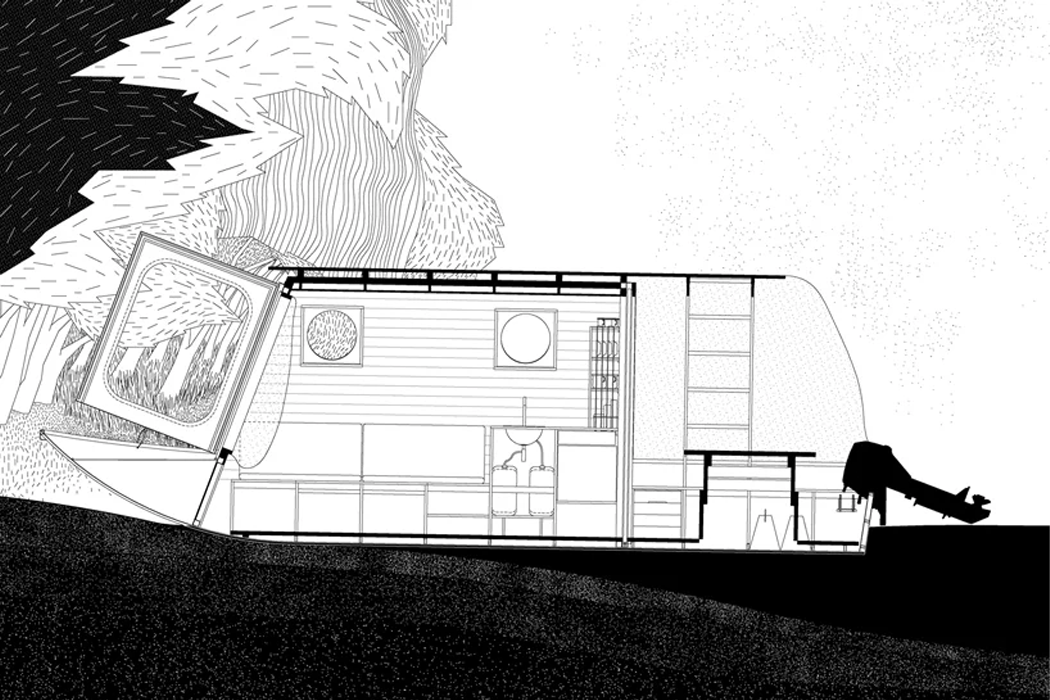