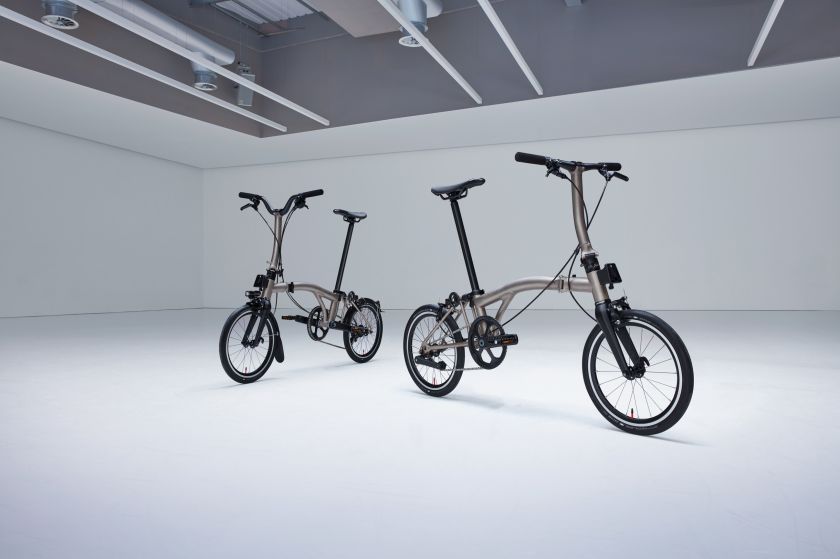 The T Line by Brompton. All photography courtesy of Brompton

has reinvented every millimetre of its iconic design to create its lightest folding bike since its launch in 1975, weighing in at just 7.45kg. As any dedicated cyclist will tell you, that’s an impressive feat for something so well-built and reliable.

The result of three years of research and development, no doubt boosted by a during the pandemic, Brompton has introduced titanium to its classic fold design by “forging new construction techniques”, as the company puts it, and designing over 150 components as well as building a dedicated factory in order to create the ultra-light Brompton T Line.

At the new facility in Sheffield, the frame is precision-engineered in titanium, then orbital and tig-welded for strength. Then, at Brompton’s London home, the T Line is complete with new componentry that’s “tuned for the city” – as Brompton claims – with a new benchmark for folding bikes in “lightness, ride performance and robustness”.

“We wanted to make it the lightest possible, while not being fragile,” Will Carleysmith tells Creative Boom – the chief design and engineering officer at Brompton. “We talk about the Brompton being like a tool, so it’s not something you should be precious about. We’d hate the idea that we made a product that was high-performance and light but you had to be careful with.” 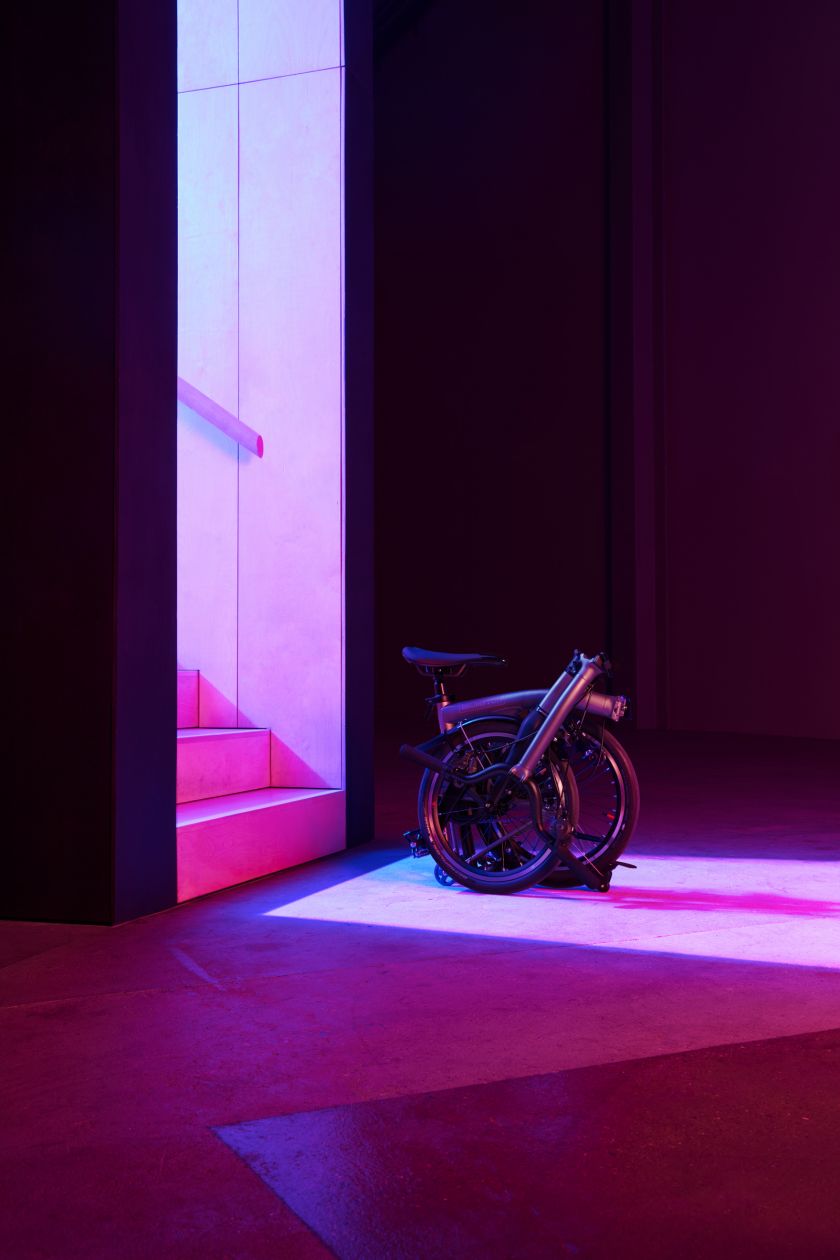 The T Line is certainly built to last. Although ultra-light, Brompton says it’s over a third less than the original all-steel equivalent and is just as strong. At 7.45 kg in total, the T Line is comparable to a carbon road bike. Yet, it can be comfortably ridden by a 110kg rugby player and withstand the punishing impact of the city. “We want people to beat the shit out of them,” says Will. “That’s kind of the point. In the luggage rack, it rolls around. You go to the pub and pile it up. The challenge really is to keep all the really good Brompton stuff, make it as light, as portable and as joyful to use as possible, yet still keep it tough. That challenge informed material choices, engineering, and the entire design.”

For those who like to understand the detail, there’s a new, patent-pending drivetrain, designed ground-up to sit inside the fold, to be as light as possible and for optimal city performance. The carbon crankset gives greater power transfer. The 60-gram derailleur delivers “smooth shifting in a small package”. And the new gear-ratio, tested from Amsterdam to San Francisco, has been perfected for city roads.

Brompton has also achieved a world-first, creating a bike with a steel-armoured carbon seat post – one that is super light but can take the hit of the fold as well as up to a 110kg load and cope with all-weather riding. “The only thing that’s been carried over from our classic model is the brake system,” says Will. “Everything else has been finessed, pared-back, upgraded. We have gone over this entire product in the minutest detail, looking for every single gram we can find to save on weight. It’s really sweating the detail.” 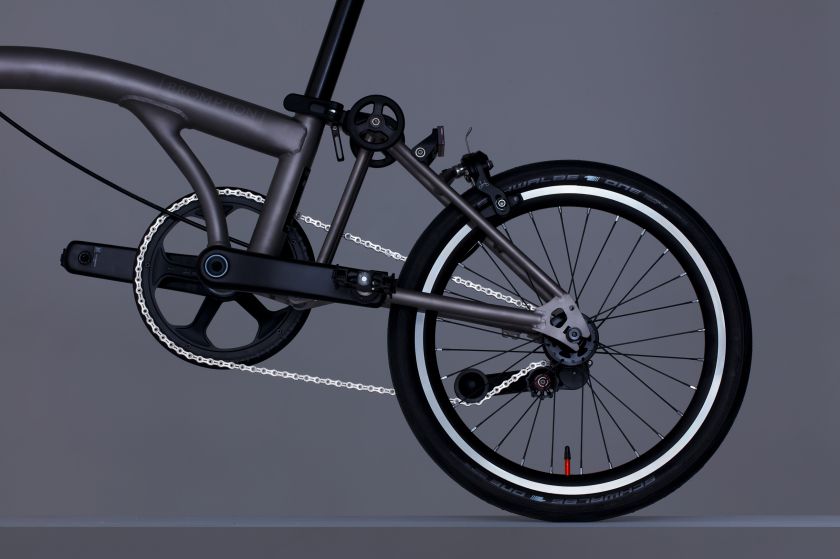 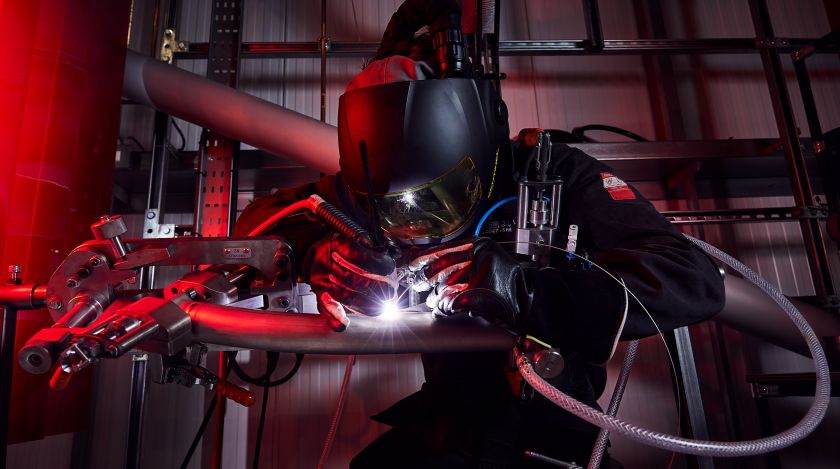 Before Will and his team were even able to enjoy the final product, there was a hefty phase of testing, modelling, prototyping and simulation. “It’s of course great watching the new bike come together but always super fun when you can actually ride it,” says Will. “Taking it outside to ride around the neighbourhood, hoping no one spots you. Of course, the other good part is watching people pick it up for the first time. If you’ve had a Brompton before, you’ll brace to take the weight. But as this is our lightest bike ever, you’ll get a really nice surprise.”

If you are one of those people to own a Brompton, then you’ll know that some models can be around 13kg. It means the T Line is almost half the weight of what many have been used to. But that’s not it, this version promises to be faster to fold with every interaction studied and improved. There are new self-aligning hinges, always ready to go. A spring-loaded handlebar catch that effortlessly clicks into place. And larger diameter rolling wheels…the list goes on.

“What we’ve ended up with is the sense that when you leave the house you can go anywhere,” says Will. “All of those shared environments you experience when exploring a city, the bike is not going to be a burden, and you can do whatever you want with ease. That’s a pretty amazing feeling!” 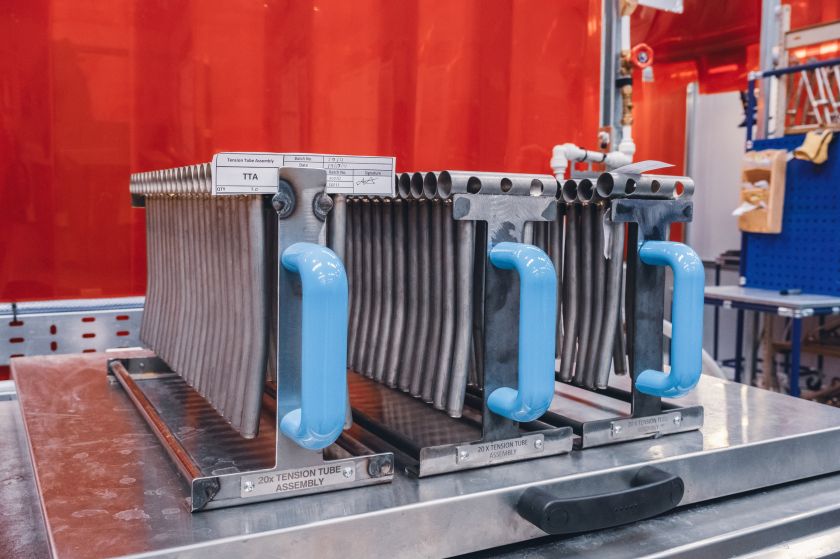 Behind the scenes at Brompton’s Sheffield factory 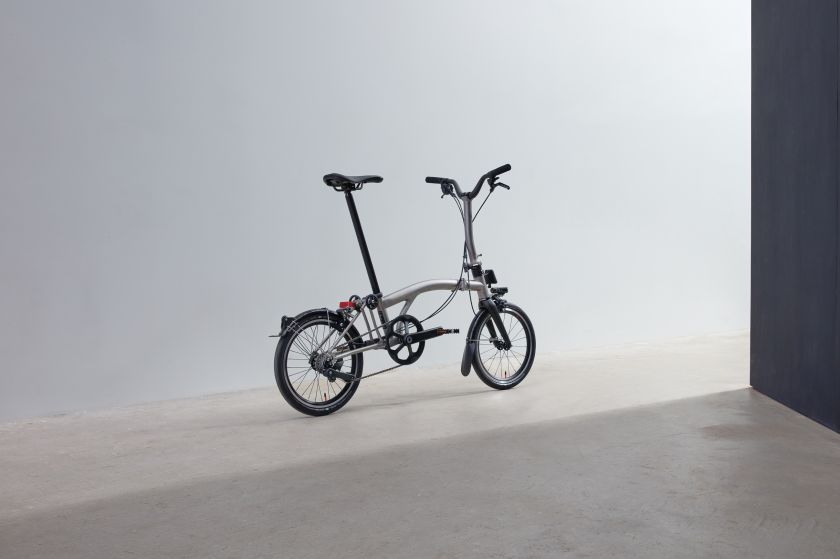 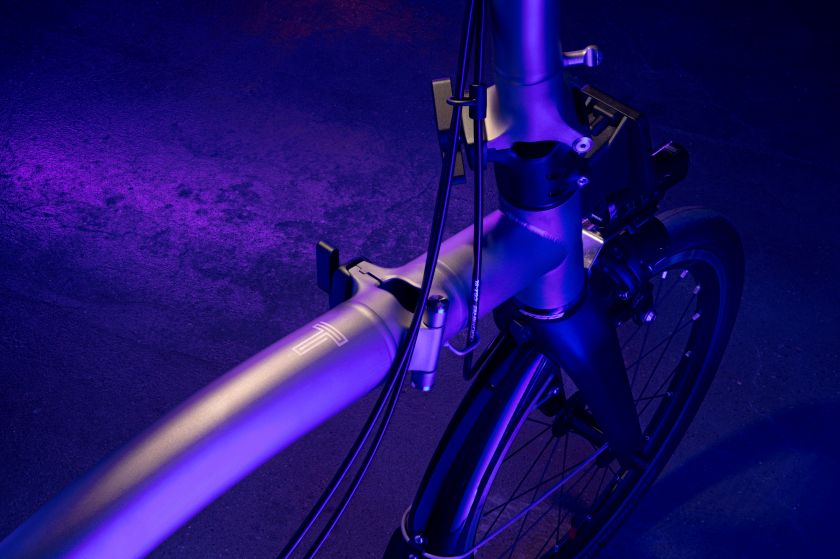 The new Brompton T Line is exclusively available via a ballot system on and through selected Brompton Junction stores in London, New York, Shanghai, Singapore and Paris. The bike will be available in two specifications, each with the option of a low and mid-rise handlebar fit. Prices start from £3,750, but a worthy investment for those who need a bike that works hard for them.

“One of the best things about working at Brompton is the feedback you get from customers,” adds Will. “People do respond to our bikes in a lovely way. They chat to you when at the traffic lights, tell you about their experiences. There’s a real community surrounding the brand. It’s a great feeling.”