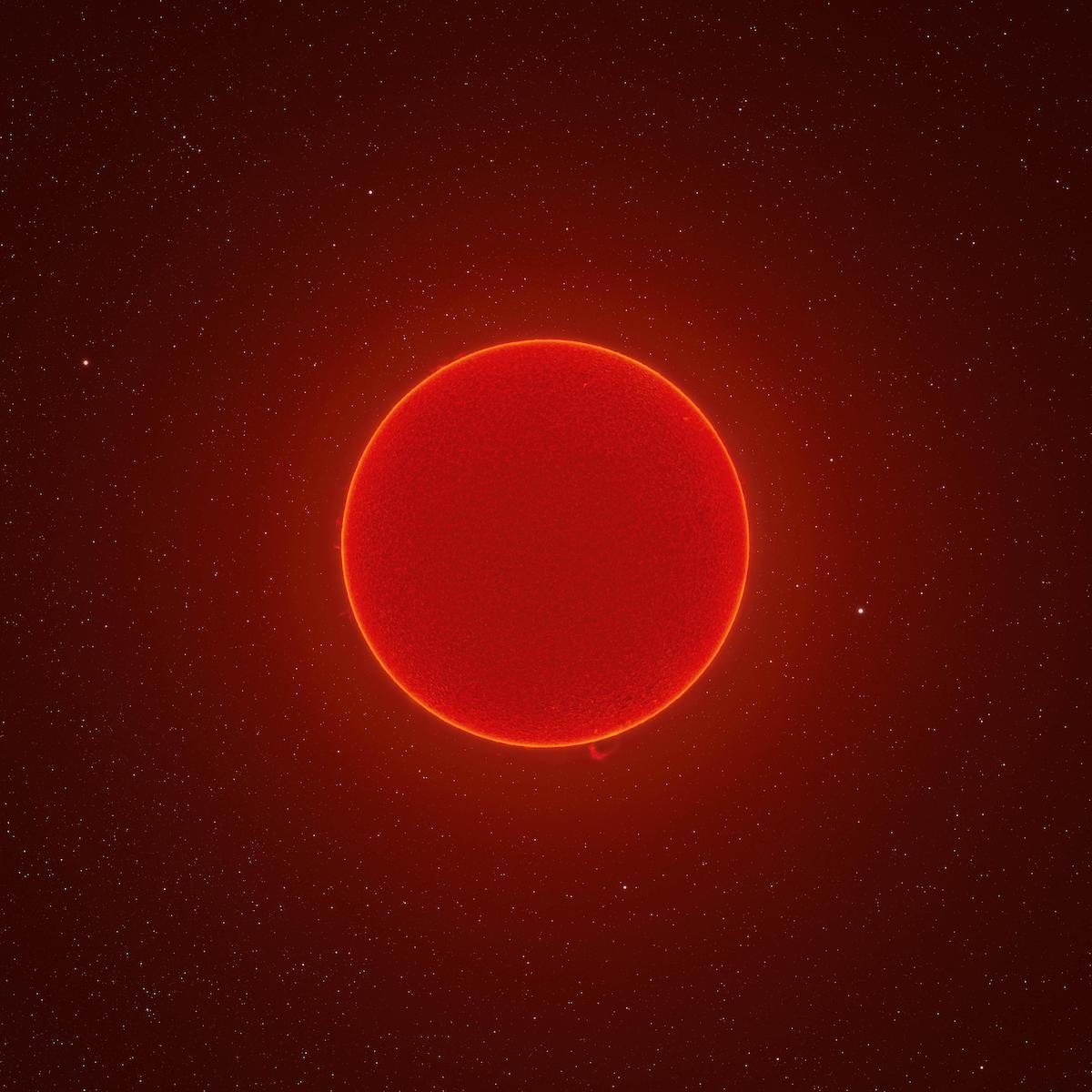 Backyard astrophotographer is always challenging himself, whether it’s capturing the or creating . This time, he assembled a powerful telescope that has allowed him to photograph the Sun with incredible detail. In fact, this latest picture is a 230-megapixel image that is the result of 100,000 individual still photos—all taken in his backyard.

The fiery glow of the Sun is ever-present and the high-quality images that McCarthy captures mean that we can really get into the fine details of this dwarf star. This includes spicules, or plasma jets, that flare up from the Sun. He was able to get such crisp detail by modifying a refractor telescope made for nighttime usage with a daystar quark hydrogen-alpha filter and a Baader IV/IR cut filter. This allowed him to safely take images of the Sun and obtain incredible quality.

Surprisingly, it only took about 20 to 30 minutes to capture all 100,000 still photos. That is because McCarthy was shooting at high framerates that allowed for batches of 3,000 photos at a time. While the actual shoot was easy, the real challenge was making sure that his computer didn’t run out of memory while downloading all the images.

Once the shoot was complete, McCarthy went to work to process the photos. This first required converting all 100,000 images and scanning them for imperfections, such as birds, planes, or other distractions. Once that was complete, McCarthy used special software that stacked the sharpest frames. This resulted in 50 stacked and sharpened images that he imported into Photoshop and composited into the finished image.

The result is a highly polished photograph that even took McCarthy by surprise. “Much of what I do is variable based on conditions during capture,” McCarthy told My Modern Met, “and I make sure to experiment with different processes throughout the project to ensure my work is always adapting and improving as I learn new methods. This final image was much clearer and had fewer compositing artifacts than I envisioned, mostly due to the quality of the data captured.”

McCarthy has since moved to a new backyard, but will continue keeping his eye out for transits and other celestial events that he can capture. If you like this particular photo, you can find it, along with many others, for sale on his .

Andrew McCarthy took 100,000 photos in his backyard to put together this photo of the Sun. 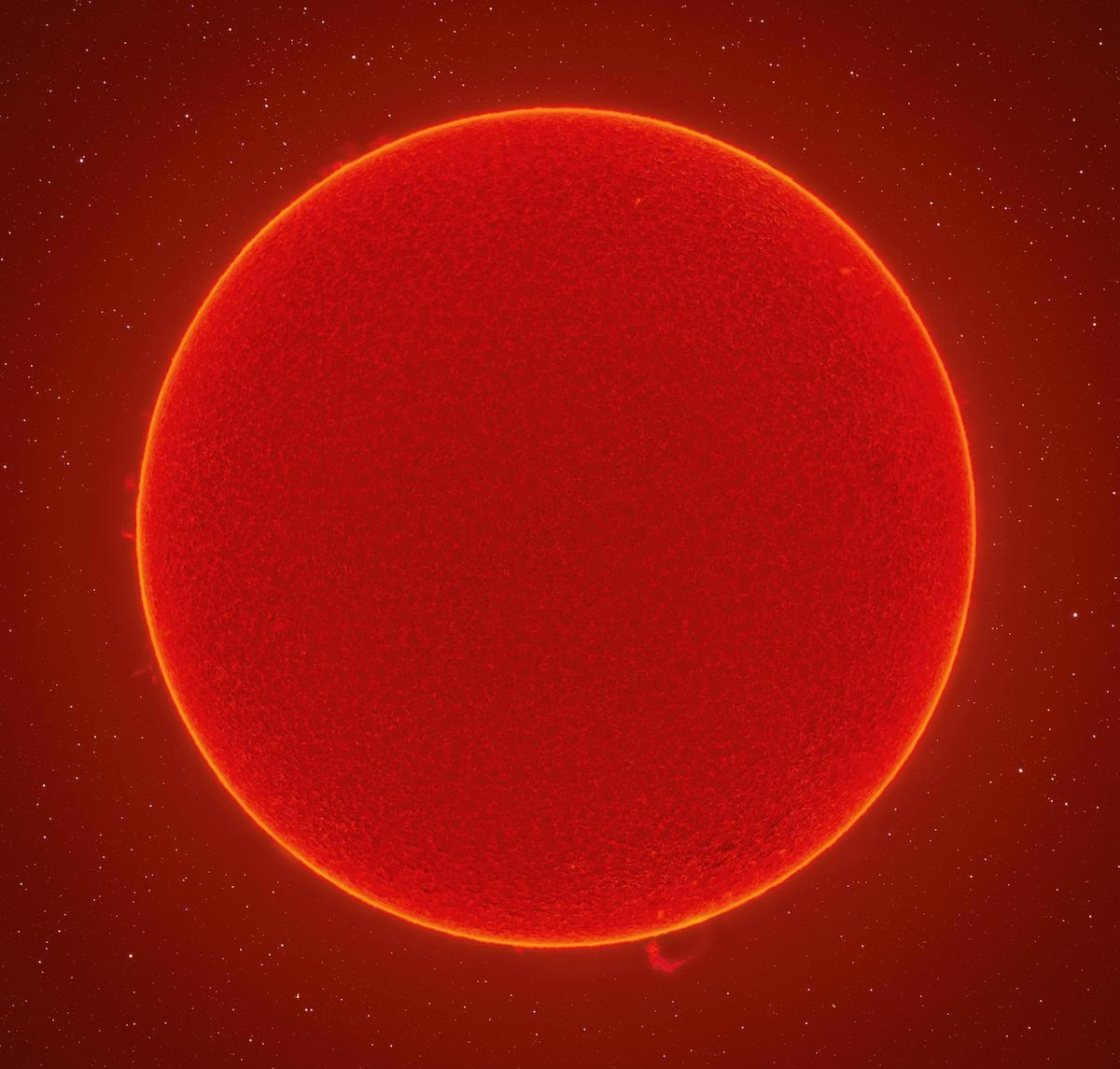 At 230-megapixels, the final image is incredibly detailed and even shows plasma jets on the Sun’s surface. 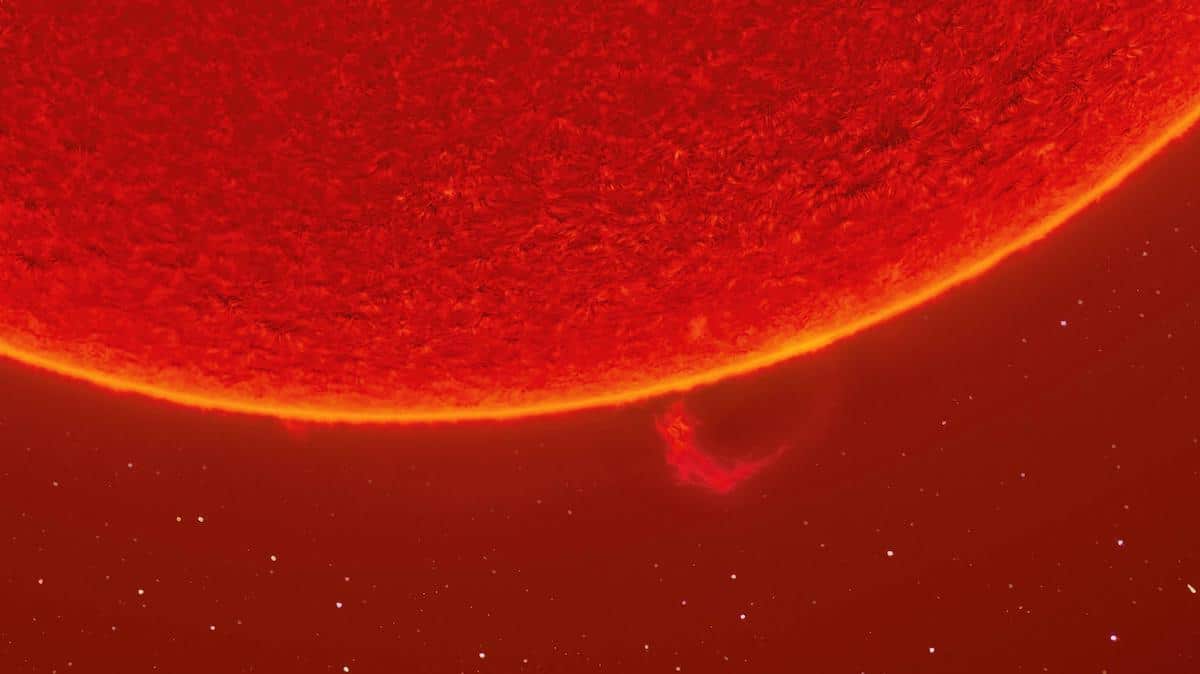