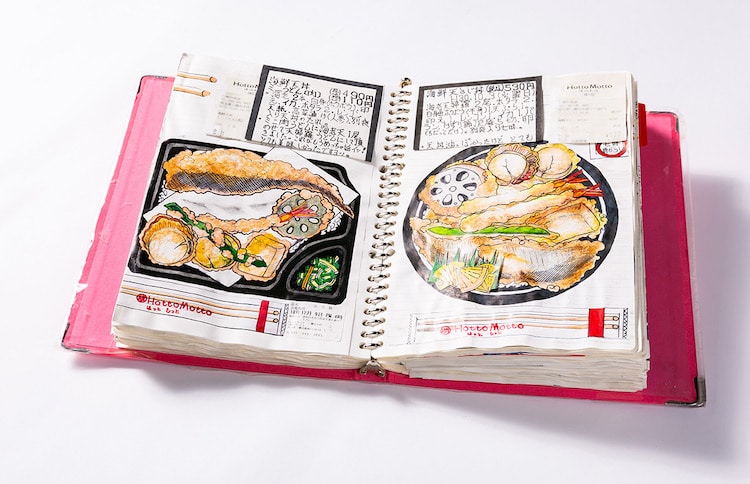 Although it’s commonplace for us to snap a photo of a pretty salad or impressive latte art, Japanese chef was documenting unforgettable meals long before Instagram ever even existed. For the past 32 years, he has kept a food diary that details some of the delicious cuisines he’s had the chance to sample. They are in notebooks upon notebooks—totaling more than 1,000 drawings—and detail how a dish was prepared, cooked, and arranged on a plate or in a bowl.

Kobayashi began keeping these diaries in his teens and continued the practice into his 20s as he transitioned from his youth to a chef at a soba restaurant. At that point, he was illustrating the meals he was preparing at work as well as what he was enjoying at other locales.

The drawings and paintings of food have proved to be a vital creative outlet for Kobayashi as he has gotten older. At the age of 46, he was diagnosed with alcoholic neuropathy, and it has diminished his mobility and made it difficult for him to walk. He now spends most of his time at home and keeps up his artwork by ordering takeout and creating illustrations based on those meals as well as memories from his past.

Kobayashi has gained worldwide acclaim for his mouthwatering work. It started in 2014 when Nobumasa Kushino of the gallery in Fukuyama, Japan discovered Kobayashi at an “exhibition of the art of the handicapped.” Since then, Kushino has helped many more people see Kobayashi’s work—which, in addition to the two-dimensional illustrations, now comprises pop-up paintings, too. January 2020 was the artist’s U.S. debut at New York’s Outsider Art Fair, and he saw his pieces sell for up to $3,000 each.

For the past 32 years, chef and artist Itsuo Kobayashi has documented delicious meals he’s eaten in notebooks full of food illustrations. 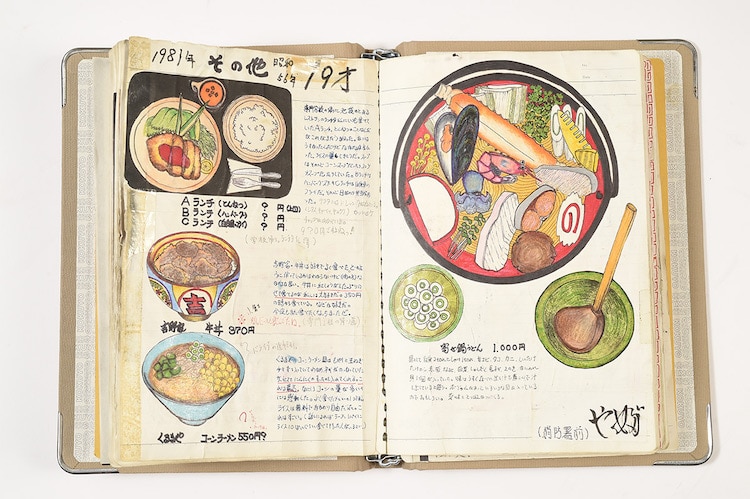 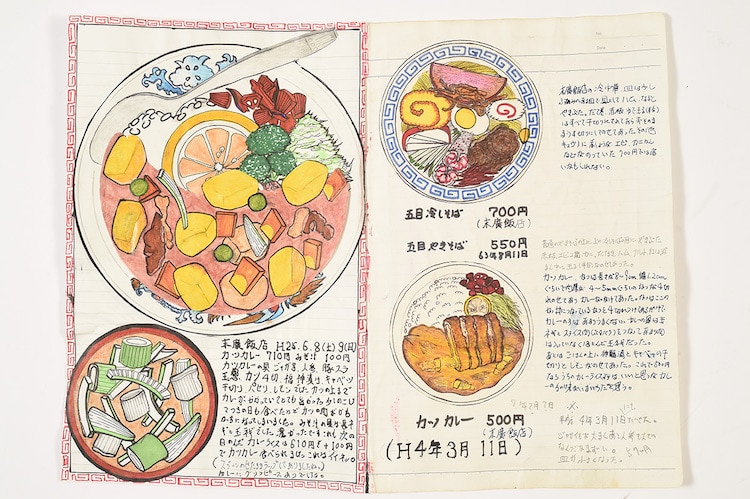 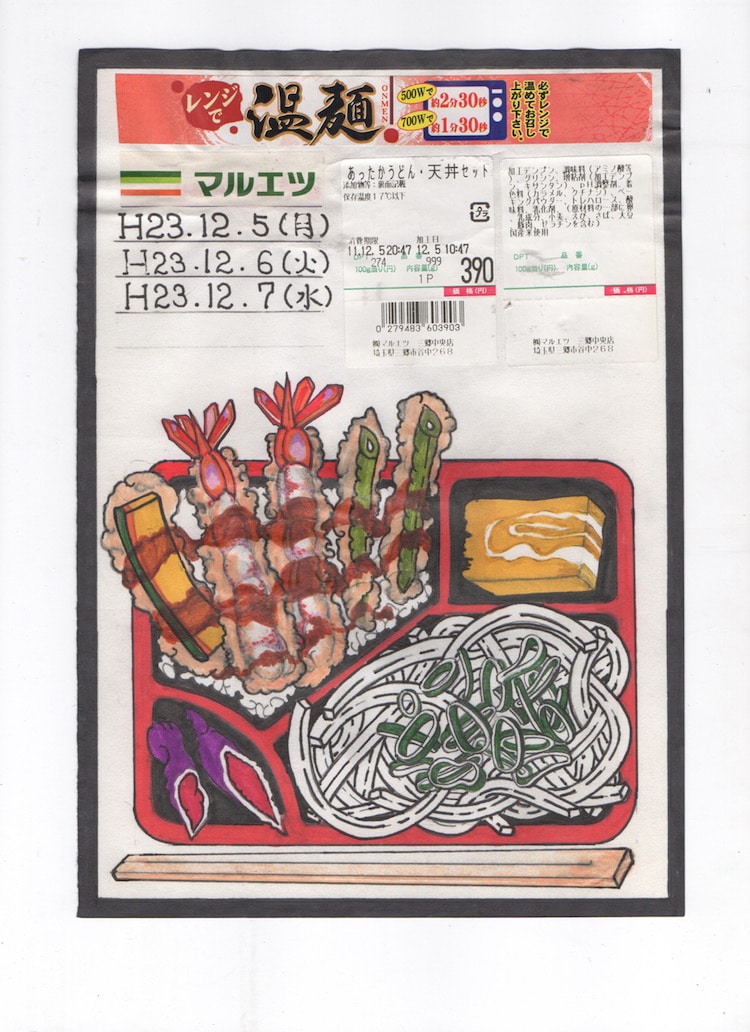 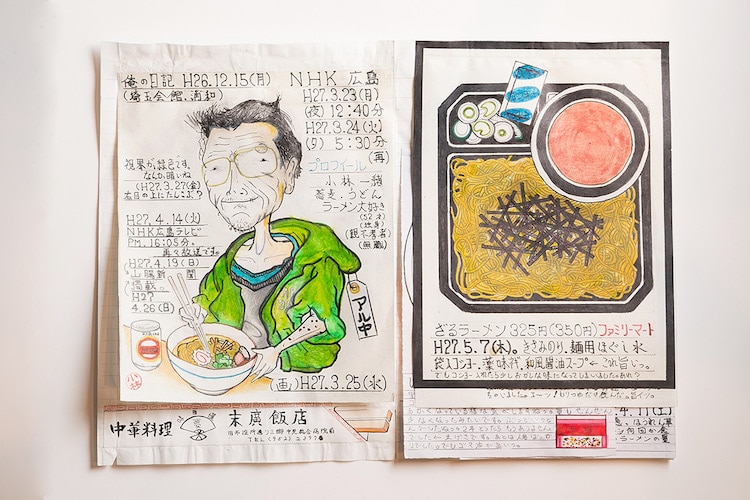 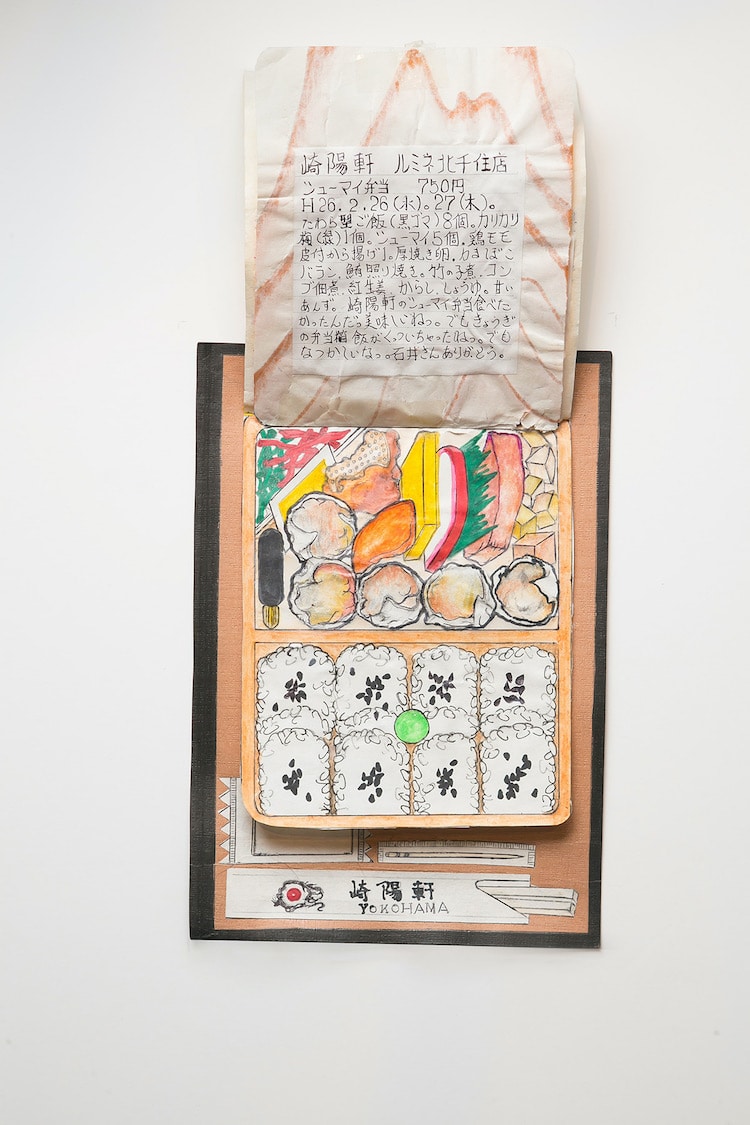 Food art has proven to be a vital creative outlet for Kobayashi as he has gotten older. At the age of 46, he was diagnosed with alcoholic neuropathy and now has limited mobility. He spends most of his time at home. 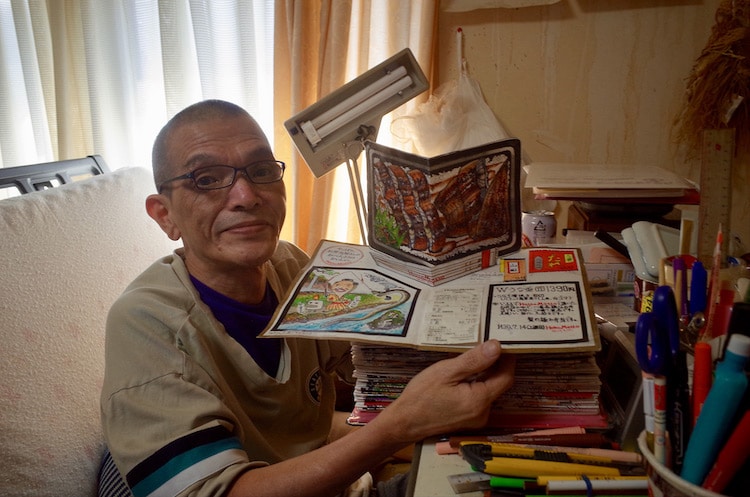 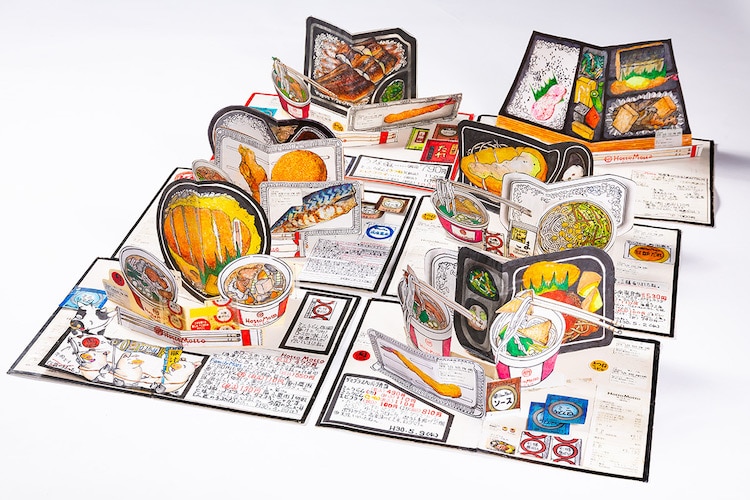 All images via Kushino Terrace.