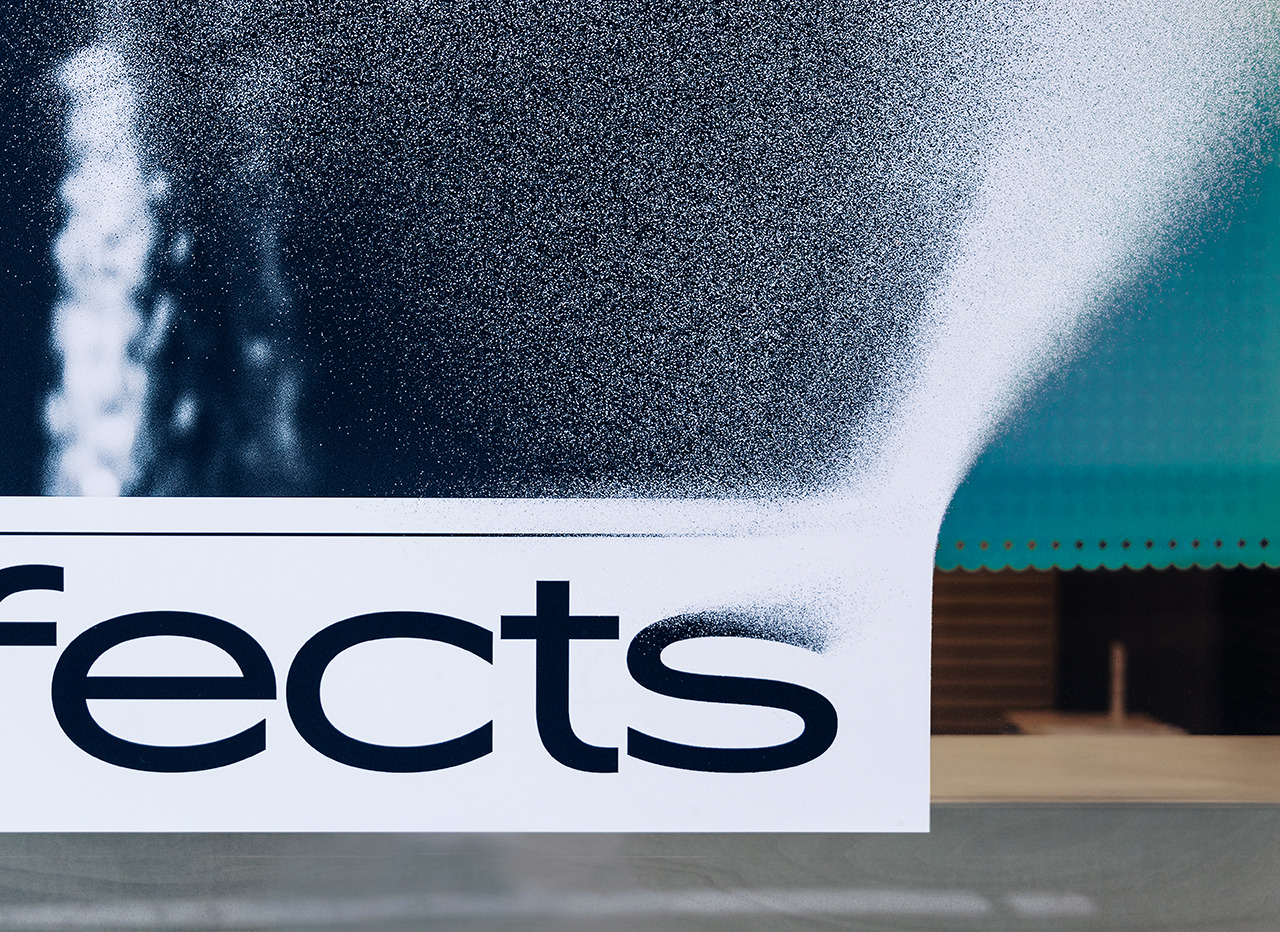 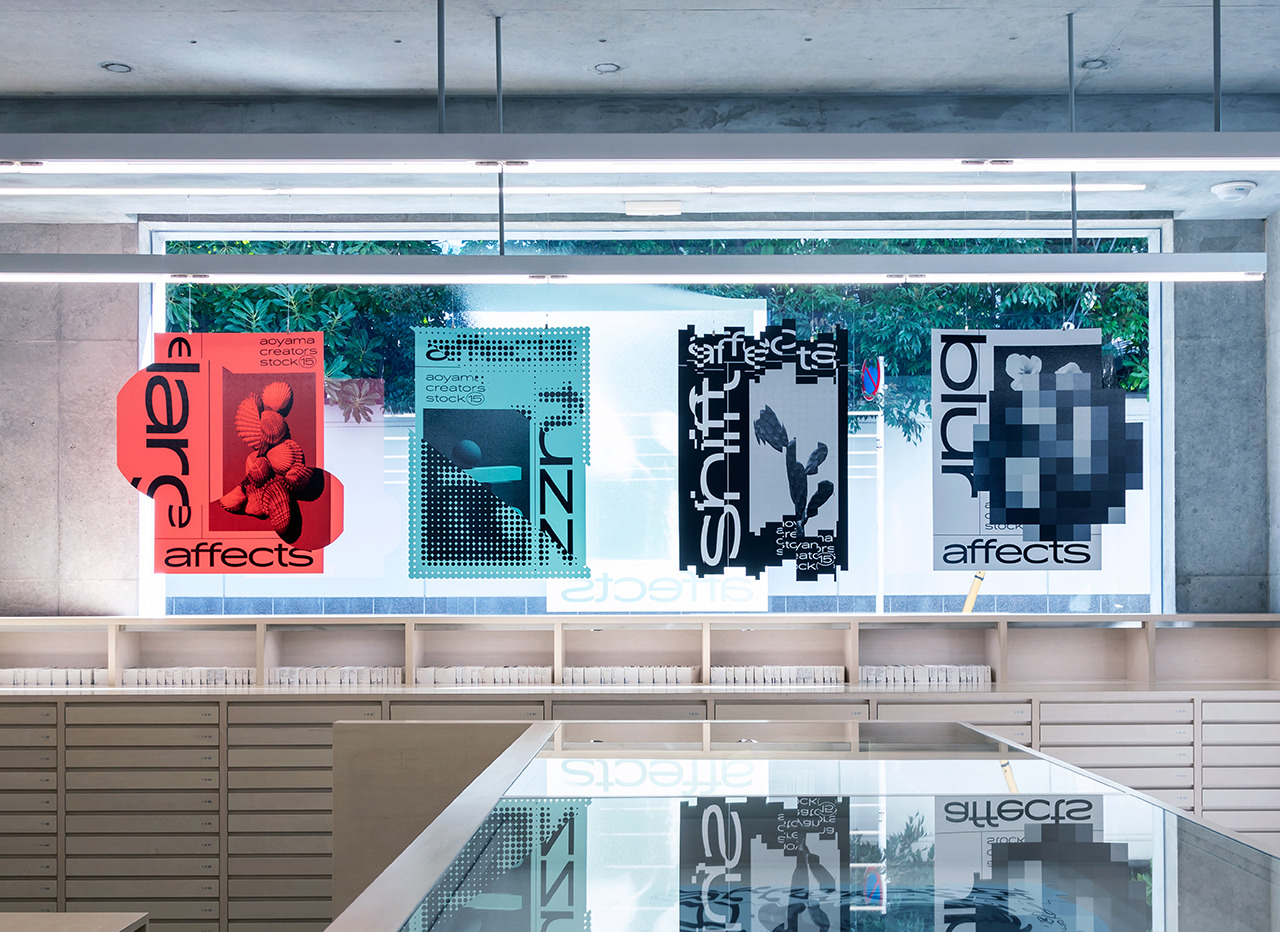 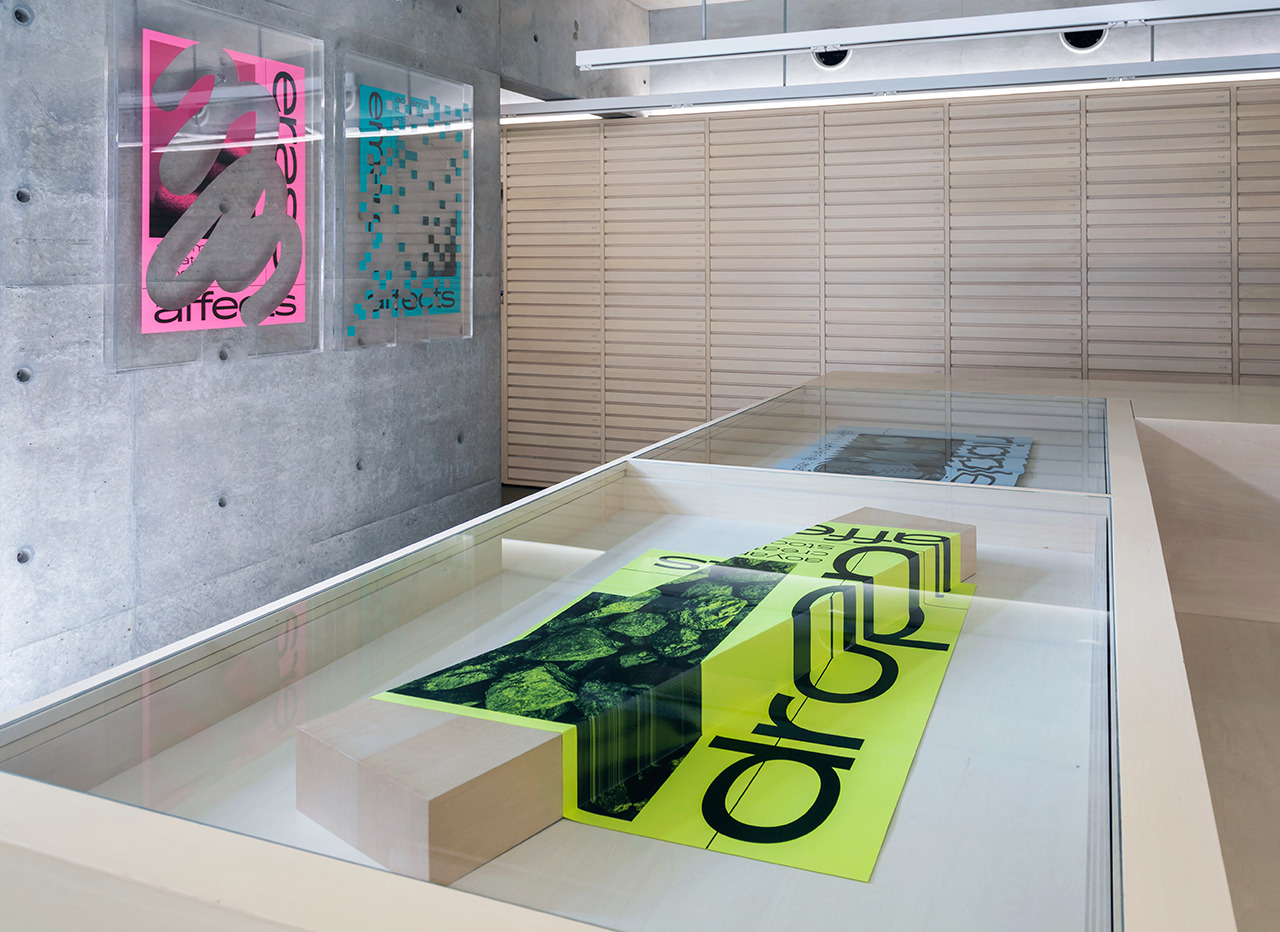 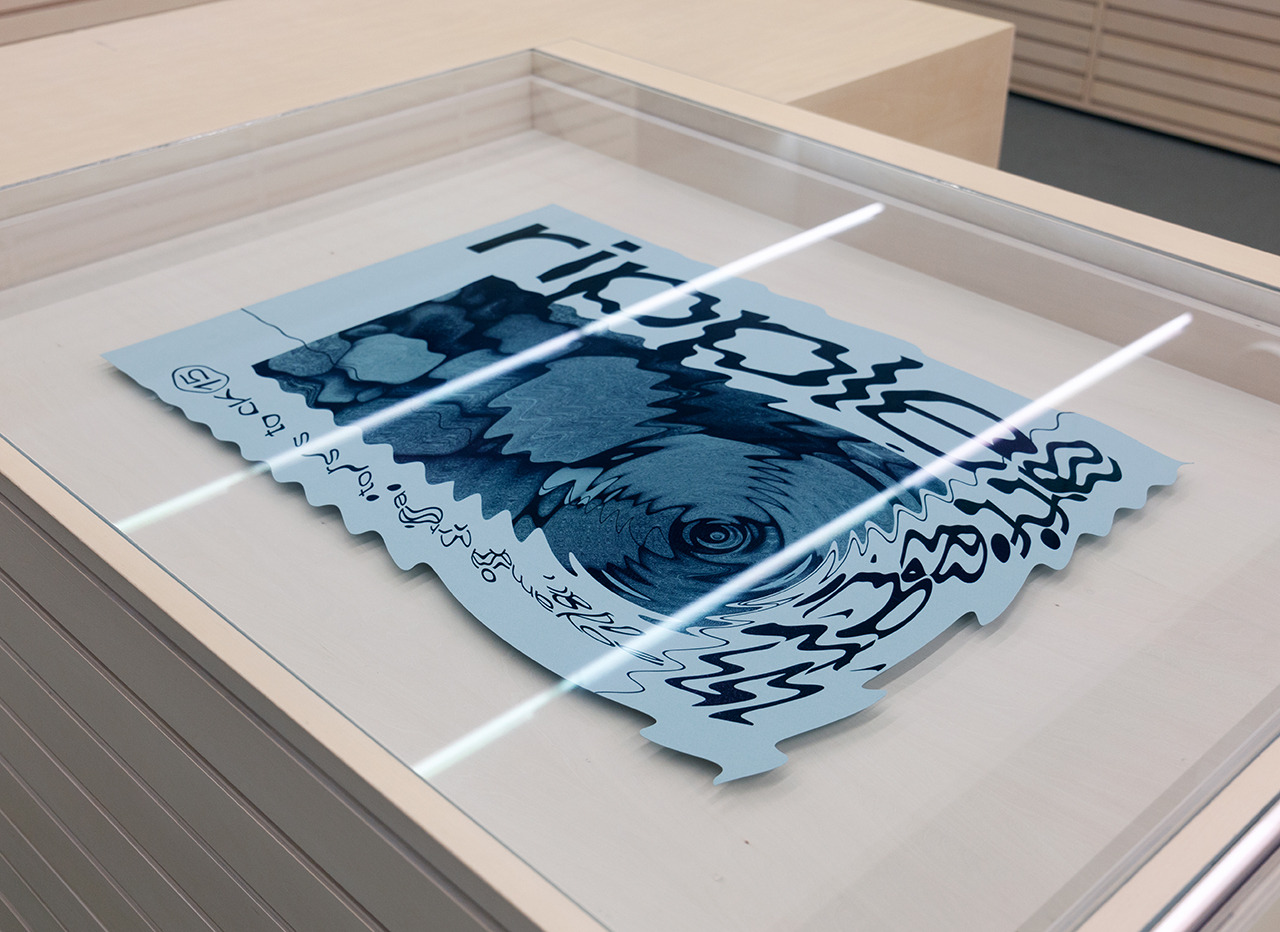 In his Affects series, Tokyo-based graphic designer  pushes the possibilities of by appearing to turn the digital into the physical. Each distortion and effect has been physically implemented rather than digitally produced, inviting an element of allure and the unexpected into his work.

Masashi explains that inspiration for Affects came after his travels to San Francisco. He reflects on his experience walking through the city, where each step on a new street caused an instantaneous change in atmosphere – each one possessing its own unique cultural footprint. His designs came to light as he walked, marking the start of the project that he then completed upon returning to . 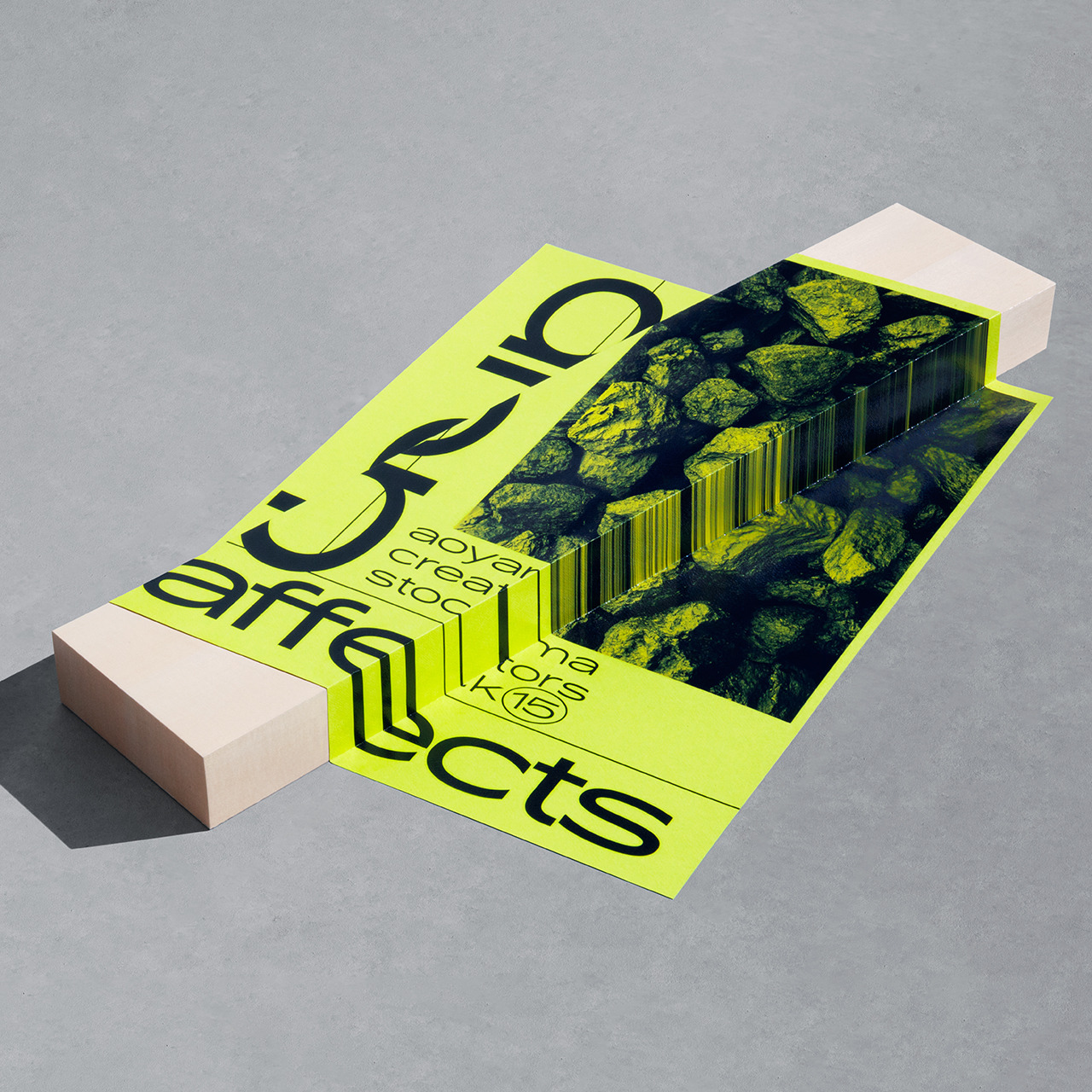 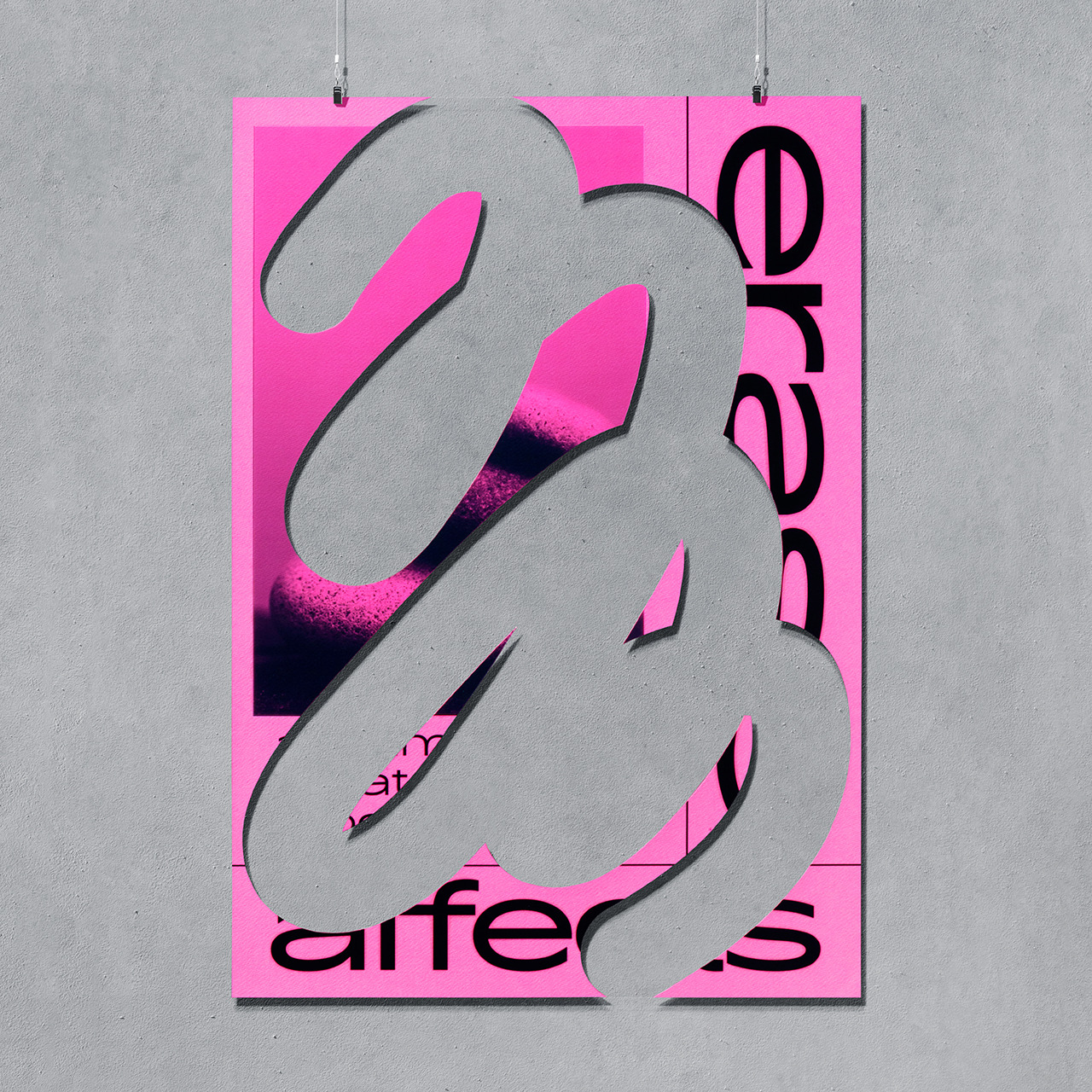 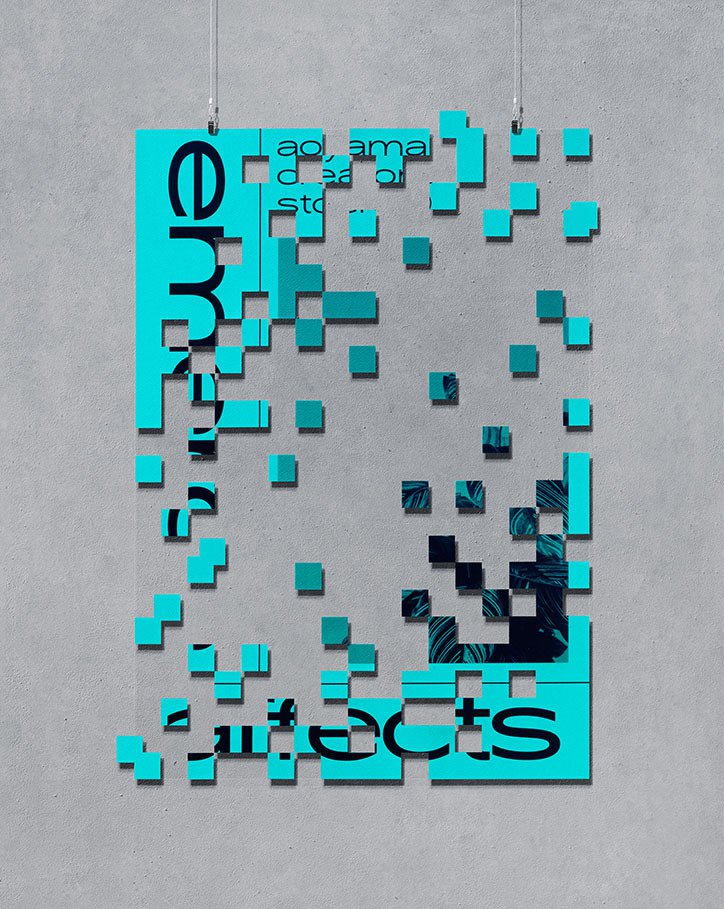 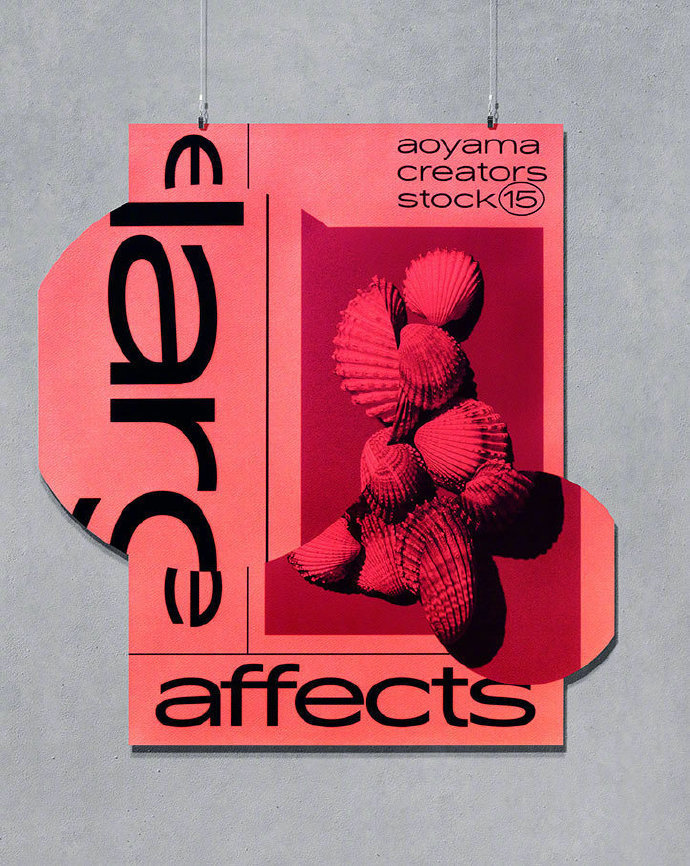 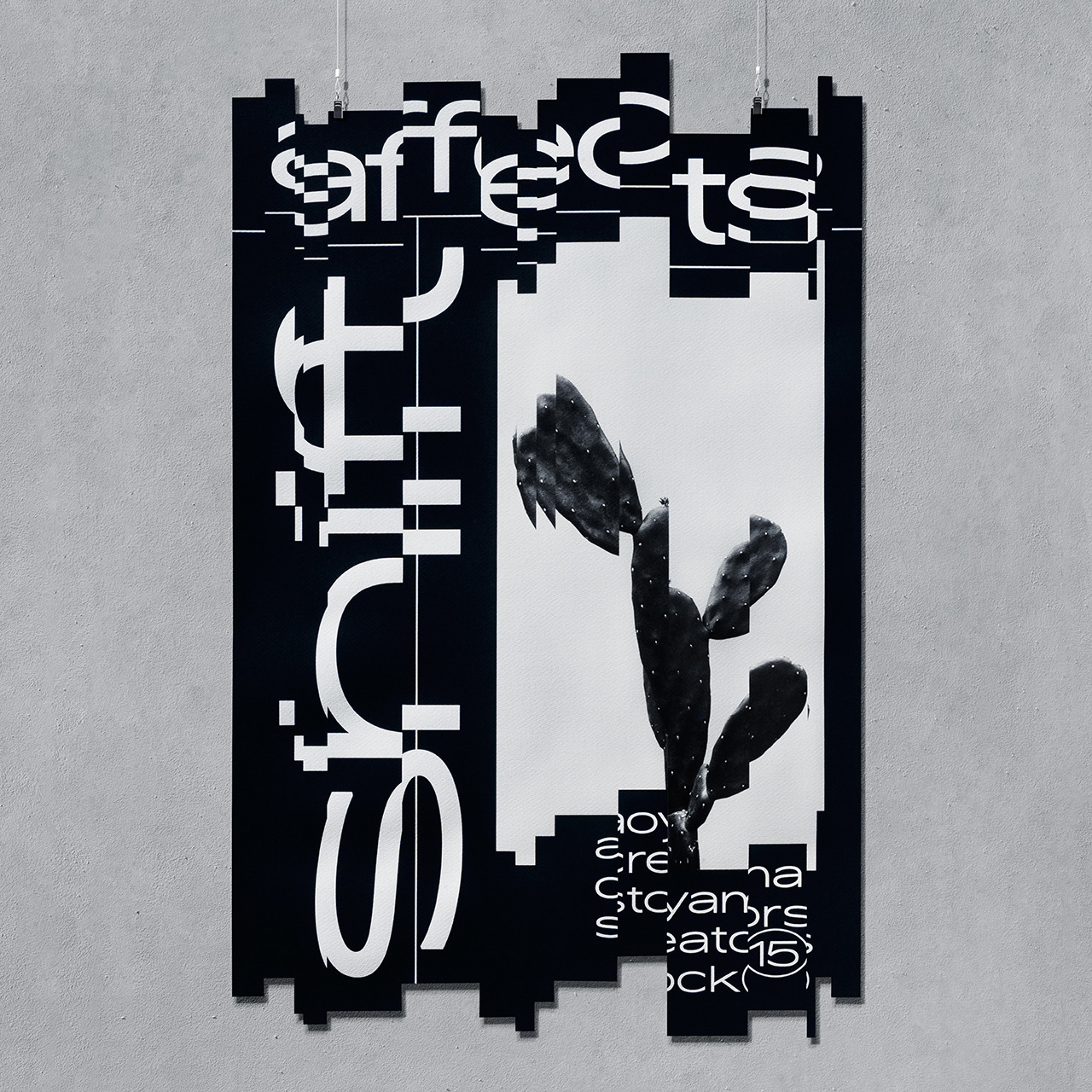 Masashi aimed to create a body of work that challenges the confines of graphic design – bringing characters and shapes to life. His solo exhibition features a collection of dizzying posters that prompt viewers to rethink their expectations of 2D paper works. Ink slides down the face of one piece as if it were slowly melting under the hot summer sun. Another poster appears as if it were underwater, the text and images gently rippling due to a thrown pebble. Realism simultaneously lives alongside impossibility in each work, prompting audiences to do a double-take as they attempt to distinguish reality from effects.

Masashi’s body of work affirms his desire to shift the culture of the Japanese design industry. By pushing boundaries and conventions, his work is able to bring a fresh perspective to the 2D medium, prompting industry peers and the general public alike to rethink the implied conventional limitations of the poster.