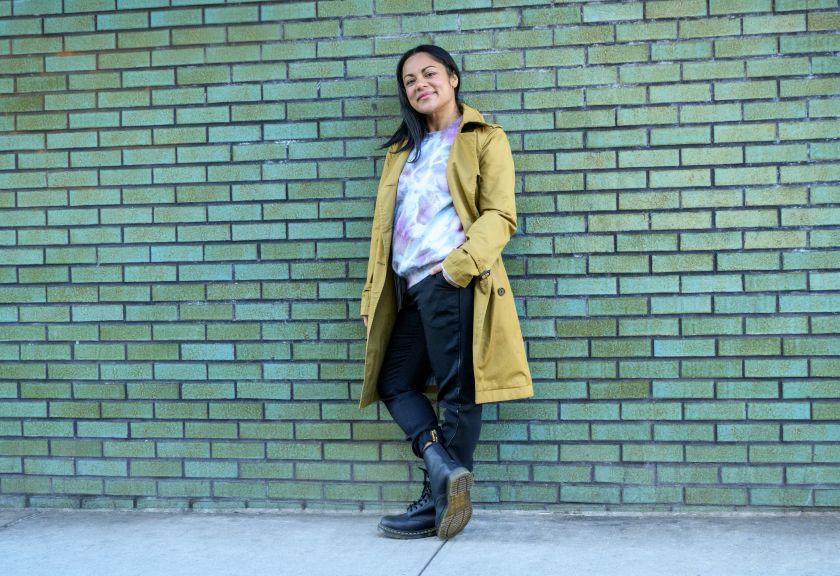 For all of her career in design, Jessie McGuire has felt like an outsider. The MD of New York agency , she says she “does not look like mainstream design” and has, in fact, never belonged. She was not born in the US – a Salvadoran that doesn’t speak Spanish. She is “brown, short, loud, and a mother of two kids in an industry that is mostly white”.

It’s because of all this that Jessie is committed to using her position as an industry leader to redesign the world so that people like her feel like they belong. She believes designers need to step up now more than ever, challenge what is possible and recognise their responsibility in shaping brands and culture.

Over her accomplished career, Jessie has worked for countless socially progressive organisations and causes, including March for Our Lives, Girls Write Now and The Joyful Heart Foundation, and billion-dollar brands owned by Kimberly-Clark, P&G and Colgate Palmolive. She is also the former Advocacy Chair at AIGA’s New York chapter.

Renowned for being socially conscious, ThoughtMatter was behind the redesign of the US Constitution and also the famous protest posters which were used at the Women’s March and The March For Our Lives. With so much to discuss, we sat down with Jessie to find out more about her current thoughts on the design industry and where it’s heading next.

What has the pandemic shone a light on the most in the creative industry?

By 2016, I had worked in the design world for five years on a brand everyone wants to work on – Kleenex. It’s in every store, in every country. But seeing the impact of selling more things, to more people, for more money, more often, I thought, “What if I used those skills to make a more positive change in the world around me?”

I threw in the towel, or towelette as it were, and quit, soon taking on a six-month gig at . The initial goal was to bring in the big brands from my previous chapter, but the real challenge was approaching branding and marketing from an entirely new perspective. A few years later, 2020 came knocking, and the whole world faced a need for new thinking.

As we enter year two of the global pandemic, we are in the midst of a societal and economic crisis. The gap between the rich and the poor also grows larger. Violent attacks continue against marginalised communities. Technology is undermining our humanity. The planet is being ravaged by short-term thinking, and in the creative industry, long-standing cracks are breaking wide open. 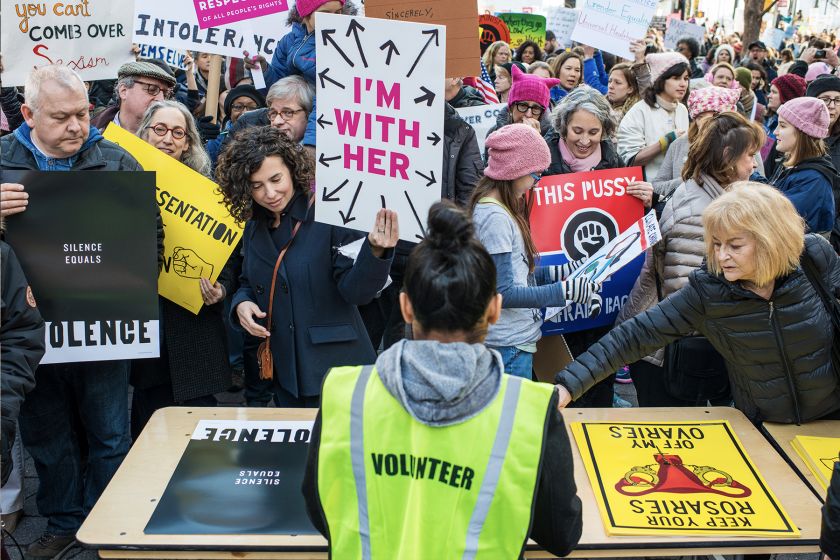 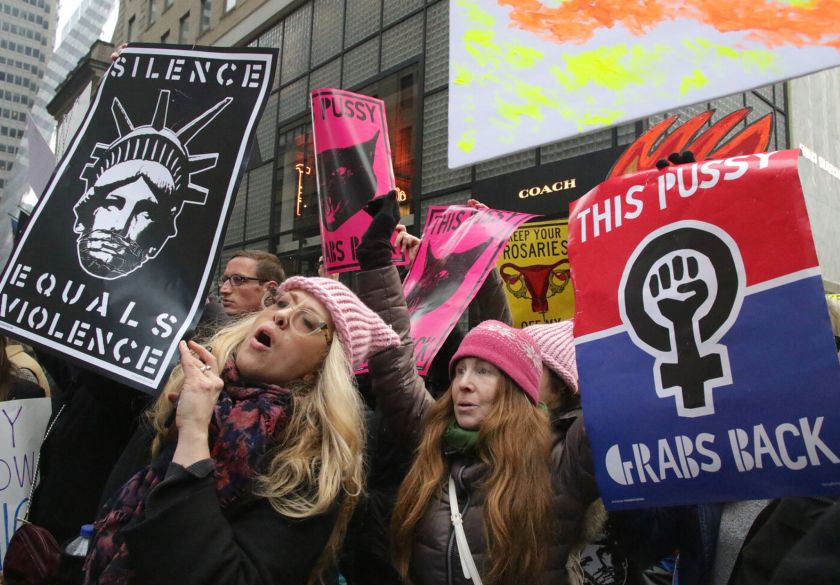 What’s been most disappointing is that our industry leaders – whom I previously put on pedestals, have remained mostly silent about these issues. They have a seat at the proverbial table and aren’t using it the way I would have expected them to. In some cases, they’ve maintained racist, sexist, and classist structures leading to real-world, dire consequences. Meanwhile, those without a seat are the ones stepping up to challenge systems and make a change.

Personally, the pandemic has rechallenged me to decide how I can use my position and skills as a leader in the creative industry to create a better world for my children. Designers give shape to culture: how we experience the human condition and see the world impacts everything from media and technology to entertainment and art. But at this moment in time, when examples of failed leadership surround us, we need to shift our understanding of design’s role from that of an accessory to a necessity. We must see being a designer as an opportunity to be the torch-bearer of social change. 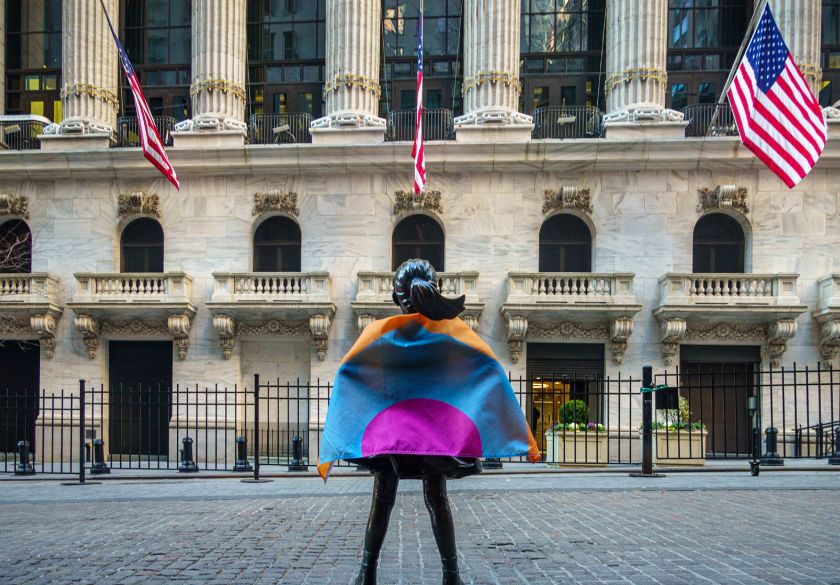 An Emblem for Our Collaboration

How can designers help address these matters?

I couldn’t be more excited by the next generation of designers and thinkers who are doing the work and not for press coverage but for change. Designers are powerful, and it’s time for us to make use of the influential tools at our disposal.

We should be laying out our values with every design decision — what we stand for and what we want our design practice to stand for. Design can educate and elevate the dialogue around important issues for the betterment of society. So if designers believe in social justice, combatting climate change, and ensuring an equitable economy, their work should reflect that thinking.

I had a chance to work with a collective of genuinely inspiring clients over this past year and wanted to celebrate each one of them individually as they were standing up and working hard to make their corner of the world a bit better. My team at ThoughtMatter celebrated each of these clients through a collection of flags called . Each flag symbolised not only our clients’ core values but also my own. 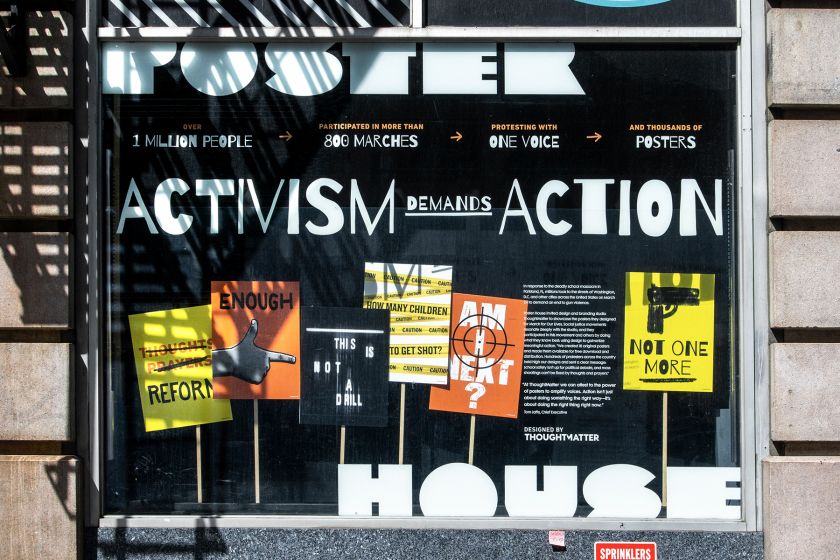 Is designing for purpose now essential rather than a “nice to have”?

Today we are designing products and systems for corporations that often have lost control of their own inventions. As soon as there’s a question of who was at the table when inequitable or ill-advised decisions were made, the design industry tends to shut down, shift blame or wait until the dust settles before taking a stand.

We are where we are in part because too many people have looked the other way in the name of an iconic image or great typography. From voting ballots in the 2020 election to a small local business sign, everything we create has an impact; its purpose always should be carefully considered.

When I started working at ThoughtMatter five years ago, I was asked to help define our mission, vision and values. It was the most challenging work I’ve ever done because it was the first time I not only cared about the outcome but knew I’d have to live it. Where we landed was: “We envision a world in which brands with purpose are the ones that matter the most”. I still 100% believe this and hope it rings true.

We must question privilege and power. We must put inclusion at the forefront of everything we do by supporting and embracing diverse perspectives from a broader range of people.

There is always a danger of tokenism, though. How can the creative community push for real change?

I’ve spent a lot of my life being the “token brown girl”. In the 1980s, I was adopted from a war-torn country in Central America to a predominantly white suburb in upstate New York. I dedicated a lot of time and energy to making people comfortable with me, and that’s not something I’m interested in doing anymore. There’s no progress in comfort.

Based on the way I look, people assume I belong in conversations about Latinx culture. Having me speak to my lived experience as a Salvadoran-American would be way more valuable. Tokenism is lazy and can even be dangerous. It removes the textures and varied experiences that live beyond someone’s skin tone, religion, sexual orientation, gender, and other details used to categorise a single person as the representation for many.

The same way I challenge how people view me, I am continually trying to challenge my own generally held assumptions or “tokenisms” in the creative industry. We all know the idea of “good design”, but who is defining what is good? Finding the answer to this question can get messy and frustrating, and there have definitely been moments where I put my foot in my mouth, but the end goal of amplifying new voices and promoting structural change is worth it.

We must question privilege and power. We must put inclusion at the forefront of everything we do by supporting and embracing diverse perspectives from a broader range of people. We need to do more reading, more listening. We need to think big but act small. Simply put, as someone who doesn’t look like the image of mainstream design, I hold myself accountable for helping underrepresented designers feel like they belong.

Harvest in the Square

You have worked for some amazing causes and brands – any that stand out?

As someone who always dreamt of living and working in New York City, I quickly learned that the struggle to survive here is real. The commute, the rent, the noise–we put up with a lot. Being a New Yorker requires a certain level of commitment, and my design skills have given me a way to get to know the fabric of the city I live in and help keep it strong.

Over the past few years, I’ve been working on projects that preserve and grow New York City’s neighbourhoods to support and nurture the organisations and people in my own backyard. We’ve used the power of design and communication to rethink economic development in , defined ‘s centrality, reframed how literacy is presented in , and invited visitors to a new experience of . The diversity of perspectives that our studio members brought to these efforts as natives and residents of those communities enriched the creative process for these projects and made them that much enjoyable to work on.

The privilege of living in a place where I can do this type of work and having endless resources that other cities are lacking has inspired me on a profoundly personal level and given me a new appreciation and an investment in the place I call home. 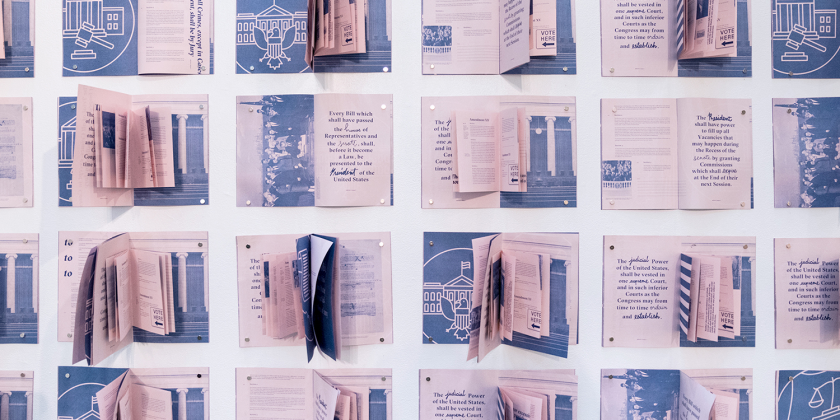 Interpreting the [Bill of Rights and the Constitution

Can you talk us through a time when you realised how much power design has to change the world?

In the wake of the 2016 election, our Chief Executive, Tom Jaffe, rallied the team in a meeting where he stressed the importance of using our creative talents to stay engaged. He said: “Action isn’t just about doing something the right way — it’s about doing the right thing right now.”

Coming out of this, we immediately in the hands of participants in the Women’s March on Washington to help them feel even more empowered and help their voices be heard. Not everyone can draw or write headlines, so we took it upon ourselves to assist in getting the marchers’ messages across in a way they might not be able to do on their own.

In 2017, we curated a collection of posters from 12 prominent designers, including Milton Glaser, Jessica Hische, Edel Rodriguez, and Jonathan Key, who took on the challenge of interpreting the . Then we set our wheels in motion once more, creating posters for the demonstrations following the Parkland Shooting in 2018.

I know posters alone won’t change the world, but the conversation they force can. Whether it’s about human rights, reproductive rights, gun rights, freedom of speech, etc., our ability to help amplify individuals’ messages during a series of critical historical moments has given me hope and a concrete way to keep utilising the power of design for change in the future.