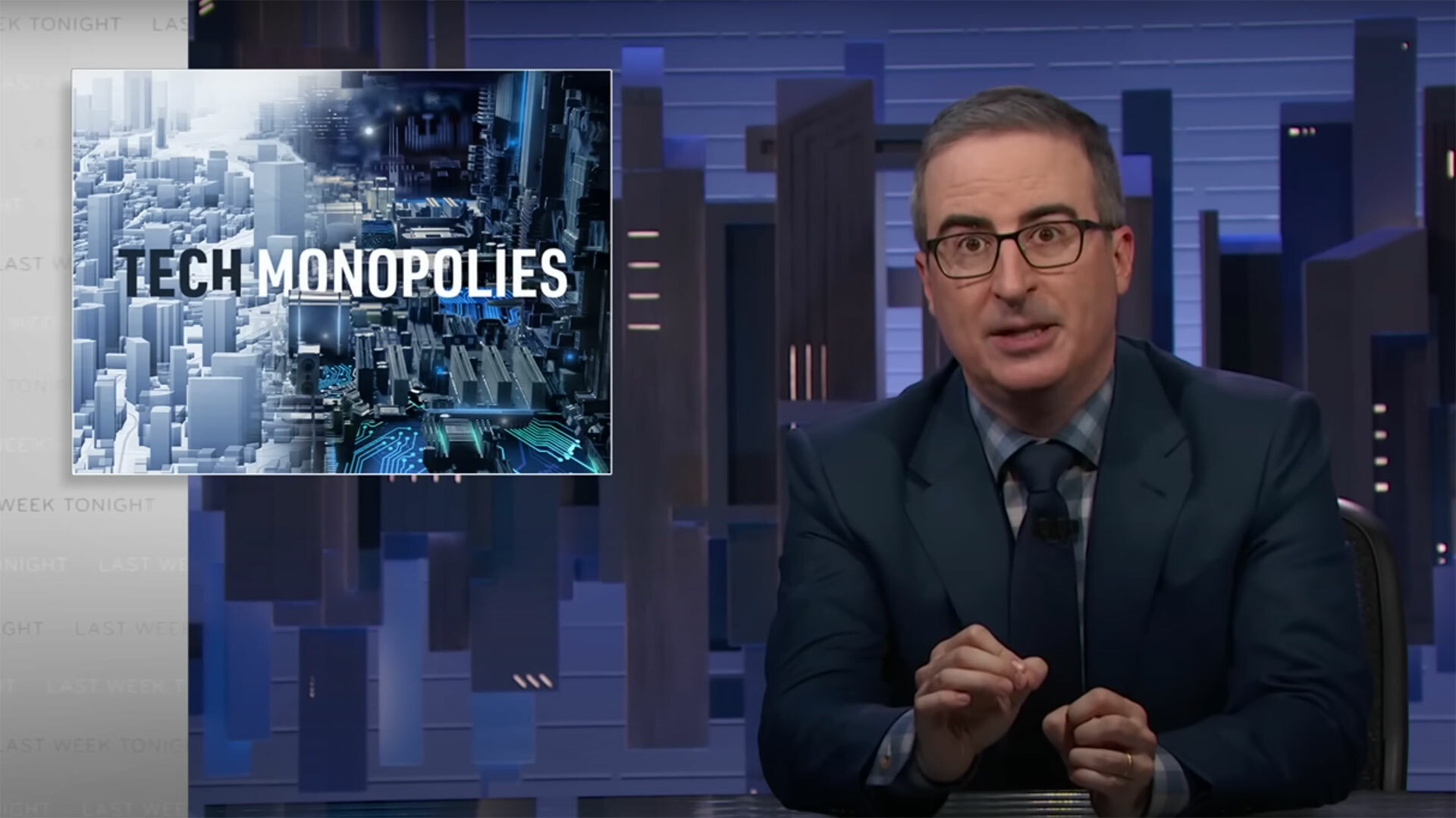 If you’ve been anywhere near the internet recently it probably won’t surprise you to learn that Google, Apple, Amazon, and Meta have a pretty big stranglehold on the space.

That fact hasn’t escaped John Oliver, either, who in his latest Last Week Tonight episode broke down the ways those tech companies dominate their competition – from to Google doing everything it can to get people to – before highlighting the (the American Choice and Innovation Online Act and the Open App Markets Act) that could help loosen the grip of the tech giants.

“The problem with letting a few companies control whole sections of the economy is that it limits what is possible for startups,” says Oliver. “An innovative app or product or website might never get off the ground because it could be surcharged to death, buried in search results, or ripped off completely.

“These bills would crack the door open for innovation and nudge the internet back towards what it was supposed to be from the start.”