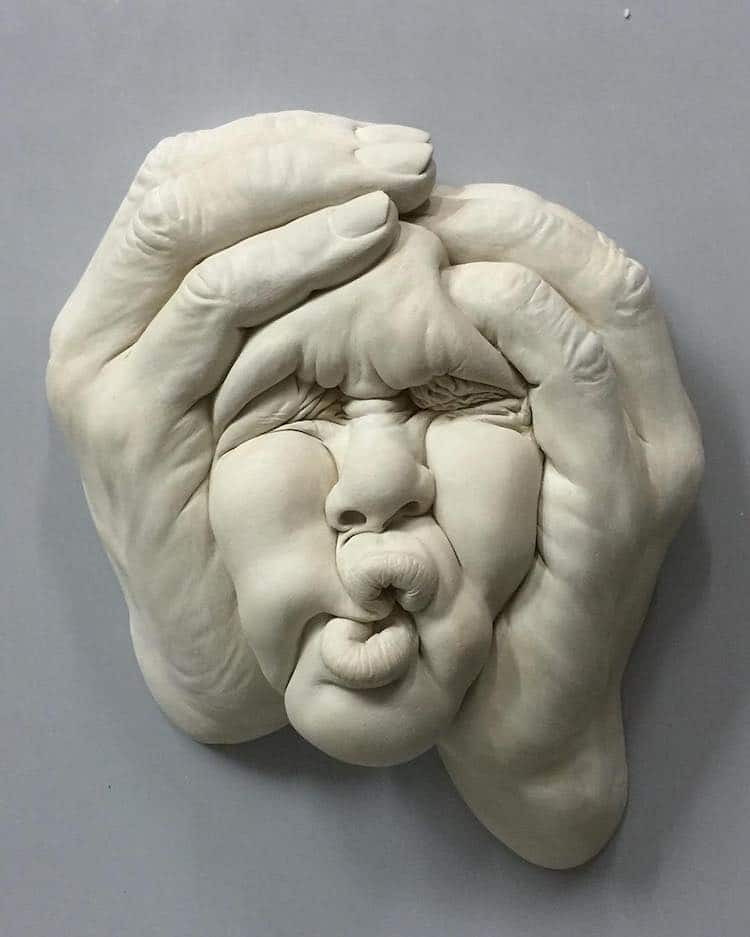 One of his more recent pieces, “Still in One Piece III” used porcelain facial features to capture his musings. The outlines of two faces shielded by protective masks press against each other, the hyper-realistic noses brushing and lips locked together. While the image is vaguely unnerving, it also portrays our species’ deep for connection and intimacy. 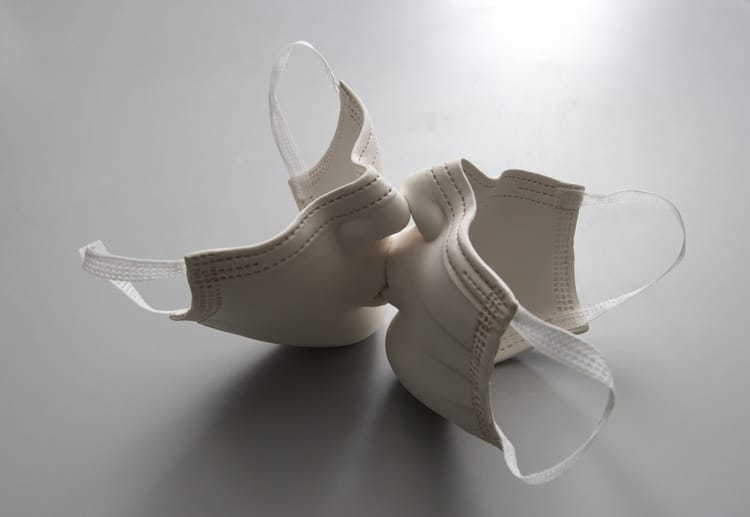 “At the beginning of May [2020], this idea popped up in my mind from nowhere during my meditation. Ideas came up to me like this very often. Many of my pieces were created with ideas popped up during meditation,” Tsang told of the kissing masks piece. “I have a strong feeling that these creative ideas were not originated from me. But I believe there must be a good reason that it came to me. Maybe just because I have the ability to realize these wonderful ideas and show them to the right people. For this reason, I don’t want to interpret it myself. I think everyone who see my works has the right to interpret them in their own way, according to their own feelings.” 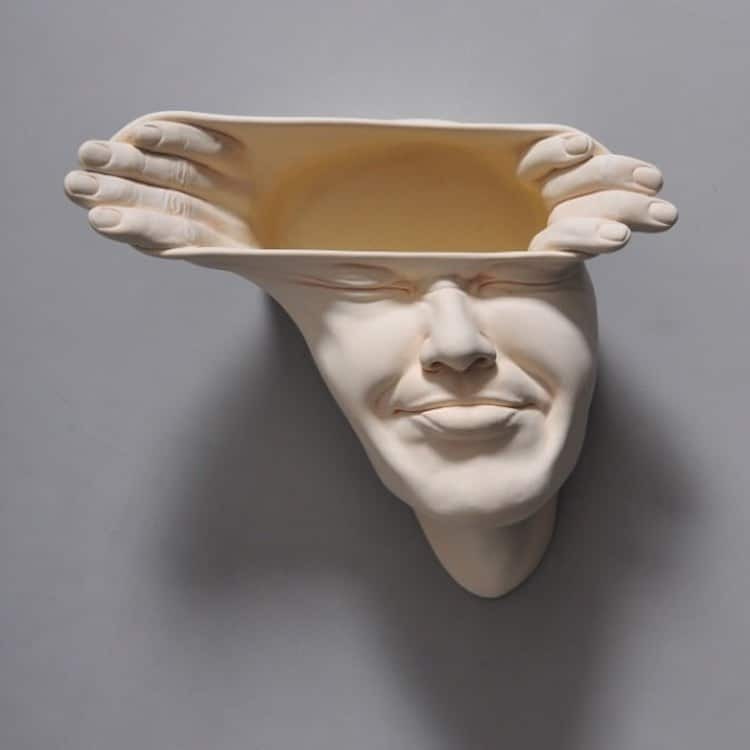 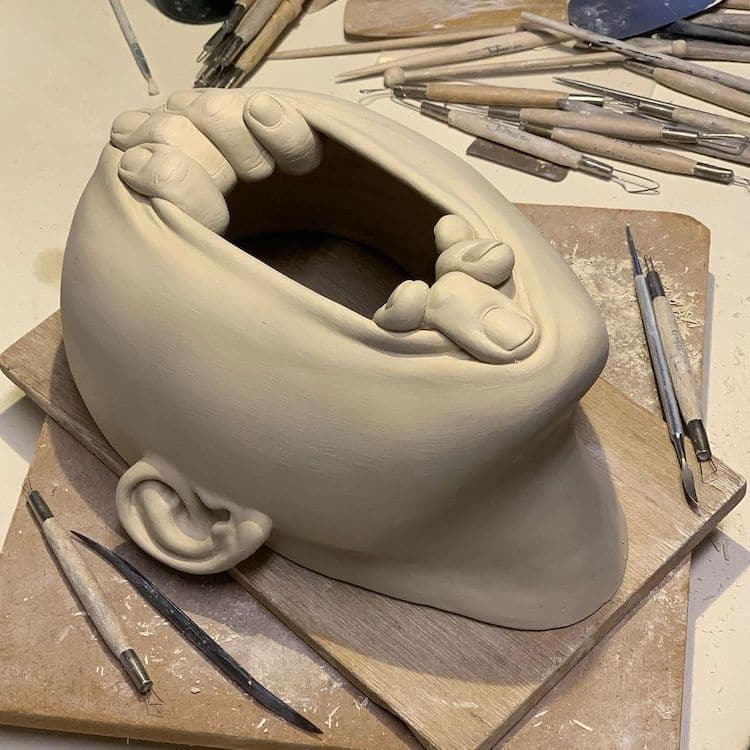 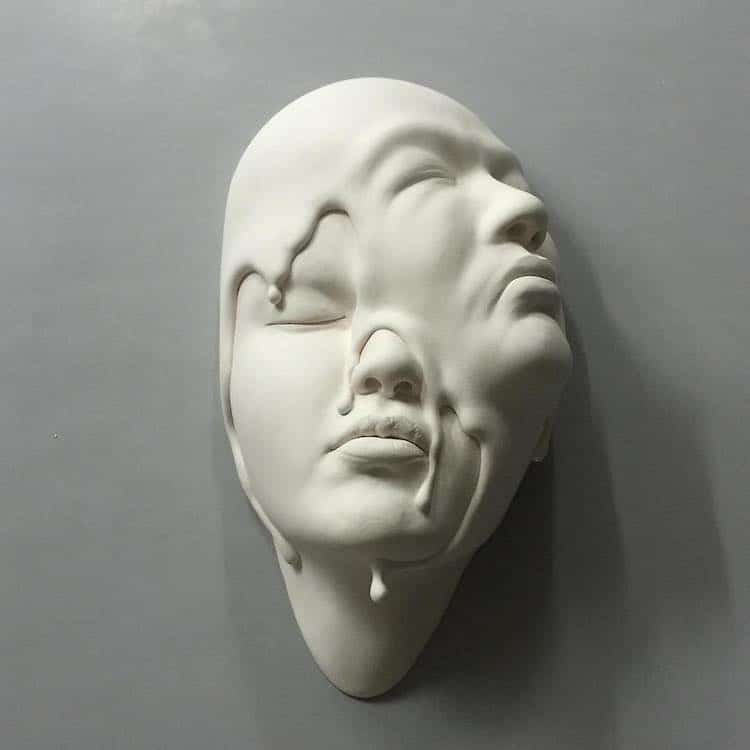 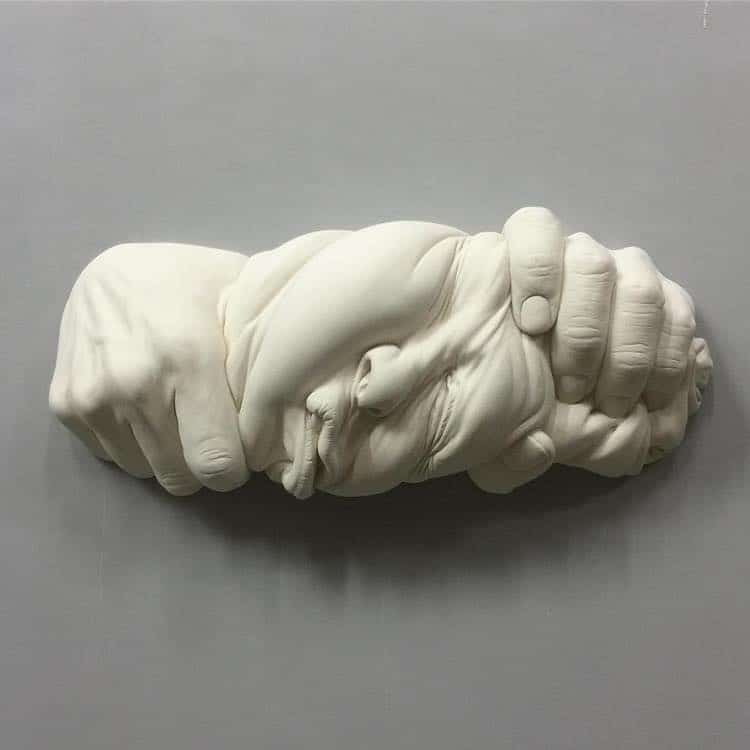 Other works open for interpretation include a grimacing face that appears to be having its skin pulled sweatshirt-style over its head by a pair of arms emerging from the skull. Another features fingers from inside a head prying open the face, causing the features to disappear but still look like the person might be screaming. Tsang’s “Remembrance” has one face melting on top of another, while “Love in Progress” shows a pair of hands wringing out a tortured face like a wet towel. 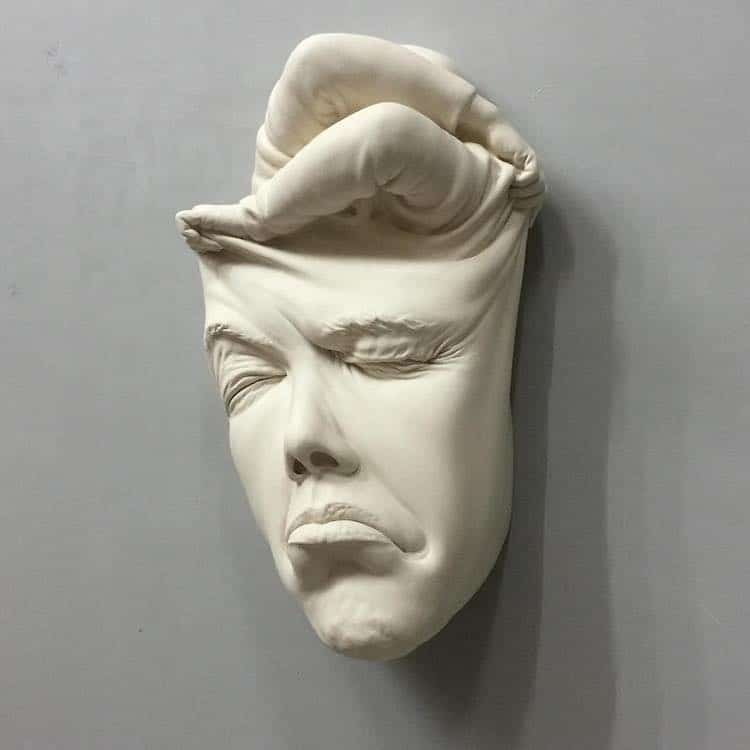 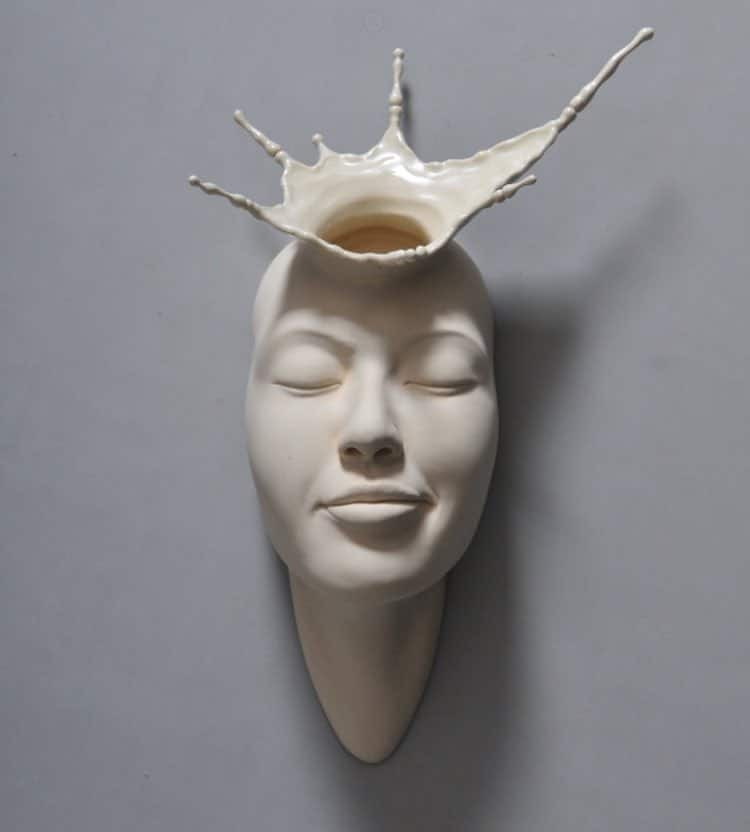 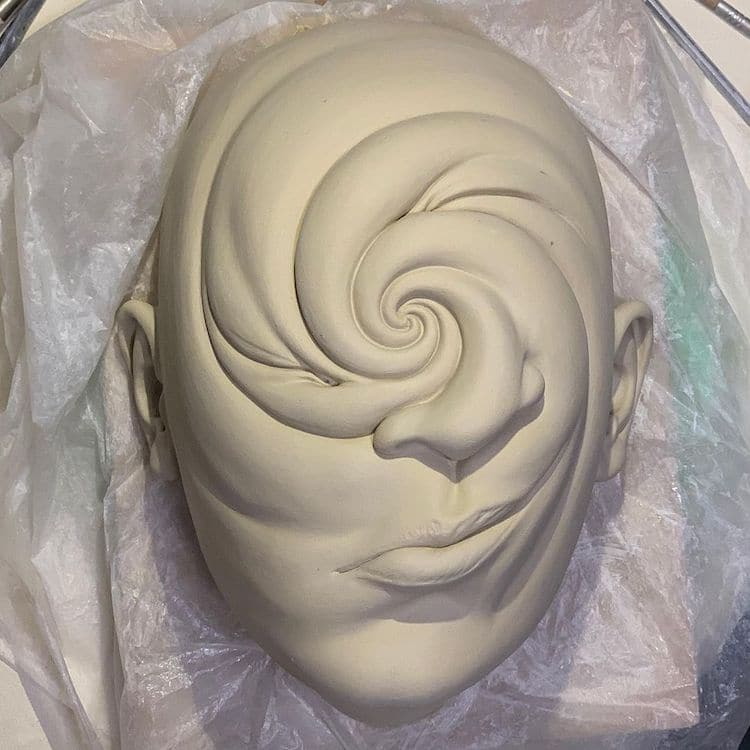 Although his skill with ceramics seems like it must have taken a lifetime to perfect, art and sculpture are actually a second career for Tsang. Having grown up poor, the artist originally focused on trade labor, first as an air conditioning assistant and then a potato chip fryer. He eventually became a police officer, spending 13 years keeping the streets of Hong Kong safe. During that time, he took a clay modeling class and was transformed by its pliable nature. “The clay seemed so friendly to me, it listened to every single word in my mind and did exactly [as] I was expecting,” Tsang said in an interview with . “Every touch was so soothing. I feel like I was touching human skin. I found peace and joy in it. I’ve felt in love with it ever since.” 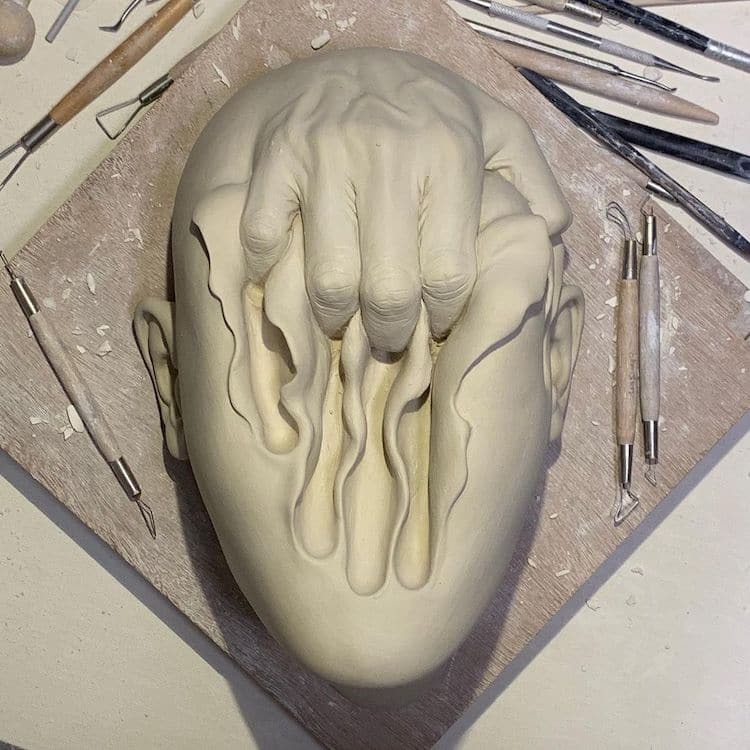 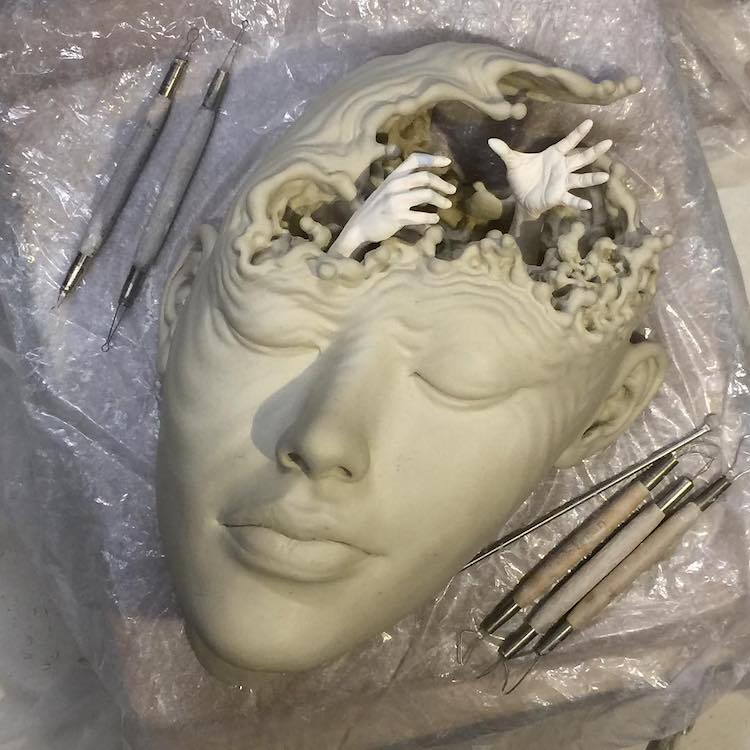 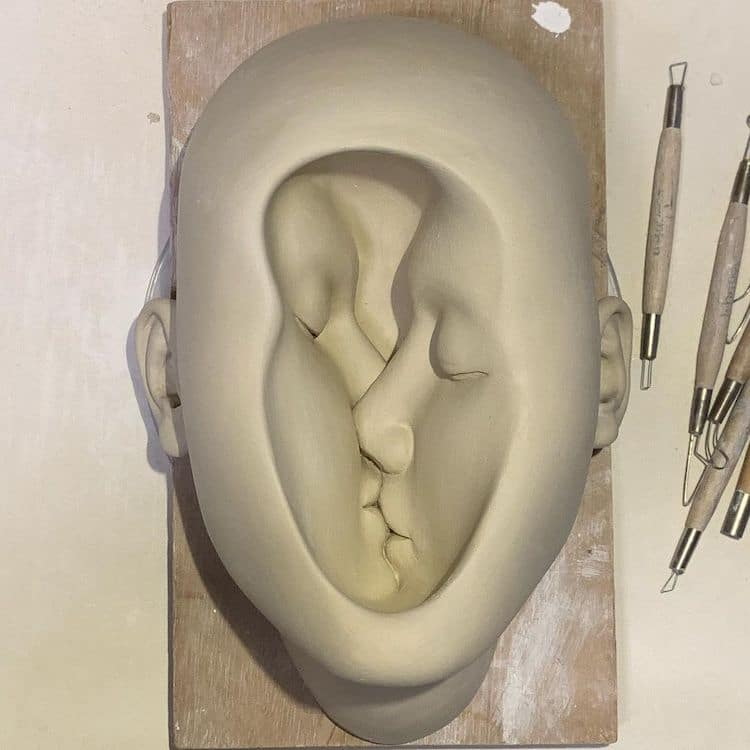 Leaving behind his police work, Tsang jumped into a “new life” of “exploring art.” However, his experiences as a cop with the “dark side of the city and humanity” heavily influence his artist creations. “What affected me the most were the fatal cases,” he said in an interview with the . “I saw people being stabbed and killed by gangsters, a 6-year-old girl who was murdered by her maid, an 11-year-old girl who watched her younger brother die under a big tire of a double-decker bus while she was helping her mother to take care of him, and lots of faces of people who lost their lives in fatal car accidents. Today, I would definitely say that my service plays an important role in my creation. At least, I see things differently.” 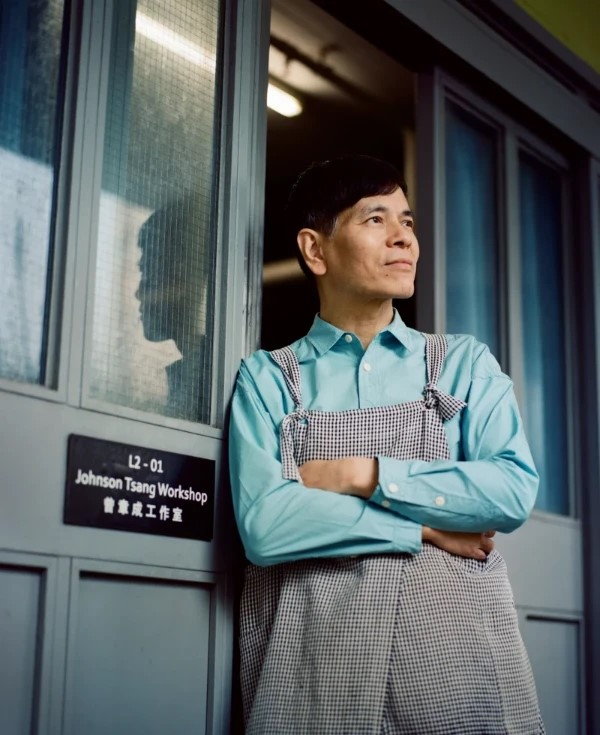 Tsang updates fans by posting his latest work to his , and accounts.