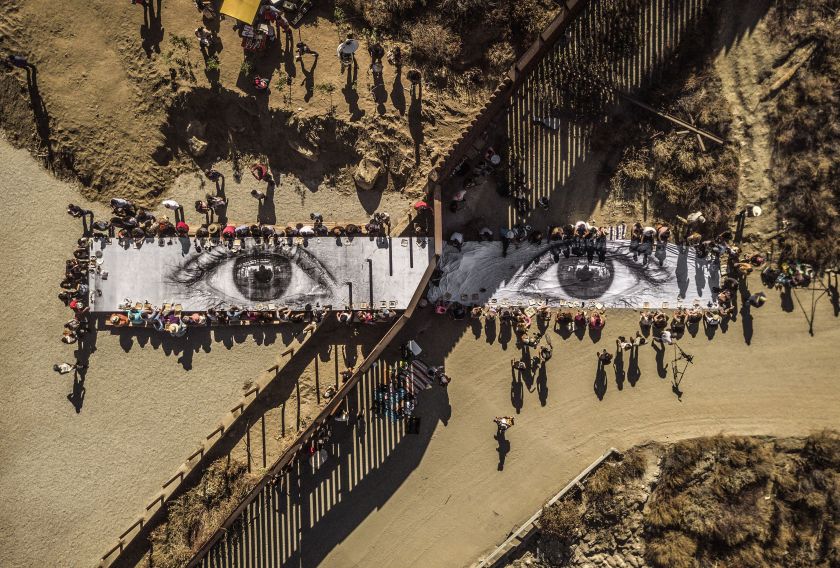 Migrants, Picnic Across The Border, 2017 © JR. All images courtesy of the artist and Saatchi Gallery.

Landmark projects by the internationally renowned photographer and street artist JR are the focus of a new exhibition hosted by the Saatchi Gallery, . Featuring work from the past fifteen years, the largest solo museum exhibition to date of JR’s output includes his early graffiti documentation and large-scale illusions that have adorned buildings all over the world.

Curated by the Brooklyn Museum’s Sharon Matt Atkins and Drew Sawyer, JR: Chronicles also includes up to date examples of his digitally collaged murals, which depict powerful portraits of diverse communities. Other featured projects include 2019’s celebration of the Louvre Pyramid, The Secret of the Great Pyramid, and Tehachapi, which documented his experiences with inmates at a Californian maximum-security prison.

Laura Uccello, Partnerships Director, says, “JR: Chronicles takes visitors on a global journey through the intimate storytelling of one of today’s most influential contemporary artists. The exhibition opens in London during a key moment in time in which social engagement and the power of communities have taken centre-stage in London and around the world.” 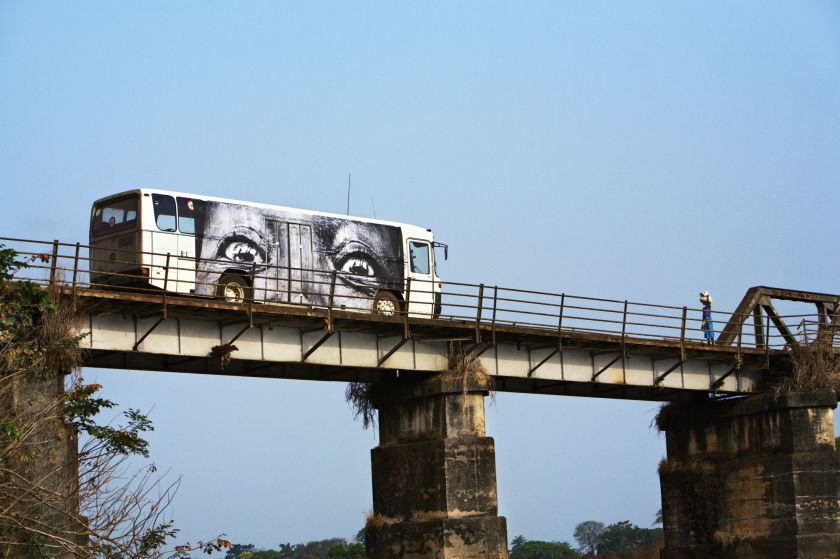 As well as charting different stages of his artistic evolution, JR: Chronicles focuses on “his commitment to community, collaboration, and civic discourse.” Photographic projects on display include Expo 2 Rue, where JR used streets as an open gallery for pasted photocopies of his graffiti artist community.

Meanwhile, Portrait of a Generation features portraits of young people from the Montfermeil housing project caught up in France’s 2005 countrywide riots. According to the Saatchi Gallery, “by bringing the faces of young people from the projects to prominence, JR and his collaborators brought attention to the misrepresentation of these individuals in the media, thereby also challenging the public’s assumptions and biases.” 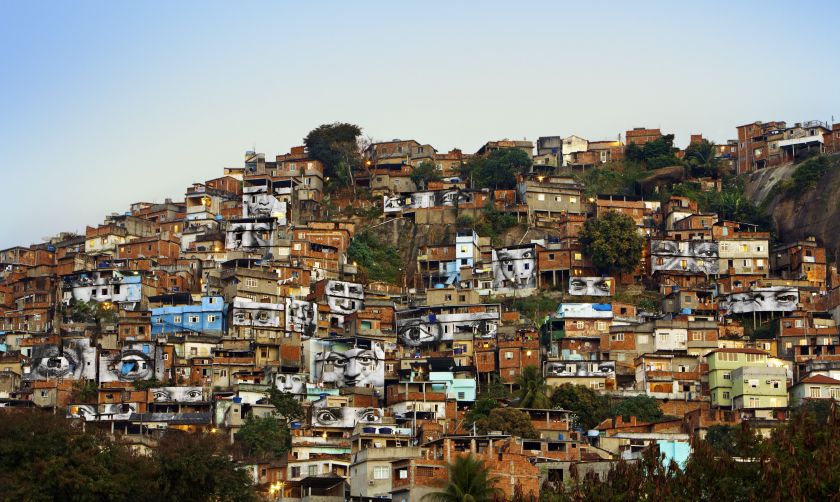 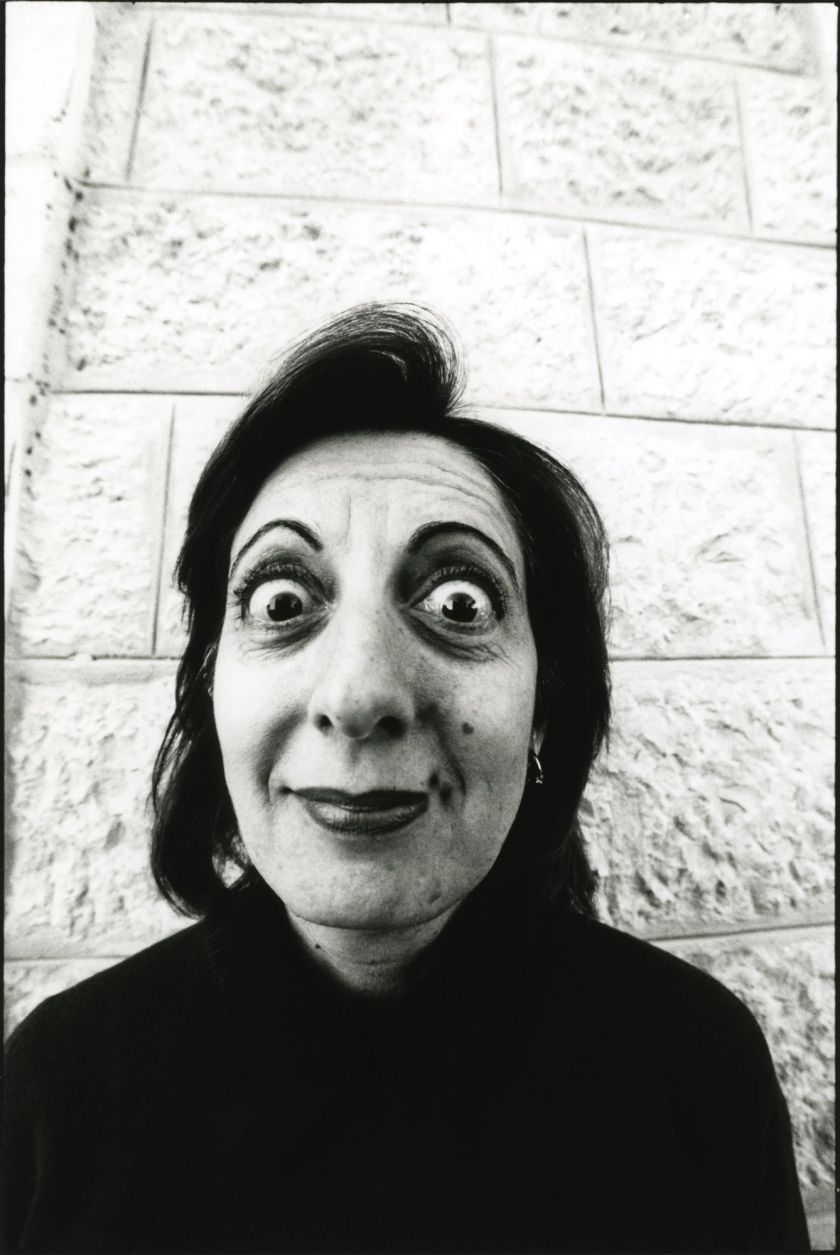 Other international projects on display include the powerful Women Are Heroes, which uses blown-up images of women’s eyes and faces to honour their contribution to public life, plus The Wrinkles of the City project, which celebrates the oldest members of society and their histories. Films and video murals are also on display in recognition of how JR has expanded the public’s appreciation and understanding of public art.

The Saatchi Gallery adds: “Through his powerful storytelling abilities, collaboration with and commitment to community, and willingness to question power structures and institutions, JR has re-invented the medium of photography in the twenty-first century.”

Thanks to its variety of photographs, films, and examples of his installations, JR: Chronicles is a comprehensive look at how and why he has captured the world’s imagination. The exhibition is open now and runs until 3 October 2021. 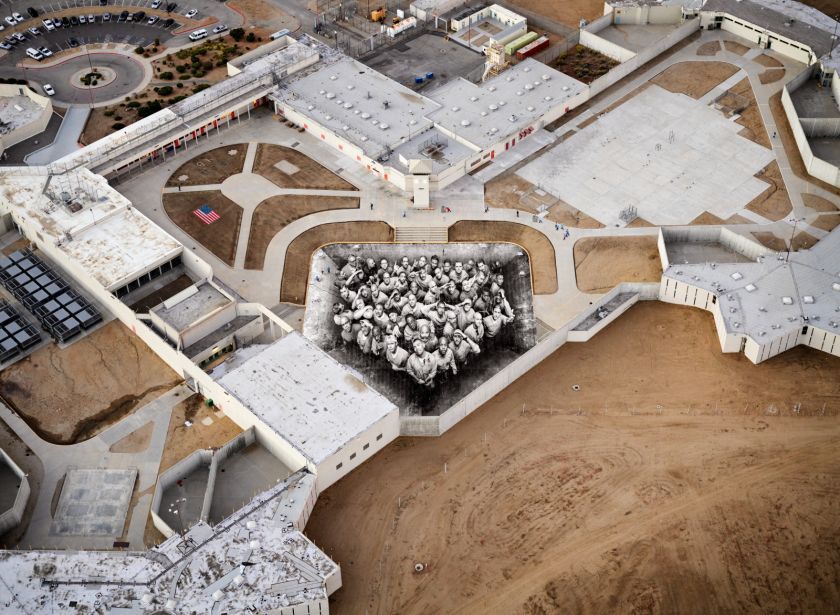 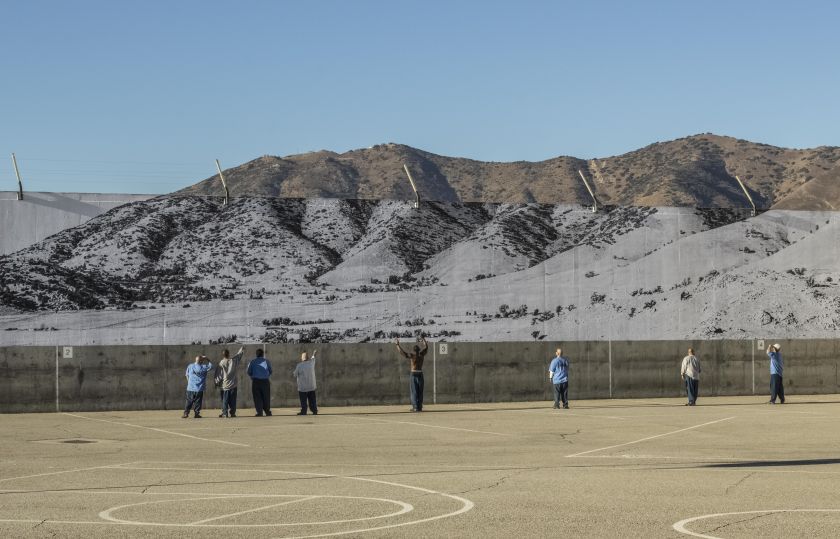 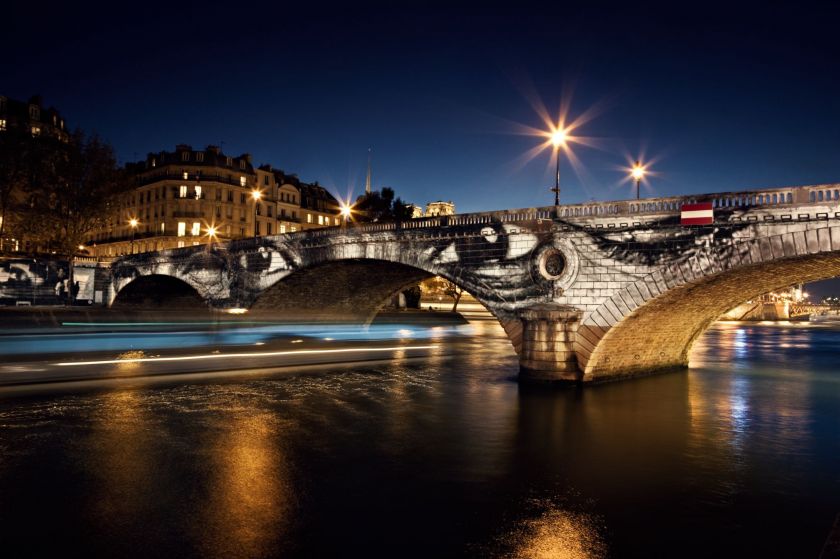