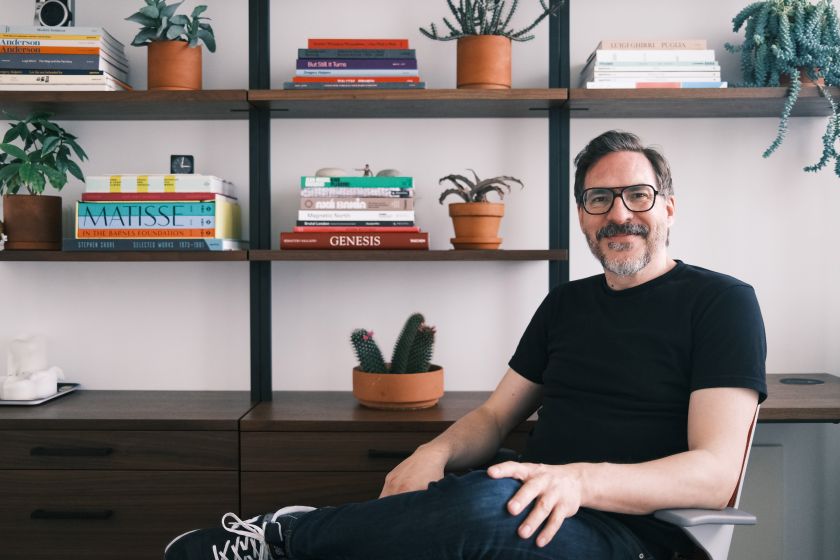 As a founding partner and CCO of creative agency in New York, Kemp Attwood is someone who could probably share a lot of wisdom about a satisfying career in design. To pick his brains a little, we wanted to know which five books are important to him and why, so we can perhaps learn a little more from his success.

After graduating in Creative Writing and Literature from York University in Toronto and earning a Post-Diploma Certificate in New Media Design from the Bell Center for Creative Communications, Kemp Attwood began his career as a designer at Blast Radius in Vancouver. Later, his work at the Canadian Broadcasting Corporation’s Radio 3 garnered awards from Communication Arts, the Art Directors Club and the New York Festivals awards.

Kemp joined Area17 as a design director in the Paris studio before becoming a partner and returning Stateside to lead the New York studio today. As with all partners, he is hands-on with clients, working as an executive creative director on client engagements. Previously, he worked as a senior art director at Second Story in Portland, Oregon, creating websites and museum installations for the National Geographic Society, the Smithsonian Institution and the United States Holocaust Memorial Museum.

In his own words, we hear of the five books that he couldn’t live without and why he feels they play such an important role in his creative endeavours.

As a self-taught designer, this was probably the design book I referenced the most. Despite its textbook structure, I read it through at least twice (minus the type specimens) and gained confidence from knowing best practices in a “knowing the rules before you break them” kind of way. I connected with the fact that the author is a Canadian poet because that aligns with my heritage and studies and because poetry and typography are so closely linked.

I read Adrian’s book when I was shifting away from the day-to-day of designing, starting to lead a team and work more closely with clients. The book includes practical and philosophical advice about designing a creative practice that aligns with who you are and what you want from it. That helped me on that journey. An example of practical advice that influenced how I operated as a creative director is, “All great work comes about when viewpoints are balanced: in other words, when both client and designer feel that they are being listened to”.

Ed Catmull introduces the book by recognising his own shift from directing the creative output to guiding a creative organisation. Once again, this related to my own experience and gave me renewed focus during a time of transition. Through real-world examples from within the walls of Pixar, Catmull shares practical models for creative leadership. The book’s central theme is acknowledging that all creative organisations have problems, and what makes the best of them special is that they work hard to uncover these problems and put all of their energy toward solving them. “Candor, safety, research, self-assessment, and protecting the new are all mechanisms we can use to confront the unknown and keep the chaos and fear to a minimum. These concepts don’t necessarily make anything easier, but they can help us uncover hidden problems and, thus, enable us to address them.”

I read this book after hearing one of the founders speak at a design conference and participating in a breakout session that had participants reenact “the drama triangle” of victim, hero, and villain. Each of the 15 commitments in the title — responsibility, candour, curiosity, and integrity, to name a few — represent shifts from a mindset where life’s events happen “to me” to a mentality of “by me”, where one influences everything that happens in their life. I come back to the book every week in my quest to be a better leader and the tools and resources on their website, including meditations and worksheets.

While No Rules Rules has valuable overlapping themes with Creativity, Inc, such as the importance of honesty and creating a culture of feedback, the central idea of creating an organisation that is led through context rather than control is unique. The examples and illustrations of how Netflix has done away with the rigidity of processes, such as expense reports and unlimited vacation, are paired with the context they give employees the freedom — and responsibility — to make good decisions in the company’s best interests in mind. There is a lot to learn that applies to the design of organisations, but there are individual leadership applications as well.