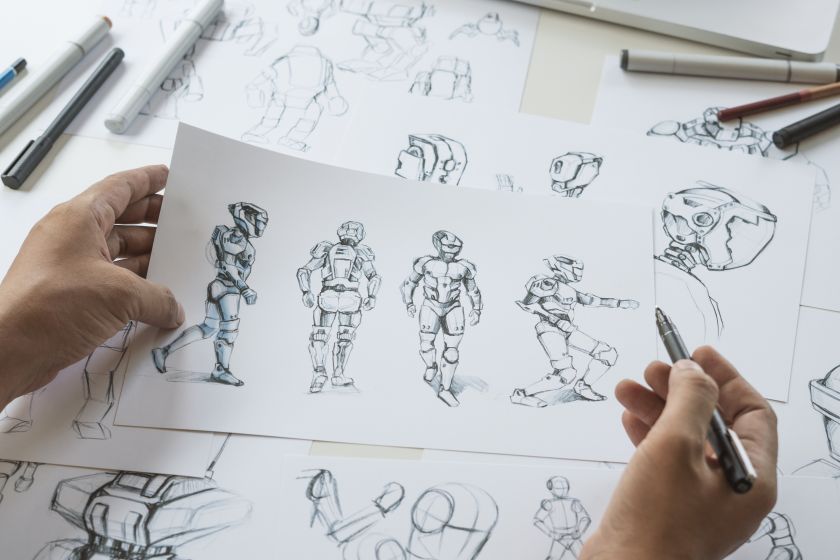 Most of the world’s biggest brands go to extraordinary lengths to protect their secrets. Consider how Coke has kept its recipe secret for over a century, while even KFC’s head chef doesn’t know the exact blend of 11 herbs and spices the company uses. But the one big exception is Disney. It’s generously shared the way it’s bought every animation from Snow White to Soul to life so that others can do it too.

First formulated in the 1930s, Disney’s 12 principles of animation guarantee its characters move in a realistic fashion that engages audiences’ empathy. And whether you want to be a motion designer or animator, they’ll help you create sequences that will instantly grab attention. Whatever the latest may be, these principles remain universal and never-changing.

We’ve teamed up with , an online academy specialising in visual design and motion design, to introduce Disney’s principles to you in this article. Then, if you want to go further, Created has a free course, where you’ll get to understand some of these principles in more detail and test them out with a real-world brief.

Meanwhile, if you want to fully get to grips with the principles and develop an industry-ready skillset and portfolio, mentored by leading professionals, check out Created’s and courses.

Squash and stretch give animated characters and objects the illusion of gravity, weight and flexibility. Imagine a rubber ball bouncing and reacting when it hits the ground. The ball stretches when it travels and down and squishes on impact. Even though the effect is exaggerated, the volume of the object should stay constant, providing a sense of realism to balance the comic effect.

Anticipation hints at the motion that’s about to happen, to prepare the viewer and make things more realistic. Imagine a person jumping. Before they jump, they bend their knees, take a deep breath, swing their arms back. It’d look weird if they didn’t, right?

The essence of staging is to guide the viewer’s eye to the most important object in your scene. You can do it through lighting, for example, or camera angles. Conversely, you’ll also want to restrict the movement of less important objects.

4. Straight ahead vs pose to pose

These are two different styles of animating, each with their own pros and cons. With ‘straight-ahead’ action (shown above, top), you draw each frame independently: this provides for a smoother and more realistic action. With ‘pose to pose’ action (shown above, bottom), you draw the first and last frame and fill in the rest later. This approach makes it easier to keep the proportions the same and is good for dramatic scenes.

When objects in motion slow to a stop, different parts of the object stop at different times. Similarly, not every object in a scene will always move at the same rate. Considering the weight of each object will help you make your animation flow more realistically.

All objects need time to slow down and to speed up. For example, if you watch a horse run, it speeds up at the start and slows down at the end. This is applicable to all things, cars, humans, even boxes, as shown above. The way to represent this within animation is to add frames to the start and the end.

Viewers don’t necessarily know the laws of physics, but they can instinctively tell when an animation isn’t following them. So it’s important to get your head around these rules. One key rule is how objects move in an arc under the influence of gravity, such as when you throw a ball into the air.

Secondary actions support or emphasise the main action going on in a scene. Using them helps to add more depth to your characters and objects. They may include, for example, subtle movements of hair, facial expressions or reactions.

If you give a heavy box a push, it’s going to look and move differently to a lighter box being pushed with the same force. So getting your timings right makes your actions and objects look real. This also helps convey the mood and reactions of a character more realistically.

While your animation needs to be rooted in physics, if it looks too real, it can come across as boring. So put some kapow into it. One way Disney does this is by using extreme backgrounds. Alternatively, you could explore exaggerated features or actions. The world is your oyster.

The foundation of any animation or motion design project is in good, solid drawings. You’ll need to know how your object looks in a three-dimensional space, as well as understand the principles of weight, light, shadow and volume. It’s a good one to crack early on.

Ultimately, you’ve got to make your character or object appealing to the viewer. They don’t have to be the good guy, but they’ve got to have some form of magnetism. It is perhaps one of Disney’s most challenging principles to crack, but keeping things simple and working with character development should help.

Want to know , or animator? The online academy is the place to head. Its courses take place online, so you can fit them into your schedule, and are led by leading professionals working in the industry. You’ll work on real-world briefs, and emerge with an interview-ready portfolio. So what are you waiting for? Discover what can offer you today!