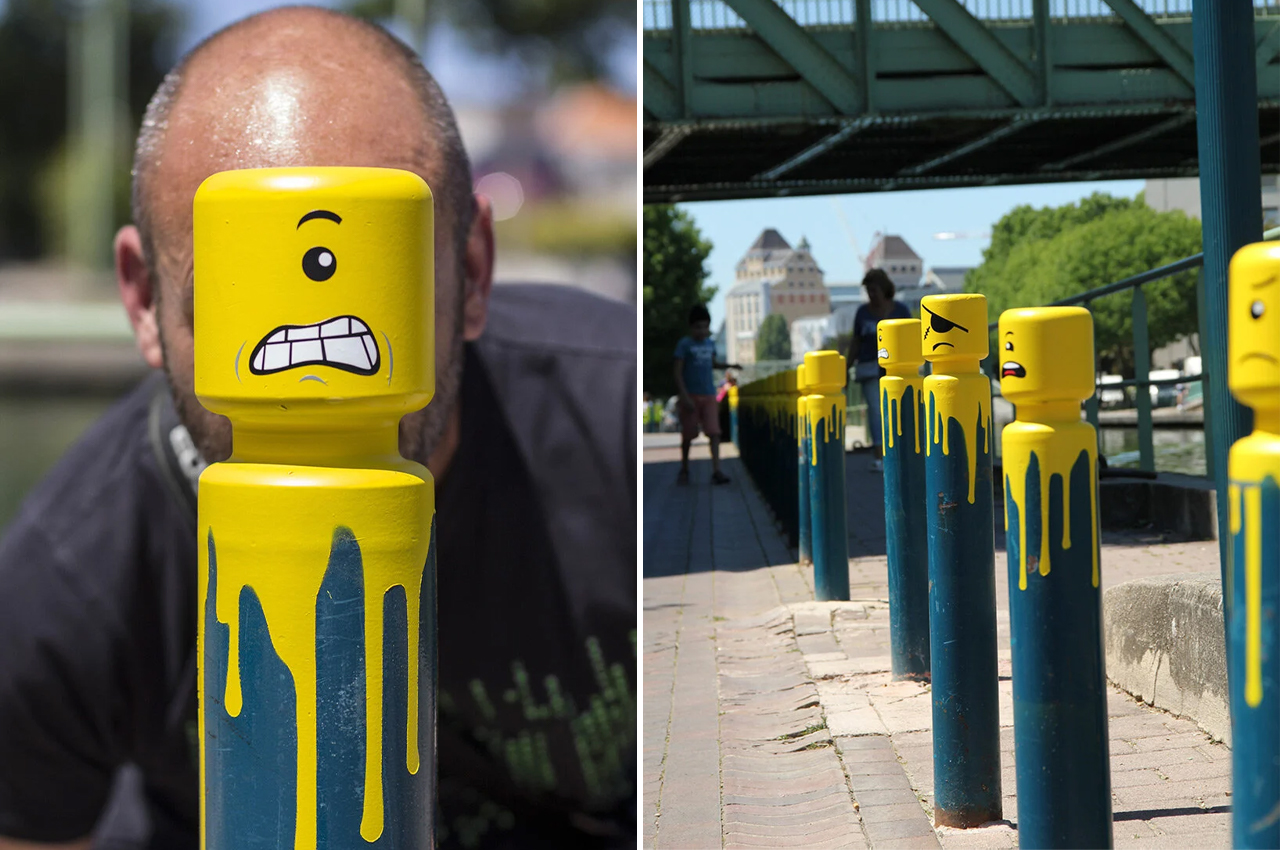 Cities across the globe are home to unconventional local celebrities who turn sidewalks and building facades into blank public canvases where they can stamp their own artful print. In Paris, urban street artist Le CyKlop transforms the cobblestone avenues into LEGO-inspired city sets. Using his own sticker designs, Le CyKlop spray paints the tips of street bollards in yellow, finishing them off with anthropomorphic stickers that make each bollard look like one-eyed LEGO characters, dubbing the public art Angry L’éGO. 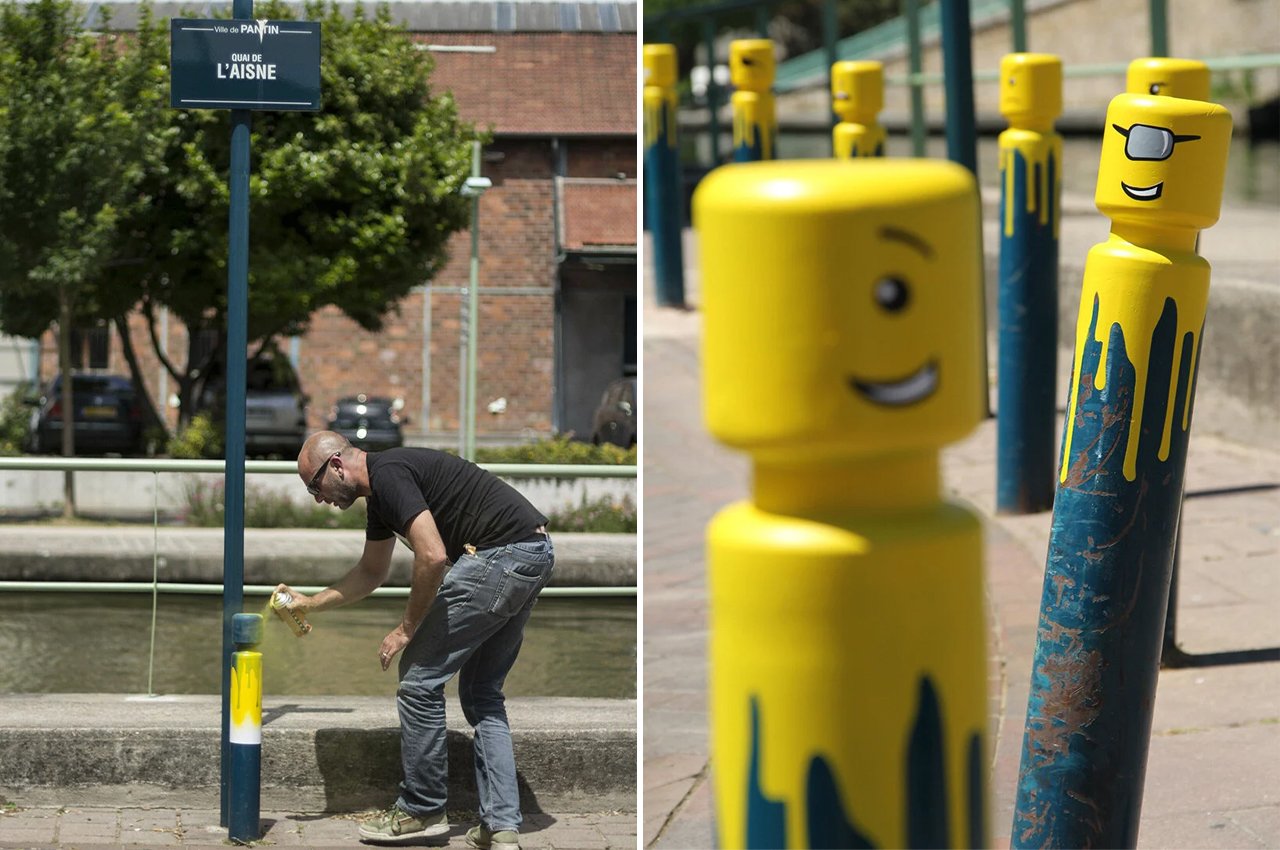 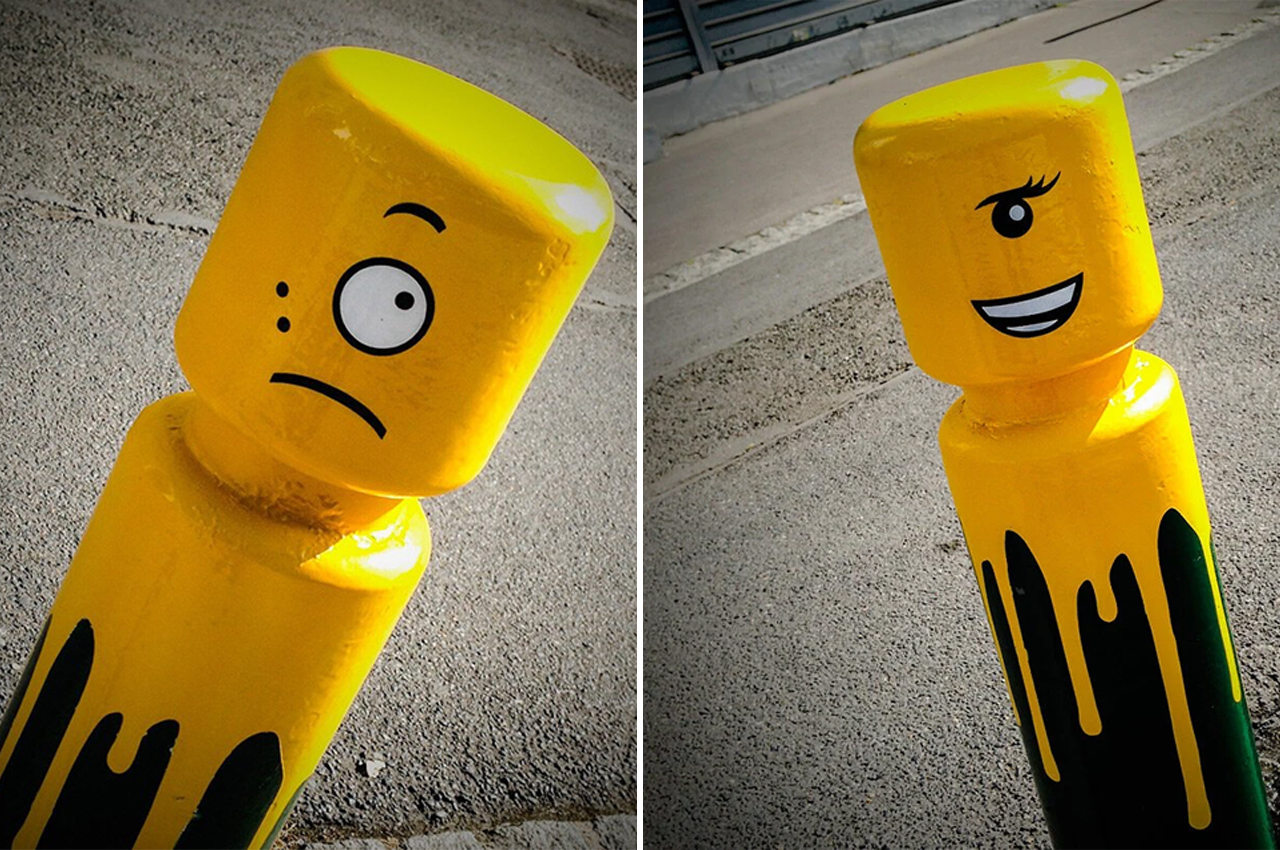 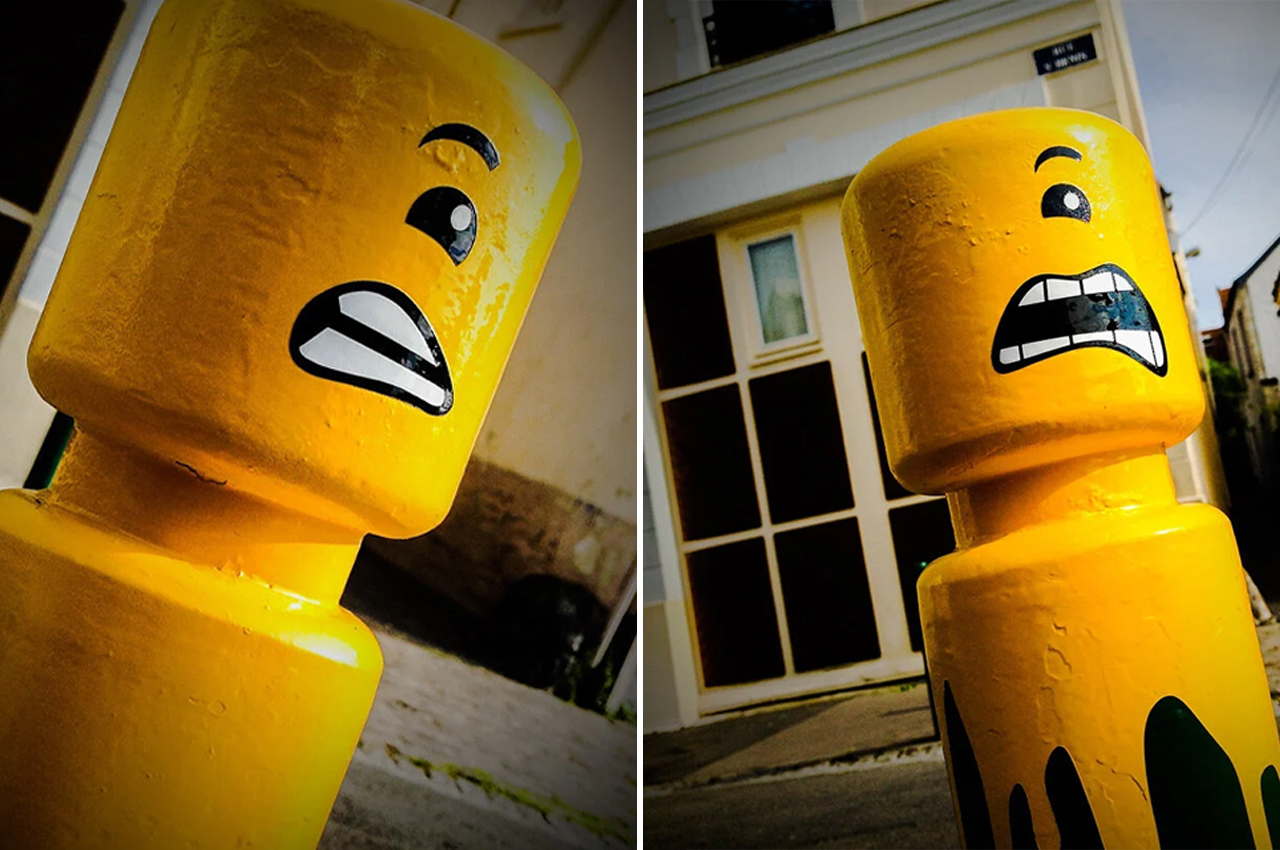 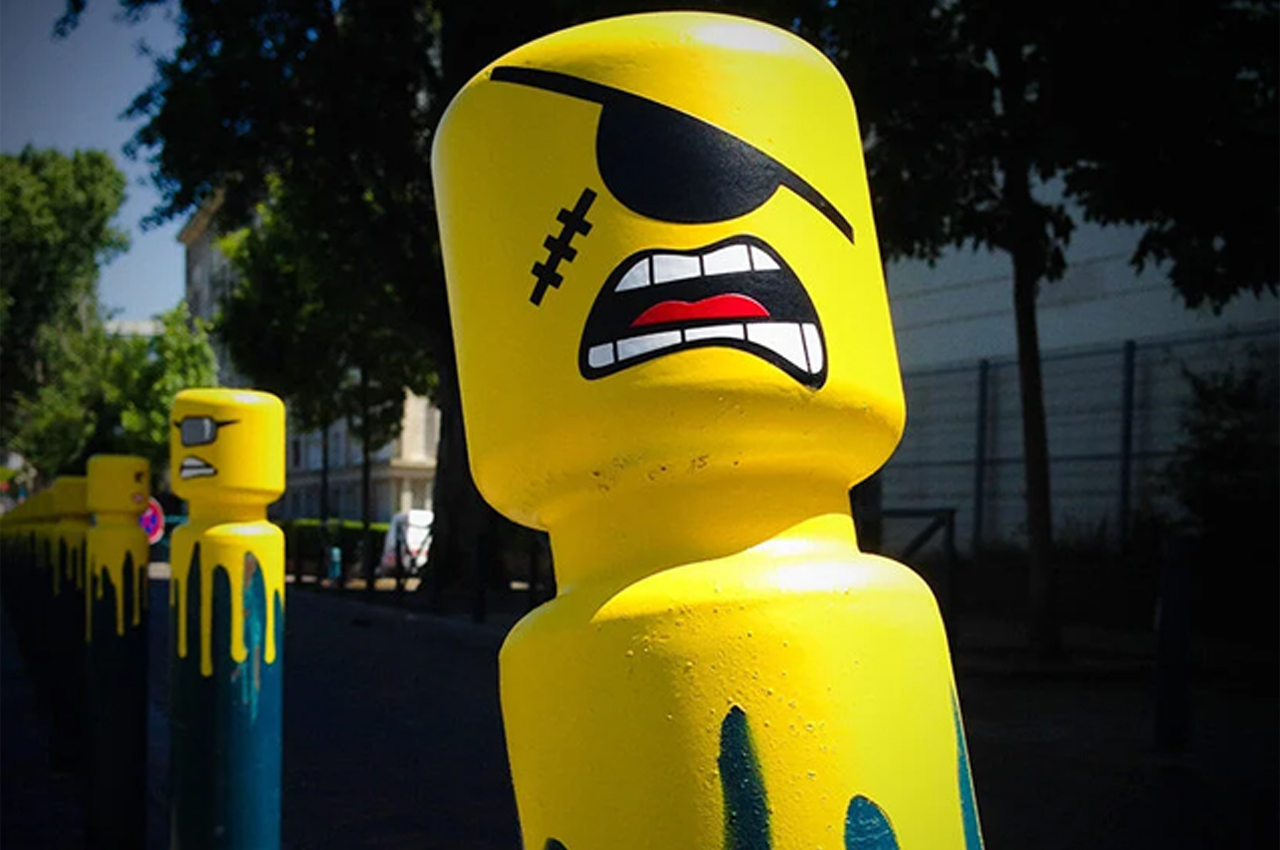 After first picking out the bollards that he thinks could use some bright yellow makeup, Le CyKlop spray paints them so it looks like they’ve been turned upside down and dipped in yellow paint. Then, Le CyKlop pops some stickers onto the bollards, giving each one a distinct cyclops-inspired facial expression ranging from happiness to mischievous, and from fear to anger. 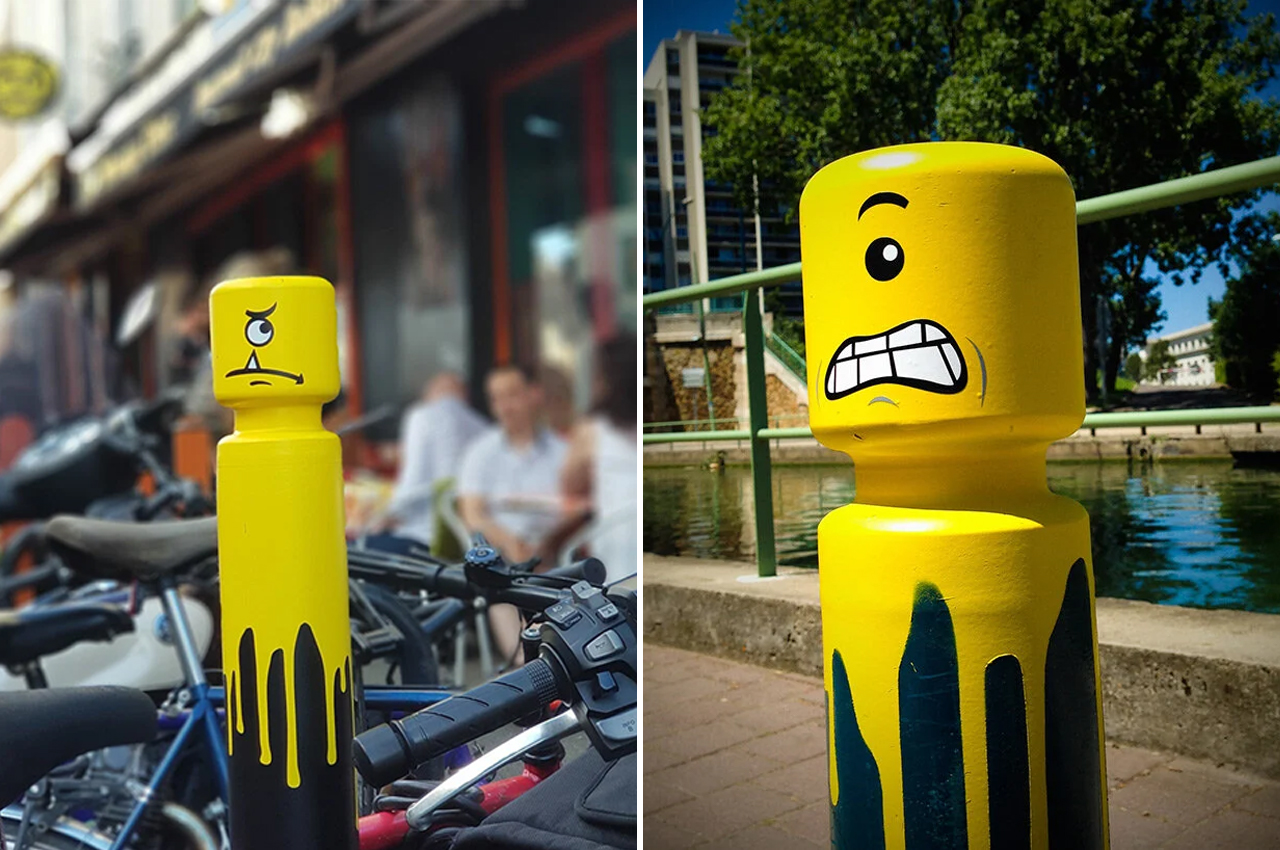 Le CyKlop found inspiration for his urban art through Greek mythology and the iconic building blocks brand LEGO. Describing his spray paint street art, Le CyKlop notes, “In my work, I try to break free from conventional supports such as walls or canvas, to invest in the objects. By putting an eye on them, I try to make them come alive, to give them a soul and to give birth to a form of fantasy.” 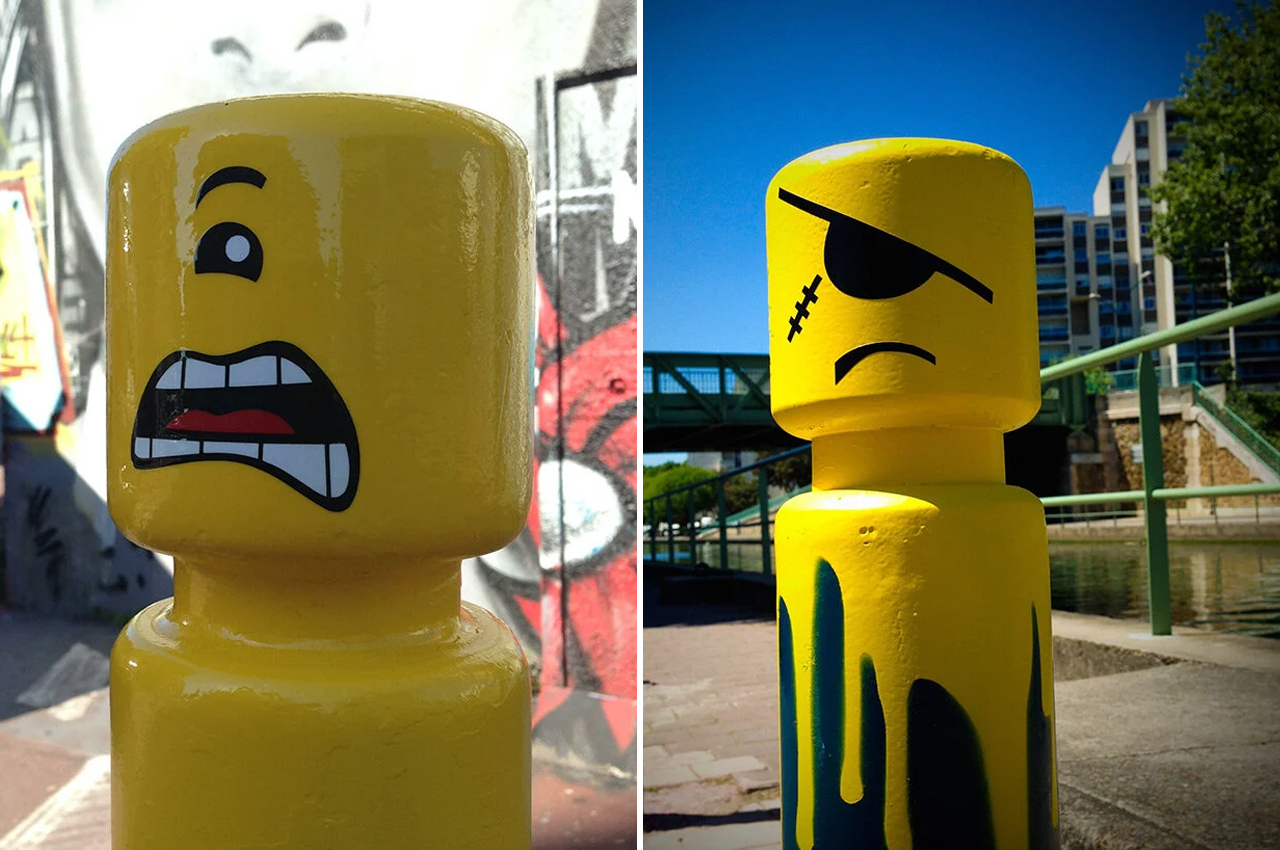