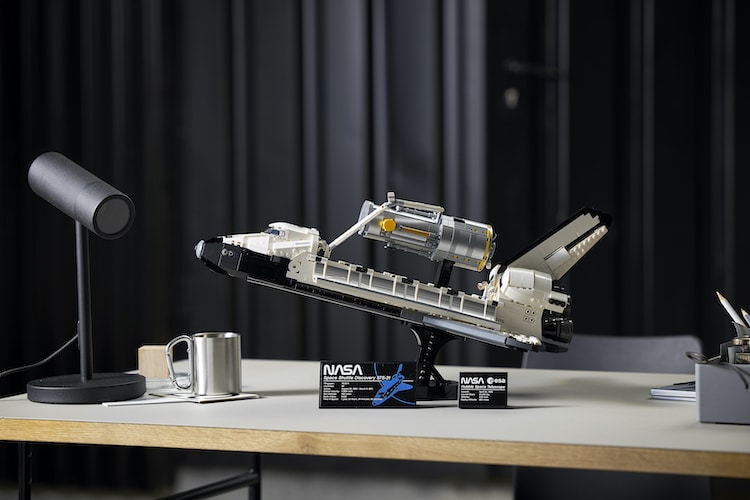 Over three decades ago, NASA’s STS-31 mission saw the Space Shuttle Discovery launch and bring with it the iconic Hubble Space Telescope. The Hubble is still orbiting the Earth today, and it continues to beam back images of our universe to help us understand more about the cosmos. To celebrate all of the time the telescope has spent among the stars, has developed a new in collaboration with NASA.

The year 2021 also marks the 40th anniversary of NASA’s Space Shuttle program. During that time, Discovery has taken more space flights and carried more astronauts than any other spacecraft in the program. In fact, Discovery worked so hard that it was the first NASA Space Shuttle to retire. The impressive spacecraft is now on display at the Steven F. Udvar-Hazy Center of the Smithsonian National Air and Space Museum.

LEGO’s 2,354-piece replica is built at 1:70 the scale of the real spacecraft. The toy manufacturer has previously released other versions of Space Shuttle Discovery kits, but its latest design is the biggest and most detailed yet. It measures almost 22 inches long and has a wingspan of over 13.5 inches, which allowed designers plenty of room to add lifelike features. 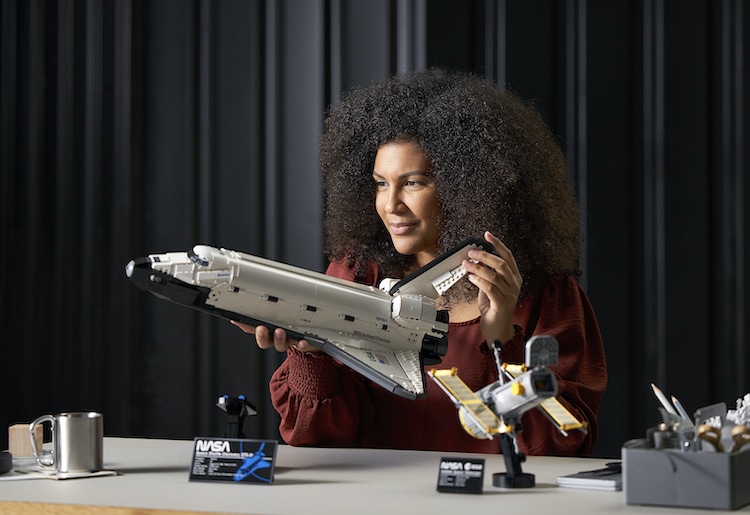 The LEGO Discovery features an orbiter with functional landing gear, payload bay doors, working elevons, and a rudder. It also includes the famous Hubble Space Telescope, which can either be folded and contained within the shuttle’s spacious cargo bay or expanded with a solar array and displayed separately.

The set designers paid particular attention to making the telescope as realistic as possible. Its surface is covered in 108 silver elements—the most ever included in a single LEGO set. It also features an aperture door that opens to reveal the optics inside. And there are even solar panels that can be attached once the telescope is removed from Discovery’s cargo bay. Both the telescope and the space shuttle come with a display stand featuring key information about the mission.

NASA Astronaut Dr. Kathy Sullivan, one of the original team members of the STS-31 mission, was introduced to the LEGO Space Shuttle Discovery set and was impressed by its detail. “Looking at the model, it was great to reminisce about my experiences in space launching the telescope for the first time,” she says. “Hubble is definitely the highlight of my career. This LEGO model is a great way for LEGO builders and space fans alike to get excited about space travel and learn more about the famous mission in a fun and engaging way.”

The newest Space Shuttle Discovery set will be available on April 1, 2021, on . 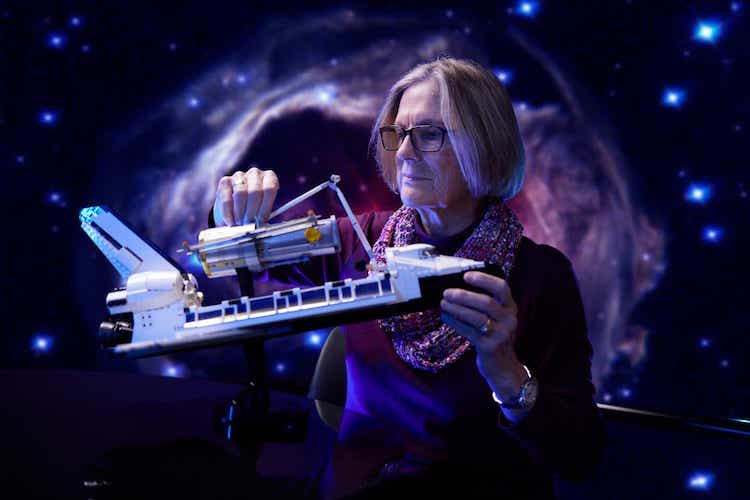 The replica contains a staggering 2,354 pieces. 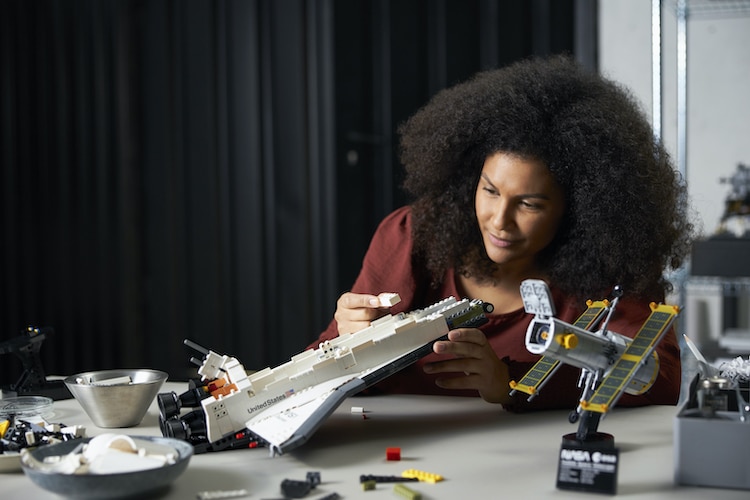 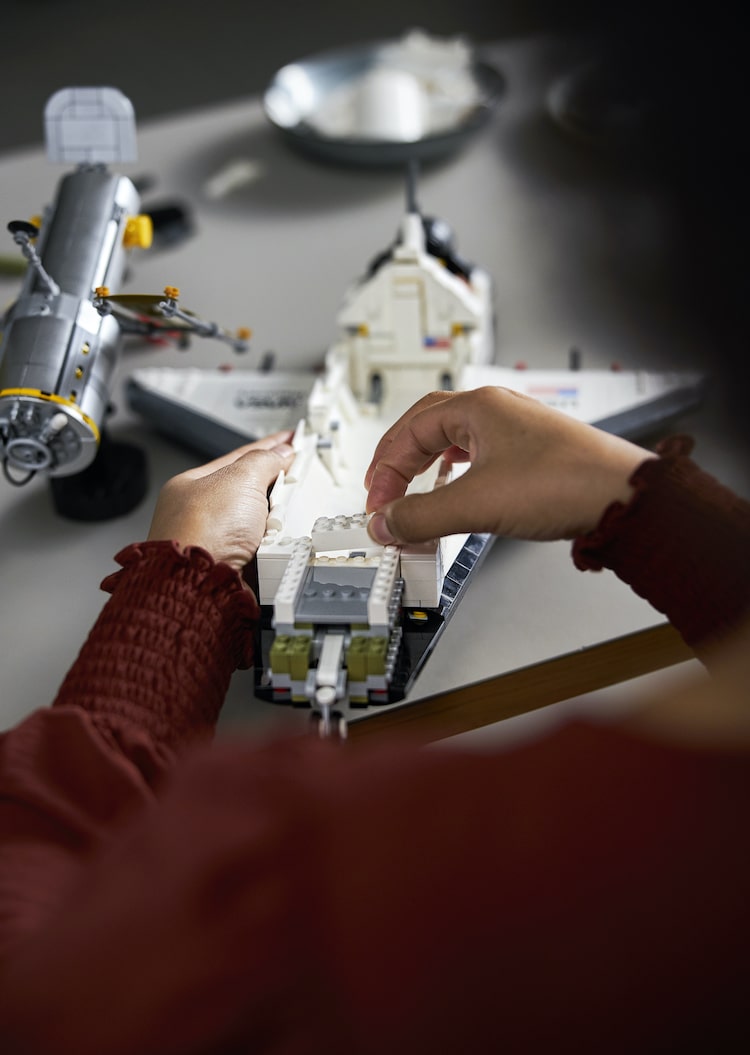 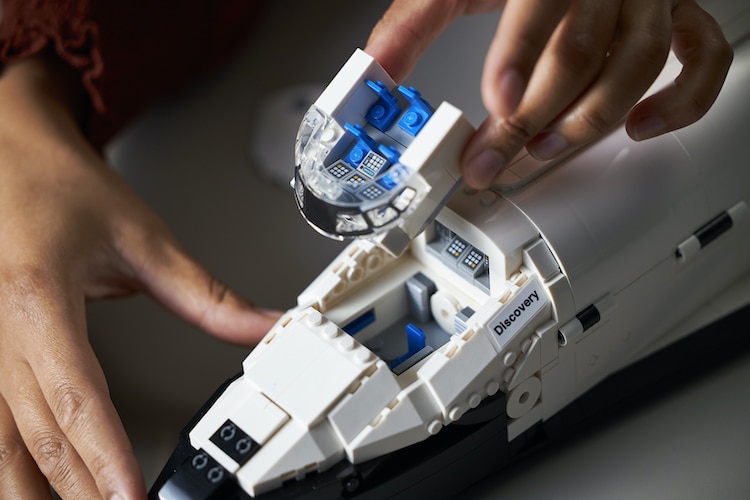 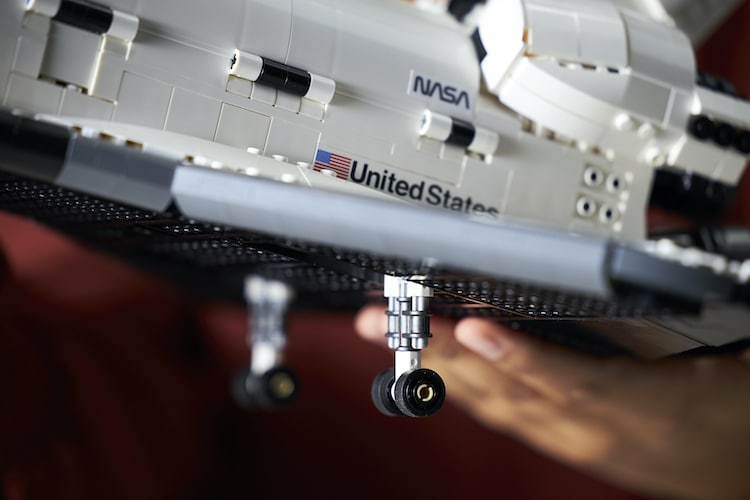 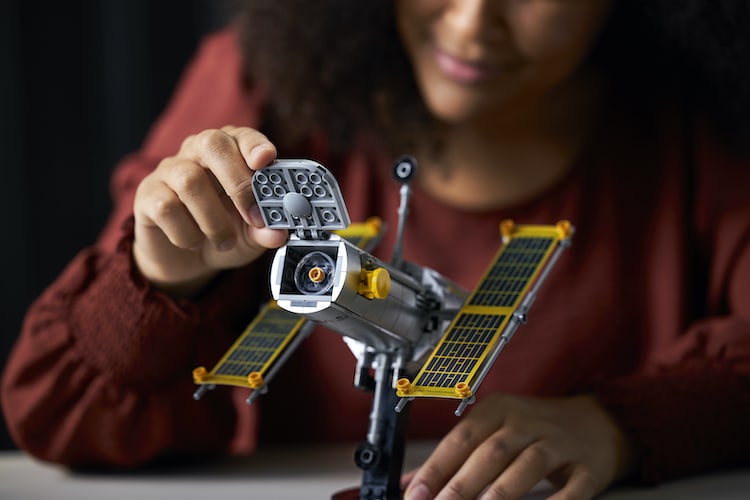 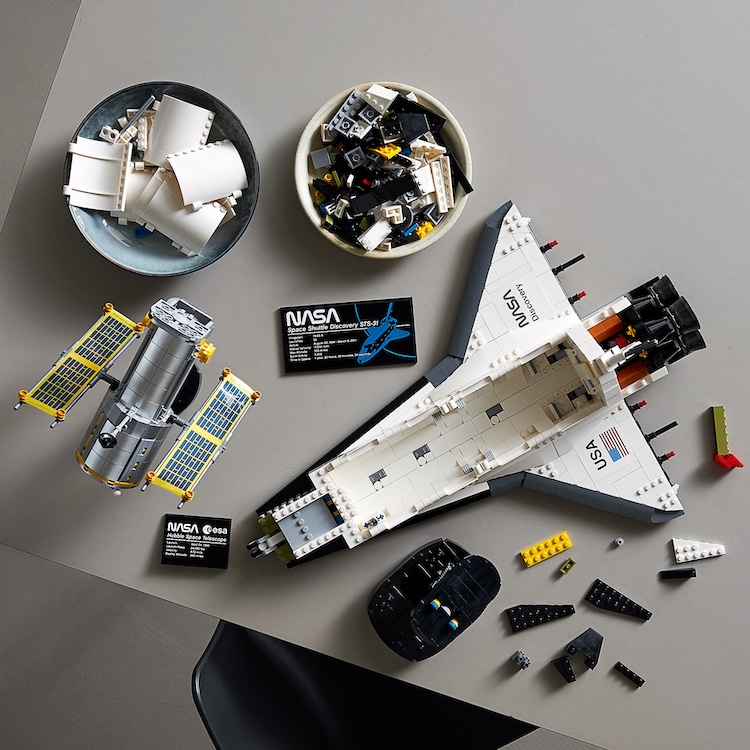 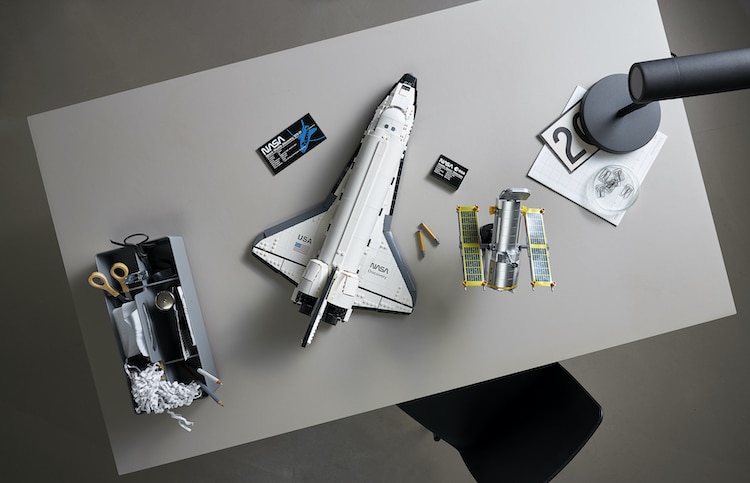 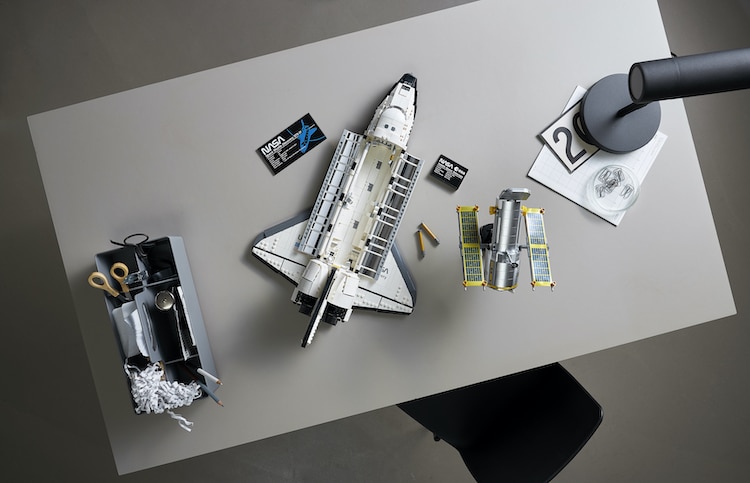 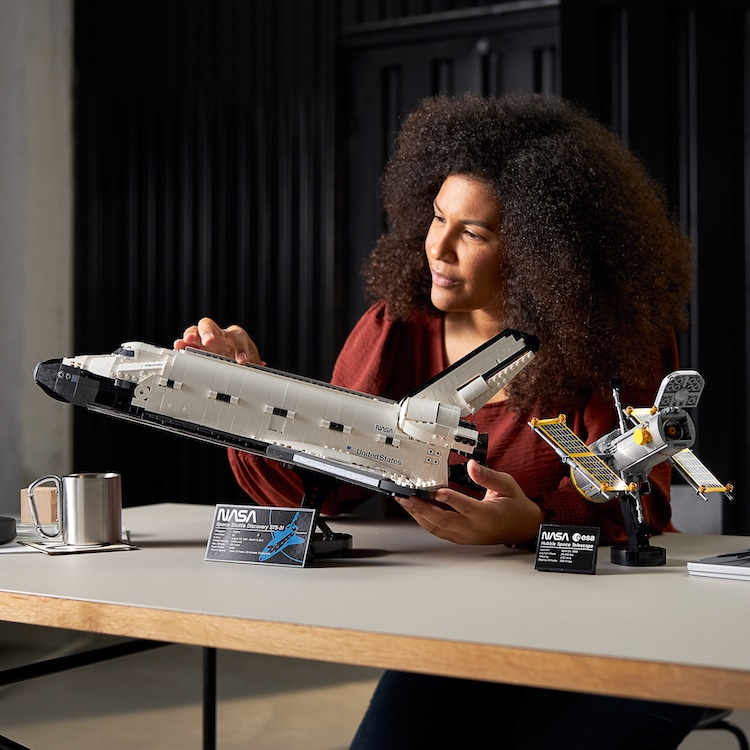 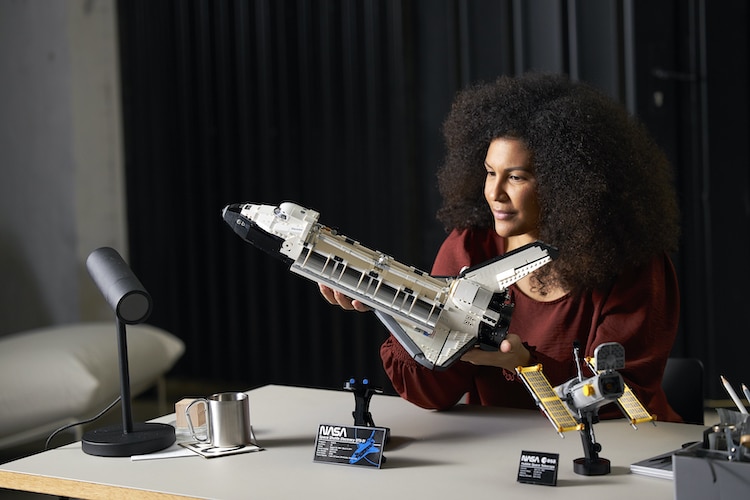 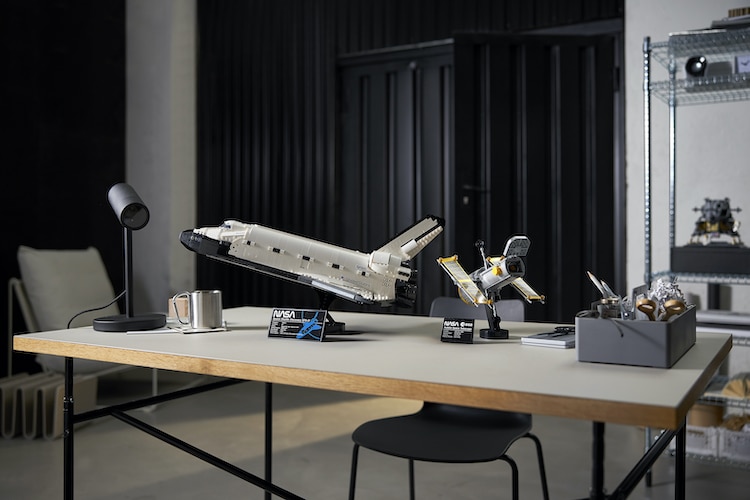 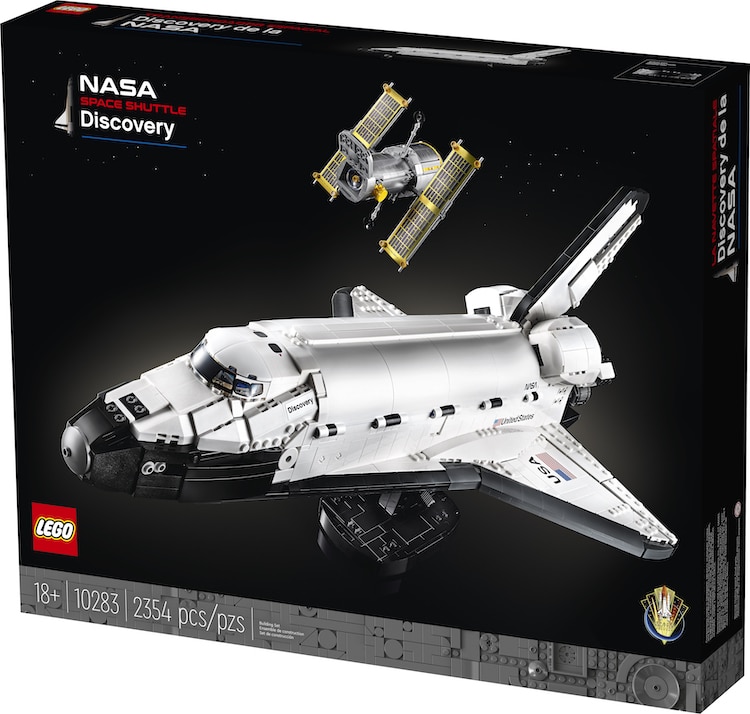