Letters to this New World, the FT’s new campaign as we emerge from the pandemic 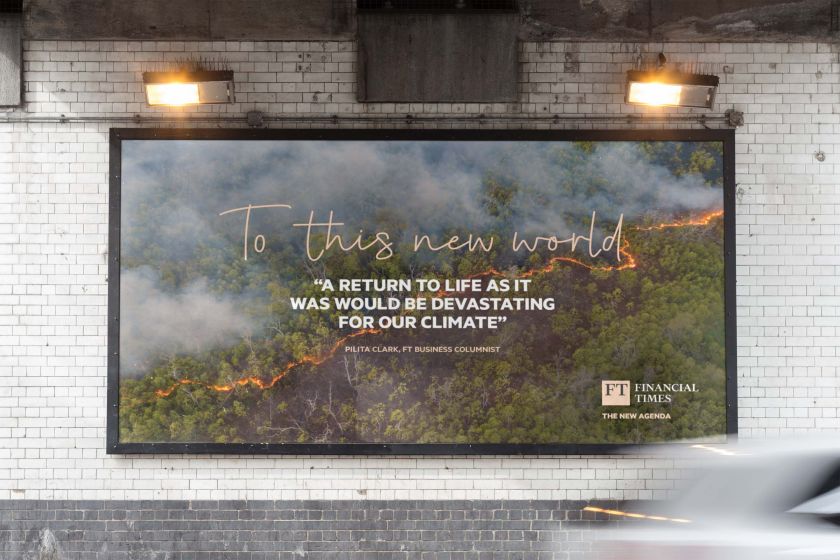 The Financial Times has today launched a new brand campaign, titled ‘Letters to this New World’, developed with . It calls for public reflection on life before and after the pandemic and hopes to give a voice to the lessons learned.

The fresh campaign is part of the evolution of the FT’s ‘New Agenda’ brand platform, which promotes the newspaper as the “leading destination for analysis and leadership on the most important global trends and themes”. Content-led, the ad features a series of hard-hitting open letters addressing serious themes like climate change, the world of work, digital finance and global inequality. FT journalists including Martin Wolf, Gillian Tett, Pilita Clarke, John Burn-Murdoch, Sarah O’Connor and Paul Murphy have all contributed.

Interestingly, all FT employees were invited to contribute to the campaign while members of the public will also be invited to submit their own letters, with the strongest contributions to be featured in future advertisements. “The pandemic has given everyone pause to reflect on what matters in life and how we could organise ourselves differently in future,” says Finola McDonnell from the FT. “We wanted to capture some of those reflections and put them out there for business leaders and those in positions of power to think about and act upon. We are at an inflection point, and the FT is positioned to encourage and lead a debate about what comes next.”

George Bryant from The Brooklyn Brothers, who helped develop the campaign, adds: “The global pandemic has wrought change and demanded evolution – economically and socially – on a scale that no one could imagine. Letters to this New World is a global platform for FT and its community of leaders to share ambitions and collectively write a new agenda.”

‘Letters to this New World’ goes live today and will run throughout autumn, spearheaded by stylistic quotes drawn from the content. Alongside the FT’s own print and online editions, the global brand creative will run on digital, audio, in cinemas and out of home, reaching audiences in the UK, US, and beyond. A 30-second TV ad titled ‘The Speech’ will also air in the UK, US and Germany.

The campaign comes after a record 2020 for the Financial Times when readership and subscriptions saw a surge as the pandemic took hold globally. Today, the FT has a global print and digital circulation of 1.1m and reaches 26 million readers every month.