London-based illustrator uses her background as a motion designer to create bold and stylised illustrations of everyday scenes and enigmatic characters.

And as the co-founder of multi-platform community , she’s creating a safe space for underrepresented people looking to progress into senior creative positions.

Originally from the north of Sweden, Linn studied Motion Graphics at creative business school . After realising how snowy her homeland was too cold for her tastes, she uprooted and moved to London, and thanks to her work, she can work with talented clients and colleagues from across the globe.

As her story suggests, though, becoming an independent illustrator was not something that Linn originally planned on doing. Instead, it was more of a “natural transition” from being a motion designer. Having been pushed in the right direction during an internship at , the exciting world of illustration and art direction was opened up before her and turned her doubts into curiosity. 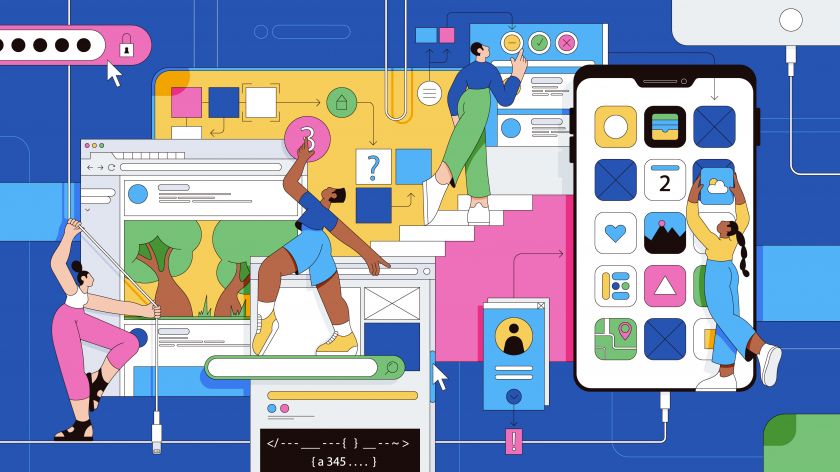 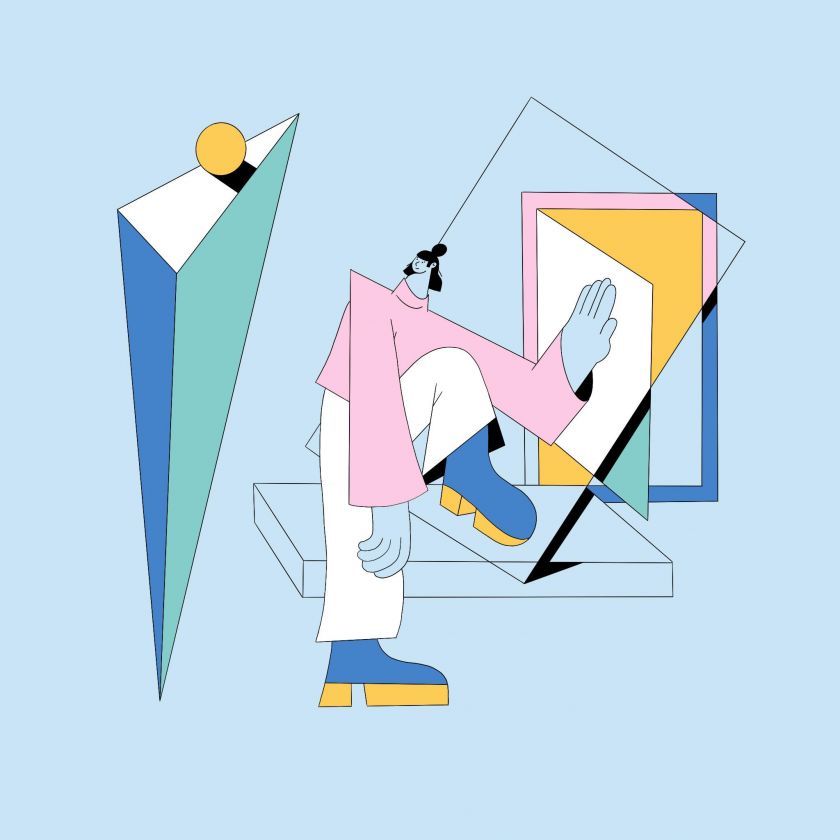 “It’s not always been this clear and a big dream of mine, but rather something subtle that’s been growing inside me that I didn’t know existed,” Linn tells Creative Boom. “Being an illustrator is all about expressing yourself as honestly as possible, which can be incredibly difficult and daunting as well as wonderful.”

Just like any artist, Linn’s influences are always developing. “Inspiration, like life, is constantly changing.” However, she credits the way Jan Van Der Veken and Ever Meulen inspire her and keep her coming back for more thanks to the immediacy of their work and their interesting compositions. “When I study their imagery, I feel as if they just have a lot of fun and don’t overthink everything, which I would like to get better at.”

We think Linn’s being too hard on herself. Her graphic style is brimming with personality, humour and carefully balanced elements that all add up to make engaging and joyous pieces. “I like to capture the moments of life through the beauty of the everyday, using colour, shape, line and playfulness,” she reveals. 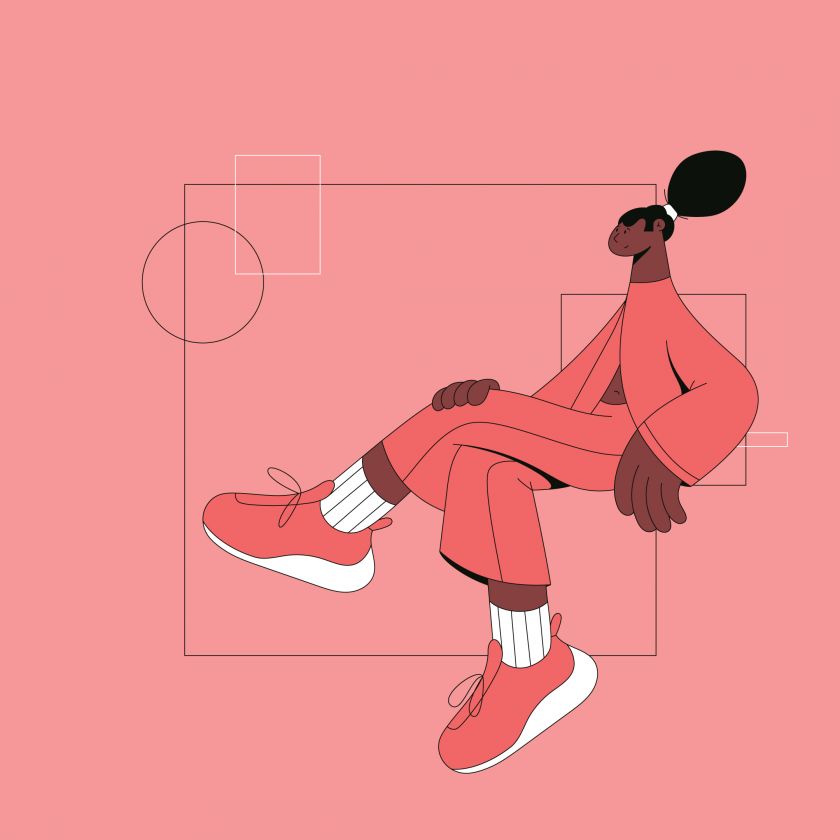 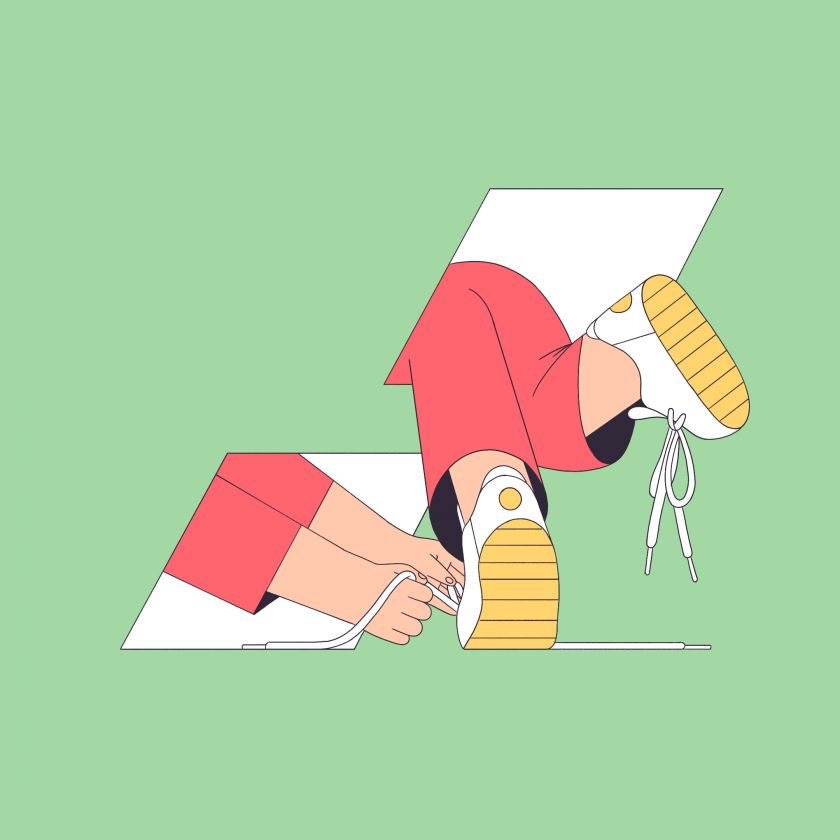 As well as her incredible illustration work, Linn is also the co-found of Panimation. The community provides support and a safe space for women, trans and non-binary people looking to progress their careers.

Created after Linn moved to London in 2015 in order to join Cub as a Junior Motion Designer, Panimation grew out of her friendship with Bee Grandinetti and Hedvig Ahlberg. “We all worked as Junior Motion Designers in different animation studios. We wanted to create a safe space where we could talk about our experiences, find support, and, most importantly, find other women in the industry, as we felt like the only ones,” Linn explains.

“In the studios, we worked at, none of the senior creative positions was held by women, and there was a lack of role models and representation, which made it difficult to see yourself progressing into that position one day. So instead of just sitting around complaining about this issue, we decided to do something about it.” 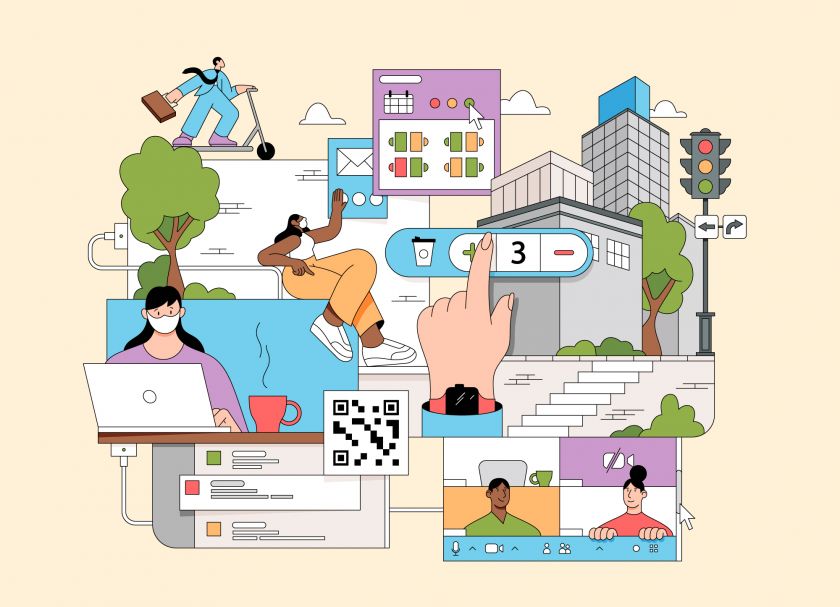 From these humble beginnings, Panimation has grown into self-sufficient platforms across Facebook and Slack. Kind and inspiring, these places are a way for like-minded people eager to share and learn from one another.

“We have moderators accepting or inviting people into the safe spaces or just checking in with the conversations now and then,” adds Linn. “Our Directory requires a bit more love and is built from scratch by one of the Panimation founders, Bee Grandinetti, and her husband, Murilo Polese.

“Last but not least, there are our Instagram takeovers, which have been happening every week for over four years now and are carefully selected by the founders or suggested by our members.”

And while the higher positions of the creative industry come with their own challenges, Linn embraces them as a positive. “The thrill and constant anxiety of looking at a blank white screen at the start of a new project, thinking, how am I ever going to develop any ideas? And you always manage to do it. I think that’s what excites me the most.”