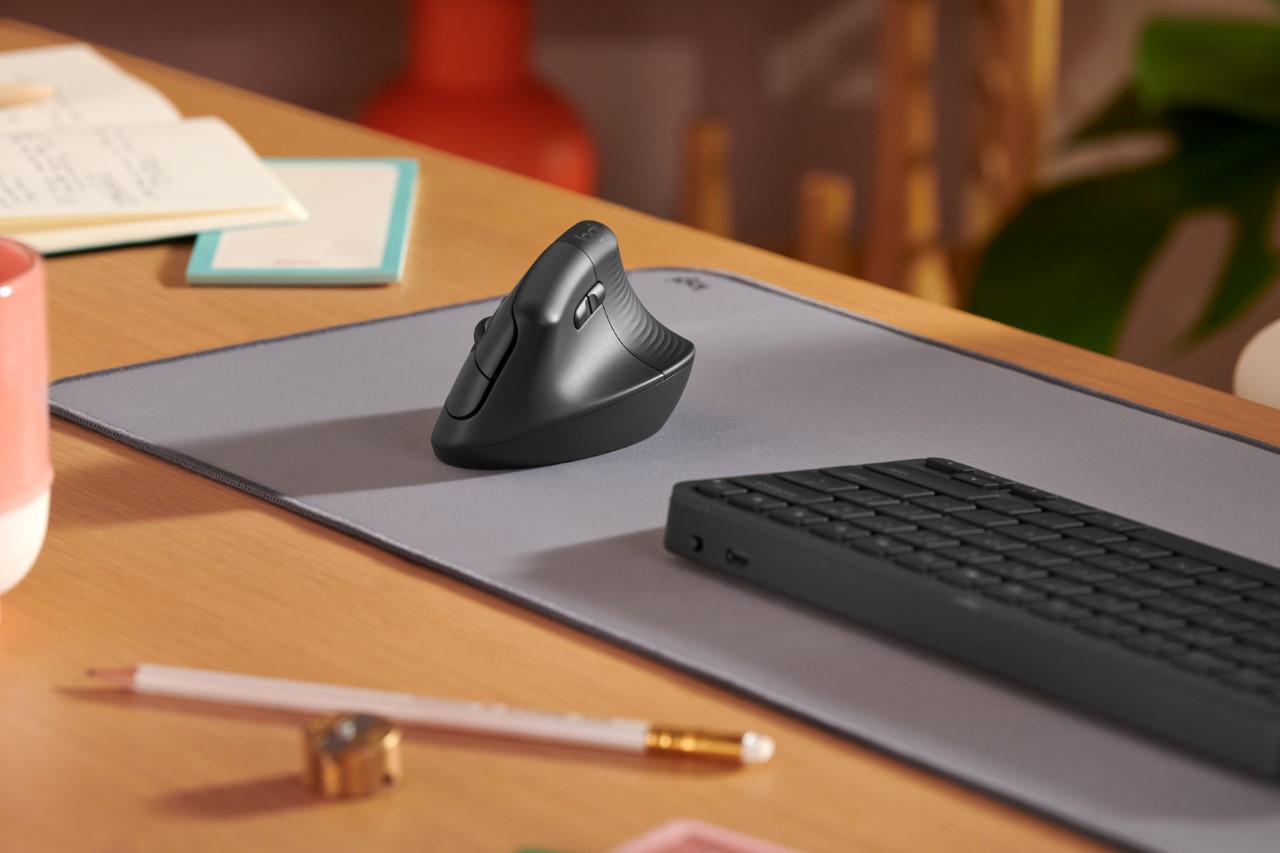 Contrary to popular belief, Working From Home (WFH in short) isn’t easy or comfortable. It involves working for longer hours, and sometimes even over weekends. Logitech’s latest gadget is the perfect addition to everyone’s workplace arsenal. The Logitech Lift Vertical sports an ergonomic design that feels like the spiritual successor to … albeit with a pocket-friendly $69.99 price tag. 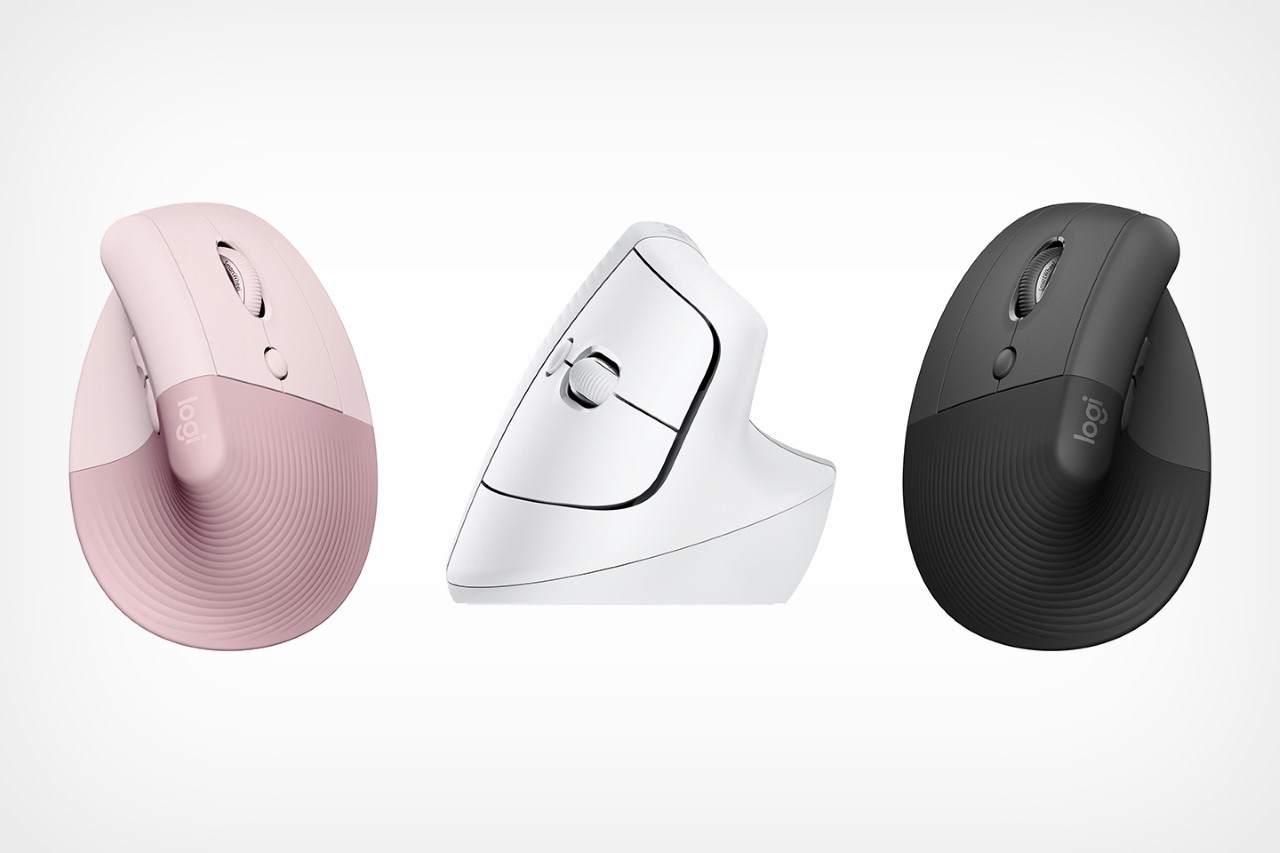 A part of Logitech’s ERGO Series, the Lift Vertical’s design is directly informed by its need to facilitate a comfortable working experience – “Feel better, do better,” mentions Lars Lauridsen from Logitech’s Digital Wellness lab. The Lift Vertical sports a uniquely shaped form, with a  precise 57° tilt that allows your hand to naturally wrap around it. The design’s origins began with the MX Vertical, which was inspired by the ergonomics of a handshake – the Lift Vertical follows its footsteps, with a refined design that’s 22% smaller than the MX Vertical, making it suitable for smaller hands too.

Driven by the need to achieve a ‘zen-like state’ while working, the Logitech Lift Vertical’s grip sports a zen-garden-inspired horizontal rib texture. The texture, Logitech’s design team explains, plays a visual role, in creating a pattern that inherently feels meditative, while also ensuring your hand doesn’t slip while working. The product’s zen-like experience extends to the buttons and scroll wheel too, as the Lift Vertical comes equipped with a new silent magnetic SmartWheel and 5 silent click buttons (left and right-click, two thumb buttons, and a button under the scroll wheel). 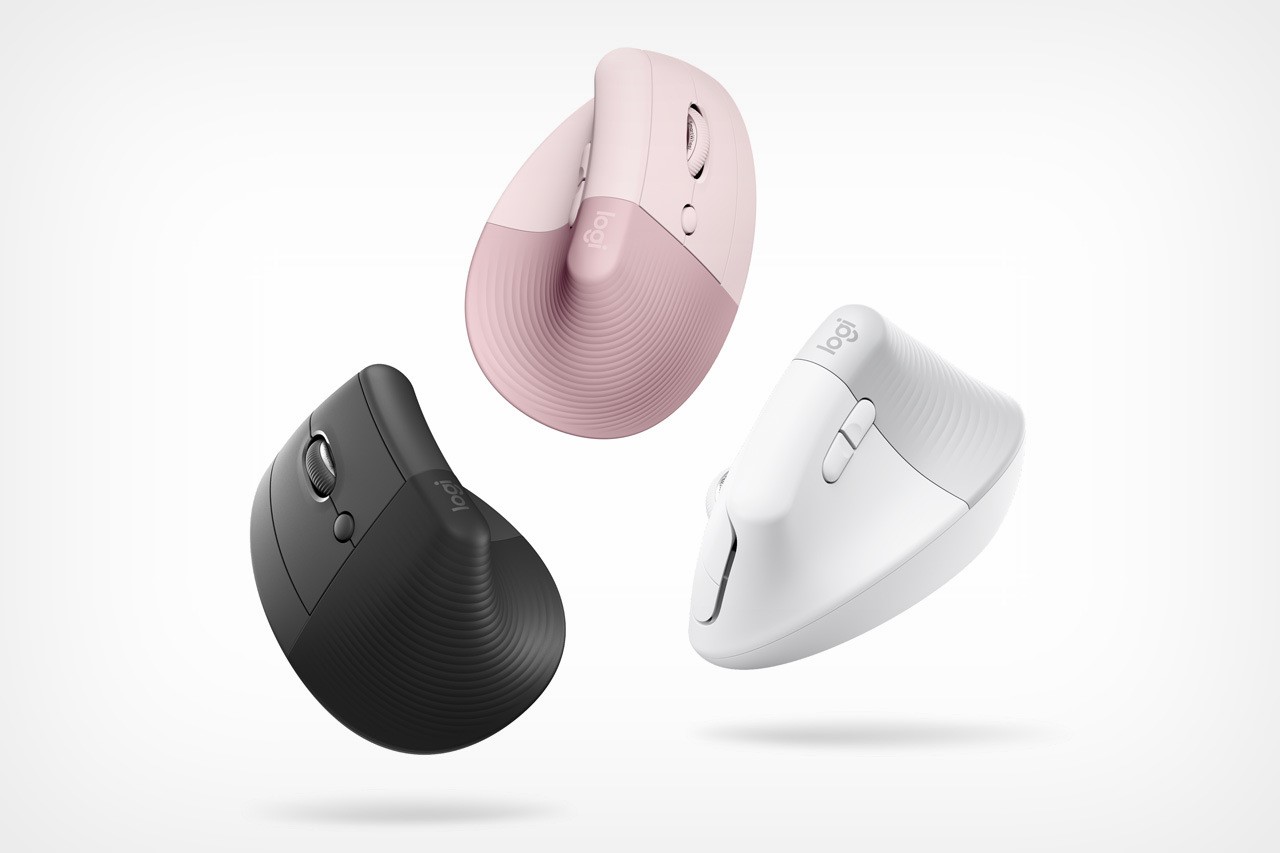 The Logitech Lift Vertical comes in 3 colors (graphite, rose, and off-white) to complement most workspace aesthetics. Portions of the mouse’s body are manufactured from post-consumer recycled plastic, mentions Logitech – with the graphite variant using as much as 70% recycled plastic, while the off-white and rose use up to 54% recycled plastic. The newly unveiled mouse also comes in both left and right-hand varieties, a feature that was missing in the MX Vertical. 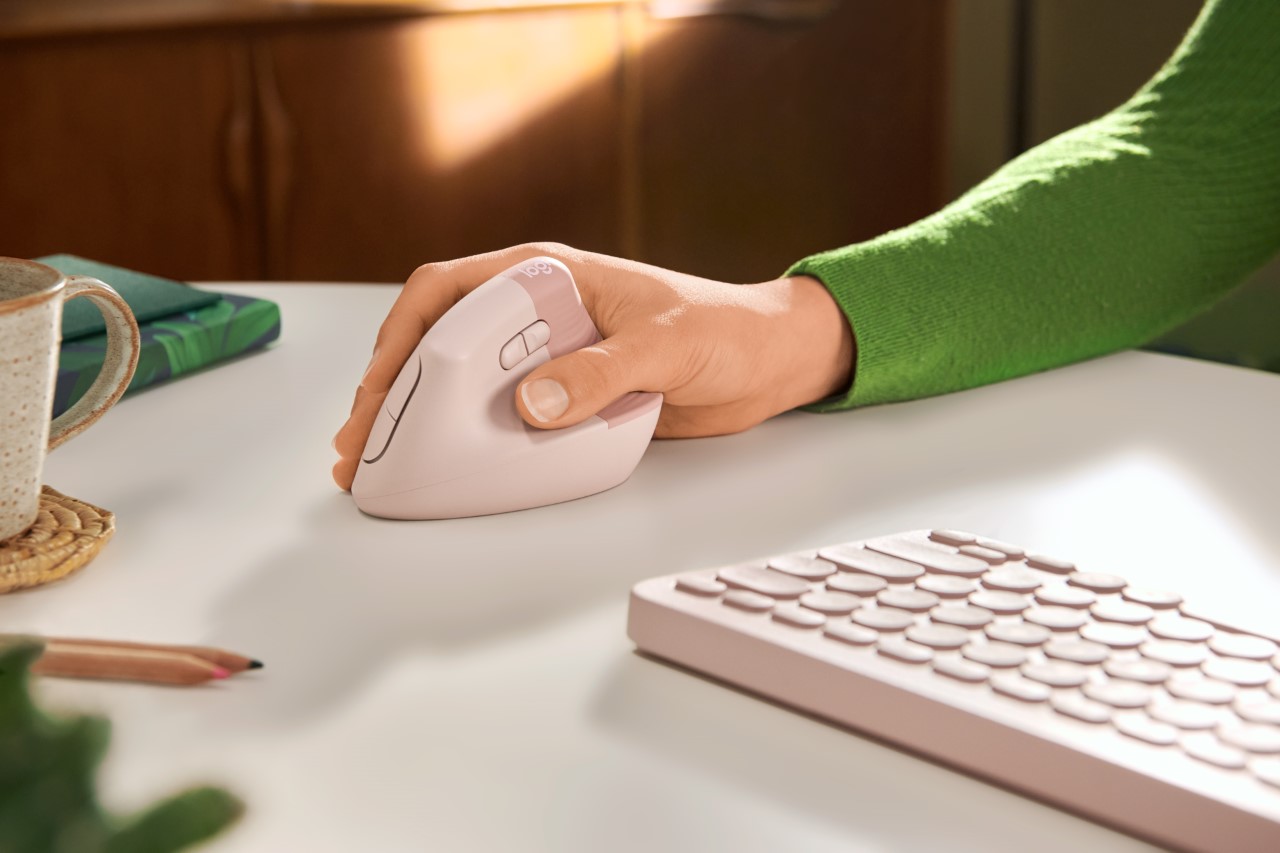 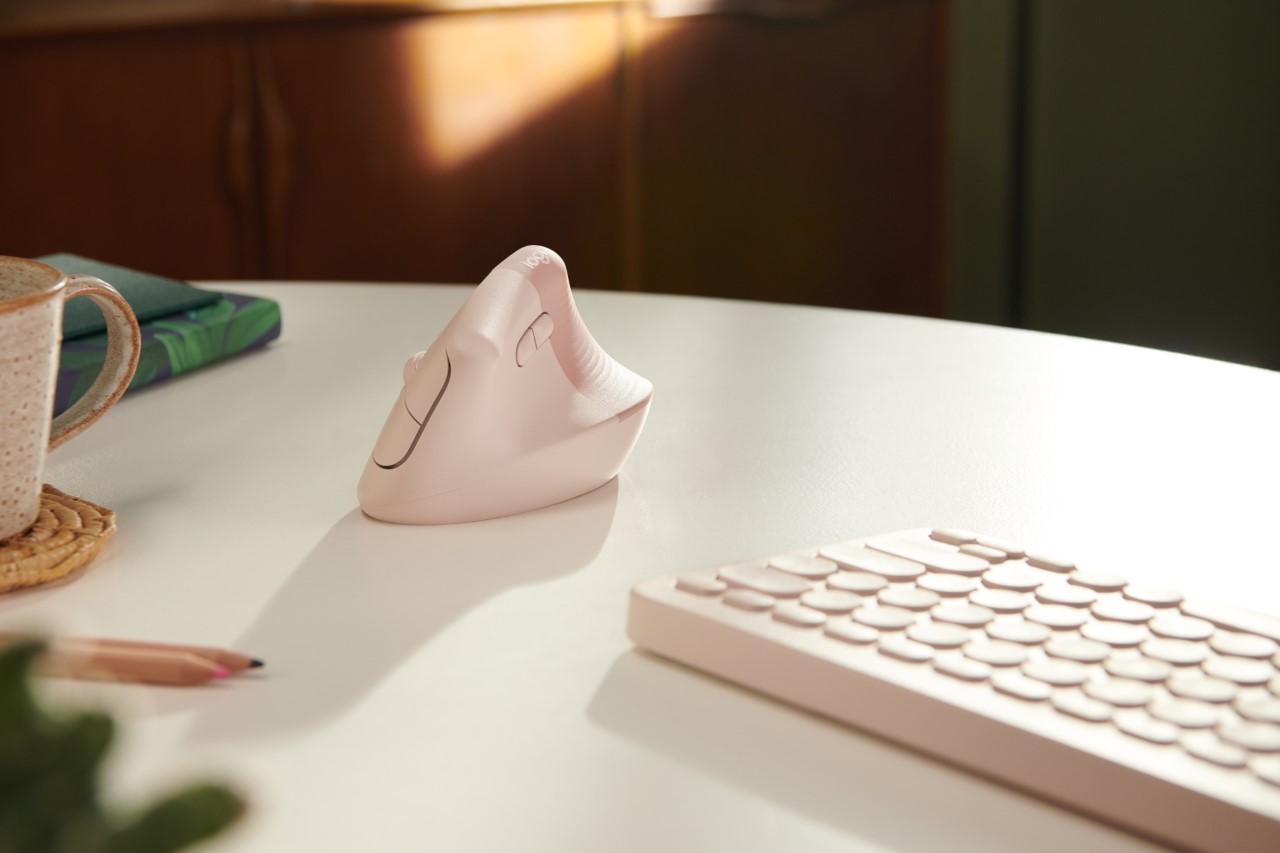 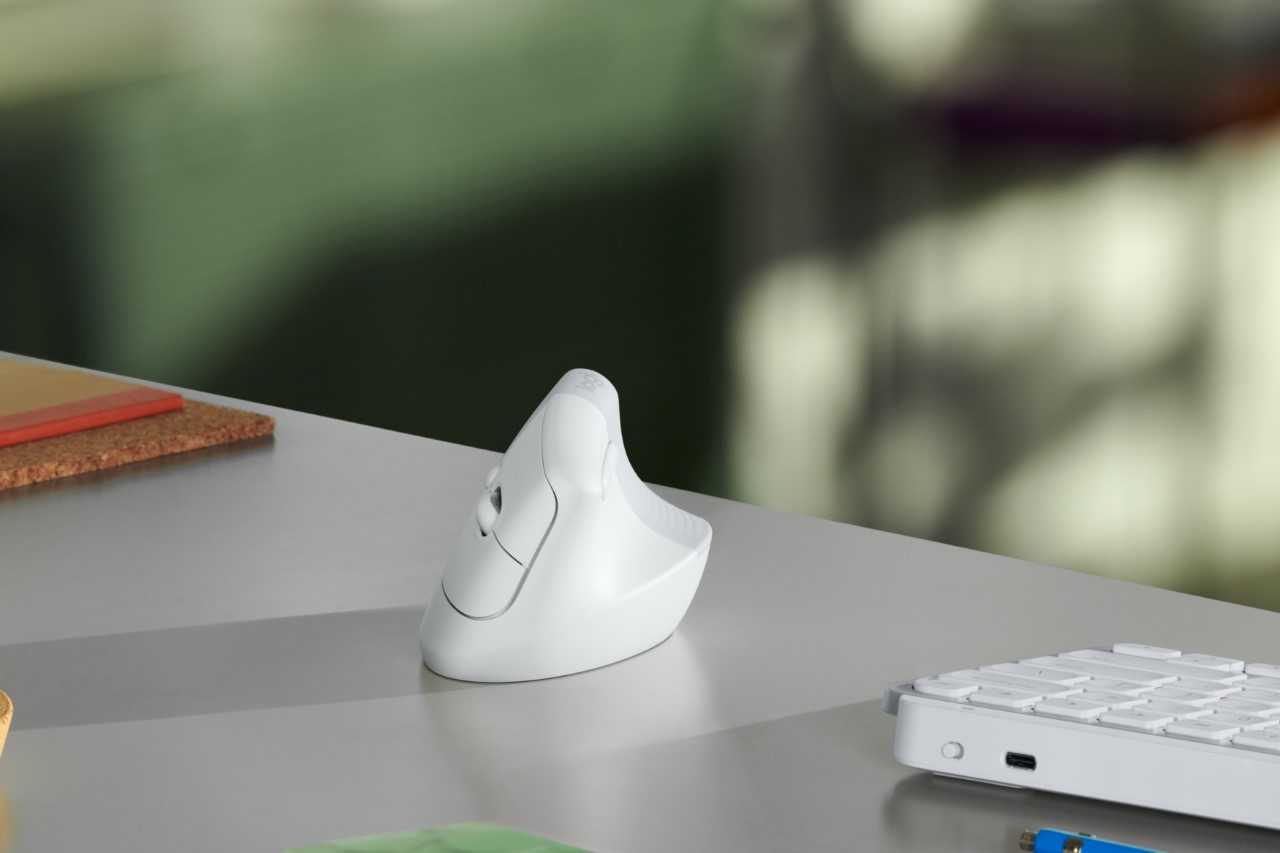 The Lift Vertical is priced at $69.99, putting it squarely in the consumer category. The ergonomic mouse runs on a single AA battery, delivering a stunning 2 years’ worth of use on a full charge. It can connect with up to 3 devices via Bluetooth or the Logi Bolt USB receiver, letting you toggle through devices simply by sliding the cursor off one screen and onto the next. The ergonomic mouse also comes equipped with support for Logitech’s Logi Options+ software, letting you configure your mouse’s features and assign shortcuts to its buttons. The Lift Vertical is available on Logitech’s website and starts shipping this April 2022. 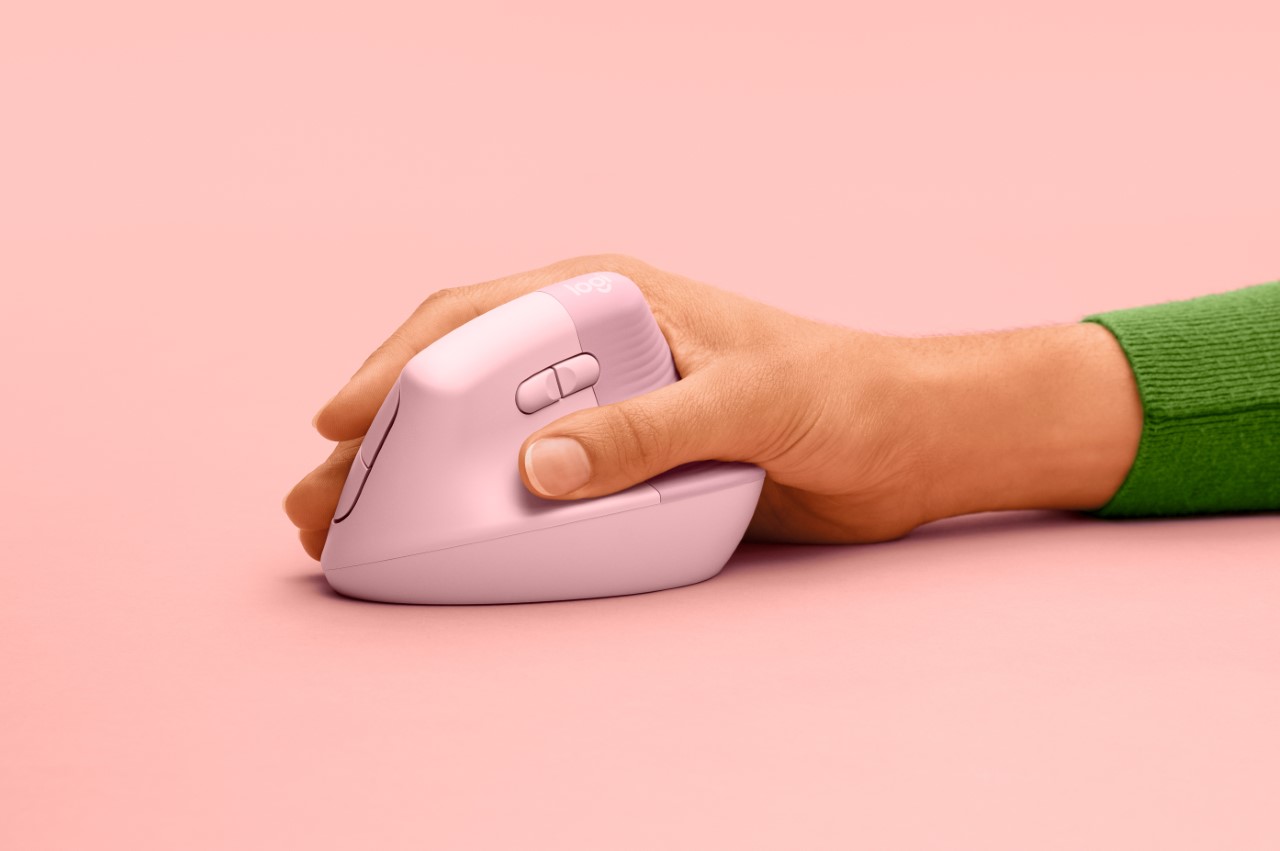