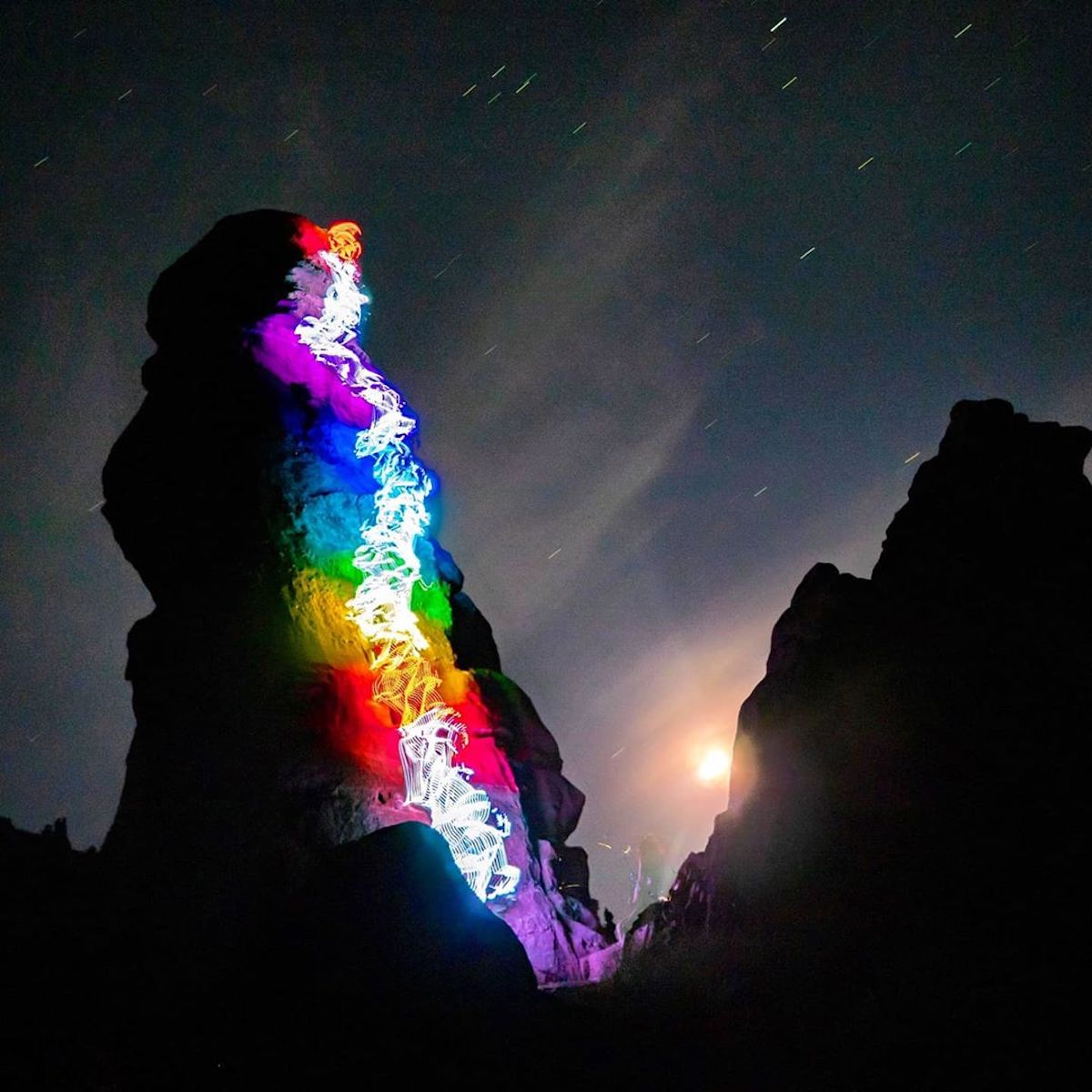 Luke Rasmussen, aka , creates rainbows that illuminate the desert at night. With his incredible long-exposure photography and rock climbing skills, he produces trails of colors that span the height of tall formations. Rasmussen does this by strapping LED lights to his body and then leaving the shutter on his camera open. He then quickly works his way up and down the chosen rock. “I have to climb as fast as possible to get the right ‘flowy’ look that I’m going for,” Rasmussen . The resulting effect looks like a ball of energy is vibrating in short bursts across the landscape.

, he has continued to climb and has traveled beyond his home in Nevada in order to capture some amazing long-exposure shots. He most recently worked with the camera brand Lumix for a spectacular picture of the Fisher Towers near Moab, Utah. “In order to get it, I used the Lumix’s Live View Composition mode which takes a series of exposures and builds them together in-camera to produce one final image,” . “This removes much of the guesswork that usually goes into adjusting the settings for long-exposure images. And, on this particular night, I was very happy to have that guesswork removed. It turns out that even at midnight it is quite hot in the desert in August. And that it gets even hotter when you put on a sweatshirt with a bunch of super bright lights.”

Scroll down for more of Rasmussen’s latest photos, and be sure to check out our where he sheds even more light on how he creates his work. 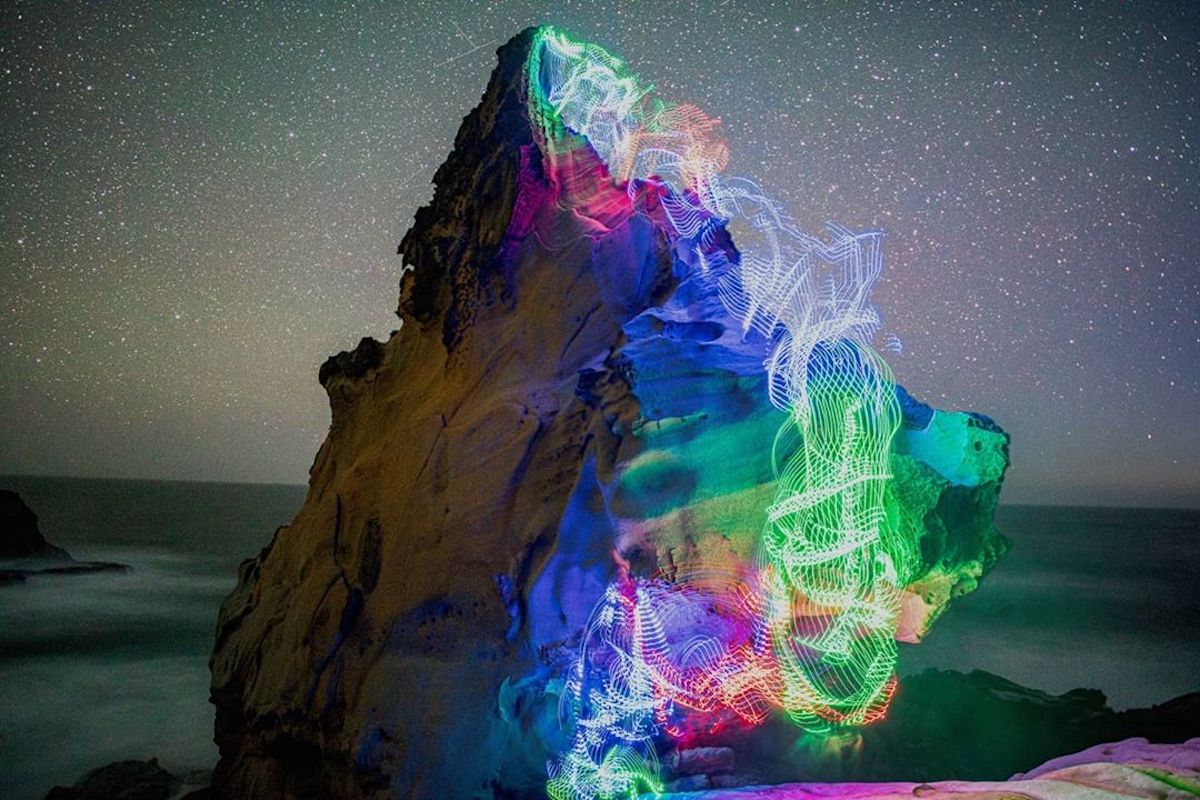 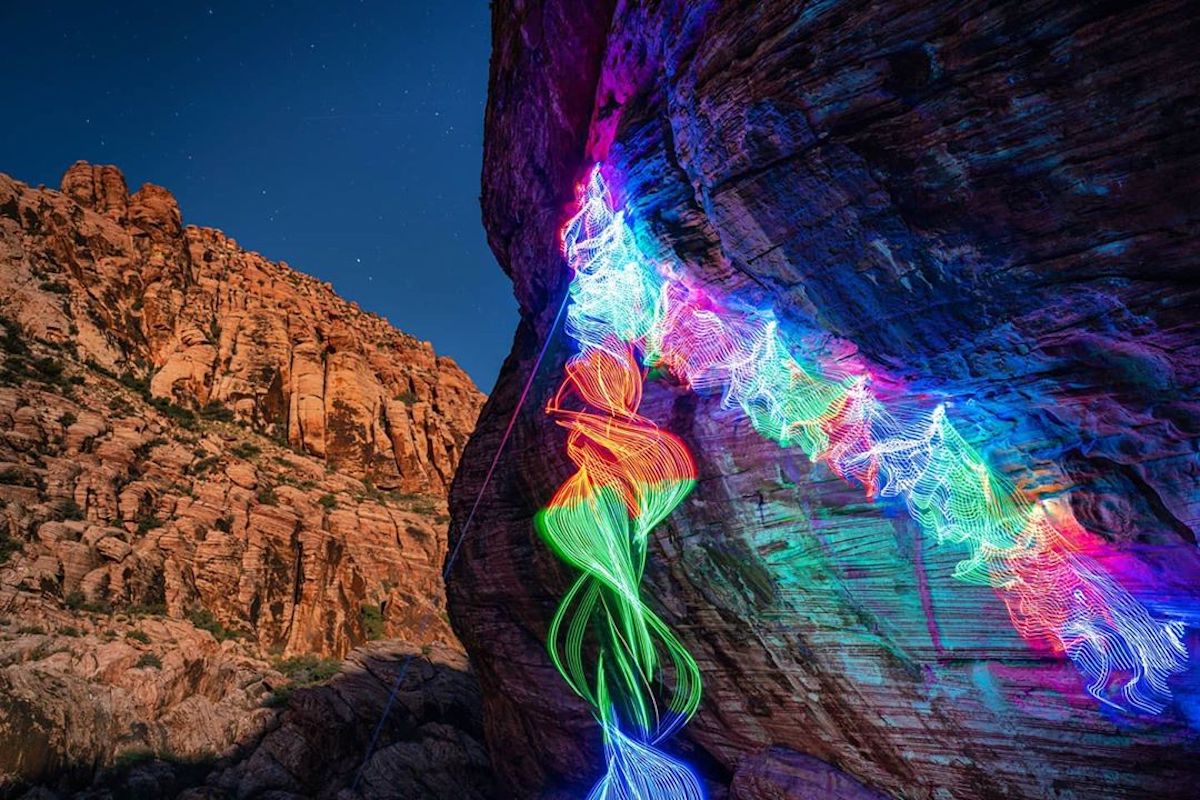 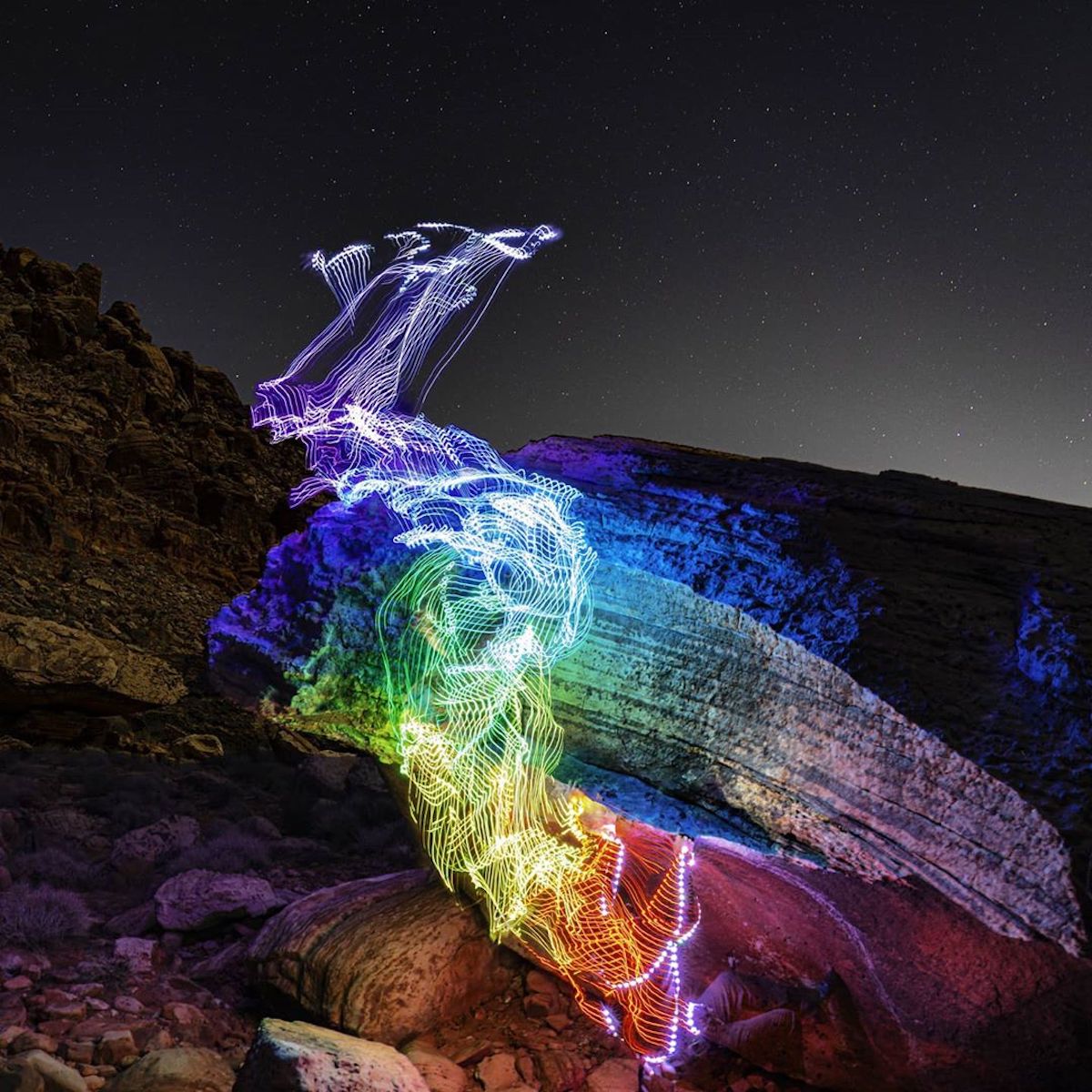 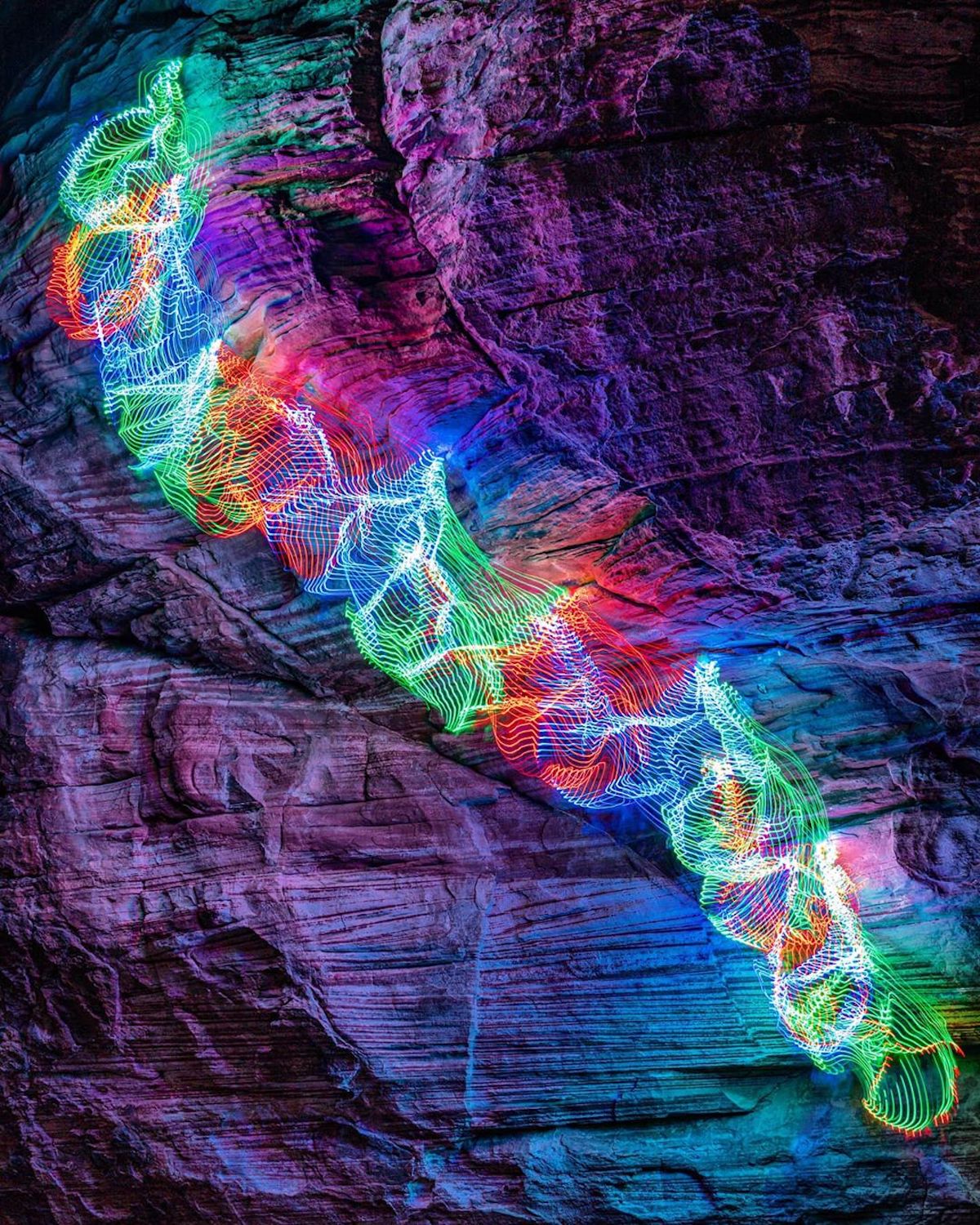 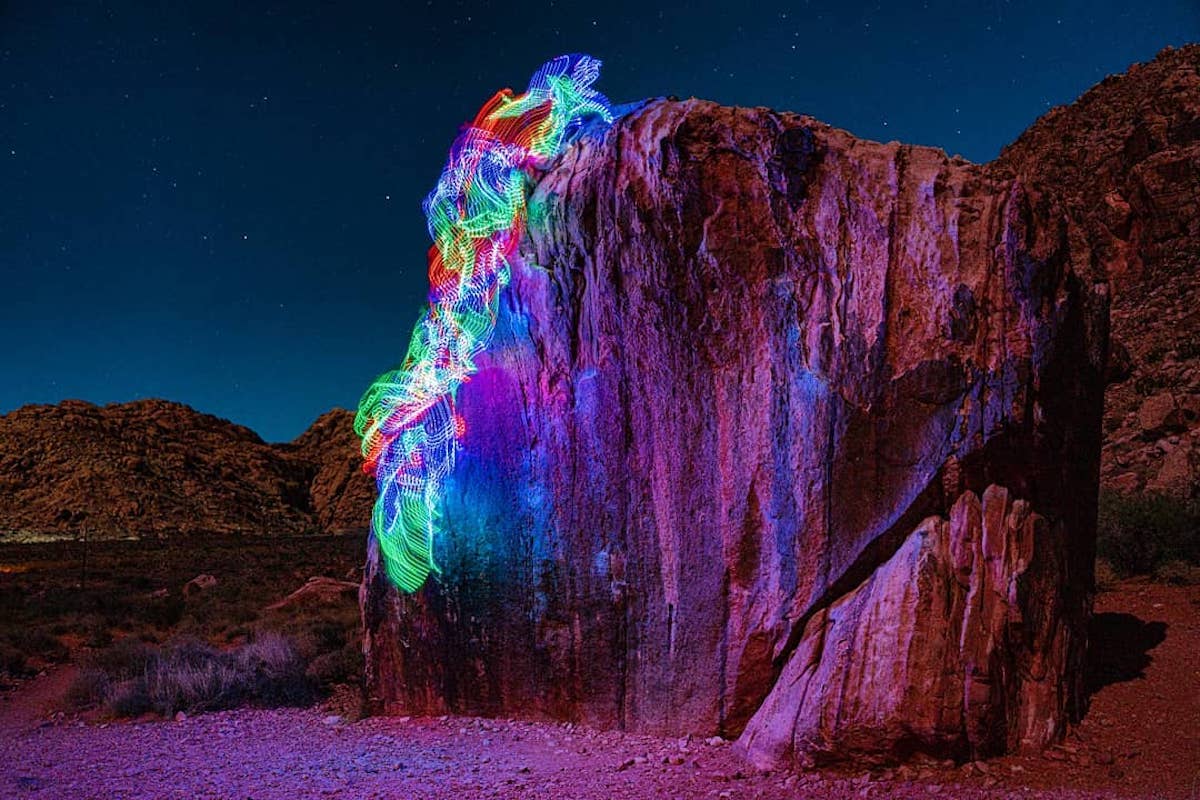 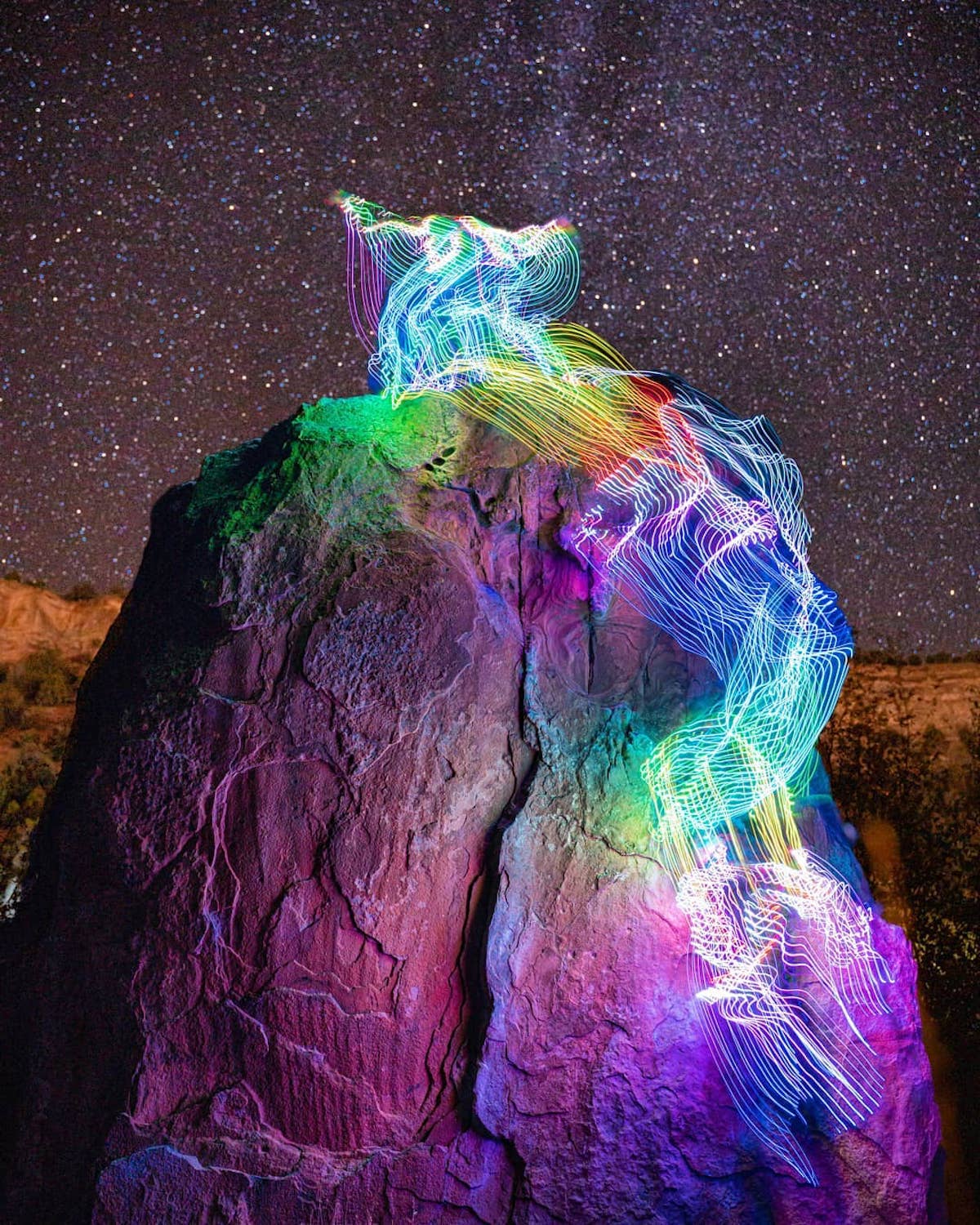 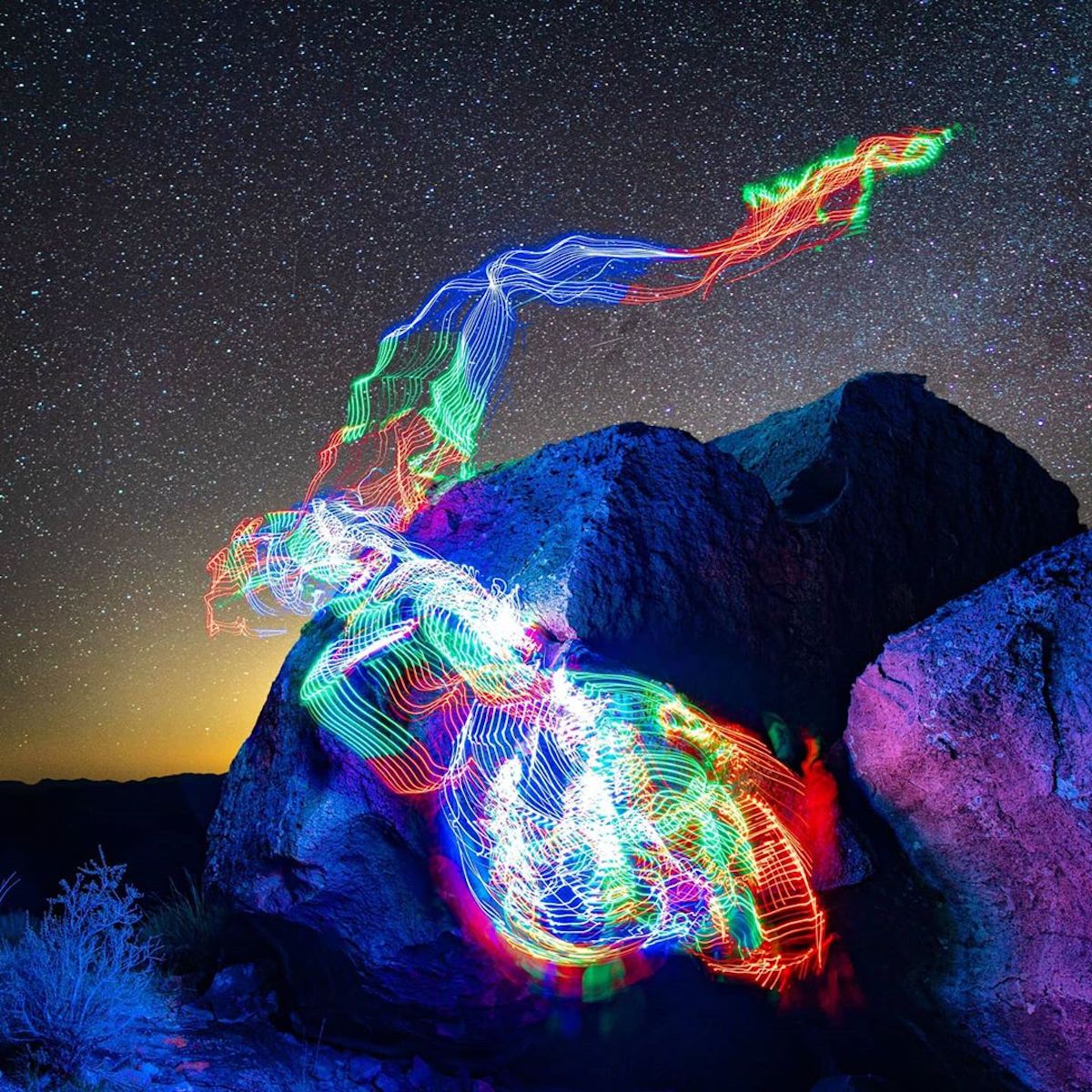 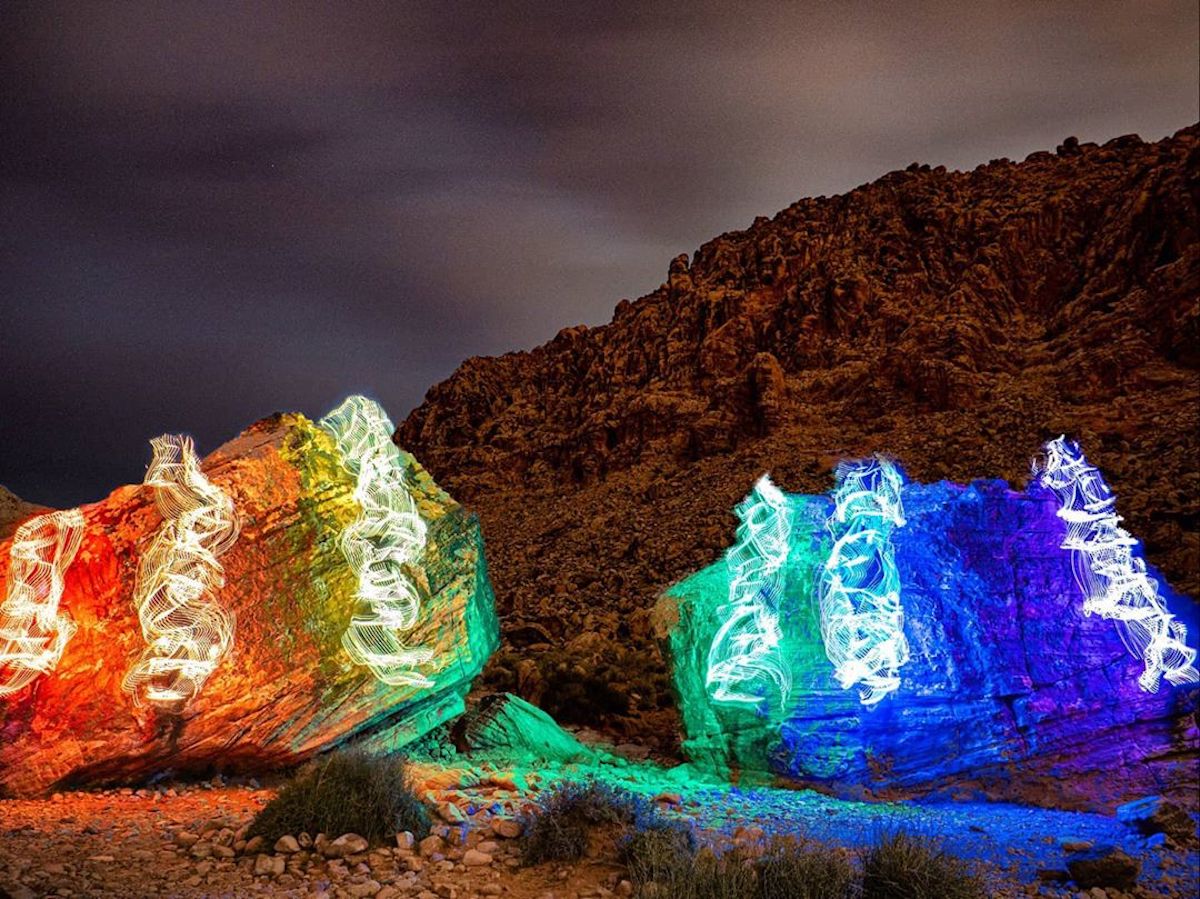 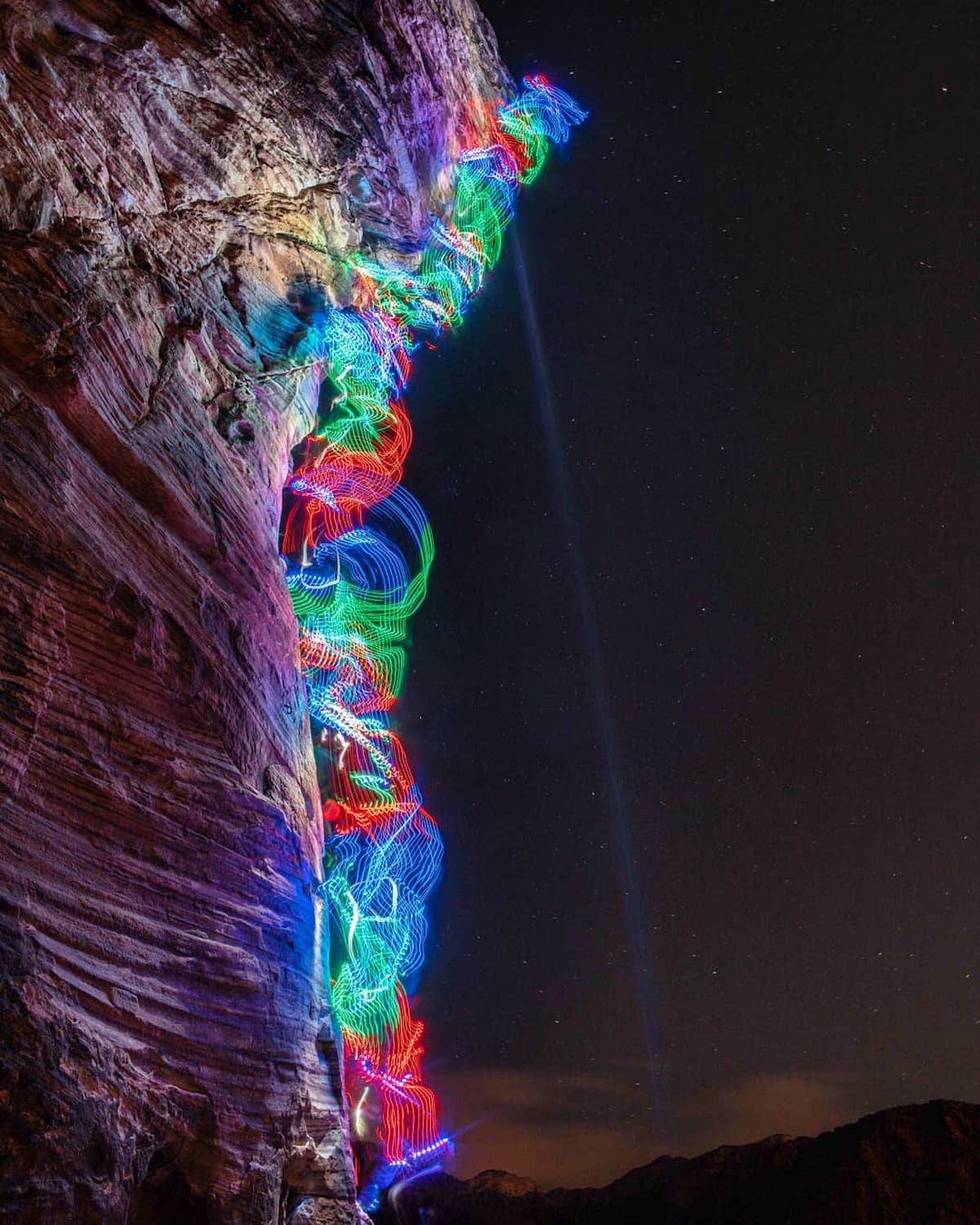 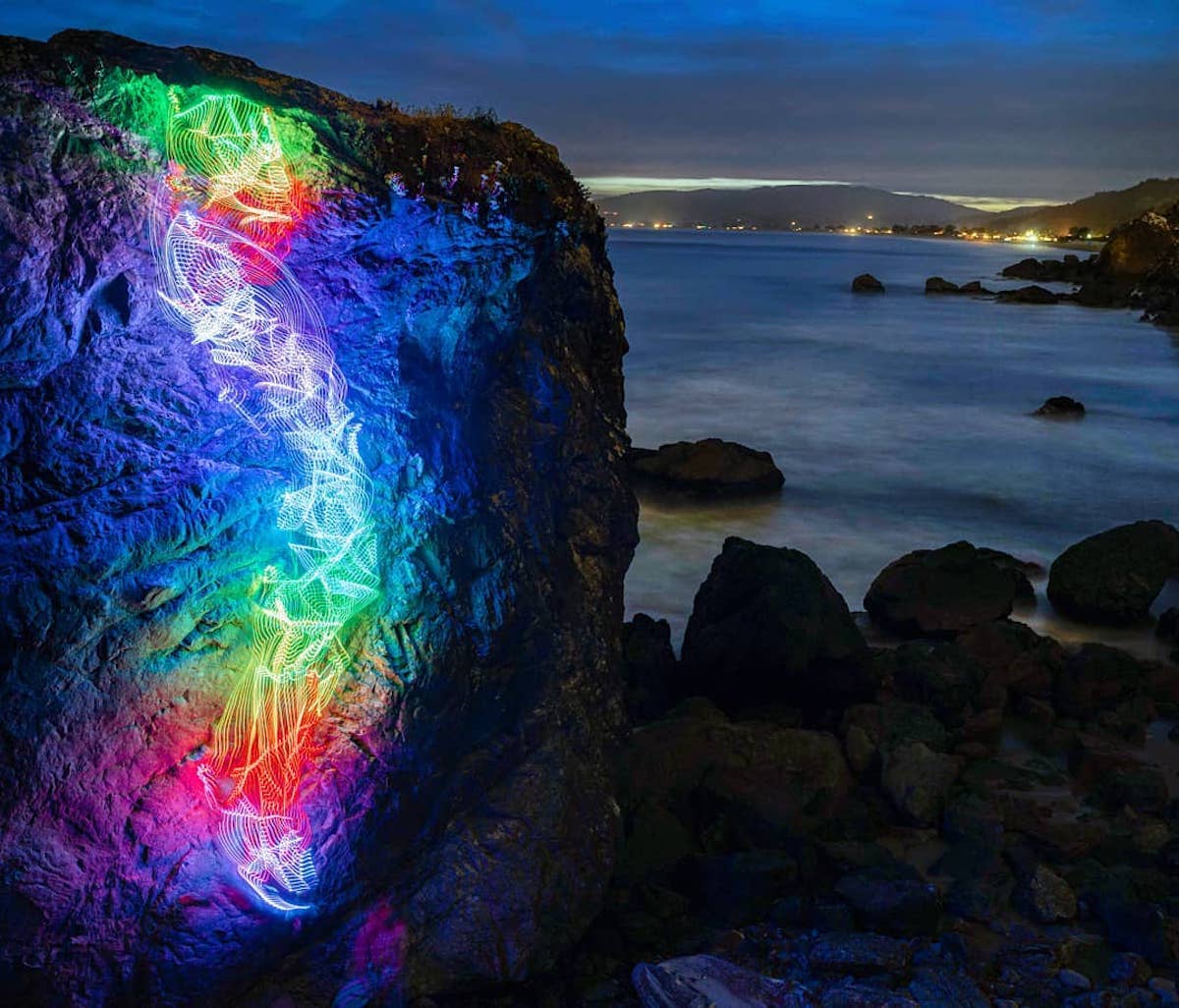 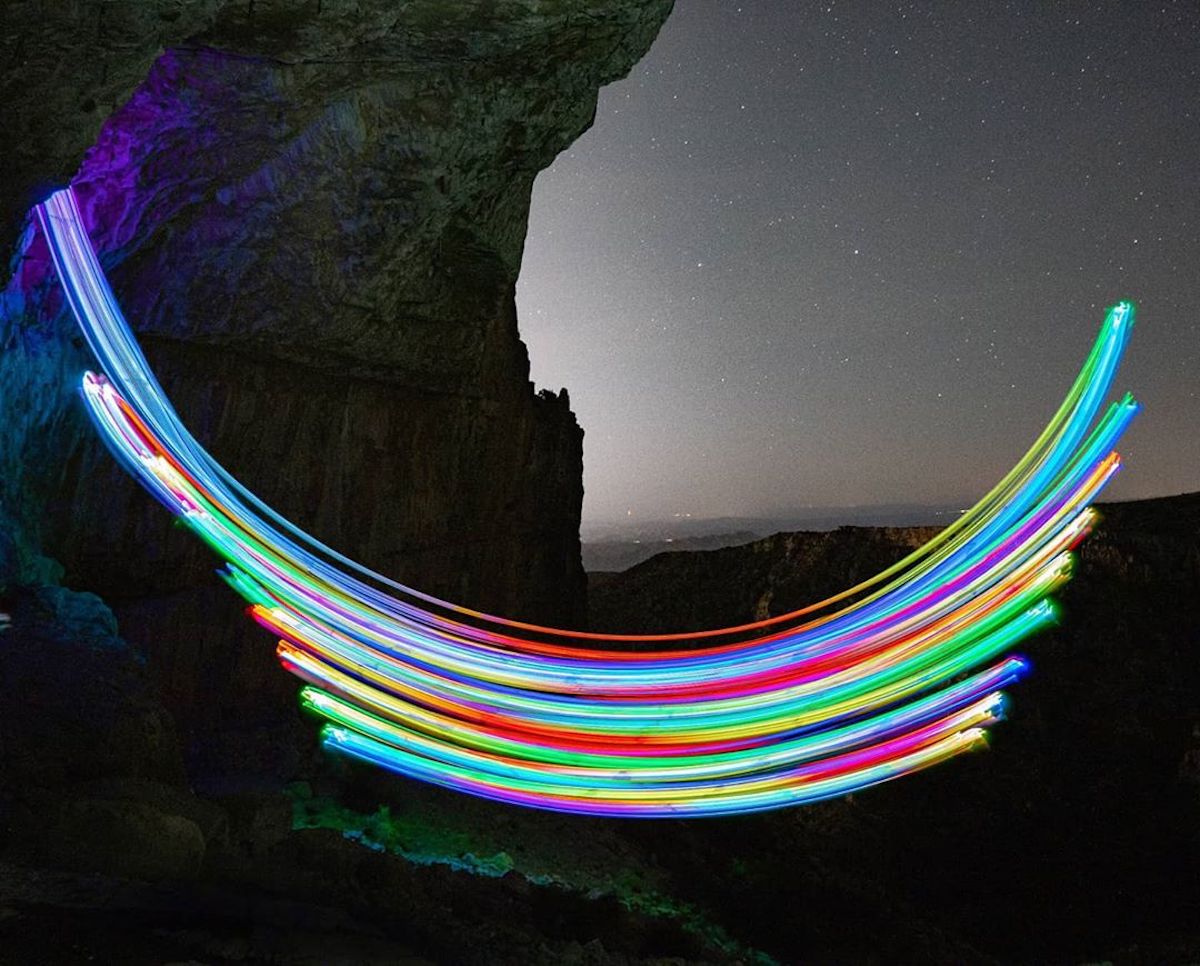