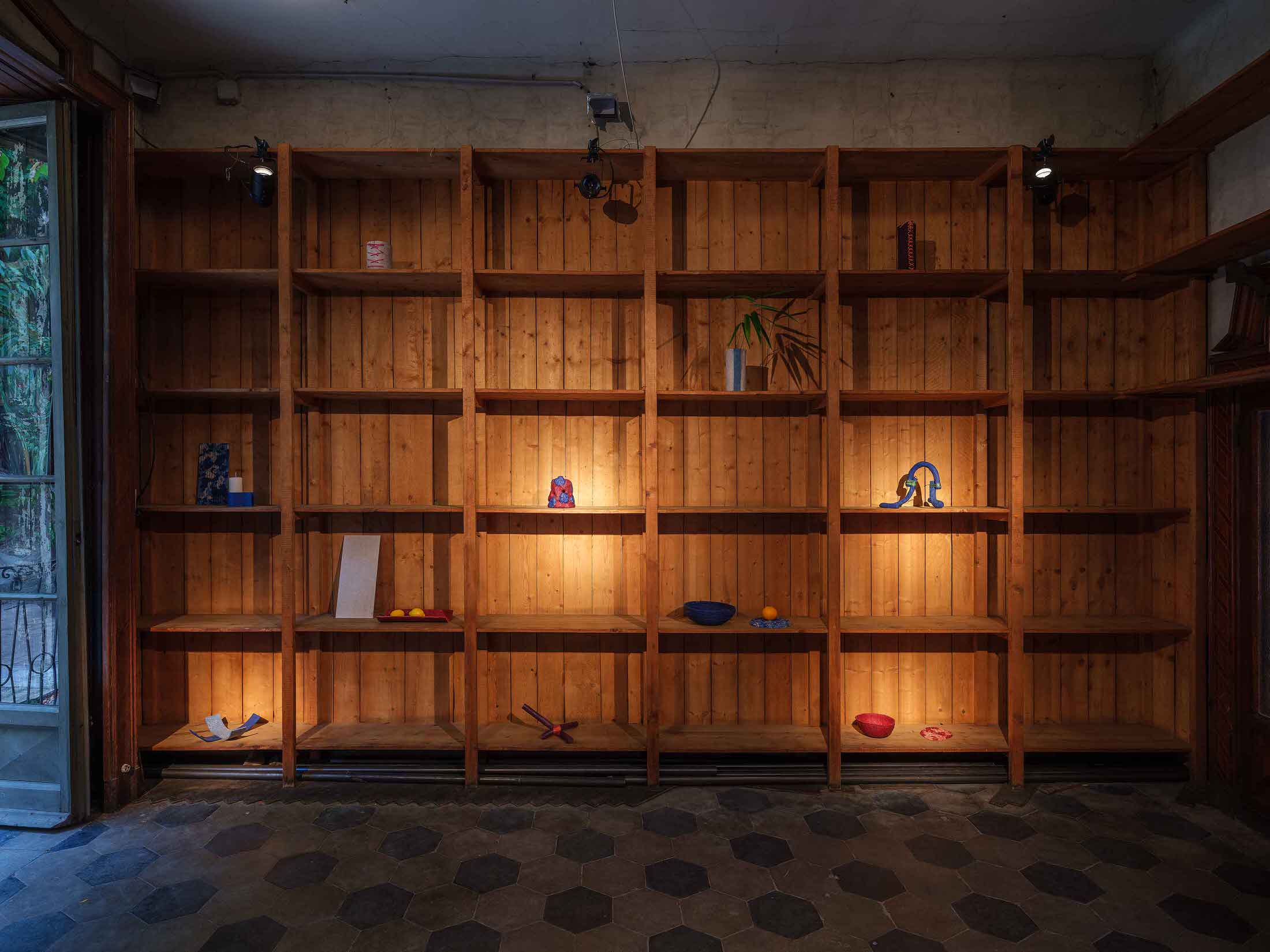 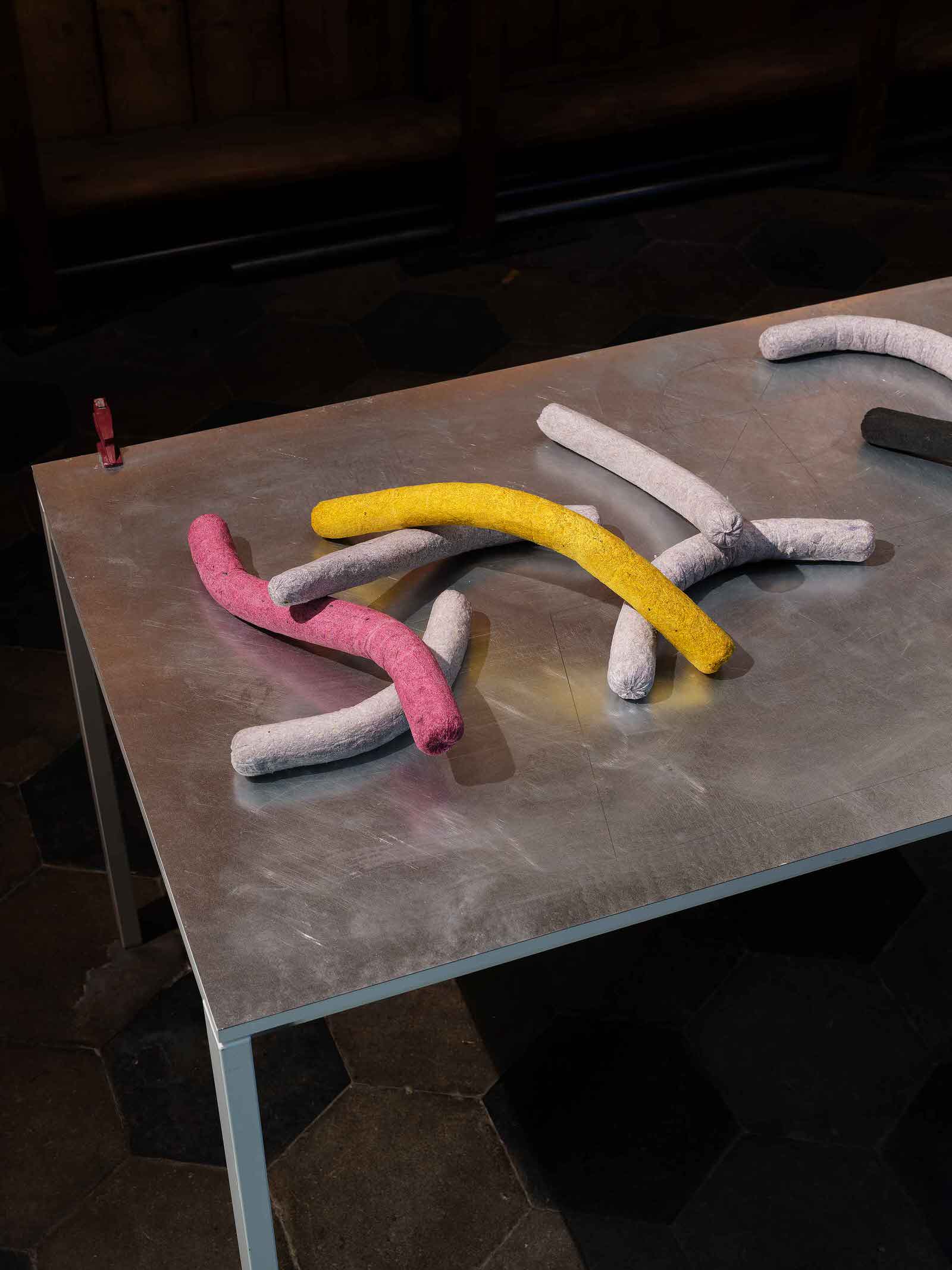 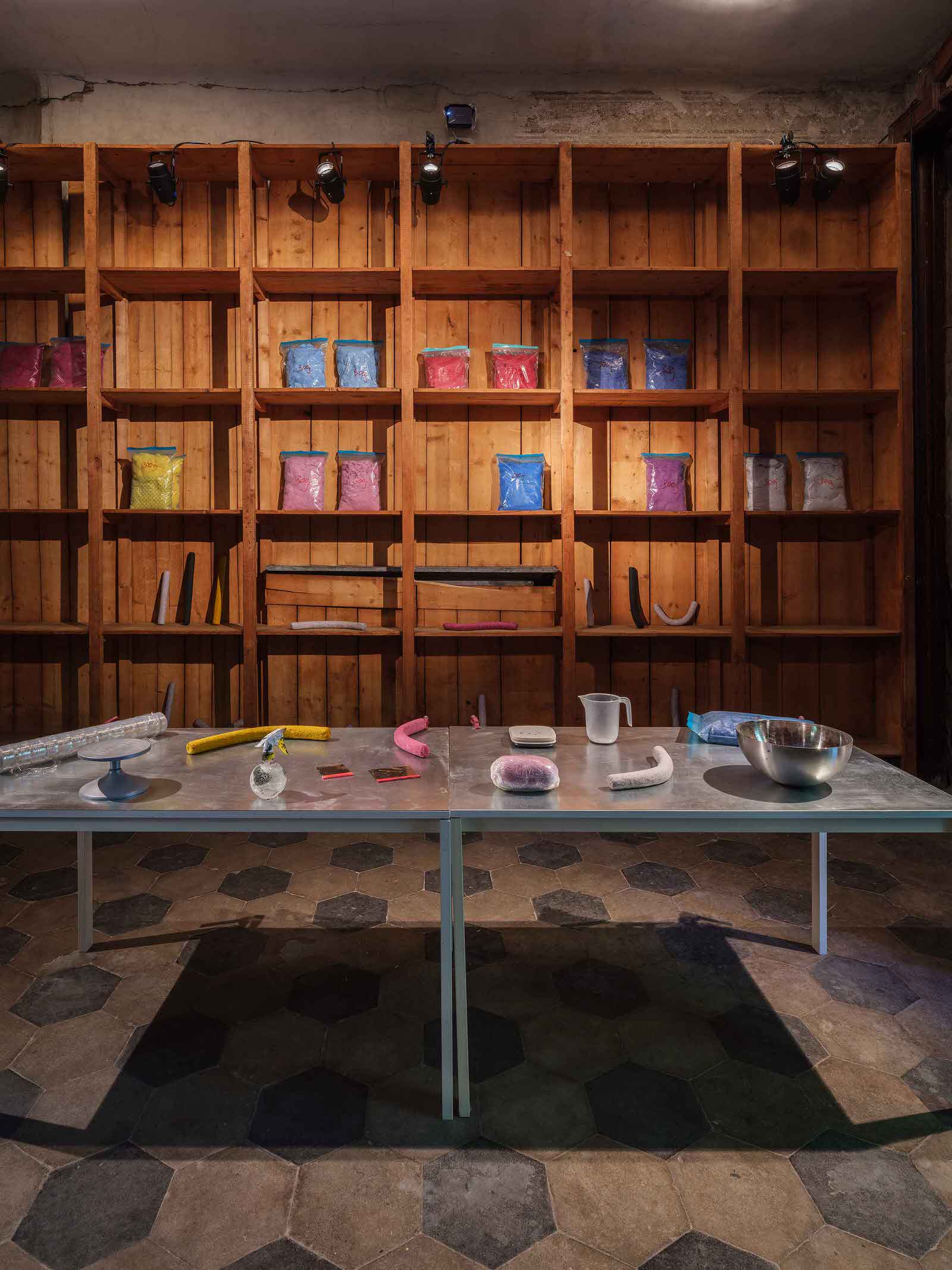 -based designer and materials alchemist extraordinaire is back with a new material made out of textile and starch. The new research-driven project, dubbed Looks like Magic, was unveiled in September during , at the designer’s first solo show in Italy, curated by Maria Cristina Didero.

Collaborating with Telelavo, a Spanish start-up that deals with washing and processing for restaurants and hotels, the team forged a mutually beneficial relationship. Telelavo provided Jorge and his team with their “fluff” to be — those pesky fibres that are released and subsequently get stuck in industrial drying machines when they spin.

From there, Jorge took advantage of the decaying process of the textiles, using them as his raw material. Starch becomes crucial as a material that acts as a binder — it also happened to be heavily used in the laundry business to ease the washing process and achieve a more robust finish when textiles get ironed. Similarly, Jorge mixes the raw material with the binder and then borrows different manual processes and techniques lifted from making in order to give shape to his objects. 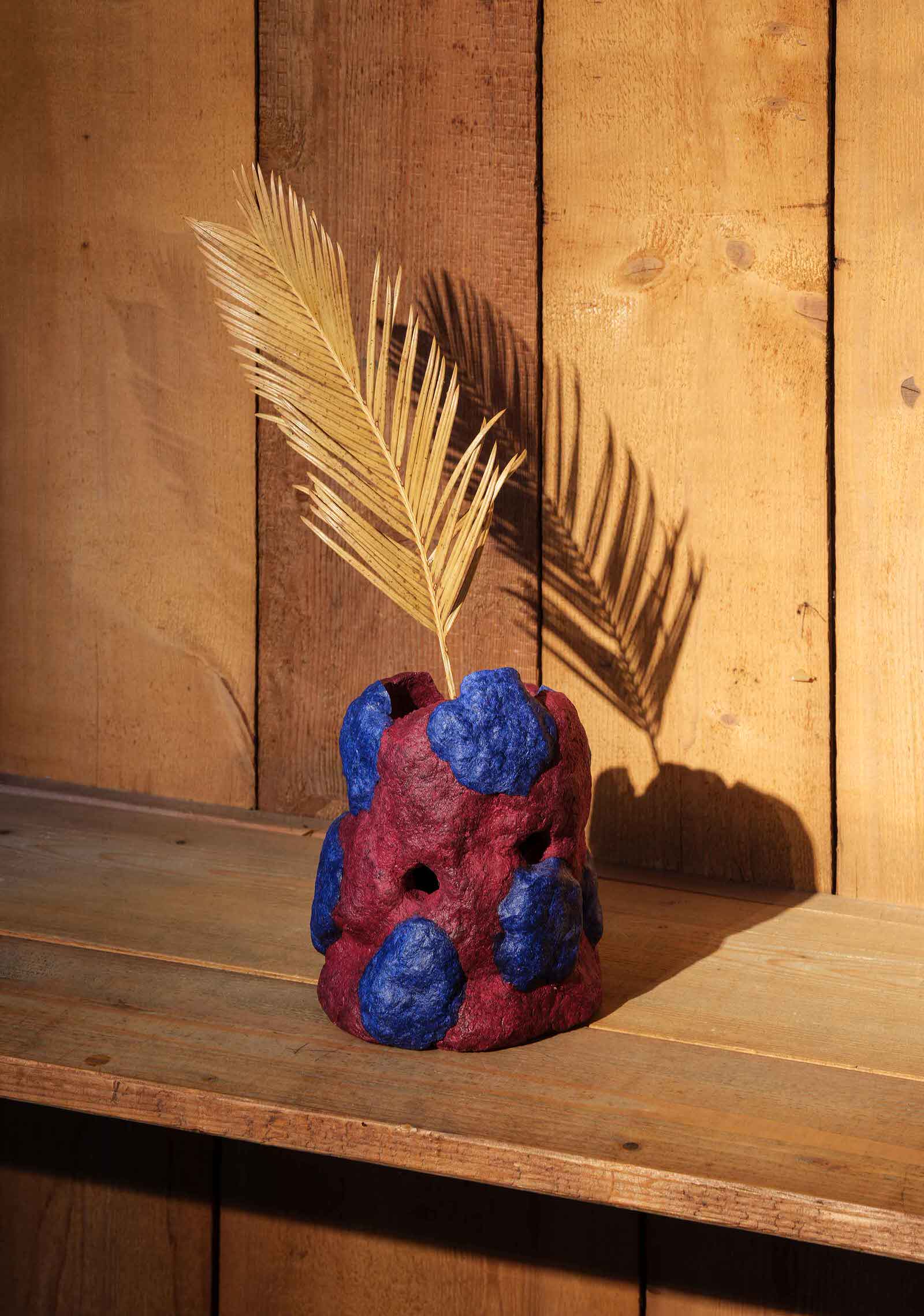 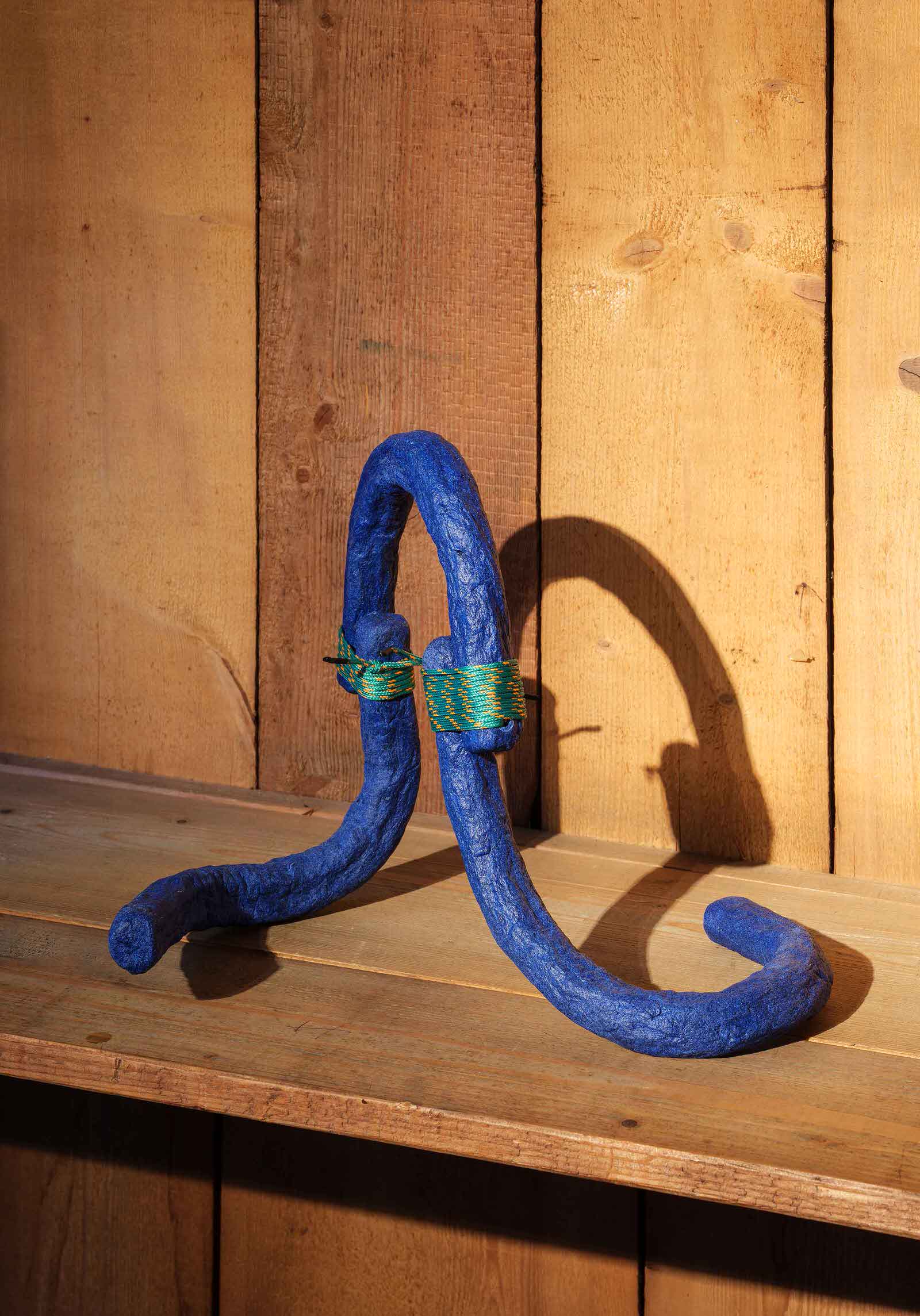 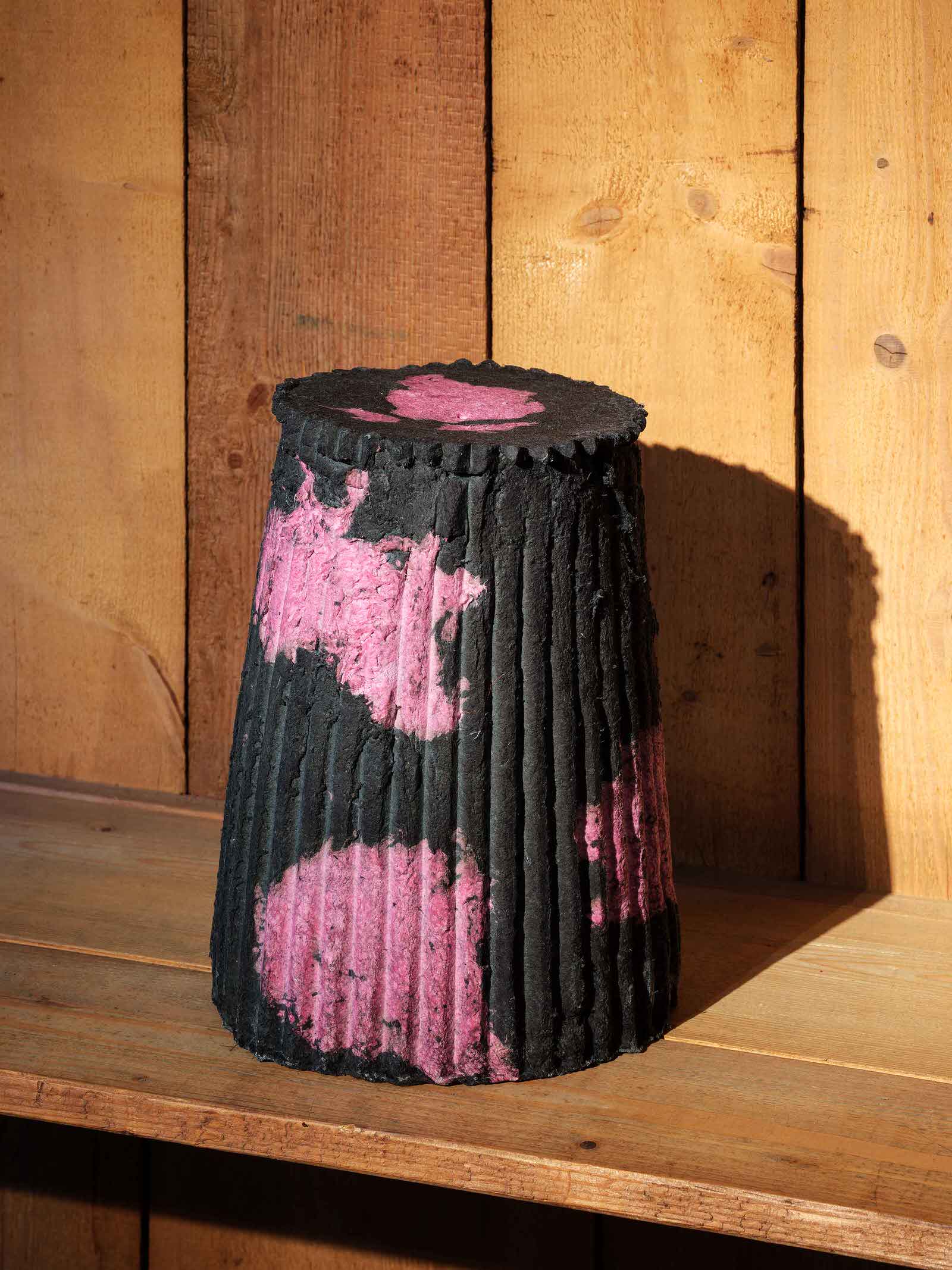 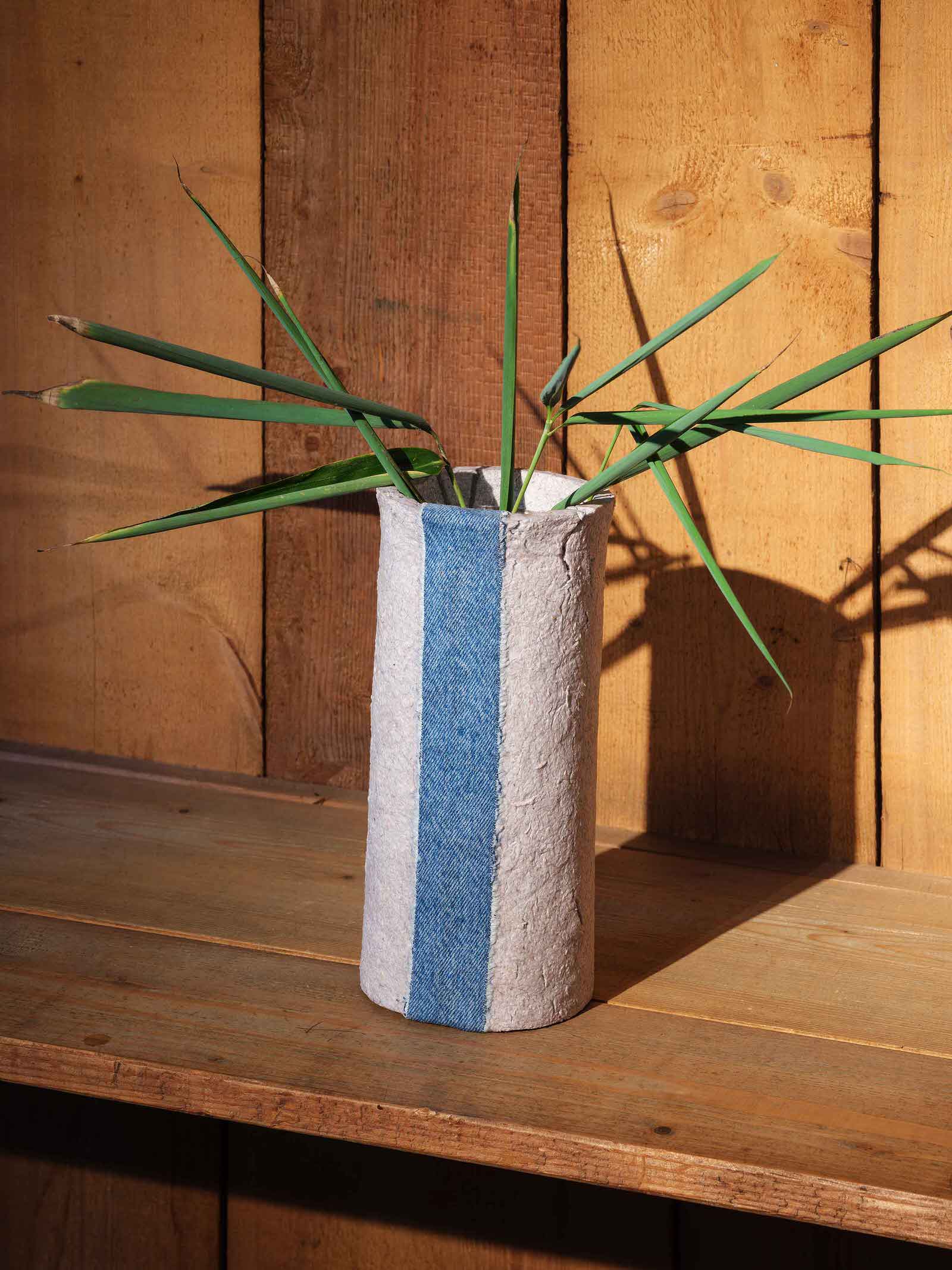 This material research is a continuation of his body of work over the last ten years that follows a central theme. “I’m interested in working with common materials but with a personal twist, that’s why I try to make them myself,” Penadés explains.

“ (2015) was a wooden-like material made out of leftovers and offcuts from the leather industry and this time I wanted to develop a clay-like material made from textile waste. It’s like creating an updated version of those traditional materials but from resources that are already available instead of extracting them from nature,” he says. 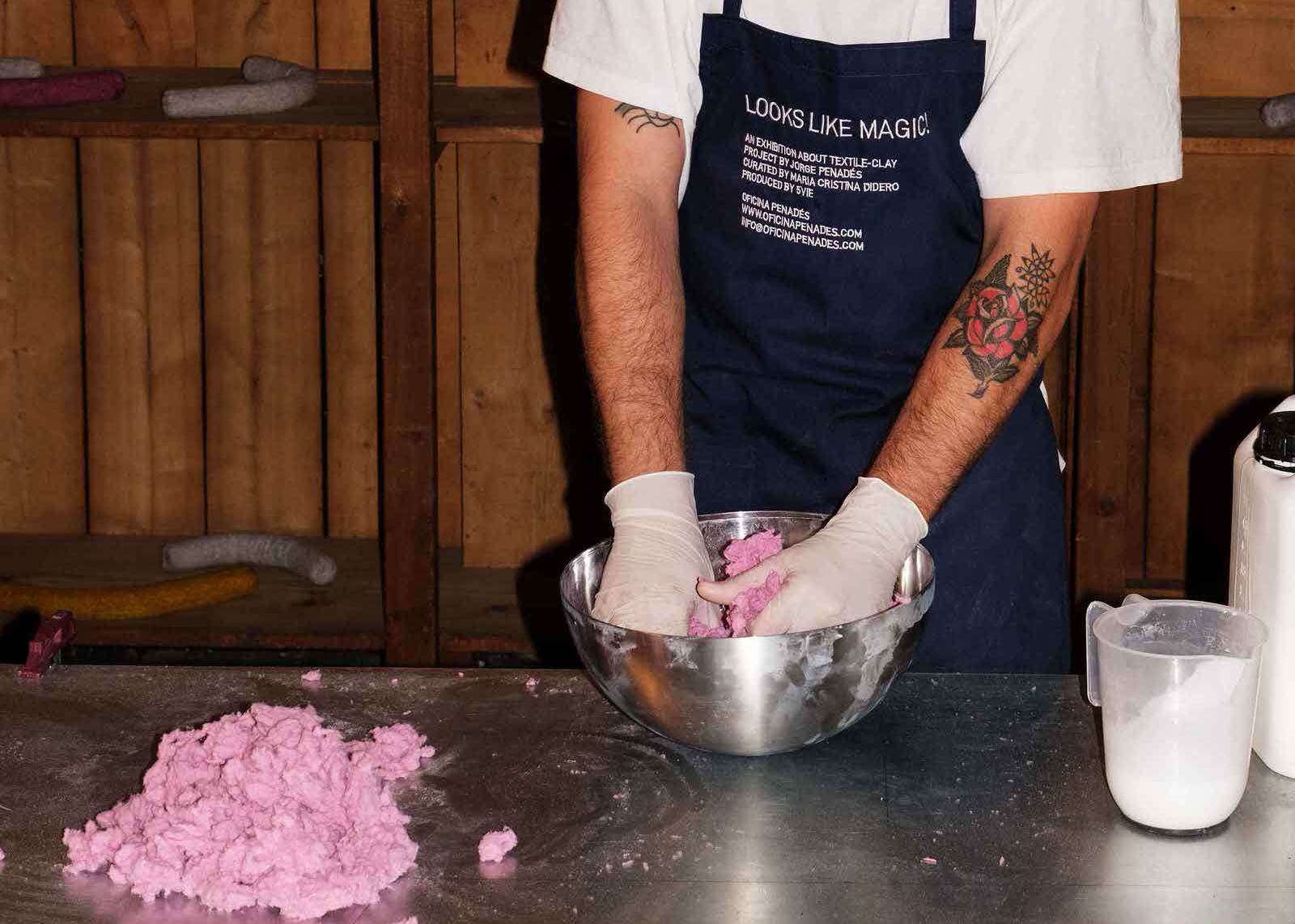 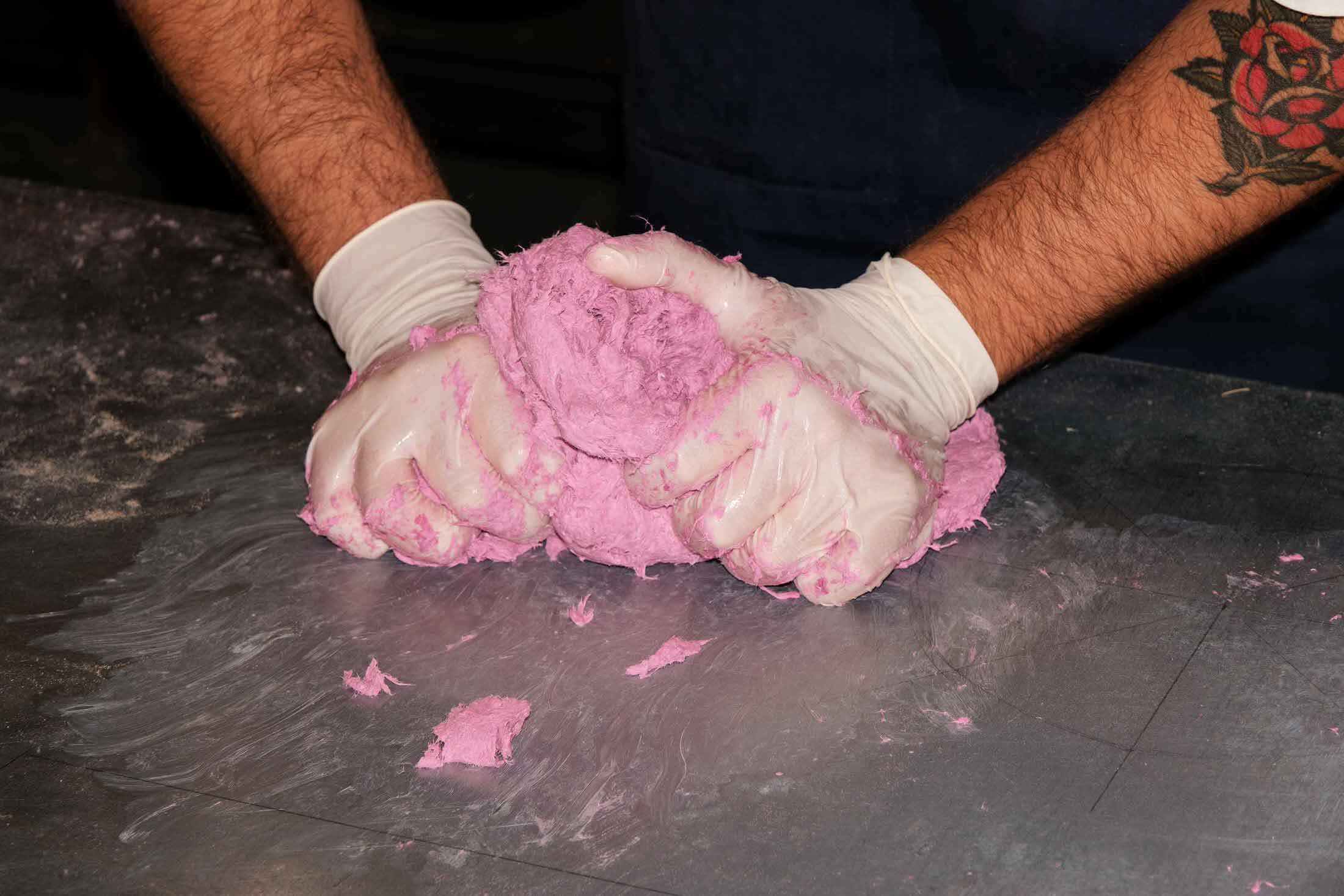 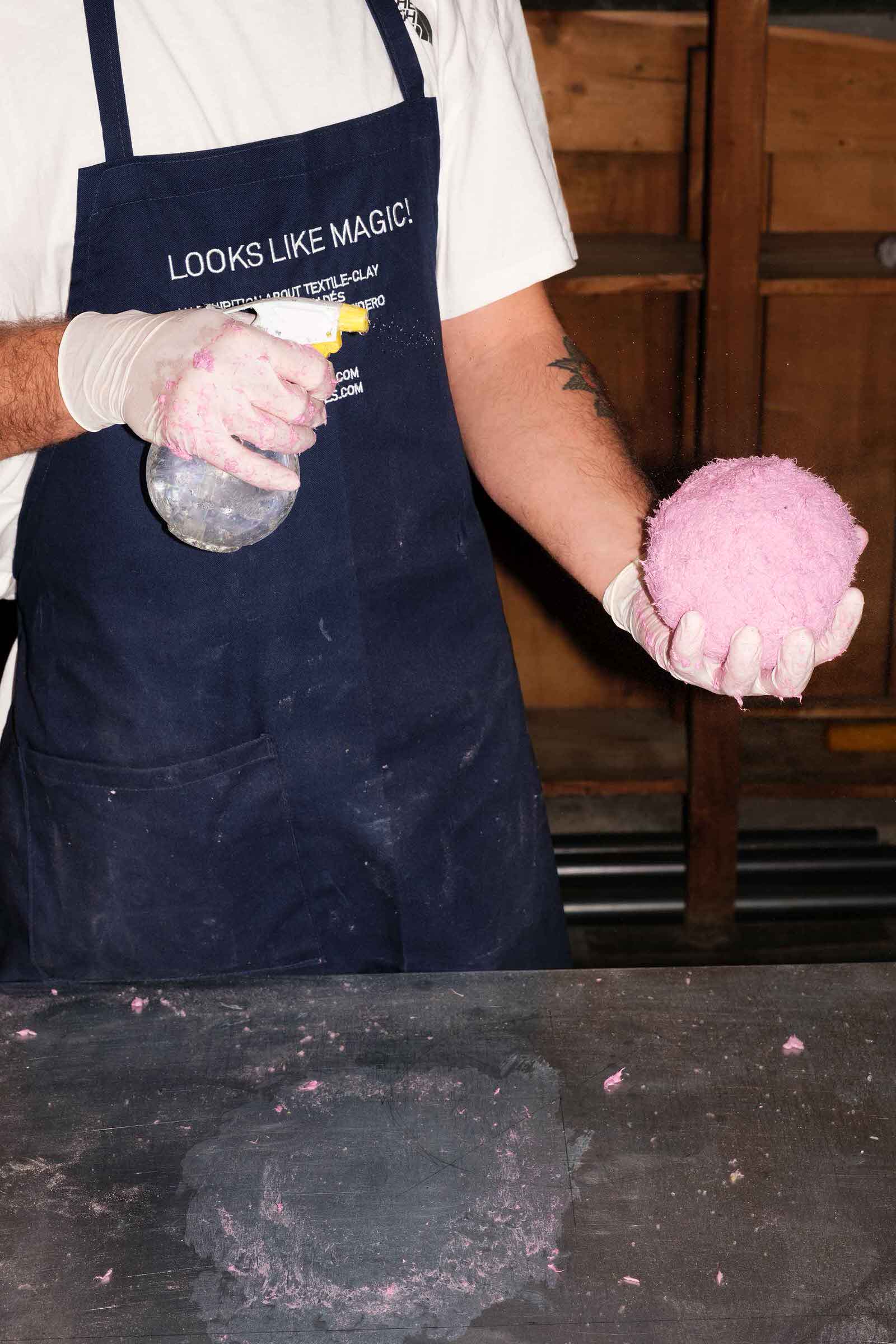 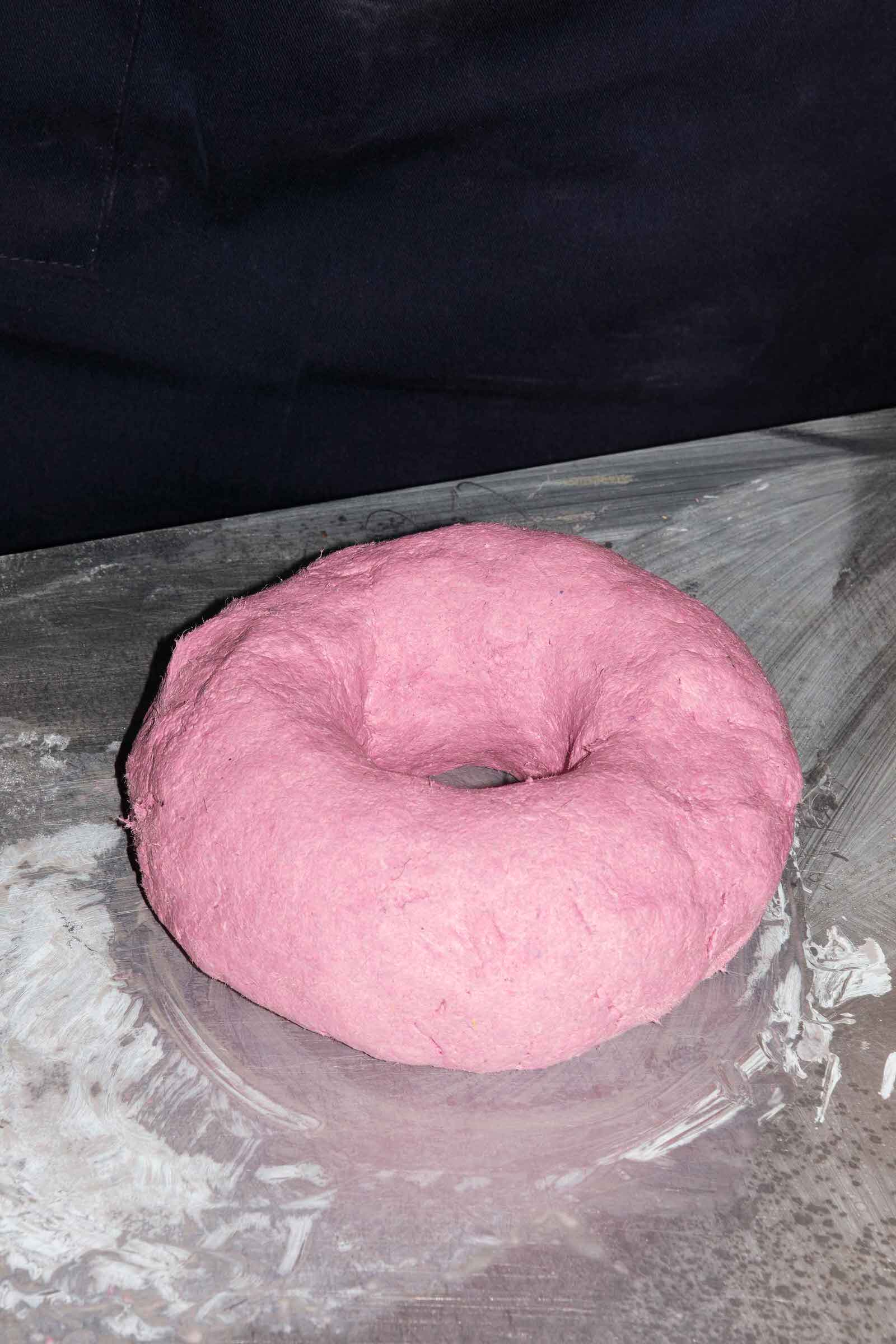 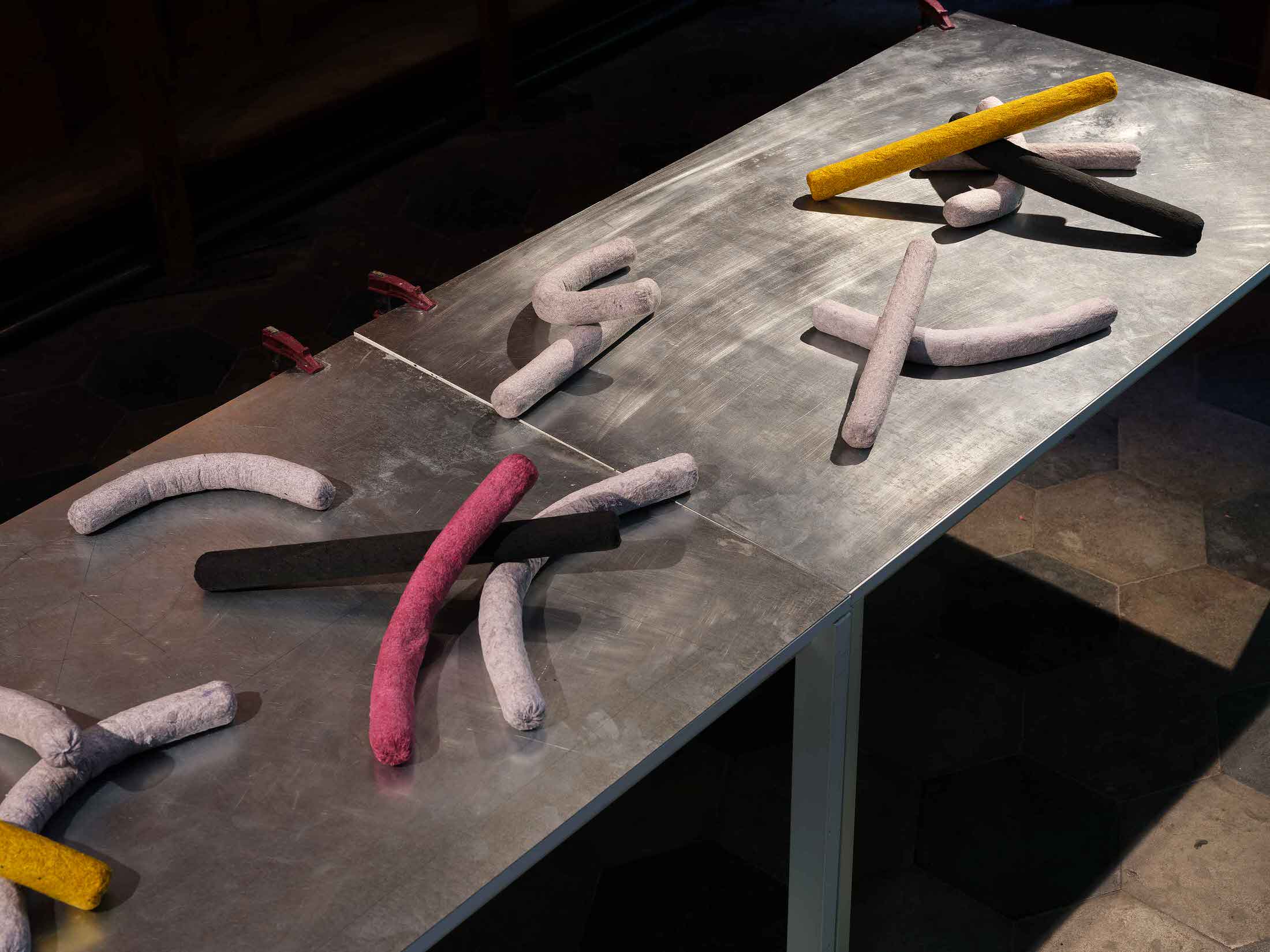 Here textile clay has two predominant advantages over conventional clay. Firstly, it is a non-extractive material that doesn’t require anything being taken out of the earth for it. Secondly, it has a very low energy impact because the material doesn’t need to be fired, glazed and re-fired. Thanks to the water based-nature of the binder, the finished objects only need time to dry up to become fully functional goods.

While it may look like magic, it certainly isn’t — but what is magic is Penadés’ skill of modifying the very spirit of a singular material, in this case, textile waste. The designer is challenging the chosen material, himself and the way society views waste.