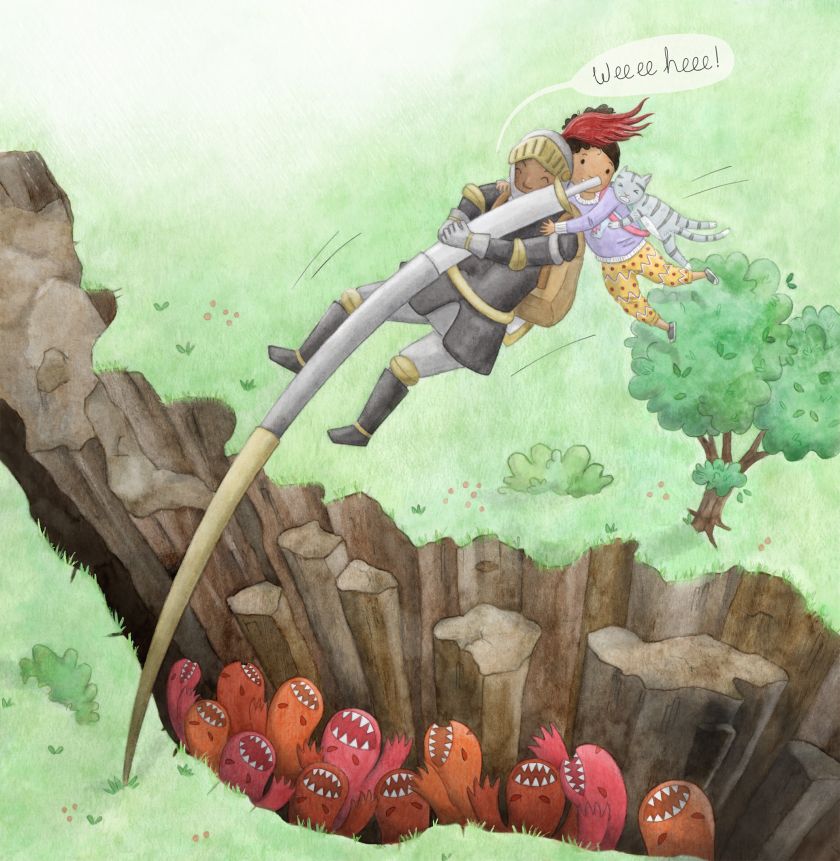 Newcastle illustrator grew up not seeing a child of colour in a book, let alone a child with a mixed ethnic background (she is Caribbean/English heritage). Working as a children’s book illustrator never entered her mind, so for a long time, she wanted to be a fashion designer.

“When I was 14 we went to visit family in London. My cousin, who I was close with, had discovered anime and manga. I distinctly remember watching Akira with him that day and my mind being completely blown! He let me borrow the VHS – I must have watched it 10 times.

“That set me on a path of wanting to be a comic creator/illustrator. I went to uni with that intention, but that wasn’t taken seriously as an illustration career path in the UK then – not like now.
The idea was kind of dismissed, and I left, not knowing what to do.

“I got an admin job, and freelanced as a graphic designer/illustrator (of anything) in my spare time, then started selling prints and handmade stuff on Etsy. My artwork was always frequently narrative-focused and had distinct kid-appeal. But despite me having a growing collection of picture books and still writing occasionally, I never seriously considered getting into children’s illustration until my late 20’s, after several people suggested it.” 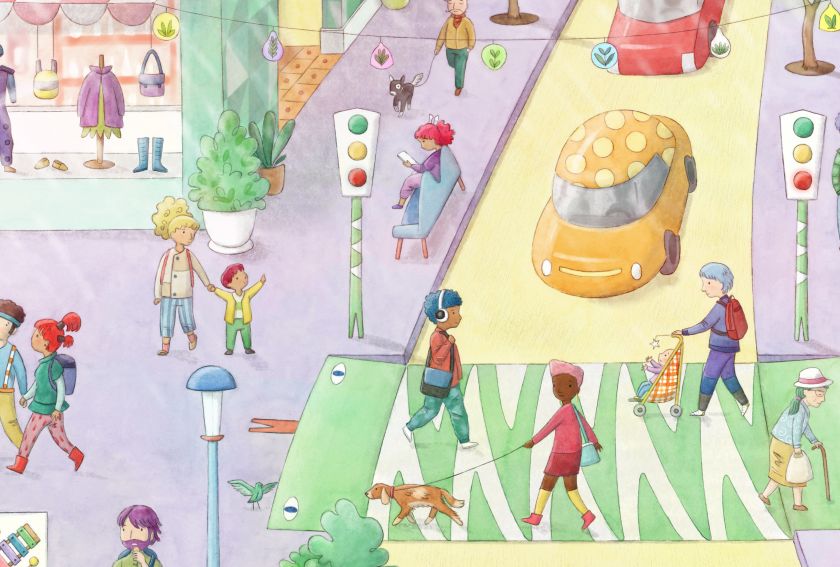 After some “half-arsed” attempts at querying agents, Lucy did a lot of research, began building a focused portfolio and joined the Society of Children’s Book Writers and Illustrators.

“In 2017, I entered Faber Children’s and Andlyn Agency’s inaugural FAB prize. When I got a call from Leah Thaxton the publisher to tell me I’d won first prize in illustration I couldn’t quite believe it! Around that point, I decided to start writing more seriously too, and a year later I got my wonderful agent Alice Sutherland-Hawes. Then I began working with after submitting to an illustrator call in summer 2018 that Alice put me onto.” 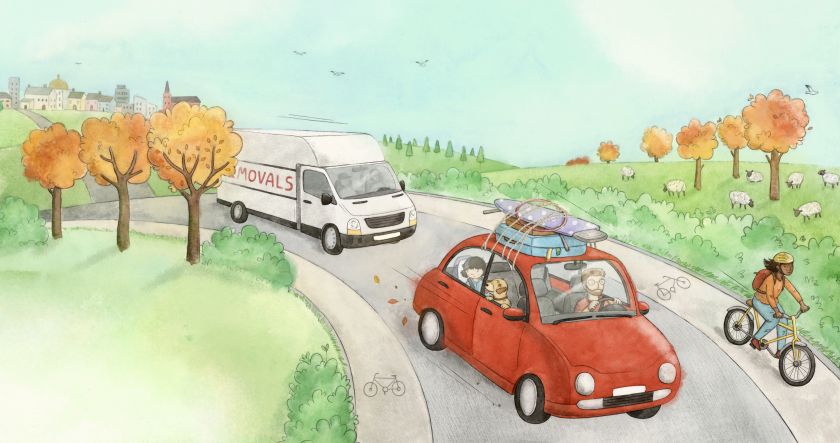 Afraid of the Dark, Lucy’s debut as a traditionally published children’s book illustrator, came out in October this year from Little Tiger Press. It’s the first in a new series of books called Our Town, created by Sarah Shaffi and written by Isabel Otter. The books are aimed at preschool-age children, and focus on first experiences told within the setting of a diverse neighbourhood.

“I’m currently working on the second book in the series which centres on mixed-race Muslim twins, Sophia and Bilal, who make an appearance in book one,” she says. Lucy’s looking forward to the future then, after a year in which she admits she “found it quite hard to be creative”.

“Sadly, this year has set me back quite a bit; I’ve had to turn down several lovely job offers because of having to homeschool my five-year-old-son during school closures.”

“Saying that, I found teaching him a hugely rewarding experience. And frequently a stressful one, of course. I’m often inspired by some of the things he comes out with, especially because he quite enjoys making up little stories off the top of his head, and they’re always amusing.”

Maybe one day he’ll enjoy Akira, too; imagine if Lucy made her own manga in that style? Sign us up! 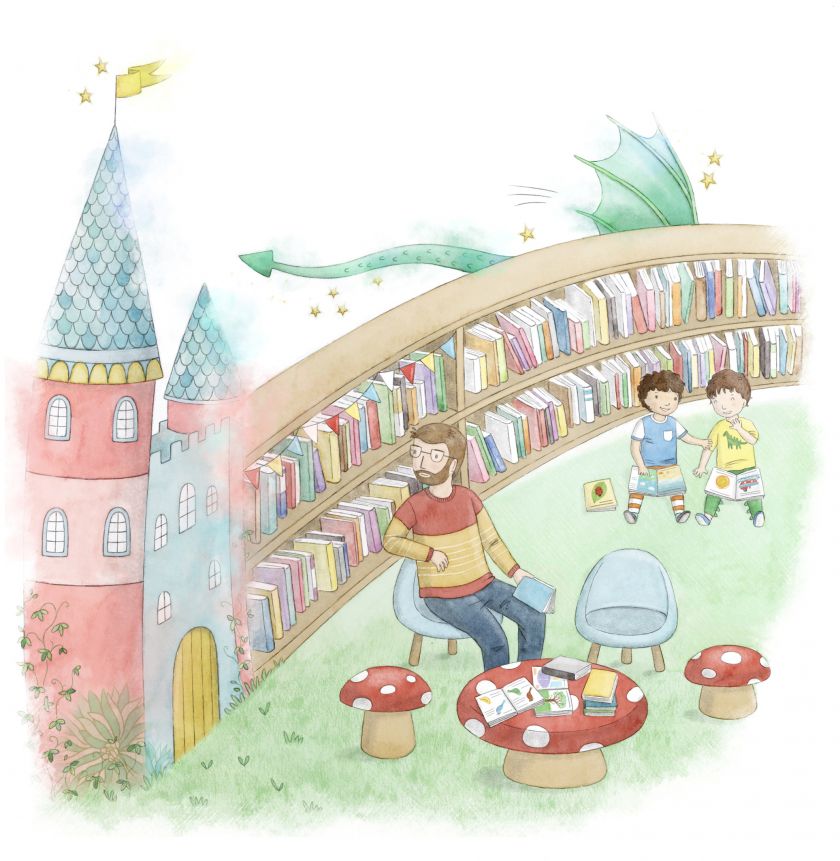 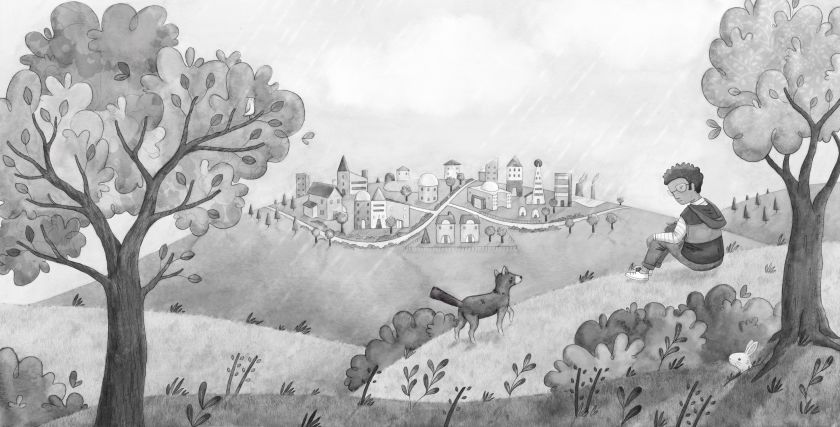