MakingIt21 is now in print, sharing positivity and wisdom from the creative industries 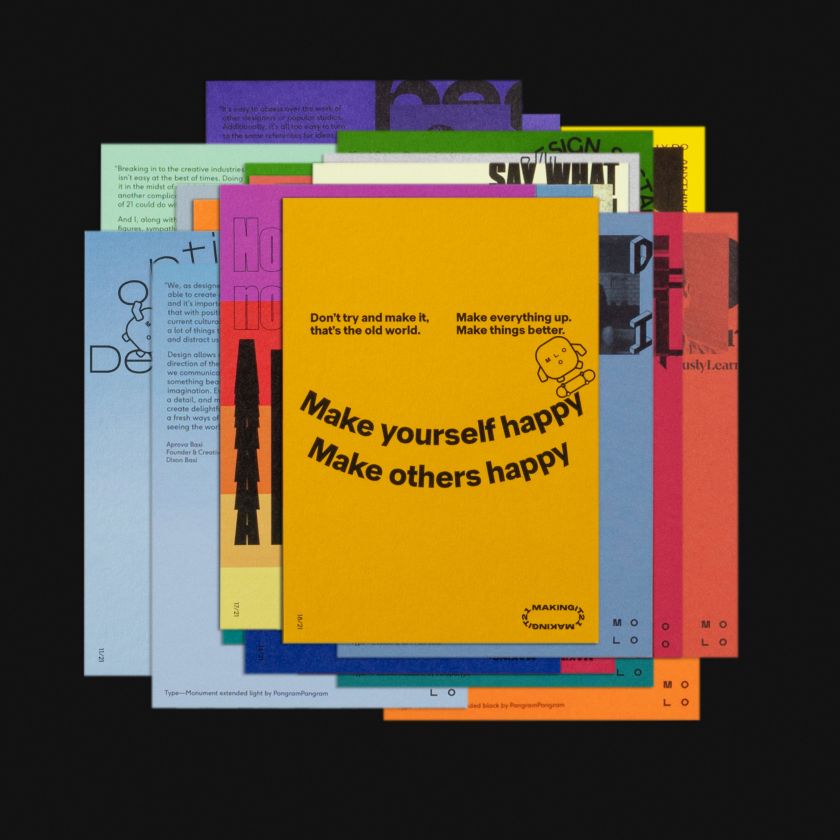 If you enjoyed David Moloney’s popular animated typographic earlier this year, which featured wisdom shared by 21 leading artists and designers, then you’ll be happy to learn that he’s transformed them into a series of printed postcard sets.

In January, the design director launched his side project, MakingIt21, to offer a source of positivity during the pandemic, both for graduating designers and for “anyone else who needs it,” as he puts it. asked successful designers, writers and strategists: what advice would you impart to the next generation? How do you “make it” in 2021, in up to 21 words? Amongst those he approached was David Johnston from Accept & Proceed, Verònica Fuerte from Hey Studio, Emma Barratt from Wolff Ollins, and artist and designer Morag Myerscough.

The result was a series of digital posters that feature little nuggets of wisdom such as ‘Use design to design change’ and ‘Say what you mean, mean what you say’, as a couple of examples. “It was advice to graduates who missed out on typical early-career opportunities,” he explains, “Or, to be honest, anyone looking for a morale boost.” 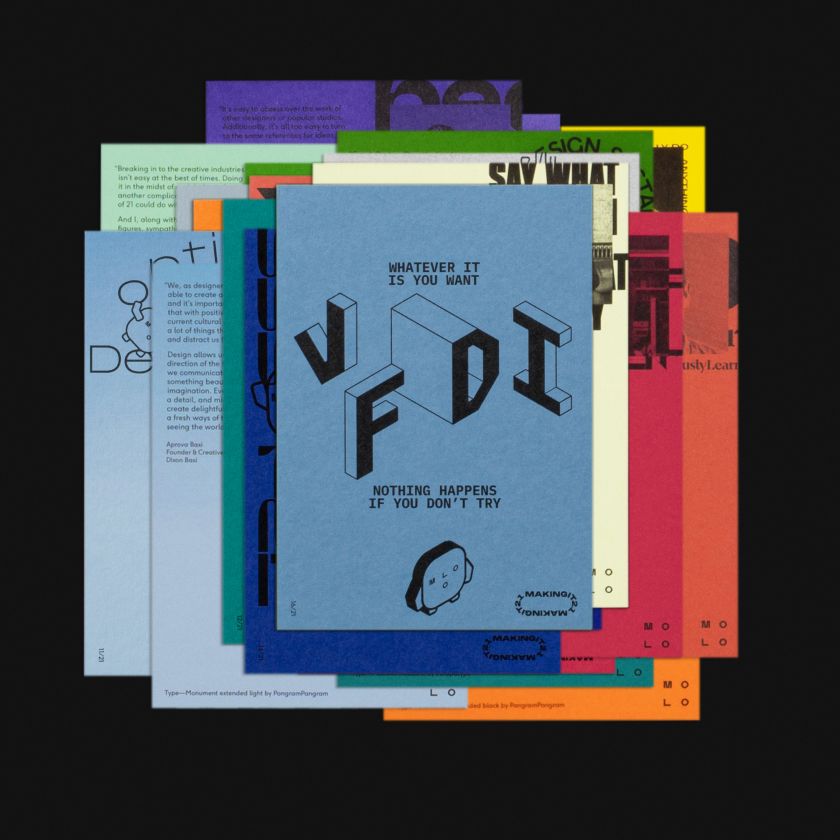 “This past year has been difficult for everyone,” David adds. “In the creative industries, young and emerging designers especially have had a tough time breaking through – degree shows and events were cancelled, fewer junior roles became available. The purpose of MakingIt21 is to spread optimism – creativity for positivity.”

Of course, advice is always such a personal thing, as David explains: “Some quotes you might read and think, that is super obvious, but others might just strike a chord.” Of all the quotes, he pitches David Johnston’s point of view as a favourite – it reads ‘Make yourself happy, make others happy’. He also likes to put all 21 tips together for a manifesto of sorts. It reads something like: “A new now. Don’t panic. Hustle. You can’t really do anything wrong. Design with optimism. It’s about people. Say what you mean. 50% attitude. Make beauty. Be brave. Adapt. Don’t fit in. Design for the 100%. Allow change. Look, listen, learn. Persevere. Design change. Work, work, work. Mark yourself happy. JFDI. Make a difference.” 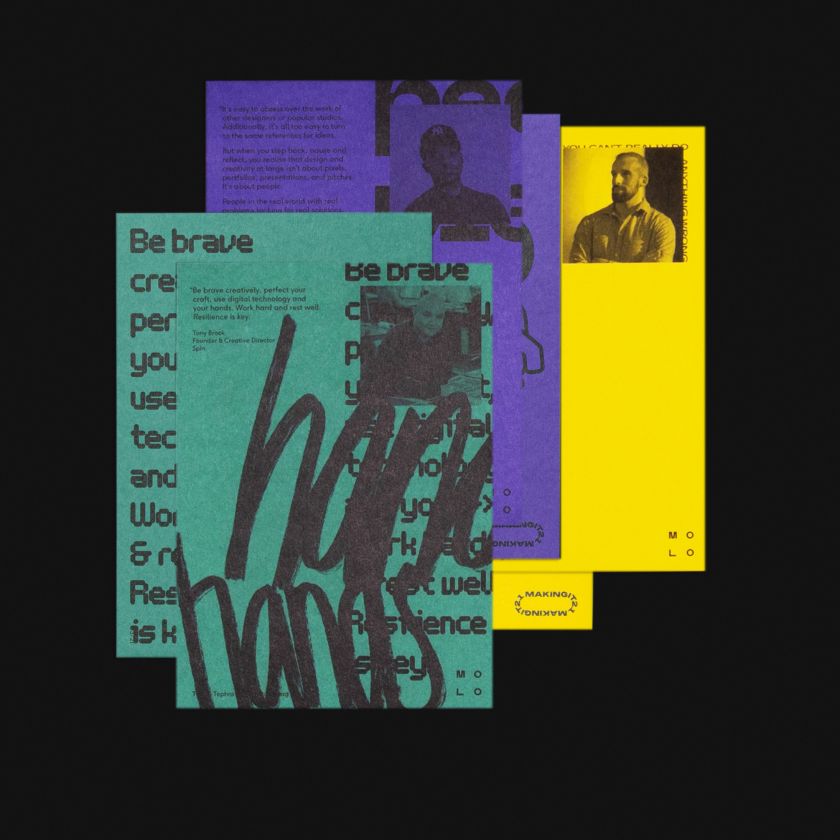 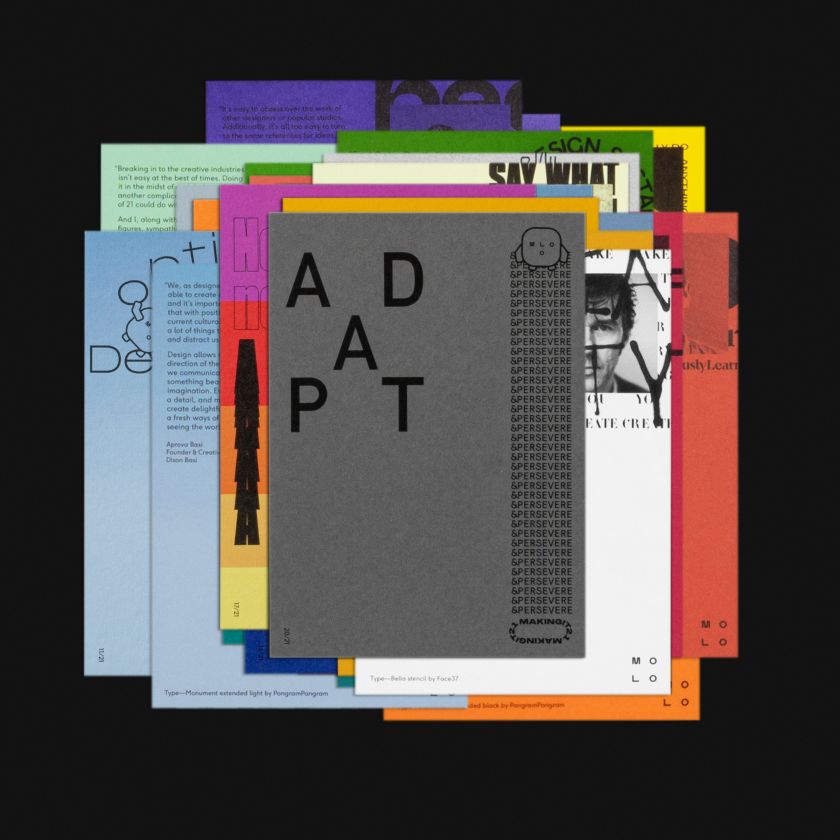 The feedback from the creative community has been positive, something David has enjoyed seeing during what have been dark times. His own career as a design director is pushing 12 years. Does he have any advice of his own to share with graduates? “Never give up. Keep refining your folio – keep reinventing, keep remixing it.

“Explore your own interests alongside commercial projects, too – Rick Banks said to me a few years ago, when he was launching Type Trumps, that it’s such a great thing for designers to help round folios and build your creative interests. I think sometimes it can help you find your passions, and it’s so good to break away from the restrictions that clients often put us, make the logo bigger, change this that or the other – no, this is my thing. And finally, take a break sometimes, unwind, unplug, turn off your notifications, delete Instagram, go for a long bike ride, reset yourself.”

You can now purchase a limited-edition set of postcards, printed on G . F Smith who donated the paper, by dropping David an email. Each set costs £5 plus postage and packaging. “I’m 12 years into my career, and I learnt loads from reading the quotes as well as designing the posters,” says David. “Beyond that, the longer captions that accompanied each poster have some real gems and insights.” 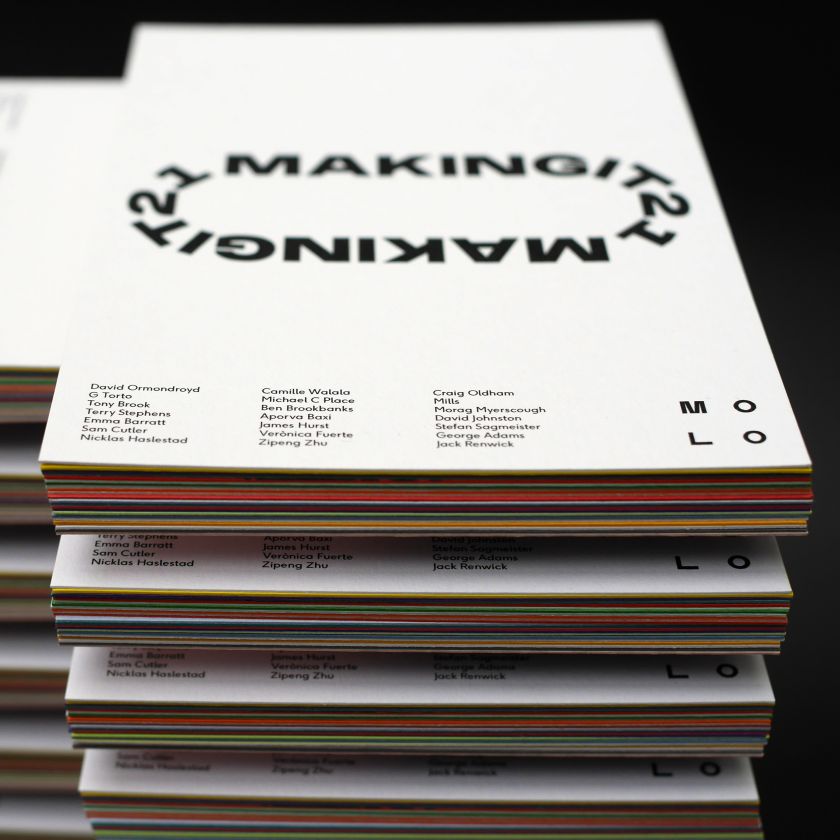 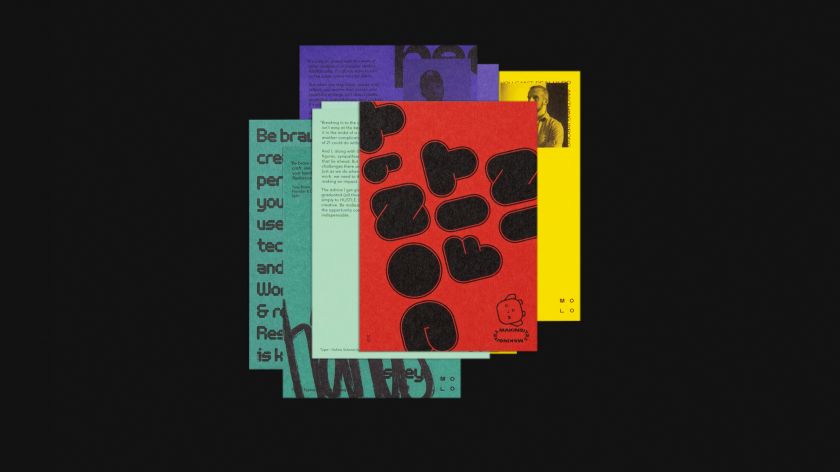 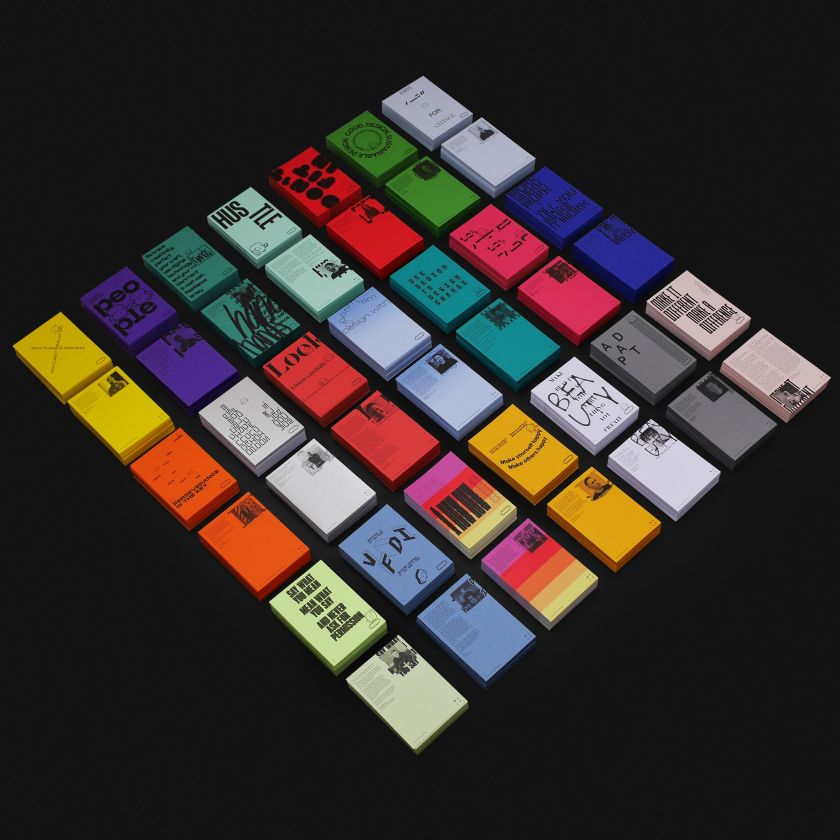