Bored during the COVID lockdowns, one Japanese artist discovered a one-of-a-kind canvas for her work: the humble slice of breakfast toast. 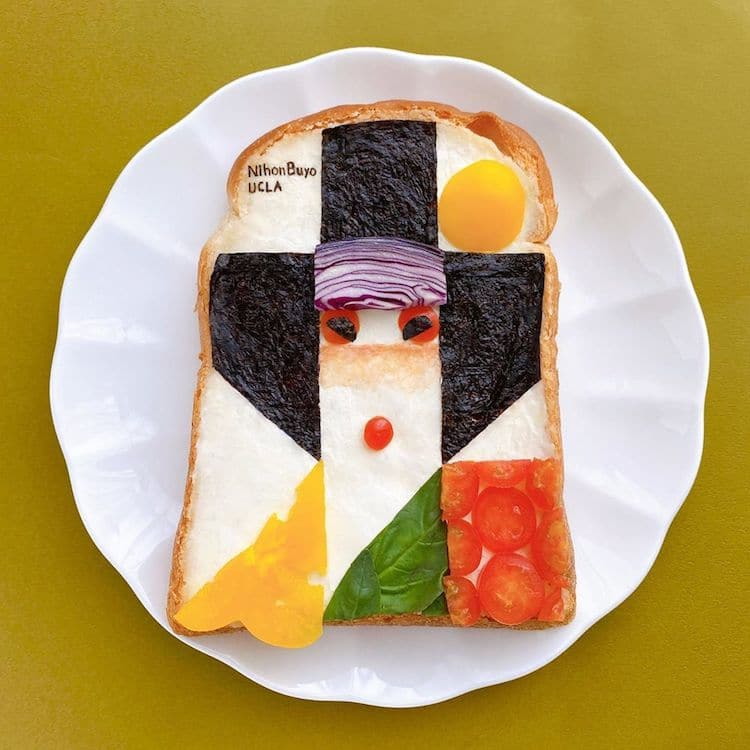 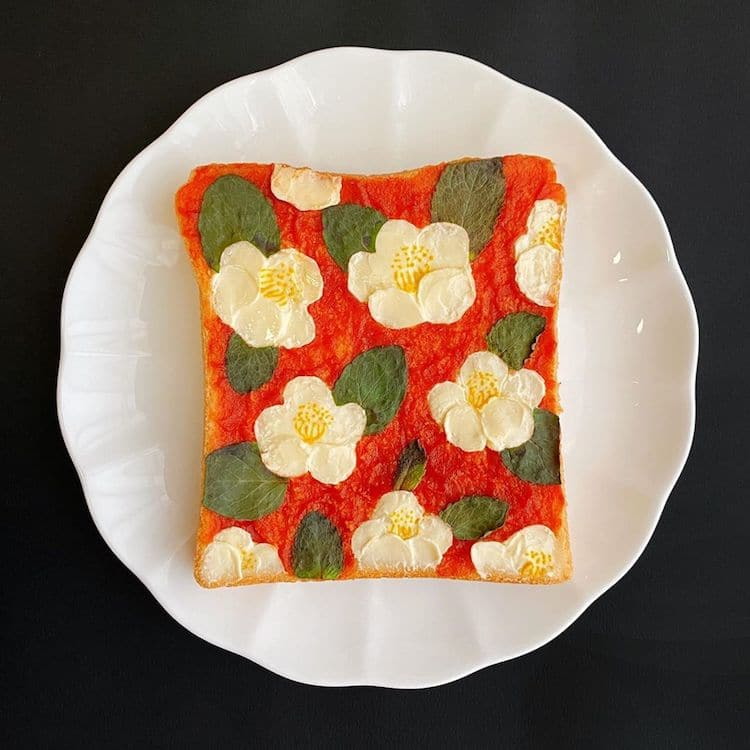 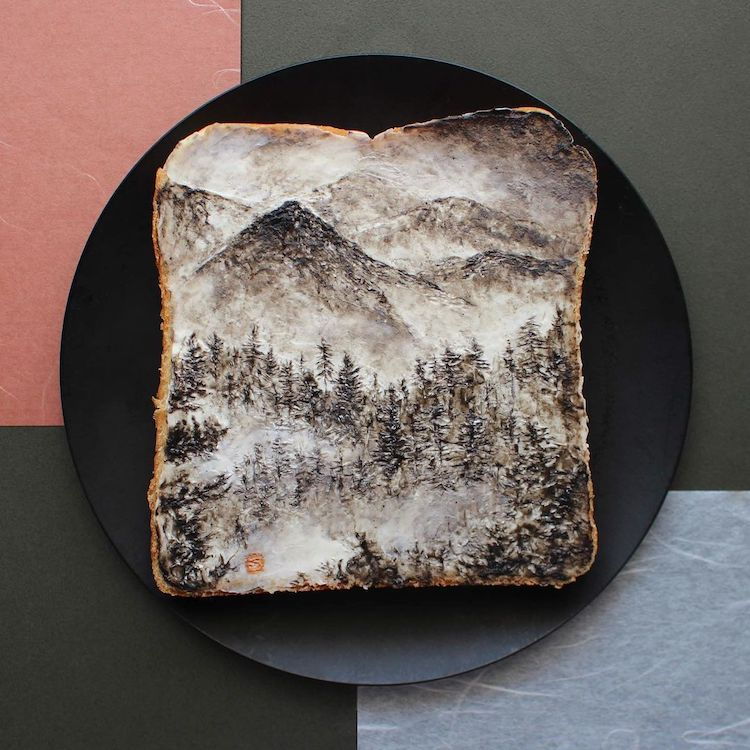 “I was getting cooped up during quarantine and decided to create a habit that makes me want to look forward to getting up early in the morning,” said Tokyo-based toast mastermind Manami Sasaki in an with Elle Singapore. 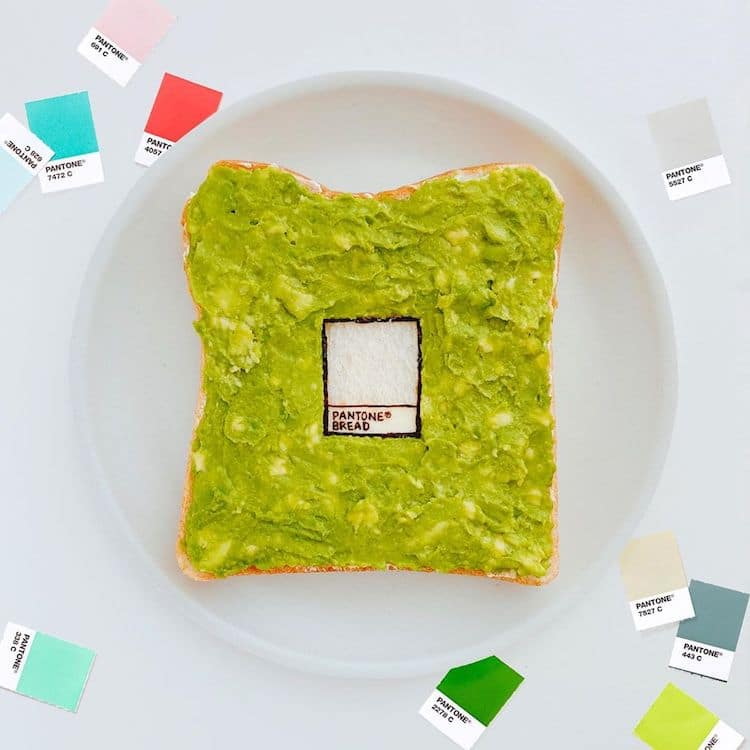 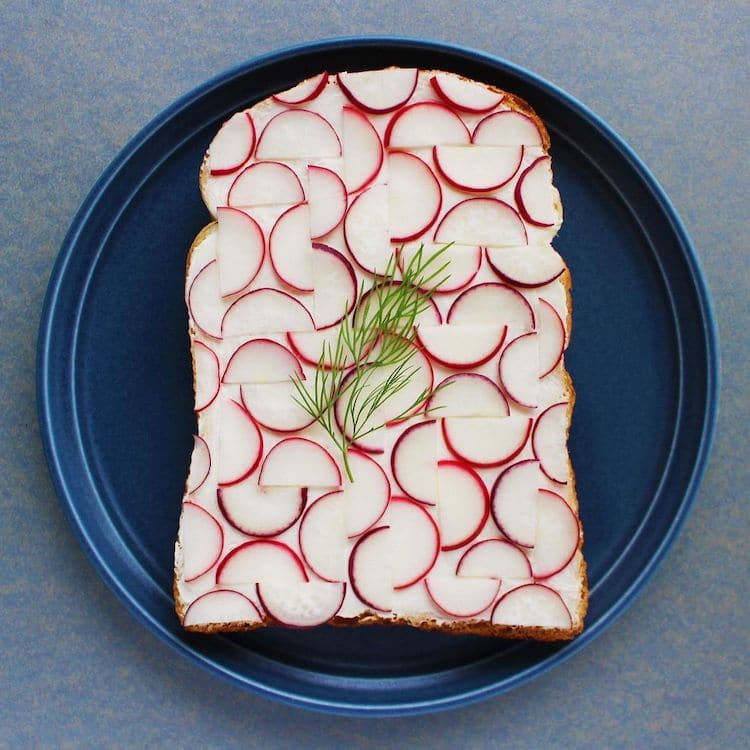 “Toast is a very easy medium to use because you can put both fruits and vegetables on it. I wanted to explore the many possibilities within the framework of toast,” she adds.

What started as a lockdown time killer has morphed into an Instagram following of almost 50k, as well as magazine interviews, appearances on German news, and spots on Japanese reality TV shows. 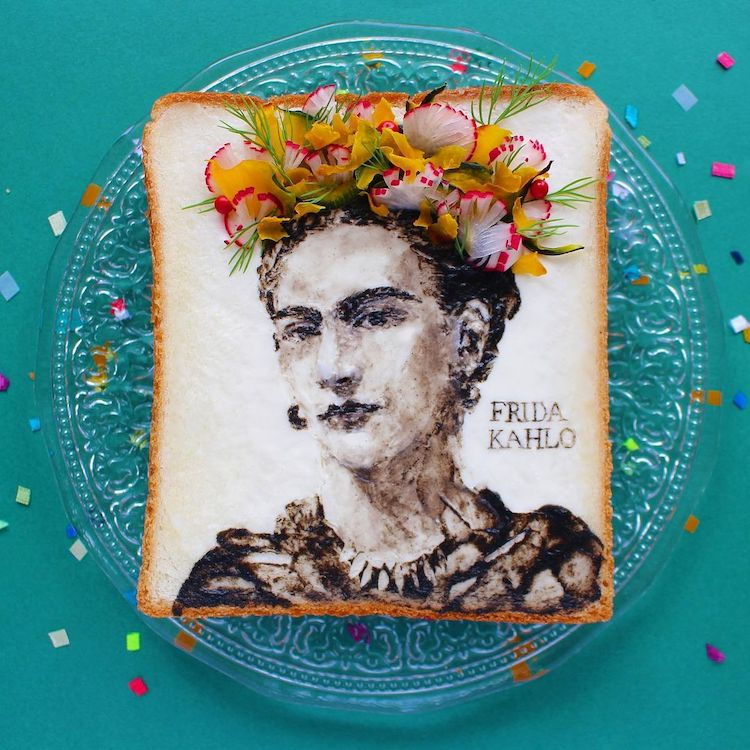 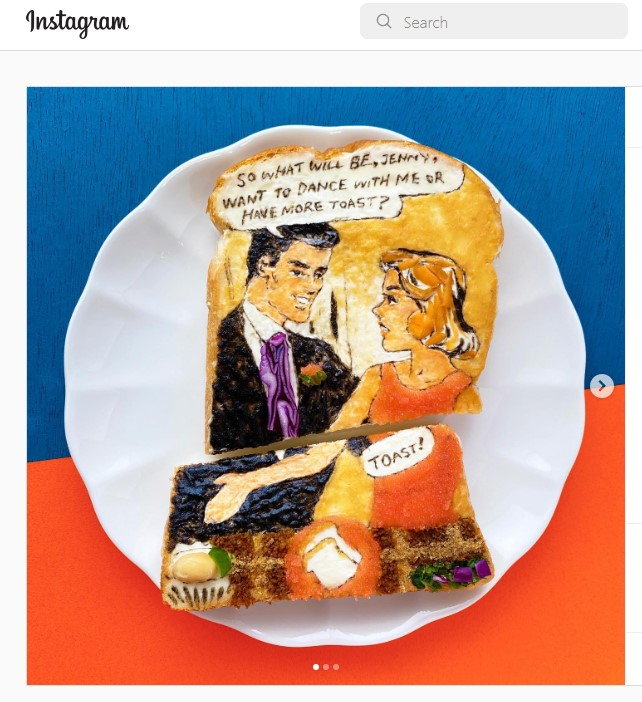 Her colorful American comic in the All True Romance style was fashioned from carrots, curry power, squid ink, cod rose, beads, and cabbage. 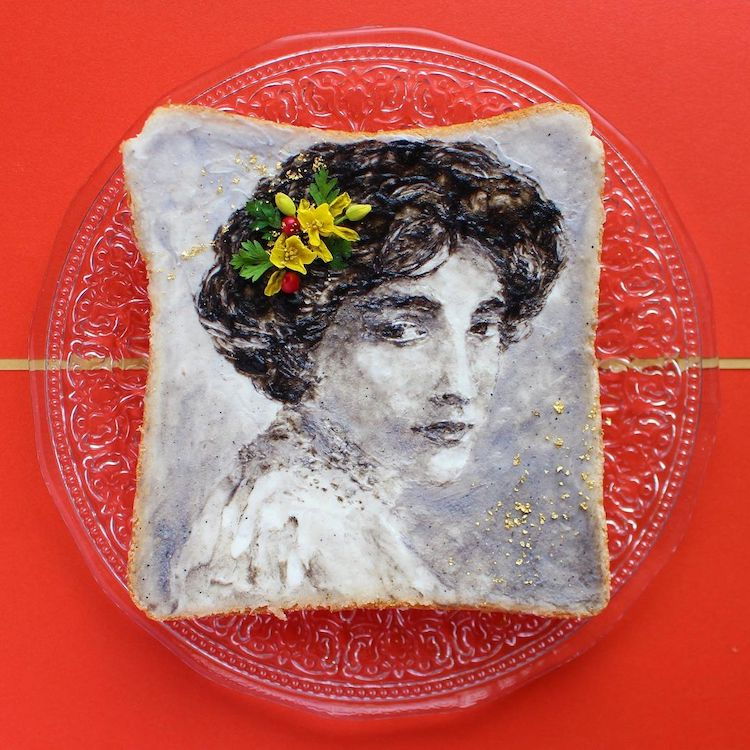 The face of American actress Marie Doro covers another piece. “She was… active in the early silent film era in the first half of the 19th century; her films were restricted, and the only photographs that can be seen are black-and-white,” Sasaki commented in an . Her edible medium even allowed the painting to be more authentic, as she noted that “the funny thing about squid ink is that when grilled, it starts to look like an old photograph!” 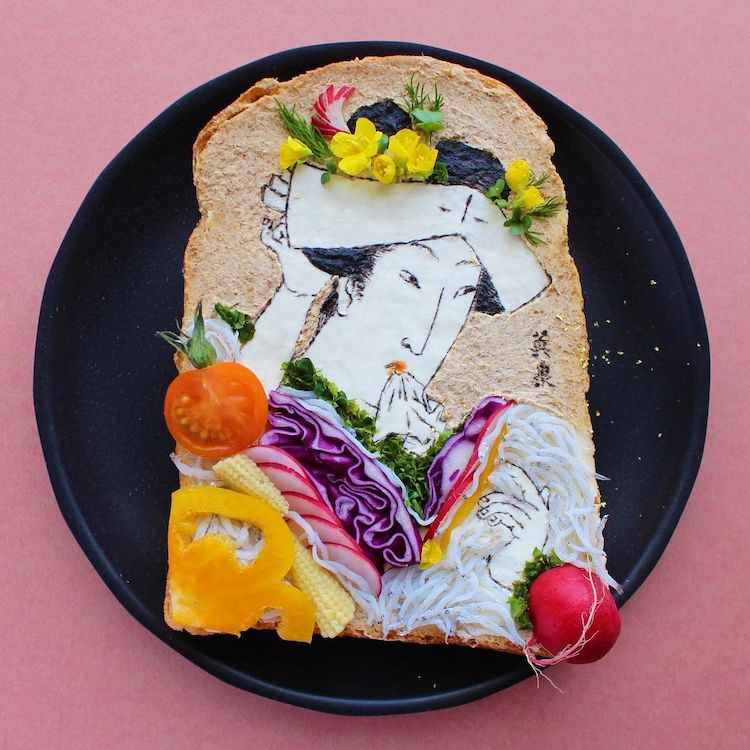 In much of her work, however, Sasaki sticks to her roots, showcasing traditional Japanese artists and designers. Dozens of her bread slices are adorned with images from the ukiyo-e style, popular in the country from the 17th to 19th centuries, that featured female beauties in their kimonos, Japanese landscapes, and Kabuki actors. Sasaki’s edible paintings of these Edo-era images often utilize squid ink for the body outlines, whitebait for the pale faces, and red cabbage, sprouts, radishes, baby corn, cherry tomatoes, and bright-hued spices for the hair and clothing. 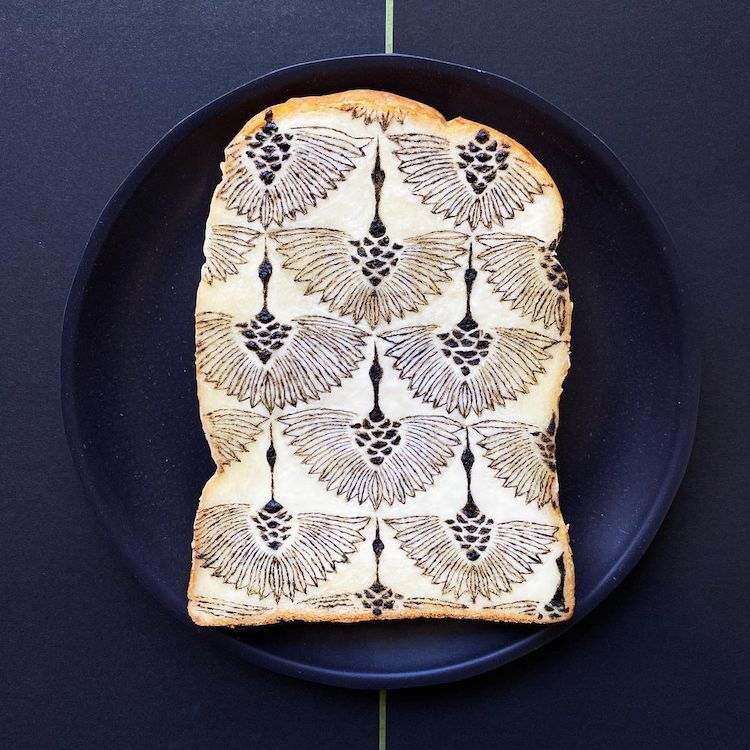 “I have always loved Japanese culture, and I travel to see the karesansui in Japanese gardens and frequently visit ukiyo-e exhibitions,” Sasaki says. “I want to express my own interpretation of the things I really like and the culture I love, and I want my overseas followers to know the appeal of Japan as well. I guess that’s why I make a lot of works with Japan as the theme.” 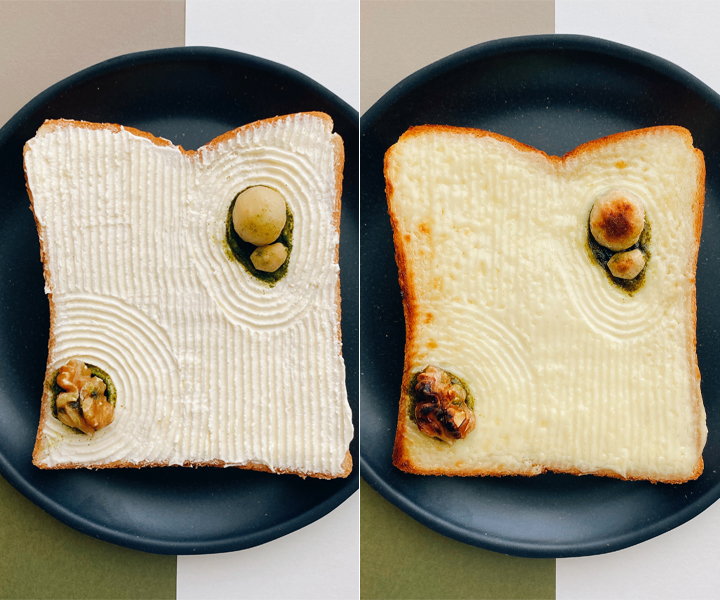 One piece of toast is a play on a zen garden, with a thick layer of sour cream scraped over with a fork to look like sand ripples flowing around macadamia nut “stones” and pinches of matcha powder “moss.” 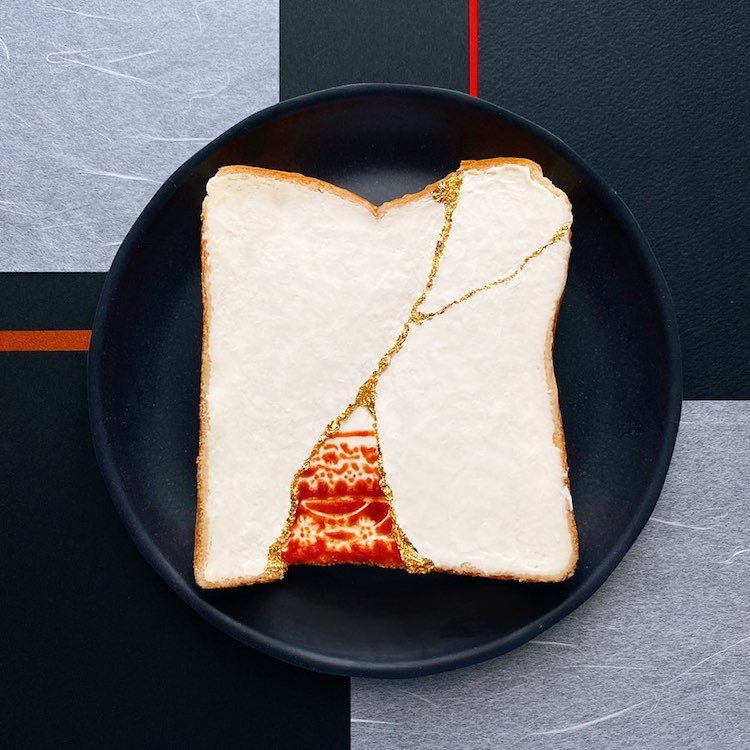 Another slice is an homage to Kintsugi — the Japanese art of mending broken pottery with lacquer dust of gold, silver, or platinum. In another piece, Sasaki reveals one shard of delicately decorated red pottery, melded with larger white fragments using edible gold leaf as the glue. 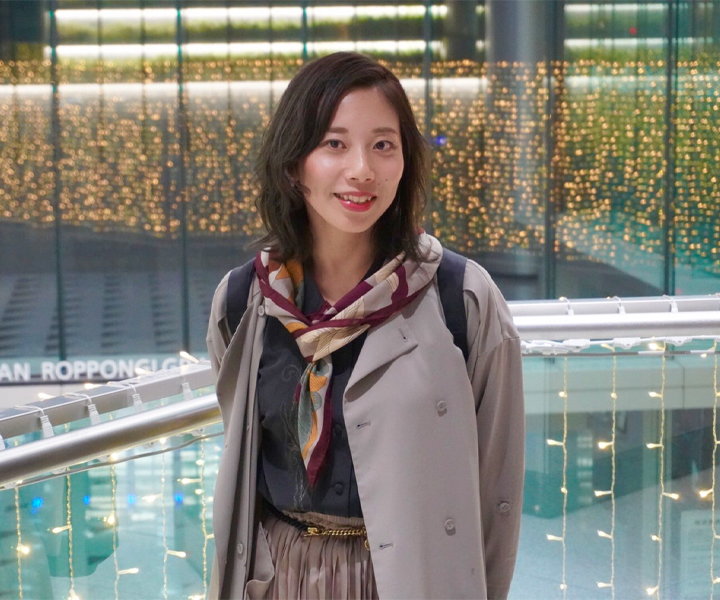 These carb creations take her a few hours to make each morning, but no time at all to consume. “It takes less than a minute. I’m hungry and I finish eating quickly,” she laughs.