Industrial flues aren’t exactly a design feature most of the time. Rising up into the sky and emitting plumes of steam and gases, they’re more often associated with pollution than beauty. But the new breaks from those assumptions in more ways than one, enclosing the flues for a new low-carbon energy center within a decorative 131-foot-tall tower. Located in the city center of Manchester, England, the Tower of Light is made of laser-cut sheets of steel that grow more perforated as they stretch upward, achieving an effect that’s both futuristic and ethereal. 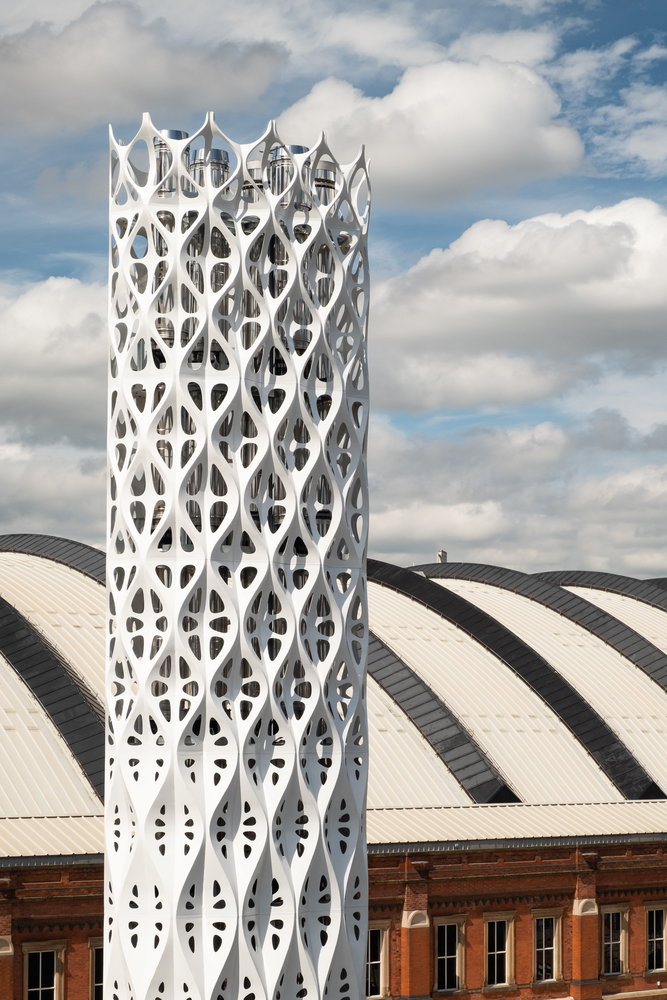 Not only does the Tower of Light make this industrial facility a lot more beautiful on the outside, it puts on by day and by night in two very different ways. When the sun shines on it, polished reflectors inside it move in the wind, reflecting patterns of light into the tower’s chambers to create a natural sparkling effect. After dark, LED lights directed at the reflectors amp up the drama with animated, programmed light sequences every 15 minutes to mark the passage of time. 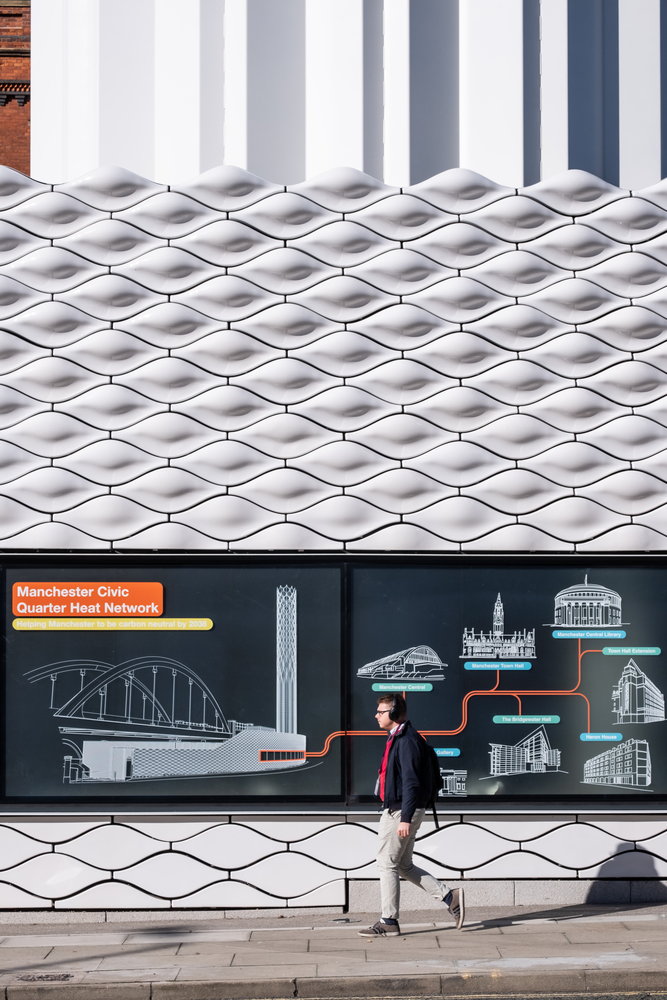 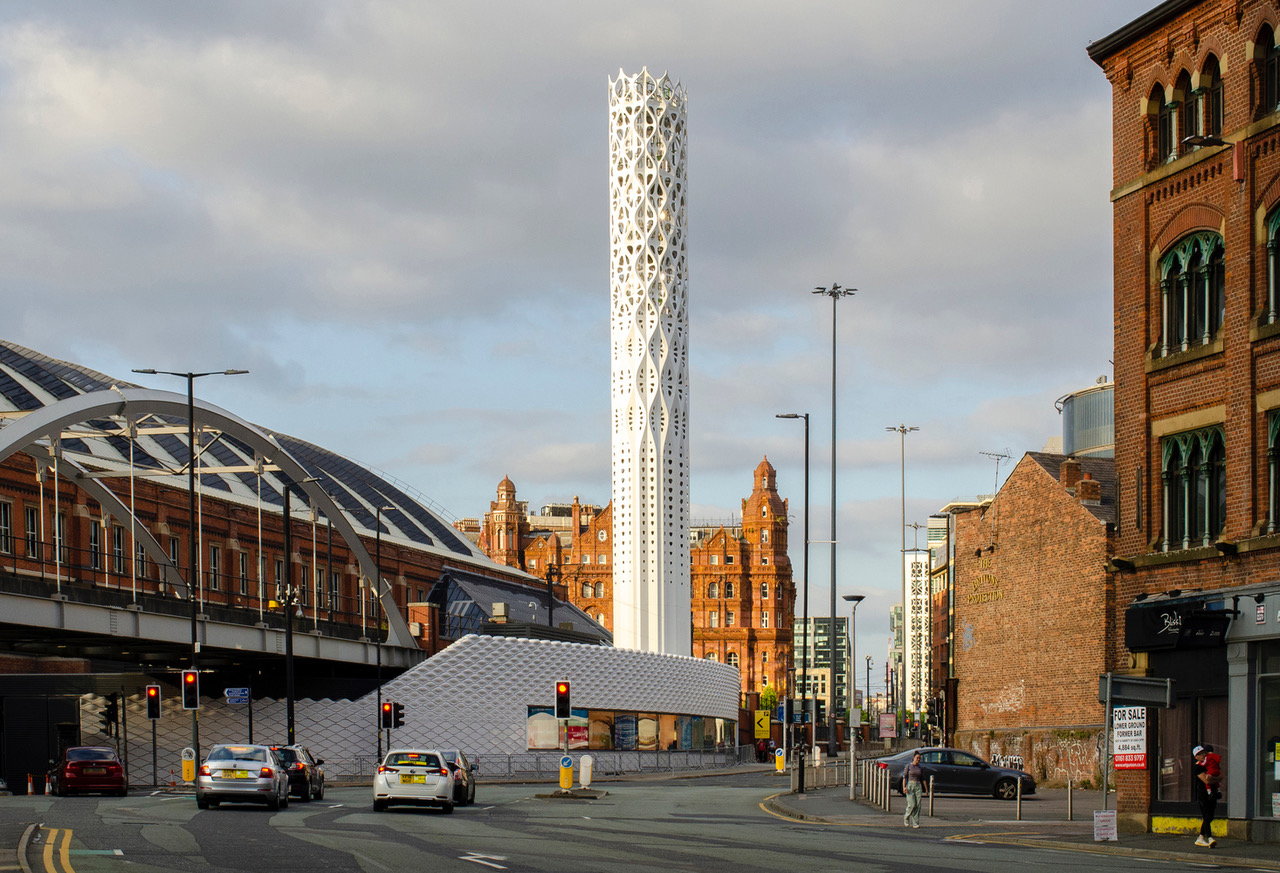 The tower’s unusual form derives from “Shell Lace Structure,” a biomimetic structural technique developed by Tonkin Liu in collaboration with engineers at Arup. This innovative technique uses digital design, engineering analysis, and advanced manufacturing tools to achieve complex organic shapes without compromising structural stability. The technique is inspired by the structures of mollusk shells, which gain their strength from optimized curvilinear geometry. Strategically placed perforations give the shell a lightweight quality while spreading loads in multiple directions. The Tower of Light is now the largest Shell Lace Structure ever built. 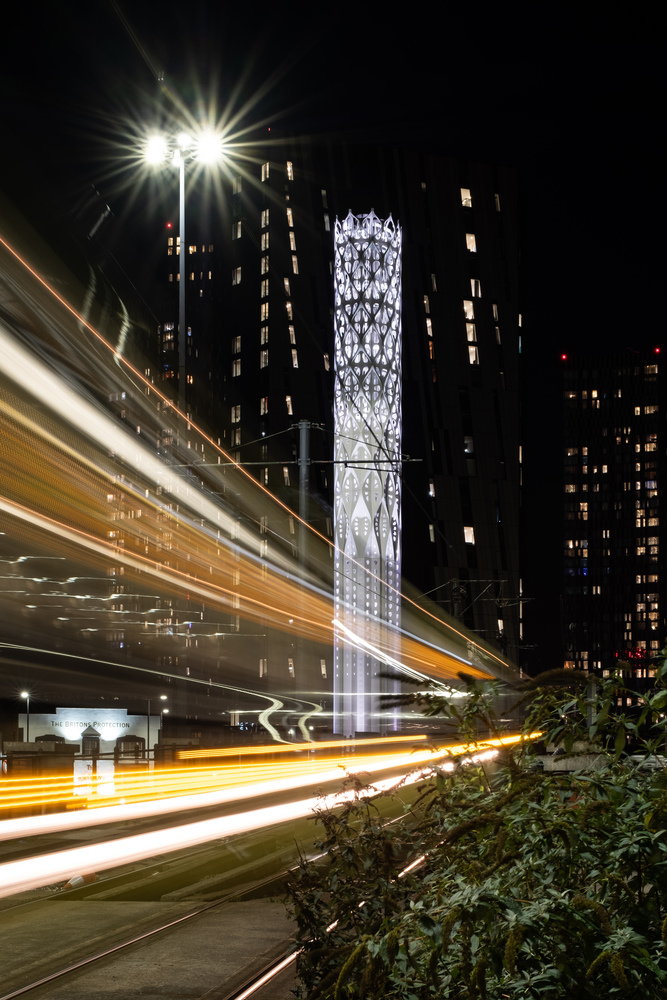 “The Shell Lace Structure technique represents an adaptive approach to architecture that allows for enhanced means of expression as well as additional opportunities to respond to site, structure, and climatic requirements,” say the architects. “The technique is multi-faceted and by involving both the hand and the machine in its design process, Shell Lace Structure enables us to regain intuition whilst wielding the speed, craft, and precision inherent in digital tools.” 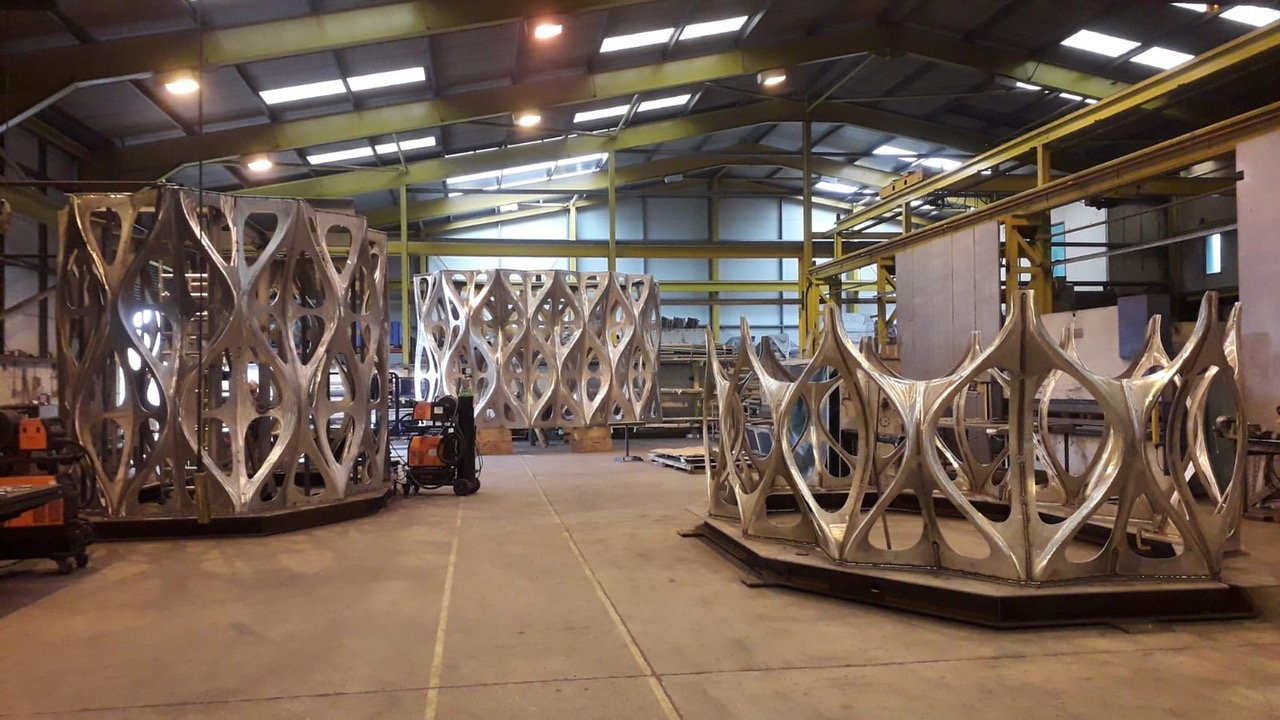 The architects call the street facade enclosing the new energy center “Wall of Energy.” Visually complementing the tower, this facade features glazed ceramic tiles to reflect light and movement from clouds in the sky as well as human activity on the street to give it an ever-changing appearance. The shape of the tiles is inspired by “the dynamic energy of earth’s movements, as seen in patterns left in the sand by ocean waves,” Tonkin Liu explains. 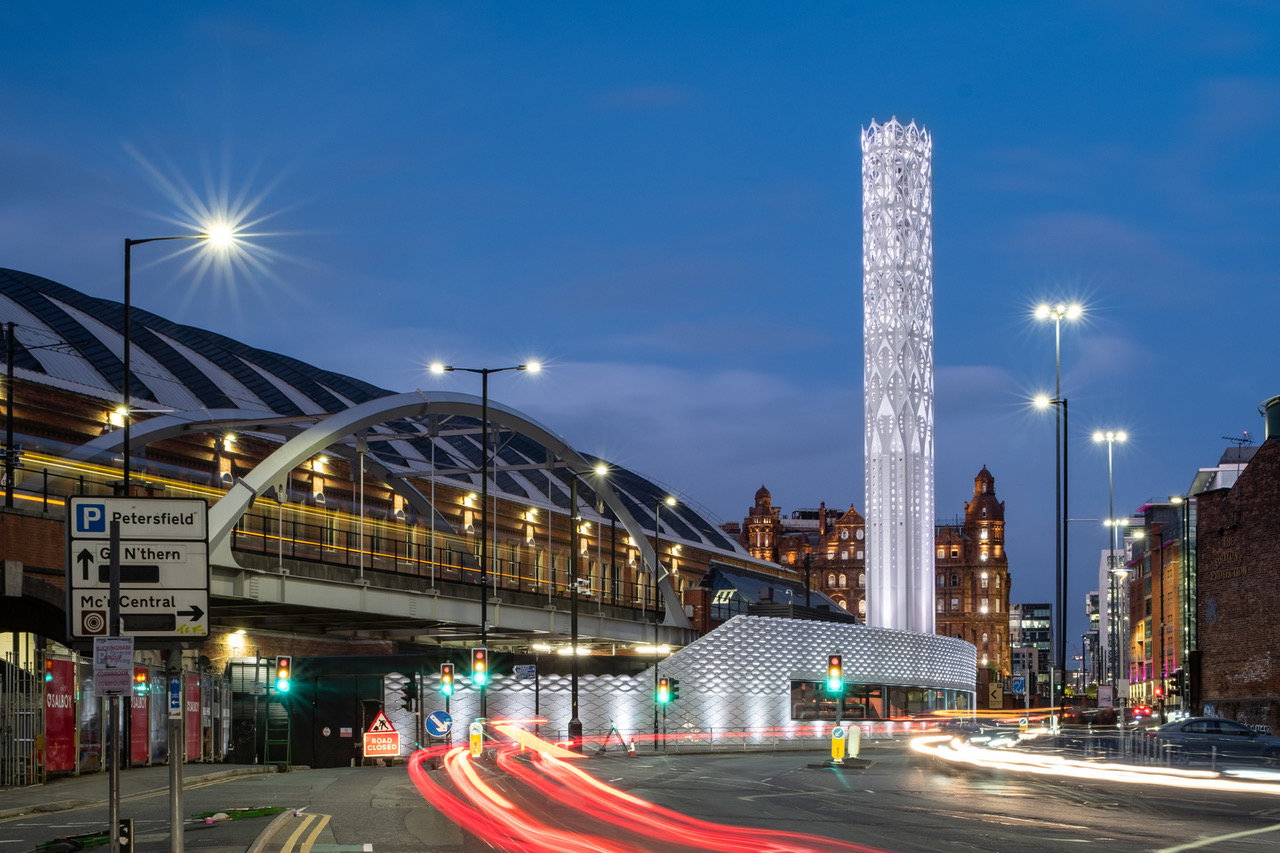 The energy center itself is known as the Civic Quarter Heat Network (CQHN) and Energy Center, providing the neighborhood with low-carbon energy. It’s powered by an engine and two gas boilers, and designed so that can add or adapt to the power supply without disrupting the flow of electricity. Heat from the power-generating engine is harnessed to create hot water, which then runs through insulated district pipework across the city network, improving energy efficiency by as much as 45 percent.