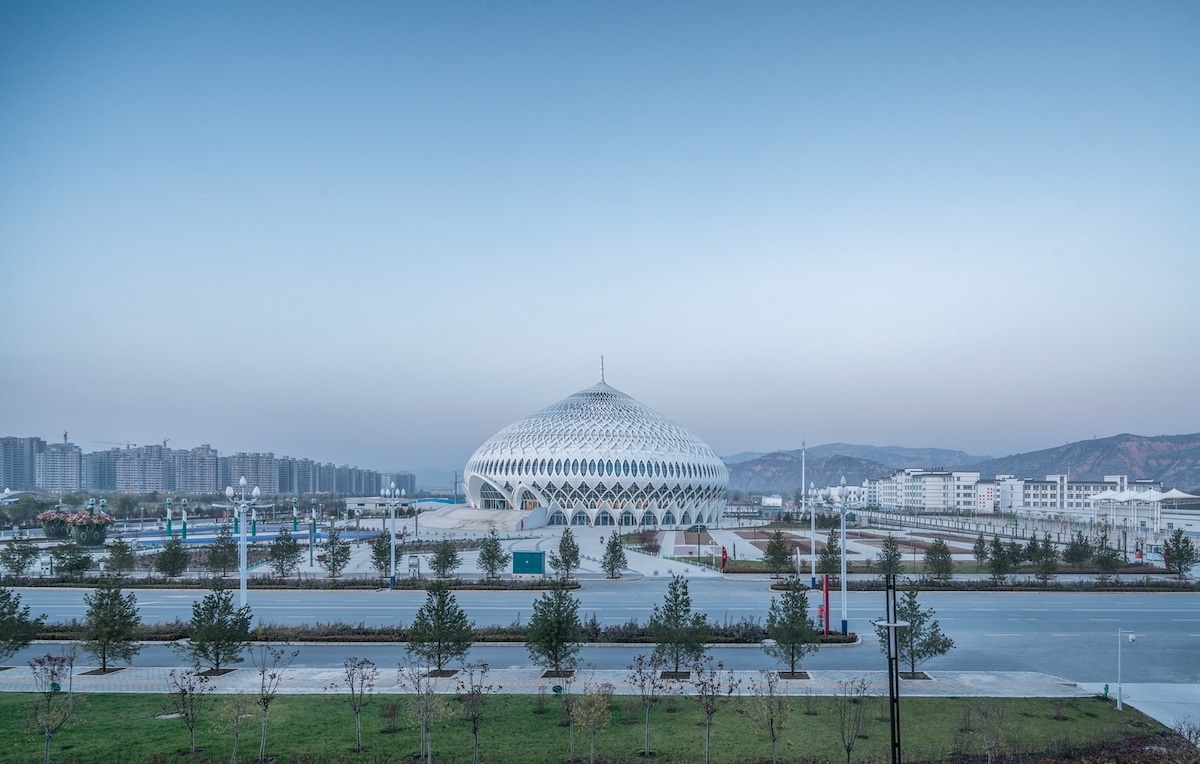 The owners of the Linxia Grand Theater in China wanted their new building to embody the beautiful Middle Eastern design style found in the Grand Mosque of Oman. , the firm chosen for the project, was challenged to use this classic piece of architecture as inspiration while expanding the style for a massive public building.

The new theater is an iconic new addition to the skyline that celebrates Middle Eastern architecture while creating a contemporary building that fits well into the site. One of the biggest challenges for DUTS Design was that the scale of the project is completely different from the scale of the mosque. Linxia Grand Theater sits 150 feet tall and covers an area of almost 175,000 square feet. In addition to the jump in scale, mosques are used for worship and prayer, while the theater required more transparency to share the vibrant events happening within. 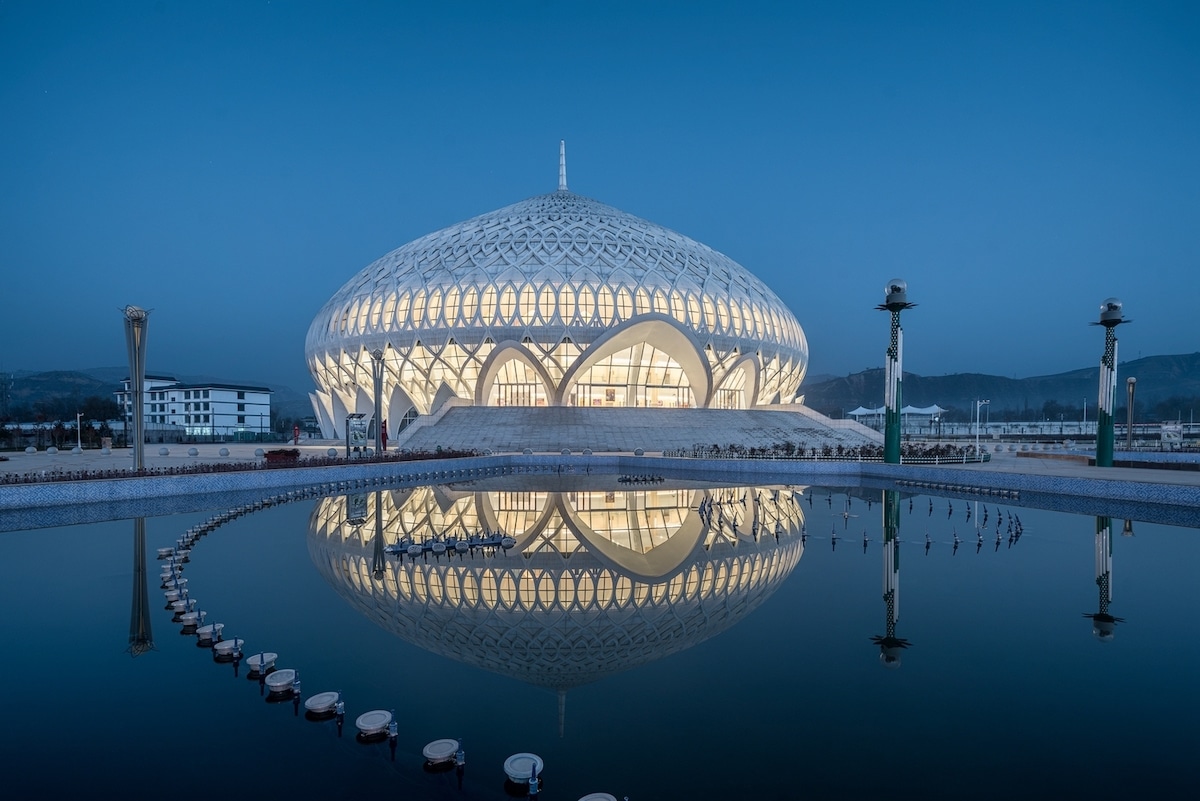 Yet another challenge the designers faced was how to include the detailed patterning of the mosque at this scale. To fit the requirements of a public building without massive concrete elements and too little openings for natural light, the designers created a thick outer skin that covers the top of the dome shape and expands to reveal large areas of glazing as the dome reaches the ground.

On the interior, the Linxia Grand Theater includes a main exhibition space that is capable of accommodating over 1,000 visitors divided between floor seats and pool seats. Though the design was inspired by Middle Eastern architecture, much of the interior is defined by Chinese aesthetics—including a stage in the shape of the Chinese character “品.”

Linxia Grand Theater by DUTS Design is inspired by the Oman Grand Mosque. 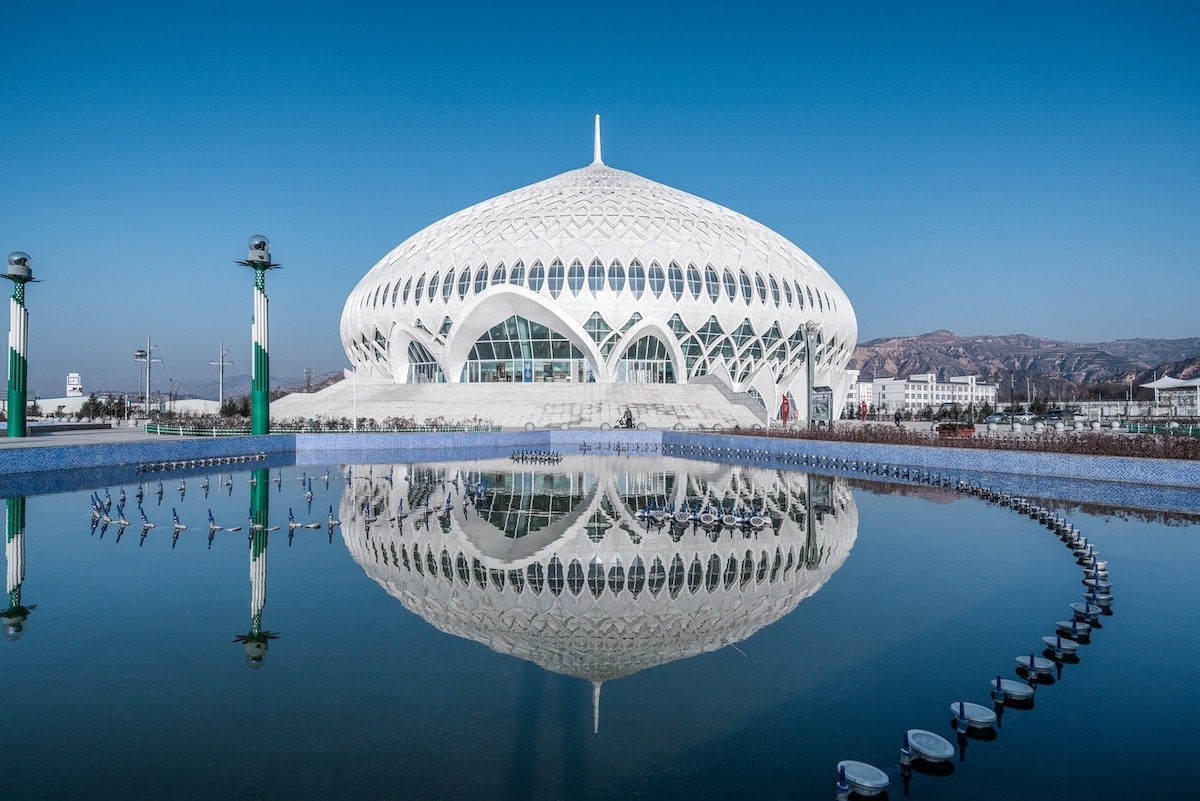 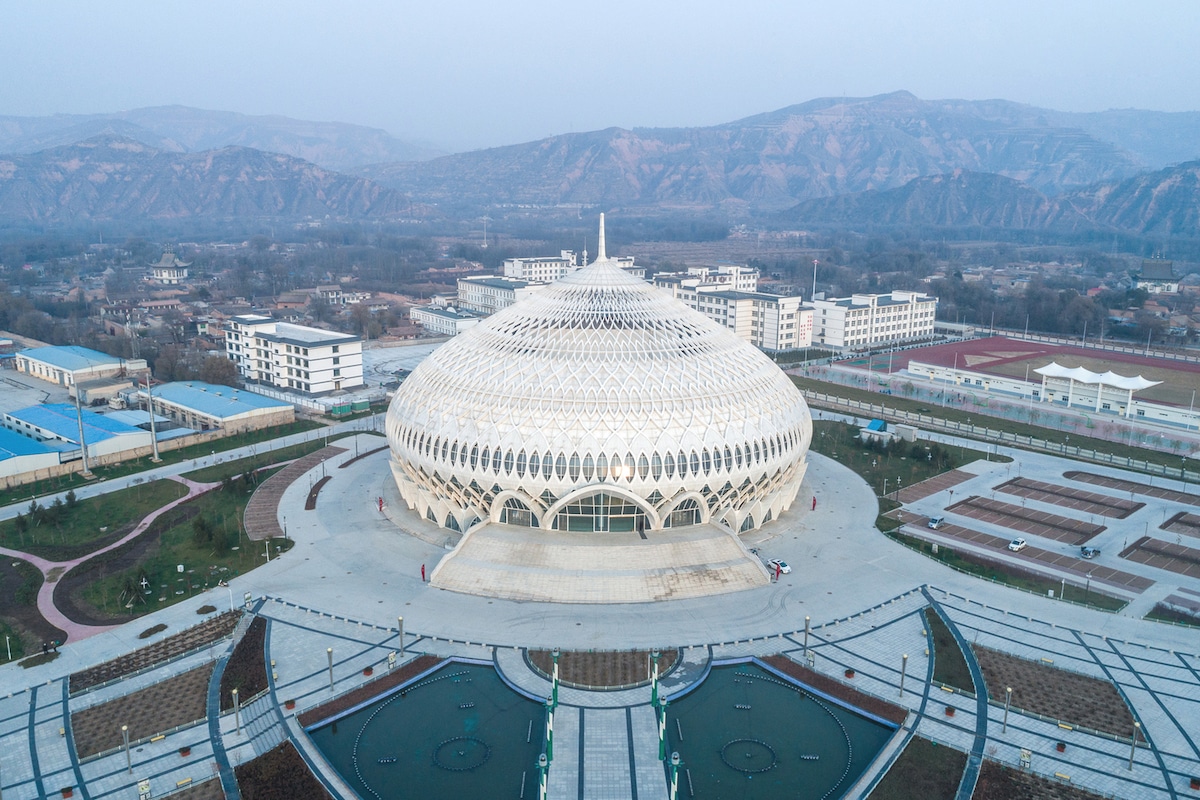 This remarkable venue is located in China, but takes great inspiration from Middle Eastern architecture. 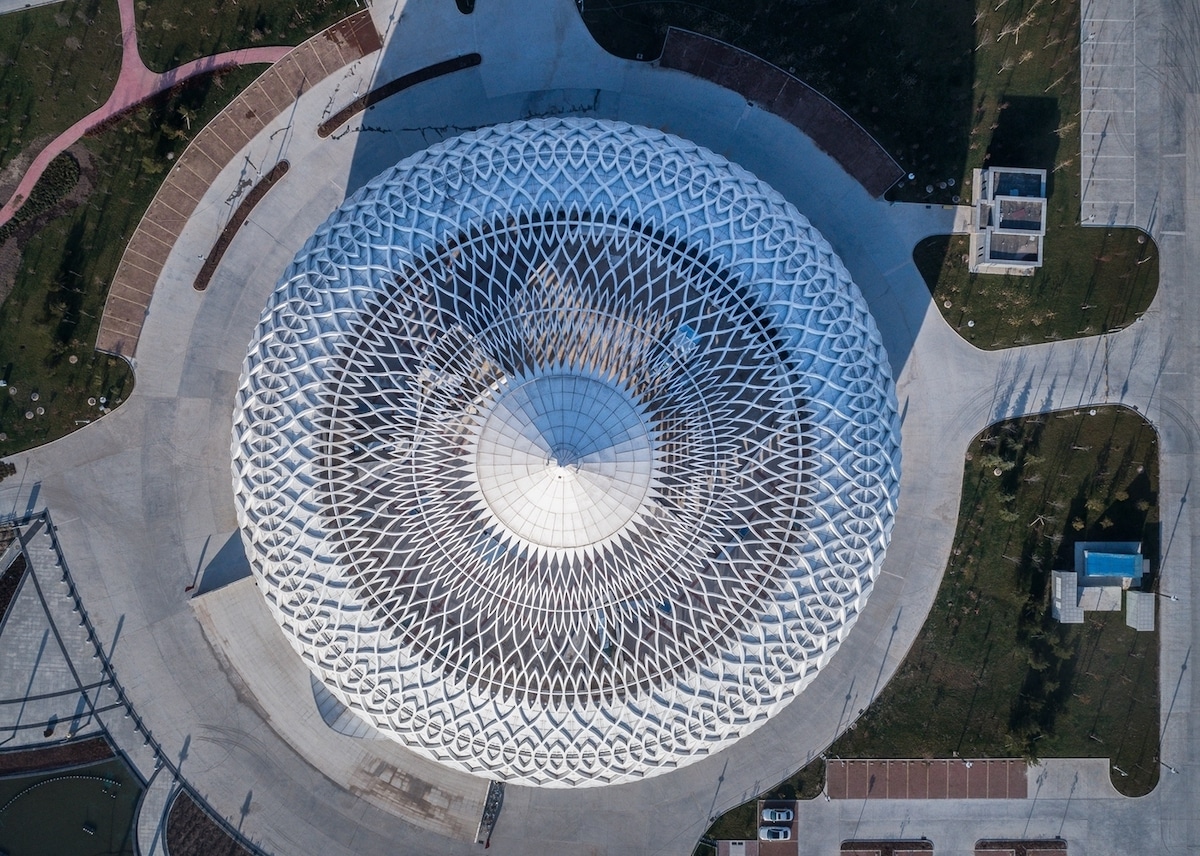 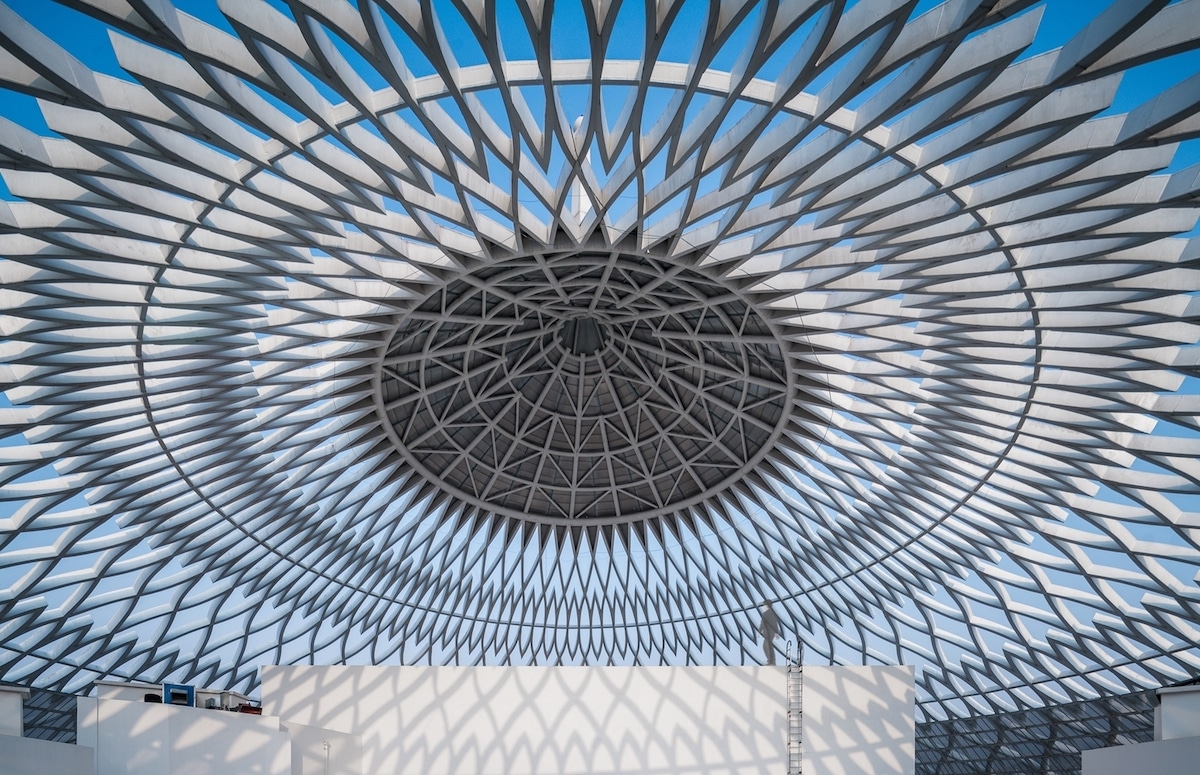 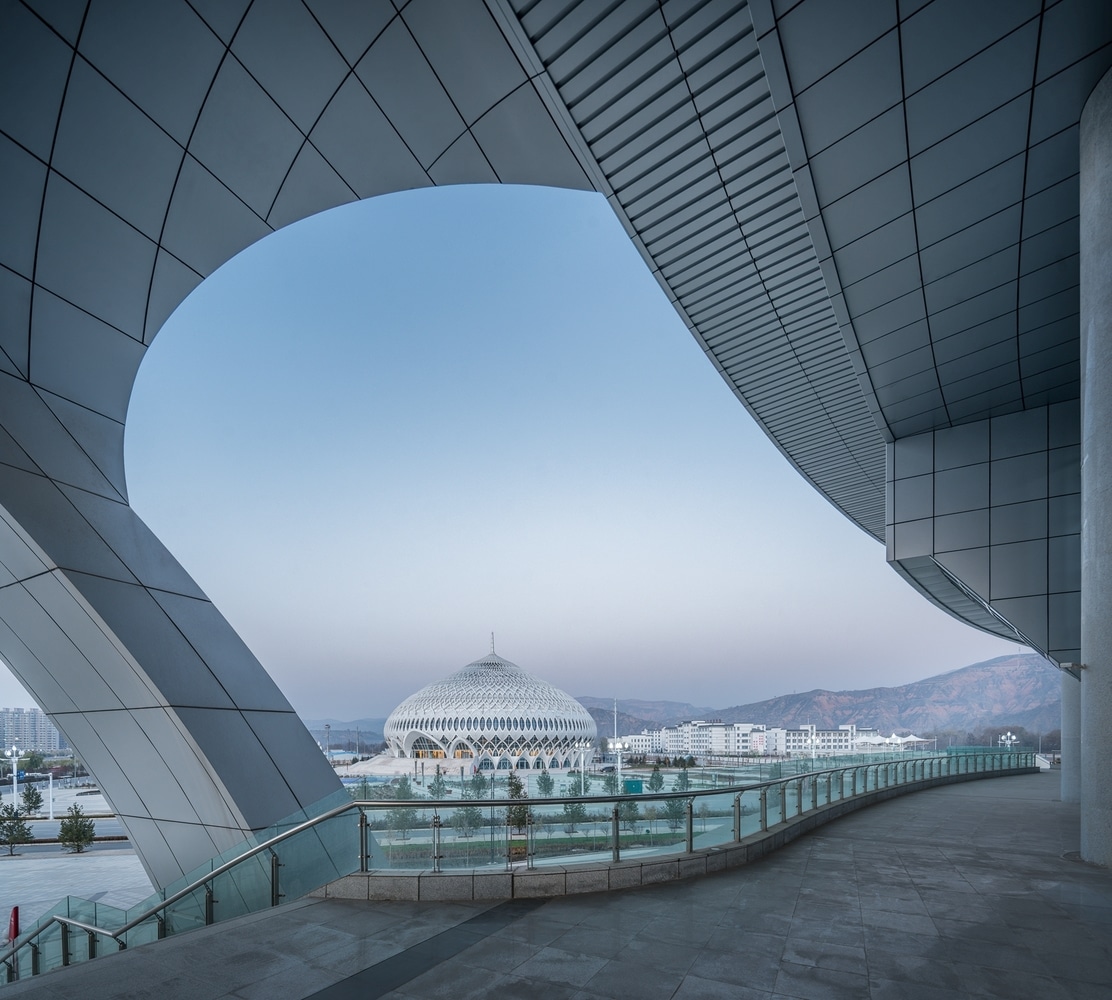 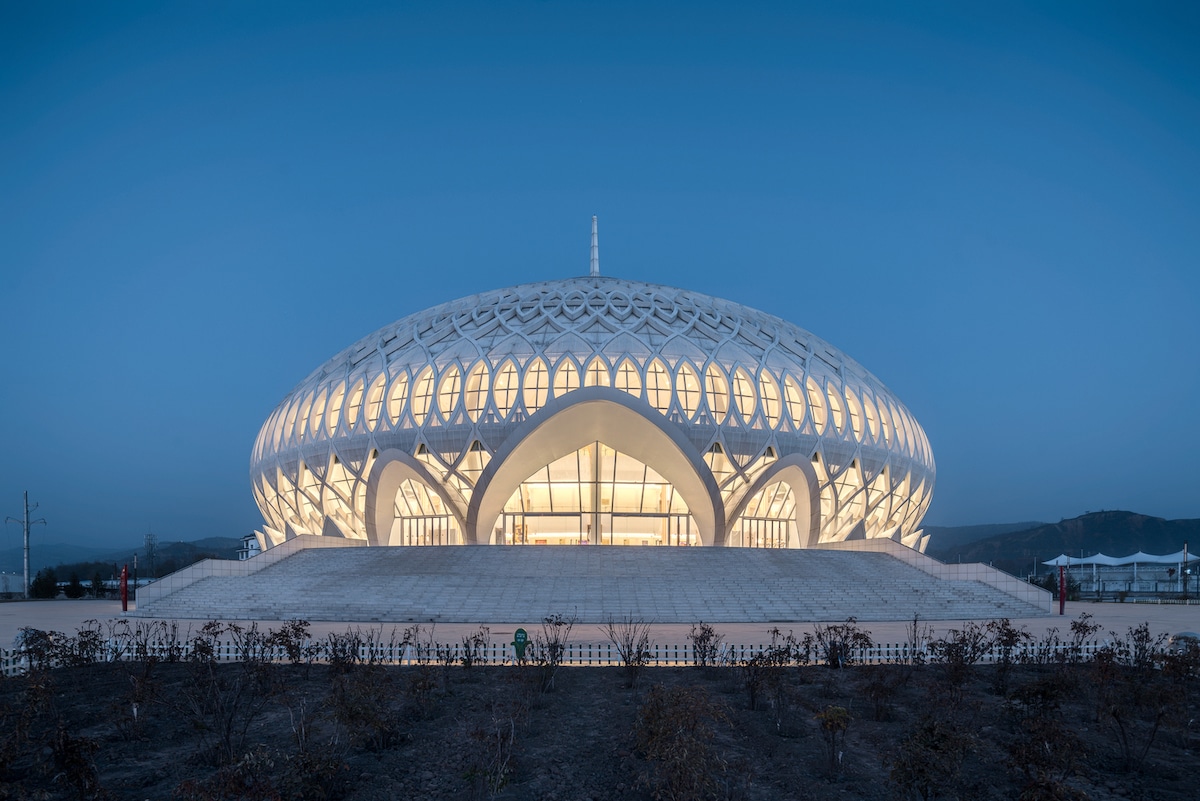 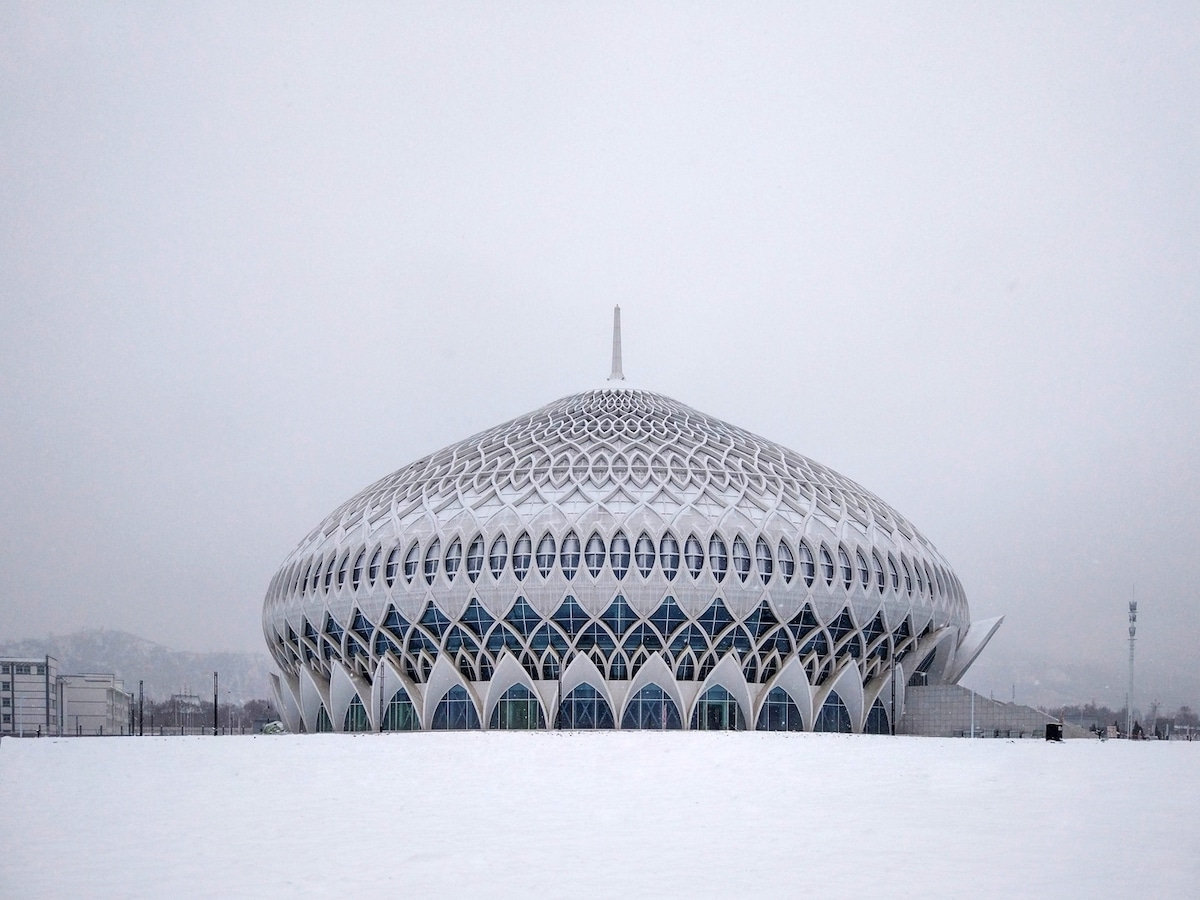 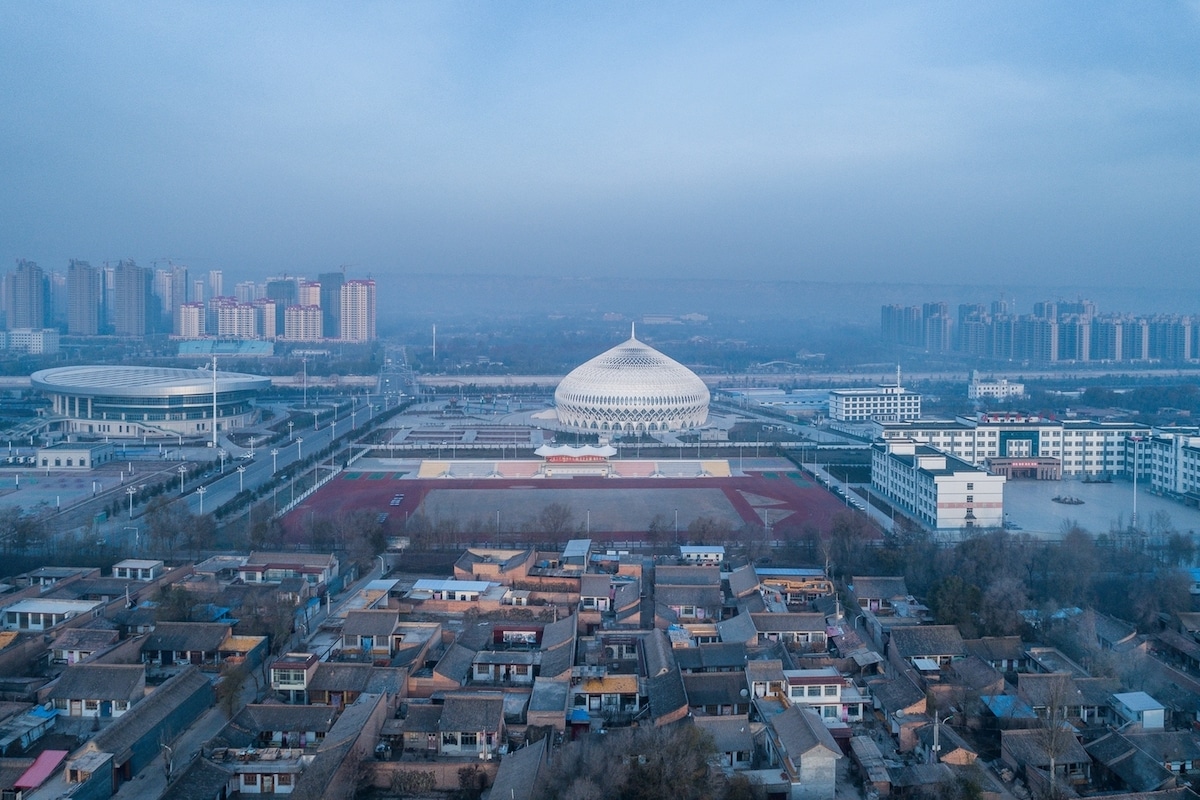 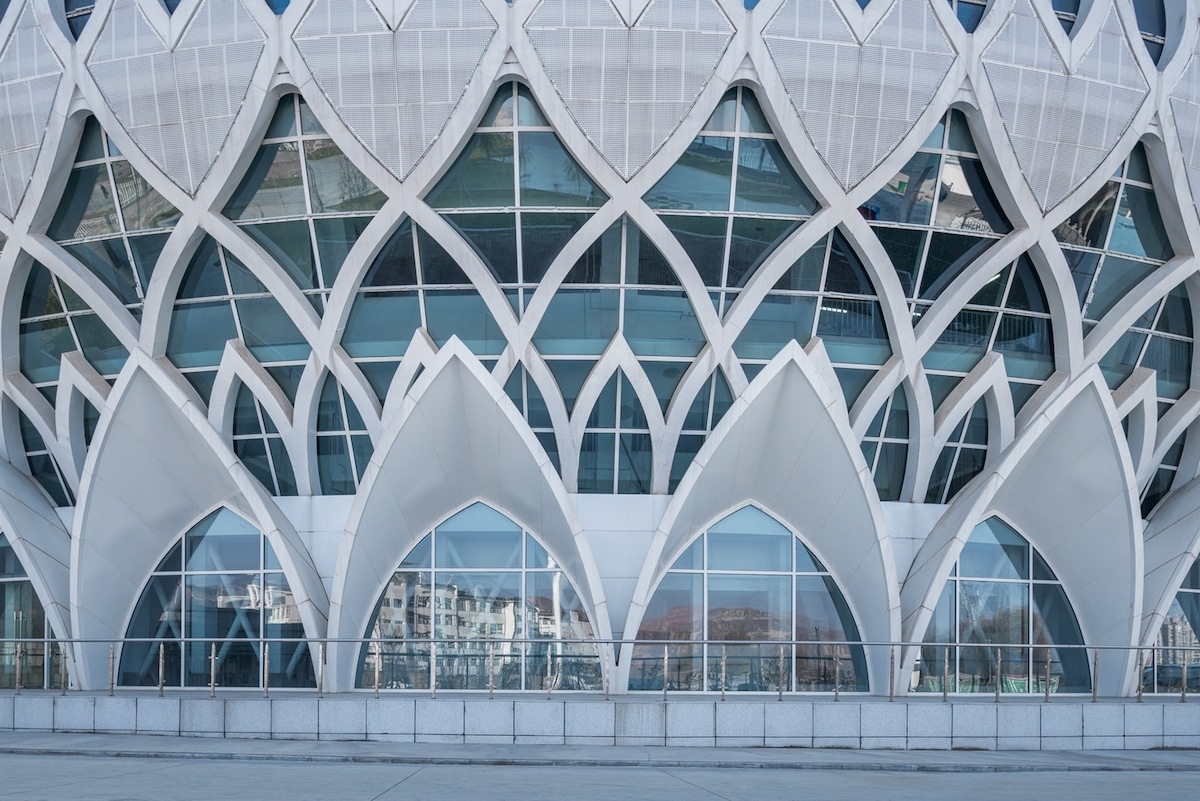 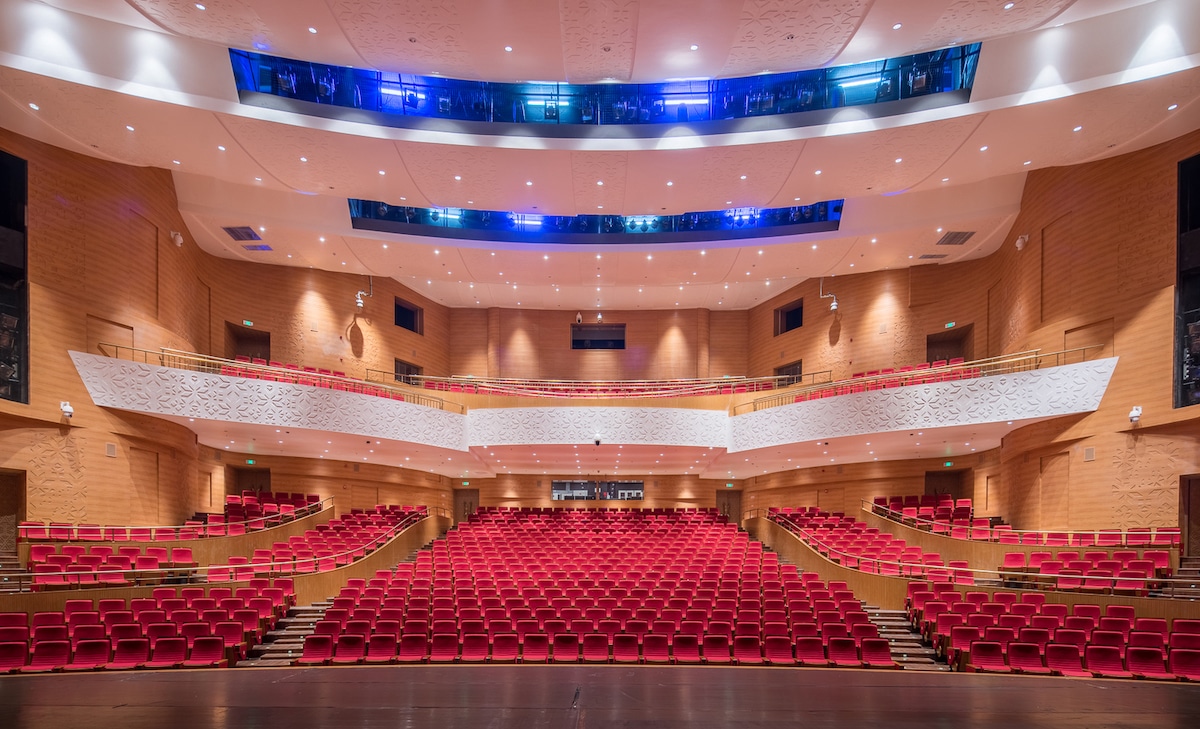 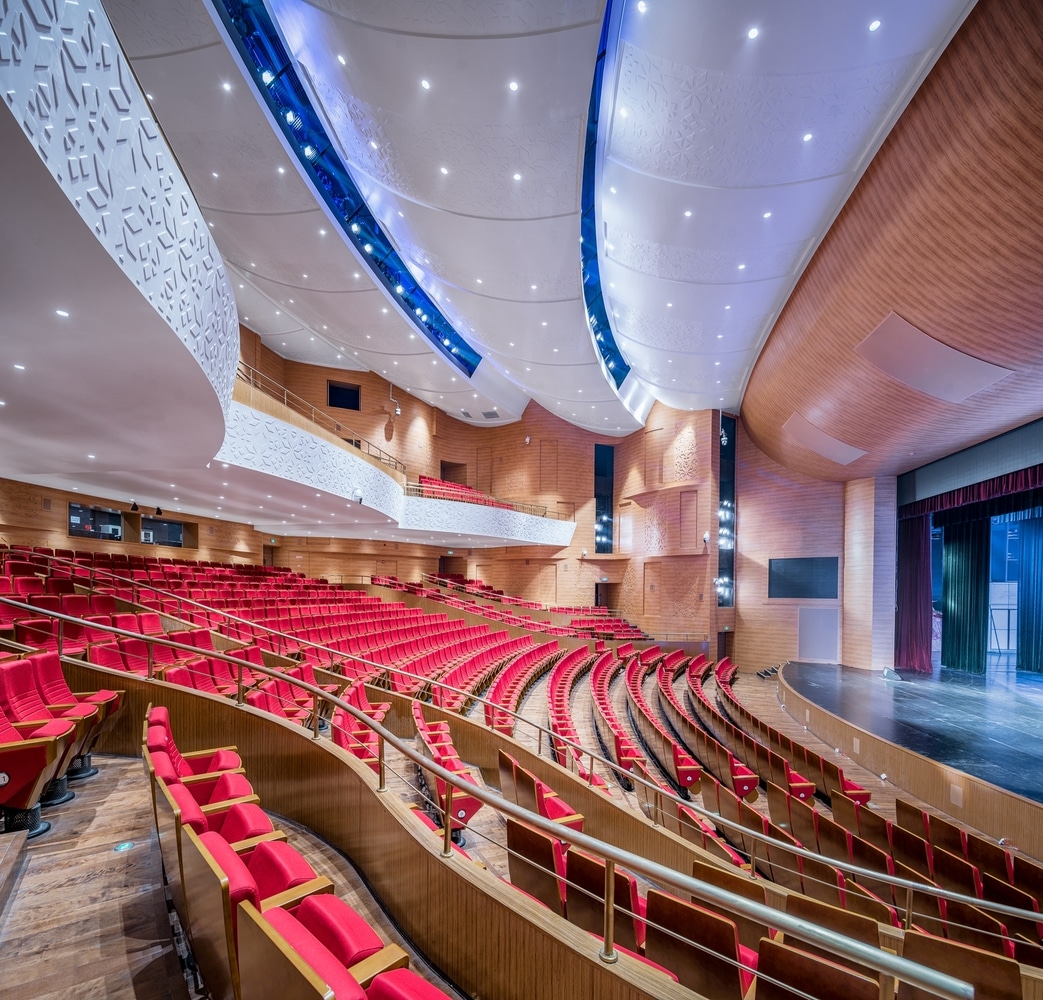 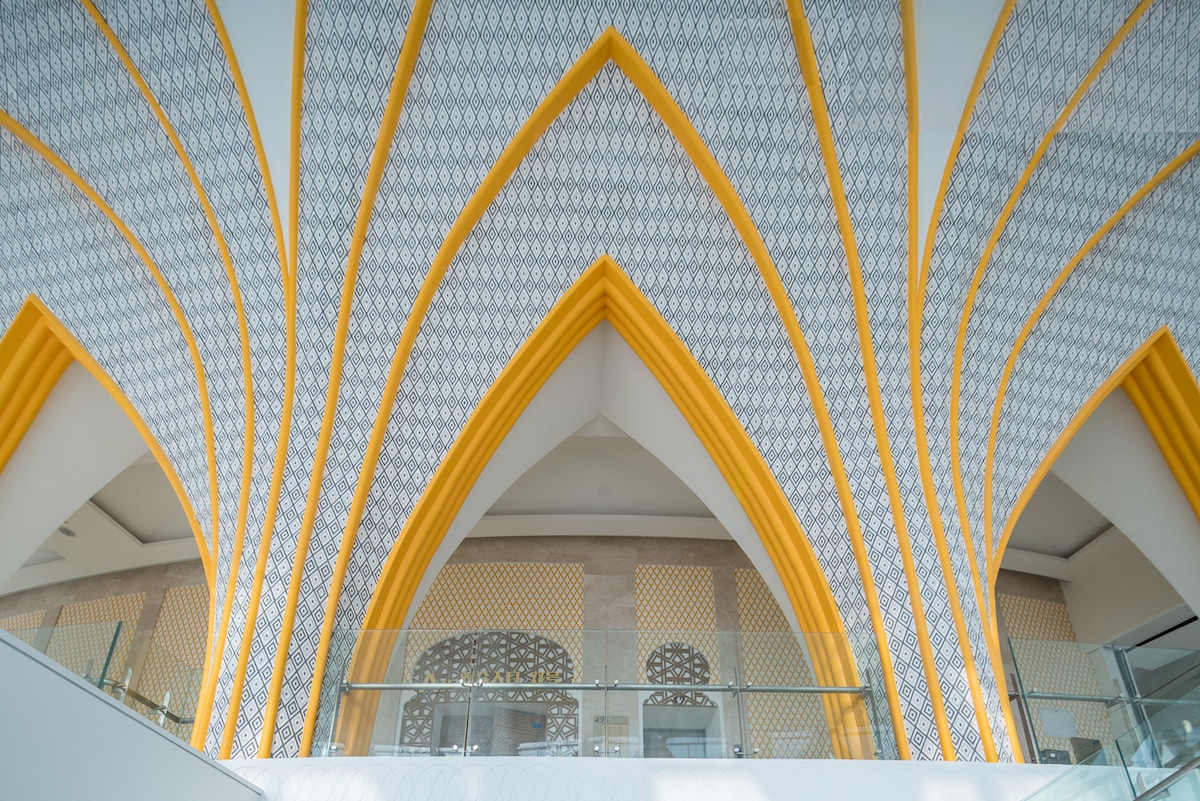 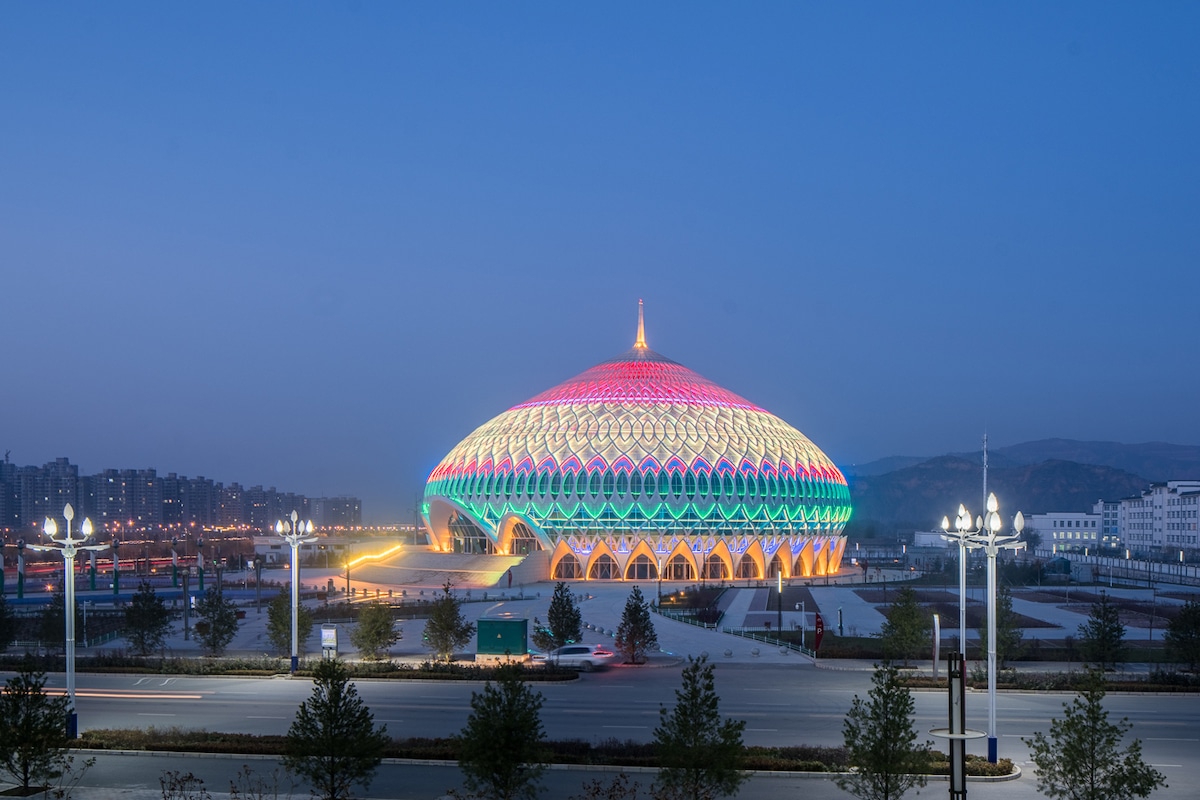 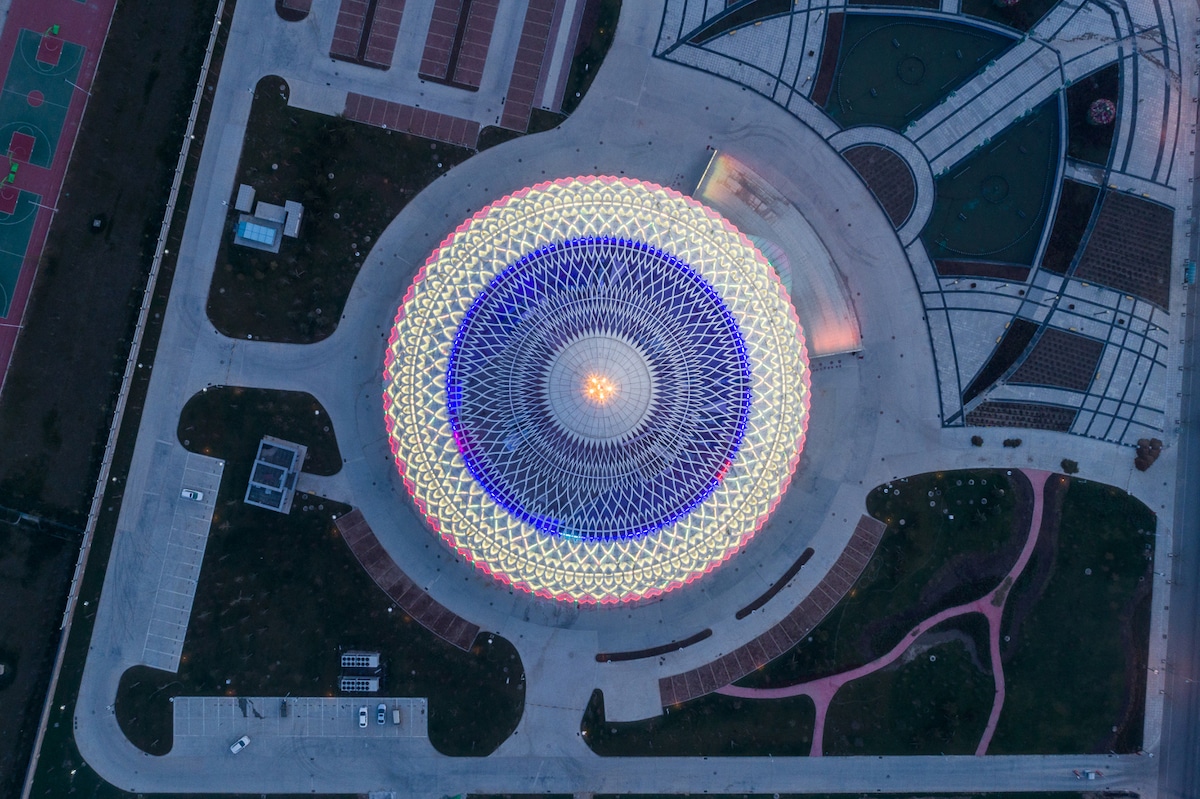 All images via DUTS Design and Qingshan Wu.