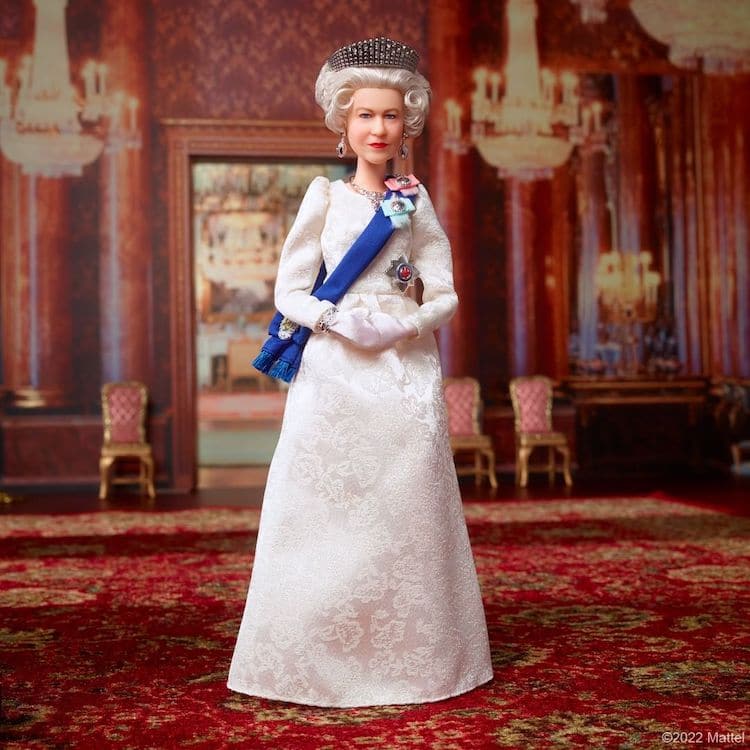 It has been 70 years since Queen Elizabeth II assumed the throne, marking the longest tenure of service by a British monarch. In honor of this historic achievement and Her Majesty’s Platinum Jubilee, has released a special edition on April 21, the .

Featuring an elegant white gown with a delicate floral print, a blue sash, silver jewelry, and of course, a twinkling crown, the new Barbie reflects the monarch’s stately style as well as her royal lineage. The dress, for instance, is reminiscent of the garments she wears in her official portraits, and the group of ribbons attached to the sash symbolize the Royal Family Orders. Likewise, the ornate headwear is based on Queen Mary’s Fringe Tiara, which Queen Elizabeth wore on her wedding day. Additionally, the doll comes with a collectible box that looks like Buckingham Palace’s throne room.

This stunning figurine is the first Barbie doll modeled after a living royal. “For fans who may want to keep the doll in her box to preserve its collectible value, the packaging conveys the majesty and importance of the doll within. Inspired by Buckingham Palace, the packaging shows a hint of the throne and the red carpeting inside the palace throne room and features a crest-shaped logo and a badge commemorating the 70th anniversary of the Queen’s accession to the throne,” Mattel .

The doll retails for $75.99 but is currently sold out due to high demand. In the meantime, you can sign up for restock notifications via and .

All images via Mattel and Barbie.