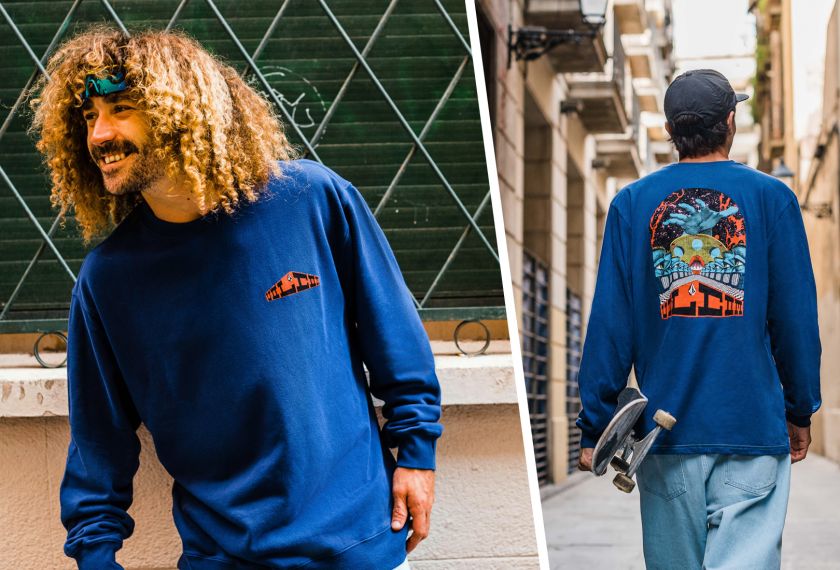 Classic skate, surf and snowboard clothing brand has just launched its latest series for Spring, collaborating once again with artists Max Loeffler and Elzo Durt. Fusing art with fashion it’s part of an ongoing push by Volcom to support creativity, something that has been a commitment since 1995.

Max Loeffler and Elzo Durt are no strangers to the popular Volcom artist series; they’ve previously collaborated on collections and worked on other Volcom projects such as event posters and marketing materials. For 2022, the pair have put their spin on the theme, ‘Parallel Universe’, creating a series of t-shirts, hoodies and sweatshirts in their trademark style.

An illustrator and graphic designer by trade, is inspired by classic surrealists and retro science-fiction book covers – much of which is evident in his work. He likes to add meaning to the mundane, creating illustrations that enjoy a dense and gloomy atmosphere with a dash of weirdly wonderful absurdity. 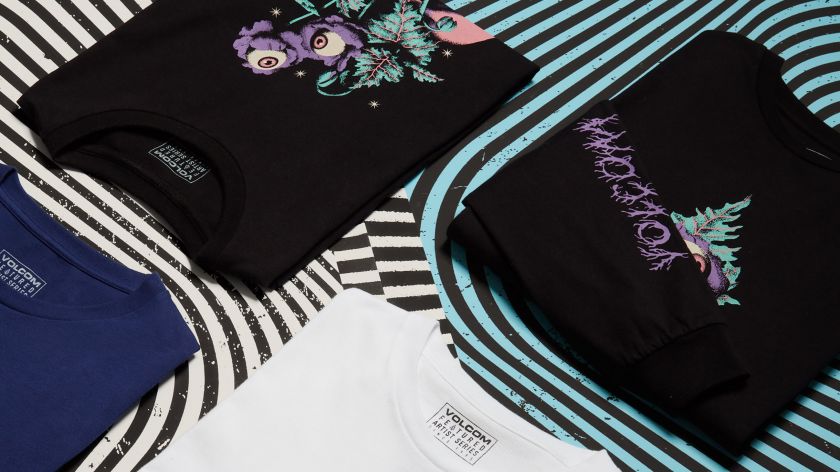 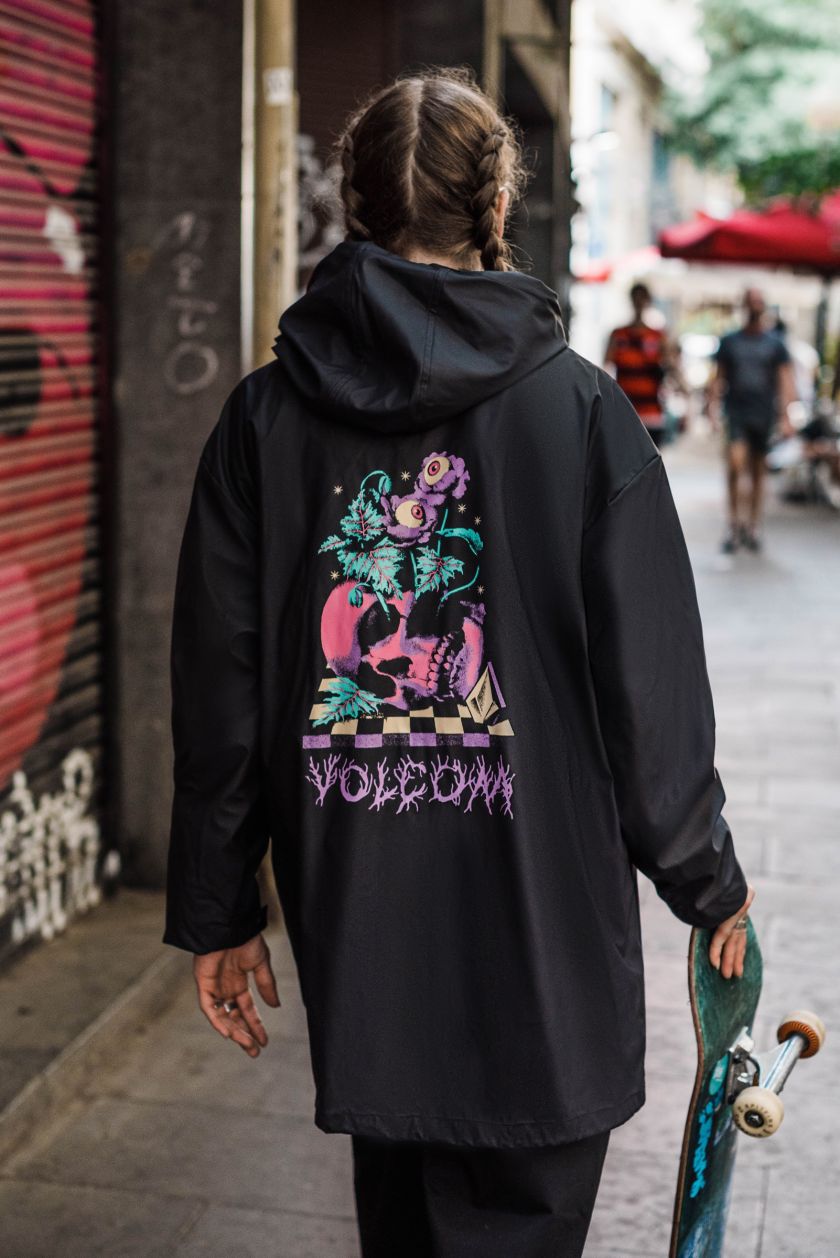 is another creative legend who’s worked with Volcom on many previous occasions. Hailing from Brussels, he grew up heavily entrenched in the punk and skate scenes, dreaming of designing album covers for big bands. Such an aspiration led to a diploma in graphic design. His signature psychedelic style, influenced by punk, sci-fi, pop art and underground culture, can be seen gracing many an album, flyer and design.

With a mixed-media approach of engravings, computer graphics and acrylic paints, he describes his bold style as “collages of elements arranged mystically, assembled with a fanatical accuracy by a wretched creature seemingly under the influence of a gnawing strength, ridden and flogged by a devil from the inmost depth of hell”. 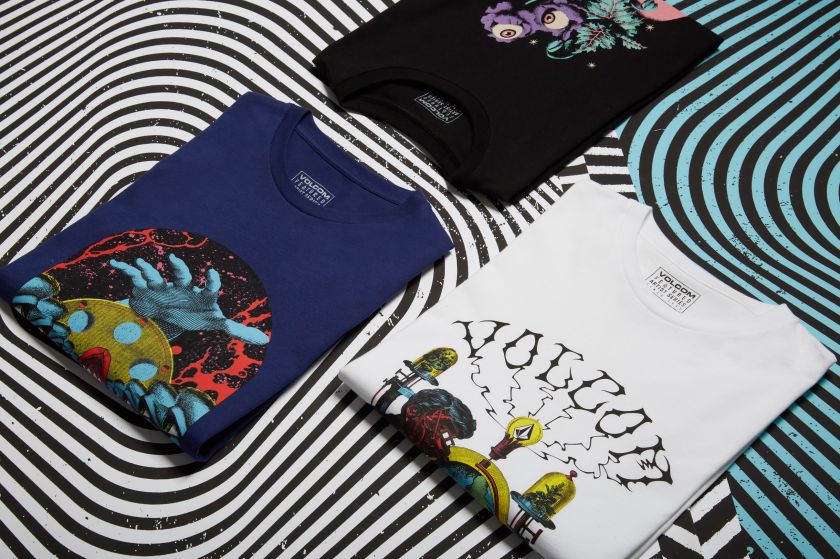 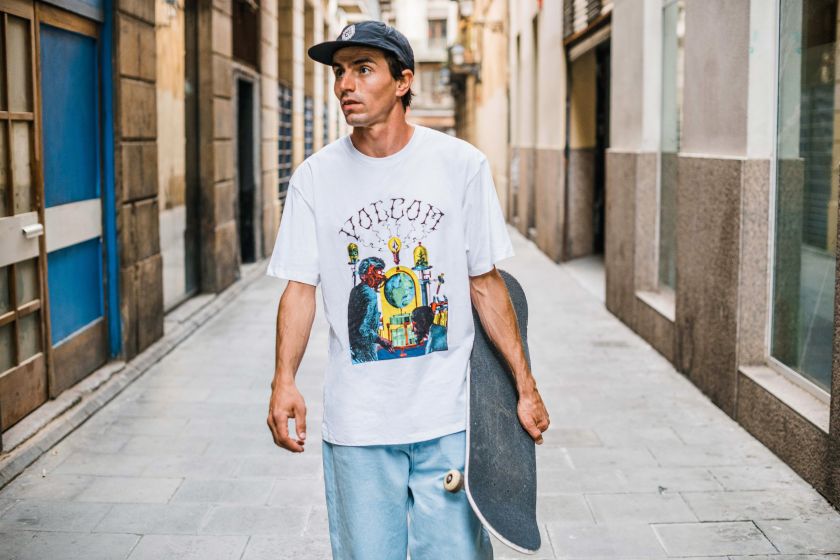 In an interesting addition, both and have created a Spotify playlist to celebrate the collection that can be listened to on the account. Of his choices, Loeffler says: “It’s a mix of all-time favourites, tunes I like to listen to when sitting at a bar and songs for bonfire beers.”

What’s also unique about Volcom’s Featured Artist series is that it treats the collections as artworks in their own right, as they should be. In fact, Volcom is hosting a three-week exhibition of Durt’s creative artworks in Brussels this month with an opening party on 29 February. Want to go? You can book it online .

Meanwhile, Loeffler’s and Durt’s art has been turned into 120 limited-edition screen-printed posters, available to win at 120 Volcom retailers throughout Europe – just ask your local shop. The new Featured Artists collection is now available at and its stockists. 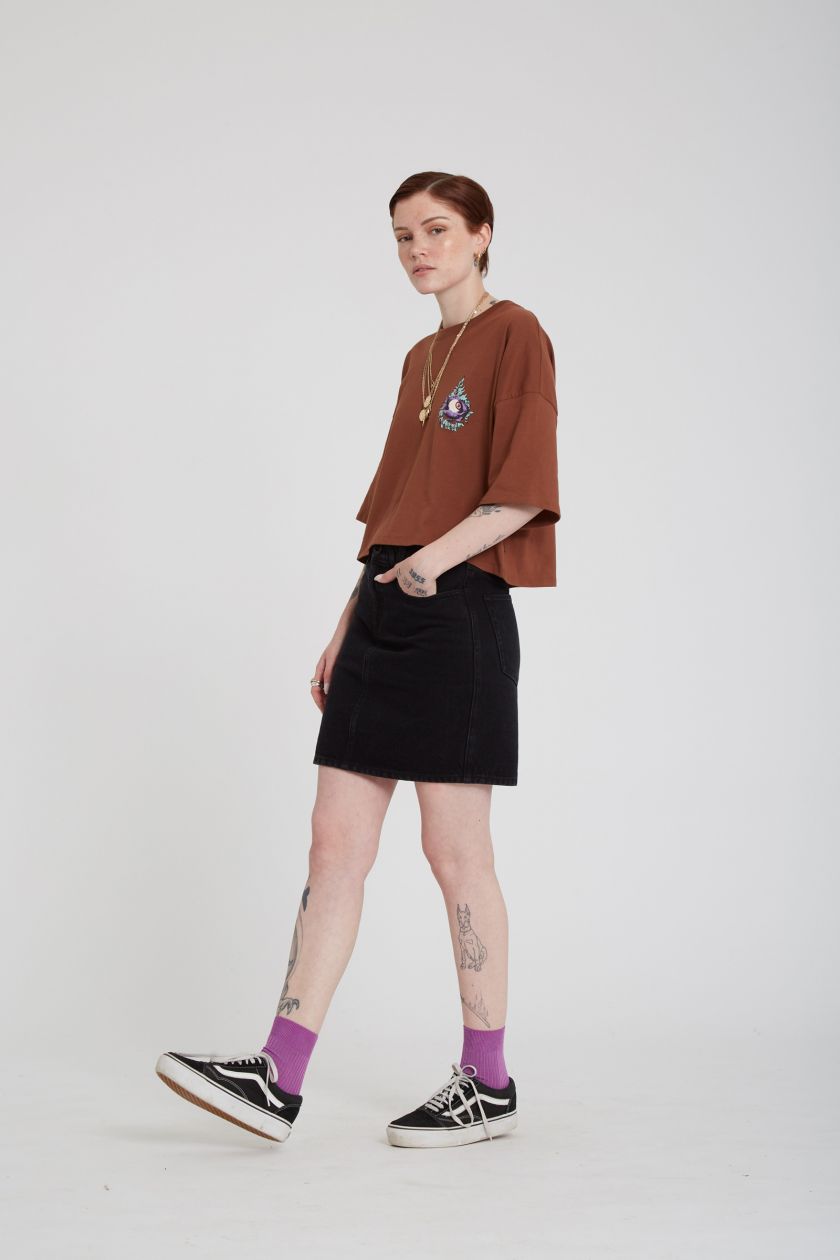 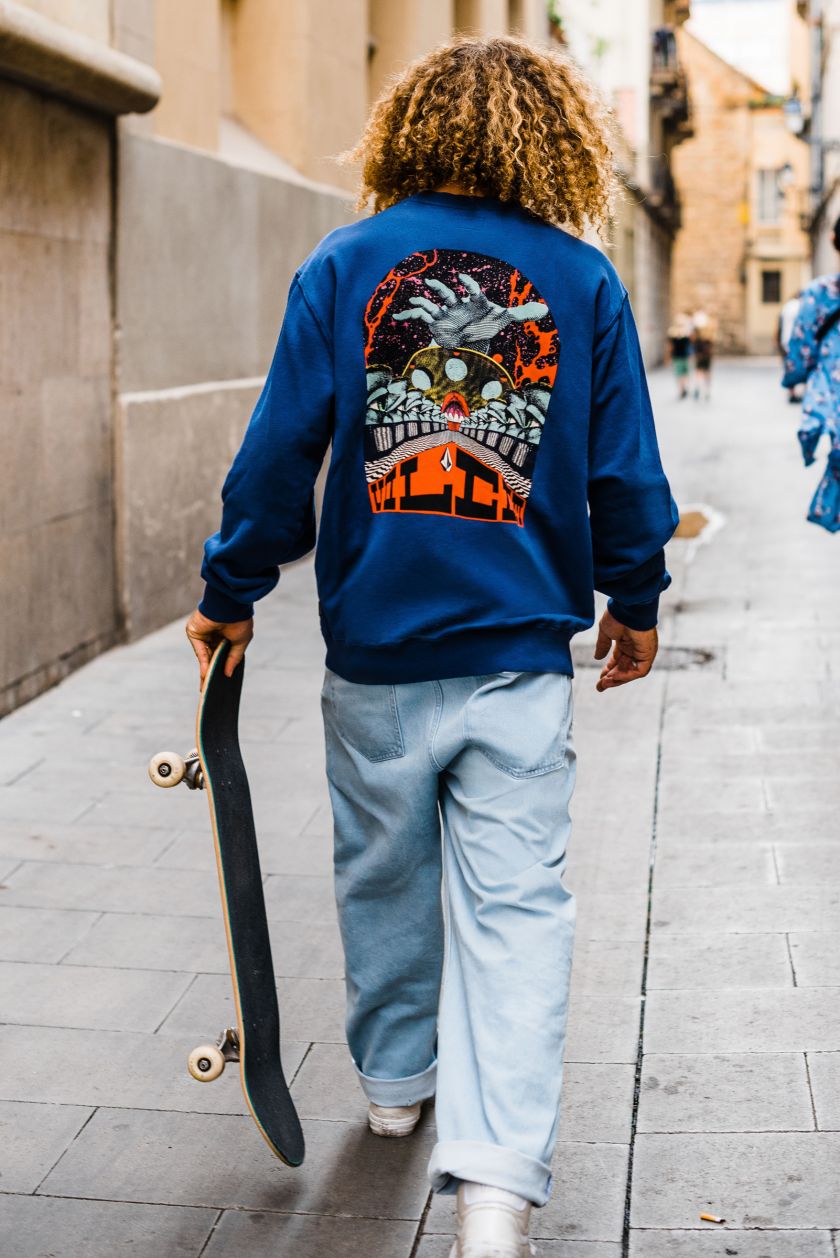