Maxime Rouysset on experimentation, play and finding inspiration in the most unlikely places 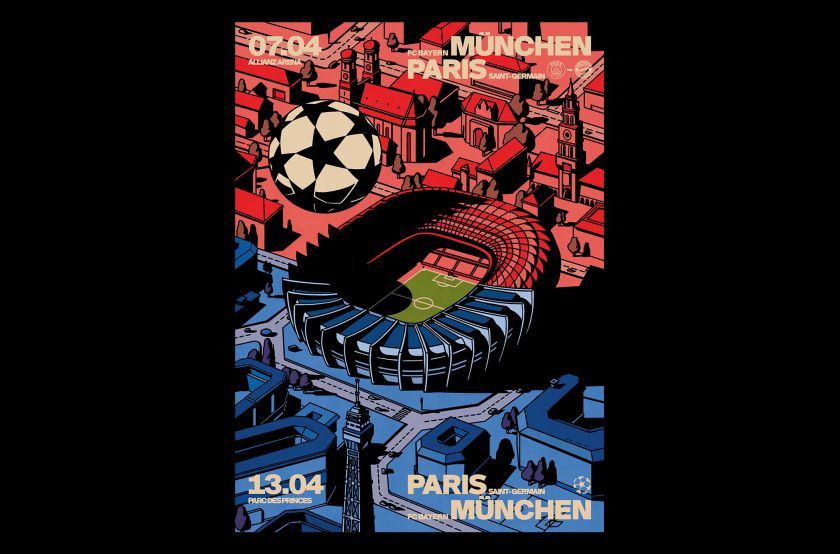 Inspired by all sorts – from design studios to film – the Paris-based illustrator is able to craft a solid narrative through her work.

For Paris-based , inspiration can come from a few different directions. The first could be a football match, the lively and energetic kick of the ball, or the team’s comradely. It could also be a post on Instagram that get the cogs turning, either from 50 Watts or Jardin Robo. Or even the narration of Guy Billous, the black and white lithographies of Felix Valloton, or the incredible work of studies such as Mark Bohle, Yukiko, Büro Bum Bum, Mirko Borsche or Moonsick Gang.

Whatever it is, these sources fuel and give life to Maxime’s own illustrative style – one that’s comic book-esque and riddled in colour. “I usually check who the director of photography is in the film’s end credits,” she explains. “I’m fascinated by this job which is as important as a director.”

These cinematic inspirations are certainly evoked throughout her work. From the theatrical to the staged, each of her illustrations tells a story. It’s probably because a large portion of her work is based on commissions for newspapers, so she’ll often pair her visuals with the pre-determined narrative from an article. “It’s a short and intense collaboration with the art director,” she shares. “After reading the article’s first draft, I spend some hours thinking about the concept. It means a lot (and a lot) of quick sketches on paper. Concept, frame, and movement are the three most important things in a good illustration.” 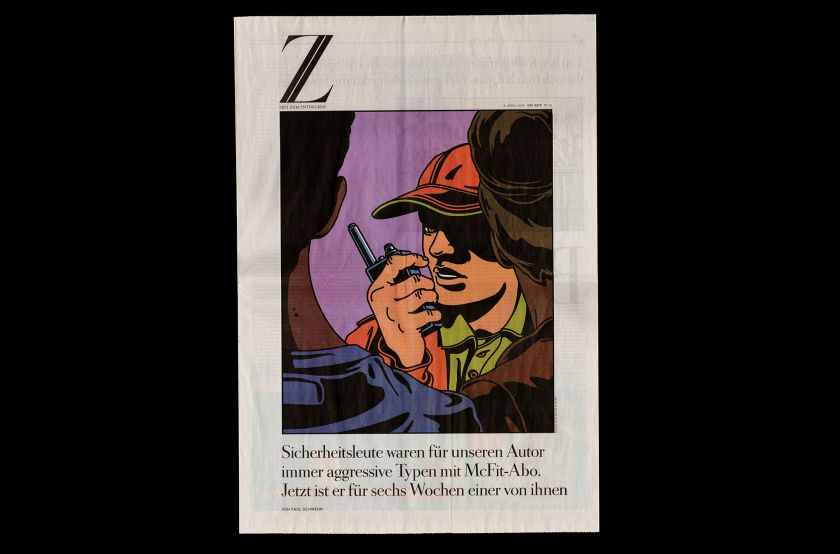 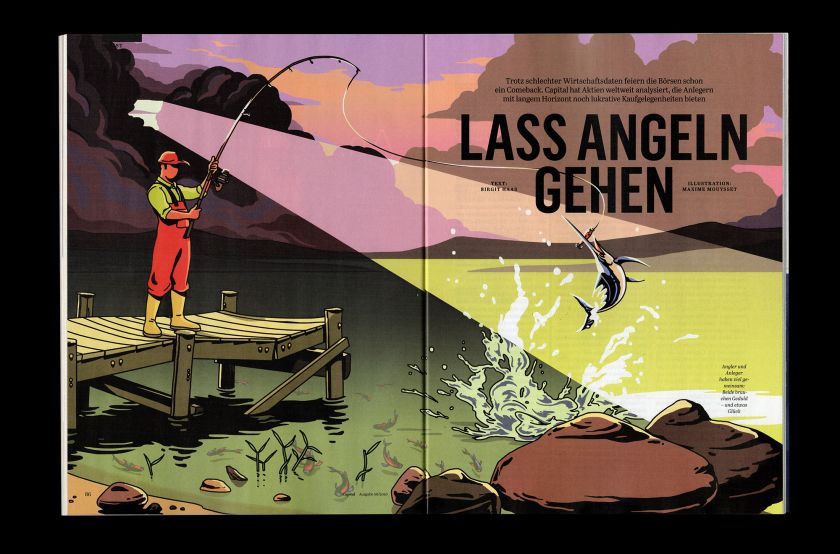 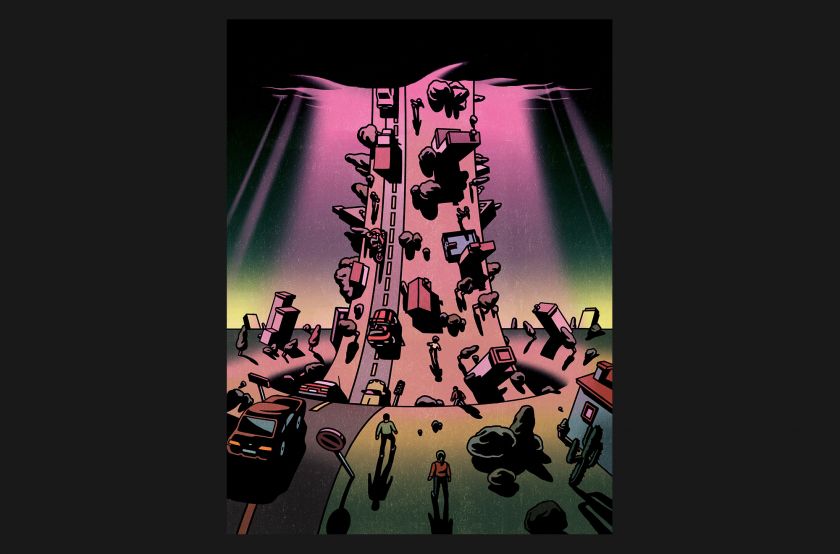 Rather than illustration, Maxime’s background is surprisingly in graphic design. Yet this experience has undeniably influenced the work she produces today. Everything is orderly and structural, almost grid-like, as she complies her ideas into graphical compositions.

Originally from Toulouse in the south of France, Maxime went on to study at HEAR in Strasbourg before moving to the capital city around five years ago. Her most recent works exemplify this, like a piece she created for L’Equipe. Denoting a slide structure positioned amongst a dystopian, Matrix environment, this one’s a favourite because she thinks she succeeds in showing a “complex idea in a simple way”, particularly through the use of colour. Another is an illustration for Magma, a Norway magazine, which features a subject injecting a USB into a laptop. A familiar scene for many, she says, “Thanks to the frame and zoom, I sum up a boring topic which is a student’s presentation at school.”

Having just finished up a big comic project for Nike, Maxime explains how she had the opportunity to design the text and “onomatopoeias”. She adds: “It was really fun to play with onomatopoeias. It’s an interesting tool to show movement. They give me ideas for some potential future projects.” The coming months are looking bright. Maxime hopes to play around much more with her illustration style and process. “I’m testing and mixing different mediums on paper. It’s more abstract than my illustration, which you can see on my website. I have no exact plan with these experiments. Let’s see.” 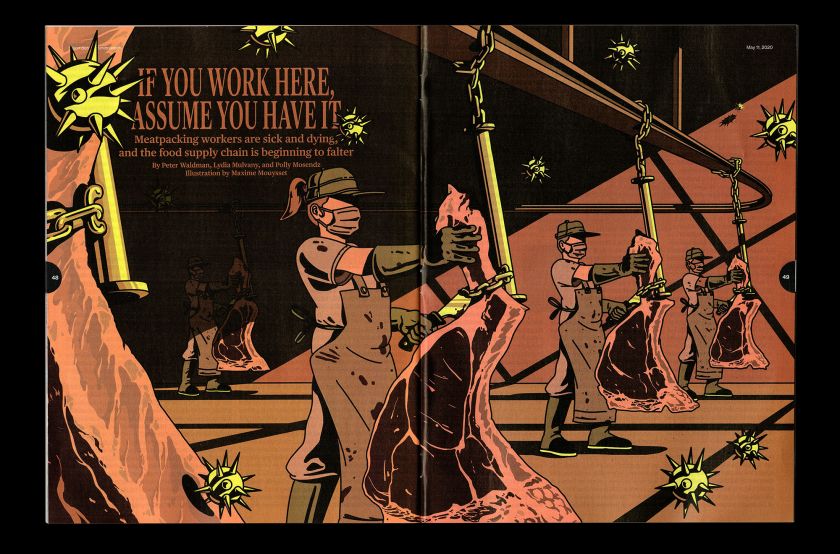 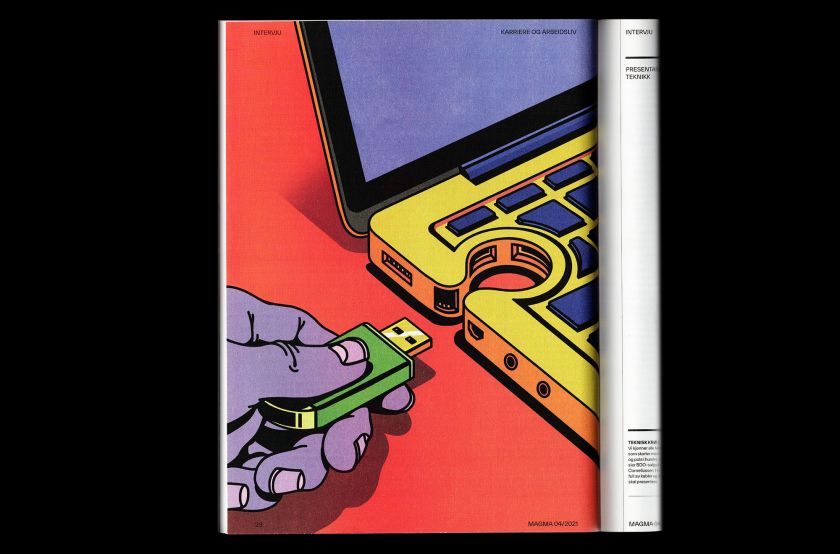 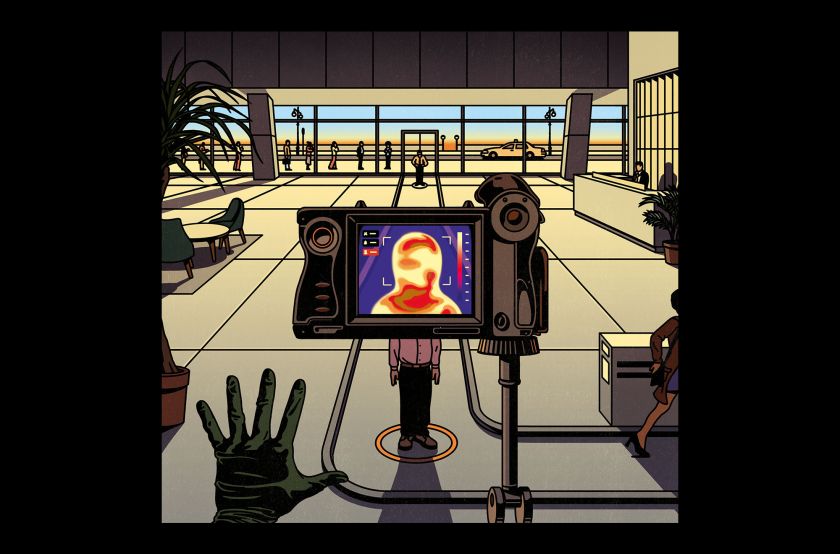 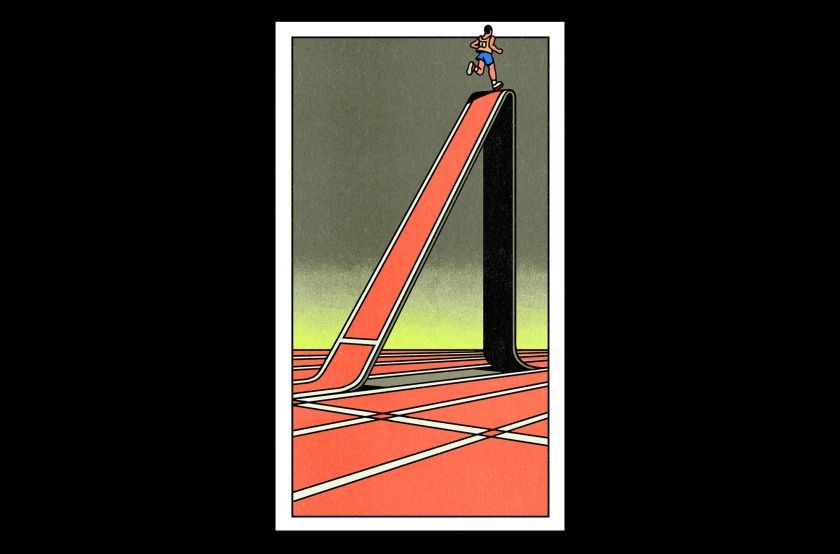 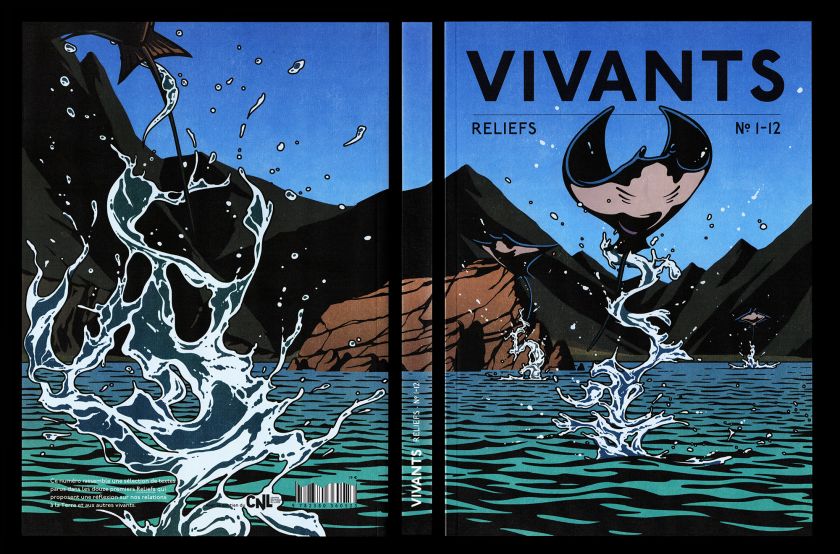 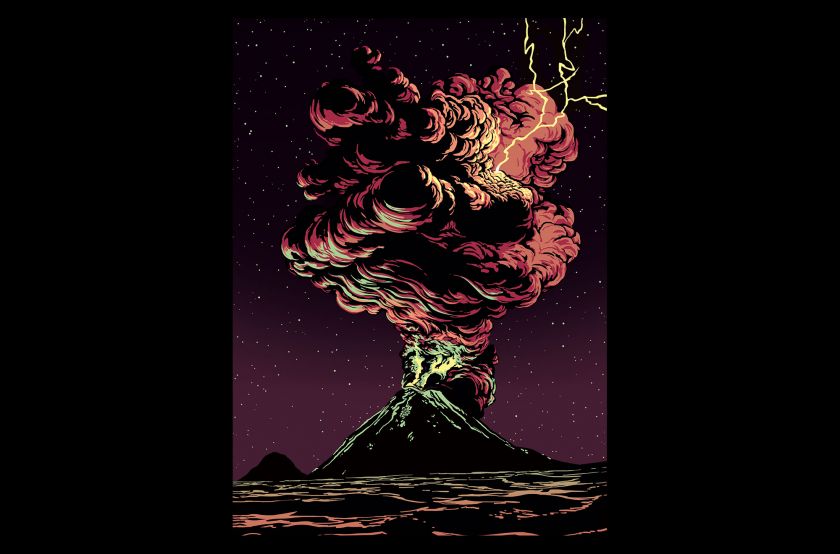