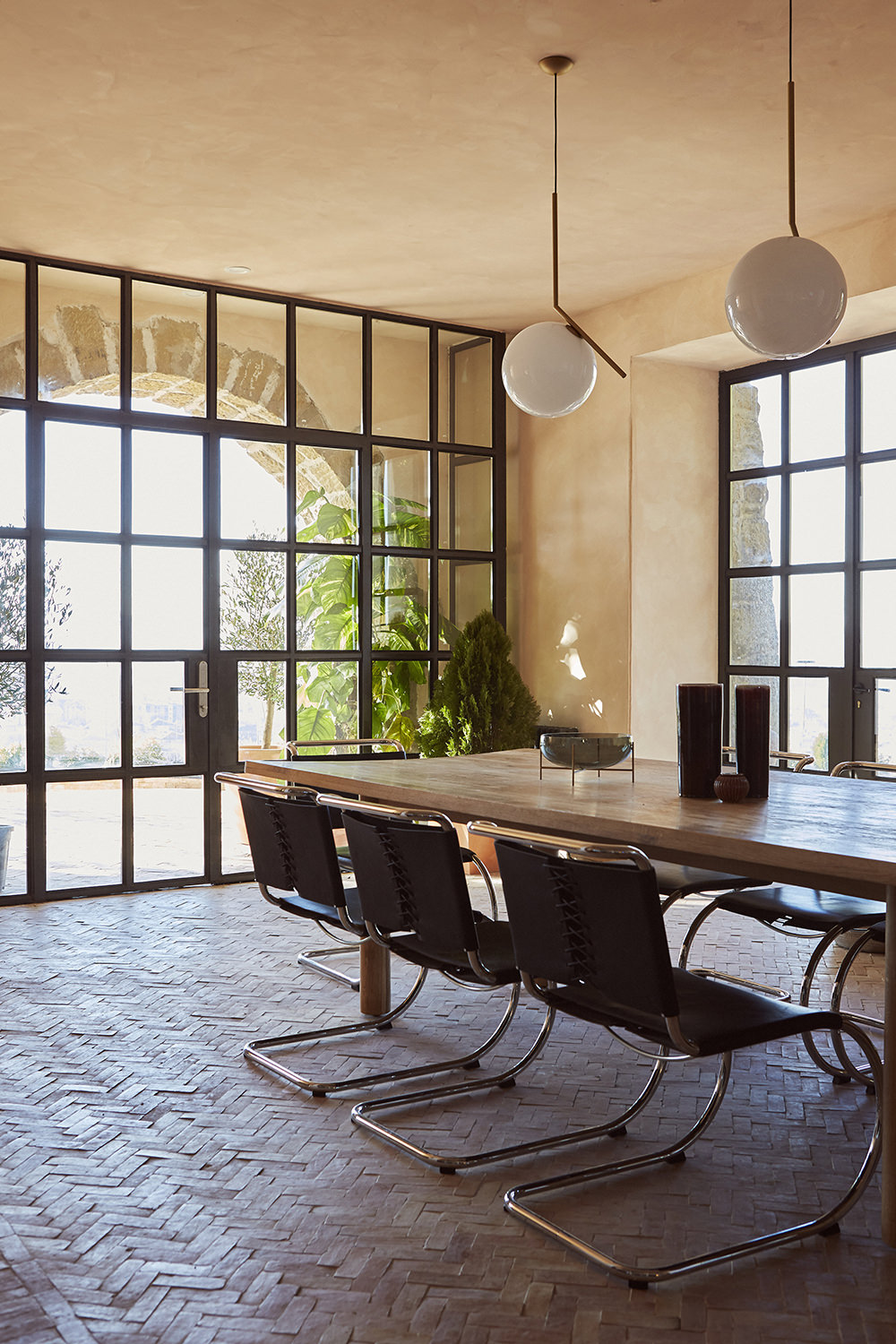 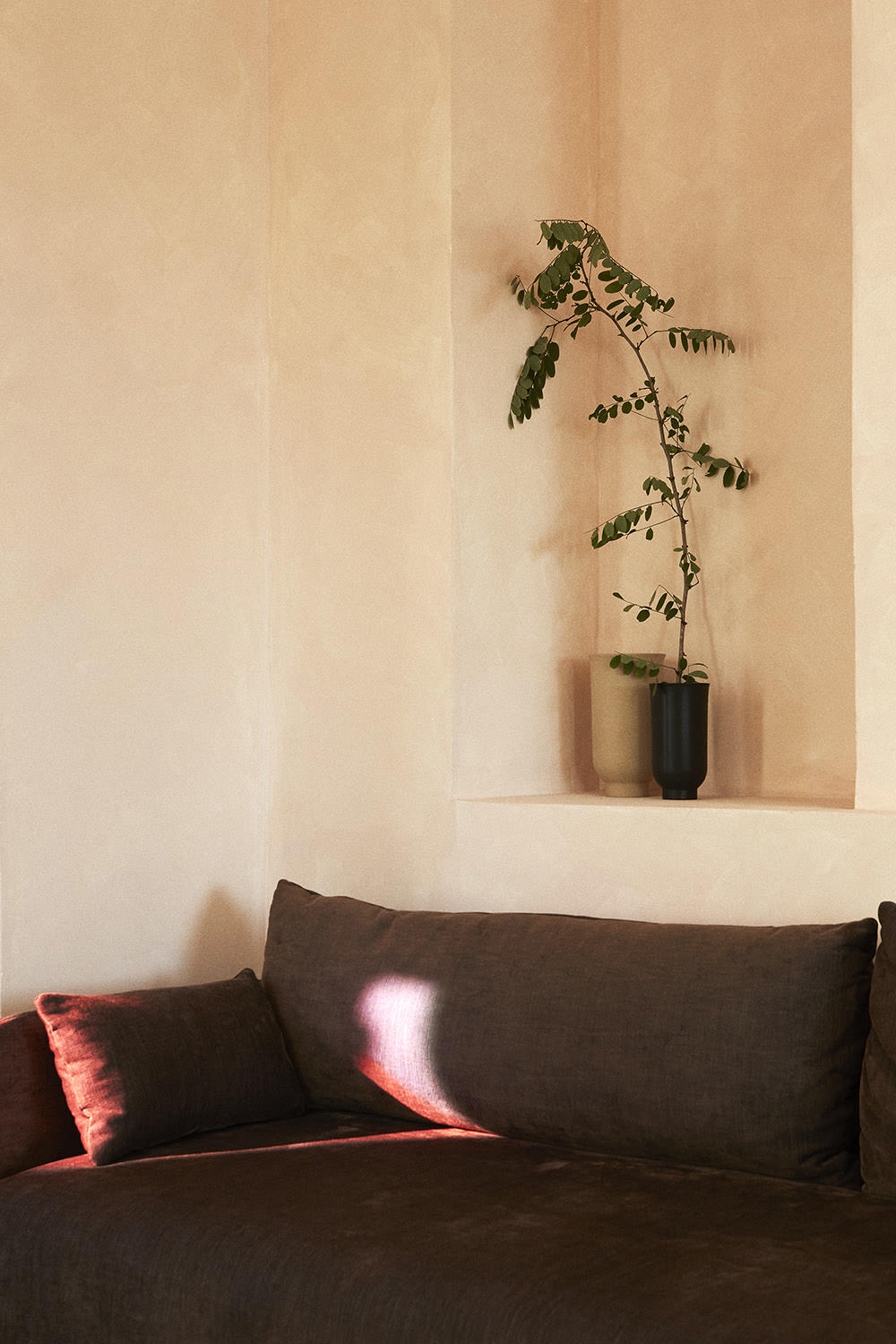 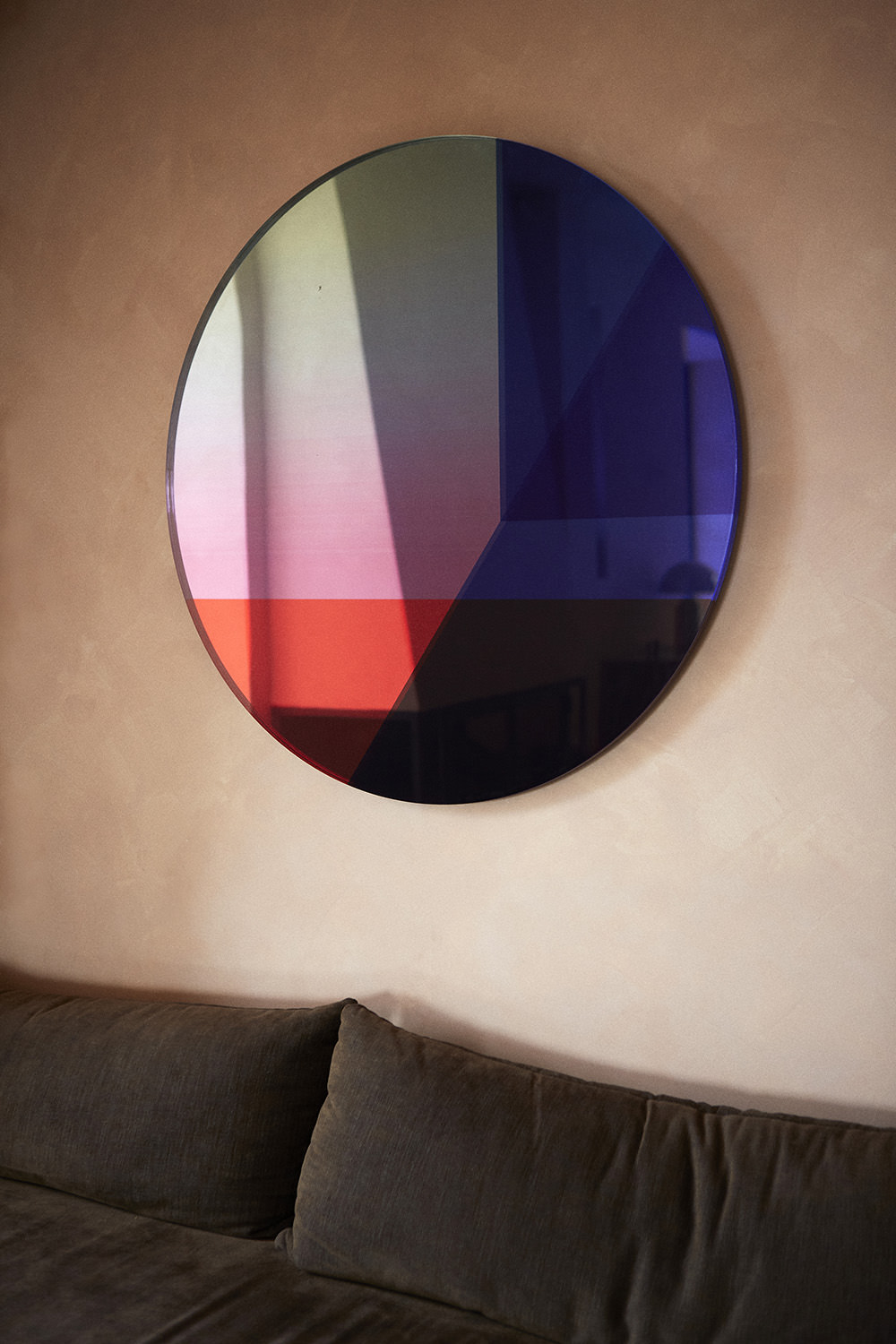 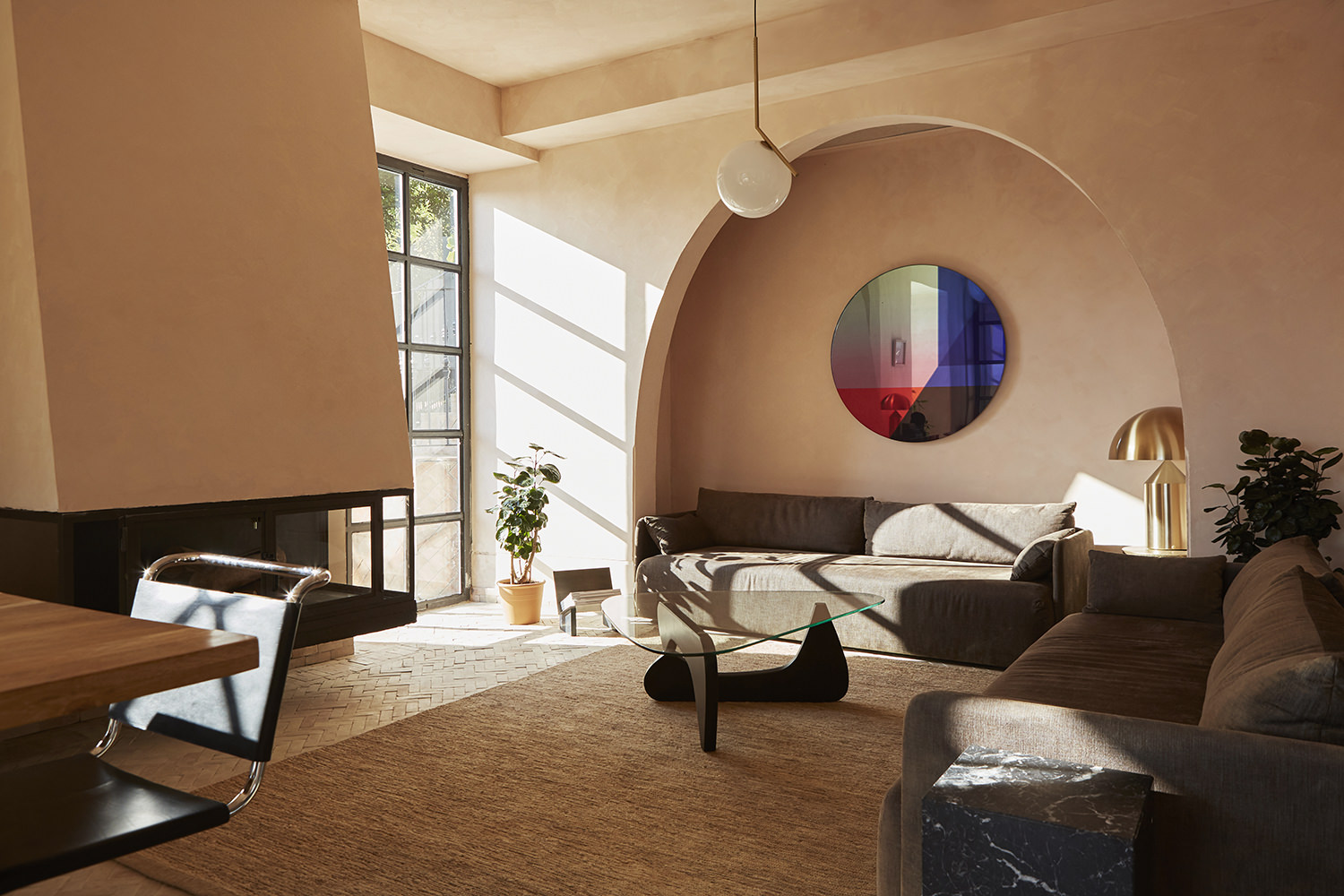 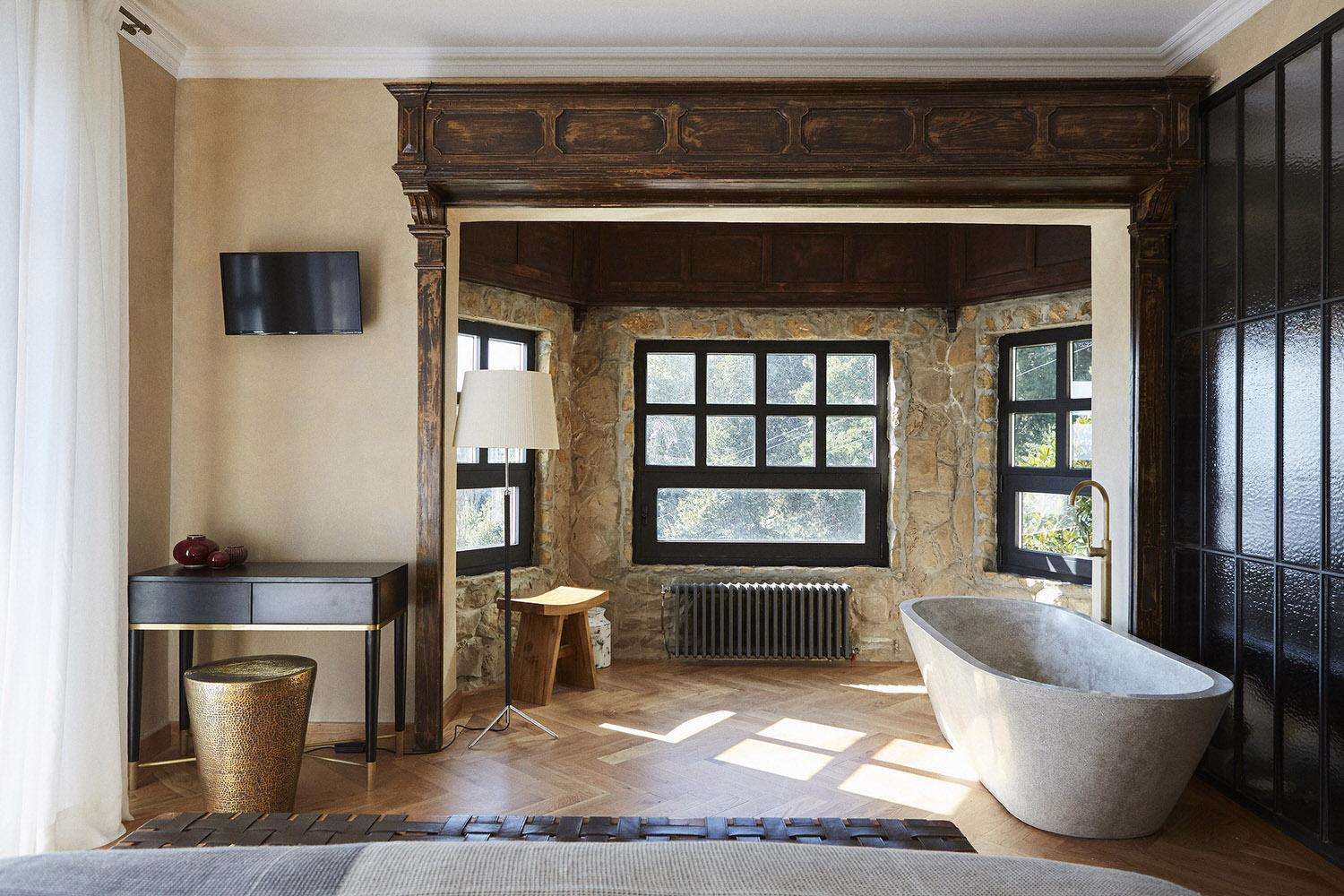 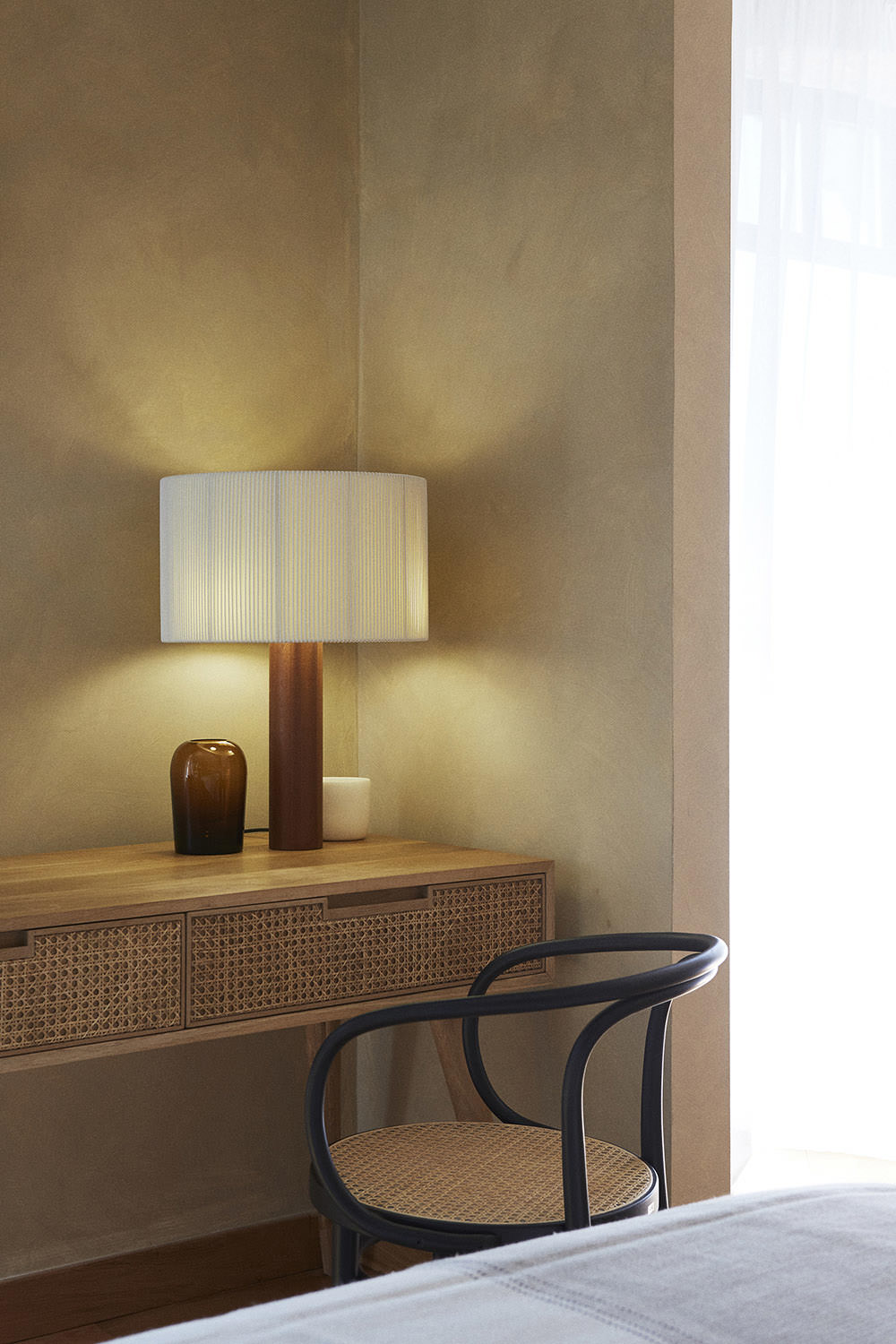 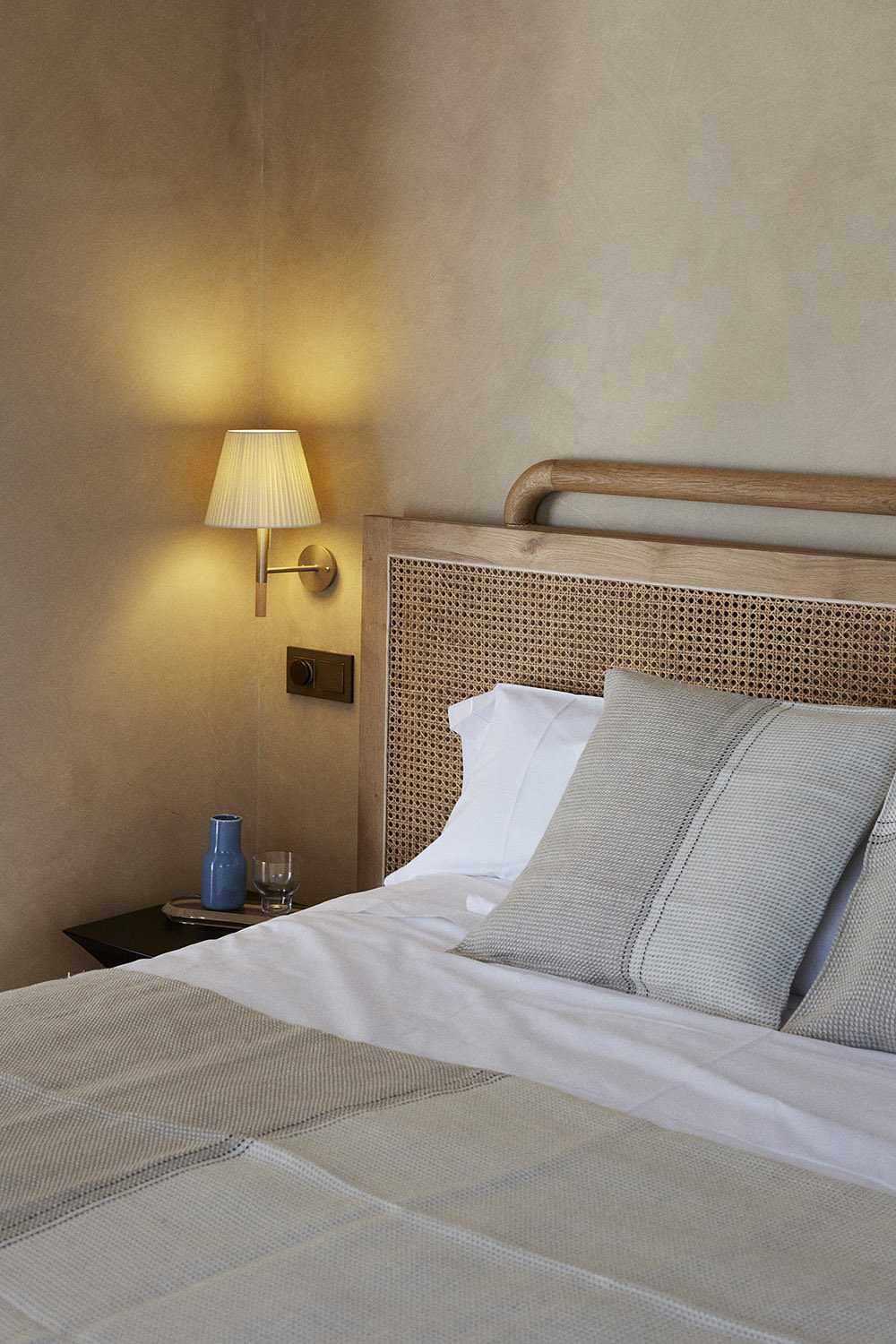 In collaboration with Sara Ojanguren, has designed a dreamy interior for the boutique in San Sebastian, Spain. The historic appearance and qualities of the existing 20th century Neo-Basque Villa have been retained and celebrated. Existing features are now fused with contemporary Parisian accents and building transformed into an elegant and cosy French Basque villa.

Openhouse Studio describe their connection to the project as much more than just interior styling. A passage entitled named after the project, Mendi Argia, written by Inma Buendia, accompanies the physical design and defines a narrative that is now attached to this beautiful place forever. Read on below. 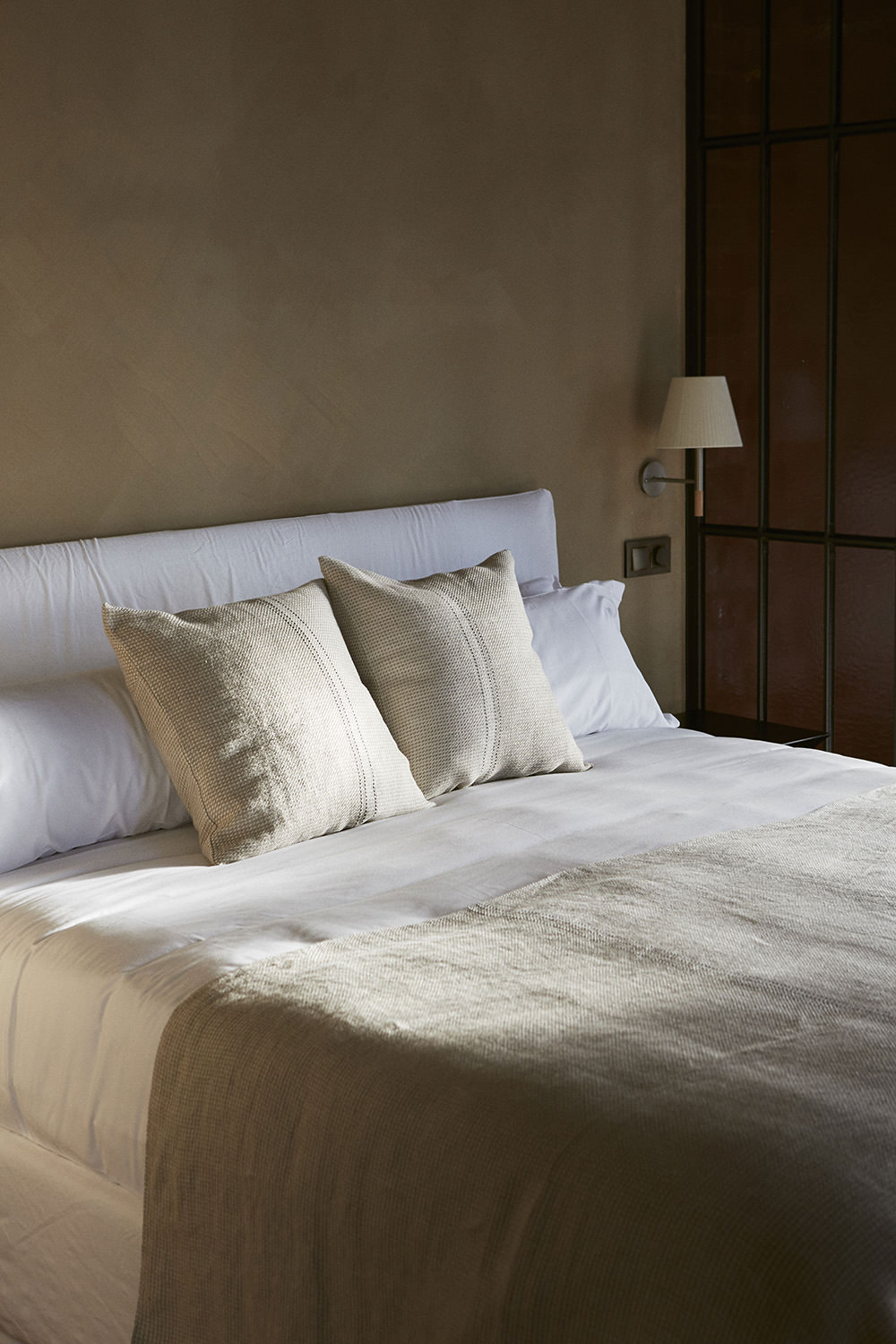 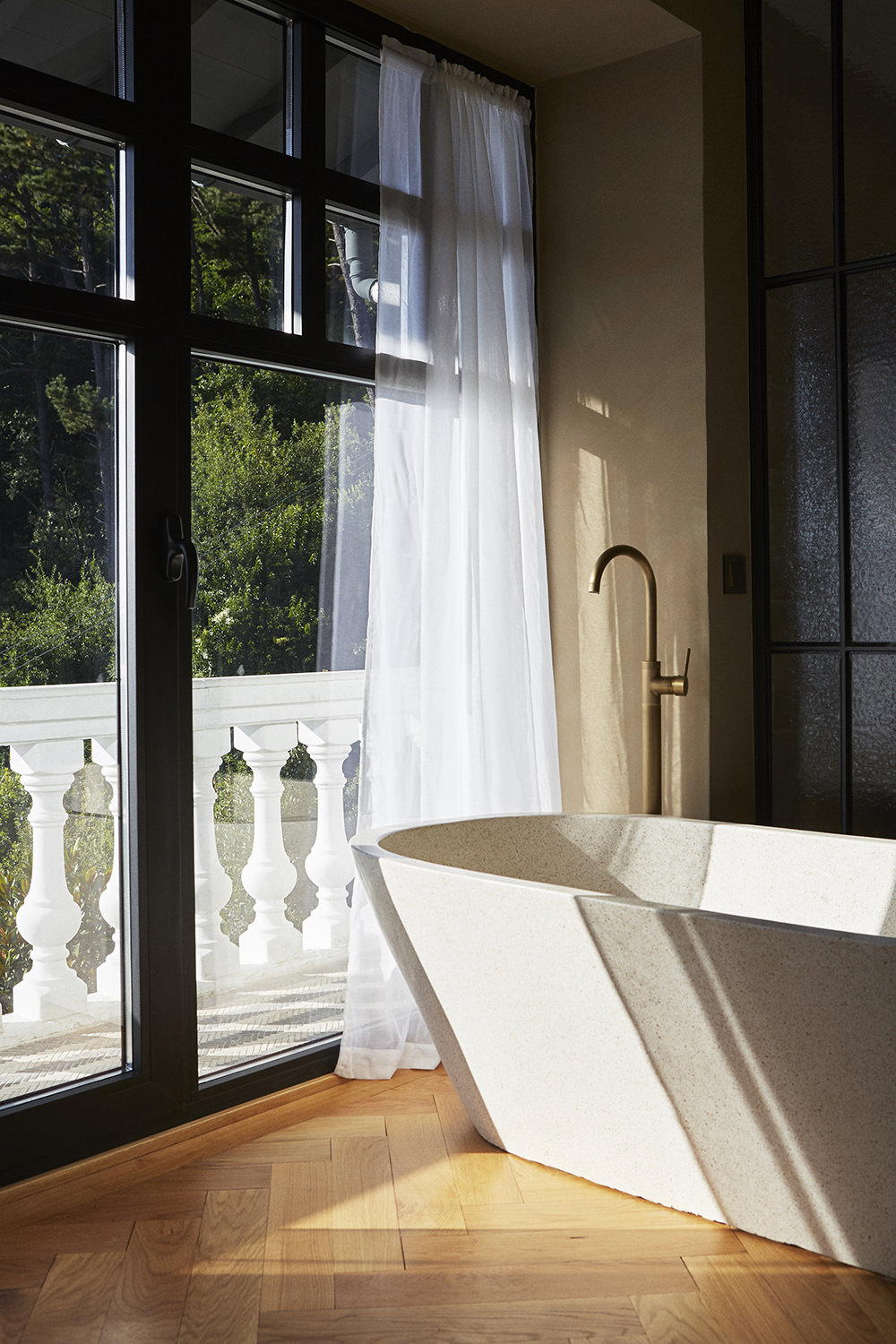 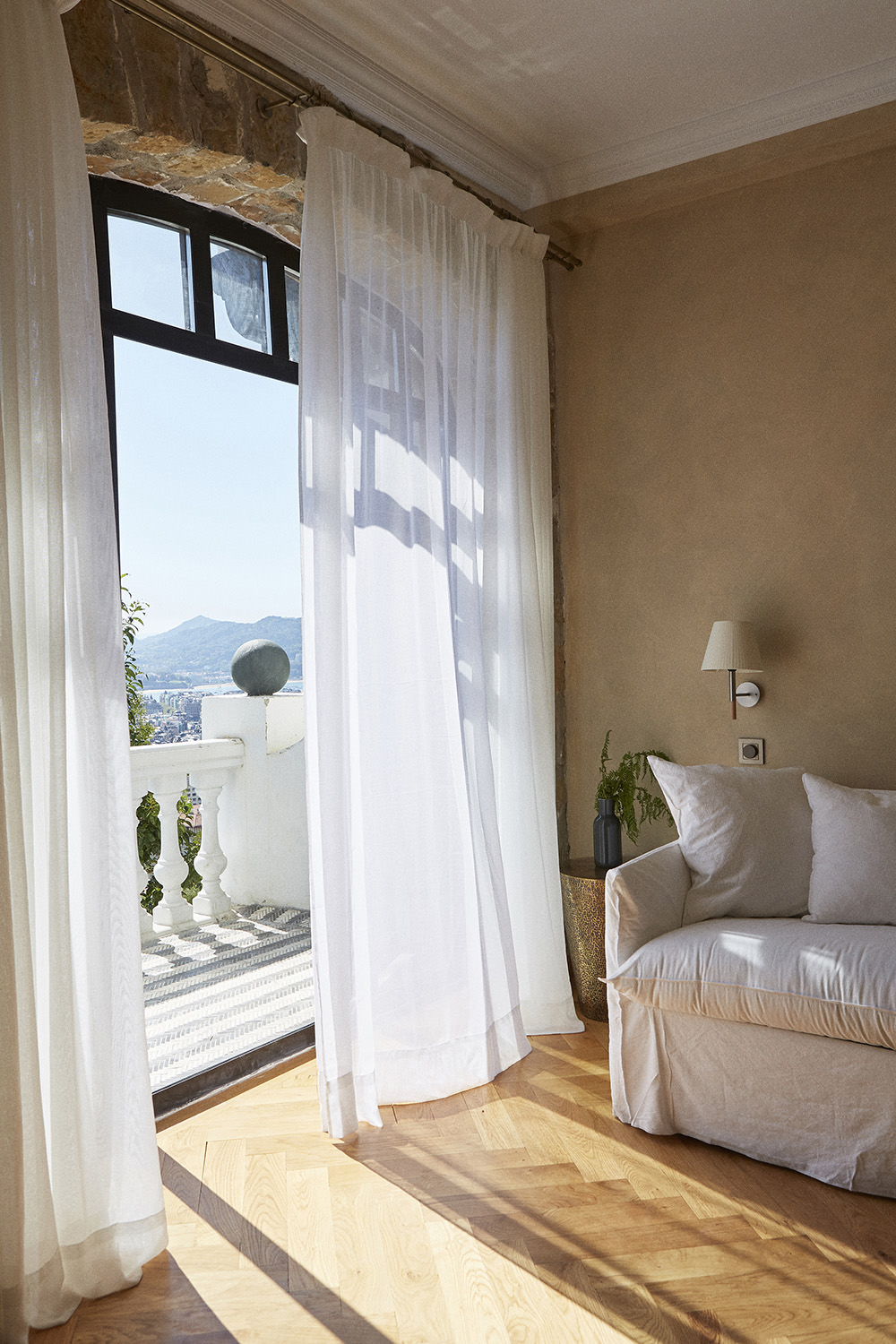 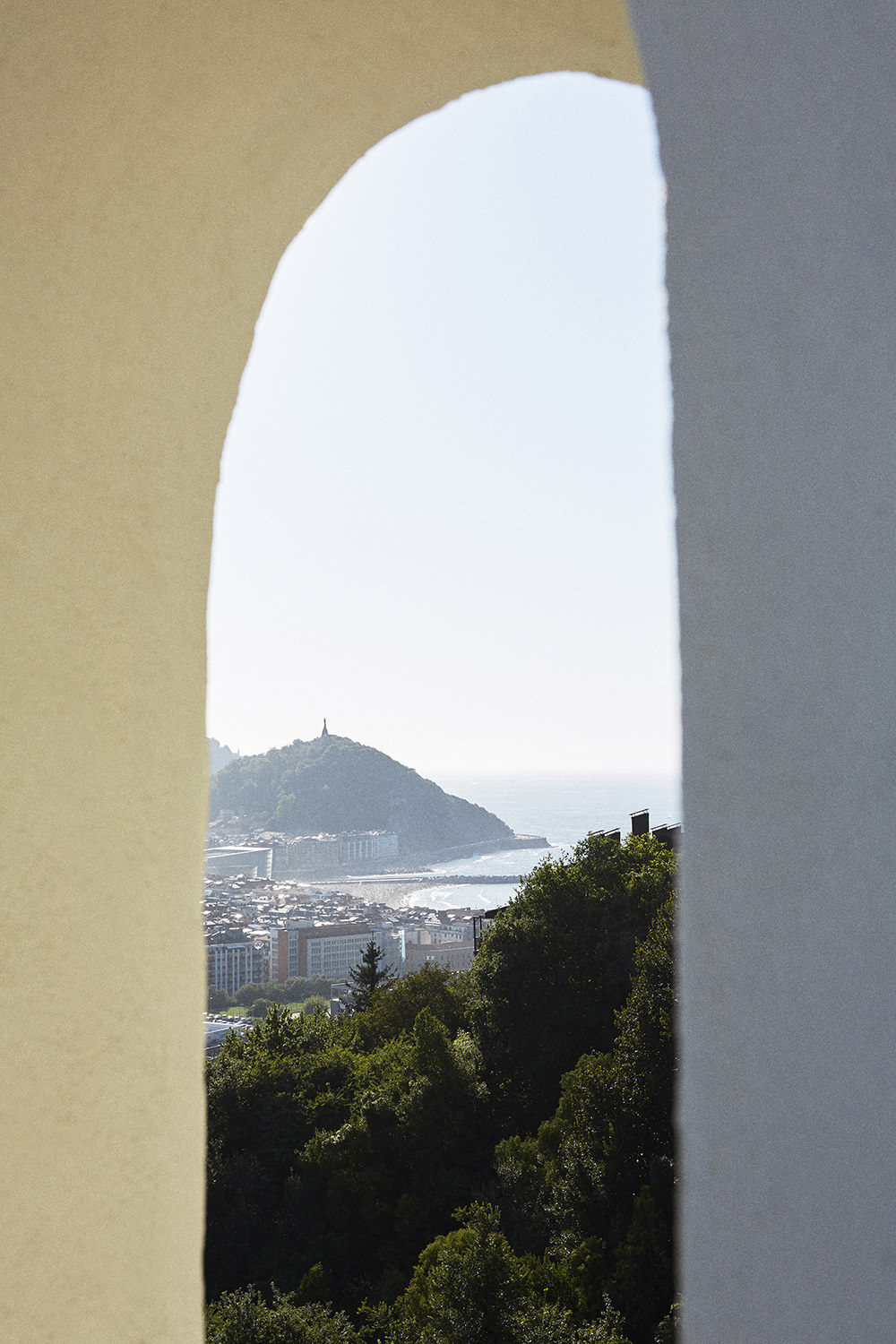 MENDI ARGIA From a Clear Height.

The house that has been left for ruin for many years has been brought back to life by Openhouse Studio. An old Basque pelota court lies hidden amid the branches of the garden; the old wooden staircase and ornate plaster mouldings have been beautifully restored. And throughout, a touch of the new gives a contemporary elegant ambience…

The water had gone cold and my fingertips were furrowed with tiny wrinkles. Even so, I lingered in the bathtub at the foot of the bed, gazing at the endless myriad of colours: orange, pink, and blue hues that glanced the walls…

When I finally got out of the water, the last twilight echoes of the setting sun still refused to abandon us. I donned my silk robe and went out onto the balcony. I couldn’t bear to miss the last red glint of sunlight across the other side of San Sebastian. 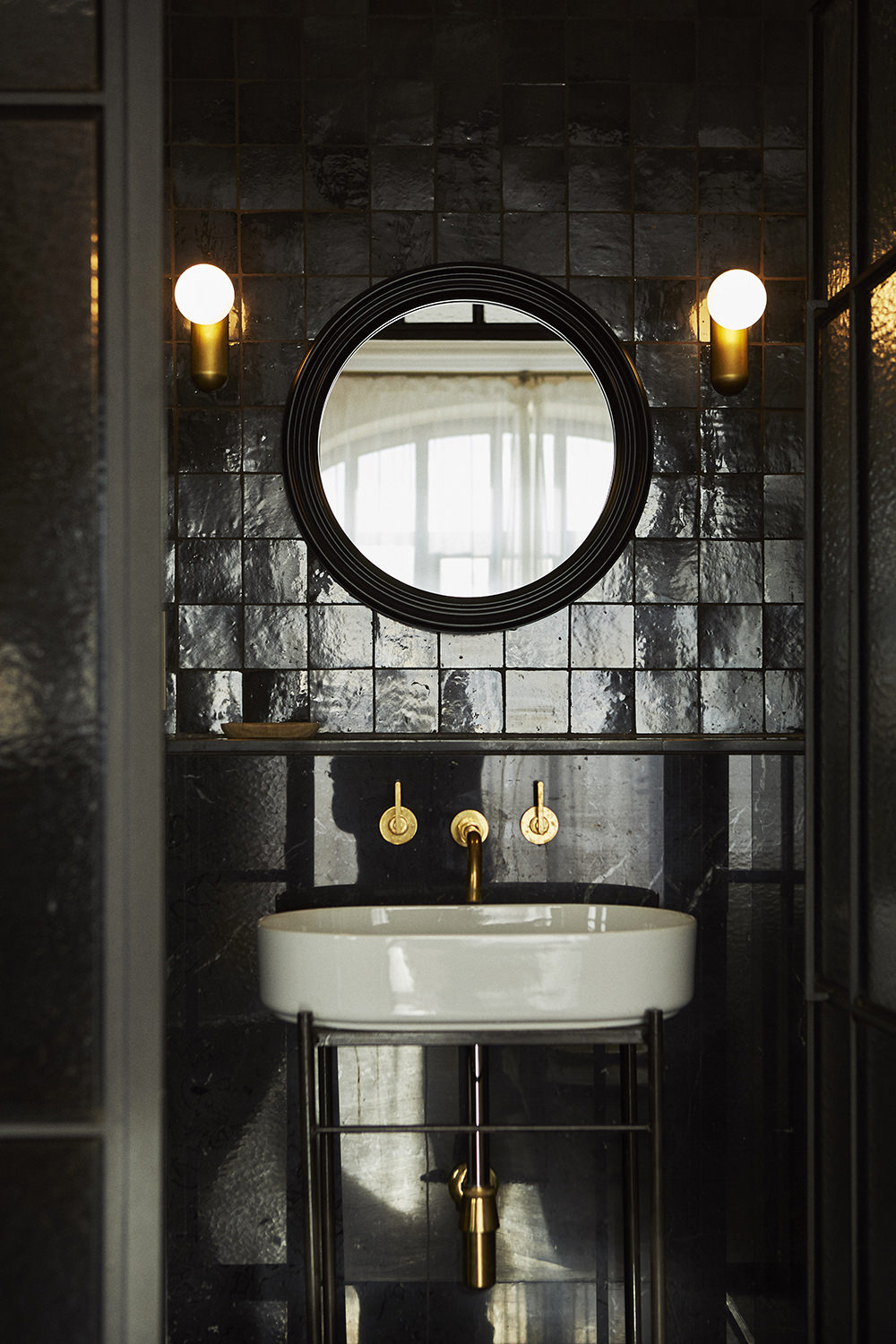 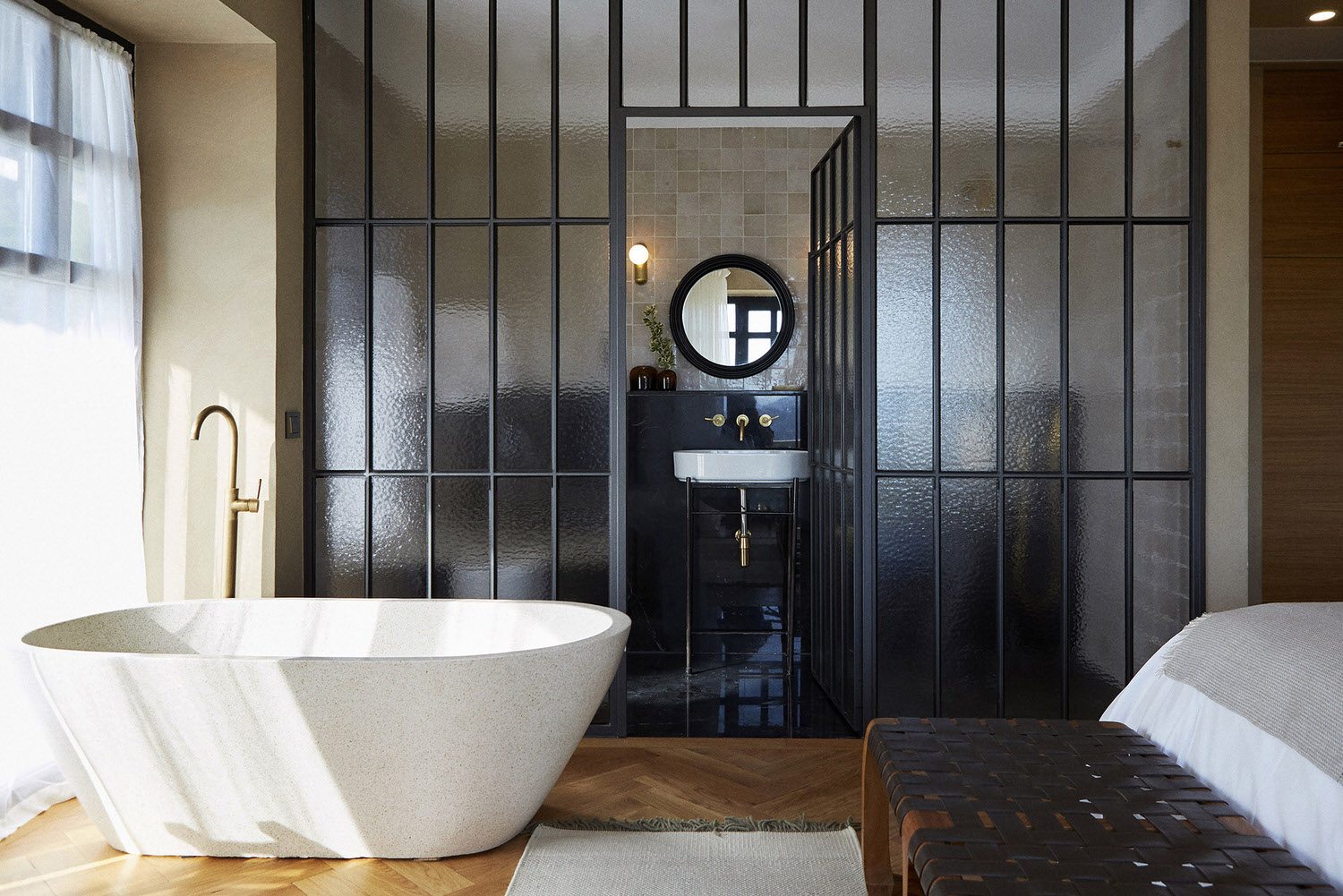 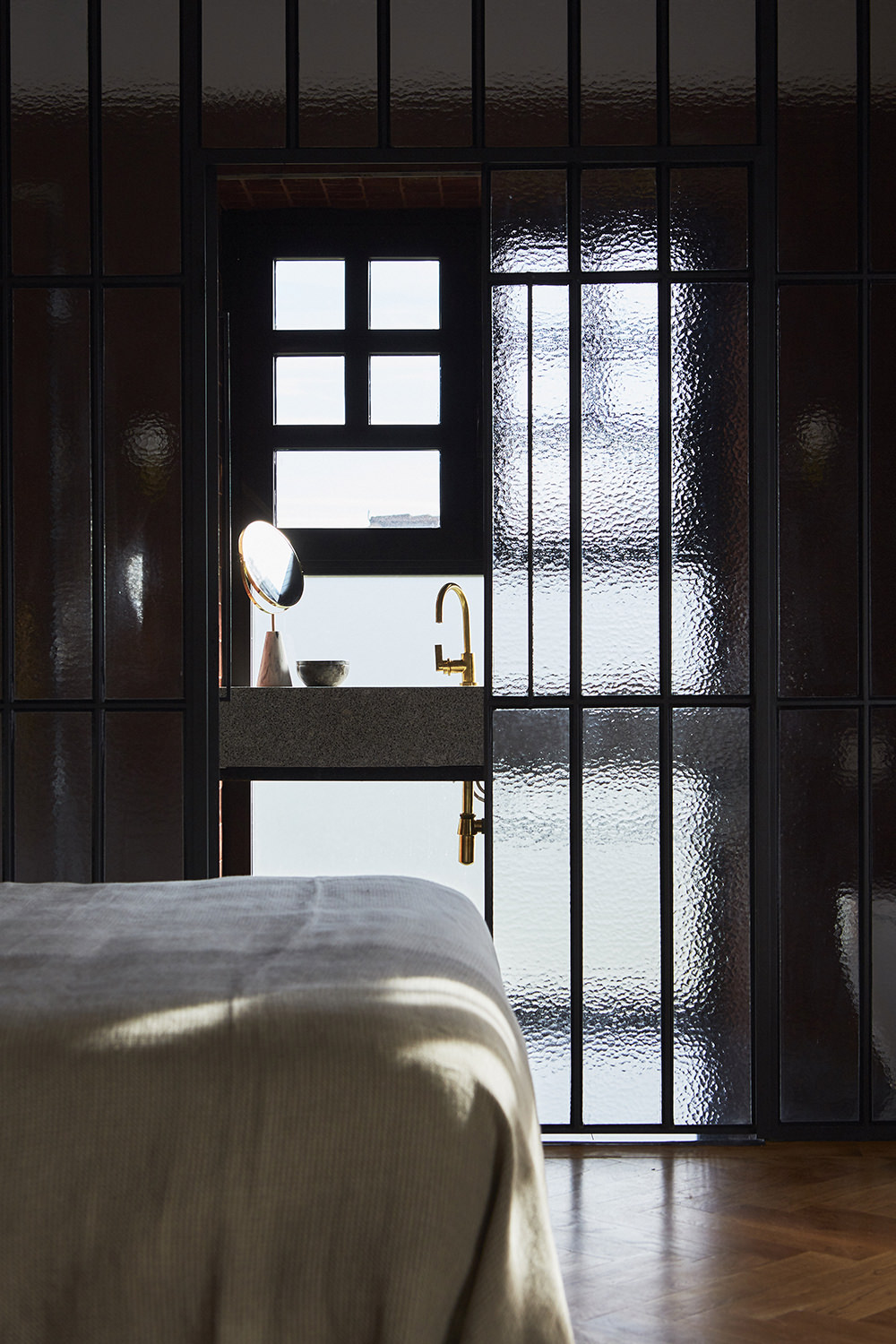 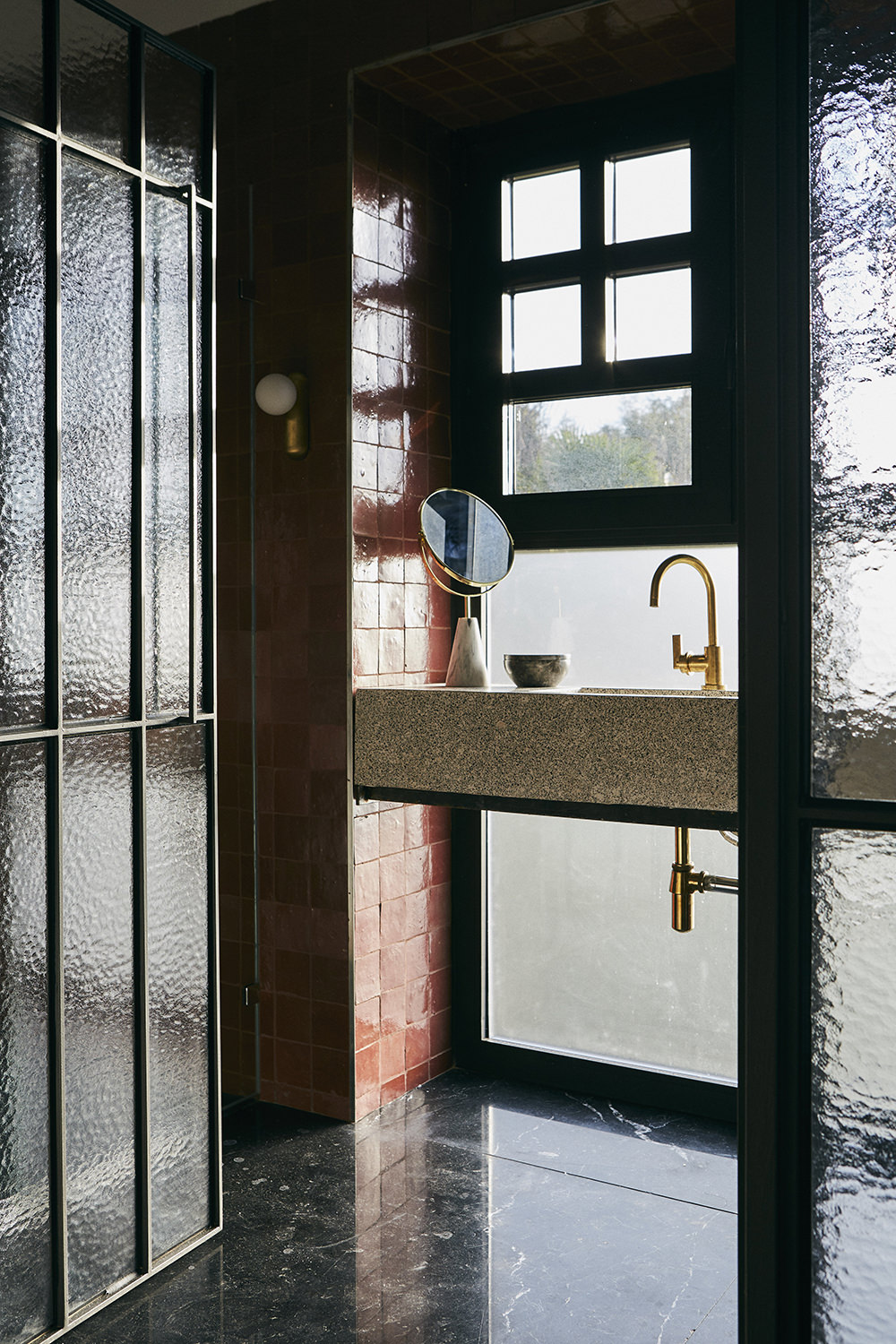 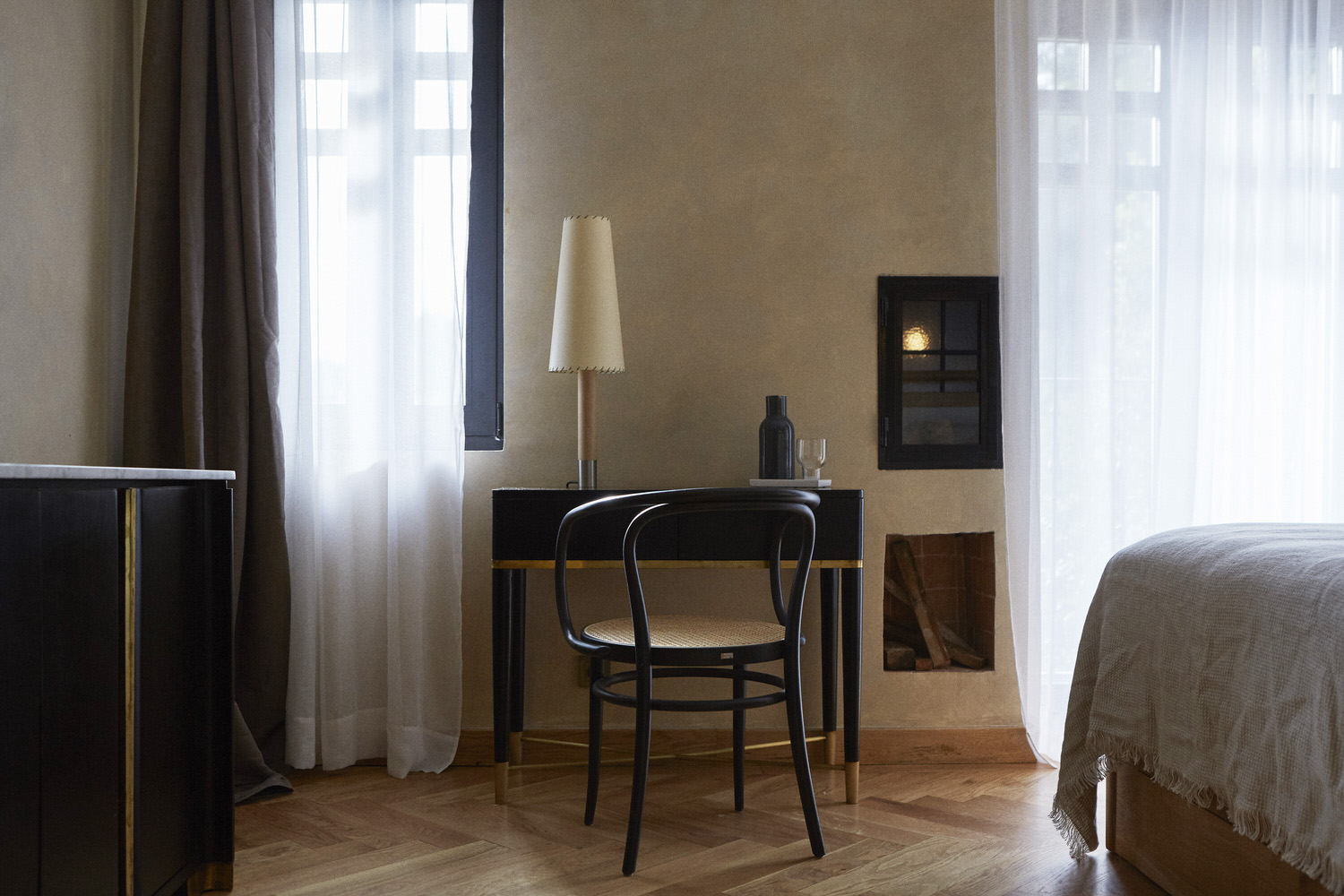 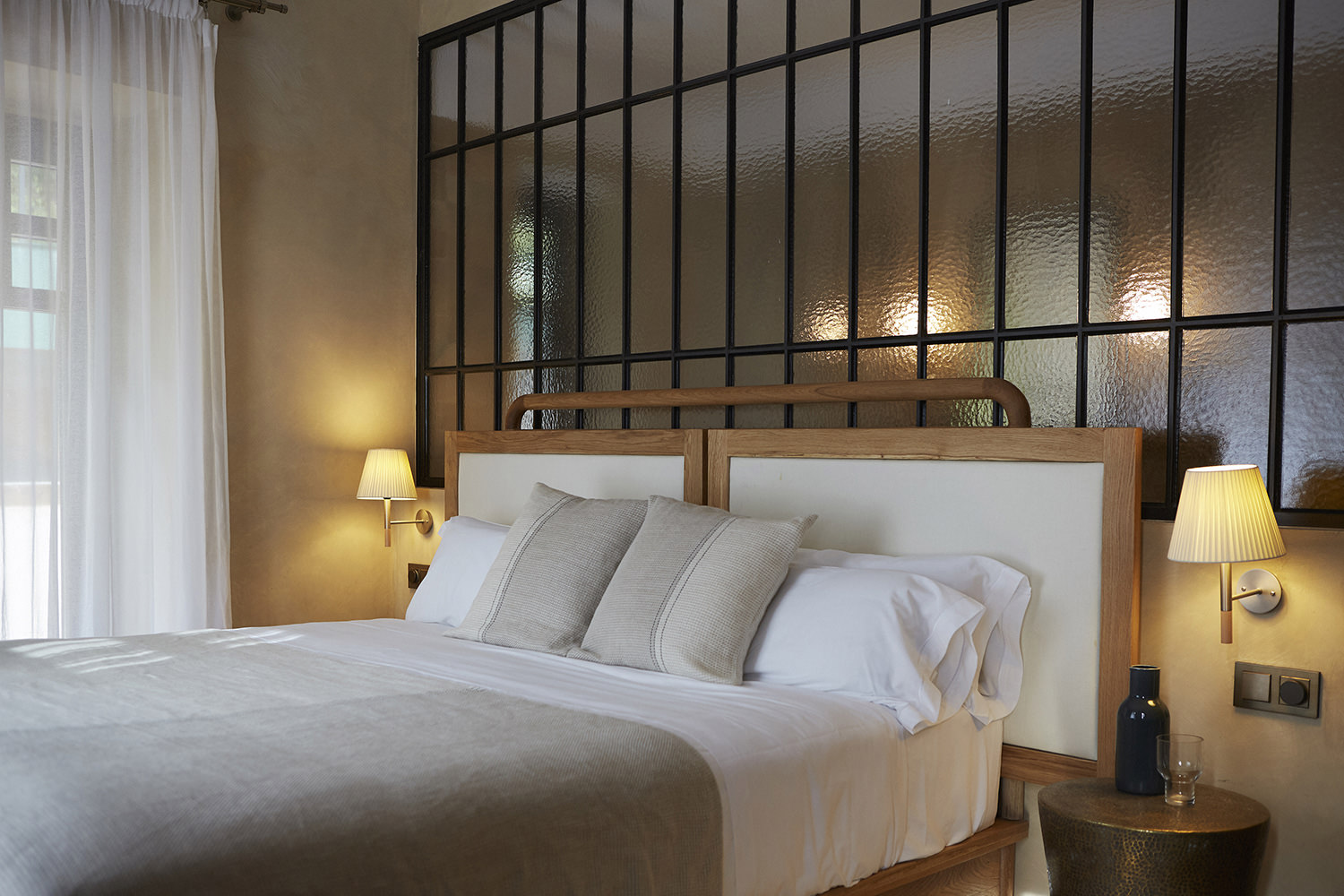 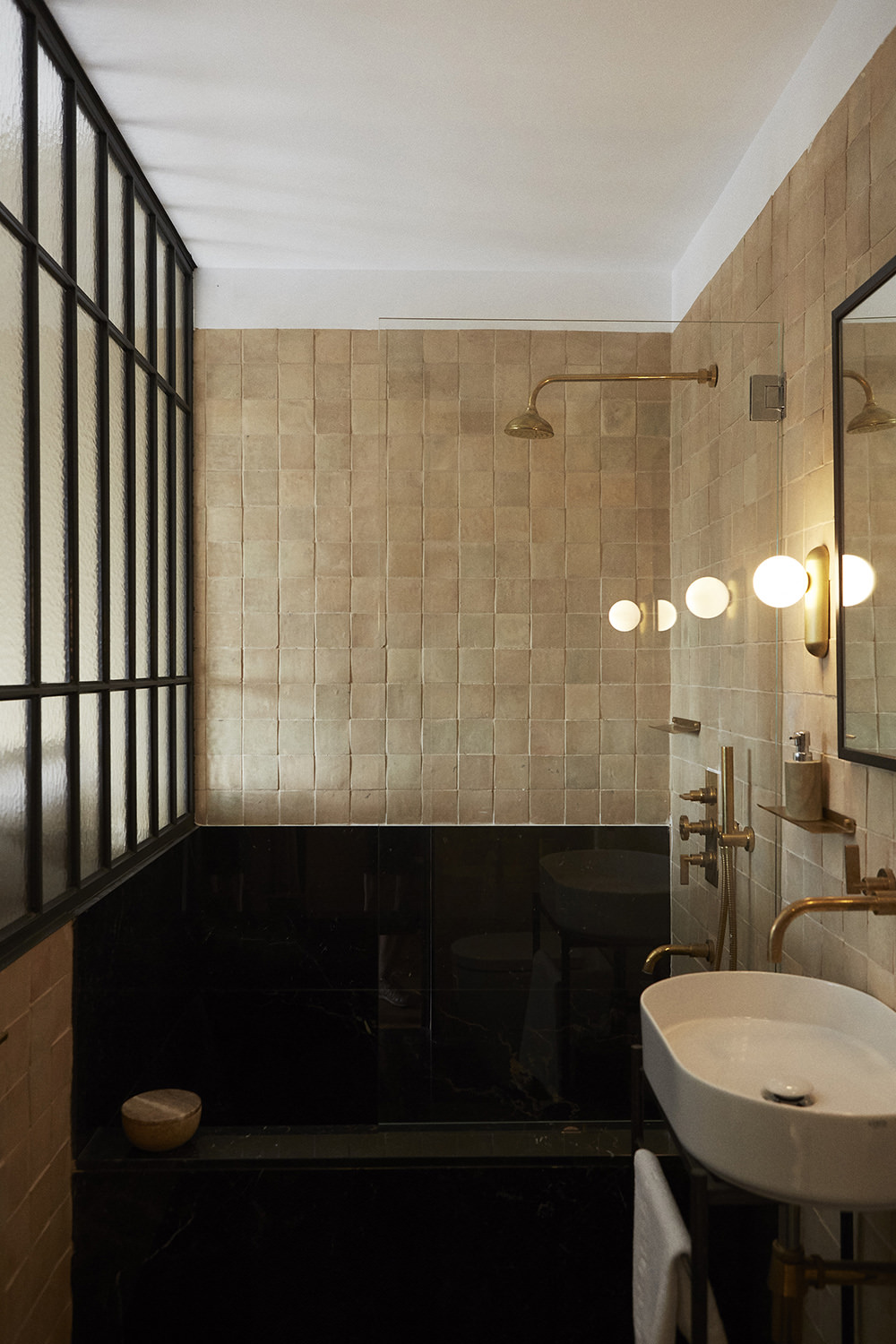 Mornings are slowly invited in through semitransparent white curtains. Playful shadows dance across parquetry floors, momentarily staining its golden plane a deep shade of brown. The light, natural palette is interrupted in the bathroom, which are entirely wrapped in decadent black. Brass light fixtures and matching gold hardware bring a sophisticated accent to these spaces, while delivering an element of surprise.

A robust and natural material palette creates relaxing and soft spaces that perfectly align with dreams of holiday getaways. Terracotta tiles sit alongside oak and woven pieces bringing a sense of warmth to the rooms. Black marble from Markina, a small local town, contributes to the ongoing narrative of the project while also acting as a counterbalance to the predominant light tones. 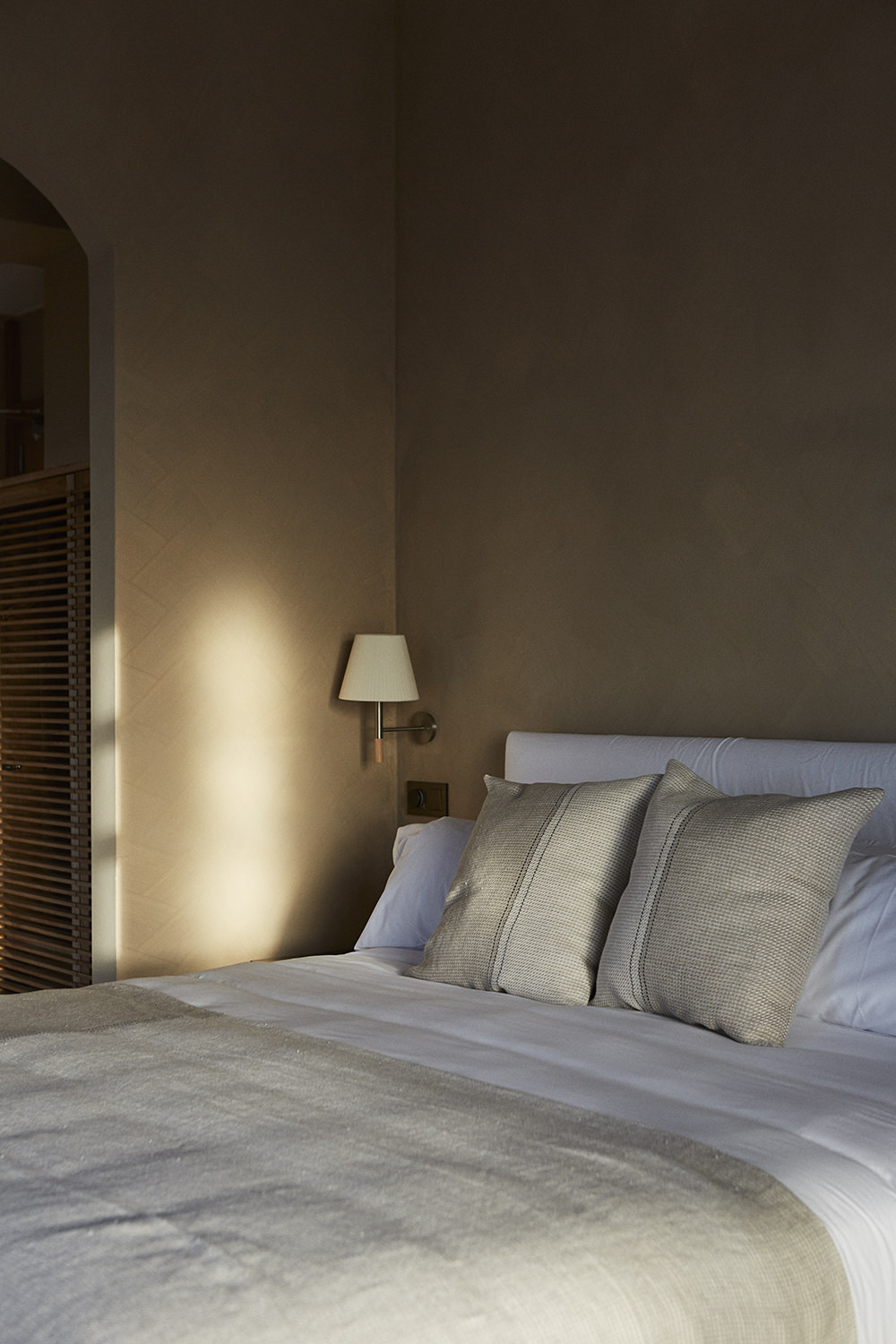 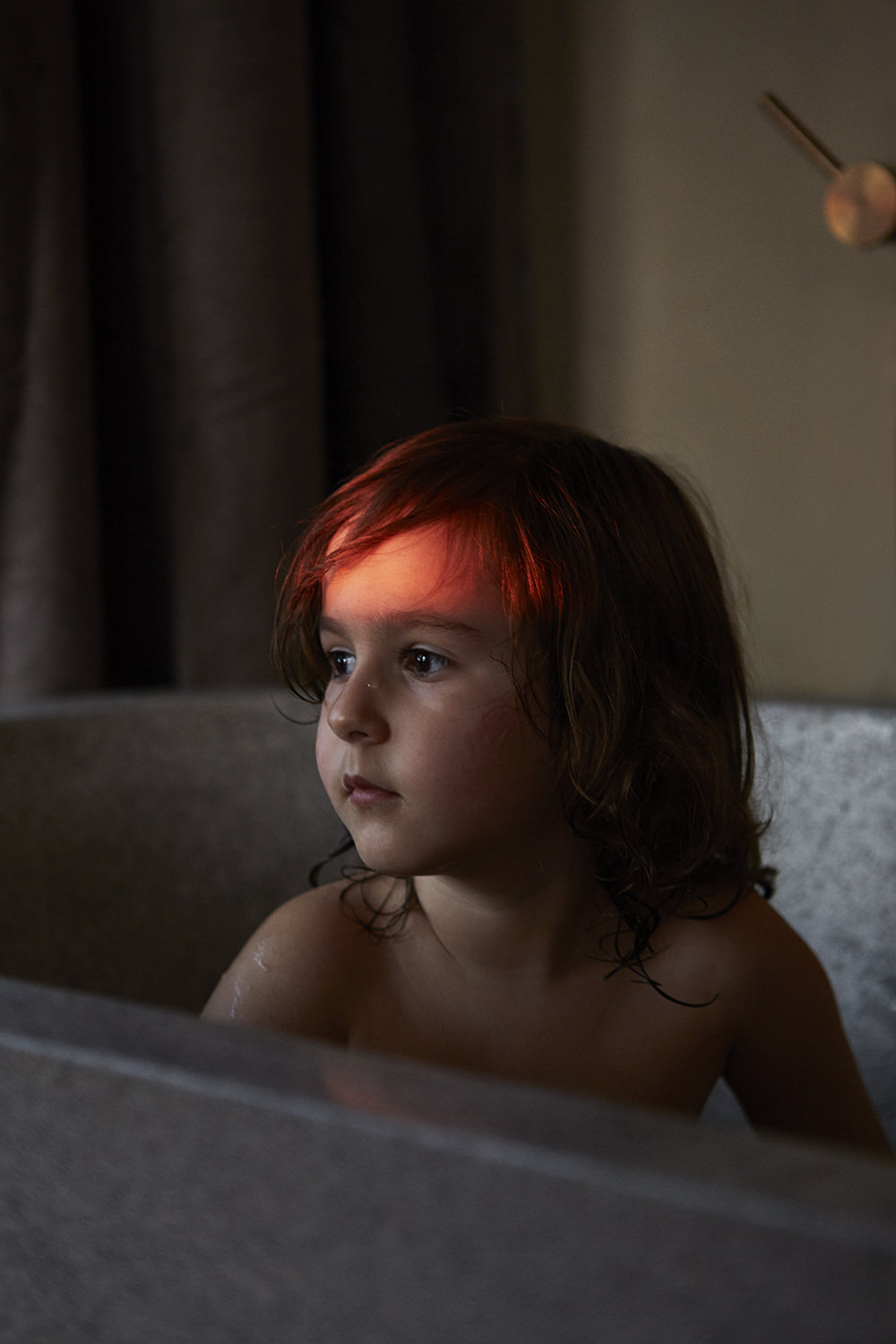 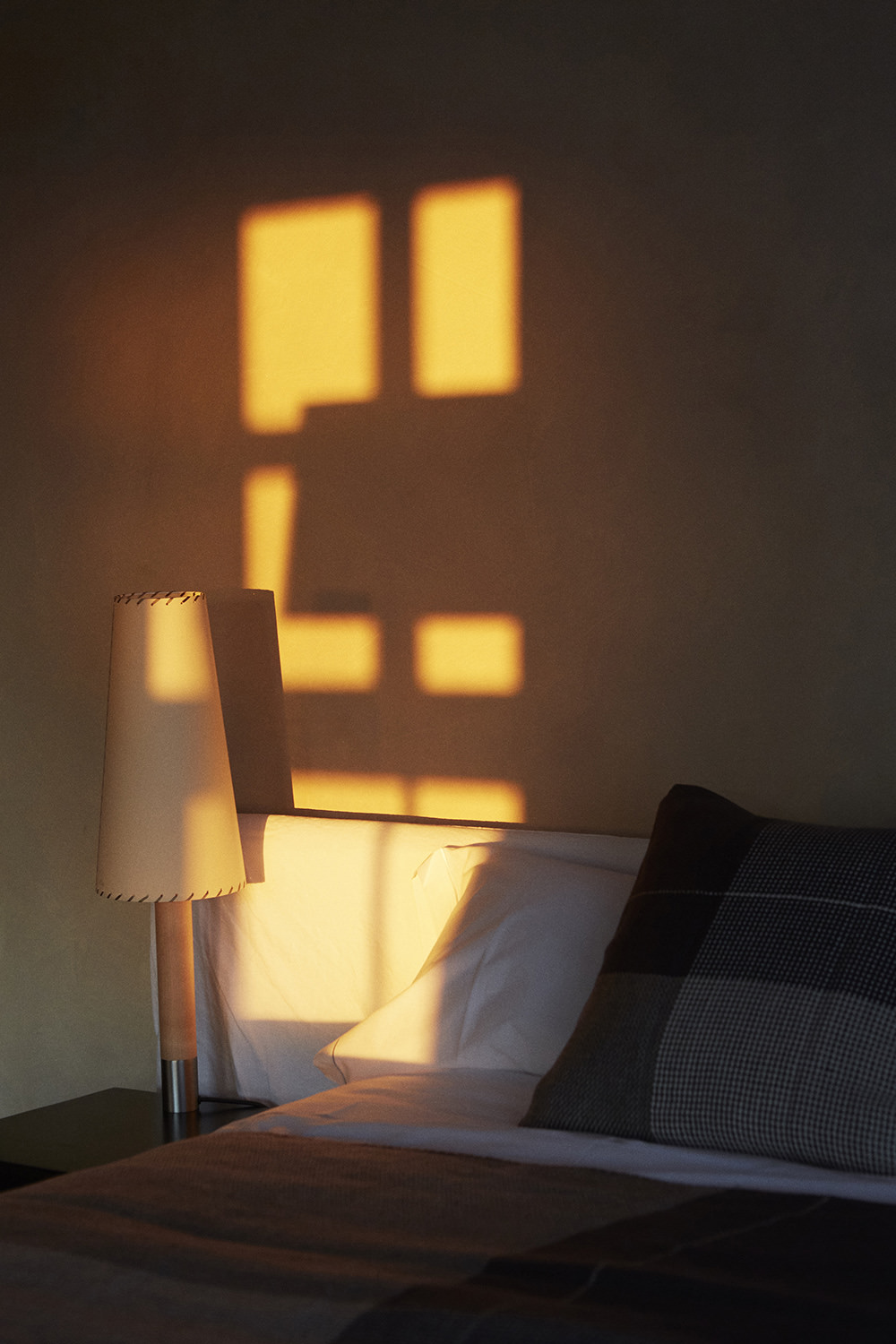 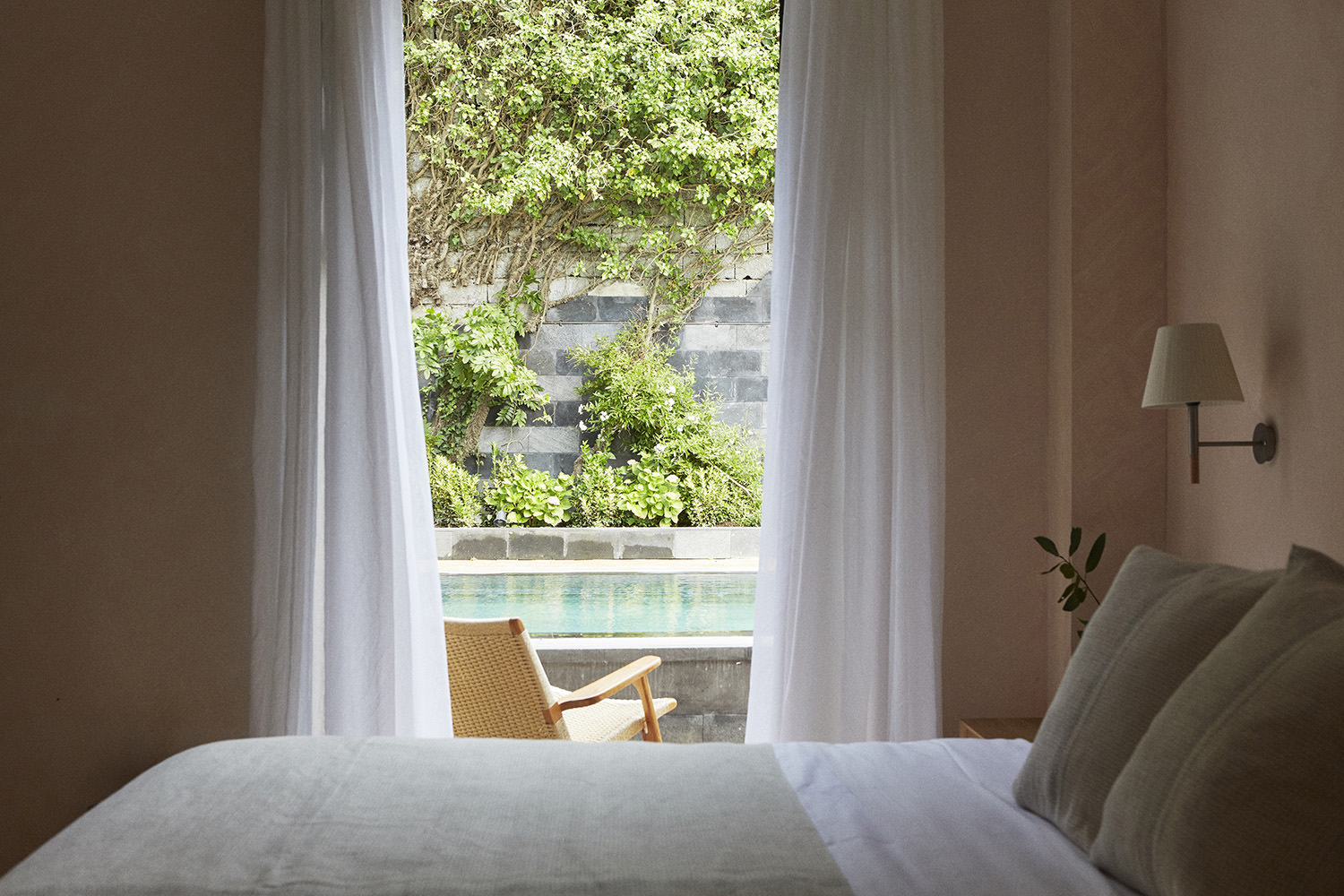 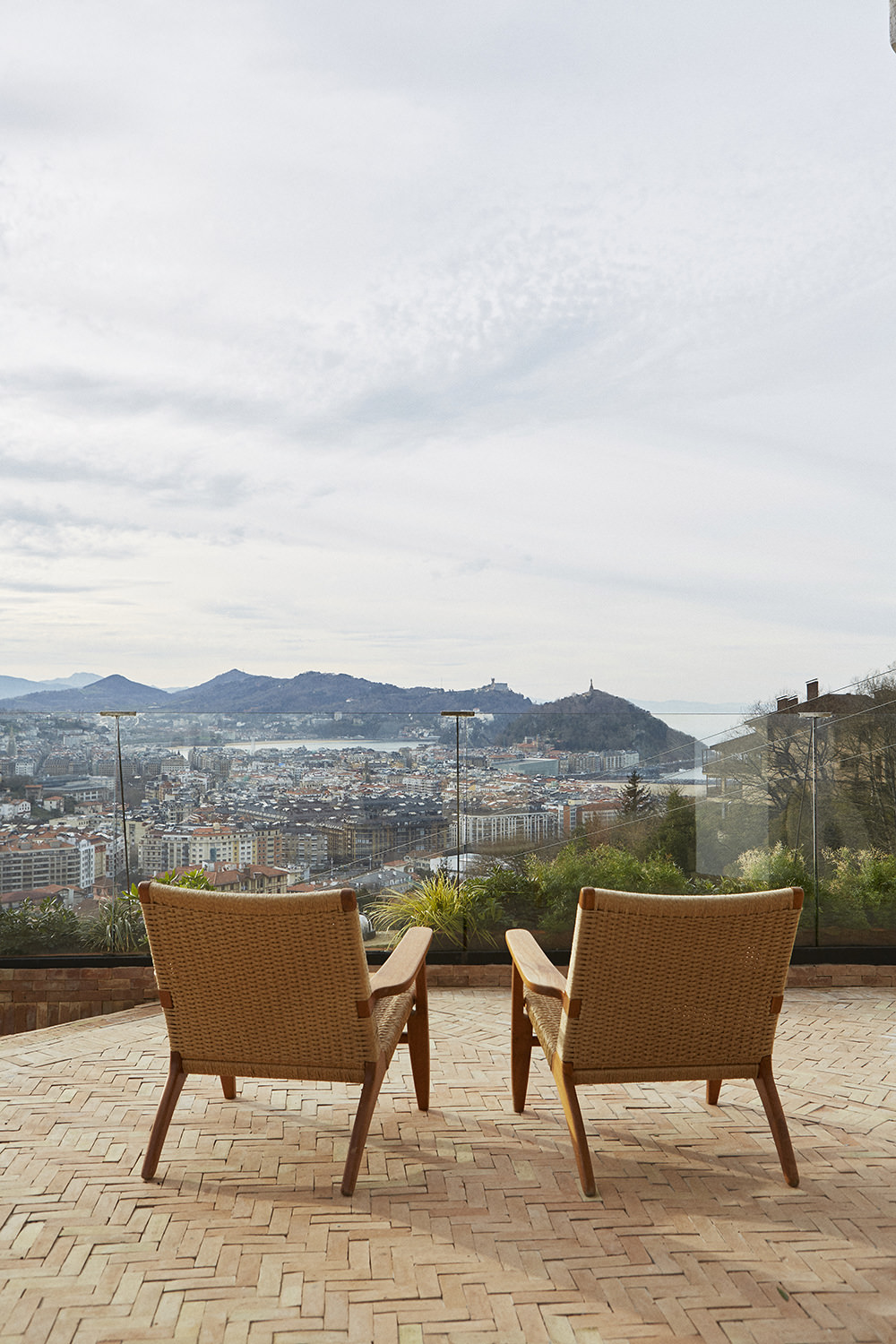 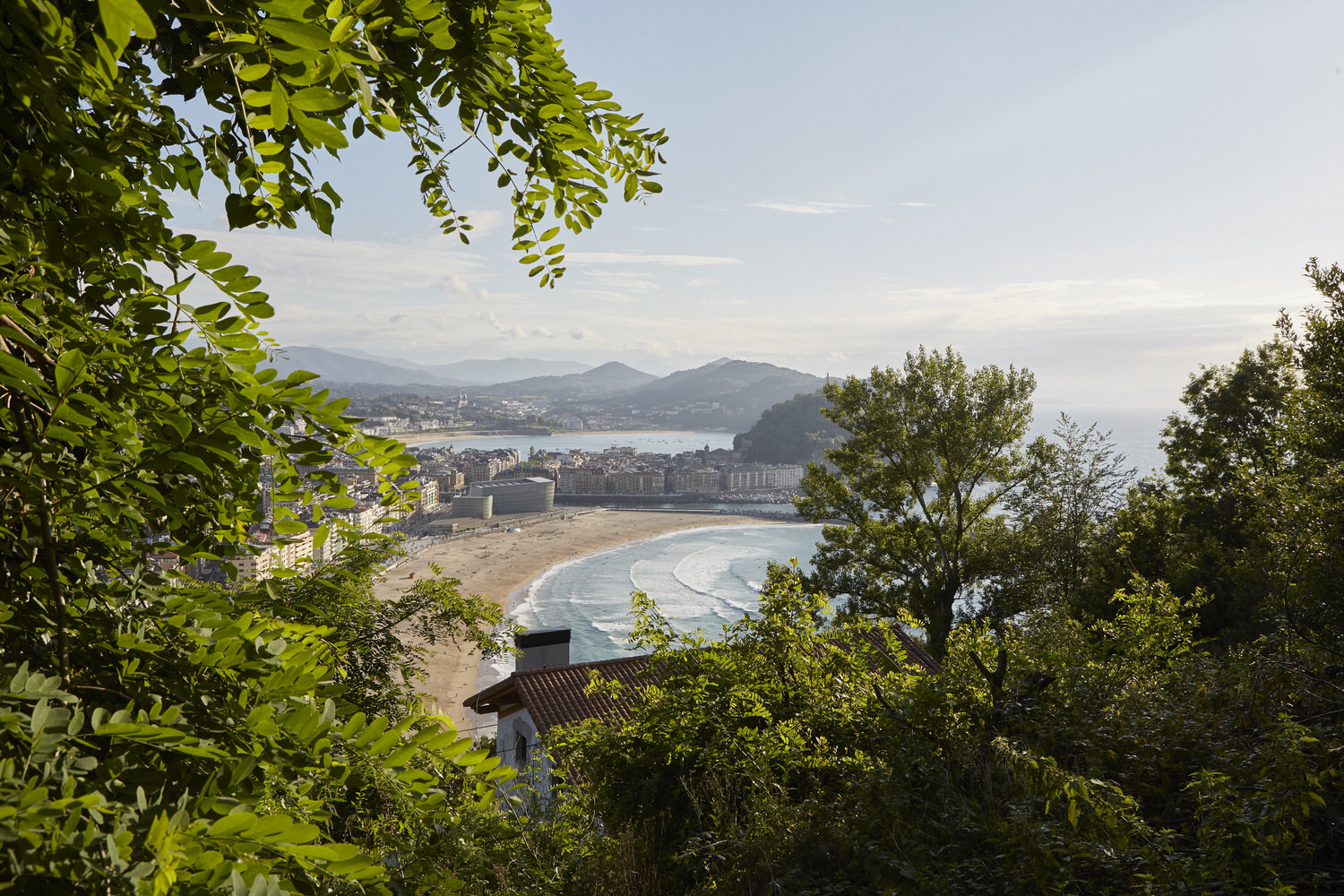 The living room features a collection of different textures, colours, and finishes that create a cohesive and deeply relaxing communal area. A peach coloured arched wall becomes the main architectural feature in the room alongside a black-framed fireplace. A mirrored art piece Big Round by Sabine Marcelis and Brit Van Nerven welcomes guests upon arrival, designers choosing it for “its magical interplay of light, even when the sun’s rays have not yet quite reached it”.

Openhouse Studio and Sara Ojanguren-designed Spanish holiday escape rivals even the dreamiest of images we’ve conjured up in our isolation coma. Be sure to add this one to the growing list of places to visit when travel lockdown becomes a distant memory!