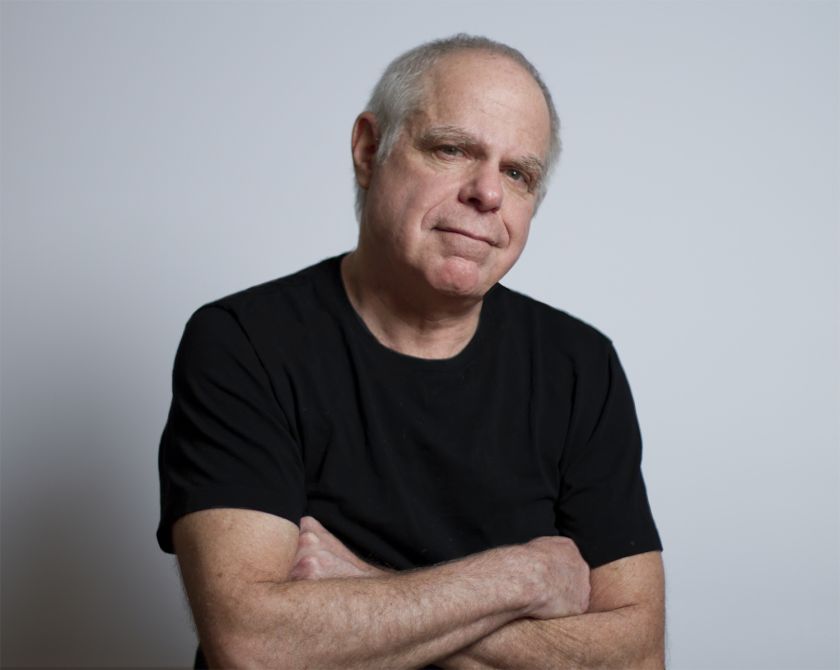 When it comes to editing films, storytelling is the most important aspect. That’s according to , the Emmy award-winning film editor who has worked in every part of the craft, from feature narrative and commercial advertising to documentary, TV and social media. It’s something he learnt in five of his favourite books.

With storytelling in mind, Michael has worked for brands such as Mercedes Benz, Virgin Atlantic and Ford, crafting commercials, short films, and everything in-between. He has an extraordinary talent to take enormous amounts of media, footage and content and fashion it into a compelling story that can be told in less than 60 seconds. That’s no easy feat, as anyone in the film industry will testify.

For our ongoing series, , we wanted to learn more of these cherished titles that have inspired Michael’s career so far, from a classic Arthur C. Clarke to more modern fiction by Yann Martel. He tells us: “These are five books that have shaped my awareness and relationship to the power of stories. As a film editor, the story is everything; it is a form of creative history, it connects us to our shared journey and the way we see ourselves and our lives, and it seeks to explain or reflect on the way the world works.”

Please note, to support independent book shops everywhere; we’re linking these books to the wonderful – so if you see anything you like, you can purchase from there. Michael, it’s over to you.

I love science fiction because the stories are based on our fears and aspirations. Childhood’s End was the book that opened the door for me into the world of science fiction and remains one of my favourites. When I read the novel for the first time, it was in the midst of the Apollo program and seemed like a prediction of an eventual encounter with an alien race. The terrifying themes of a master race with overwhelming technology transforming human society dominated movies and television and felt real to me. When I read the novel a second time in a philosophy class in college, it changed the way I saw science fiction. Rather than a foretelling of things to come, it offered a reflection on the country’s collective fears and anxieties, with the awesome sense of power coming out of WWII and into the atomic age. It gave me my lifelong fascination with stories and how they reflect the state of the culture I was growing up in.

I grew up in the segregated suburbs of Los Angeles, without any real knowledge of American society’s pervasive and racist history. This book was my first foray into a world I didn’t know existed. I’ve reread it many times for the language, the imagery, the story, and the experience. In the era of Black Lives Matter, it is remarkable how little progress we have made, how many times black equity and progress have been mercilessly crushed, and how the history of this profound brutality and injustice has been suppressed, whitewashed, and ignored. Recently I read Black Swan Blues by Paul Slade, and it really threw a new perspective on Baldwin’s book, which I first read so long ago.

This novel is pure adventure, the visceral experience on the ragged edge of the natural world. The themes of Krakauer’s novel are touched on in all the books I mention above but from an entirely different perspective. Krakauer looks at the world from the limits of endurance and an immensity of risk as we try to persevere and connect to a natural world that has become so foreign to us. Seeing themes I’ve found in science fiction contained in a nonfiction book about a mountain climbing catastrophe made me realize the essence of storytelling cuts across the lines of fiction and nonfiction.

Another predominant theme in science fiction that took hold of me was the nature of life. What constitutes life? We’ve seen this theme played out over and over again in film, from Metropolis to 2001, Blade Runner to Ex Machina, and in countless novels by Asimov, Heinlen, Dick, and so many others. It cuts to the core of our relationship with the animal kingdom and our exploration of space and has so many implications in the way we live and what we are. I always go back to this novel as the antecedent for my own curiosity on the subject, and today, as we sit on the precipice of AI, this book is essential.

My son and I have an endless disagreement about the nature of intelligence and what makes us different and similar to all the life around us. Life of Pi comes at defining the perception of being alive on an emotional and intellectual level, but in the context of animal, not android, life. Further, it connects to the spiritual component with an amazing take on faith that binds so many religions into the oneness expressed in The Power of Myth by Joseph Campbell. Campbell’s book would be my sixth on this list.

All of these books, at their core, ask deep questions about human nature and the world we inhabit, what our responsibilities are, what defines life, and how we respect it. All stories that are well told find many of these themes unavoidable. It was hard to define only five books that have had the most influence on me or are the most significant to me because there are so many more.