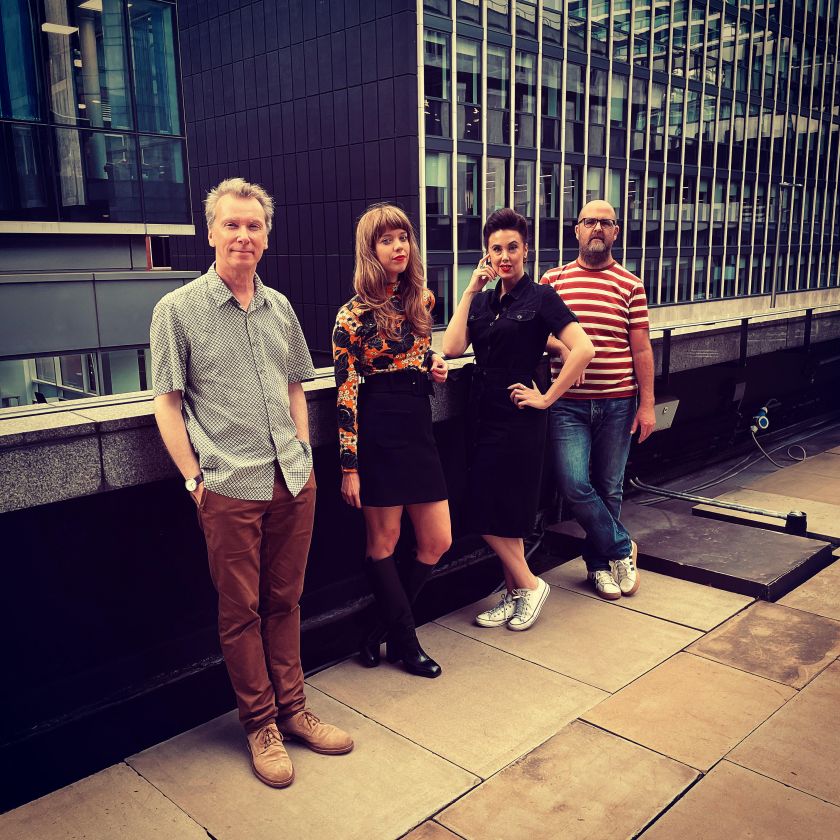 Clocking up a decade in circulation is an impressive feat for any magazine, but for , it’s especially monumental. Born from , the limited-edition quarterly is a not-for-profit that has built its success on the quality of its articles and a firm focus on good design.

To celebrate the momentous occasion, lead editors at the modernist Jack Hale and Eddy Rhead have pulled out all the stops to release a 40th bumper double-length issue of the premium publication. Writers and friends from across the previous ten years of the modernist have been invited back to submit features on the theme of kudos, with Bic pens, model villages and Duchamp’s ‘Fountain’ getting a look in amongst many others.

It’s a suitably earnest angle for a magazine that strives to celebrate good design while remaining staunchly independent (you won’t find a single advertisement on its pages). And with previous contributors including Billy Bragg, Craig Oldham and Mishka Henner, you know you’re in good company and can expect a frank and sincere celebration of good design. 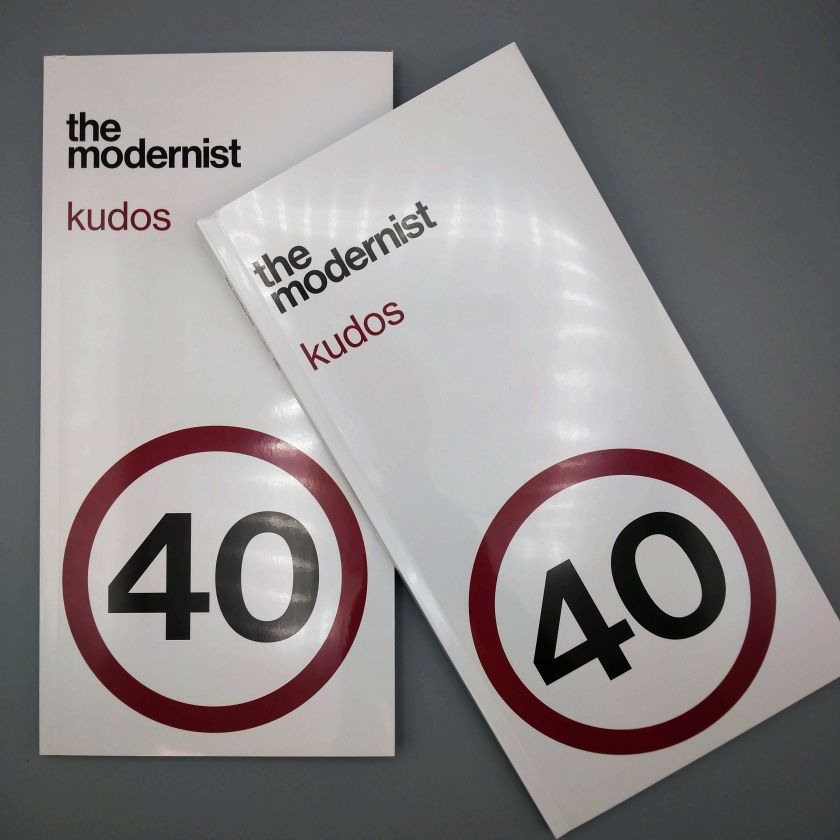 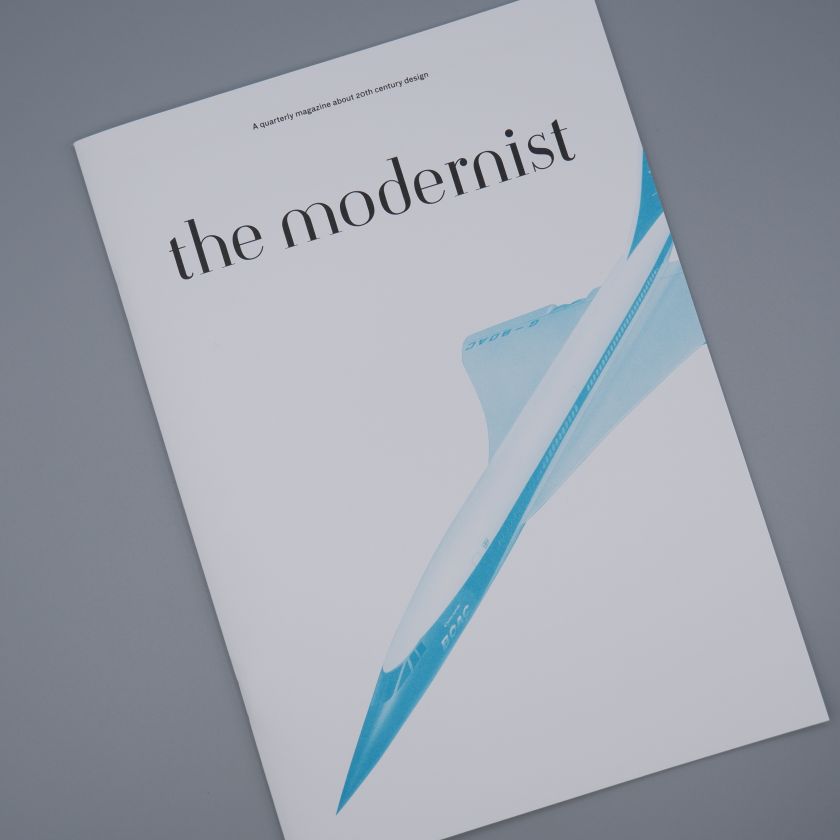 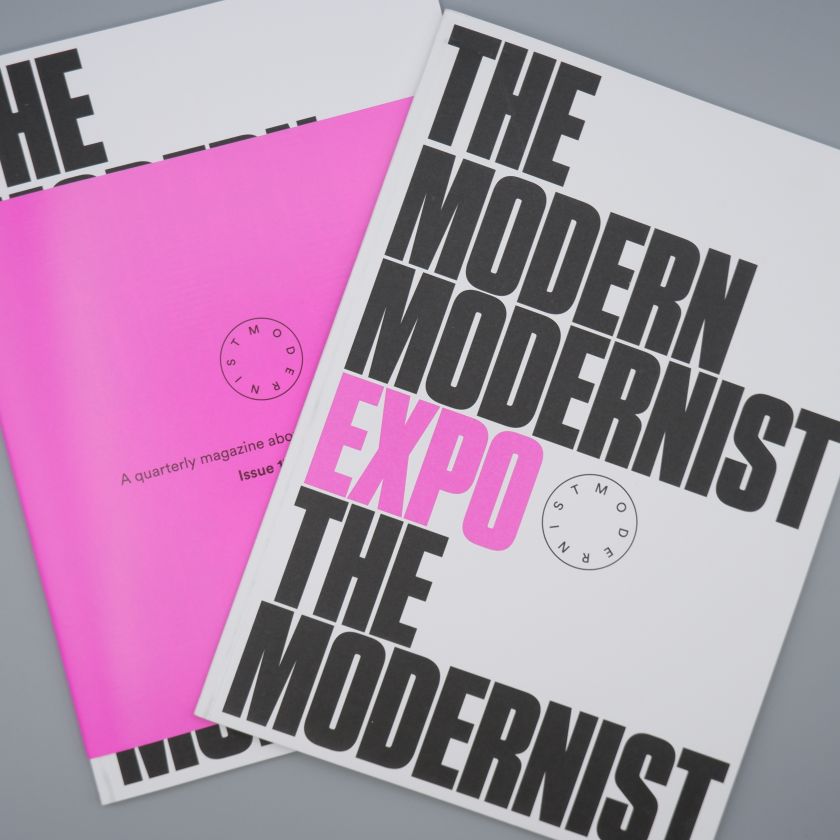 Speaking to Creative Boom, lead editor Eddy Rhead explains that the magazine emerged from the community surrounding The Manchester Modernist Society – a project that engaged with twentieth-century architecture and design. “We found that we were surrounded by some very clever and interesting people who were as passionate about Modernist design and architecture as we were.

“We wanted to find a conduit for this enthusiasm, and we thought a magazine was the best way to do this. Right from the very start, we have been about making tangible things and have always loved print. Although starting a print publication in an increasingly digital world seemed a daft thing to do, it also felt like the right thing to do.”

We do articles about things like bins and motorways – which pretty much anyone can relate to.

It is this foundation of generous and knowledgeable contributors who are willing to share their talents for free that Eddy says is part of the secret to the modernist’s continued success. Because the magazine doesn’t employ ‘professional’ writers in the traditional sense, it is essentially written by its readers. 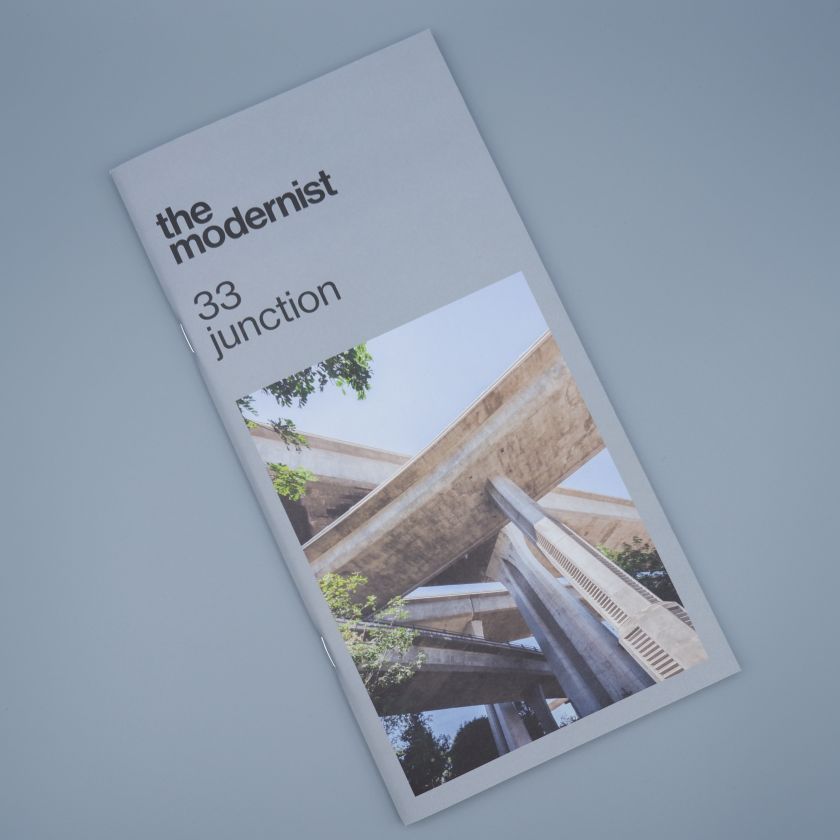 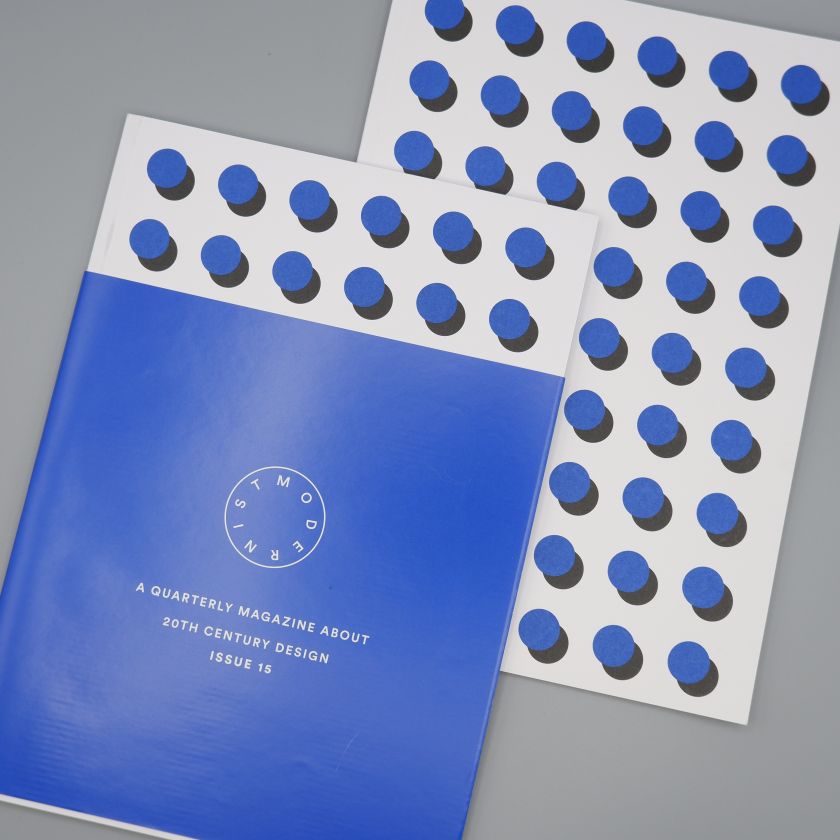 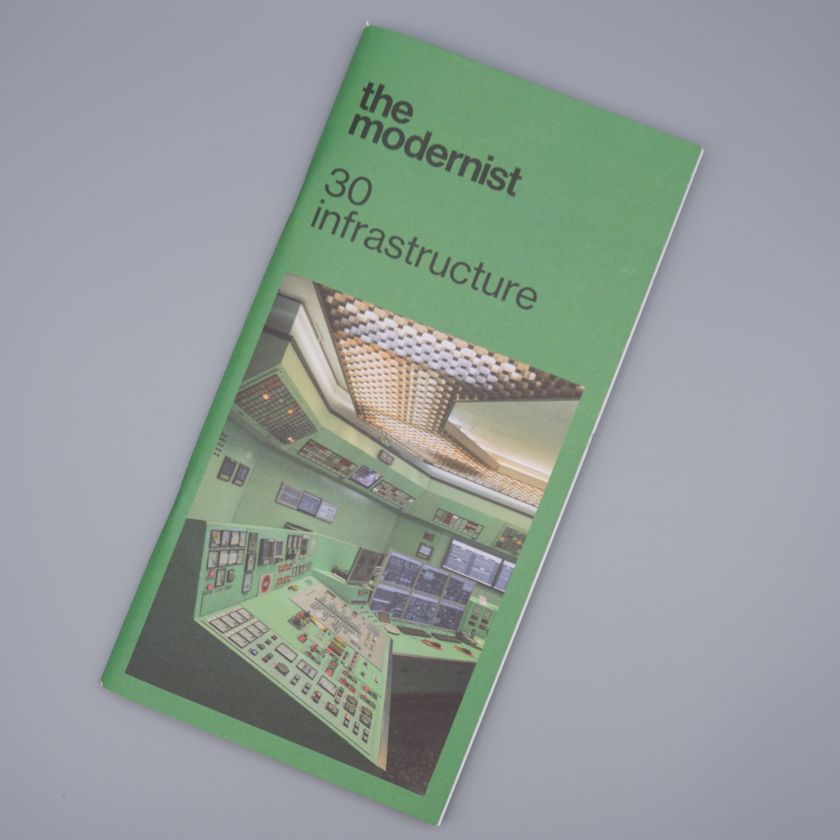 “This means it is accessible, and the subject matter is varied and relatable,” says Eddy. “We don’t do expensive photo shoots in private modernist houses that no one is ever going to be able to afford. We do articles about things like bins and motorways – which pretty much anyone can relate to.”

The conscious lack of advertisers is another element of its appeal. Without having to worry about them, the modernist team don’t have to make any editorial compromises. “We can take a few risks because we don’t have any advertisers to upset. Another factor is that we have always maintained high production values, despite having very limited means, and we’ve always insisted on good design and attention to detail. I think our readers recognise and appreciate this.”

Factory Records has often been cited as an inspiration in terms of the modernist’s business model, especially in terms of continuing the Mancunian tradition of not waiting for London to spoon-feed them something. And while Eddy stresses that the modernist team wouldn’t be so arrogant as to compare themselves to Factory, he admits they were something of a template. 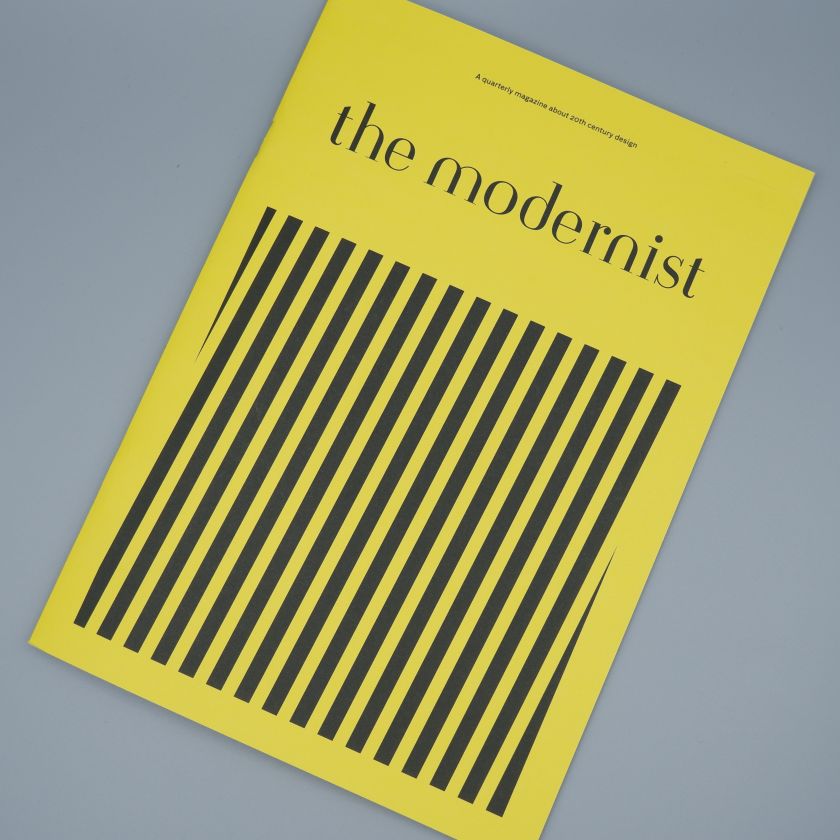 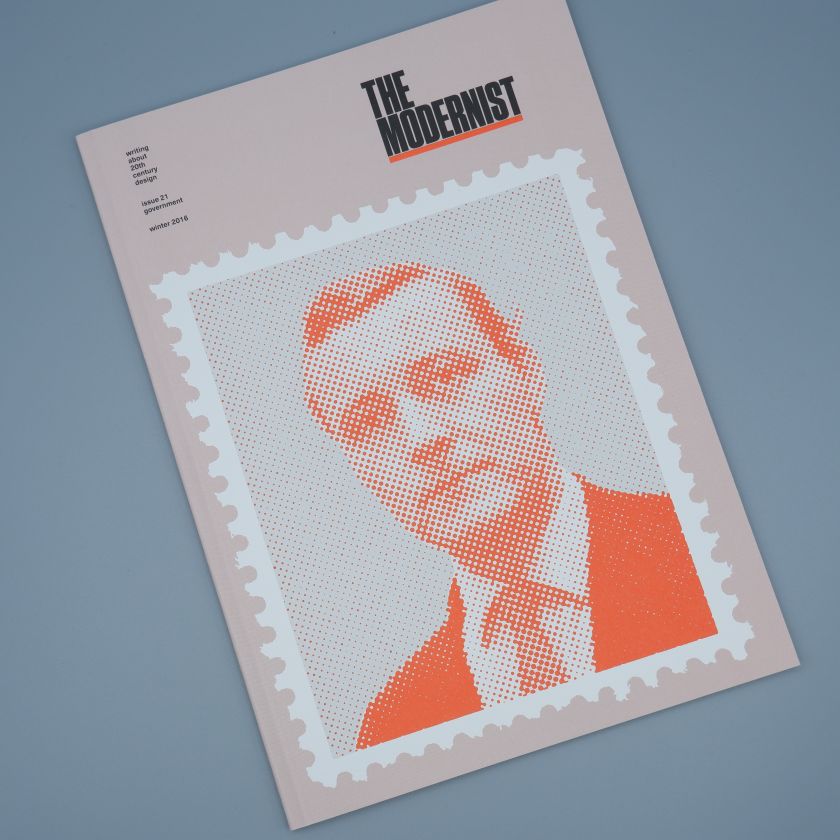 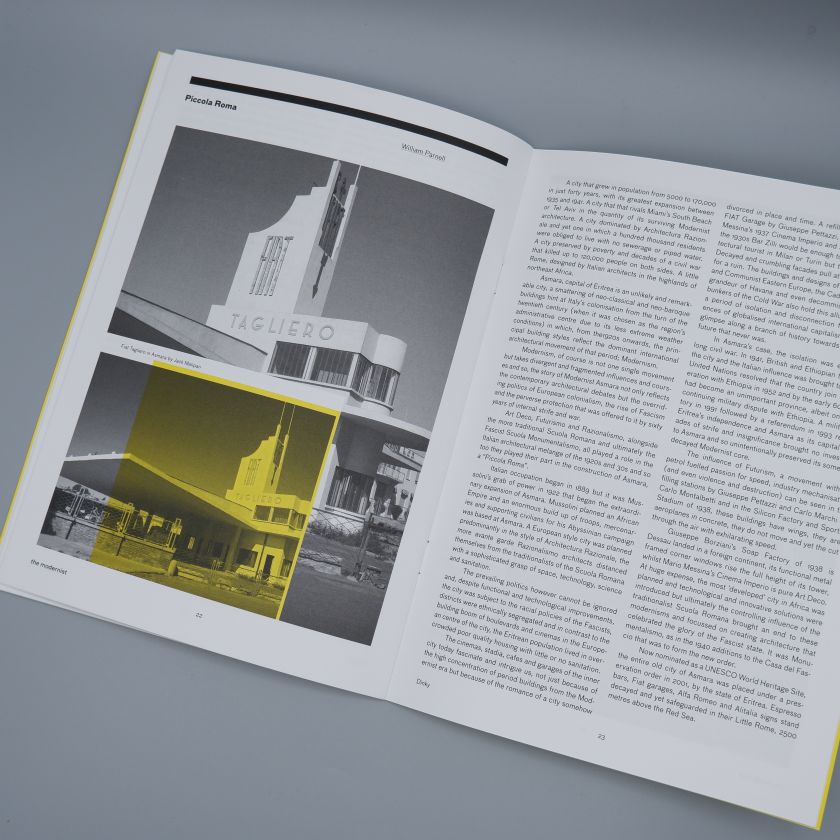 “Factory made a lot of very irrational decisions,” says Eddy. “Some worked, some didn’t. We can relate to that. Factory opened a world-changing nightclub. We started a magazine with articles about abattoirs and public toilets.

Another aspect of this influence can be found in the modernist’s approach to design. “We have very limited means but try and design the best publications and products we can,” Eddy adds. “Good design was in the DNA of Factory, and we hope we are continuing that. We also try and tap into local talent too and act as a way of promoting new and emerging talent, and hopefully give them a reason to stay in the north and not disappear off to London to find an outlet.”

With ten years of impressive articles under its belt, Eddy cannot be drawn on a favourite feature that has appeared in the modernist’s pages. His personal highlight of the magazine’s life so far, though, is when they started to get international orders.

“Some of the articles are a bit ‘niche’, and when I see our magazine, which for many years was just two fellas in an old mill thinking up daft ideas, going to the Australian outback or some two-horse town in the United States, it blows my mind. We have a real mix of people who read the magazine, and it’s brilliant that people all around the world dig what we do. It’s very humbling.” 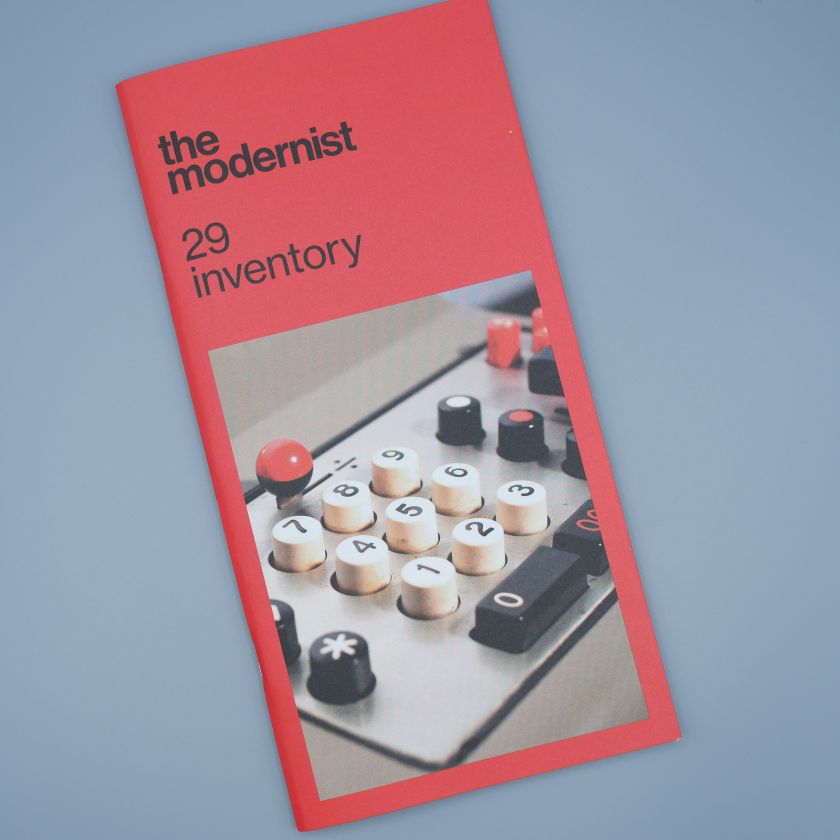 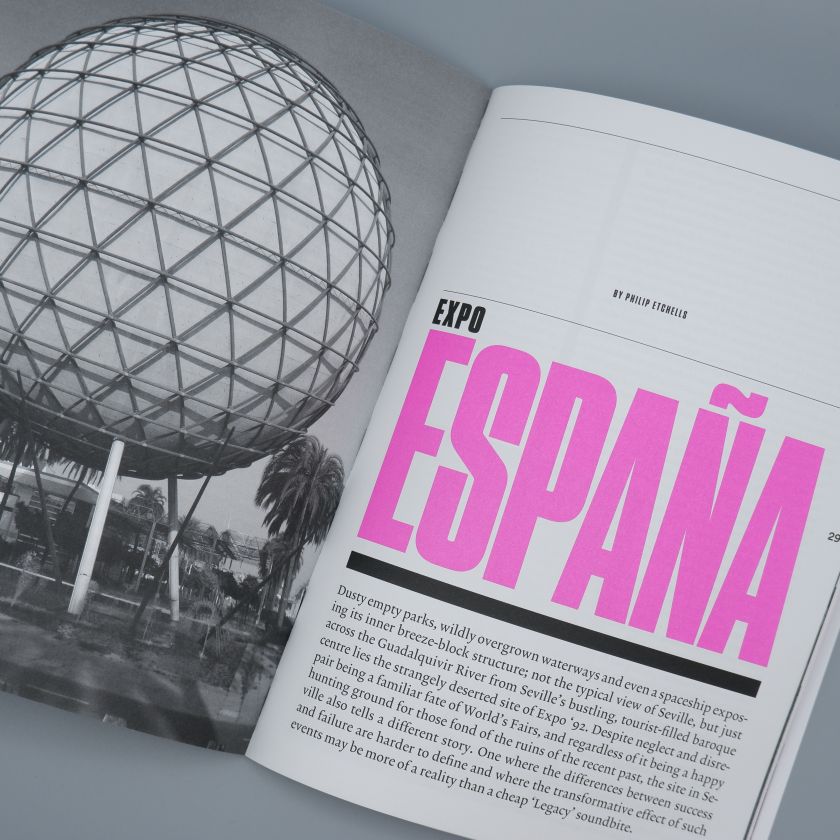 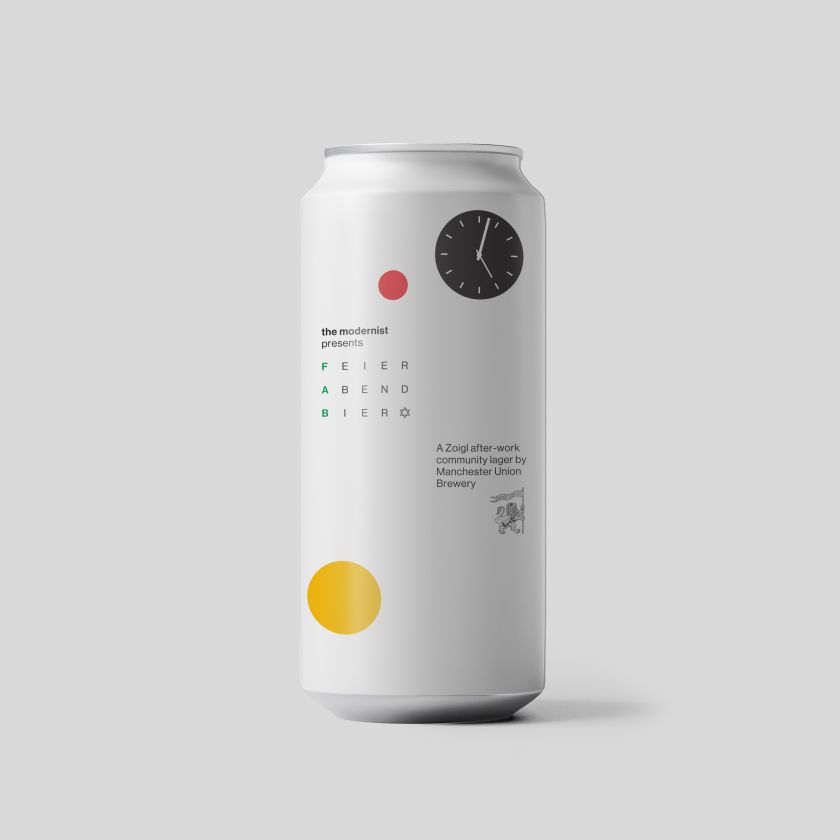 Since its launch in 2011, the modernist has expanded to include a shop, and a special celebratory lager made in collaboration with Manchester Union Lager and designer Trevor Johnson is in the works. But what can we expect next from this landmark publication? “We are working on a Space Programme and have set up our launch facility on Kersal Moor,” jokes Eddy.

“Really though, we have always been very risk-averse and grown slowly but continually. We try and cut our cloth to our means and like what we do too much to risk it for some hair-brained scheme.

“We’ve had to rethink ambitions a bit because of the pandemic, but for the near future, we are looking at increasing activities in other cities. We have ‘Chapters’ in Liverpool, Sheffield, Leeds, Birmingham, and Swansea, so we want to see them grow over the next couple of years. We want to continue publishing the magazine and have plans to evolve that too, and we also want to increase the quality and scope of our other publications.

“The shop and gallery continue to be popular, and if we ever return to normal after the pandemic, we hope to use our gallery space a lot more creatively – as we always intended to and had been doing before the plague descended! Our motto is Towards a Nobler, Braver Age, and that is something that perhaps everyone, not just us, should aspire to.”

The special 40th issue of the modernist, featuring contributions from Jonathan Meades, Elain Harwood, Tim Dunn, Jeremy Leslie and many more, is .