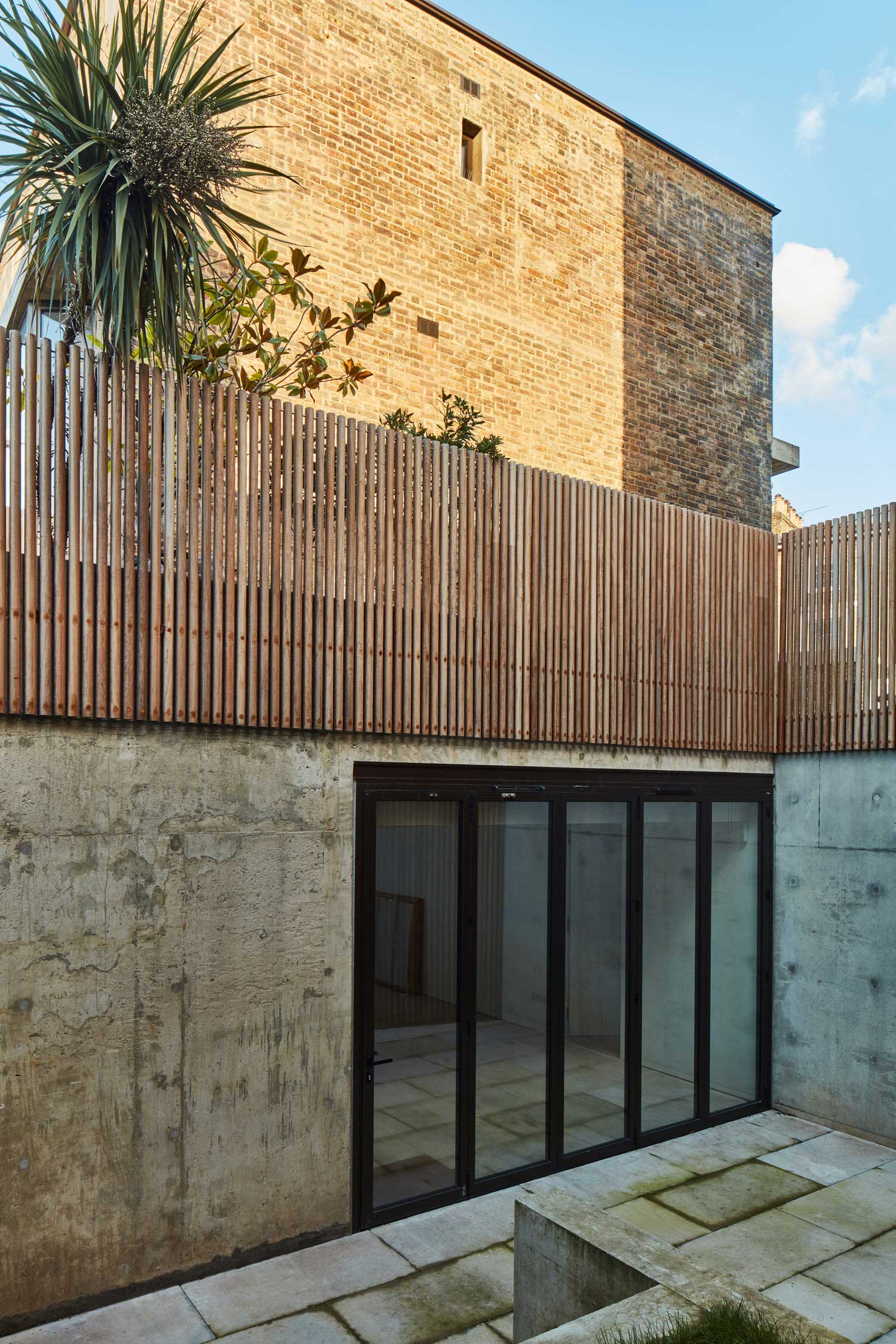 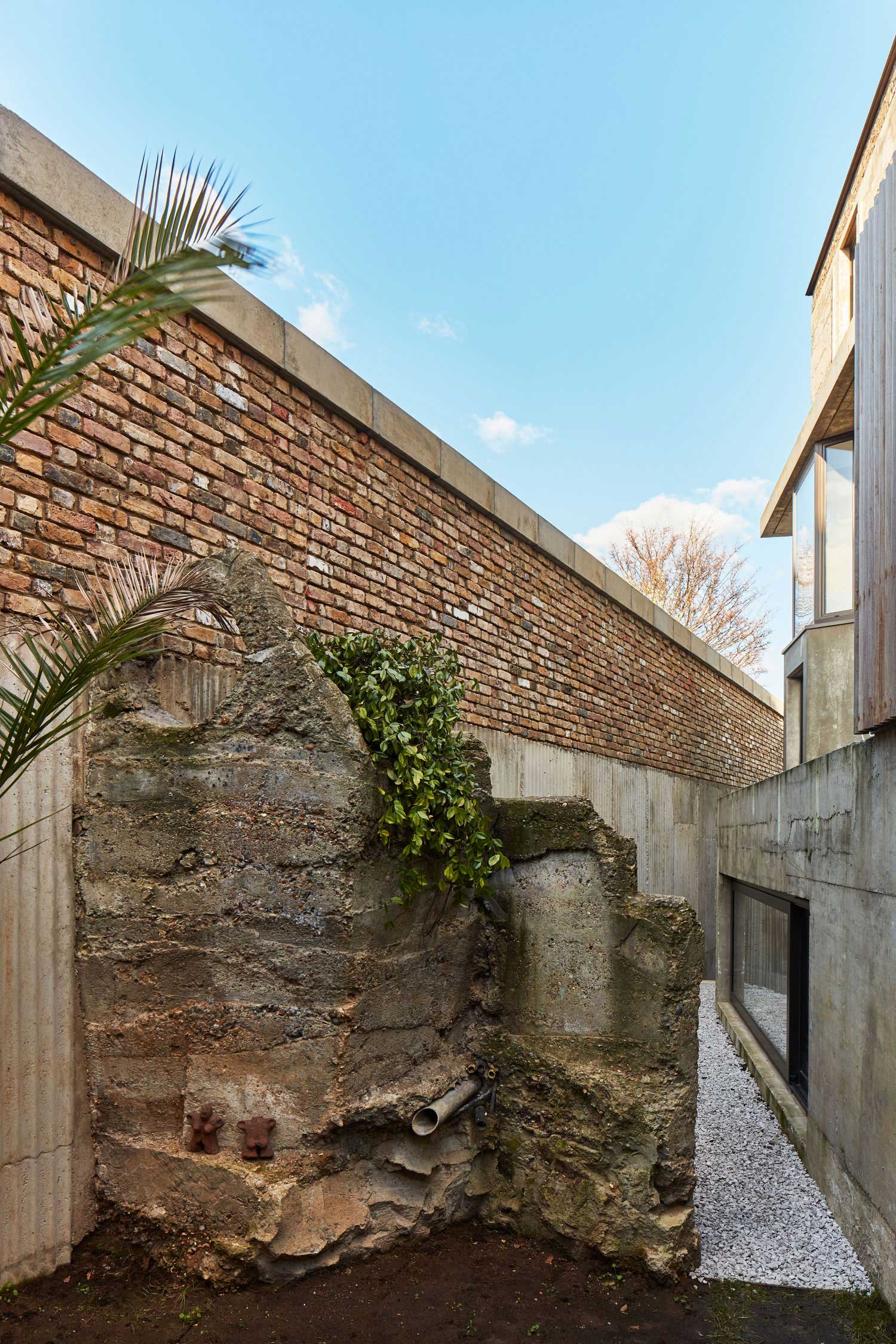 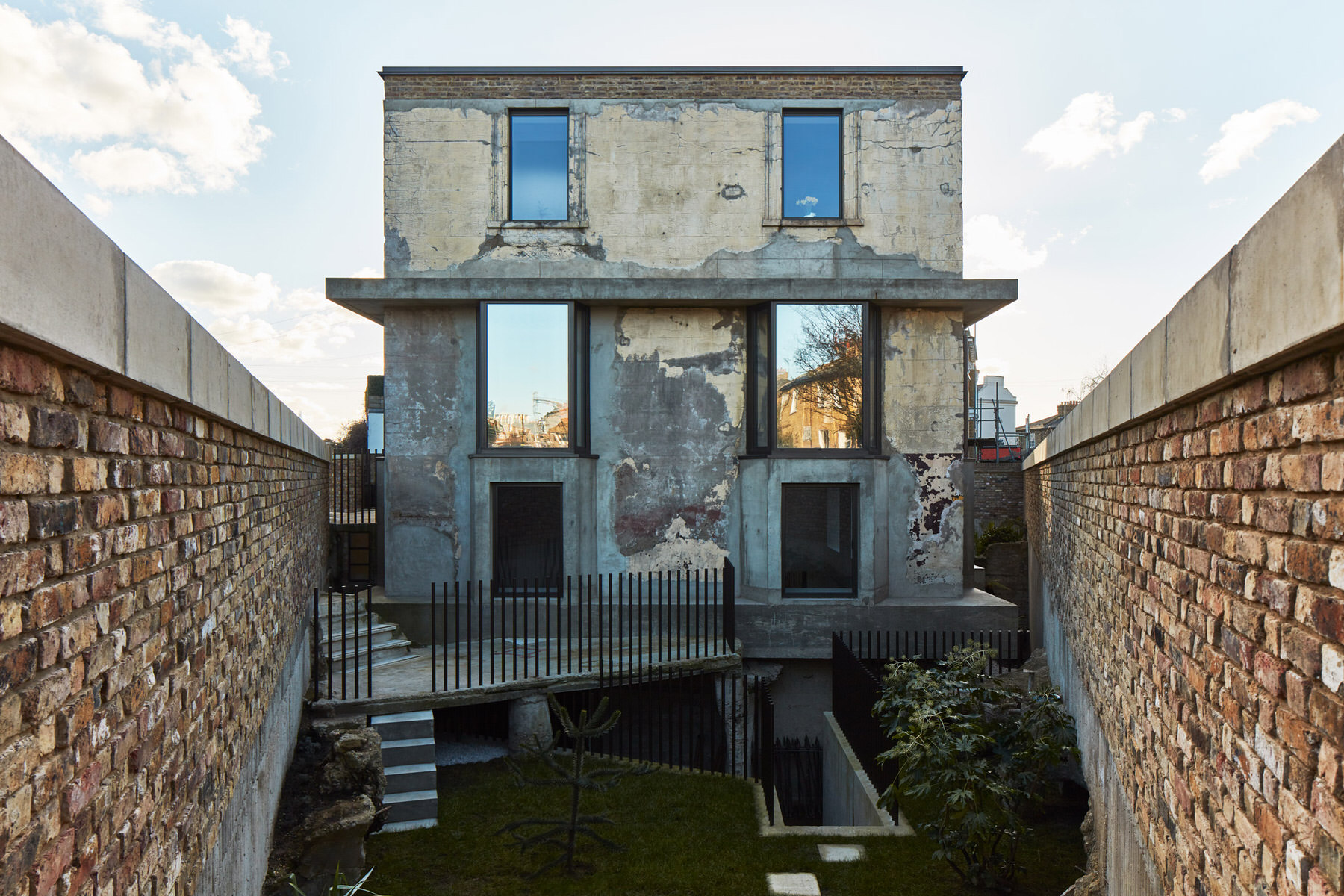 Once, there was a man called William Lyttle who was known as “The Mole Man of Hackney” due to the random excavations beneath his Victorian duplex. Fearing that the tunnels would cause his house to collapse, Lyttle was removed from his residence, leaving the house to decay. Three years later, the property on 121 Mortimer Road Hackney was acquired by Sue Webster, a British artist who felt that she “was possibly as mad as (Lyttle) to take it on”. Together with who previously designed her (and Tim Noble’s) Dirty House, the duo meticulously preserved and transformed the property into a 256 square metres three-storey studio home, now known as The Mole House.

Initially, Mole House was treated as an archaeological practice due to the aerated concrete used by the Hackney Council to stabilise Lyttle’s fragile tunnels. Of the 2,000 tonnes of concrete, 33 tonnes were unearthed by Adjaye and Webster to uncover Lyttle’s unconventional material made of newspapers and odd pipes. Along with remnants of the aerated concrete, these existing elements were later incorporated into Mole House’s newly made sunken garden that gently softens the sharp triangular property. Other unearthed elements, including a series of Thomasson-staircases, were kept for the landscape, contrasting the sharp stairs that Adjaye placed for access from the front garden. 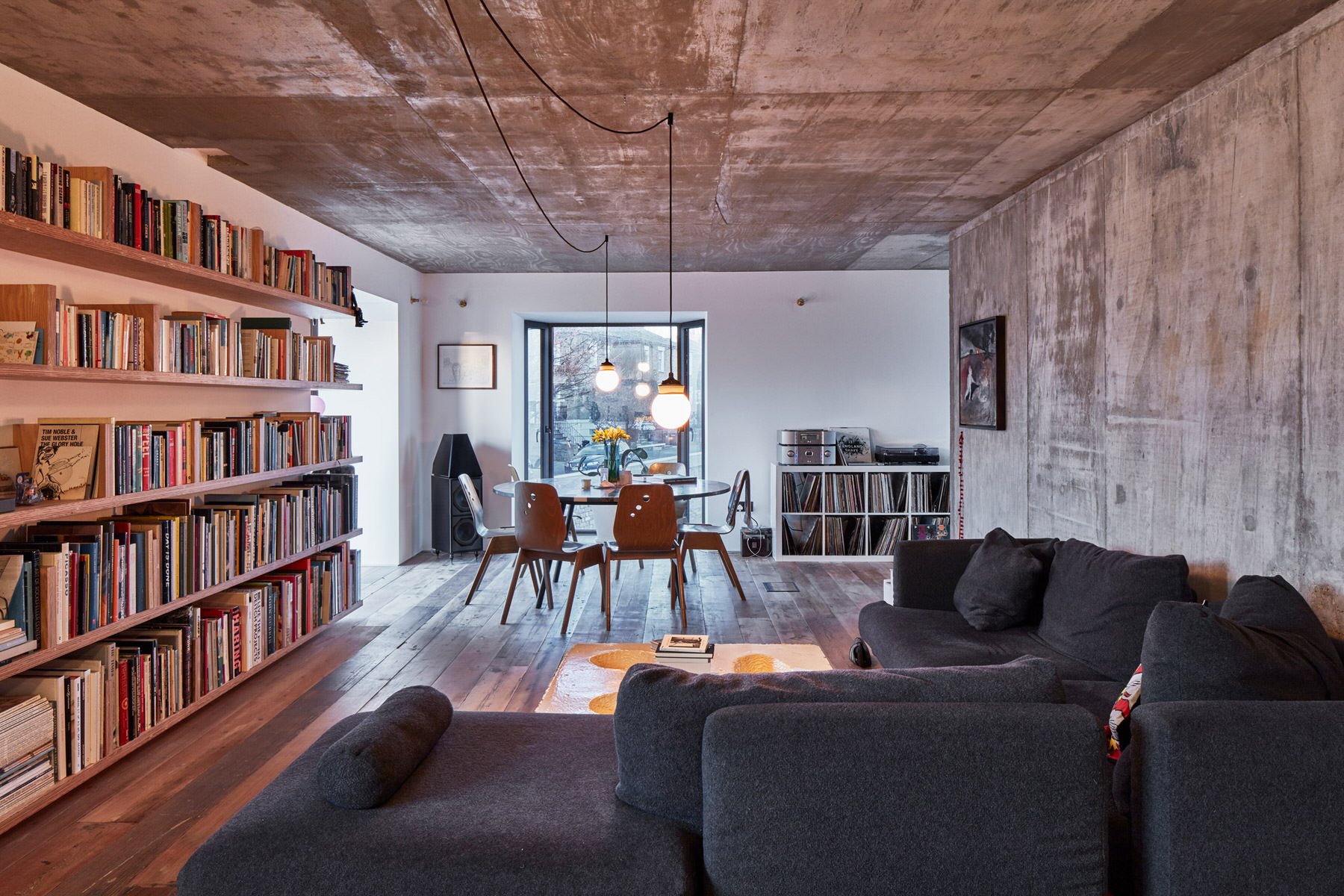 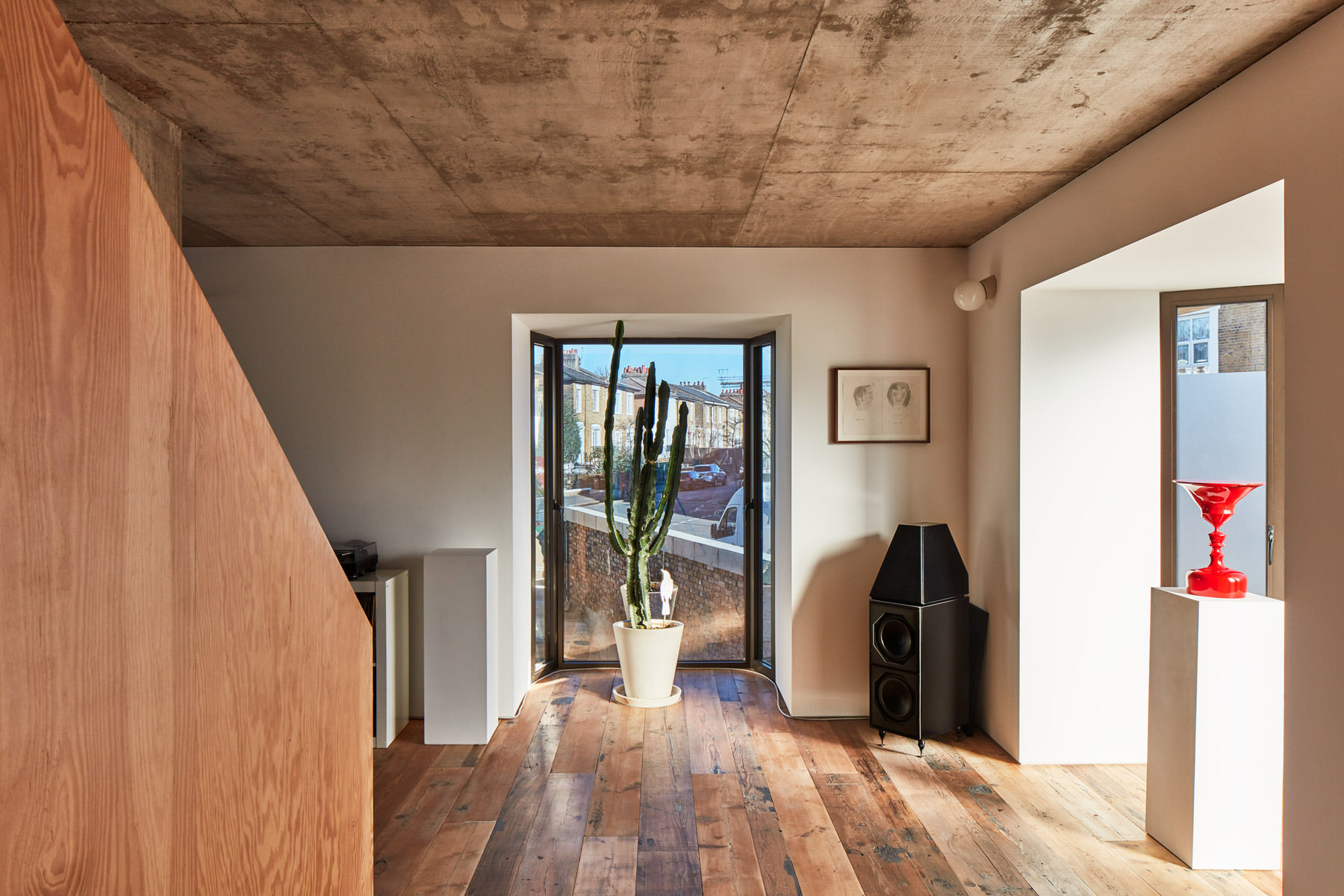 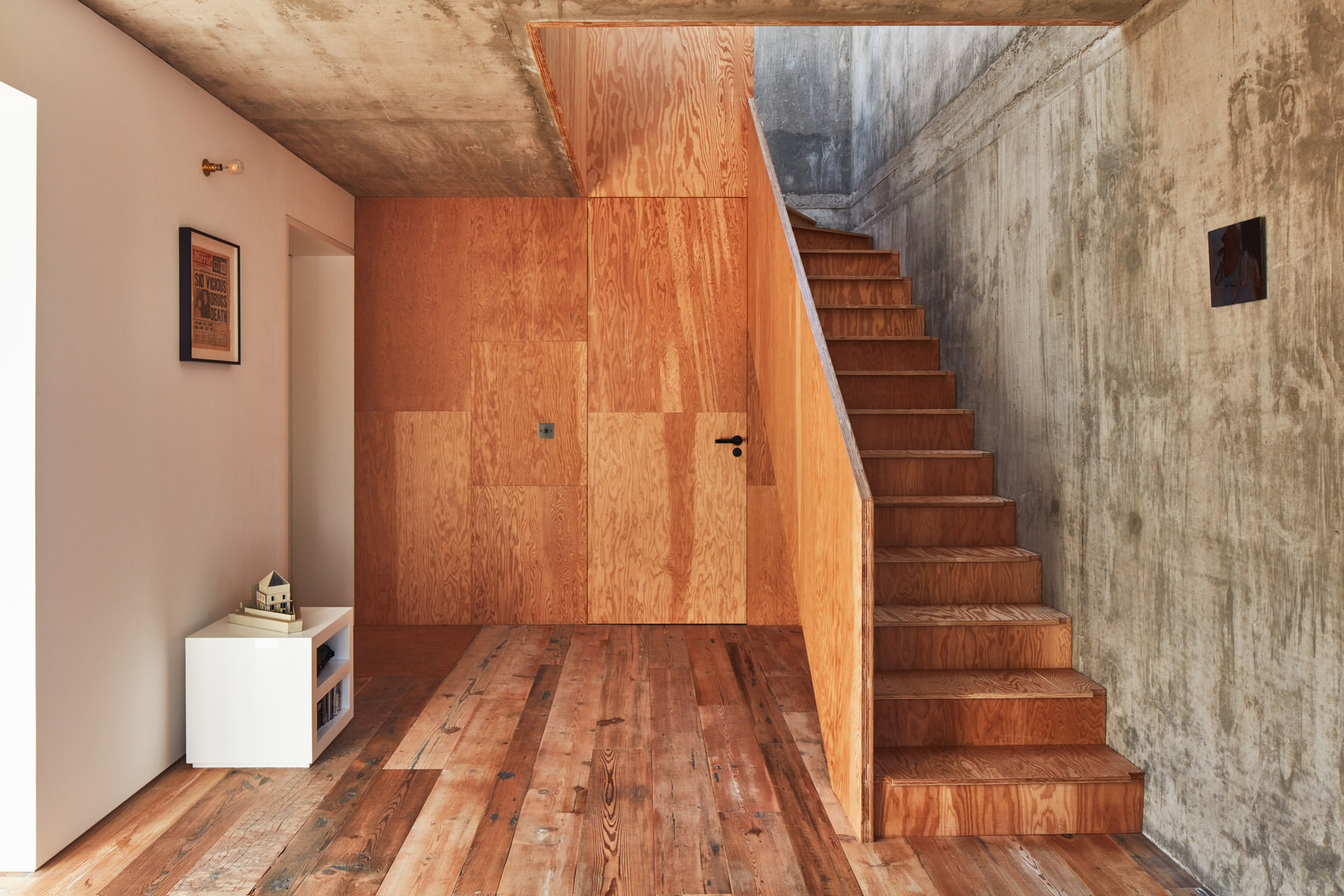 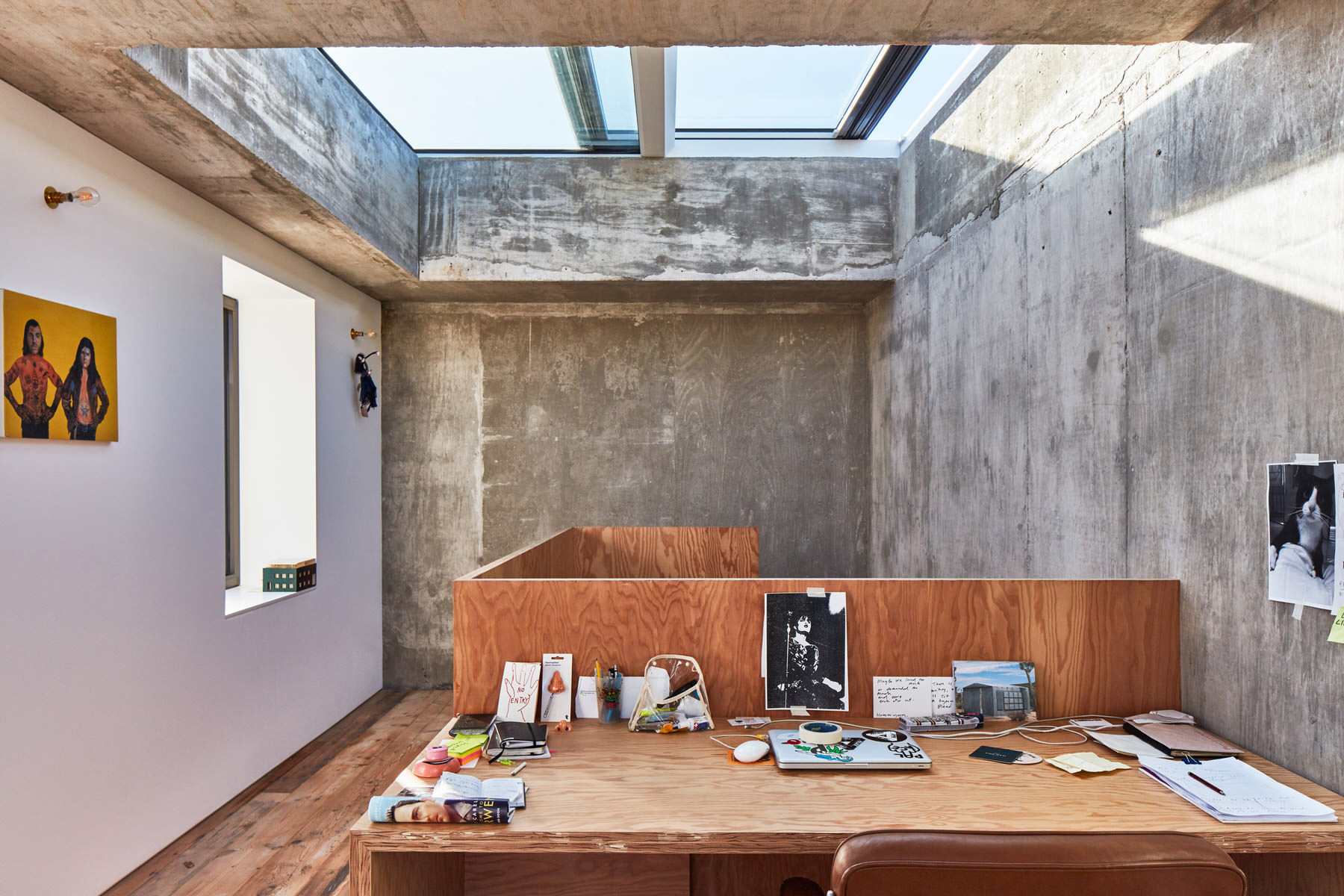 Webster, who was adamant in preserving as much of Mole Man’s legacy, refused to have the house rebuilt ‘brick by brick’. Instead, 15,000 rescued bricks were used to patch damaged areas to maintain its dishevelled appearance of sprayed paint and splayed stucco. Internally, rotting timber frames and walls were completely gutted and reinforced with a cross-shaped exposed concrete structure that simultaneously divides each floor into four spaces. Adjaye, wanting to “create a balance between contrasts and continuity” paired the concrete with white walls and timber floorboards, joinery, and staircases. The former collapsed roof once patched with a scandalous lingerie ad is replaced with a new slate holding a large openable skylight. Existing windows are refitted with bronze framing, and street-facing ones are coated with a mirror vinyl for mystery and privacy.

The dramatic renovation of the derelict interior directed the Mole House to match the contemporary times. The ground floor warmly welcomes visitors with a cohesive open-plan; and upstairs is fitted with the main bedroom, kickboxing space, guest room, drawing desk and a bathroom. Artworks created by Webster and Noble are thoughtfully scattered throughout. 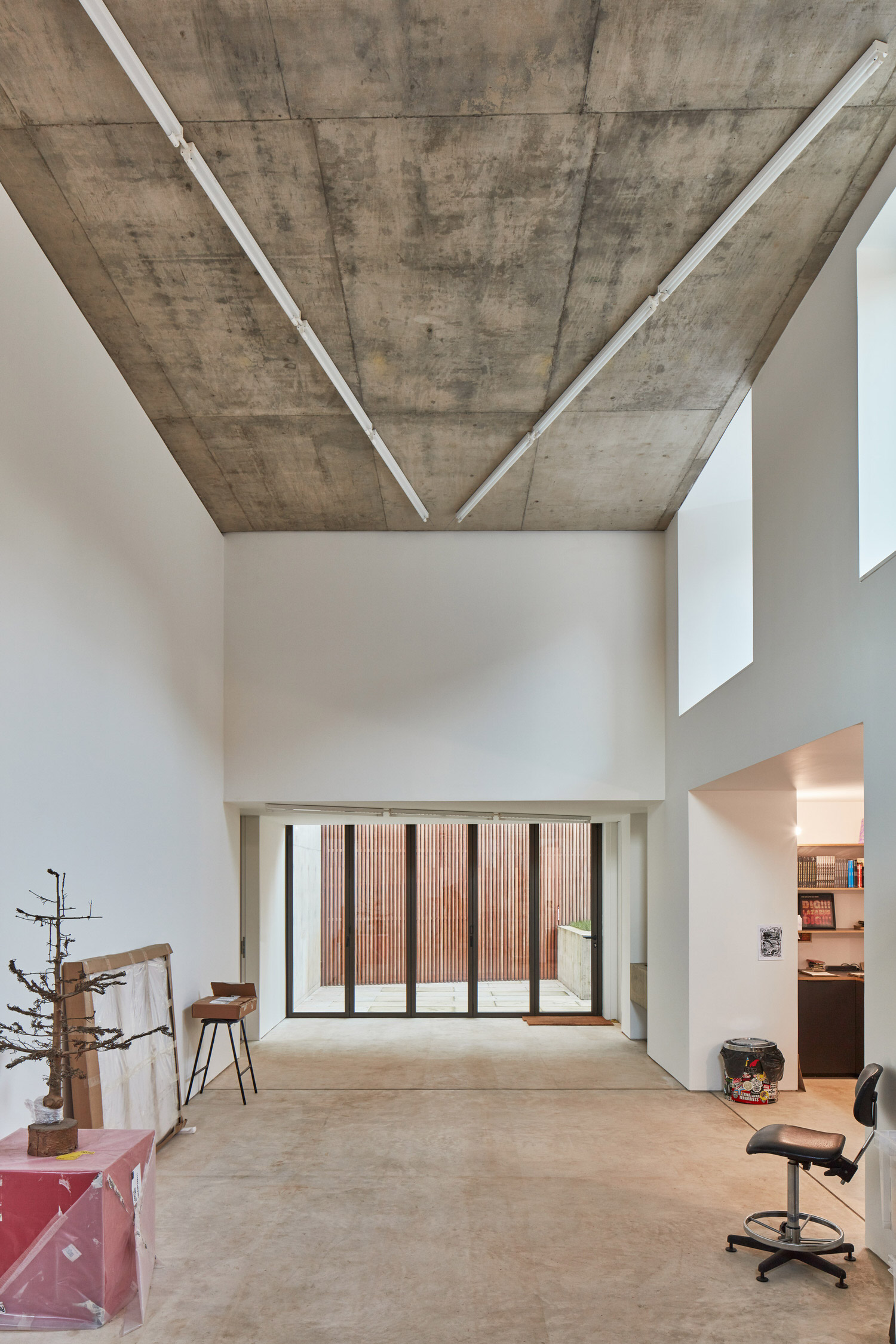 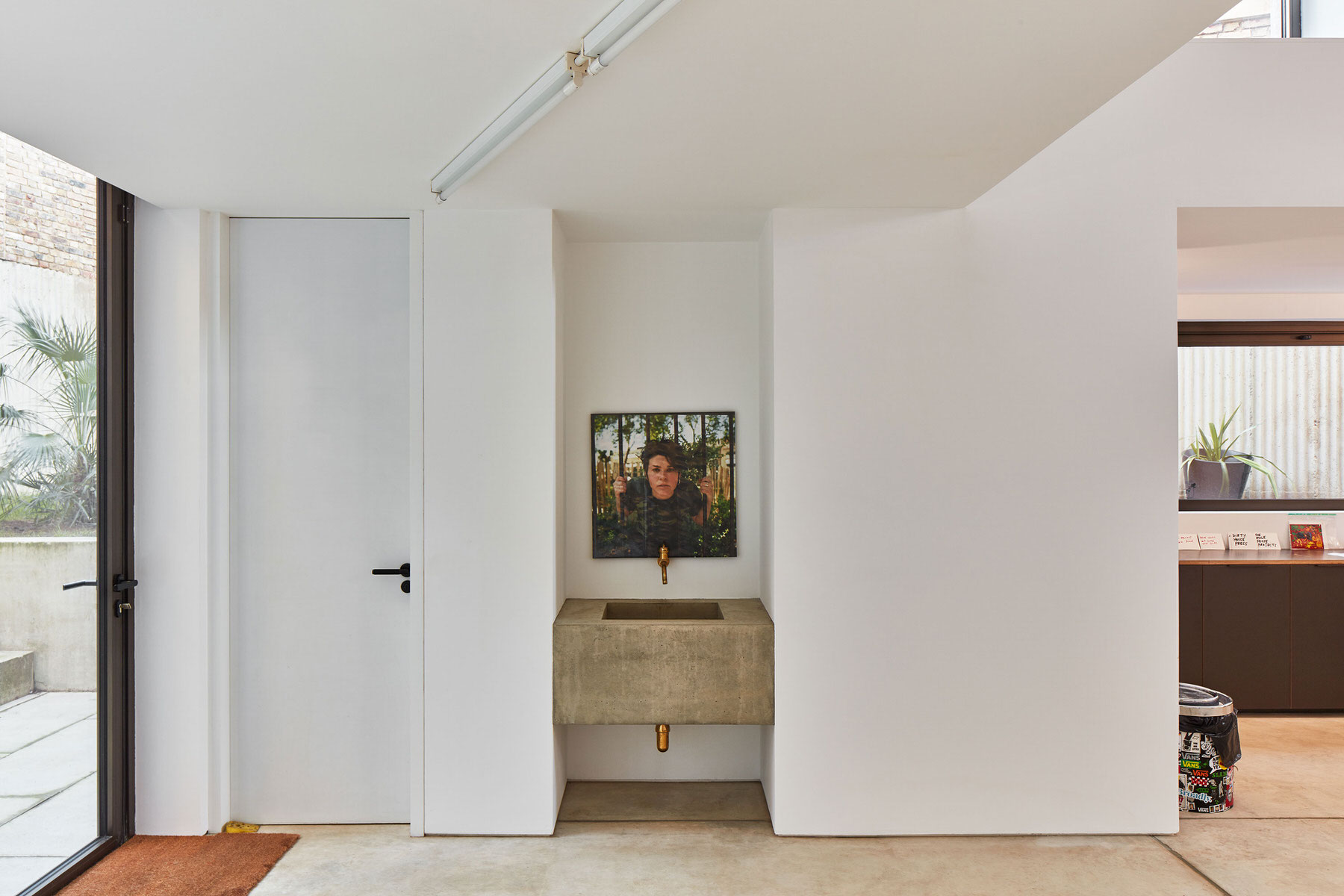 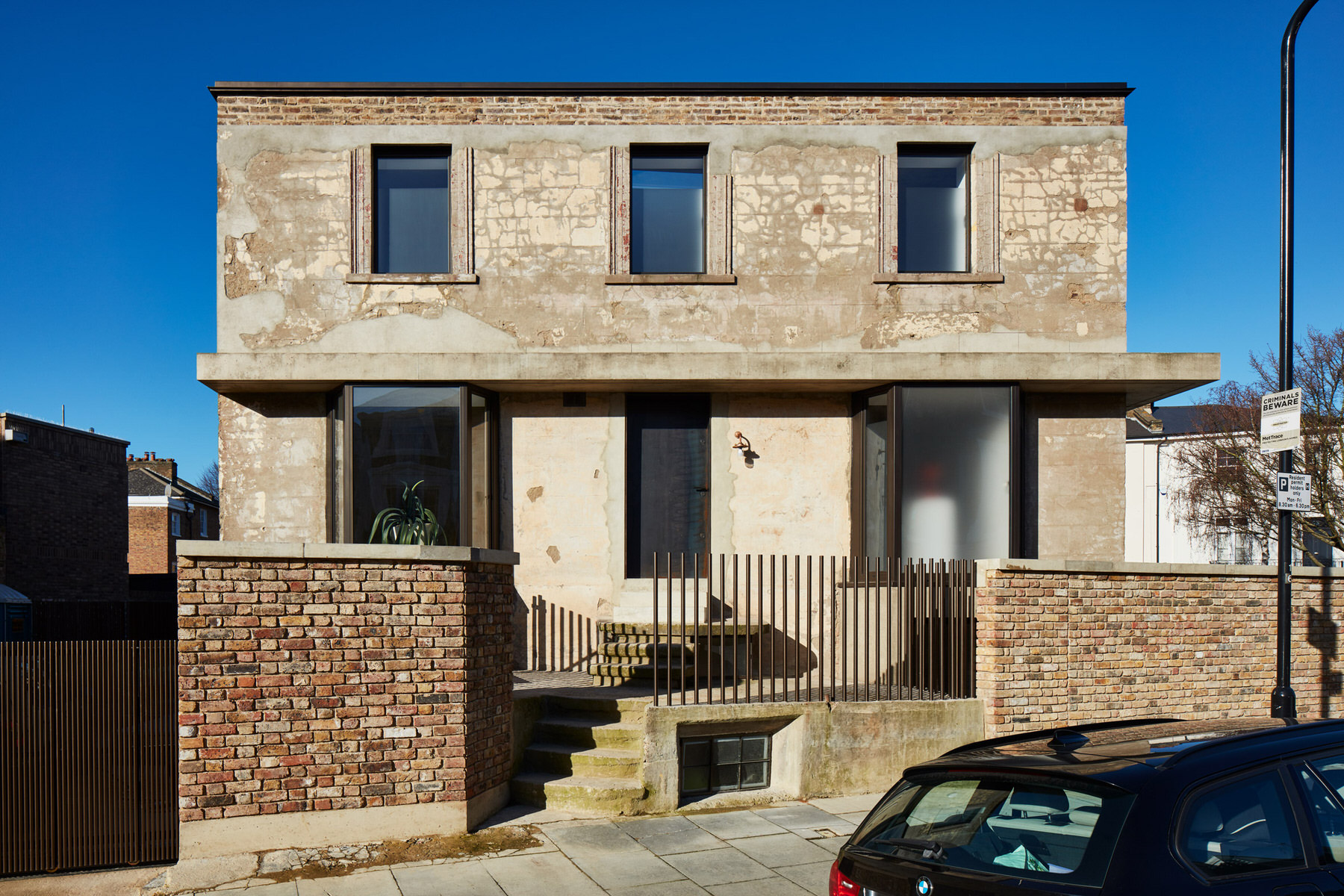 Paying homage to Lyttle’s peculiar hobby, Adjaye introduces several entrances to the house, with one of them being the secondary access into Webster’s art studio via the sunken garden. The basement, also accessible from the ground floor via a cantilevered staircase, is doubled in height, with windows placed at ceiling level to expand the ambience. You can say that there is an irony to have the studio located in the basement, as it parallels the origins of Lyttle’s tunnels.

For an artist who “(works with) junk”, I’d almost say that it was fate when Webster cycled past the house full of chaos and madness. Along with Adjaye’s excitement and curiosity, mixed with a cocktail of tenacity and patience – Mole House is revived to continually fuel eccentric manifestations while protecting an urban legend from becoming an urban myth.

After all, it’s not everyday one would have a -like neighbour who enjoys digging underground networks beneath his home, and then the digging would be so severe it caused a sinkhole.