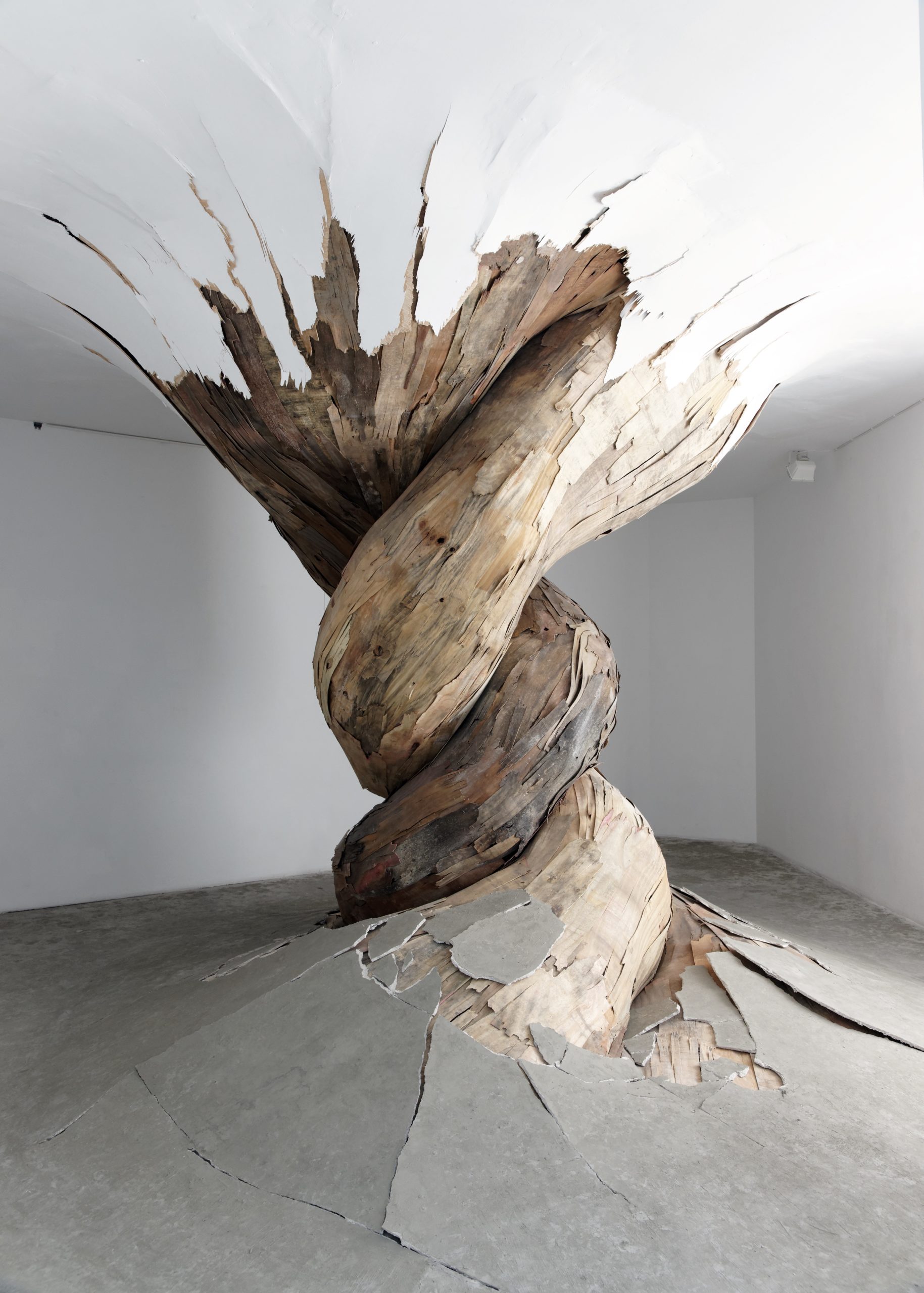 “Desnatureza” (2011). All images courtesy of the artist and shared with permission

Erupting from floors, doorways, and furniture, artist ’s artworks () are a remarkable comment on the relationship between the built environment and the power of nature. In installations that explore the relationship between reality and otherworldly spectacle, enormous wooden limbs and vine-like forms emerge from walls and ceilings that have been cracked, broken, and twisted around the emerging growth, unable to contain it.

Oliveira uses various readymade and organic materials such as bricks, wood, PVC, tree branches, mud, and other found items. He has incorporated tapumes, a Portuguese term for “enclosure” or “boarding,” which is typical of the plywood fencing installed around his home city of São Paulo that becomes weathered and varied in color and texture.

Pieces range in size from a few feet, such as furniture works like “Chest of Drawers,” to immense installations that sprawl across expansive exhibition spaces. Some of his largest works, such as “Transarquitetonica,” have been experienced by walking around the exterior or venturing inside. In this piece, the opening of a tunnel mimics the contemporary architecture of the Museu de Arte Contemporânea building in São Paulo. It then gradually transforms into a series of woody paths, giving the impression of exploring different routes inside a giant tree’s tangled limbs.

Many of Oliveira’s works are permanently on view around the world, and you can find more information on his and on . 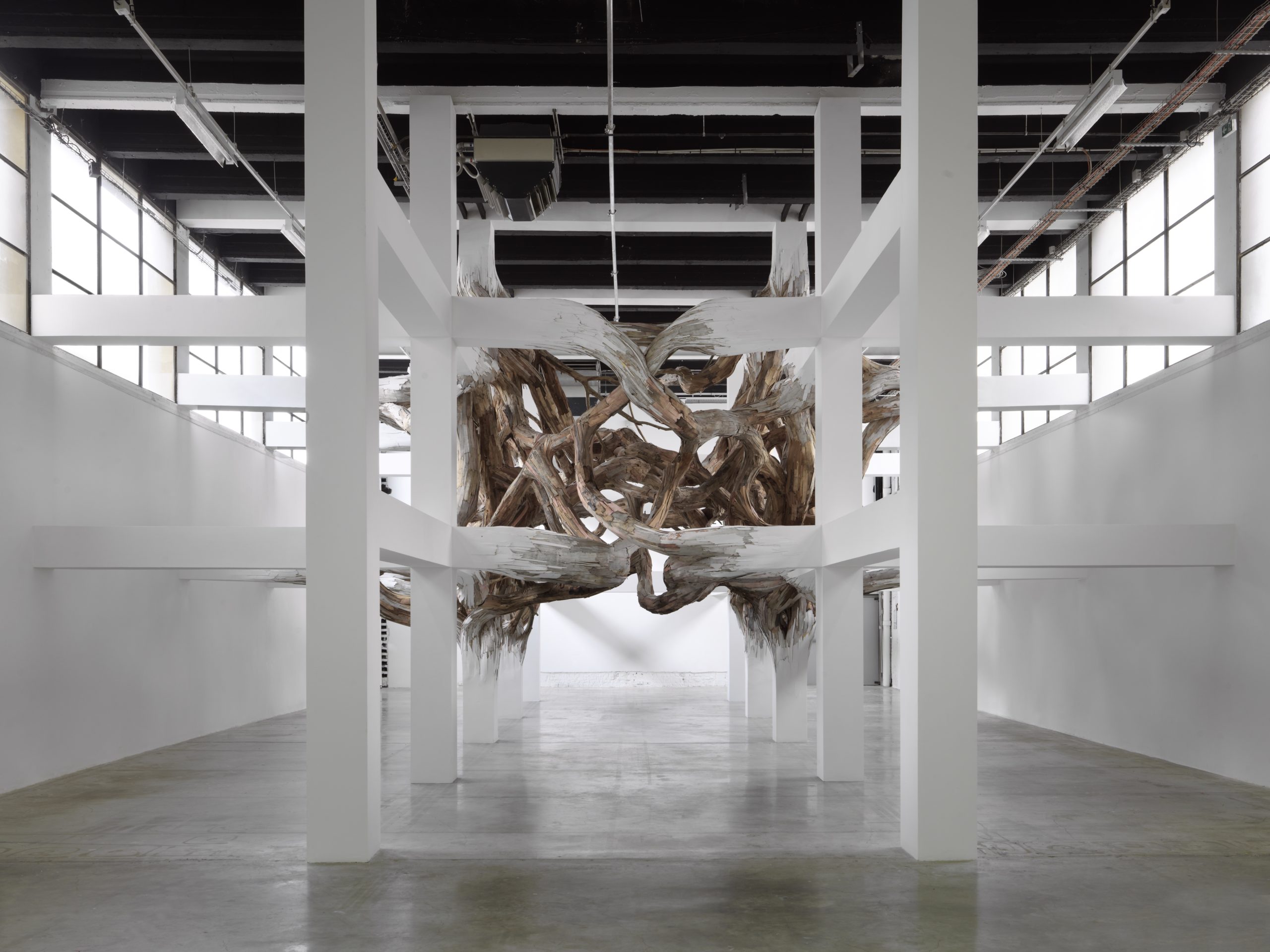