More and More Humans Have an Extra Artery, Proof of Ongoing Evolution 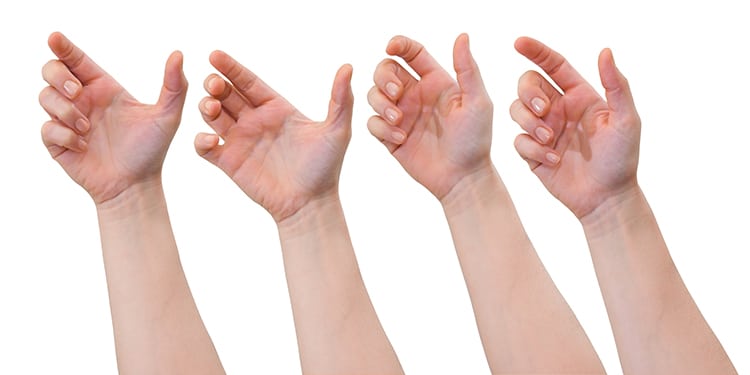 Opposable thumbs and walking upright are just two of the many developments brought on by the process of human evolution over many millennia. It may seem that humans are a “stable” species—fully decided in our anatomy with little variation over the generations. However, this is not exactly true. Humans are still evolving. A new study published in the Journal of Anatomy has found that over the past century, more and more humans have a third artery in their forearm in addition to the previously typical two.

This research on human evolution was conducted by Dr. Teghan Lucas at Flinders University and Professor Maciej Henneberg and Dr. Jaliya Kumaratilake at the University of Adelaide. The team focused on the forearm, which typically contains the radial and ulnar arteries. They examined 80 forearms of cadavers donated to science by Australians of European descent. Aged 51 to 101, the individuals were all born in the 20th century. The team found that 30% of these modern Australians had a sizable third central artery in their forearms, known as the median artery.

The median artery has long been known to anatomy experts. It forms in utero to supply blood to the hands of a developing fetus. In most people the artery is replaced—still in utero—by the development of the radial and ulnar arteries. However, some people retain the median artery through development and into their adult life. It can continue to function, providing the benefit of extra blood to the hand. It runs along the median nerve and can also of carpal tunnel syndrome.

To examine how humanity has evolved with the respect to the median artery, the researchers did some historical investigation. The median artery has been documented in autopsies since the 18th century. Dr. Lucas said in a , “The prevalence was around 10% in people born in the mid-1880s compared to 30% in those born in the late 20th century, so that’s a significant increase in a fairly short period of time, when it comes to evolution.” This may indicate that this element of human evolution is an accelerating change in general anatomy.

Dr. Lucas elaborated, “This increase could have resulted from mutations of genes involved in median artery development or health problems in mothers during pregnancy, or both actually. If this trend continues, a majority of people will have median artery of the forearm by 2100.” While the evolutionary purpose and cause of the increased retention of a median artery may still require some research, the body part is not the only one to change over the time. For example, humans have recently re-developed a bone in the knee known as the , which decreased in incidence and then rebounded in the present century. What is certainly clear is that we humans remain an evolutionary work in progress.

Researchers have discovered more people have a third median artery in their forearm than they did a century ago.